Sisu is one of the characters of Raya and The Last Dragon. The movie is a computer-animated fantasy and was released by Walt Disney Animation Studios in 2021.

Raya and The Last Dragon was originally supposed to come out in November 2020, but its release was delayed due to the Covid-19 pandemic.

The movie was very successful and ended up being the third most streamed film title of 2021. It made a total of $130 million worldwide and was positively received by critics.

Raya and The Last Dragon received several accolades such as a nomination for Best Animated Feature Film, even though the award was won by Encanto.

Sisu is one of the main characters in the movie. She is the last surviving dragon, but she has four other siblings. If you would like to know more about them, keep reading. Below we created a list of Sisu’s siblings ranked oldest to youngest.

Pengu is Sisu’s oldest sibling. He is best known for being the creator of the Dragon Gem. This is a precious stone that can banish evil entities and revive anyone who gets turned to stone.

Pengu has a teardrop-shaped horn and has a lime-green colour over his body and face, a dark blue tail, and olive-green eyes. He often assumes leadership since he is the oldest sibling.

Pengu can summon the rain. This is extremely helpful for the other members of his family as they can all run on the raindrops and fly.

Pranee is Sisu’s oldest sister. Pink and purple colors characterize her mane. She also has dorsal fins and tail fins. Pranee has a long magenta horn and her eyes are amethyst.

Pranee once died while fighting the druun. The druun are one of the main antagonists in the movie and they can turn everyone they touch into stone.

Pranee is seen at the end of the movie running on raindrops together with her brothers and sisters. Her unique power is shapeshifting and besides this, not much is known about her.

Pranee likely has a human form when using her powers but this is not shown in the movie.

Jagan is one of Sisu’s siblings. He has helped create the Dragon Gem and helps the other dragon prevent the druun from turning Kumandra into stone.

Jagan’s fur is deep purple and he has a jagged horn and light green eyes.

Jagan’s unique ability is to generate a thick fog which prevents enemies from seeing.

A post shared by Raya and The Last Dragon (@disneyraya)

Sisu, whose full name is Sisudatu, is one of the water dragons in the movie. For most of the film, she is the last of his kind.

Sisu is blue, but her fur gets darker on the back and lighter on her stomach, arms and face. Similar to her siblings, she has short dorsal fins but, unlike them, she possesses two dark blue horns with swirls. Her eyes are purple.

Throughout the movie, we also get to see her in her human form, which resembles a young Southeast Asian woman with long and messy hair. In this form, she maintains her violet eyes.

Originally, Sisu was supposed to die in the movie. However, producer Osnat Shurer decided to revive her.

Amba is Sisu’s youngest sibling. Her special ability is to glow in the dark. This skill probably helps her see in the dark, especially when in water. This information is disclosed by Sisu when Raya held the first broken piece of the Dragon Gem.

Amba’s body is pale violet-blue with white streaks along her back. Her mane is of a deep shade of indigo very close to blue. She has purple eyes and violet dorsal fins.

Sisu describes Amba as ‘classy-looking’ while talking to Raya and showing her her siblings’ stone states. 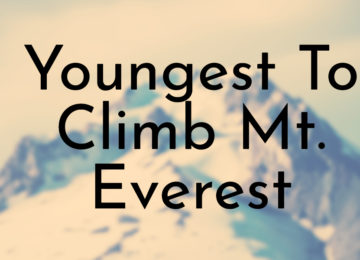