Disney animation and the characters that inhabit its vast, mysterious, magical world are so ingrained into the childhoods of the young and old that they’ve become part of our collective conscience. The time we’ve spent with these characters is intertwined in the memories spent with loved ones on a winter night, snuggled up on the couch with the people we cherish the most.

We see ourselves in the swashbuckling pirates, the knights in shining armor, the damsels in distress, and the youthful, thrilling adventures of the heroes and heroines. There’s something to relate to with every character ever penned to paper. That’s what make’s them so enamoring.

This time, we’ll be looking at the youngest princesses that have captured our hearts and tugged at their strings. The same ones who exemplify courage and youthful optimism.

Elsa is the 21-year-old princess and older sister to Anna from Frozen and Frozen II. Elsa, a villain in some iterations, was a neutral but cold-hearted character in earlier iterations. In her films, she’s shown as a misunderstood character battling an internal struggle of concealing her powers from the world while trying to remove herself from the fears of unintentionally hurting the ones she loves as she grows into her powers.

Elsa’s reception was positive. Critics praised her layered characterization as a princess who’s vulnerable but strong when she needs to be.

Else and Anna make a cameo in another Disney hit, Ralph Breaks the Internet. During the climax of the film, Elsa and other princesses like Moana and Ariel, use their powers to save Ralph. They introduce themselves as friends of the character Vanellope, adding that anyone who is a friend of hers is a friend of theirs as well. 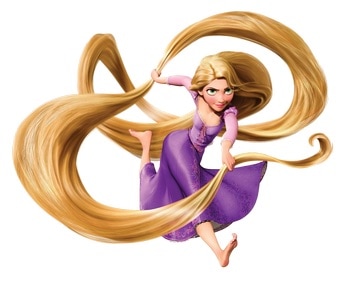 Rapunzel is the protagonist in the popular film, Tangled. Her lively and spirited personality drew a lot of comparison to the next princess that we’ll be listing next. She became a fan-favorite after the movie was released in 2010. Though she was born into her title as princess of Corona, Rapunzel was 18-years-old when we first join her journey.

Her character and her film was based on the Brothers Grimm story also titled Rapunzel. Unlike many princesses who aren’t the lone siblings of the family, Rapunzel was relatable to many only-children as she was the only child of King Frederic and Queen Arianna of Corona.

Tangled was a major success on its release. That was partly in thanks to its subversion of the typical Disney tropes of the princess always needing to be the damsel in distress in need of the dashing, male hero in the shining armor, riding in on the white horse. Instead, Rapunzel was a little rebellious. She had an edge to her that made her appealing to girls that were looking for something a little defiant and more reflective of the time.

As far as the age of princesses goes, Anna is older than how they usually come. At the end of Frozen II, she becomes the Queen of Arendelle at 18-years-old.

Anna is the youngest of the royal family of Arendelle. She’s also a younger sister to Elsa, who was born with the power to create and control ice and snow.

Anna was loosely based on a character named Gerda in the Danish fairytale called “The Snow Queen,” written by Hans Christian Andersen. Andersen was an accomplished writer who received acclaim as a play-write, novelist, and poet. However, he’s most remembered for his enchanting fairy tales, which consisted of 156 stories across nine volumes.

Ariel is the first princess that was nonhuman and a lady of the seas. It’s very kind of Disney to show that the aquatic fans of their intellectual property deserve to be included and represented in these tales that inspire wonderment and adventure.

Ariel is the youngest of King Triton and Queen Athena’s seven children, who reigned over their kingdom, Atlantica. She was 16-years-old when she earned the title of princess and heir to the throne. But for this newly dubbed princess with an angelic voice, she resisted the prestige of royalty. She wanted to be human, dreaming of a life on land with her true love, Prince Eric.

In 2000, Ariel officially joined Disney’s “Disney Princess Line,” a franchise dedicated to showcasing and celebrating these characters we’ve fallen in love with. The franchise is marketed toward young girls, offering a connection beyond the animated films through access to more intimate media like magazines, music albums, games, and clothes. 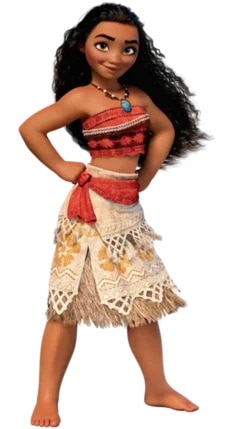 Moana, the star and lead of her film of the same name, is the daughter of Motunui’s village chief, Tui. She became the ocean’s chosen one, tasked with restoring the Heart of Te Fiti to save her island from life-killing darkness. She’s also one of the rare few princesses that wasn’t based on a preexisting character.

If we want to get technical, there’s some debate about whether we can call the 16-year-old Moana a princess, considering she was sure to make it known that she wasn’t the type. Maui, the shape-shifting demigod, exclaims, “if you wear a dress and have an animal sidekick, you’re a princess.” If a demigod says it, it must be true. Couple that with the fact that Moana joined the lineup of Disney’s princess line, it’s probably safe to include her in the prestigious group.

Moana marks only the second princess to not have a love interest in her film. Like Rapunzel, Disney makes it a point to stay from some traditions that were overplayed and exclusionary to a part of their fanbase.

Mulan is unique among a group of unique heroines. She’s based on the legends of Hua Mulan, a legendary folk heroine from the Northern and Southern dynasties of Chinese history.

In a debate over semantics, one could argue that Mulan isn’t a princess at all as she doesn’t officially hold the title. She does, however, carry the title of Imperial Consul. And in her movie, she is nothing short of what we’d call heroic. By the end, she is the princess of the people, saving all of China from Attila and his Huns.

Disney’s original plan for Mulan was to have her escape oppression in China by running to Europe to marry a British prince. The director, Tony Bancroft, saw this as a missed opportunity in tapping into the potential of what the movie could be. Inspired by his daughters and wanting to create a story they could be proud of, he opted to turn her into a strong, independent heroine who could shoulder the weight of an entire nation. She rose to the challenge and earned the respect of the emperor and China, cementing her legacy as one of the best characters, male or female, ever put to screen. 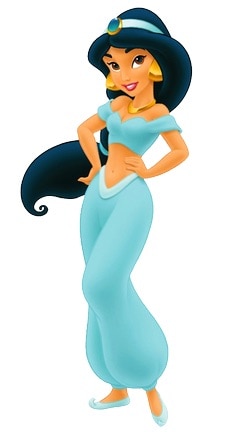 Jasmine is the only child of the Sultan of Agrabah. She’s a 15-year-old princess and love interest of Aladdin, the kind-hearted thief who likes to shoot for the stars when it comes to who he thinks is in his league!

Much like the other princesses in Disney animated films, Jasmine is praised for her humility and ability to see past flashy, royal titles, all in the name of searching for a love that is genuine and goes beyond material possession. Her character is based on Badroulbadour, a princess that appearing in the folktale “Aladdin and the Magical Lamp.”

Snow White is maybe the most notable of all princesses ever put to paper or screen in Disney’s illustrious history. While being the youngest princess at 14-years-old, she’s also the first princess in the first animated feature ever. It’s no surprise her status as the granddaddy of princesses carries an almost mystical quality that places her in a separate part of our hearts and minds, which we protect intensely.

She’s the protagonist of the 1937 animated film Snow White and the Seven Dwarfs. It goes without mentioning that it’s a timeless classic and paved the way for all soon-to-be princesses.

Snow White is based on the German fairy tale “Schneewittchen.” As the name suggests, the original tale was much darker than what we saw on screen. That was typically the case for most fairytales we’ve come to love!