The BMW car models are one of the most powerful, the most beautiful and the most luxurious and has since become the largest automobile manufacturer in the world.

The company has been a major player in the global car market for over decades of years, producing some of the most popular and iconic models throughout that time. The company designs and manufactures luxury vehicles that are known for their technological innovation and high quality.

Over the years, it has been responsible for selling plenty of cars with varying price points and ratings for different generations. While their oldest car may not be what you want to drive today, the collection below will give you some good insight into what an early-generation BMW was like.

Below is a list of the oldest BMW cars ever produced.

Hoffman, who was also influential in the design of the 300SL Gullwing, had an idea for a sports vehicle that would sit in the middle between the pricey Mercedes-Benz and costly MG Gullwings.

Each BMW 507 was individually unique thanks to its handcrafted aluminum body; no two vehicles were exactly the same.

The 507’s frame was a scaled-down version of its larger brother, the 503 grand tourers, and had a design that was almost too flawless to be manufactured in large quantities.

The bulk of 507s had soft convertible tops, but 11 of them came with an optional removable hardtop for the fortunate few.

The 507’s suspension was built by the top BMW mechanics in Bavaria, and it had a front anti-roll bar, double wishbones, front and rear torsion bars, and Alfin drum brakes. 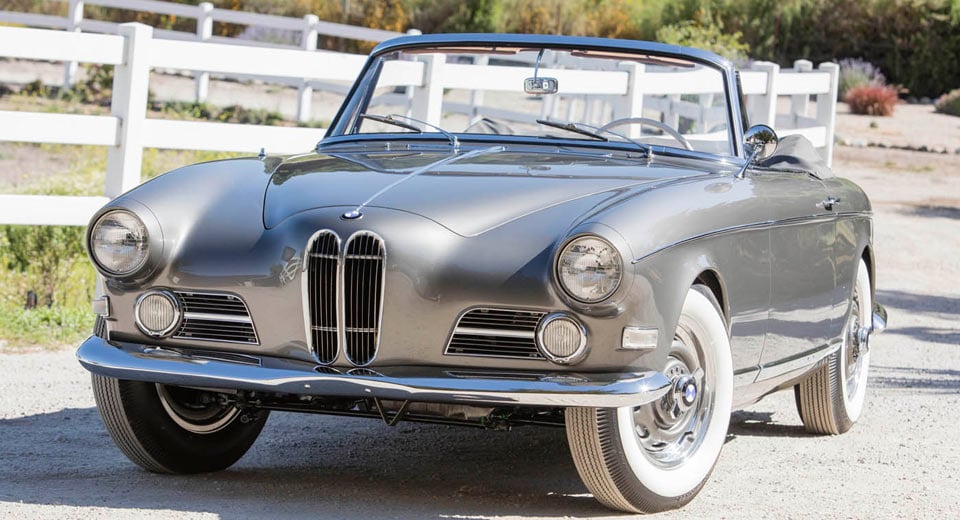 Initially, a flashy style with rounded mudguards that accentuated its resemblance to the BMW 502 sedan was envisaged, however rules pertaining to things like light location made such a form impracticable.

As with the 502, the four-speed manual transmission was initially positioned independently of the engine and the back axle of the BMW 503.

The four-seater BMW 503, which included amenities like leather upholstery and motorized windows, satisfied the rising demand for elegance and very attractive design during the early stages of Germany’s economic success.

Based on rough sketches created by Kurt Bretschneider, the automobile was fashioned by the creative auto designer Albrecht von Goertz. 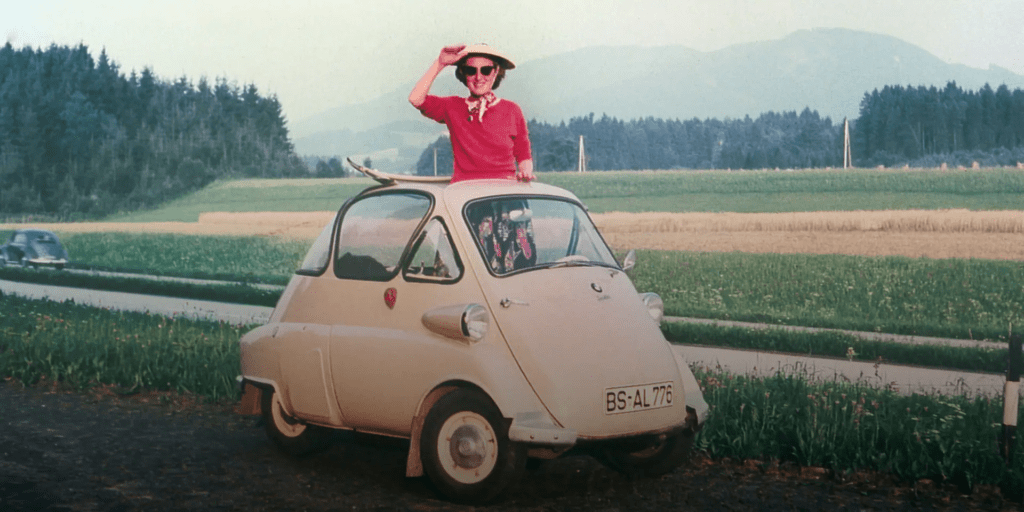 Between 1955 and 1962, the Bayerische Motorenwerke built the microcar known as the BMW Isetta under license. The “Motocoupé,” sometimes known as a bubble automobile, is based on a design by the Italian firm Iso Rivolta.

Isettas usually featured a door in the front and a one-cylinder, four-stroke engine in the back.

The short version of Iso is Isetta. In fact, they added the fourth tire, giving the German automobile four tires as opposed to the Italian car’s three, despite what the nomenclature change would imply.

The BMW Isetta 300, which had a 300 cc engine and 13 horsepower, was released in 1956 by the Bavarian manufacturer. Up to 53 mph was the top speed possible with both variants.

Similar to a modern sunroof, every Isetta featured a canvas roof. 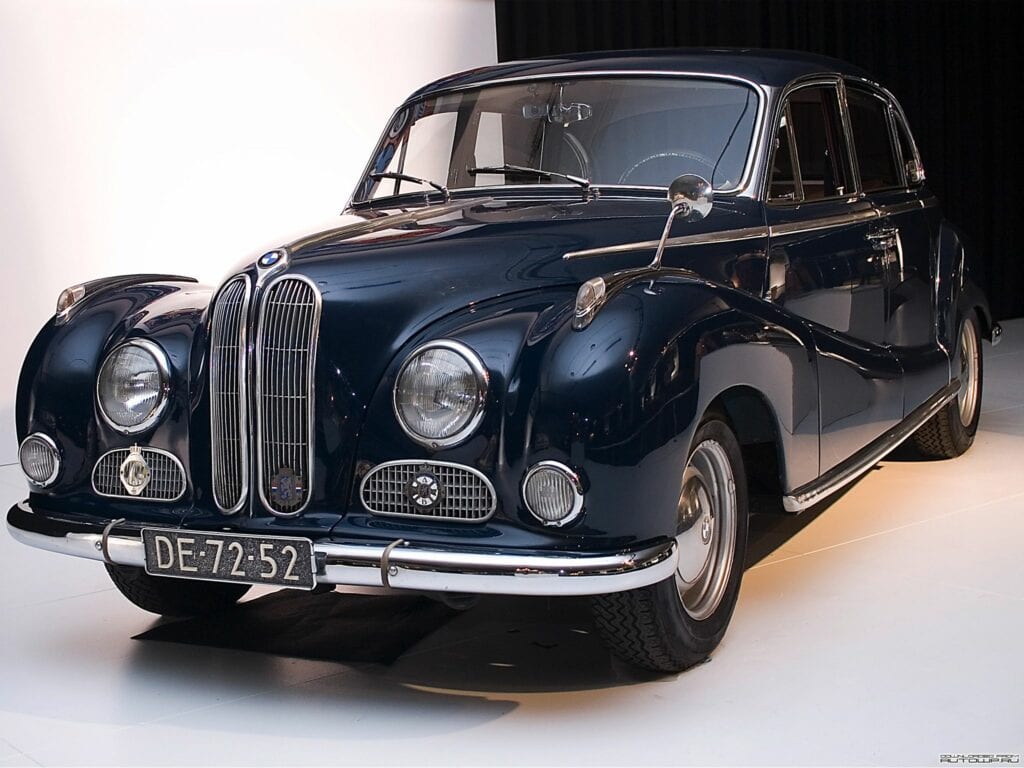 BMW manufactured and sold the 501 as its first vehicle following World War 2. Powered by BMW’s M337 straight-six engine and built on a brand-new basis, the 501 also had a few V8 versions made at the end of its run.

BMW stopped making the original 501 in 1958, but the body and platform were utilized in the subsequent 2.6 and 2600 models, which are also regarded as belonging to the 501. In 1963, production on the 501 and its descendant models came to a halt.

The vehicle had a strong chassis that offered better than average side impact protection, a steering column that was unusually short with the steering gear set far back from the front of the vehicle, and a fuel tank that was placed in a carefully protected location above the rear axle to reduce the risk of fire in the event of an accident. 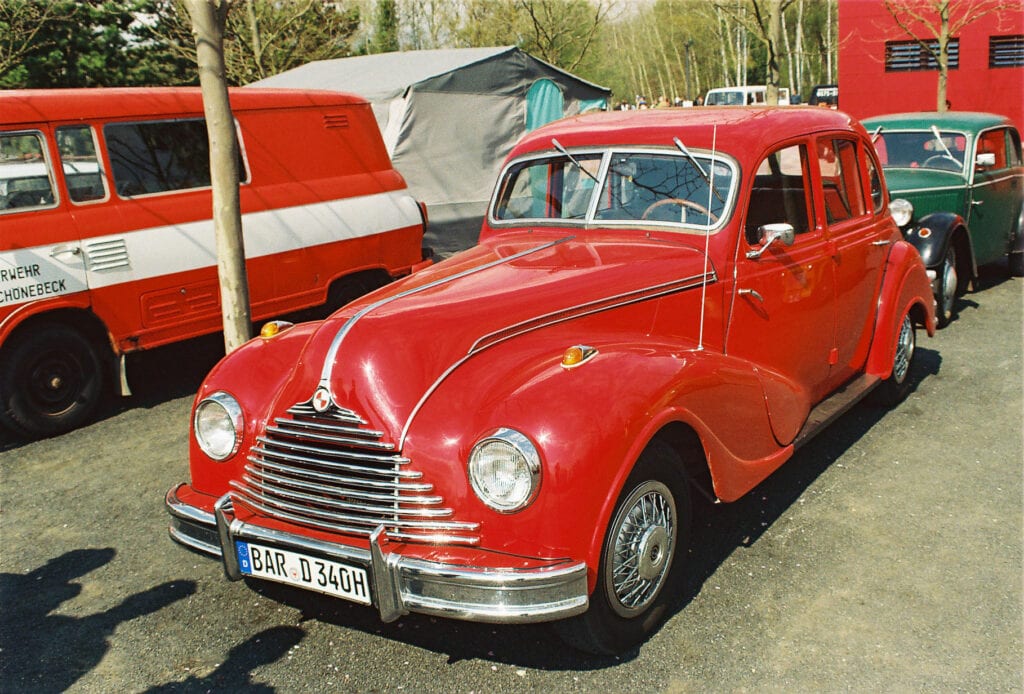 Some of the sophisticated features of the 340’s predecessor were carried over mechanically. The 340’s four-speed gearbox was carried over from the 326, but a more durable rod linkage system was used in place of the cable linkage, which had previously been shown to be prone to breakage.

A motorized self-cleaning oil filter was a particularly noteworthy aspect of the engine room. The mechanism, which was located above the clutch pedal, used a scraper connected to a ratchet that moved gradually, being propelled a little bit further with each subsequent press of the clutch pedal.

A number of early “production prototype” level cars were put through a 10,000-kilometer marathon test run to demonstrate that the 340 had been created in a hurry and under less-than-ideal circumstances. 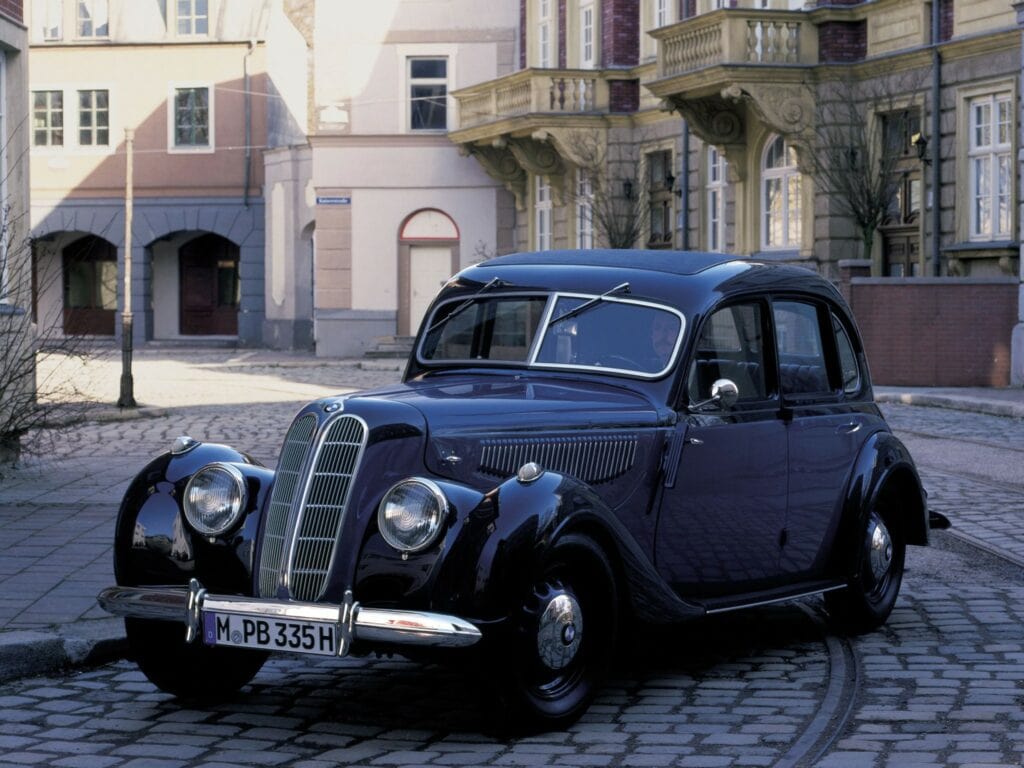 In 1938, a 335 prototype was initially displayed in London. For these reasons, the automobile was designated as a Frazer Nash.

Since constructing a replica of the English Austin 7 to gain a foothold in the small-car market, BMW and England have maintained strong ties. Since 1934, Frazer Nash had served as BMW’s English importer.

After the war, Fritz Fiedler, the head of BMW’s design department and the man principally in charge of creating the 335, would spend a number of years working with Frazer Nash’s successor business in London.

Although it is believed that complete manufacturing records do not exist, it appears that more than 400 passenger cars had been manufactured by the time production of these vehicles halted in 1941. 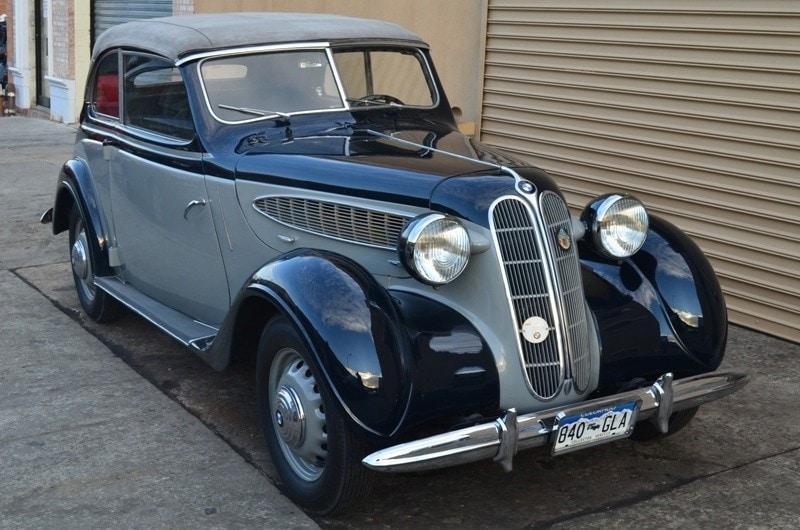 Even though the production of the BMW 321 might have been stopped at any point during the war, BMW continued to do so with a small team of employees despite the fact that the initial batch only consisted of 15 vehicles.

In due course, the Soviet company Sowjetische AG Maschinenbau Awtowelo took over the manufacture of the BMW 321, greatly expanding its scope.

Over the course of the second manufacturing run, 8996 BMW 321 vehicles were created, bringing the total to slightly under 13,000 units. The majority of these vehicles remained in the Soviet Union, making it challenging to locate a BMW 321 on the current used car market. 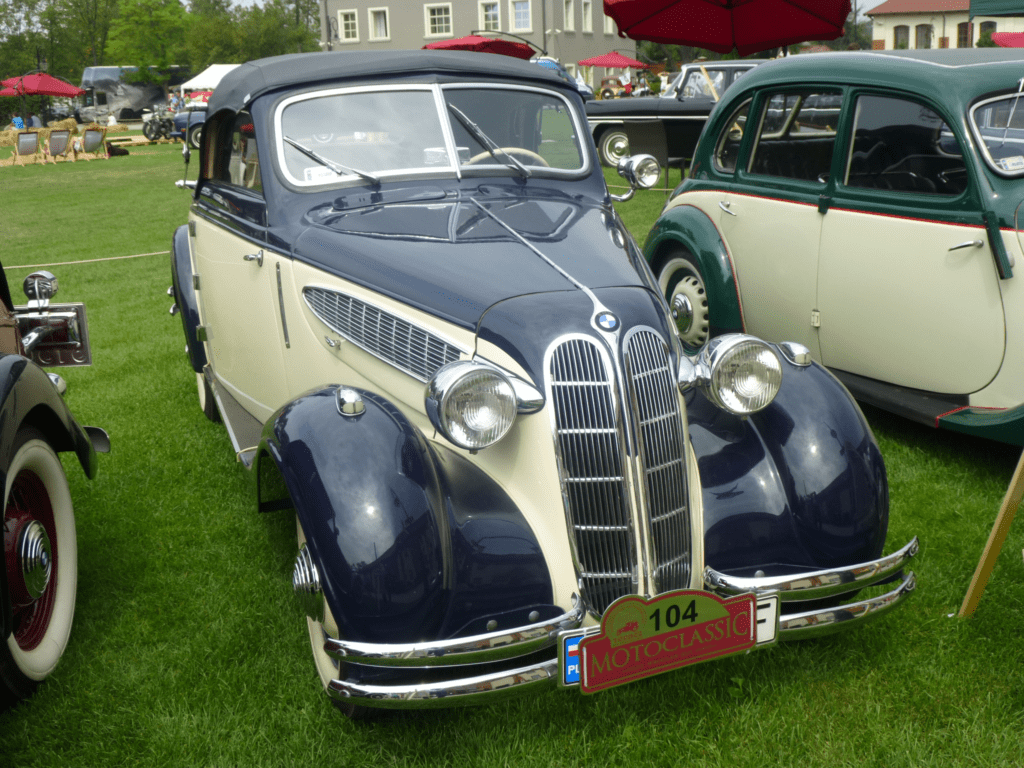 In July 1937, the BMW 320 automobile made its debut. It appeared to be quite similar to the 329. A lot of people admired this high-performance vehicle. The 320’s highest speed was 65 mph.

The 329’s individual front suspension and high-mounted transverse leaf springs serving as upper control arms were retained, while the rear suspension was a standard live axle on semi-elliptic springs.

The BMW 320 was more affordable, lighter, and smaller than its predecessor. It had a nice finish, was simple to handle, and had an excellent power-to-weight ratio. 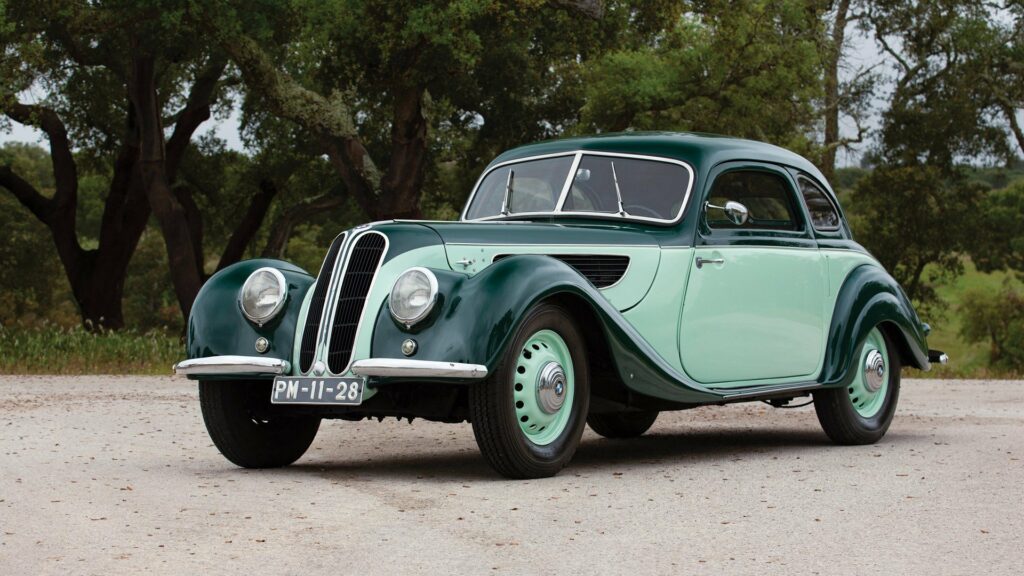 When the BMW 327 was revealed in 1937, it created a sensation, and its effect has barely subsided since then. Because of its strong, dynamic design, the 327 gives the impression of being in motion even when it is not.

Its low-to-the-ground body dove through the air like an airplane and its rounded front end with sweeping air vents and a separate radiator put an end to the age of decorative radiators in the form of Roman temples.

The vehicle had a sleek shape that was indicative of the more modern BMW brand, although it was shorter and lower than its sedan equivalent. 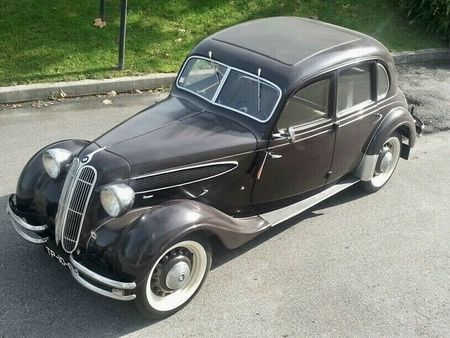 During the years 1936 to 1941, BMW developed the medium-sized 326 car. Despite its relatively expensive cost, it featured a creative design and did well in sales. The box-section frame of 326 was designed to be easily modified for derivative variants.

Both the hydraulic braking system, the first to be utilized on a BMW vehicle, and the torsion bar rear suspension, which took design cues from the dead axle suspension of the Citroen Traction Avant, were groundbreaking.

On the exterior, there were large, flared front fenders, and between them, the engine compartment had a separate body. An intriguing feature was found on the windshield. The large, long hood could be opened from the back or via two side panels.

The wipers were attached to the top and it was divided in half. This technique allowed the windshield to tilt outward and open from the bottom.

The Eisenach facility manufactured 15,949 of 326 types by the moment manufacturing was halted in 1941. 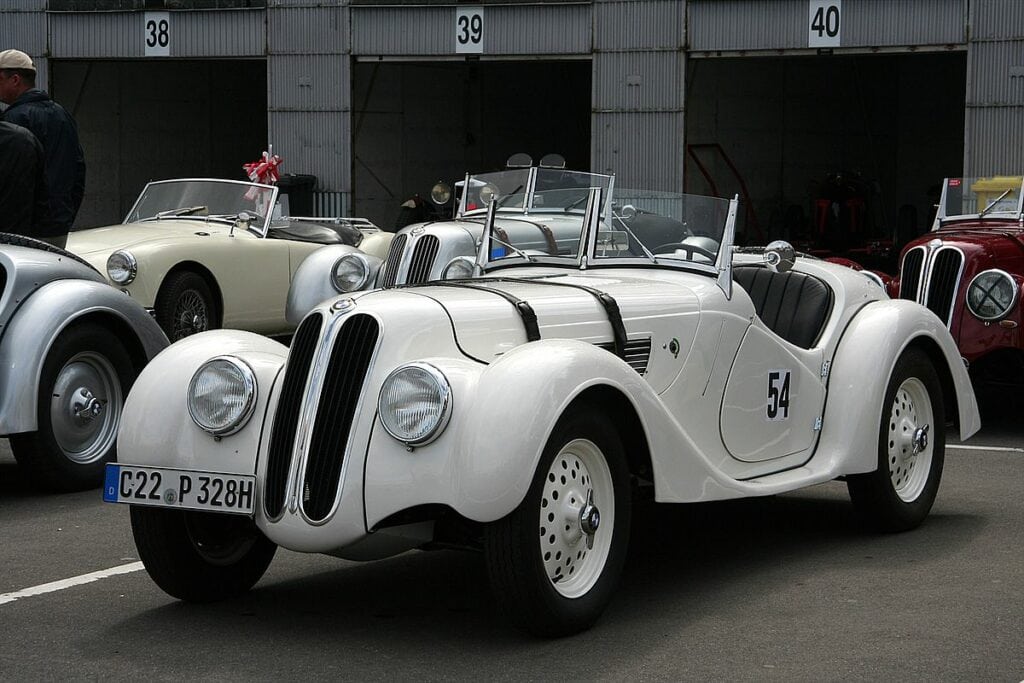 The body of the BMW 328, a sports automobile that BMW sold from 1936 to 1940, was designed by Peter Szymanowski, who was BMW’s head designer after World War II.

BMW’s revolutionary roadster utterly destroyed even the most potent supercharged rivals from the moment it made its debut at the Nürburgring on June 14, 1936.

Midway through 1936, the BMW 328 Roadster was initially only available for use in racing. Series model manufacturing didn’t begin until the spring of 1937.

Because it was so well adapted for everyday usage in addition to racing, this high-performance sports automobile was used not just by BMW’s work drivers but also by private customers. 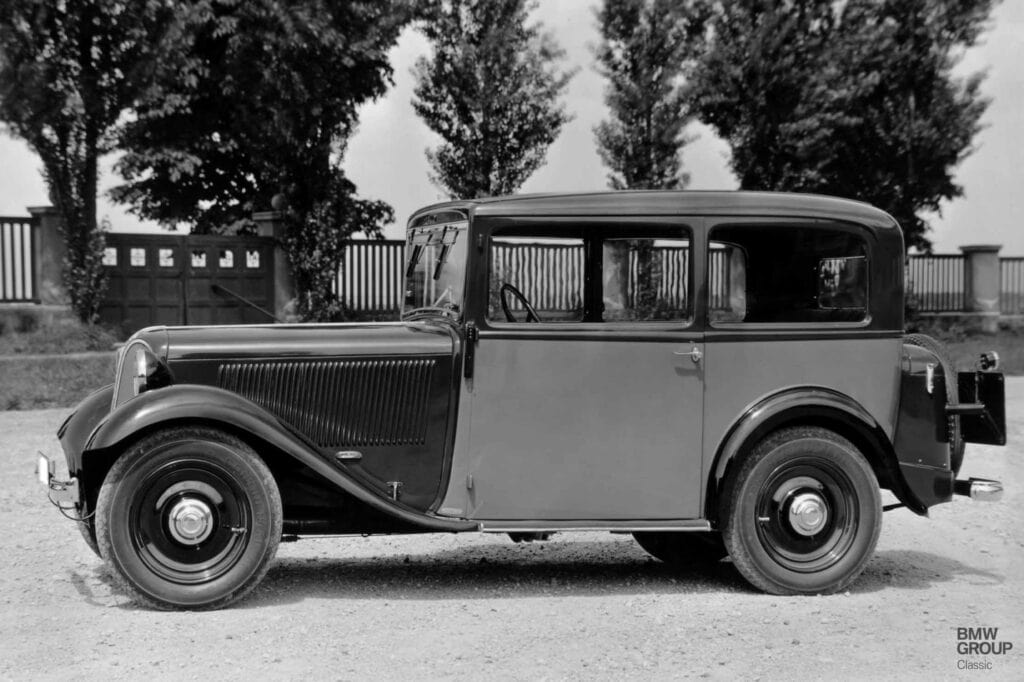 In 1933 and 1934, BMW built the BMW 303, a compact family saloon. Four different versions of the 303 were offered: a closed sedan, a cabriolet, a sports cabriolet with two seats, and a chassis.

In just two years, 2300 copies of the automobile were sold due to its immediate popularity.

A 4-gear manual transmission allows the engine to send power to the wheels. At the curb, the BMW 303 Saloon is estimated to weigh 820 kg. It is stated to have a peak speed of 56 mph or 90 km/h.

The BMW 303 was the company’s biggest vehicle when it was unveiled in 1933. 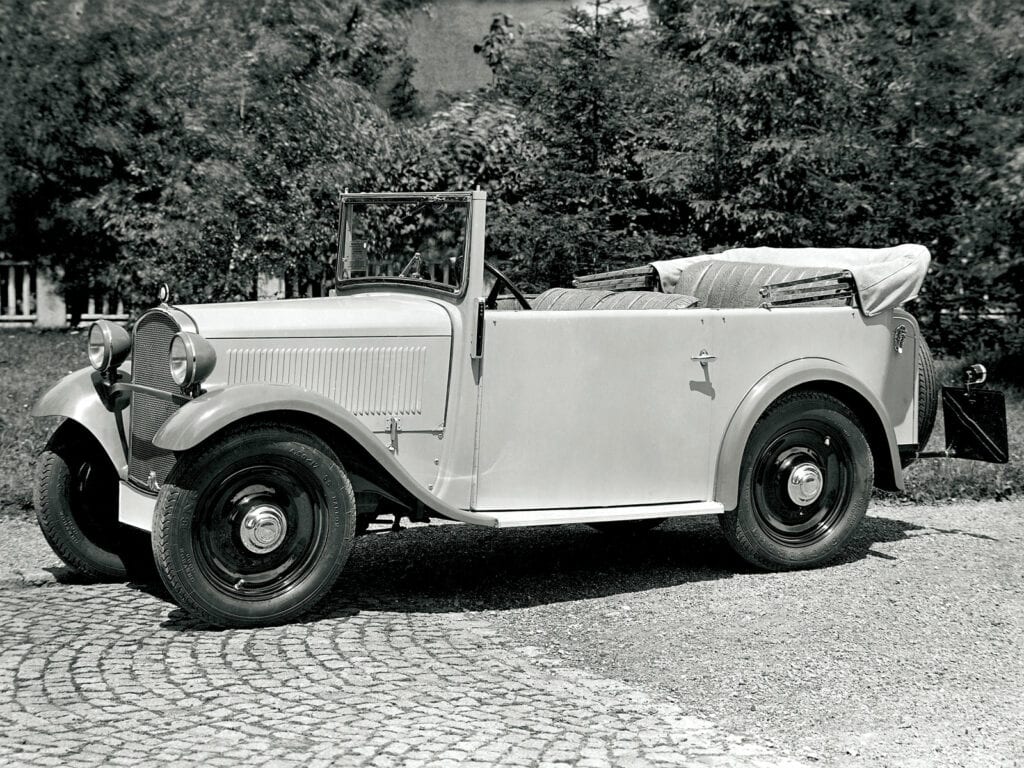 Despite the fact that the 3/15 and the 3/20 had evident similarities, the 3/20 might be regarded as the German automaker’s first really independent vehicle.

The Austin 7’s bodywork had a similar form, but the headlights were positioned on a transverse bar in front of the radiator rather than on the sides of the engine bay as they were on the British model.

As a two-door sedan, a convertible, and a roadster, BMW manufactured the 3/20. Because it had a larger wheelbase, its chassis was different from that of its forerunner.

Technically speaking, the 3/20 had swing axles in the back and independent suspension in every corner.

Since the Austin 7 served as the model for 3.20, it was still a compact car that proved challenging for four grown adults to operate. It was better suited for a two-parent, four-person household. 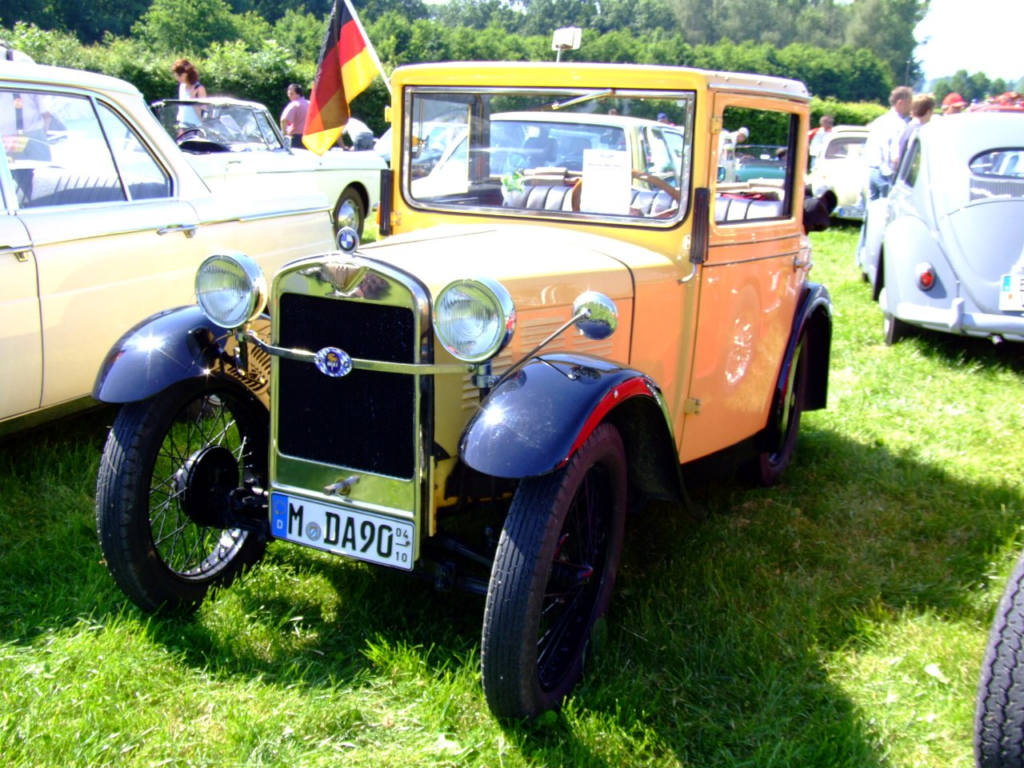 From December 1927 through the beginning of 1932, four variants of the BMW 3/15, the company’s first vehicle, were built. This makes the 3/15 the oldest BMW car ever produced.

Because it was too specialized and out of reach for too many potential buyers during a time of high unemployment, the BMW 3/15 Wartburg did not sell in great quantities.

The licensed Austin 7 was offered for sale in the market by the Eisenach automobile business under the Dixi brand. The automobile was more of an assembly using British-imported spare components.

The vehicle received a left-hand-drive position in 1927 to make it compatible with the roads in Europe. After purchasing the plant, BMW discovered this vehicle and gave it the moniker BMW Dixi. 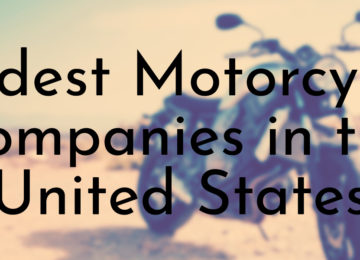 Posted by Shasha Neil 0
The history of motorcycles is incredibly rich. From its humble beginnings as an aerodynamic vehicle for the cavalry to its… 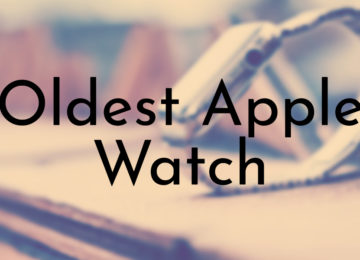