Although many people think Henry Ford’s Model T car is the oldest in the world, there are several early automobiles that predate Ford’s car by over 100 years. The earliest automobiles were powered by steam , heavy, slow, and designed to hold very few passengers.

These early cars often had to be operated by more than one person and consumed a lot of fuel. Many of these first automobiles had innovative features that would influence the designs of modern cars. 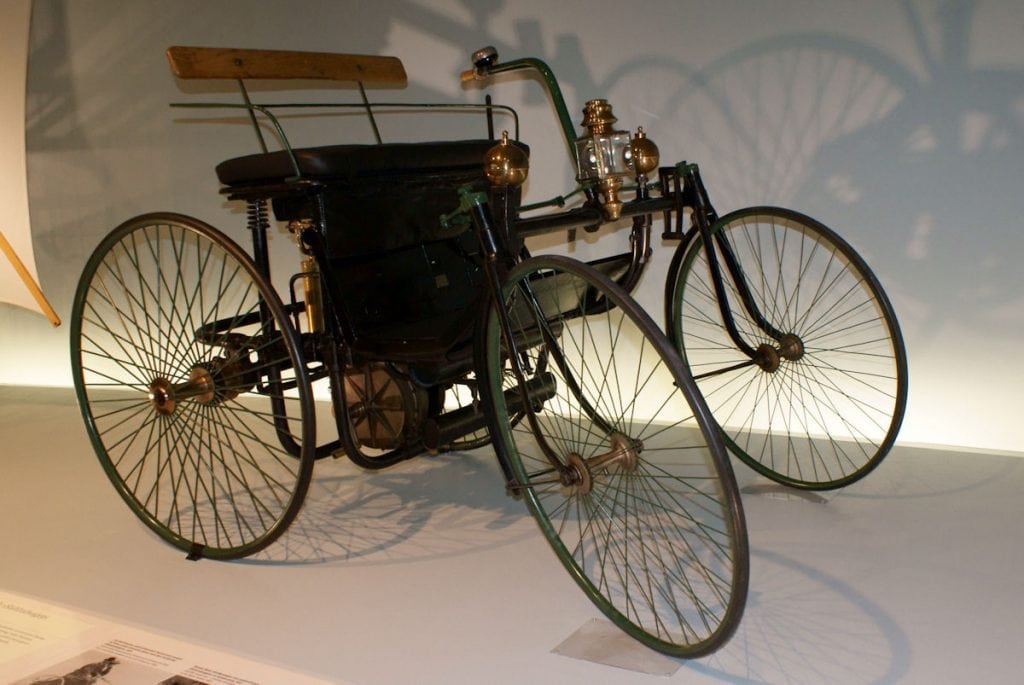 The Stahlradwagen (steel-wheeled car) was made by Gottlieb Daimler with the help of his lifelong business partner Wilhelm Maybach in 1889. This was their first official automobile that did not involve adapting a horse-drawn carriage with their engine.

In 1886, Daimler and Maybach put their engine in a stagecoach, but this is not considered as an automobile as they adapted a horse-drawn carriage from another manufacturer.

The following year Daimler and Maybach established Daimler Motoren Gesellschaft (DMG) to sell their engines. They sold their first car in 1892. 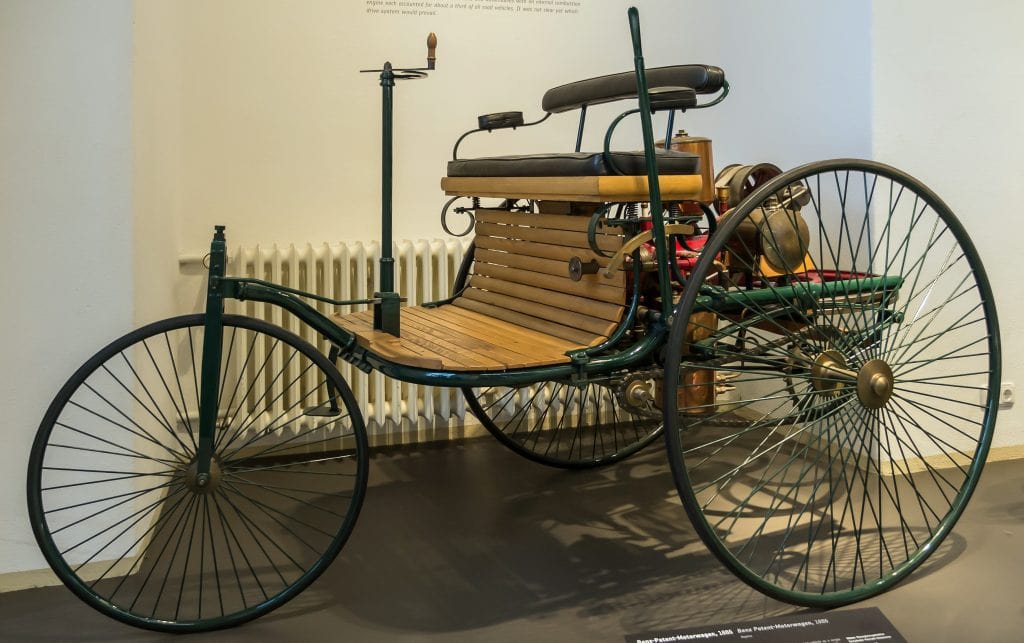 Although several other vehicles predate the Benz Patent-Motorwagen, it’s often regarded as the world’s first official automobile. This is because it was the first vehicle designed to be propelled by an internal combustion engine.

The Benz Patent-Motorwagen was built in 1885 by Karl Benz. However, he did not receive a patent until late 1886 and Benz unveiled the car to the public that summer in Mannheim, Germany.

Benz first successfully developed a gasoline-powered two-stroke piston engine in 1873 and spent the next decade developing a motorized vehicle. He did all this while maintaining his career as a designer and manufacturer of stationary engines and their associated parts. 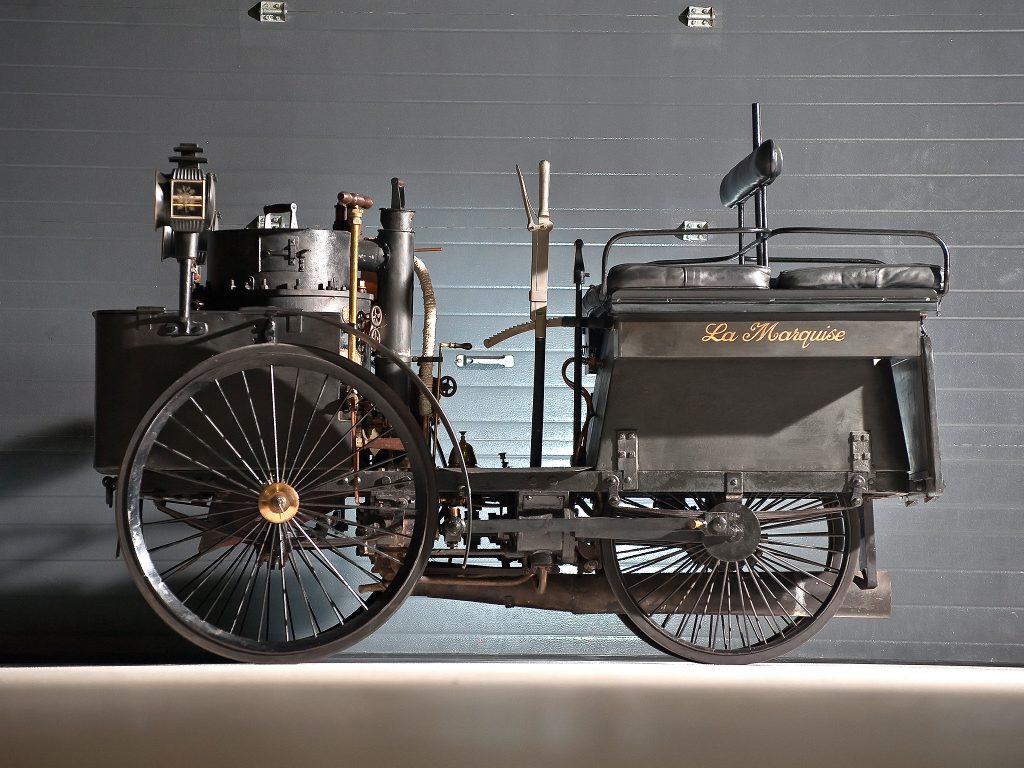 That same year, the car sold at auction for $4.6 million. The auction listing said that the car could achieve a top speed of 38 miles per hour (61 kilometers per hour) and that it had only been owned by four people since 1884.

Many people believe that La Marquise was the first race car as the Count of Dion drove the car in an exhibition in 1887, though no other car showed up to race. 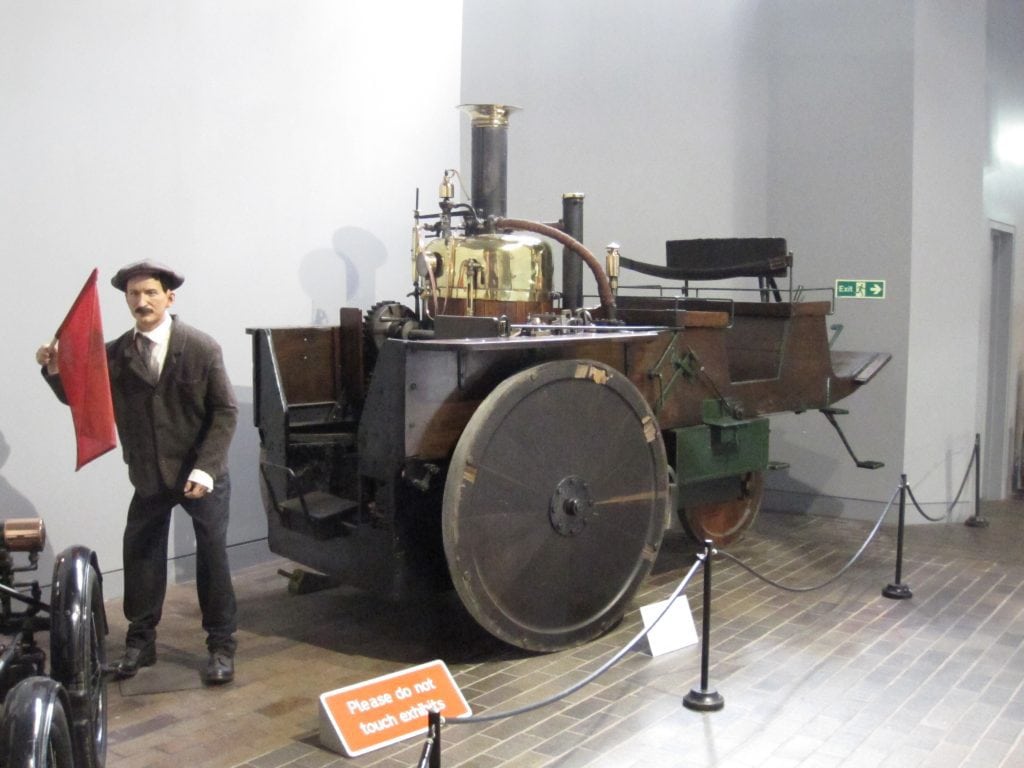 The Grenville Steam Carriage is the oldest steam-powered passenger vehicle that still works today. The car was built in 1875 by Robert Neville Grenville, who later became the Chief Mechanical Engineer of the Great Western Railway.

The carriage was built to hold seven passengers: the driver, the steersman, a fireman, and four passengers.

After Grenville died in 1936, his family loaned the car to John Allen & Sons Ltd. of Cowley, Oxford, who completely overhauled the vehicle. Afterward, Allen paraded the car in the London Jubilee Cavalcade in Regent’s Park in 1946.

Currently, the Greenville Steam Carriage on display at England’s National Motor Museum at Beaulieu. The museum  believes that the car is still in working condition. 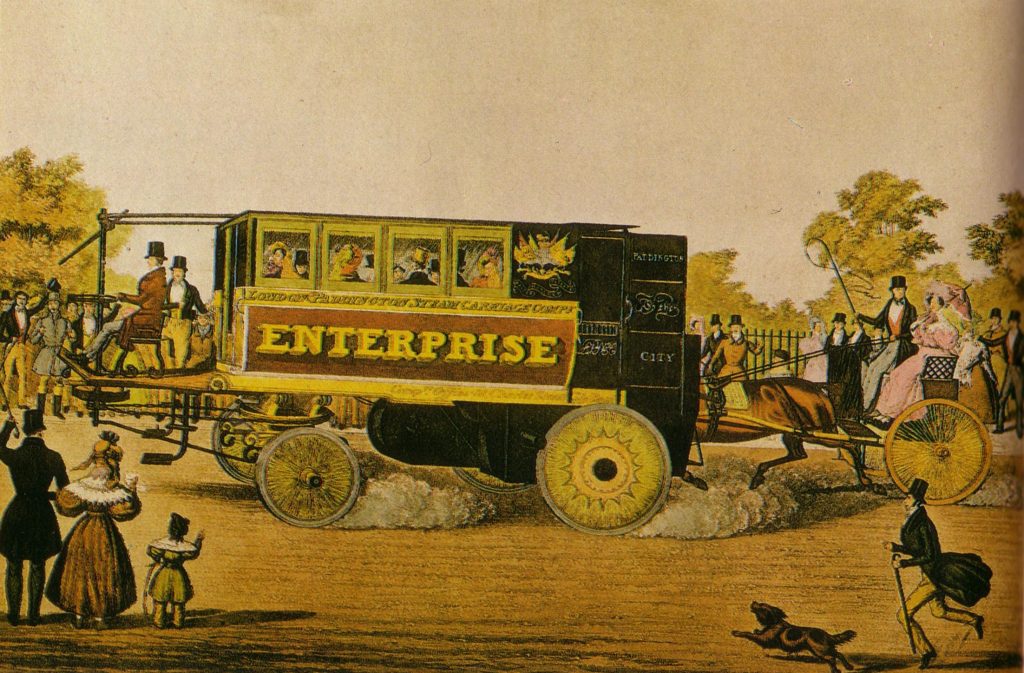 The Enterprise Steam Omnibus was invented by Walter Hancock sometime around 1832. It was the first commercially manufactured steam-powered car in the world.

The Enterprise required three people to operate it. The driver sat at the front to steer via a steering wheel, which was unusual for the time — early vehicles had tillers. The second operator was responsible for looking after the boiler’s water level and selecting reverse gear when needed. Lastly, the third operator stood on the rear platform and maintained the fire and breaking. It is not known how the three operators communicated to keep the bus running. 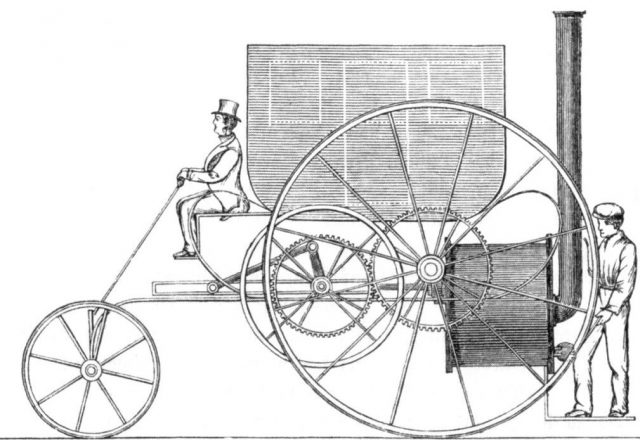 The London Steam Carriage was built by Richard Trevithick in 1803 and it is considered to be the first self-propelled passenger-carrying vehicle. Although Cugnot’s steam powered vehicle predates Trevithick’s, Cugnot’s car was designed to haul artillery, not passengers.

Trevithick had built his first experimental steam carriage in 1801, which was nicknamed the “Puffing Devil”, and drove it up a hill in Camborne, Cornwall.

Trevithick drove the 1803 steam carriage through London for about 10 miles at a speed of 4 – 9 miles per hour (6.4 – 14.5 km/h). Unfortunately, the vehicle was immediately destroyed in a fire, but the original drawings that were submitted with the patent have survived. 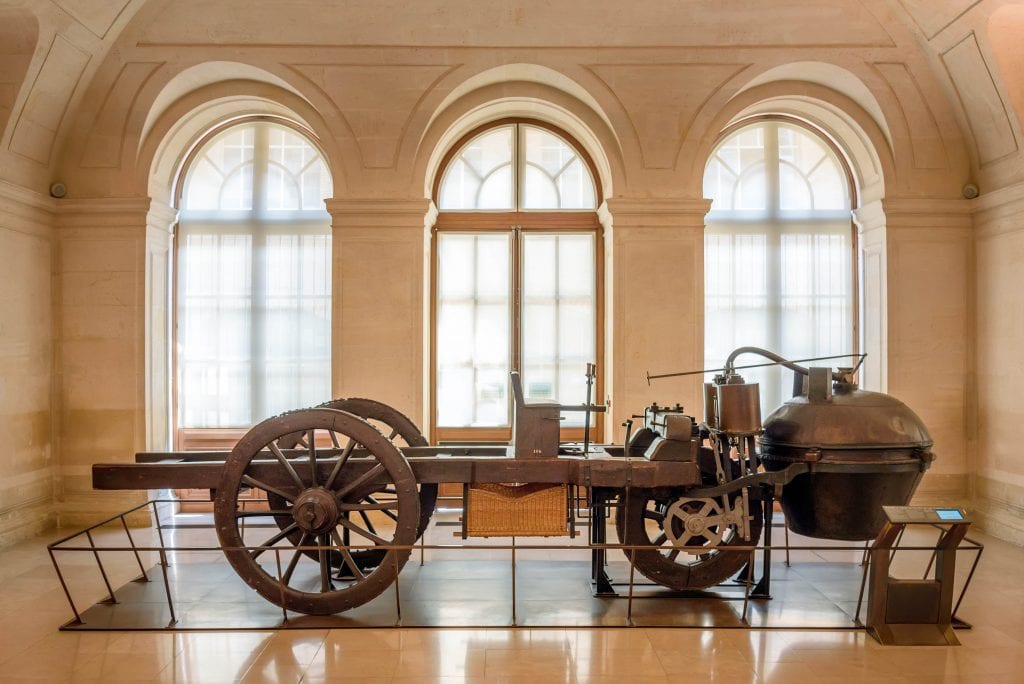 In 1770, French inventor Nicolas-Joseph Cugnot designed and built the very first self-propelled carriage. This makes the Cugnot Fardier the oldest car ever created in the world.

A year before the full size fardier à vapeur (steam dray) was built, Cugnot made a small prototype in 1769.

The car was built for the French military and designed to carry four tons and cover two lieues (7.8 km or 4.8 miles) in one hour. However, the car never actually achieved this feat.

The vehicle was not very successful and the project was eventually abandoned. In 1800, the car was taken to the Conservatoire National des Arts et Métiers in Paris, where it is still on display today.