The average age of the NHL’s current players is 27.1 years. While this is a little old, by sports’ standards, all of the players on this list have far surpassed this number. Everyone on this list is about a decade or more older than the average NHL player and has played for about two decades. The four oldest players on this list were drafted in the late 1990s and are all in their early 40s.

As of May 2021, the information on this list is as accurate as possible and will be updated as needed. Please note that any players who are currently free agents and not signed with a team, but have not declared their retirement, have been left off this list. 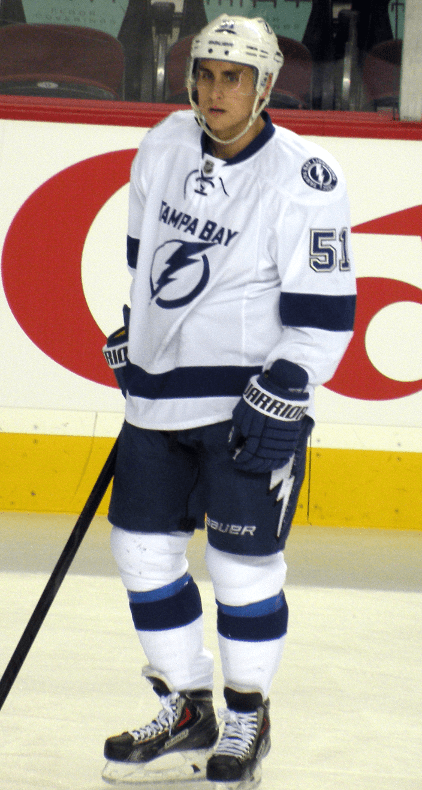 On 1 February 2020, Valtteri Filppula appeared in his 1,000th career NHL game, becoming the eighth Finnish-born player to reach the milestone. 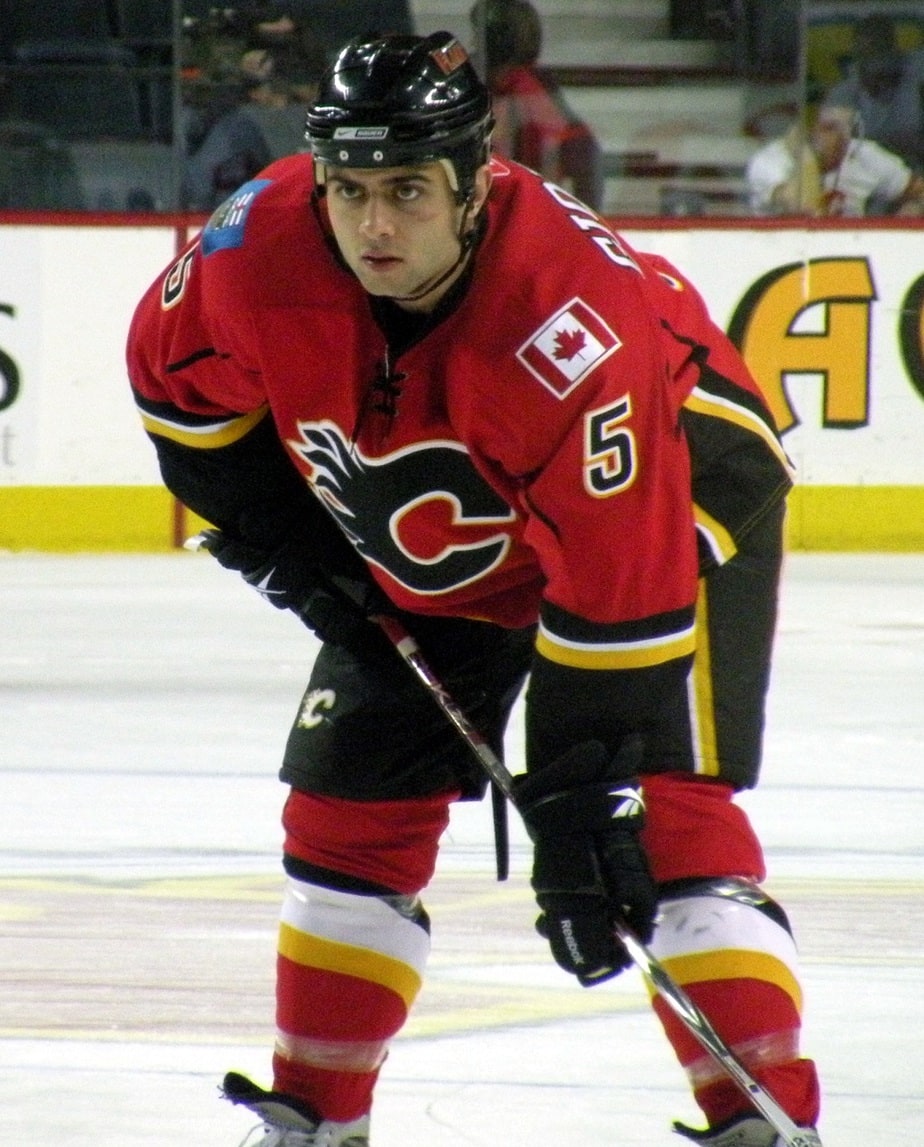 Mark Giordano, who is from Toronto, has spent his entire NHL career with the Calgary Flames. For the 2004 – 05 season, Giordano was signed to the Flames’ affiliate team the Lowell Lock Monsters. The next season, Giordano was transferred to Calgary’s new affiliate, the Omaha Ak-Sar-Ben Knights. On January 30, 2006, Giordano made his NHL debut and went on to play seven games with the Flames. Although Giordano played most of the 2006-07 season with the Flames, he was unable to come to terms on a new contract for the next season. Giordano left the NHL for a year to play with HC Dynamo Moscow of the Russian Super League. He came back to the NHL and the Calgary Flames in the 2008-09 season.

In 2019, Mark Giordano was awarded the James Norris Memorial Trophy as the NHL’s best defenceman, while having a career-best performance at the age of 35. 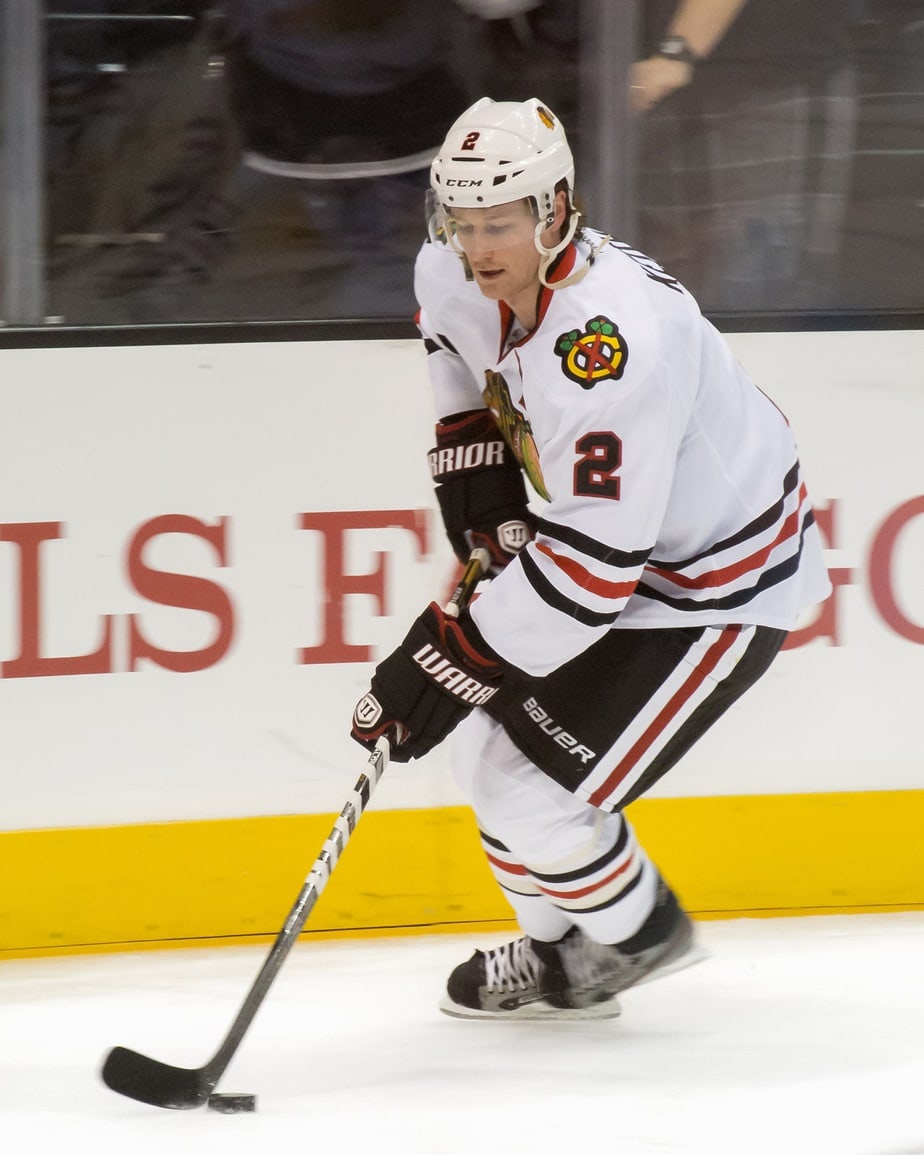 Duncan Keith is currently a defenseman and alternate captain for the Chicago Blackhaws, who first drafted him back in 2002. Keith was just a freshman in college at the time. He left school after his sophomore year to join the major junior ranks. Prior to the 2003-04 NHL season, Keith signed with the Blackhawks and was put on its affiliate team, the Norfolk Admirals of the American Hockey League. Keith played his first NHL game on October 5, 2005 after officially making the Blackhawks team after 2005 training camp. He has played with the Chicago Blackhawks since then and is now considered one of the best players in NHL history.

Duncan Keith is a three-time Stanley Cup champion as well as a two-time Olympic gold medalist with Team Canada at the 2010 Vancouver and 2014 Sochi Winter Olympics. 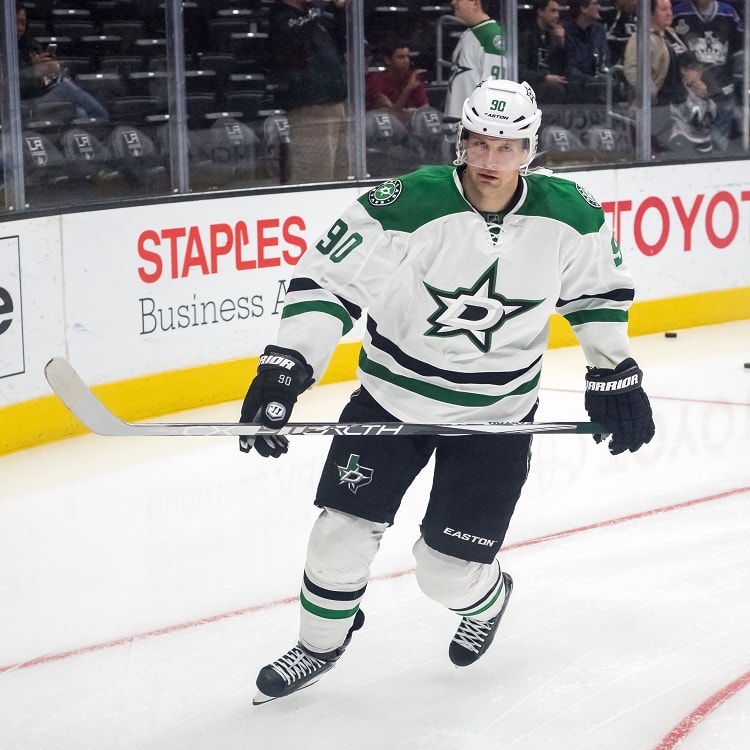 Jason Spezza of Canada, has been playing professionally since 2002, but has played hockey since he was a kid. After playing in the major junior league for a few years, Spezza signed his first professional contract with the Ottawa Senators. For the first few years of his professional career Spezza was assigned to the Senators’ AHL affiliate, the Grand Rapids Griffins. Spezza played his first full season in the NHL in 2004-05. He has also played for the Dallas Stars and is currently with the Toronto Maple Leafs.

When Jason Spezza made his World Junior debut in 2000, he became just the third 16-year-old in history to make the Canadian team, behind Wayne Gretzky and Eric Lindros. 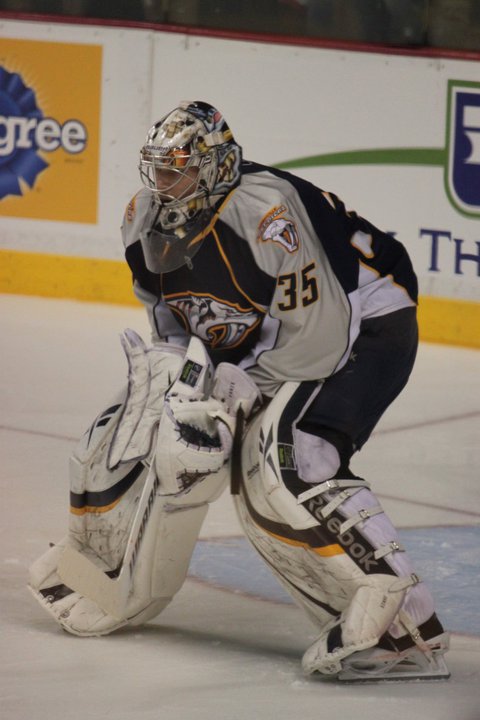 Pekka Rinne is another current NHL player who will be turning 39 years old later in 2021. Rinne, who is from Finland began playing professional hockey in 2000 for Oulun Kärpät’s junior team. In 2004, he was drafted by the Nashville Predators and he has played for the team since then. Rinne became the Predators’ starting goalie during the 2008–09 season and he has become one of the NHL’s best goaltenders. He was a Vezina Trophy finalist as the NHL’s top regular season goaltender in 2011, 2012, and 2015 before winning the award in 2018.

Pekka Rinne is leader in wins and shutouts in the Nashville Predators franchise and he also holds the record for the most NHL wins by a Finland-born goaltender. 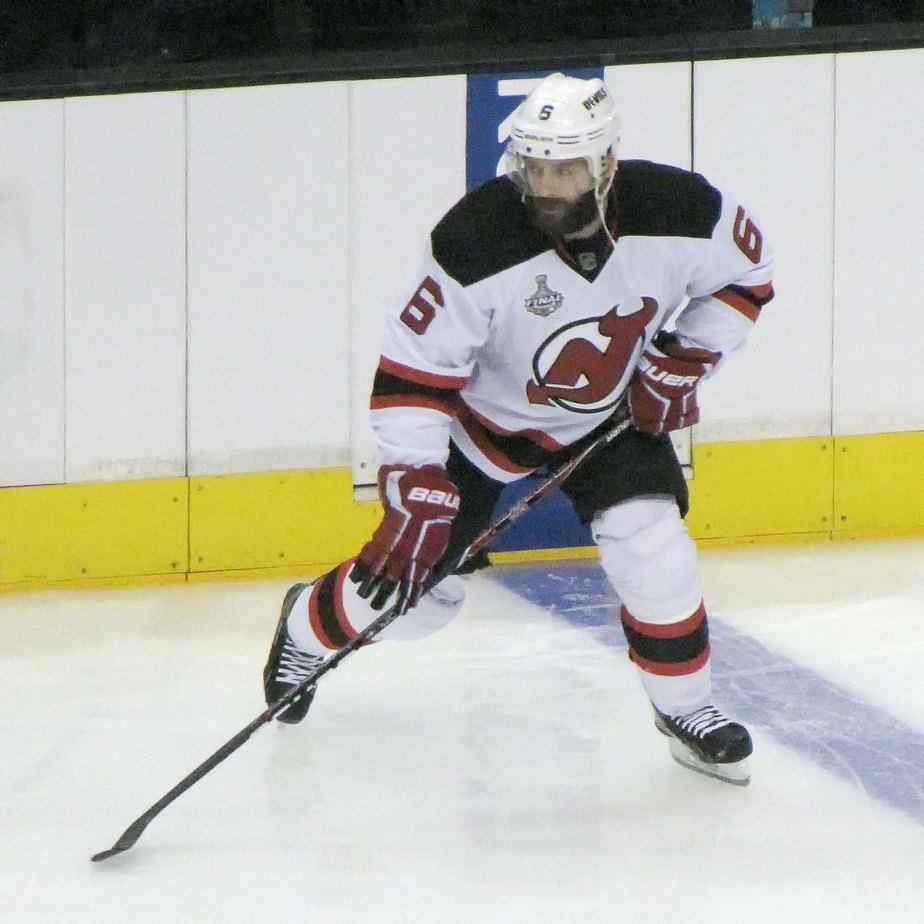 Andy Greene, who turned 38 last October, hasn’t necessarily had an impressive career like some of the other players on this list. Greene has been the captain of the New Jersey Devils since 2015. He was first signed to the team as an undrafted free agent in 2006. During the 2019-20 season, Greene was traded to the New York Islanders in exchange for David Quenneville and a 2021 second-round pick. At the beginning of 2021, Greene signed a one-year extension with the Islanders for a reported $700,000.

During the 2017-18 NHL season, Andy Greene injured his hand, which broke his streak of 350 consecutive NHL games played. Greene has the third-longest streak in the New Jersey Devils history, just behind Travis Zajac and Ken Daneyko. 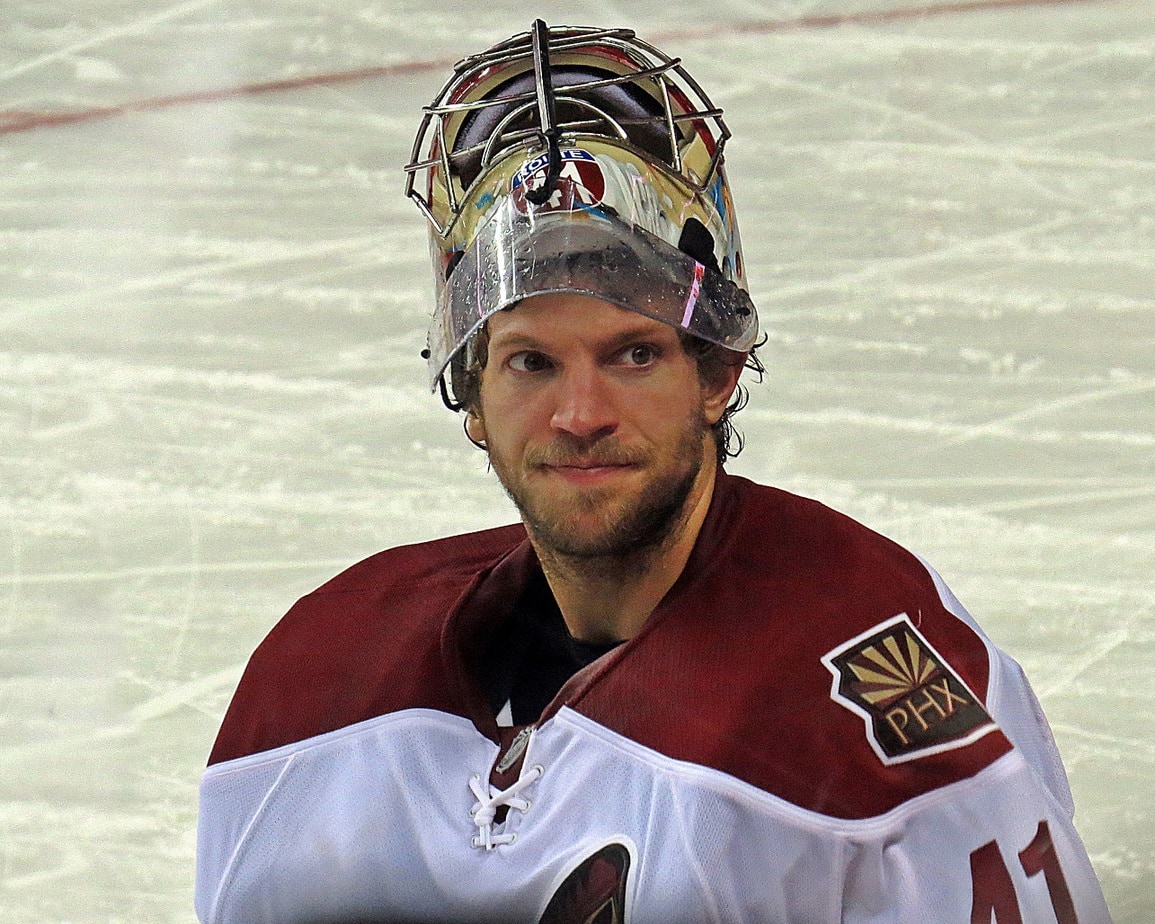 Mike Smith, who hails from Canada is another goaltender who has been in the NHL for nearly two decades. Smith began playing junior hockey for his hometown team, the Kingston Frontenacs, in 1999. A few years later, Smith was drafted by the Dallas Stars in 2001. He stayed with the Stars until the end of the 2006-07 season. This was followed by stints with the Tampa Bay Lightning, Phoenix Coyotes, and the Calgary Flames. Smith joined the Edmonton Oilers and has continued to sign one-year contracts with the team.

Mike Smith was part of the Canadian team that won gold at the 2014 Winter Olympics. 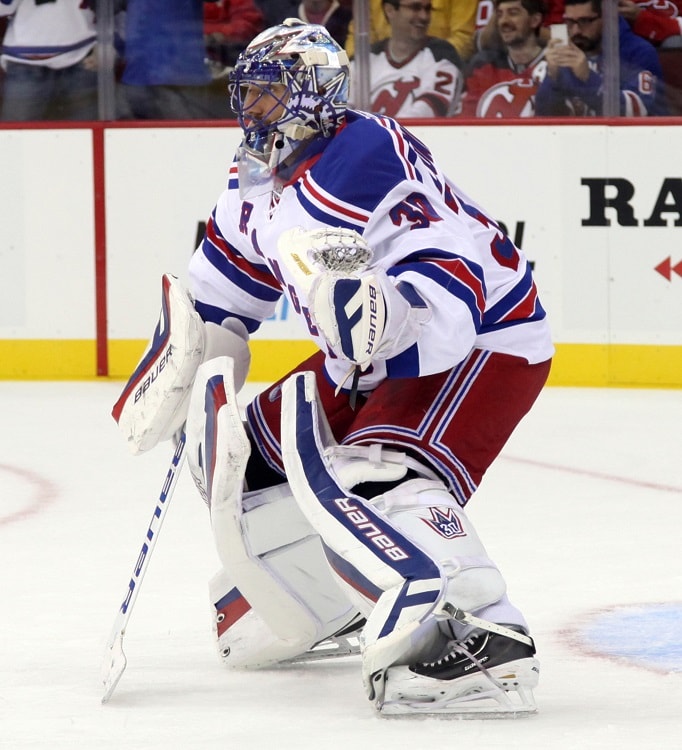 Henrik Lundqvist, who was born in Sweden, is one of the best goalies in NHL history. Along with his twin brother, Joel, Lundqvist grew up playing hockey, although alpine skiing was the most popular sport in the area. Before joining the New York Rangers and the NHL in 2000, Lundqvist played for Frölunda HC in Swedish Elitserien. Lundqvist immediately made a name for himself in the NHL and was dubbed “King Henrik” by Rangers fans.

In September 2020, the New York Rangers bought out Lundqvist’s remaining contract, making him a free agent for the first time in his career. A month later, Lundqvist signed a one-year contract with the Washington Nationals. However, Lundqvist is sitting out the 2020-21 season after undergoing an open-heart surgery. He has stated that he is not retiring and currently his contract with the Washington Capitals is still valid.

Henrik Lundqvist is the only goaltender in NHL history to record 11 30-win seasons in his first 12 seasons. 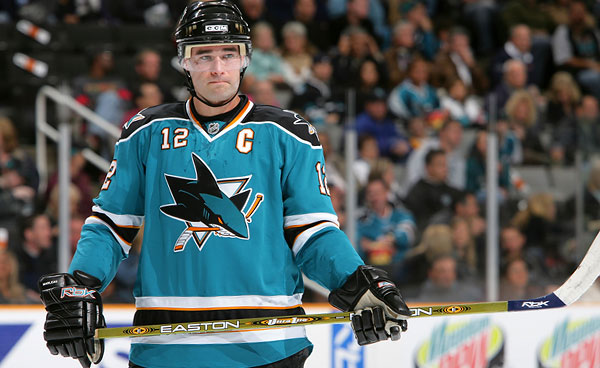 Patrick Marleau is just a few months younger than former San Jose Sharks teammate, Joe Thornton, making him the third oldest active NHL player. Marleau spent a few years in the junior hockey league before being drafted in 1997 by the San Jose Sharks. With the exception of two seasons with the Toronto Maple Leafs from 2017-19, Marleau has always played for the Sharks. However, in February 2020, Marleau was traded by Sharks to the Pittsburgh Penguins in exchange for a conditional 2021 third-round pick. Marleau ended his contract with the Penguins and has now returned to the San Jose Sharks with a one-year contract.

Since Marleau has spent the majority of his career with the Sharks, he holds many franchise records, including: all-time Sharks leader in goals, even strength goals, power play goals, points, shots, and games played.

Patrick Marleau currently holds the distinction of playing the most NHL games (both regular season and playoffs) without winning the Stanley Cup. 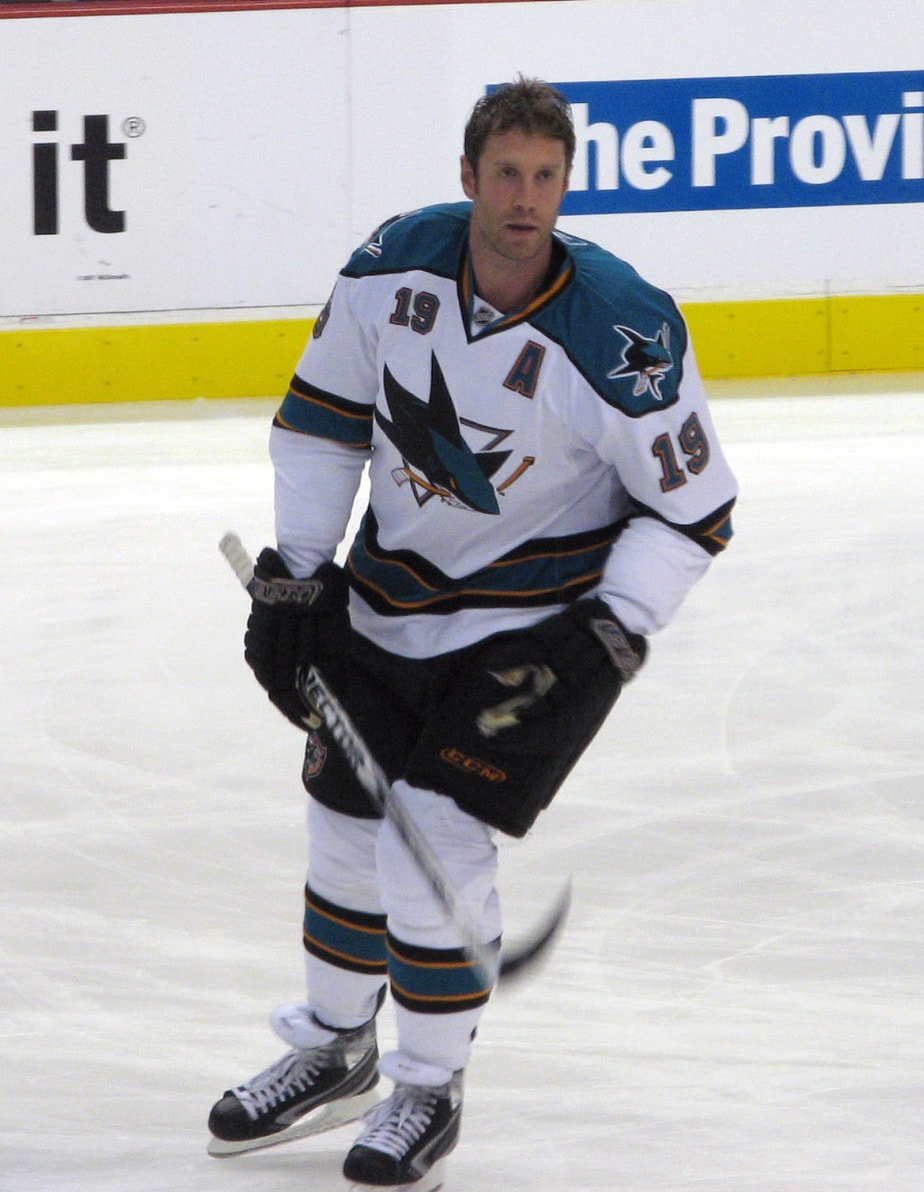 Joe Thornton is currently the second oldest player in the NHL at 40 years of age. Thornton has been playing hockey his entire life and was part of the Ontario Minor Hockey Association as a young teenager. The top line center began his NHL career with the Boston Bruins in 1997. Thornton played with the Bruins for seven seasons (three as its captain), before being traded to the San Jose Sharks in 2005. Due to the delay of the 2020-21 NHL season, Thornton briefly returned to HC Davos of the National League. In October 2020, Thornton signed a one-year contract with the Toronto Maple Leafs.

Joe Thornton is the only player in NHL history to win the Art Ross Trophy and Hart Memorial Trophy while switching clubs in his winning campaign (2005-06). 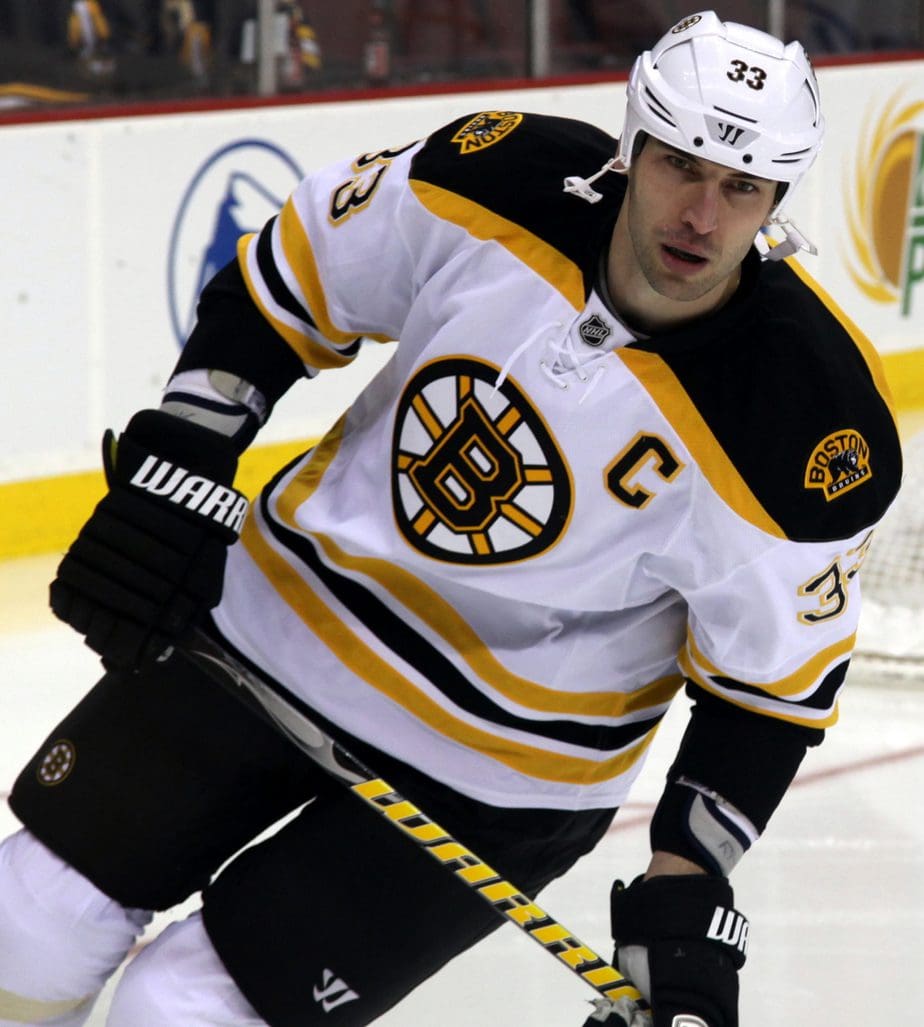 At 44 years of age, Zdeno Chára is the oldest active player in the NHL. Chára hails from Slovakia and was drafted into the NHL in 1996 by the New York Islanders. After spending a few years with the Islanders, Chára was picked up by the Ottawa Senators. Chára became an unrestricted free agent at the end of 2005–06 season and played for the Boston Bruins until the end of the 2020. He was the captain of the team for 14 years. In December 2020, Chára signed a one-year contract with the Washington Capitals.

Zdeno Chára is so tall at 6 ft 9 in (206 cm) – he is the tallest NHL player ever – that he has to use sticks two inches longer than NHL regulations, and receives permission from the NHL to do so.

Posted by Shasha Neil 0
Spread the loveAlthough baseball is played in several countries around the world today, it is typically known as an American…

Posted by Lauren Johnson 0
Spread the loveThe Olympic Games were invented by the ancient Greeks in 776 BCE. The first Games debuted in Olympia,…

Posted by Shasha Neil 0
Spread the loveMixed martial arts, simply known as MMA, is one of the most popular sports today. Millions of people…