Just appearing in a Super Bowl squad means the world to players, let alone winning the grand title. While many players have managed to grab the highest honors achievable by leading their side to a Super Bowl victory, not every player has been able to do the same. However, many great players have made an appearance in the Super Bowl, including some of the younger contenders!

Here are the top eight youngest Super Bowl quarterbacks who have made an appearance at the game’s highest stage. 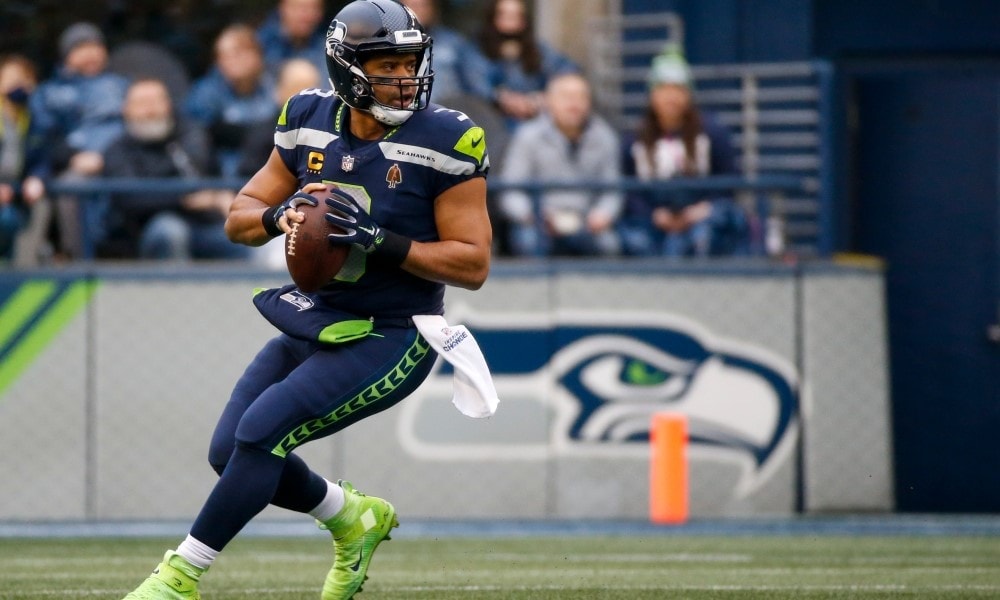 Russel Wilson, a prized quarterback for the Seattle Seahawks, is the eighth youngest QB to ever play in the Super Bowl.

Russel Wilson has been the starting quarterback for his side in the Super Bowl on two different occasions: once in 2014 and then in 2015. His debut performance at the Super Bowl XLVIII in 2014 was phenomenal.

Russel Wilson proved instrumental in his side’s victory over the Denver Broncos, with the final score being 43-8. His impressive stats, including 18-for-25, 206 yards, 2 TDs, and a 123.1 rating, ensured a comfortable win for the Seahawks over the Broncos.

Russel Wilson played college football for the University of Wisconsin in the 2011 season. Russel set the record for single-season passing efficiency (191.8) during that season, leading his team to many comfortable victories. 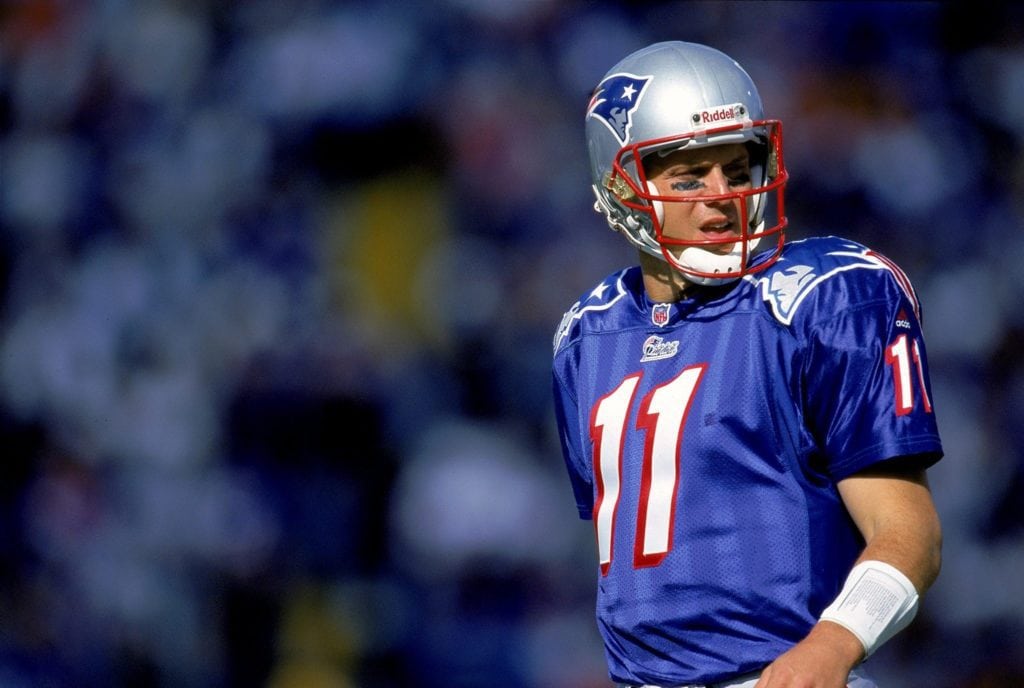 Drew McQueen Bledsoe played a total of 14 NFL seasons, most of which were with the New England Patriots. During his time with the Patriots, Drew Bledsoe played exceptionally impressive and central roles in many victories, and even remained the star name for the franchise for a long time.

However, Beldsoe’s Super Bowl appearance with the Patriots in 1997 did not result in a triumph for his side, as the Patriots lost to Green Bay Packers 35-21.

Drew Bledsoe remained the starting quarterback for the Patriots throughout 1993-2001. Many critics considered him one of the “best finds ever” for the Patriots. He was also the first overall pick in the 1993 NFL draft. 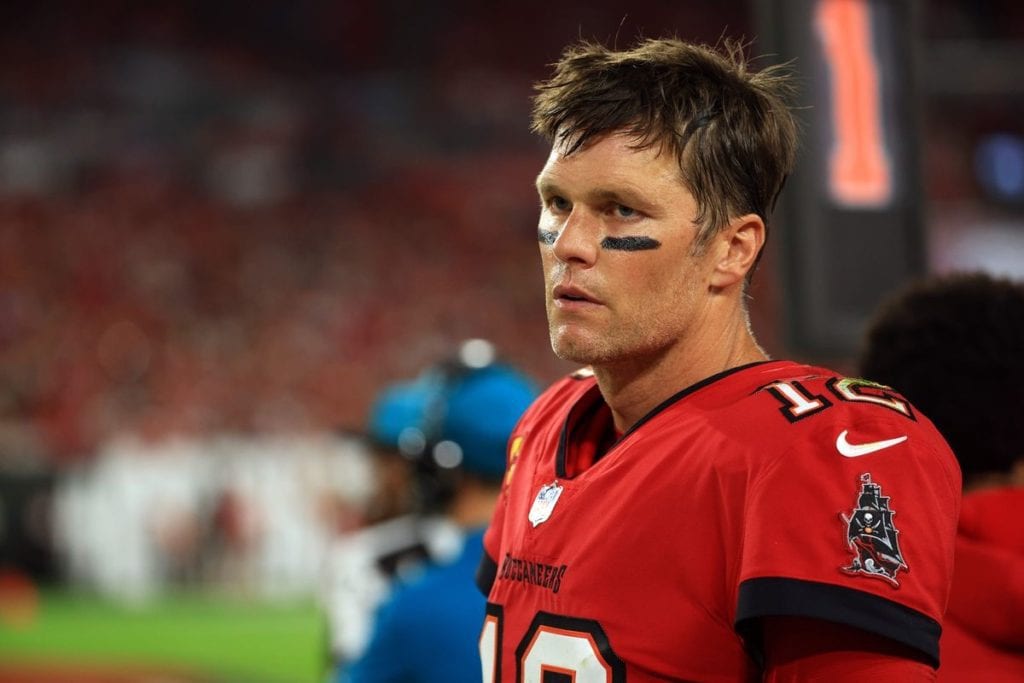 Tom Brady, possibly the best-ever the NFL has ever seen, currently sits on the sixth spot of our list of youngest starting quarterbacks in the Super Bowl.

Tom Brady’s Super Bowl debut was with the Patriots in only his second season of the NFL in 2002. Brady played exceptionally well, and managed to secure the Super Bowl victory for his side against the St. Louis Rams 20-17. His stats, including 16-for-27, 145 yards, 1 TD, and an 86.2 rating, truly depict just how invincible Tom Brady was during the Super Bowl XXXVI.

After his first Super Bowl win with the Patriots in 2002, Brady went on to have one of the best NFL careers the league has ever seen.

Tom Brady has appeared in a total of nine Super Bowls throughout his career and won seven – the greatest number of wins achieved by any player in the NFL! 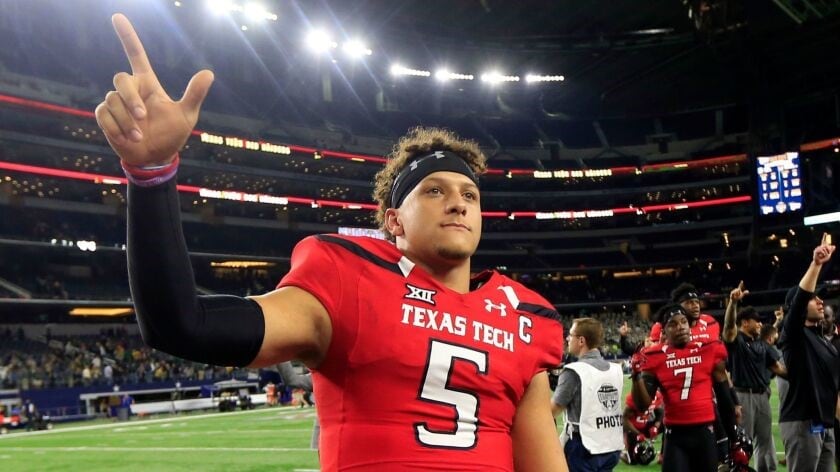 Today, Patrick Lavon Mahomes is one of the best young players in the NFL and the fifth-youngest starting quarterback in the Super Bowl.

Patrick Mahomes wasn’t always playing football as prolific a career as he has made for himself already. In fact, during his college years, Mahomes used to play baseball just like his father – the former MLB pitcher, Pat Mahomes.

Patrick Mahomes made his Super Bowl debut as a quarterback for the Kansas City Chiefs in 2020. Not only did Mahomes lead the Chiefs to a Super Bowl appearance after 50 years, but he also led his side to victory against the San Francisco 49ers with an outstanding performance.

Patrick Mahomes has already made a name for himself in the short period of time that he has been a part of the NFL. He is the only quarterback in NFL history to throw for over 5,000 yards in both the NFL and college football in a single season! He is also the only player after Peyton Manning to throw 50 touchdown passes and 5,000 yards in one season. 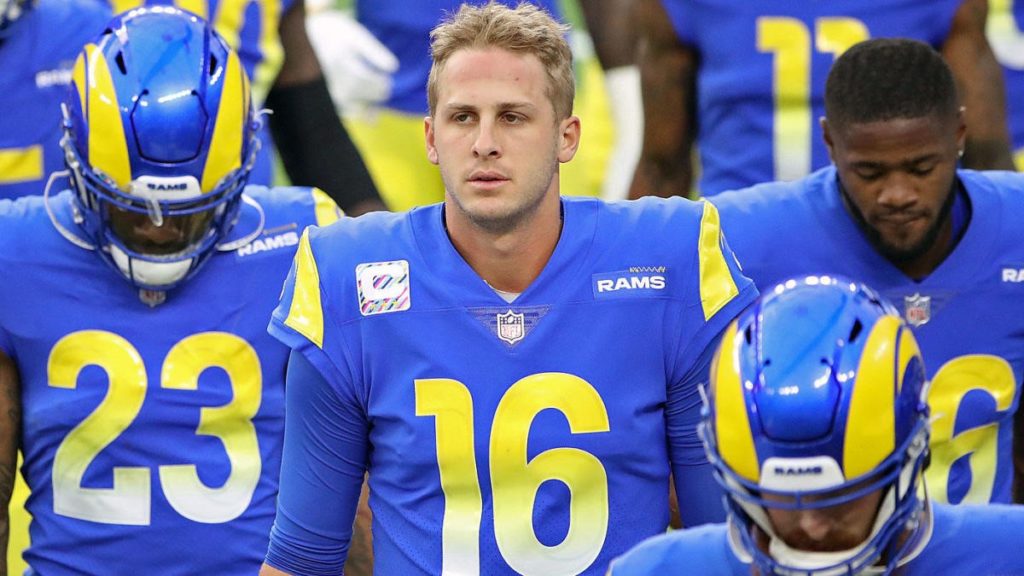 Jared Goff is a quarterback for the Detroit Lions, and the fourth-youngest quarterback in the Super Bowl. Jared made his Super Bowl debut in 2019 at the age of just 24.

Jared Goff’s rookie season started a little shaky. However, he bounced back quickly and led his former team, Los Angeles Rams, to their first season win after 13 years. He also helped the Rams reach the Super Bowl LIII, the Rams’ first Super Bowl appearance since 2001.

However, despite Goff’s great performance, the Rams couldn’t win the Super Bowl, and lost to the New England Patriots 13-3.

Jared Goff was an avid supporter of the San Francisco 49ers. He also wears the #16 on his shirt to pay tribute to his childhood hero, Joe Montana. 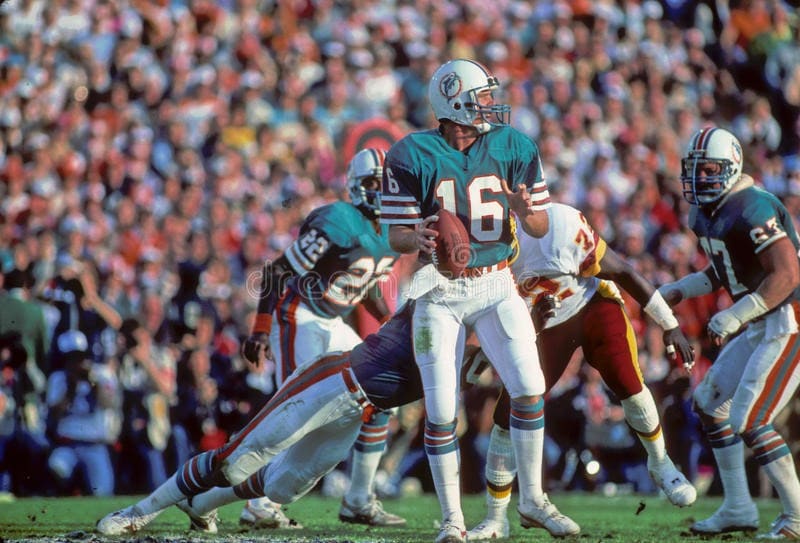 Before starting his professional career in the NFL, Woodley played college football at Louisiana State University. Woodley had one of the best NFL careers, and is also remembered as one of the greatest players between the era of Bob Griese and Dan Marino.

During the Super Bowl XVII, Woodley was the youngest quarterback to appear on the biggest NFL stage. However, despite their strong start, Woodley and company couldn’t take hold of the game, and lost to the Washington Redskins 27-17.

David Woodley was named the team MVP for his rookie season in 1980. He also set the record for most pass completions for the Dolphins during the same season. 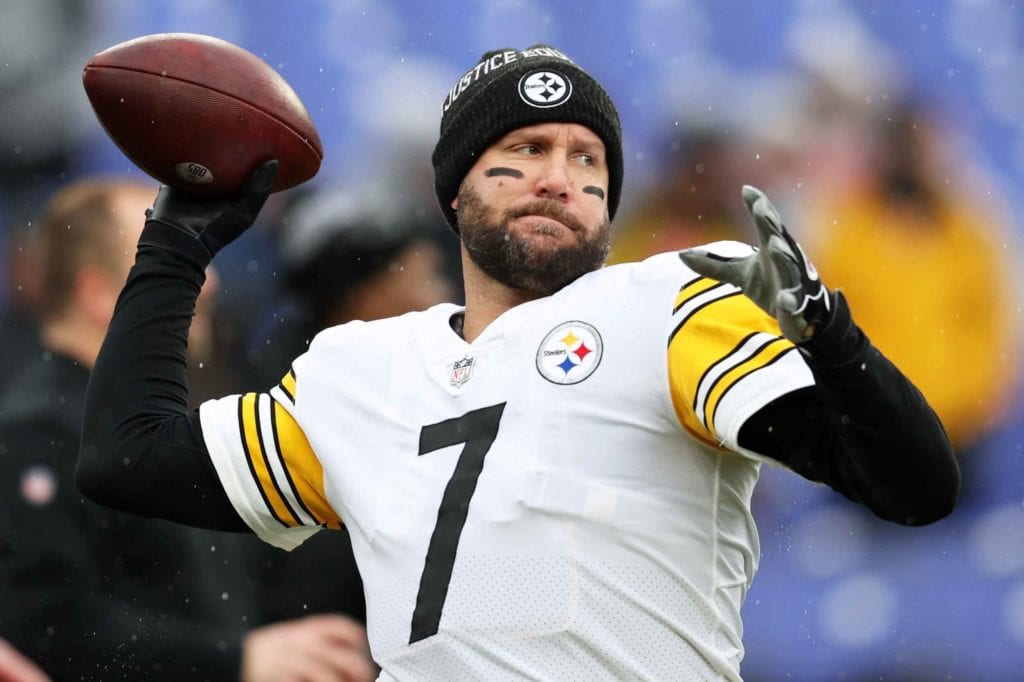 Ben Roethlisberger is the second-youngest quarterback to appear in the Super Bowl.

Ben made his Super Bowl debut with the Pittsburgh Steelers in 2006. With stats including 9-for-21, 123 yards, and 2 INTs, Ben led his side to victory against the Seattle Seahawks 21-10.

Afterward, Ben Roethlisberger became an instrumental player for the Steelers, helping them win the Super Bowl XLIII in 2009 against the Arizona Cardinals in a match that ended 27-23.

His career in the NFL resulted in many victories for the Pittsburgh Steelers in the 18 seasons that he played with them.

Before his professional career started, Ben Roethlisberger played college football at Miami (OH), where the Steelers snatched him up in the 2004 NFL draft. 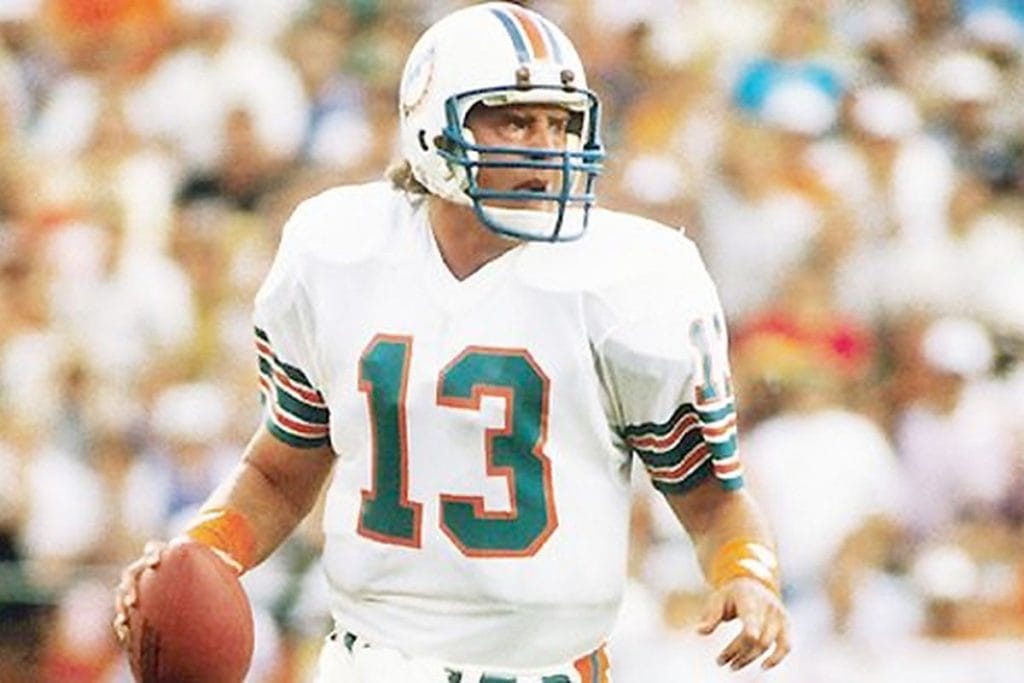 One of the greatest players the NFL has ever seen, Dan Marino holds numerous records to his name. His exceptional quick grab and release technique made the Dolphins a formidable opponent for anyone in the league.

However, despite holding so many records, Dan Marino has never been in a Super Bowl-winning squad. His first and only Super Bowl appearance was in 1985 with the Dolphins, where his side lost to the San Francisco 49ers 38-16.

Despite not winning a Super Bowl in his career, Dan Marino is regarded as one of the greatest quarterbacks to have played in the NFL. Many critics believe that he is the greatest player never to win a Super Bowl.

Dan Marino has earned numerous awards in his NFL career. He was named the NFL MVP in 1984, where he recorded one of his best performances ever, including over 5,000 passing yards, 48 touchdown passes, nine 300-yard passing games, and four 400-yard passing games.