As a coastal city, Boston developed its own unique cuisine and many of the restaurants on his list have been serving traditional New England fare for well over a century. The other long-running restaurants on this list were established by French, Italian, and Irish immigrants and in a few cases, members of these families are still running the restaurants today.

As of November 2019, all of the restaurants on this list are still in operation and any old historical Boston restaurants that have closed recently were left off the list. 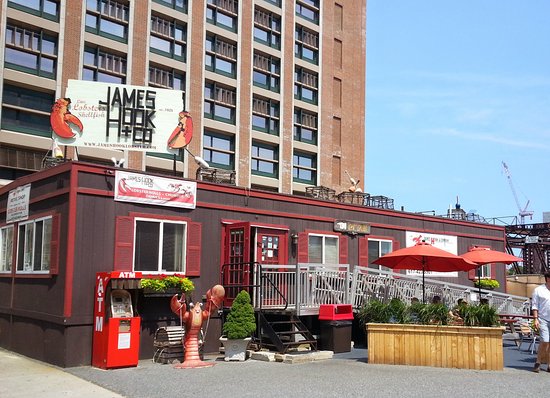 James Hook & Co has been a Boston institution since 1925 when James Hook and his sons first began catching and selling lobsters on Boston’s waterfront. The Hook family sold their lobsters everyday directly to Boston’s restaurants and they soon garnered a positive reputation.

James Hook & Co still wholesales lobsters and they ship over 50,000 pounds of lobster each day around the world. 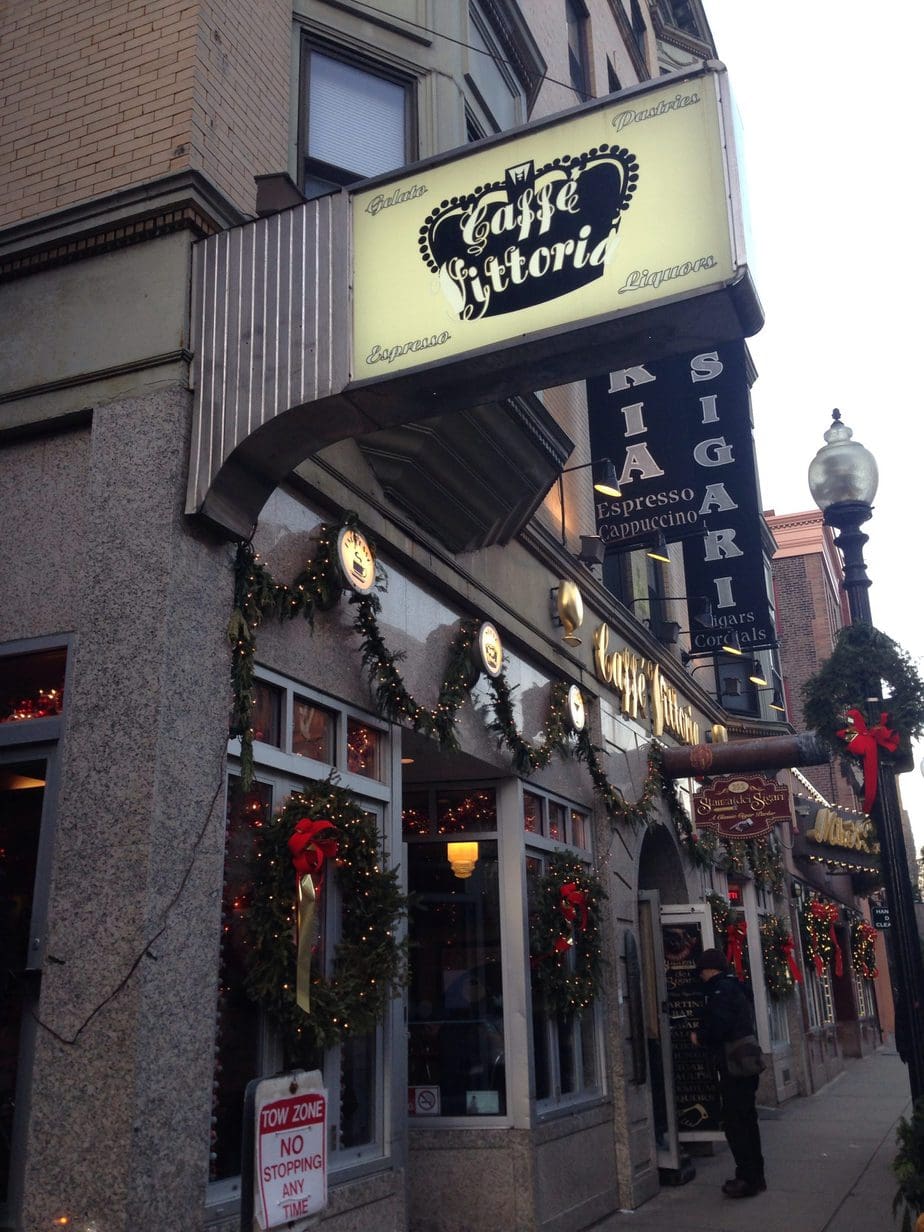 Caffé Vittoria is a vintage coffee shop first opened in 1929, that reportedly was the first Italian cafe in Boston. The cafe has been serving traditional drinks like espresso and cappuccinos as well as cannoli and other treats. Over the years, Caffé Vittoria has been renovated and a wall separates the original 1929 interior from the more modern areas.

Today, Caffé Vittoria is owned and operated by the Riccio family and the cafe is known for having some of the best hot chocolate and cappuccino in the United States. Because of its popularity and longevity, Caffé Vittoria is frequented by celebrities and politicians like Al Pacino and President Bill Clinton.

In 2013 Caffé Vittoria was featured on Syfy’s Haunted Collector show and the show’s research team discovered that the cafe sits on the site of a baby farm – a place where parents could give up custody of their babies in exchange for money – where its proprietor Ms. Elwood abused and killed some of the infants. 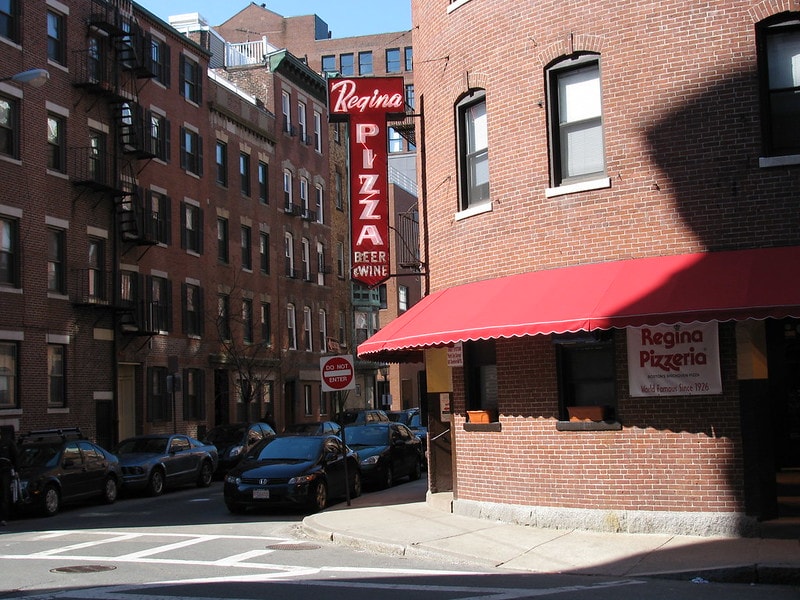 Although Santarpio’s Pizza has been open since 1903, it did not start selling pizzas until 1933, which makes Regina Pizzeria the oldest pizzeria in Boston. Regina Pizzeria was originally opened in 1926 in Boston’s “Little Italy” neighborhood by Luigi D’Auria. He bought his ingredients from the Polcari family across the street, who ended up buying Regina Pizzeria in the early 1940s.

The Polcari family began using their own family recipes and they still own and operate Regina Pizzeria today. In addition to the original location in Boston’s North End, the Polcaris have turned Regina Pizzeria into a regional New England chain.

In 2018, Regina Pizzeria was declared the best pizza restaurant in the United States by TripAdvisor. 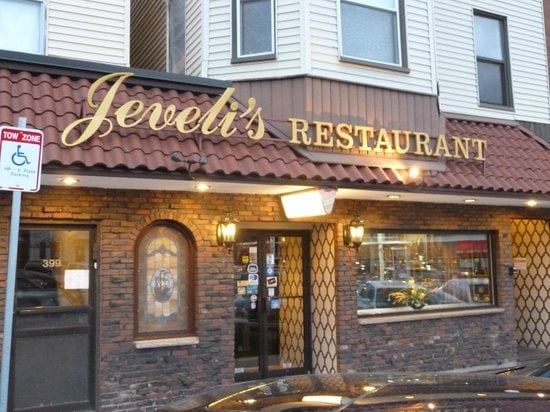 Jeveli’s Restaurant is the oldest Italian restaurant in Boston and was opened in 1924 by Pasquale Jeveli, whose original last name – Ievoli – was misspelled on official documents at Ellis Island when he immigrated to America from Italy. After Pasquale died, his second oldest son, Armand took charge of the restaurant, along with his siblings, who held various restaurant positions.

Over the years, Jeveli’s Restaurant has expanded to accommodate more people, but has remained in its original location. Jeveli’s is still run by members of the Jeveli family today.

The current owner of Jeveli’s Restaurant, Eric Jeveli, personally cooked for President Bill Clinton and over 70 members of his staff in 1997 and the large dining room originally added in 1982 was remodeled and dubbed “The Presidential Room.” 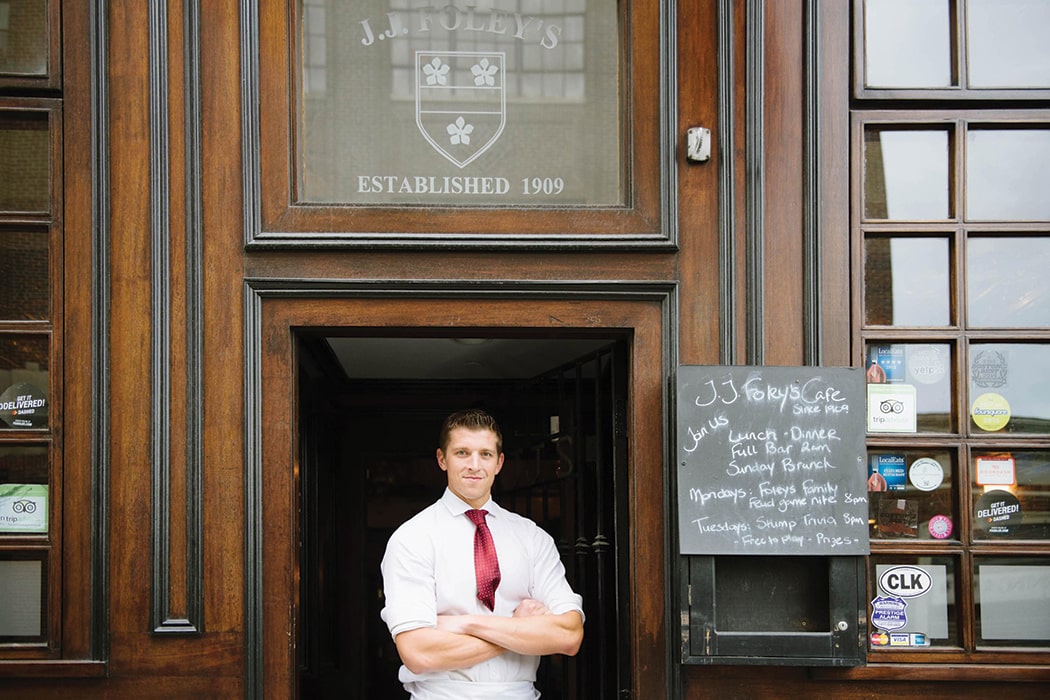 J.J. Foley’s Cafe is one of the few old restaurants in Boston that is still owned and operated by the same family. Jeremiah J. Foley opened his restaurant and bar in 1909 when Irish immigrants weren’t really welcome in America. However, J.J. Foley’s Cafe has survived for over 110 years and has become Boston’s quintessential Irish American pub and restaurant. 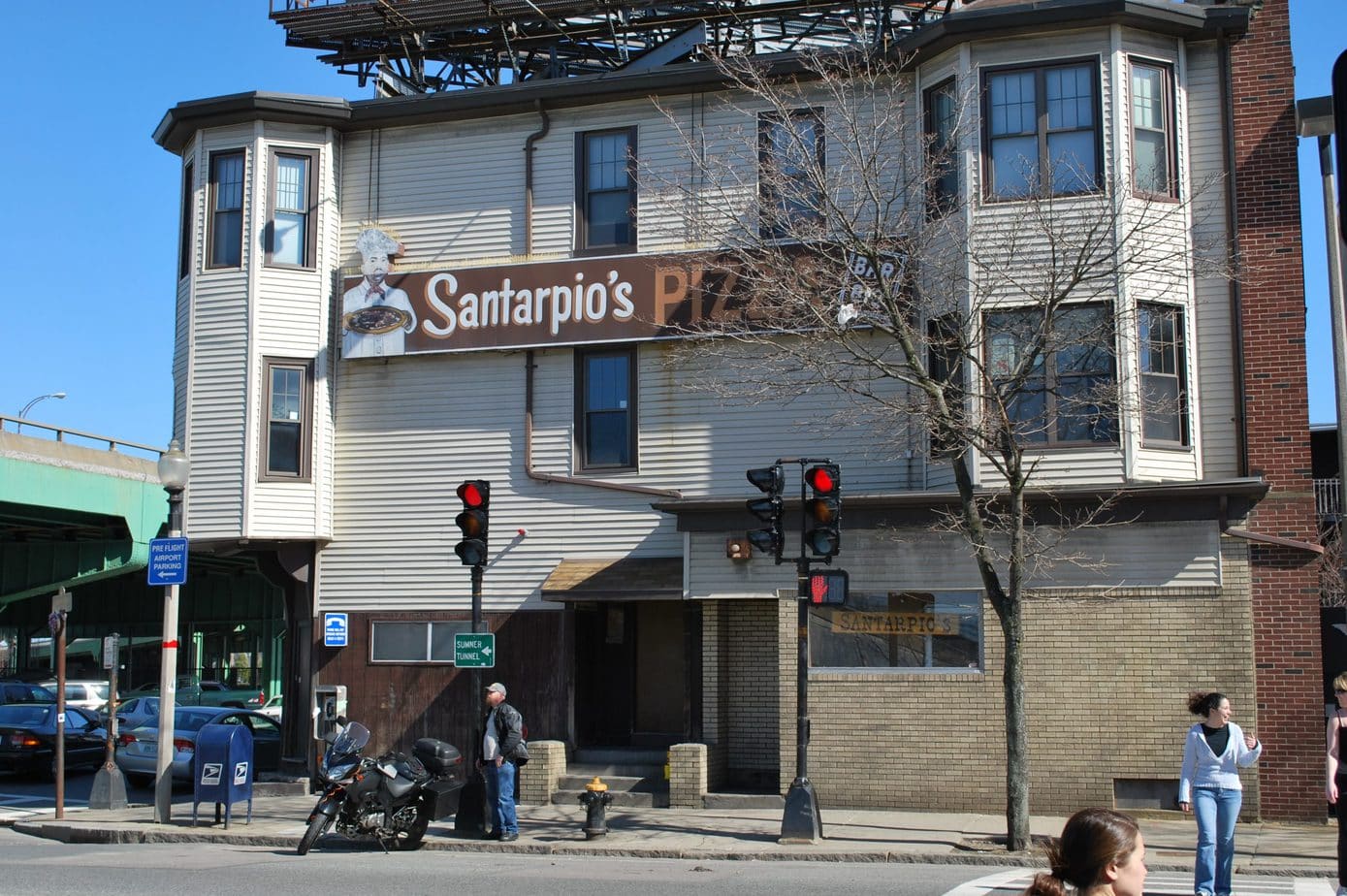 Santarpio’s Pizza is now one of Boston’s best-known pizza joints, but the restaurant actually started out as a bakery in 1903, opened by Frank (Francisco) Santarpio. After Prohibition ended in 1933, the bakery was turned into a pizzeria by Frank’s son, Joseph, who turned down an offer to play for the New York Yankees to run the family business.

In addition to pizza, Santarpio’s also serves barbecued lamb, steak tips, and sausage. Santarpio’s is still run by members of the Santarpio family, who did open a second location in 2010 in Peabody, Massachusetts, about 14 miles from the original restaurant.

Santarpio’s Pizza was not impressed by the cast or crew of the film My Best Friend’s Girl, and refused to fill an order from them that insisted 75 pizzas be ready in one hour. 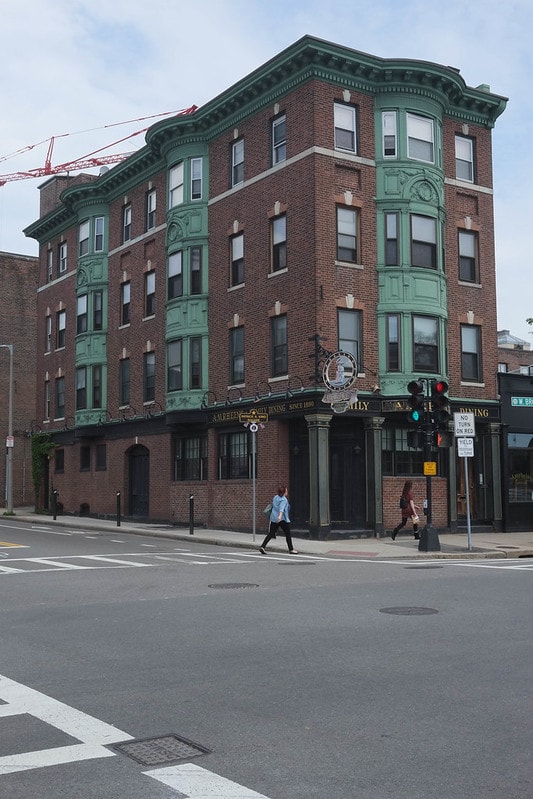 Amrheins is reportedly the oldest restaurant and bar in South Boston, first opened sometime in 1890. For much of its history, Amrheins was a popular meeting spot for local politicians as well as the families who lived nearby. In 2016, Amrheins was briefly closed for renovations, sparking worry among its loyal customers that the restaurant was closed for good.

While Amrheins did reopen after a month or so, the restaurant’s future is once again uncertain. In early 2019, Amrheins as well as the surrounding site was purchased by City Point Capital, who have not revealed whether or not they plan to use the site for something else. For now, Amrheins remains open.

Amrheins has the country’s oldest hand carved bar as well as the first draft beer pump ever installed in Boston. 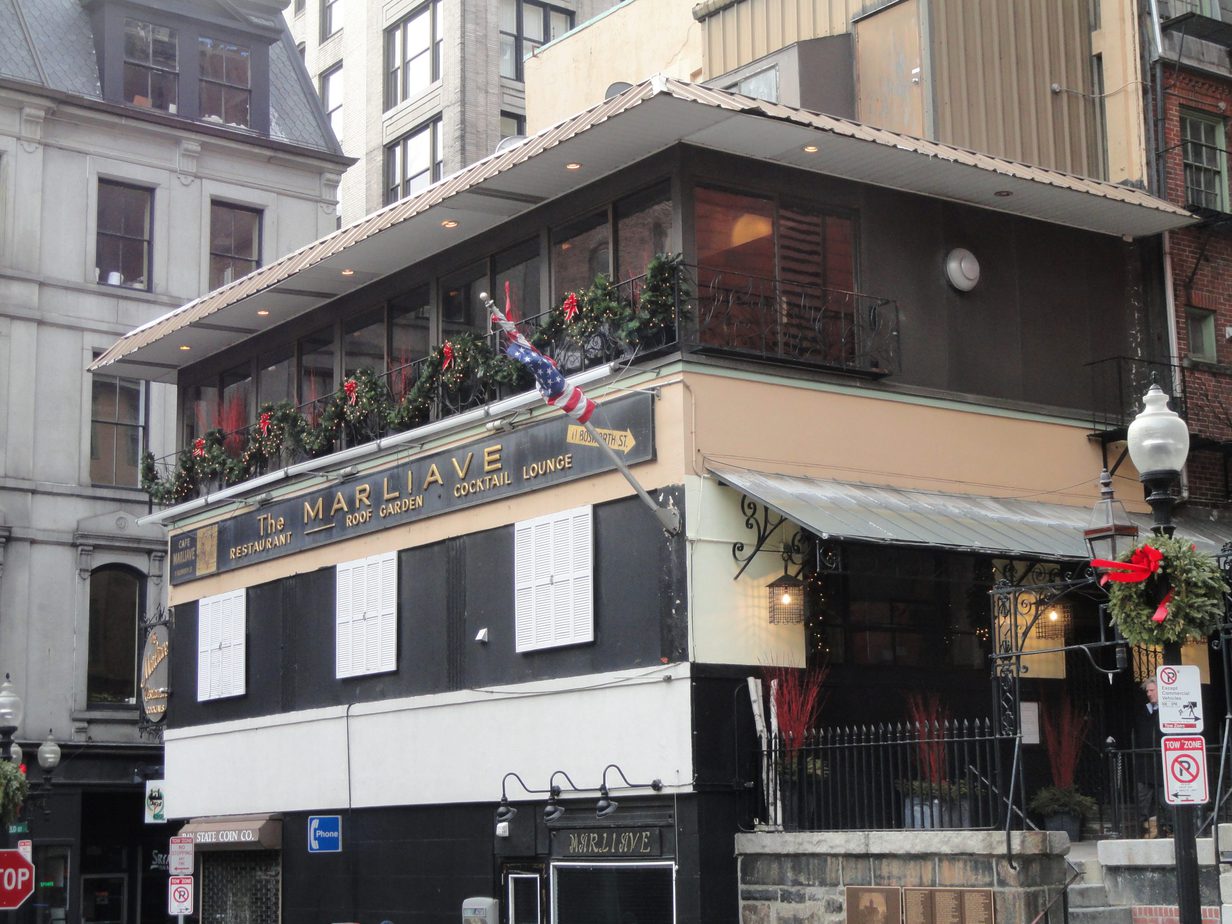 The Marliave is the oldest French restaurant in Boston, dating back to 1885. The restaurant, located in what is now the Downtown Crossing area of Boston, was opened by French immigrant Henry Marliave, who brought his family’s recipes with him to America.

The Marliave was in continuous operation until 2006 when the restaurant was seized by tax collectors because the owner at the time owed back taxes. However, Marliave was rescued by Chef Scott Herritt, chef/owner of the nearby Grotto restaurant.

During Prohibition, the Marliave operated as a speakeasy and was the site of many liquor seizures. 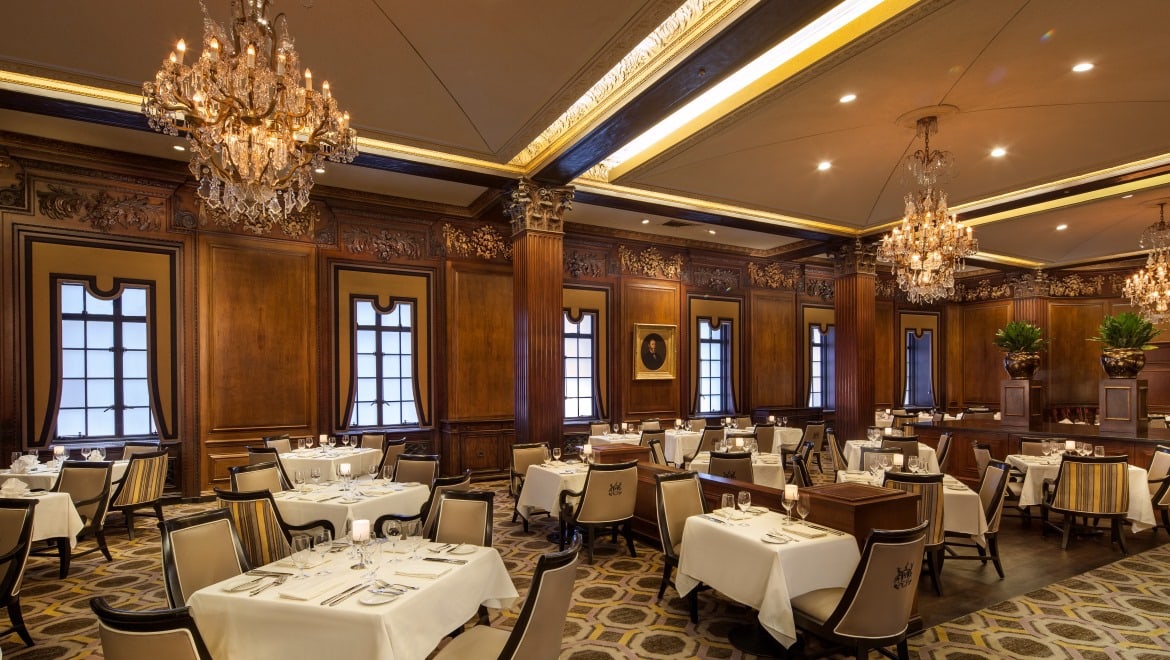 Parker’s Restaurant is responsible for inventing Boston Cream Pie and the Parker House roll, which have now become synonymous with any fluffy, soft, and buttery bread roll. 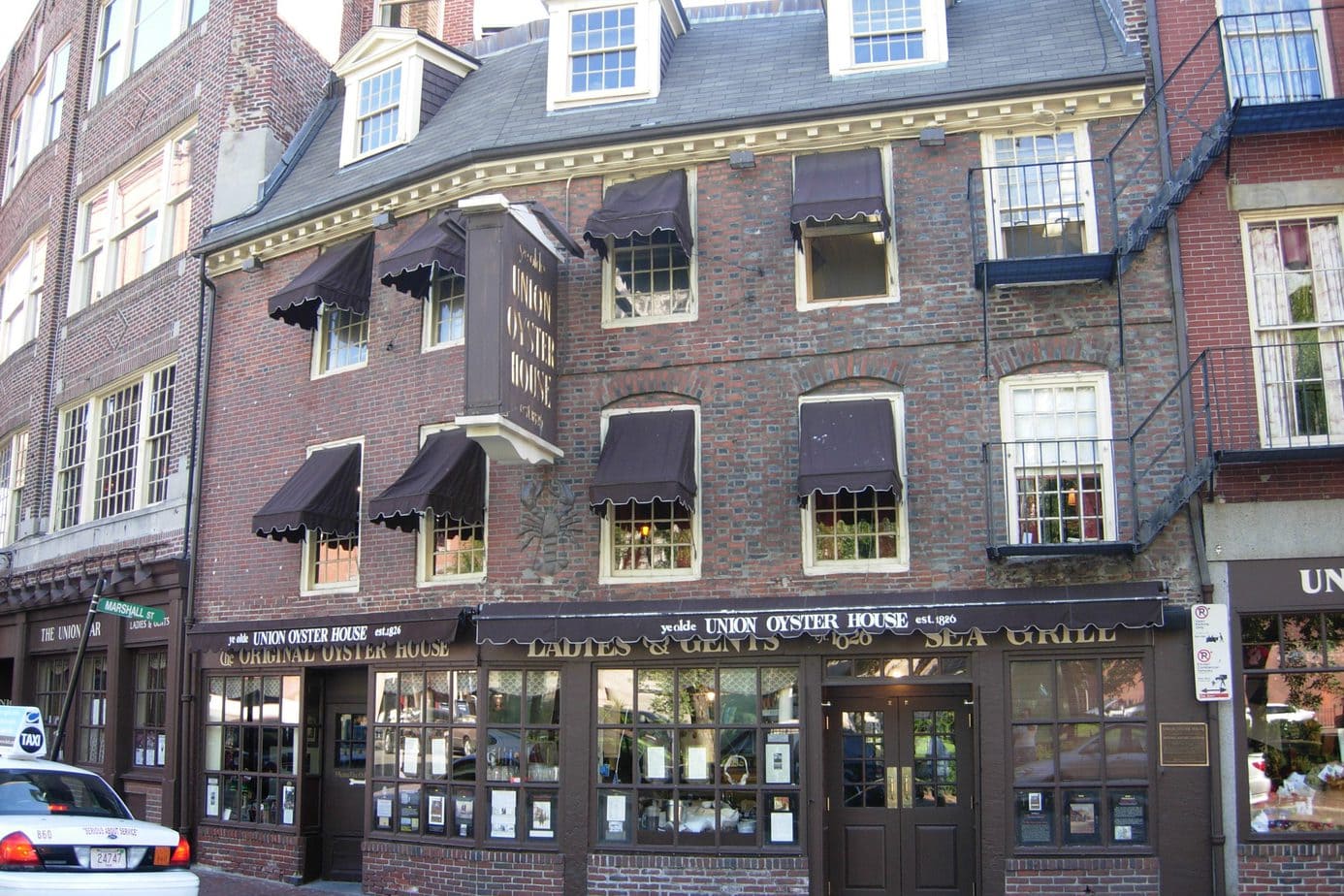 As its name suggests, Union Oyster House is famous for serving oysters as well as other seafood and traditional New England dishes. Surprisingly, although Union Oyster House is over 193 years old, it has only had three owners: Hawes Atwood, Joseph A. Milano Jr., and Mary Ann Milano Picardi.

As one of Boston’s oldest and most famous institutions, Union Oyster House has been frequented by many notable people, including the Kennedy family. J.F.K.’s favorite booth was dedicated to his memory and is now known as “The Kennedy Booth.”

Posted by Shasha Neil 0
Philadelphia is one of the most historic cities in the United States and is also a city overflowing with booze.…