California only became a state in late 1850, but thousands of people had flocked to the territory in 1848 when the famous Gold Rush began. While many people came, few succeeded in striking it rich, but others capitalized on the abundance of people now living in the region. People began selling food to feed the miners as well as the fishermen. Some of these early food stalls became permanent restaurants and are still around today. All of California’s oldest restaurants date to the mid-19th century and the oldest one even predates California becoming a state! 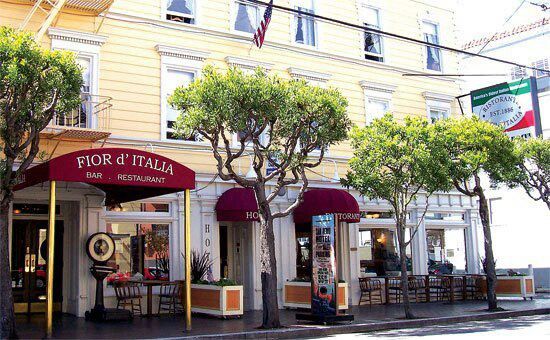 Fior d’Italia was opened in 1868 by Angelo Del Monte and Armido “Papa” Marianetti to feed the gold miners and treasure hunters who wanted to try their luck in the Barbary Coast of San Francisco. Del Monte, an Italian immigrant, had originally come to California to try and make a fortune during the years of California’s Gold Rush. After his was not successful at striking it rich, Del Monte moved to San Francisco and met another young Italian immigran, Marianetti, not long after.

Due to various disasters, the Fior d’Italia has operated out of different locations in the North Beach area over the years. Today, Fior d’Italia is located on the first floor of the San Remo Hotel, which was first built after the 1906 Earthquake by A.P. Giannini, the founder of Bank of America.

Although the San Remo Hotel is also a historic San Francisco building, Fior d’Italia has only been operating there since 2005 after its last location, which it had been in since 1954, burned down. 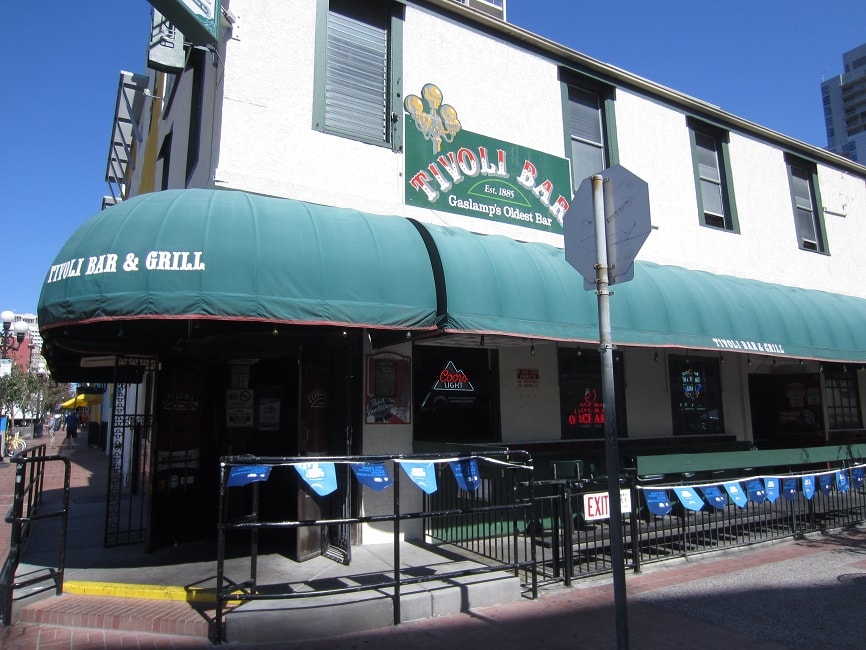 The Tivoli Bar & Grill is the oldest bar/restaurant in San Diego. Established in the San Diego’s Gaslamp District in 1885, Tivoli Bar has been a popular local hangout for years. Tivoli is located on a lot originally owned by local land baron Alonzo Horton, who is responsible for developing most of downtown San Diego.

The first building on the site was called the Walker House and it served as a boarding house, feed store, and blacksmith shop. It was converted into a saloon and kitchen in 1885 and the original bar, imported from Boston in a very roundabout way – by ship around the tip of South America – is still located inside of Tivoli Bar & Grill. The original cash register and old safe are located at the back of the bar.

The bar/restaurant’s name, Tivoli, is “I lov it” spelled backwards. 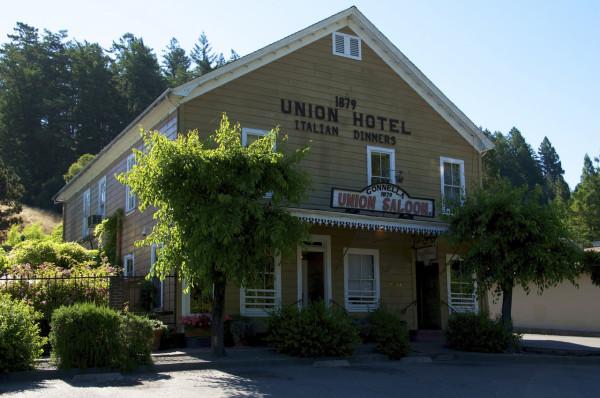 The Union Hotel Restaurant in Occidental, California claims that is has been serving Italian food since 1879, but a restaurant may not have actually existed on the site until 1891. The first building on the site was constructed by the Jones family in 1879. After building a two-story building, the Jones family sold the property back to Dutch Bill Howard, who had originally owned the lot.

In 1880, the lower level of the building was turned into a general store, while the upper level was used as a Public Hall. Then, in 1891, Howard sold the property to Giovanni Gobetti and his wife Giovanna. The Gobetti’s converted the building into the Union Saloon and started selling food and drinks. Finally, in 1925, Giovanna Gobetti sold the saloon to another Italian family, the Panizzera’s, who changed the saloon’s name to the Union Hotel. Since then, descendants of the Panizzera family have been running the establishment as both a hotel and Italian restaurant.

Today, there are a few addition Union Hotel locations (all owned and operated by the Panizzera’s descendants) and the original Union Hotel Restaurant in Occidental is still running and attracting visitors from around the world. 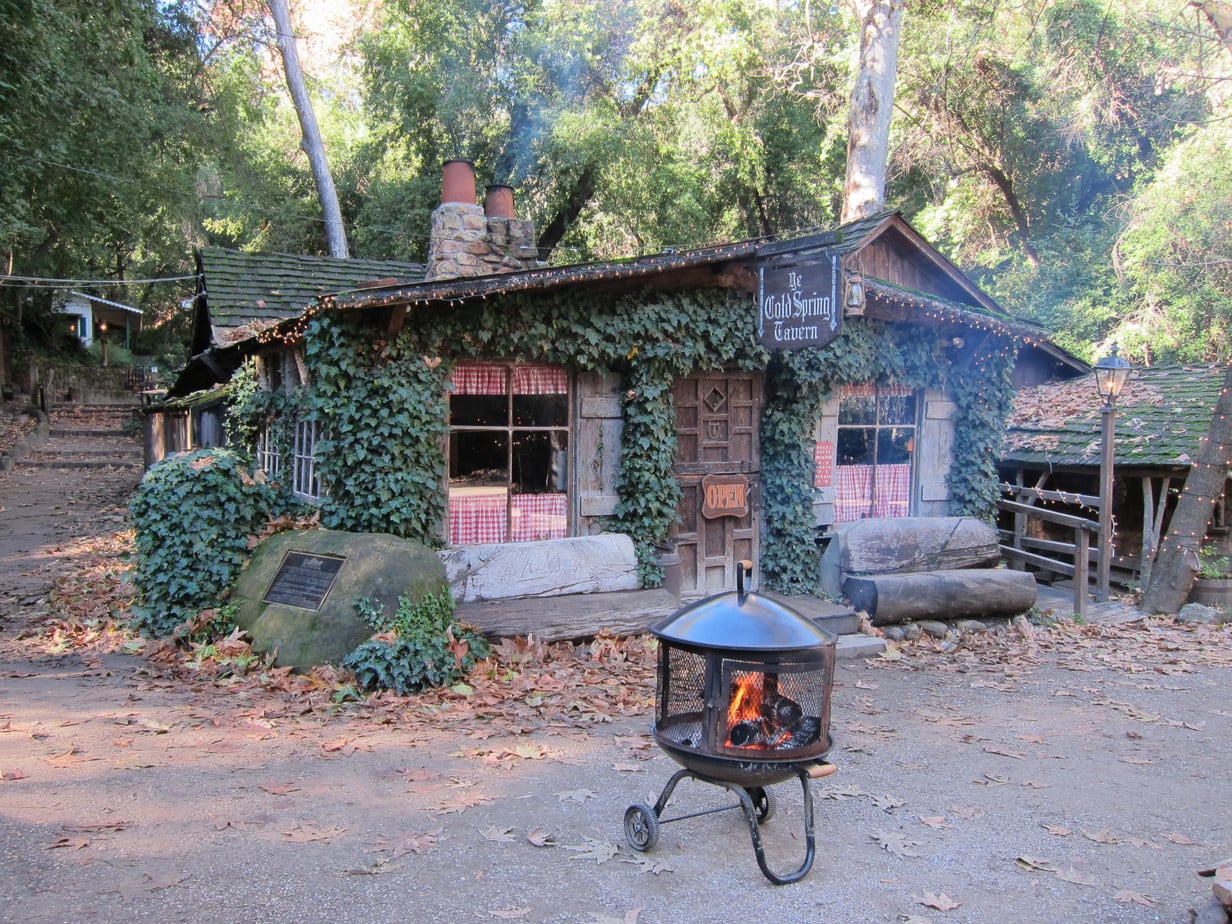 The Cold Spring Tavern was opened as a stagecoach stop in 1868. Although the early history of the tavern is not well documented, it is believed that the original building on the site was built in 1860 and contained a kitchen.

The Cold Spring Tavern has had various owners over the years, but it has been owned and operated by the Ovington family since 1941. Not only is the Cold Spring Tavern old, but so are some of the other buildings on the property. The Road Gang House behind the restaurant dates to 1868 and was built by Chinese immigrants. It was abandoned by the 1870s and has been used as a French ballet school and a small restaurant.

In addition to the Cold Spring Tavern and Road Gang House, there are several other 19th century buildings on the land, including the Ojai Jail, an old shipping crate converted into a house by the Ovingtons, the Log Cabin Bar, and the Bunkhouse (now a gift shop). 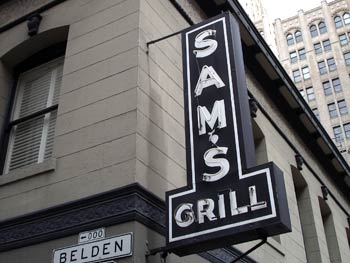 Sam’s Grill & Seafood is another old seafood restaurant in San Francisco that dates back to the mid-19th century. The restaurant was founded by Michael Ben Moraghan, an Irish immigrant, in 1867 in the old California Market. Moraghan sold fresh oysters that he raised himself out of the San Francisco Bay.

By the 1890s, Moraghan’s company had become one of San Francisco’s leading seafood suppliers and he continued to sell oysters from his stand. In 1906, the California Market was destroyed, but Moraghan’s company continued to sell its seafood out of other locations. The California Market was rebuilt in 1919 and the company became the the Burlingame Oyster Company. Samuel Zenovich bougth the company in 1922 and named the restaurant The Samuel Zenovich Restaurant. After Zenovich’s death in 1937 the restaurant changed its name one final time to Sam’s Grill & Seafood Restaurant.

Sam’s Grill & Seafood moved to its current location in San Francisco’s Financial District in 1946 and the restaurant is currently owned by a former employee, Peter Quartaroli, and a group of loyal patrons. 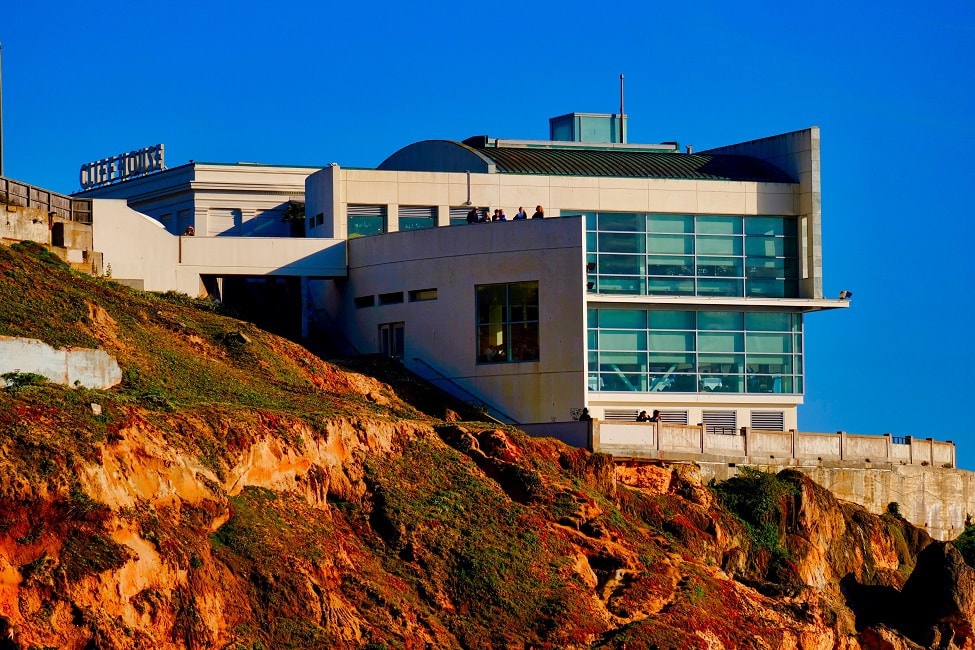 Although the Cliff House has had to be rebuilt several times in its history, the spirit of the restaurant and its name has remained the same since it first opened in 1863. The first iteration of the Cliff House was built by Senator John Buckley and C. C. Butler on the San Francisco coast.

The Cliff House has not been privately owned since 1977 when it became part of Golden Gate National Recreation Area. However, the Cliff House is run day-to-day by the Hountalas family.

Unlike the Tadich Grill, which is a few years older, the Old Clam House has remained in the same spot since it was first opened in 1861. The restaurant was constructed on what was then the waterfront to the south of Islais Creek. Originally, the Old Calm House was called The Oakdale Bar & Clam House.

The Old Clam House was one of the only buildings to survive the 1906 Great Earthquake and Fire of San Francisco. 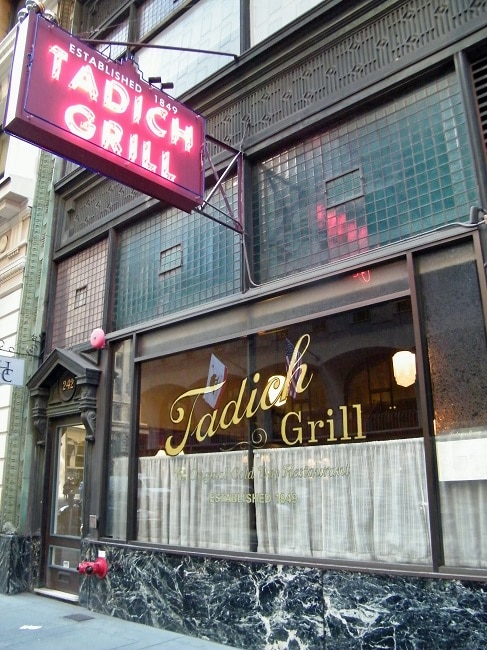 Tadich Grill started out as a small coffee stand opened by Nikola Budrovich, Frano Kosta, and Antonio Gasparich, who were all immigrants from Croatia. They opened their stand on Long Wharf, a pier that reached half a mile into the San Francisco Bay. While the coffee stand did sell coffee, grilled fish has also always been on the menu. Over the years, the Tadich Grill changed locations and finally got a permanent location (its current one) in the Financial District in 1967.

The Tadich Grill says that it is the first restaurant in America to grill seafood over mesquite charcoal, which is a traditional method of cooking the founders’ home country of Croatia.