The Ford Mustang is one of the most iconic American sports cars and favorite of automobile enthusiasts, up there with the Chevrolet Camaro. Starting as a cheaper alternative to foreign cars, the Mustang became a standalone car all its own, producing vehicles that cost upwards of $45,000. The Mustang’s success was seemingly overnight, but it took Ford several attempts and redesigns to produce its first Mustang and, furthermore, to carry on Mustang’s legacy from the twentieth century into the twenty-first. Take a ride down memory lane to learn about some of Ford’s greatest successes and failures with the Mustang. 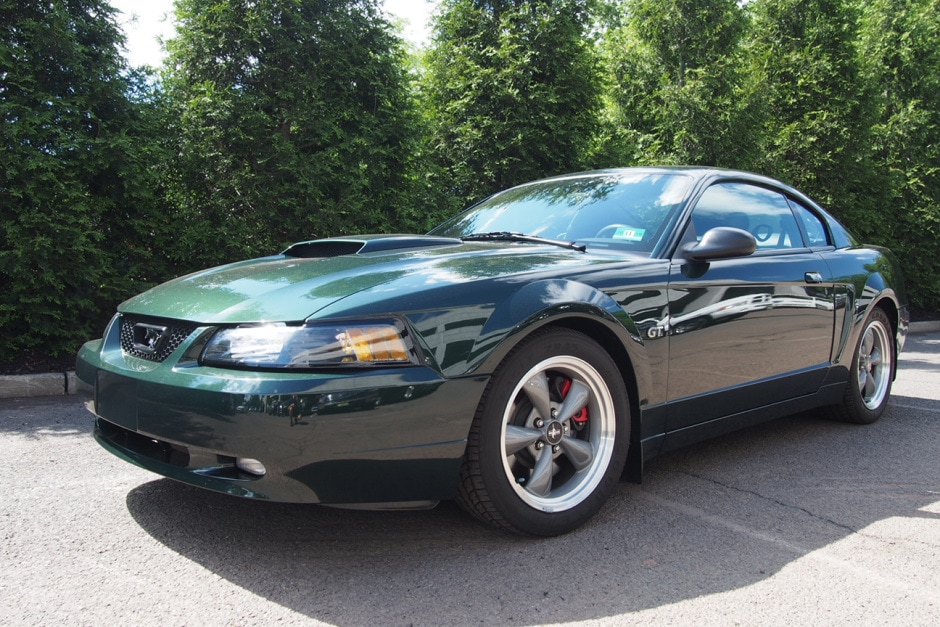 The Bullitt GT was a limited edition car in honor of the 1968 Steve McQueen film of the same name. In the movie, McQueen used a green 1968 GT to chase two other characters riding in a Dodge Charger. In homage to the film that gave them screentime with an A-list celebrity, Ford produced the cars in black, blue and a special green that was not available to any other Mustangs. The car’s interior had a retro vibe that referenced its 1960s inspiration with its comfortable seats and vintage fonts on the gauges. 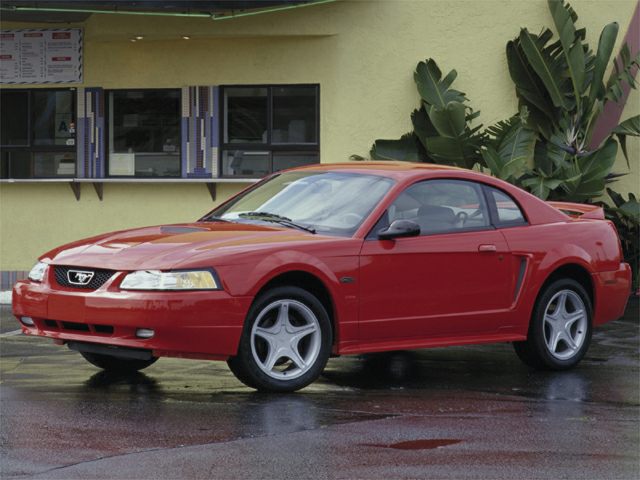 The 2000 Mustang is remarkable in its lack of remarkability. It experienced little changes from the 1999 models cosmetically, save for a removal of any references to the thirty-fifth anniversary. It was the last year GTs would be fitted with 16 inch wheels and the first year in a while that Mustang did not produce the Cobra model. Instead, they made Cobra Rs, which had no heat, AC, nor rear seating. They did have race car seats, however. In total, Ford only produced 300 Cobra Rs. 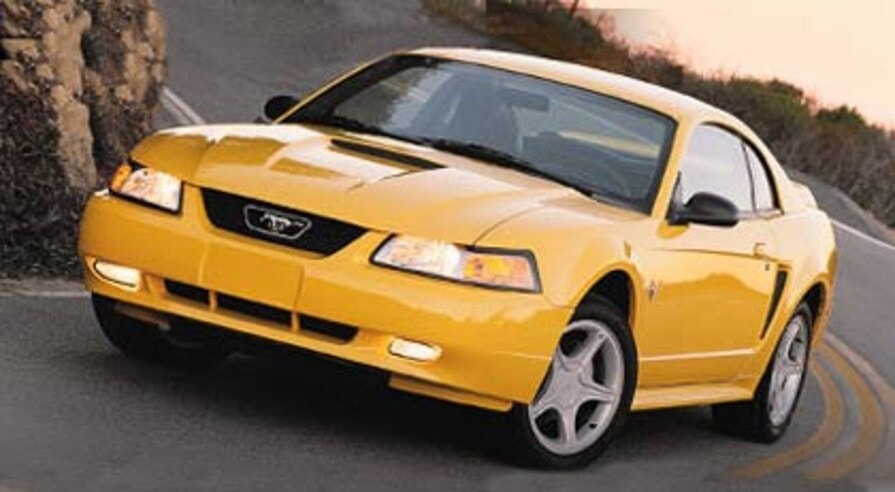 The 1999 Mustang had another redesign, albeit less intense than the 1994 model. The car received sharper lines and rectangular headlights that led people to call it the “New Edge” generation of the car. The aesthetic enhancements led to increased sales. Ford also improved the engine performance by adding a split port induction system and an upgraded suspension that resulted in a smoother ride. This year also marked the Mustang’s 35 year anniversary, which Ford celebrated through an anniversary package for their GT models. 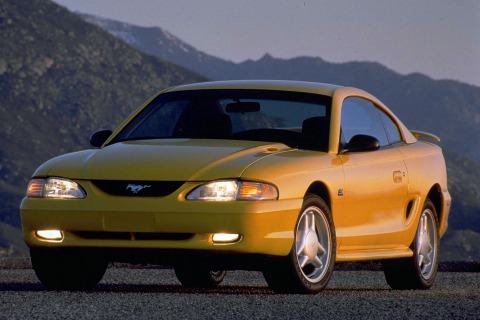 New regulations and laws forced Ford to reimagine the Fox frame of the fourth generation cars. As a result, 1994 welcomed a redesigned Mustang with stylings that made reference to the model from 20 years prior. Ford also brought back the pony grille. The interior featured stronger engines. The Cobra convertible was the 1994 Pace Car at the Indy 500 and, overall, the 1994 Mustangs sold well. 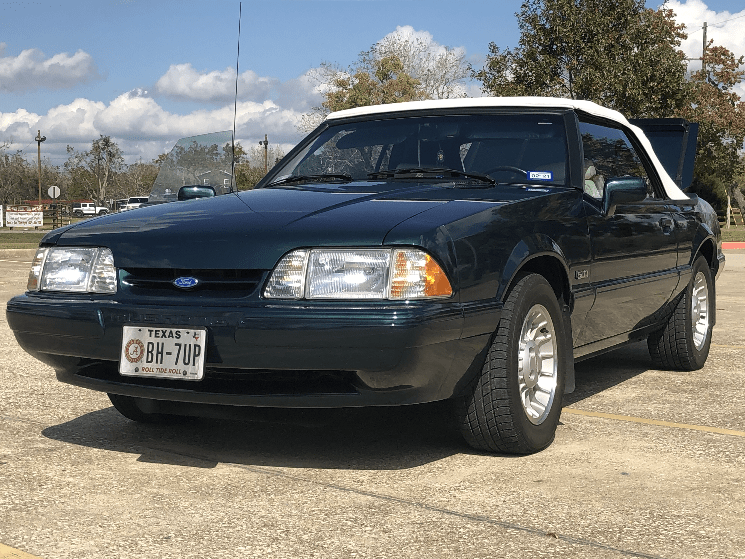 The limited edition 1990 Mustang convertible was a mistake that became a profitable success. In 1989, the soda company 7-Up wanted to host a contest with dark green Mustangs as the prize. Unfortunately for all parties involved, 7-Up backed out of the deal, leaving Ford with two already green Mustang convertibles. Simultaneously, Ford scrounged for ideas to celebrate their 25th anniversary. Putting two and two together, Ford decided to sell the now available dark green car as a limited edition run. 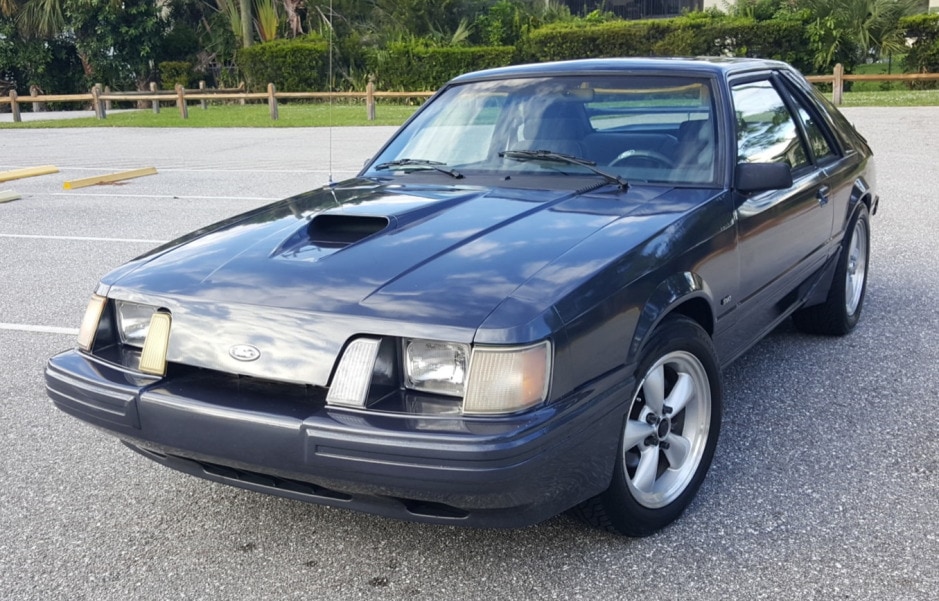 This year marked the debut of the Mustang SVO, which looked distinct from the rest of the third generation cars. Instead of the typical Fox model, the SVO had large halogen headlights, a biplane rear spoiler, and no grille. The SVO also had a sharp interior with Recaro bucket seats and a leather lined steering wheel. It received praise for its overall design. In addition to the SVO, Ford also released a special red and white GT 350 model as a convertible or hatchback to celebrate the twentieth anniversary of the 1964 ½ Mustang. 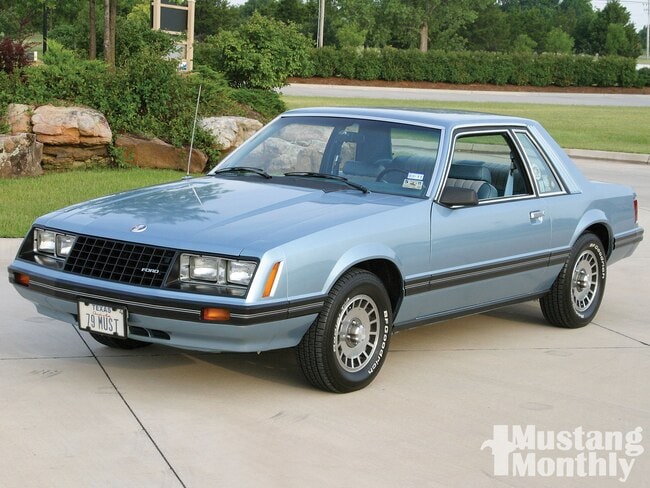 The introduction of the third generation Mustang came with yet another redesign. This time, Ford used the Fox platform, which made the car longer, taller, and lighter. The Mustang also had a stronger engine than the 1978 predecessor, as well as a more “Euro”- inspired look that included rectangular headlights and an egg crate style grille. It was the official Pace car for the sixty-third Indianapolis 500 race. 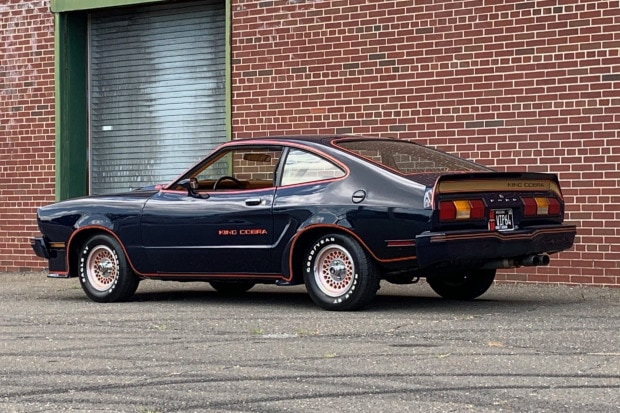 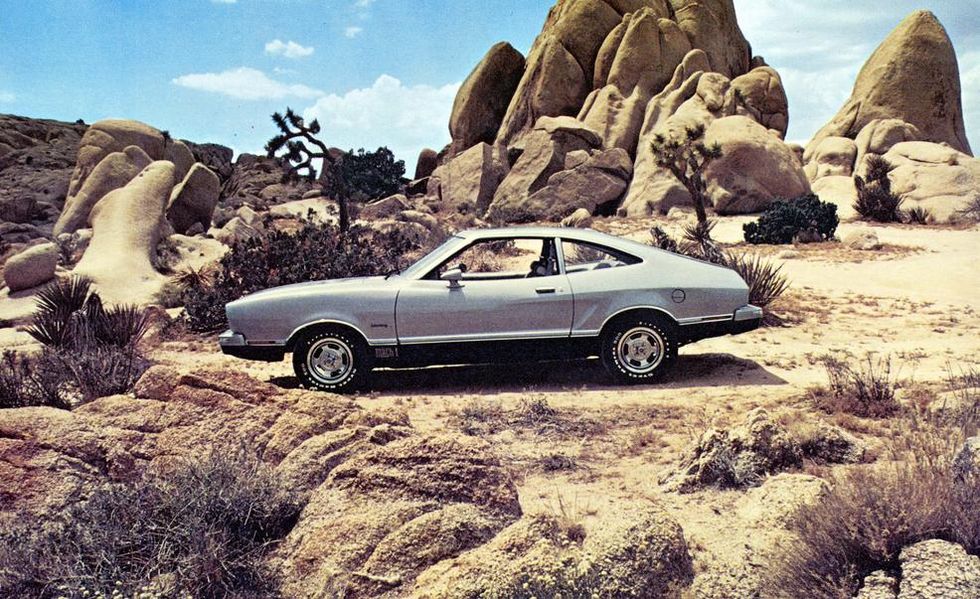 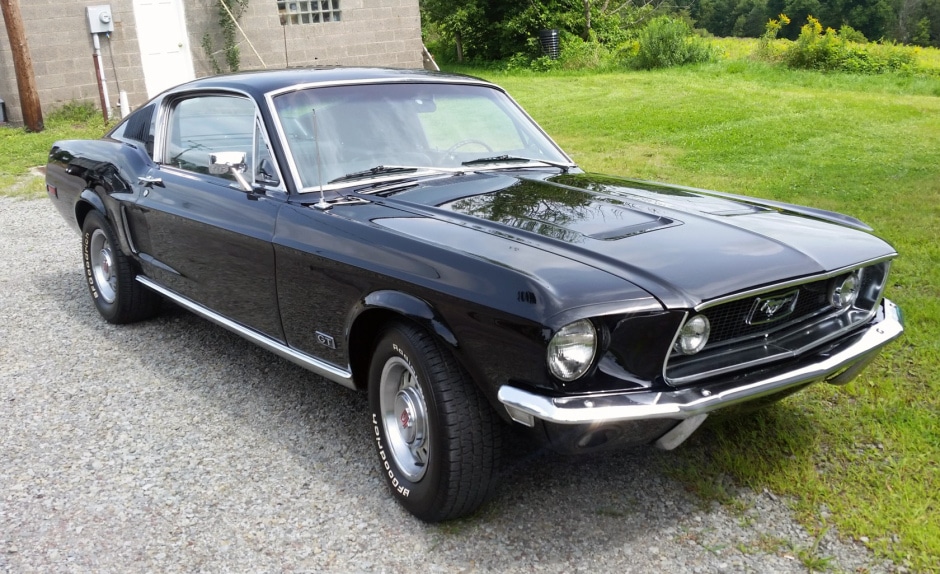 The 1968 Mustangs added even more internal changes. Ford replaced the old engine with a faster and more formidable one that became well known for its longevity. These changes made this Mustang the most “sports car” it had ever been. On the cosmetic end, the Mustang logo went from block letters to cursive, the pony emblem became less prominent, and the wheels got new chrome detailing. On the safety end, the 1968 Mustang was the first with shoulder seat belts. The 1968 Mustang could be purchased as a standard coupe, convertible, or fastback as well as the GT350 and GT500KR versions of those cars. 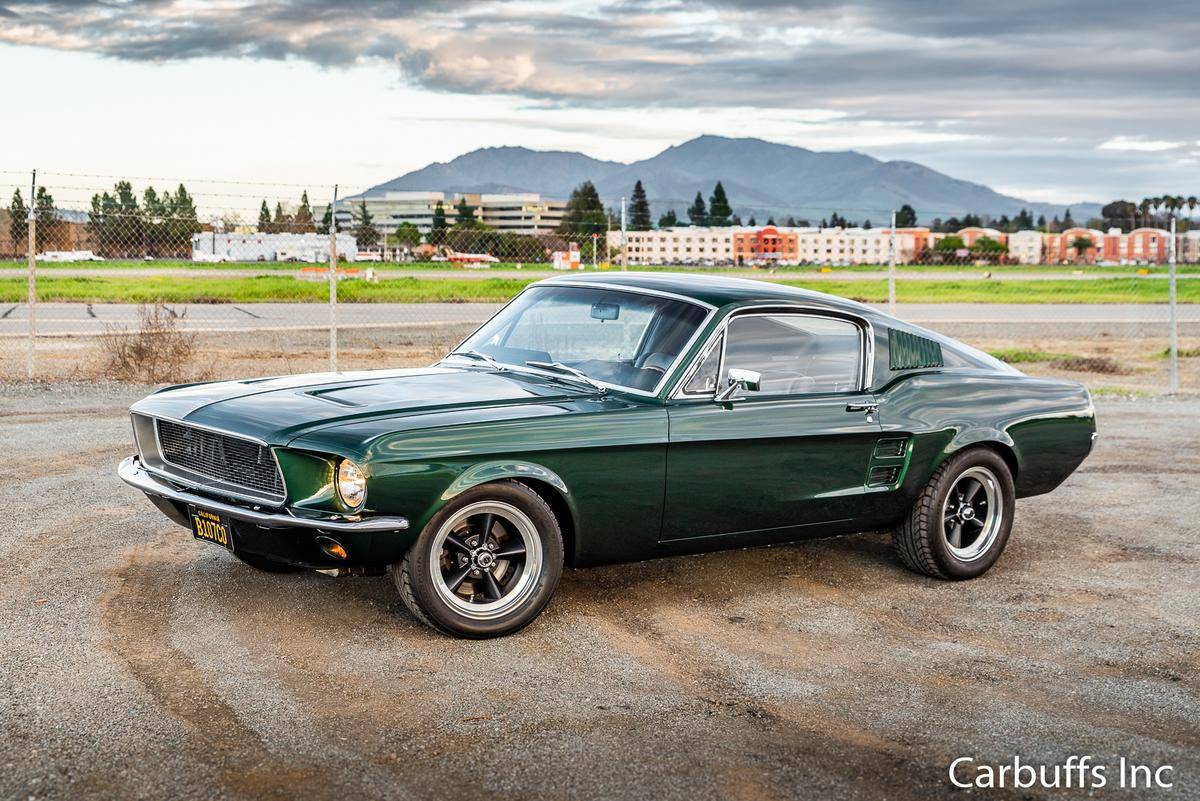 While 1967 Mustangs are still part of the first generation series, it was also the year of the Mustang’s first redesign. Overall, the car was enlarged and gained a stouter appearance. The greatest difference between the 1967 car and previous models was internal; Ford added stronger, faster engine options that went up to 427 horsepower. One of the most notable models from this year was the Shelby, which had an updated look that differed state to state depending on the laws. The cars also came in a variety of colors, including five types of blue. 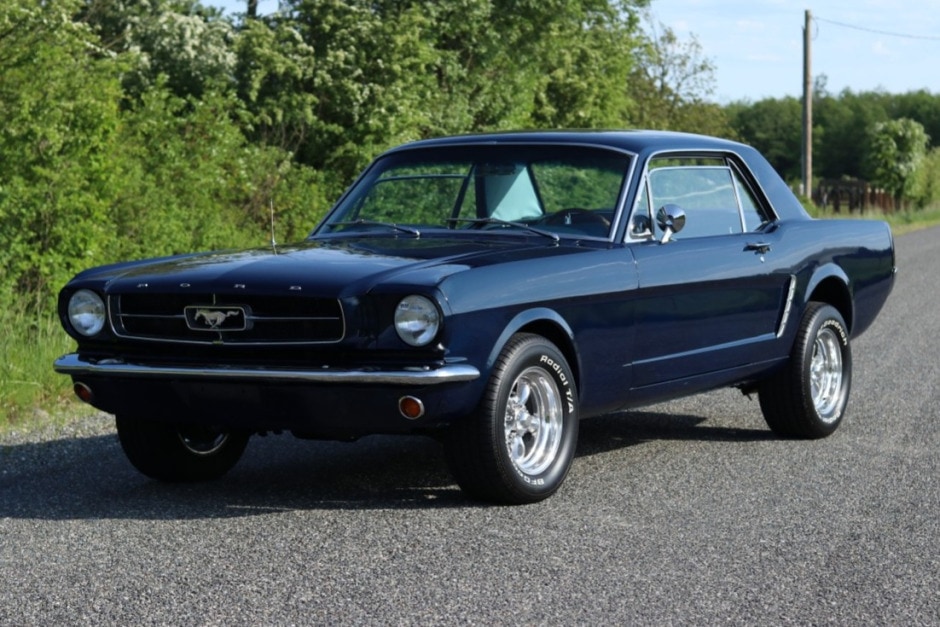 In 1965, Ford began producing their now famous Mustangs. The first generation car came in several models, including convertibles, hardbacks, fast tops, and, for the first time at Ford, the pony car. The 1965 Mustang served as a solution to the American desire for fancy foreign sports cars without the impractical price tag. The company saved costs by basing the car on the Falcon, a preexisting Ford vehicle with a reliable design. The Mustang offered several customizable options for the interior and exterior, which helped it set a record in first year sales. Today, the 1965 model is a valued collectible.