Today, mobile homes provide housing that companies can easily set up, often clustered in mobile home parks, and sell for relatively cheap prices to those who can’t afford more permanent housing. Even if people don’t use their mobile homes to move, they can live with the possibility of being able to pick up and relocate when they please.

In this list, we talk about the origins of the modern definition of the mobile home as well as how the concept of mobile homes began.

After the formation of The Mobile Home Manufacturers of America, demand for mobile homes in the United States continued to soar. The Pacemaker Tri-Level was a luxury mobile home with multiple floors and room to sleep six people. It was 34 feet long in a time when the average mobile home was around half that.

The homes became big enough around this time to accommodate hallways and rooms, which gave them a more permanent feeling. This perfectly suited the many families looking for cheap, mobile housing after the war to accommodate the husband’s changing jobs. The larger size provided the illusion of privacy, similar to a real home.

7. The Mobile Home Manufacturers of America 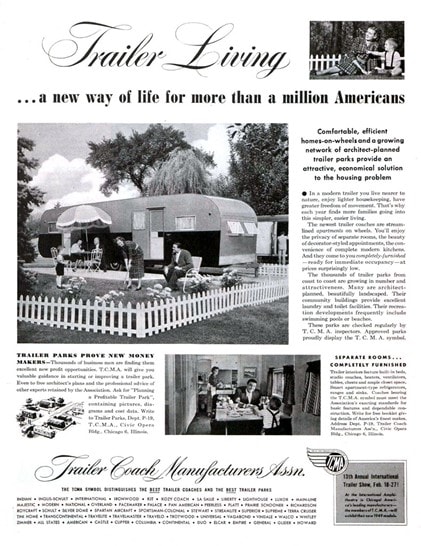 In the wake of World War II, as we discuss more below, many soldiers and workers needed temporary or cheap housing. In the 40s, it was common for factory workers, such as over 20,000 of those working at the Willow Run Bomber Plant, to live in mobile homes. The government and private companies ran trailer parks to house people like this.

Despite being only 8 feet wide on average, many families were living in them after the war. As they became more normalized, however, they also got bigger, eventually acquiring plumbing. After the war, it was expected for a mobile home to be more than a temporary living space – people needed cheap family housing full-time. By the late 40s, 7 percent of America was living in mobile homes.

The need for these trailers created the Mobile Home Manufacturers of America, who focused on turning trailer living into acceptable full-time real estate for families.

The 1950s were a time of incredible growth for the mobile home industry. Companies even showed new models around the country at expos to drum up public interest in new production lines. 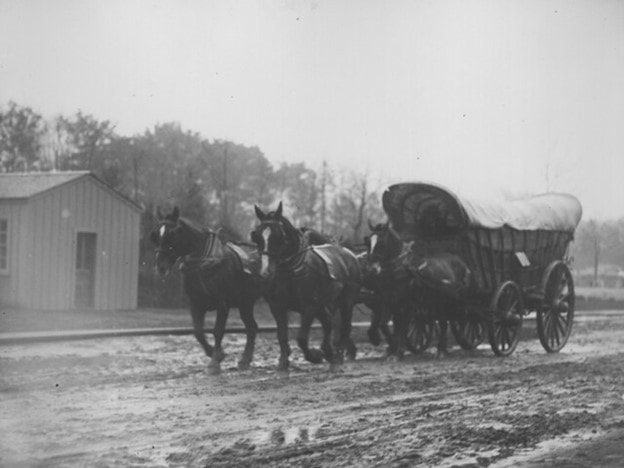 Arthur G. Sherman created The Covered Wagon Company in 1929 after enduring a hard camping trip. As the president of a pharmaceutical firm, he had enough investment capital to rent a garage and begin work on planning a commercial camper company.

By 1936, he was selling 10,000 campers to avid explorers and modern nomads. His company was located in Detroit, which allowed him to visit and learn from the Ford Motor Company’s production practices and supply chains.

Sherman soon found himself at the forefront of a growing industry, which even required its own trade association. Other companies began cropping up to meet the huge demand for campers, but Sherman can claim to be the first.

One of the big reasons that the camper industry took off so fast is the boom of the auto industry in the 20s and 30s. Vehicles gave Americans newfound freedom. In 1922, it’s estimated that as many as 10 million cars were used primarily to take their occupants camping. 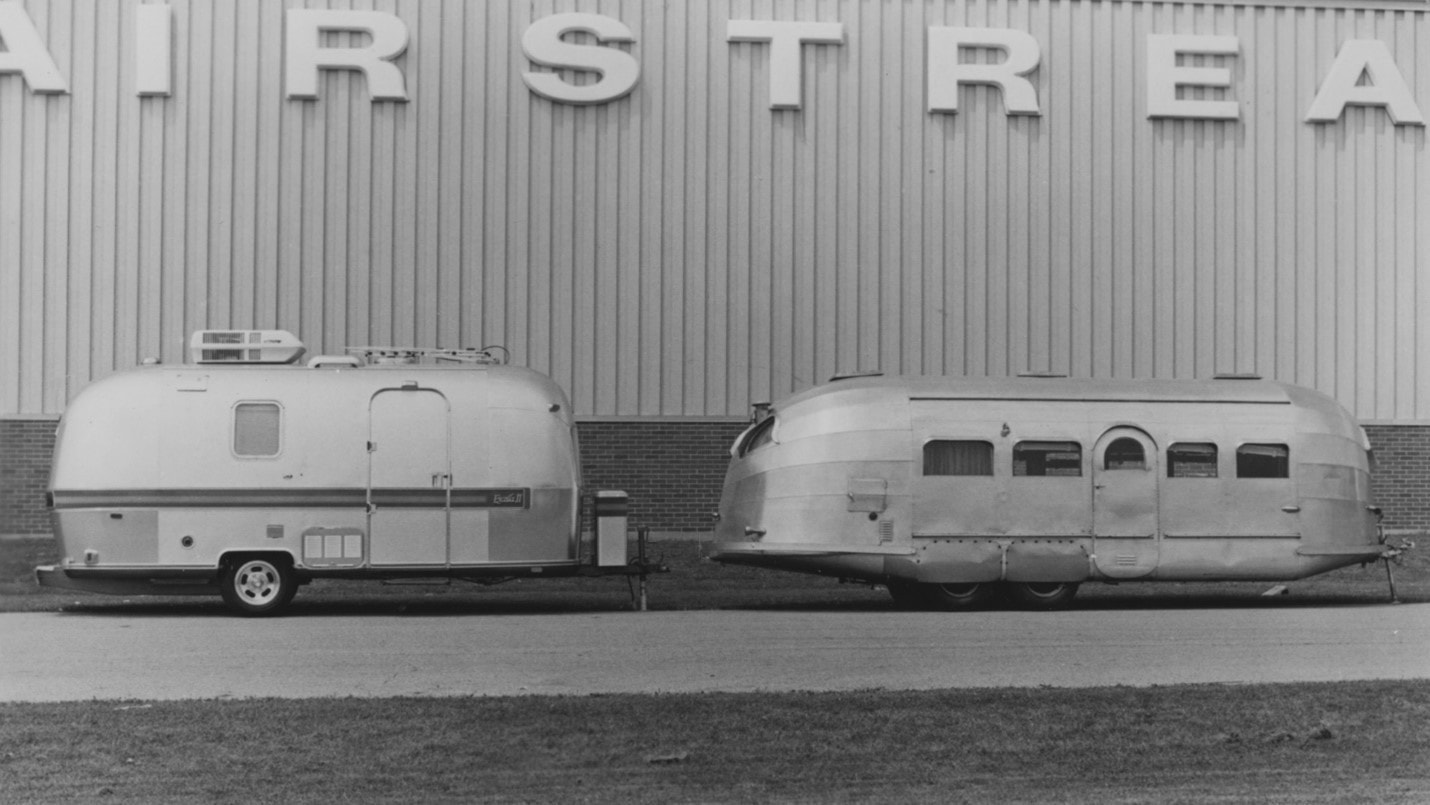 In 1926, trailer coaches were introduced to provide mobile homes to people in need of them. They were pulled by automobiles just like the modern mobile home, aimed at campers who could make use of a mobile camping site.

These coaches didn’t rise to popularity until the 40s after World War II. Veterans returned home and needed housing, more than the market could supply. For many of them, trailer coaches provided mobile houses that were easy to build, relocate, and buy. They could raise their new families cheaply and move to wherever the jobs were.

The period after WWII from 1946 to 1964 is referred to as the “baby boom.” During this time, due to soldiers returning from the war ready to start a family, over 1 in 50 women became mothers. Over 78 million people were born during this time. This surge was a huge reason that trailer coaches became widely used. 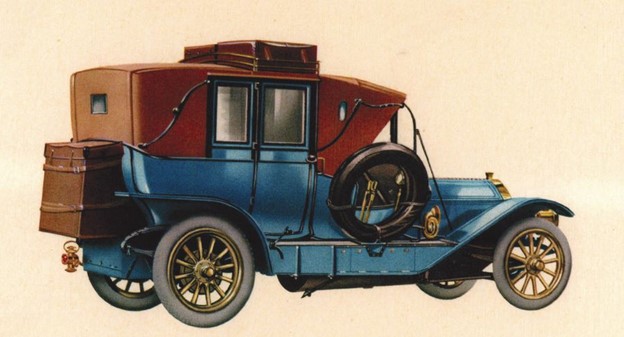 The Touring Landau owned by Pierce-Arrow is considered the first recreational vehicle, at least in America. A fifth-wheel trailer hitch was attached to a Model T roadster and used to carry a small carriage that could serve as a mobile home.

This mobile home came equipped with a chamber pot (the 1910 equivalent of a toilet) and even a phone line that connected the carriage to the driver. Other similar mobile homes or travel trailers were built around this time, including one in 1913 for a Californian professor. However, Piece Arrow’s is considered the first. 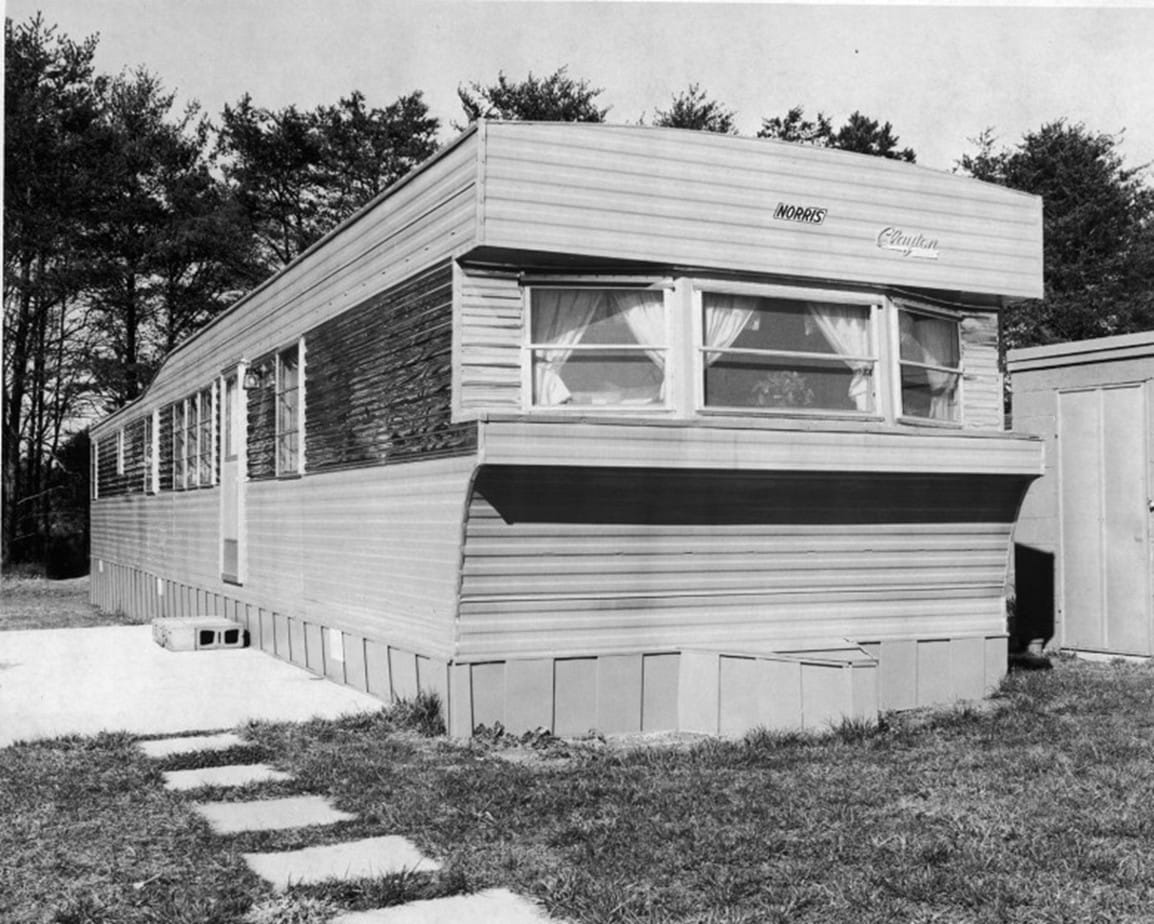 In the region of the Outer Banks in North Carolina, mobile homes were used as early as the 1870s. They represent the original mobile homes in America, pulled by teams of horses between locations, perfect for people looking for movable beachfront properties that they could relocate to match the needs of each season.

Primarily, these homes were used to escape rising tides. People would live on the beautiful beach and then relocate during the seasons where a normal house would be flooded.

These mobile homes took inspiration from modular housing created to service travelers during the California Gold Rush. These homes were prefabricated and could be set up and torn down relatively easily, a popular choice for people staying temporarily on the West Coast, looking for gold. They are not on this list because they were not truly mobile. However, these North Carolina mobile homes were based on their simple premise. 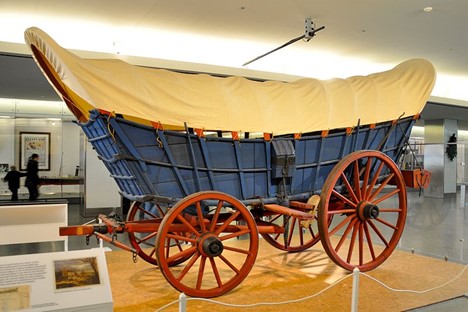 Conestoga wagons are the famous “covered wagons” of the 19th century American frontier. All covered wagons are not true Conestoga wagons, however, which are more specific for those built for heavy transport by skilled woodworkers in the Susquehanna Valley. These wagons were distinct for their oak and poplar construction, strong canvases, and heavy build. They required 4-6 horses to pull.

The Conestoga wagons were used mostly in the 1820s through the 1840s to carry farm products and families through the Mid-West. These wagons were sometimes used as mobile homes on the journey, provided they weren’t too full of merchandise.

The Conestoga wagons were built to be sturdy. Their floors were curved up on either side to stop contents in the wagon from sliding around or falling out. Even the white canvas was designed to be hardy, often soaked with linseed oil, which made it waterproof for the long journey. 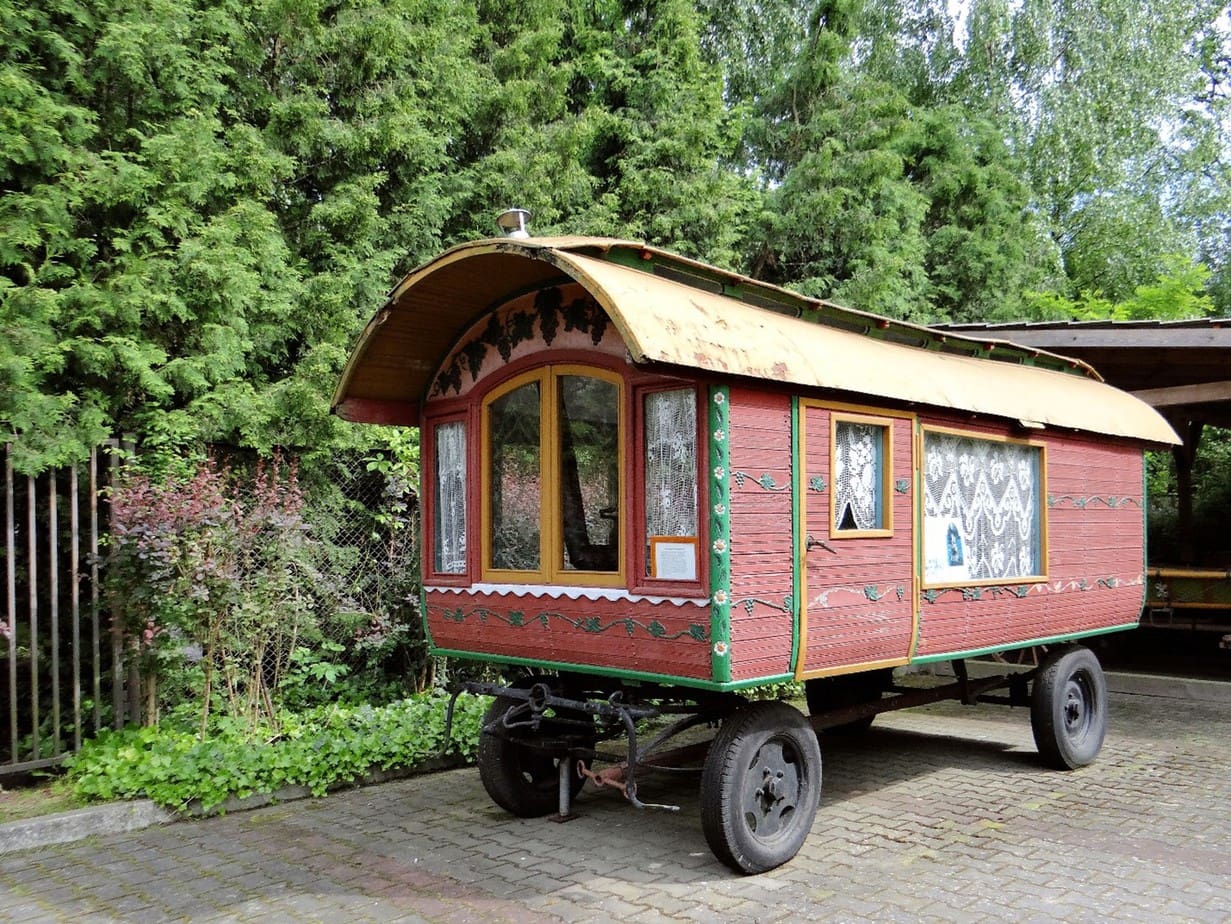 The oldest mobile homes are the gypsy wagons. These wagons were not created to carry merchandise but to serve as movable homes for roaming gypsy caravans. They began appearing in France around 1810. Over the next few decades, they could be seen in the UK and anywhere else where traveling circuses could be found.

They were commissioned for weddings or to celebrate new children and made of luxurious carved wood, including oak, pine, elm, and walnut. The wagons had different styles and features that demonstrated wealth and status. Each was differently ornate and served a unique purpose. They all, however, provided mobile homes to the earliest people who needed them.

There were six classes of gypsy wagons, each designed differently. They were the standard Brush, decorative Reading, light Bowtop, simple Openlot, plain Burton, and the homey Ledge.

All were ornately carved and prized by their owners, featuring paintings and beautiful wheels. However, some were simpler and cheaper than others.

Mobile homes were often made from necessity, either by nomadic people or post-war population surges that strained a weak housing market. Today, they provide cheap housing options for the people who need them, as well as solutions for people who need to travel for work or live somewhere temporarily. Observing the oldest mobile homes simultaneously shows how far we’ve come and how little we’ve changed.