Ancient Greece was nothing short of fascinating. Filled with beautiful temples, columns, statues, and theatres, Greece was one of the places in antiquity where culture as we know it was born. Let’s not forget the fact that Greece is a breathtaking country to this day, blessed with a warm climate, clear sea, and all the bounty of local nature.

The lands of Ancient Greece have fascinated archeologists for hundreds of years. Full of buried treasure, some parts of Greece are true testaments to days long gone. While monuments may seem more impressive, it’s the ancient Greek homes that tell true stories of day-to-day life in those times.

Many homes were preserved from ancient times, allowing us a glimpse into their architecture, construction, and purpose. Are you ready to travel back in time to the wondrous land of Ancient Greece? Let’s go!

The Construction of Ancient Greek Homes

Ancient Greeks utilized the climate they lived in and adapted their architecture to fit what they had on hand. Many houses were built with the use of sun-dried clay bricks. Wooden structures were also utilized for the frameworks and then filled with straw or seaweed. The straw and seaweed used in filling up the framework were covered with plaster or clay.

The houses sat on stone bases, protecting the — often vulnerable — structure from moisture and collapse. The roofs were often made out of thatch with eaves that hung low over the walls. More substantial homes were built of stone and then plastered. In these houses, you’d often find mosaic floors and tiled roofs. 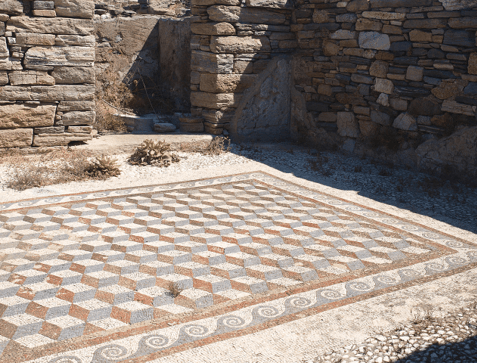 Ancient Greek homes had one important purpose that many people living in colder climates may not consider — they were meant to keep the residents cool. The temperatures in Greece are warm all year round, but in the summer, they rise to the extremes.

With no modern inventions, Greeks relied on architectural choices to stay cool in the summer, but also to remain warm in the winter when temperatures dropped considerably. Windows were often placed high on the walls, with no glass, and covered by straw or shutters to keep the sun from entering the mud-based structure.

The floors in these homes were tiled, contributing to keeping the interior cool. On the other hand, this sometimes forced the use of fires in metal baskets during the winter, as these tiles were cold to the touch and absorbed warmth.

Back in ancient times, around the 6th and 5th centuries BC, Greek cities were often surrounded by stone walls. Inside the walls, you’d find private homes and public buildings.

When it comes to homes, several architectural styles have been identified in ancient Greek oikos, meaning the household or the house. The earliest structures were very simple, often consisting of just two rooms and an open porch. Mosaic floors were common, as were gables and columns, but those were often reserved for the rich.

Many homes had a wide passage in the center that was as long as the house itself and opened into a patio or a courtyard. This made for greater airflow, but it also allowed more light to seep inside the house.

Larger Greek homes almost always had a courtyard at the center. The rooms were then arranged around it. A lot of the family life took place in the courtyard where entire families spent time conversing, eating, or working. Women often found shelter from the sun under the home’s gables, as a pale complexion was considered a sign of beauty in those times.

Most homes were single-story, but some had an upper level, usually reserved for the women living in the household. It’s worth noting that this was a common thing in these homes — the men and the women of the household had their own separate areas, often with separate entrances that prevented guests from seeing the opposite sex.

The houses built in larger cities often had adjoining walls, much like modern homes. Narrow streets ran between the buildings, dividing them. Front rooms of such homes sometimes served as shops or service rooms. These city homes were inward-facing and were usually accessible from the inner courtyard as opposed to the street itself.

The size of a house and the number of rooms in ancient Greek homes were usually determined by how wealthy the homeowner was. Small clay homes often consisted of just one or two rooms, one being a sleeping area, and the other a daytime area. The smallest constructions only had one room for the whole family. 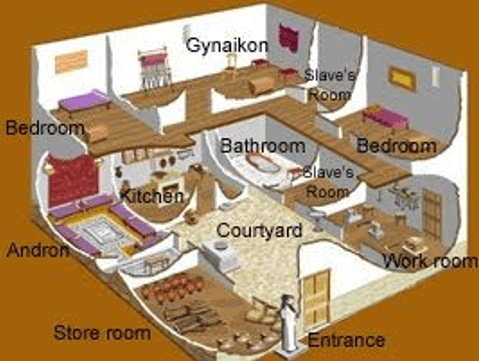 Larger houses consisted of many rooms. Each room had its own designated purpose. Studying these areas gave modern archeologists a lot of insight into the lives of the people who lived in Ancient Greece. Let’s take a closer look at the rooms inside ancient Greek homes. 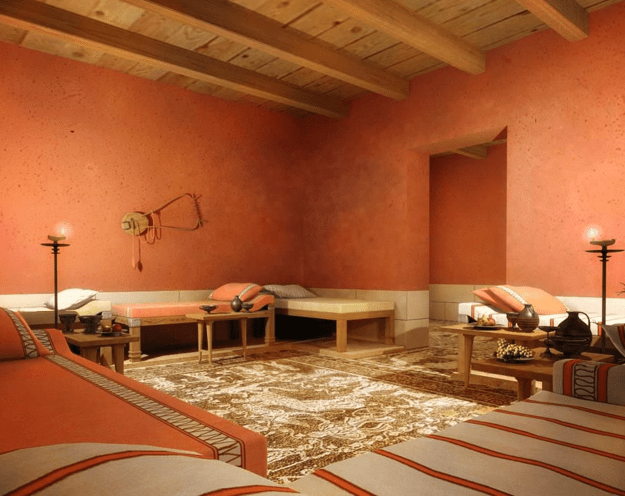 The Andron, also known as Andronitis, was a room or a part of the house that was reserved only for men. It was often used as a place of entertainment or business where the men in the household invited their male friends.

Commonly, this room had the most luxurious furniture in the whole household. It was furnished in a way that promoted being social and merry. The men would spend time in the Andron, drinking wine, eating, and talking freely.

The Andron usually had several couches, pushed against the walls of the room, with an open area in the middle where a table could be placed. The cushions of the couches were embroidered, and the furniture itself was covered by high-quality fabric. 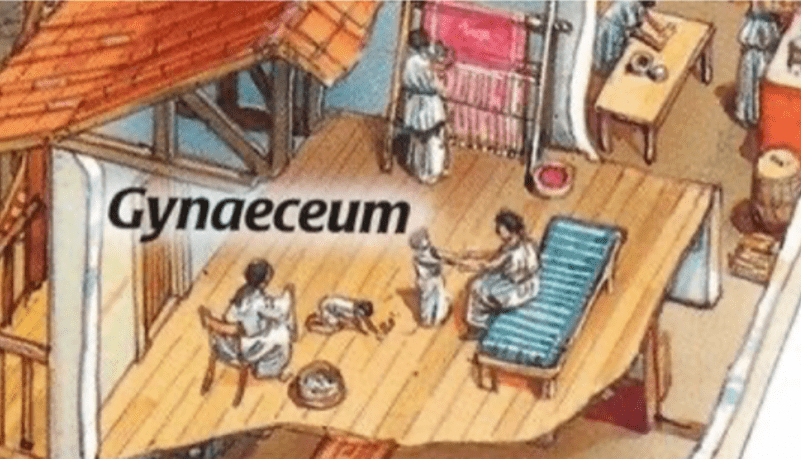 Also referred to as Gynaikonitis or Gynaeceum, this room was reserved only for the women of the household. This was a space for women to entertain their female friends or family. It was also used for spinning and weaving fabric, other crafts, and looking after children.

The Gynaikon was typically located on the second floor. It was kept far away from the Andronitis in order to protect the women from the eyes of the male guests.

The workroom and the storeroom were often one and the same. These darkened rooms were built to preserve food. They contained storage jars for local produce, such as olives, grain, and wine.

The grain found in storerooms was ground into flour. Workrooms were also used to create jewelry, clothing, or sandals. 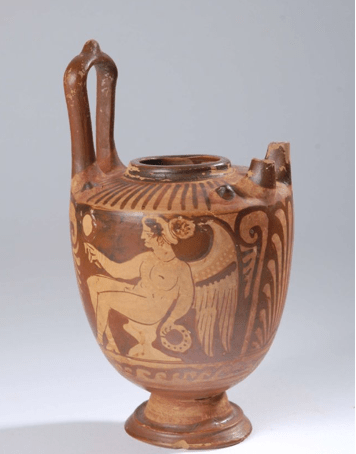 Ancient Greek kitchens featured a central hearth that allowed heating and fire cooking. The smoke produced while cooking would be let out of the house through a hole in the roof.

Day-to-day cooking was often done through the use of coarse and rough clay pots. Some dishes, decorated with beautiful ornaments, were only used for company. Archeologists were able to preserve many such dishes and pots, giving them the chance to learn more from their designs. 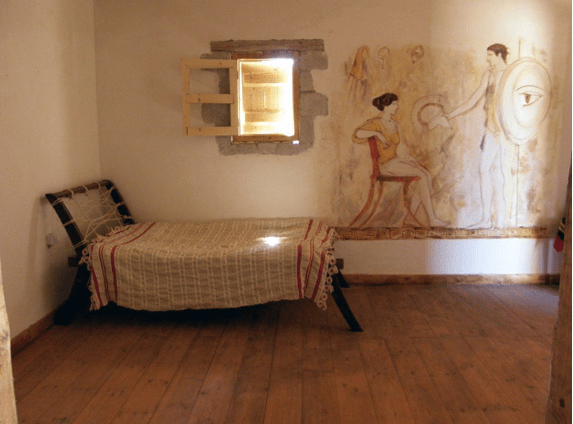 Bedrooms found inside most Greek homes were basic, with simple beds resembling the couches found in the Andron. Bedding and clothes were often stored inside wooden chests placed inside the bedrooms. 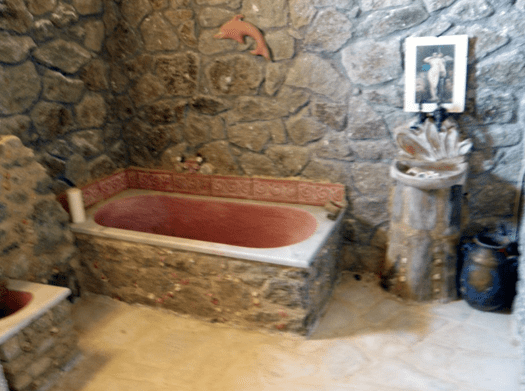 There was no such thing as a flushing toilet in ancient times, but Greek homes still had simple bathrooms. They consisted of a bathtub and chamber pots instead of toilets.

In order to take a bath or wash their clothes, Greeks first had to bring over water from a nearby well or a public fountain. It was then heated over a fire.

Homes of the Rich 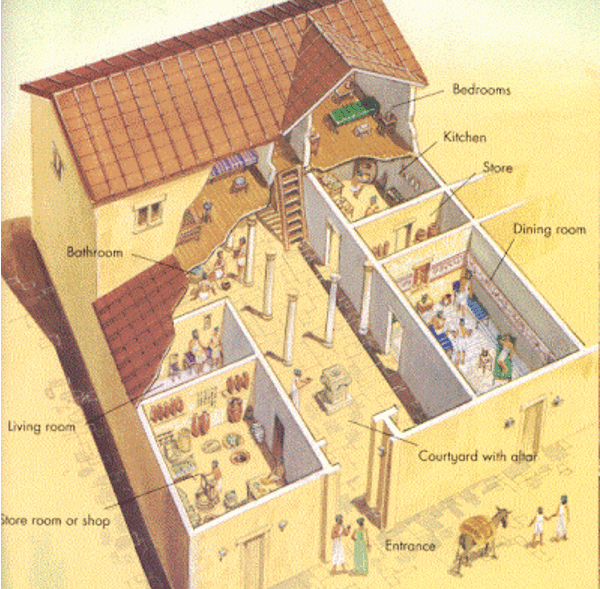 Homes of the rich in Ancient Greece distinctly varied from those of the poor. These houses were much larger, consisted of more rooms, and often housed not just the family, but also their slaves.

In these homes, you’d find decoration and mosaics that the poor couldn’t afford to install in their homes. The roofs were tiled in order to offer better insulation. Windows had shutters that could be closed during the winter, protecting the household from the cold.

The houses were often two-story, with a large courtyard surrounded by a building with several spacious rooms. They were built using stones, tiles, and pebbles. The pebbles were often used to create mosaics.

Homes of the Poor 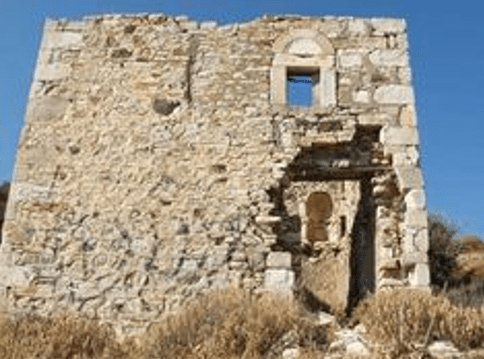 Homes inhabited by the poor were often made out of clay or mud and required frequent repairs. What’s worse, they often collapsed altogether after a few years, needing to be rebuilt from scratch.

These houses had thatched roofs made out of straw. The windows were small, set high, and often had no cover. The homes of the poor were either whitewashed to a bright white color or kept in their natural muddy brown.

In these smaller homes, entire families had to live in suboptimal conditions. The houses consisted of one, two, or at the most three rooms, and often housed over ten people. There were no kitchens — cooking was done outside over a campfire. 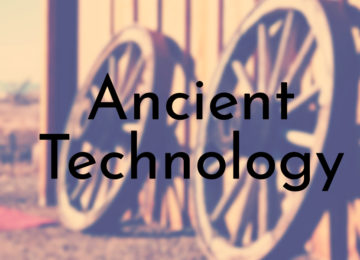 Posted by Lauren Johnson 0
Technology is something we all rely on these days. From simple things such as a door handle to extremely advanced…

Posted by Lauren Johnson 0
When choosing a name for babies, many parents reach back hundreds or even thousands of years to popular names from…