Whether you call them trams, light rails, or streetcars, in the early to mid-19th century street railway systems were the height of public transportation. Cities that implemented street railway lines invested heavily into these systems for several decades before they were eventually replaced with more robust underground metro systems.
However, in recent years as the world tries to cut back on carbon emissions from vehicles, trams have once again become popular. Many cities are updating old tramlines to new light rail technology while some cities are building tramlines for the first time. This list contains the world’s oldest street railway systems, which are all still in operation. 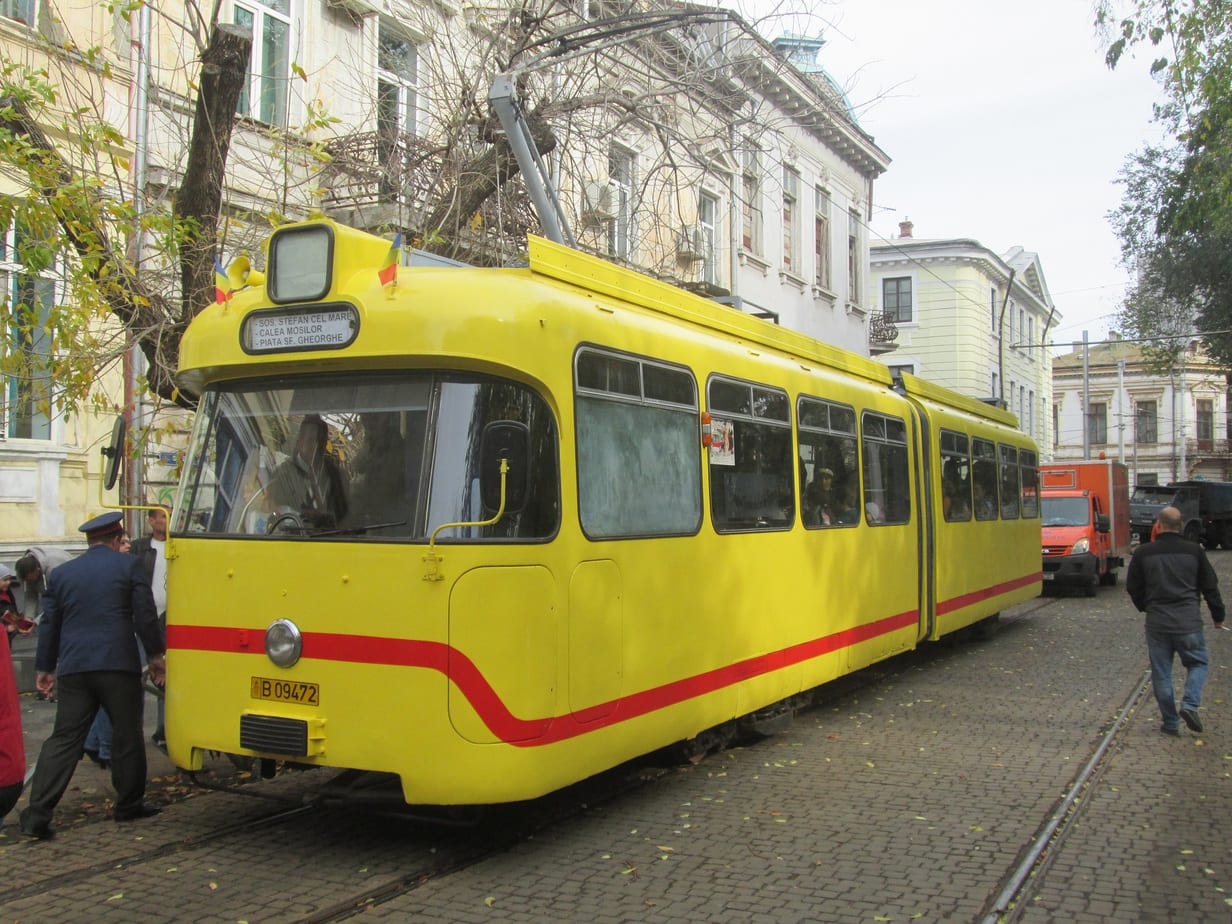 Bucharest, the capital city of Romania, is home to the second oldest street railway system in the country, which was introduced in 1871 a few years after Timișoara. Around 1894, the Bucharest Tram system was electrified. Following various periods of neglect, like all of the old tram networks in Europe, the Bucharest Tram system received massive renovations in the 1970s. By 2018 nearly 70% of Bucharest’s tram infrastructure has been updated. A few of the tramlines have already been upgraded to light rail systems, with more trams set to be upgraded in the future.

In early 2020, STB announced that it was building “most modern tram ever produced in Bucharest,” the new Bucur LF 417, which is set to launch later this year. 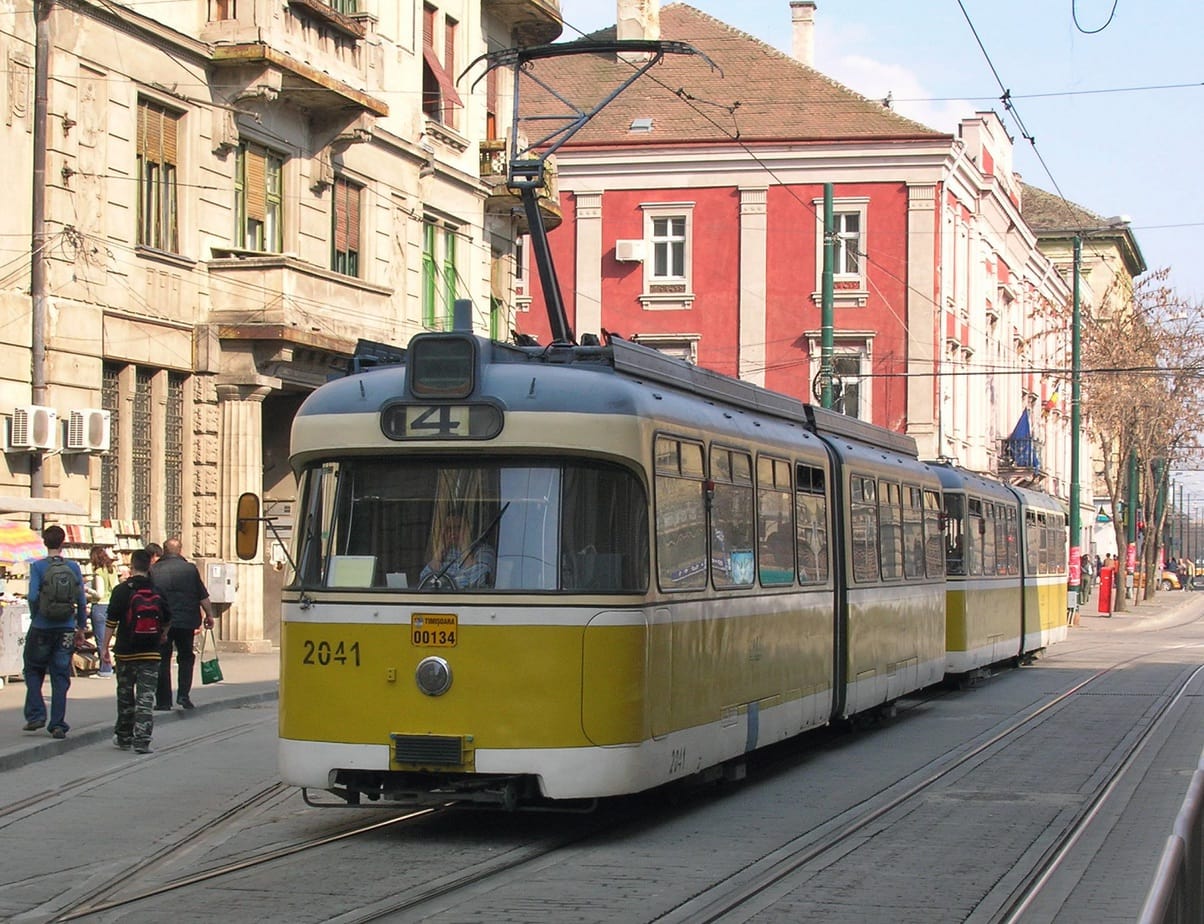 The Timișoara Tram is the oldest tram network in all of Romania, dating back to 1869. Timișoara was the second city, just behind Wien, to implement a horse-drawn tram system. In 1884, Timișoara (formerly Hungarian Temesvár) became the first city in the Hungarian Empire to receive electric lights and its tram lines were electrified a few years later in 1889. Following World War I, Timișoara’s tramlines were widely expanded and updated. This renovation also continued after World War II. Additionally, in recent years, efforts have been made to modernize Timișoara’s trams – so far only a few trams have been updated but more than a dozen are scheduled for future updates.

In 1999, to celebrate the 130th anniversary of the Timișoara Tram a massive parade was organized and a book chronicling the city’s tramway history was published. 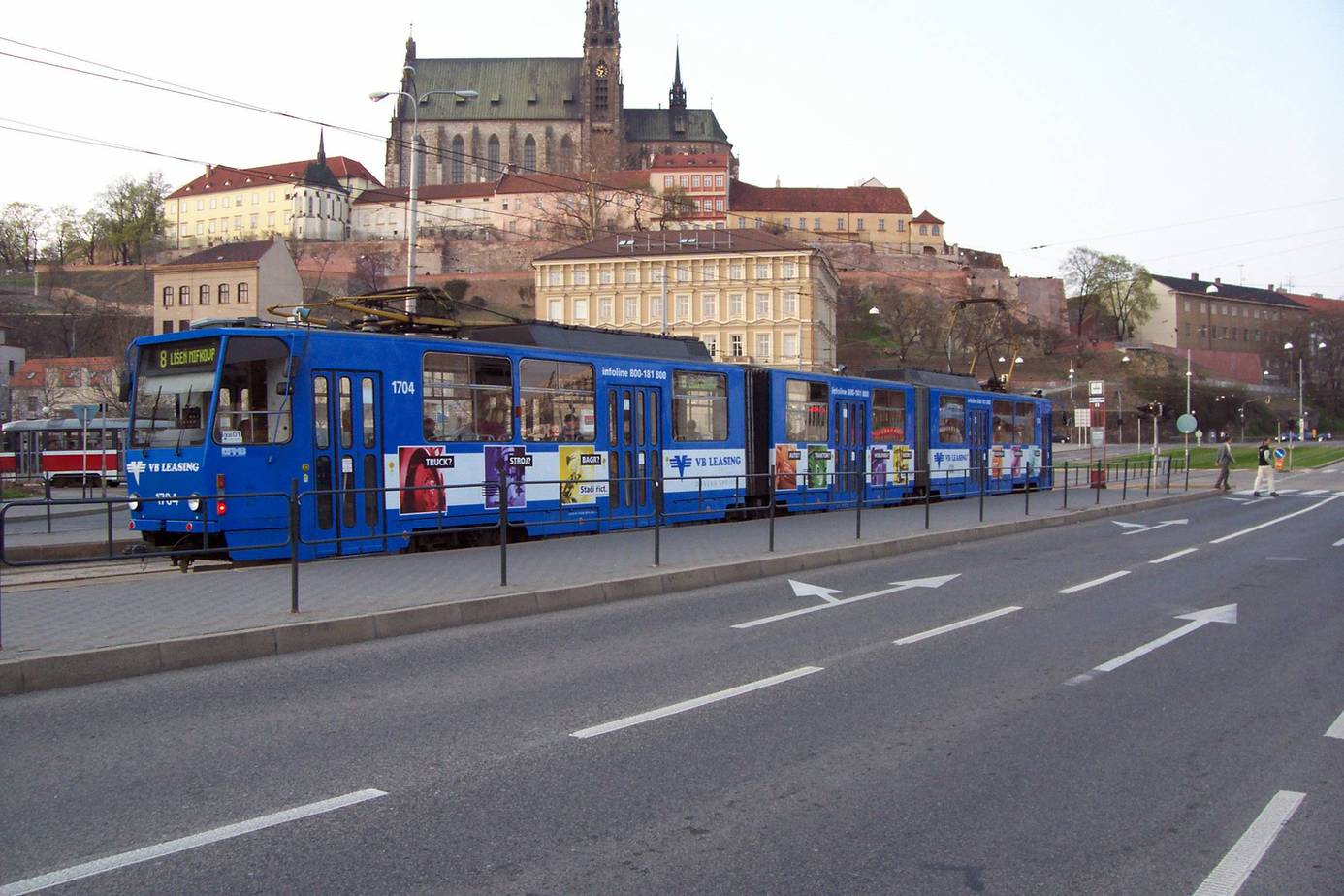 The Brno Tramway Network goes back to 1869 when the first horse-drawn lines in what is now the Czech Republic were implemented in the city. The tramlines were expanded as they grew in popularity and the first steam-powered trams were launched in 1884. Then in 1900, Brno got its first electric trams  and the old horse and steam-powered lines were updated. Like most tram systems in the world, the Brno Tramway Network fell into disrepair as its use waned. However, in the 1990s, Brno’s tram system was revived and it is now the second largest tram network in the Czech Republic, just behind Prague.

In the Brno dialect, the word “ šalina” is used for the tram, which was created by a distortion from the original German designation of tram lines “Elektrische Linie.” 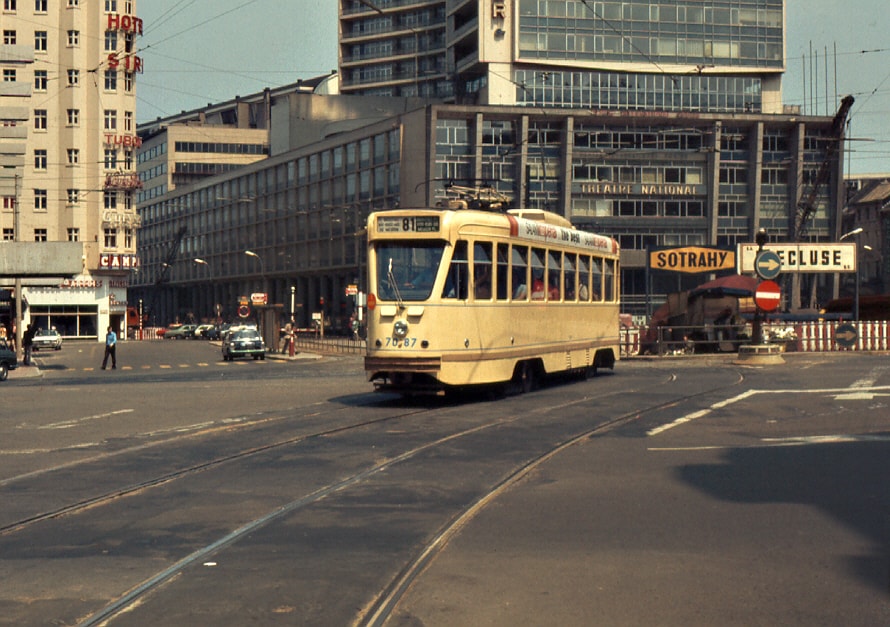 The first trams in Brussels were introduced in 1869 and of course were horse-drawn. A decade later, the city tried to implement steam-powered trams, but they weren’t strong enough for the hilly terrain in the area. Several more solutions were tested, but none worked until electric tram lines were laid in 1894. For the next few decades Brussels heavily invested in expanding the tram network, but this when World War I started. Things picked back up after 1925, but slowed down again in the 1990s when the Brussels’ metro system started. In recent years, the tram network has been improved.

Although parts of the Brussels Tram System is still on the city’s streets, since 1969, most of the trams were adapted to run in tunnel, using block signaling. 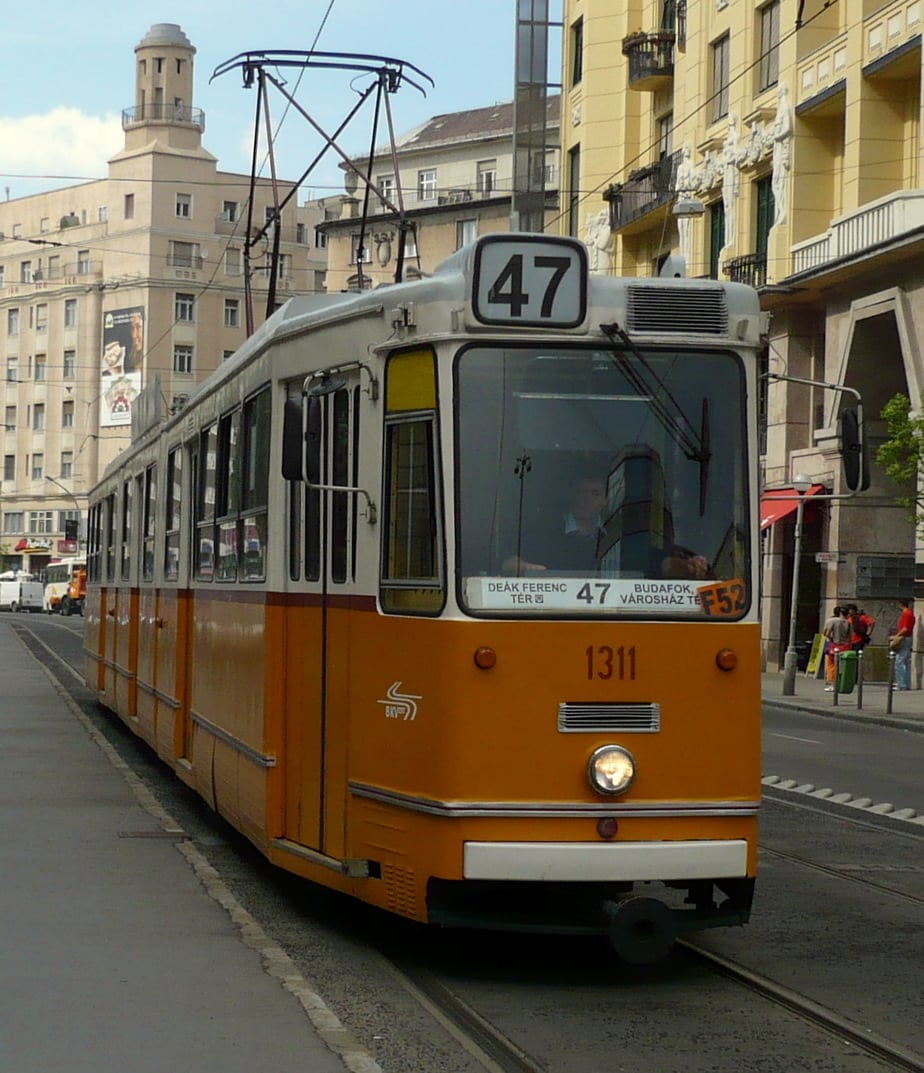 The city of Budapest was not formed until 1873 when Buda, Pest, and Óbuda were combined after the Austro-Hungarian Agreement of Compromise. The first horse-drawn tramlines in the area predate the formation of the city and go back to 1866 in Pest. Several horse-drawn tramlines were built in Pest, while two lines were opened in Buda and one in Óbuda. As these cities grew, steam-powered tramlines were added and in 1887, Budapest launched its first electric tramline and established and established a city-wide transportation system. Today, the Tram Network of Budapest is one of the largest in the world with a route length of over 98 miles (158 km) and 630 stops.

The Tram Network of Budapest is the second most important form of public transportation in the city, after buses, and almost 100 million more passengers use the trams annually than the Budapest Metro. 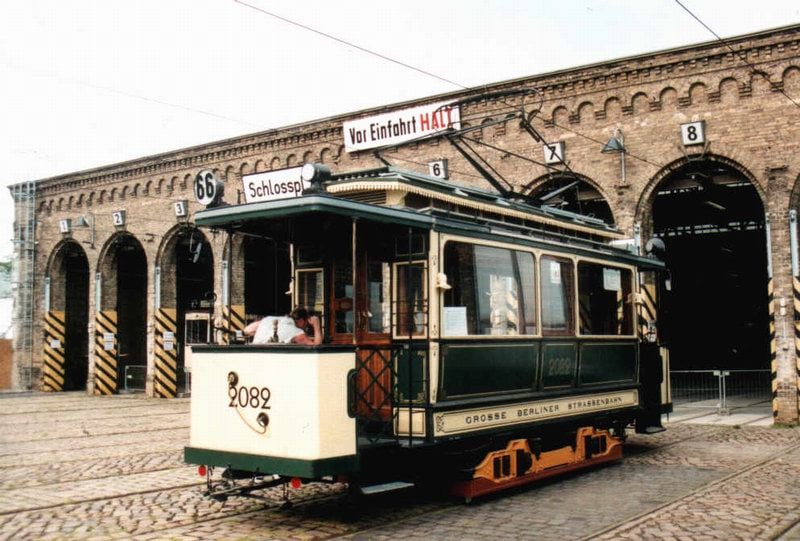 Like all of the earliest trams, the first Berlin trams were drawn by horses and date back to the mid-19th century. This first tram line, which was operated by the Berlin Horse Railway Company, connected Berlin with Charlottenburg. The Berlin Tramway was an instant success and by the end of its first year in operation, nearly 1 million passengers had utilized the tram.

Over the next few decades, the Berlin Tramway rapidly expanded. This ended when Berlin split in 1945, dividing Germany into East and West. In West Berlin, the tram system fell out of favor and were replaced with underground metro systems and expanded bus lines. The tram system also fell out of use in East Berlin, but the lines were never formally eliminated. Today, most of the Berlin Tramway network runs through the eastern part of the city.

The Berlin Tramway network was the first in the world to introduce electric trams and lines in 1881. 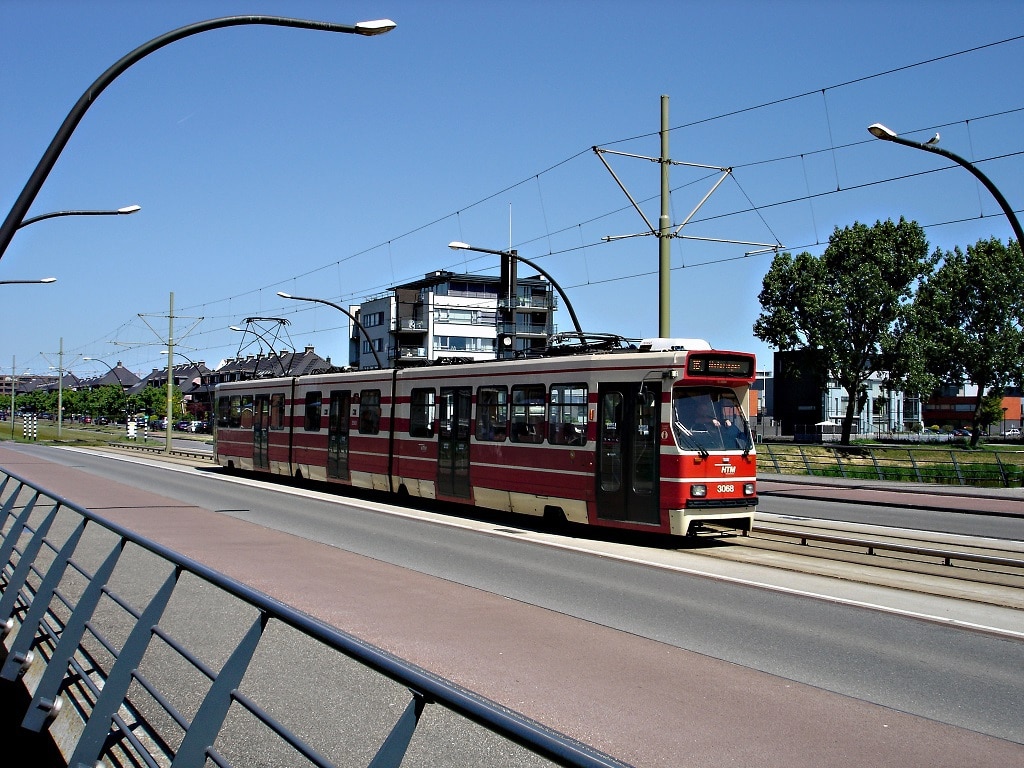 Horse-drawn trams were first introduced in The Hague in 1864 and have become an important part of the city and a tourist attraction. In fact, the Hague Public Transport Museum runs an old tram tour that makes stops at The Hague’s many landmarks. The first horse-drawn tram lines were eventually replaced by steam trams in the 1860s and the first electrified lines went into service in 1904. Currently, The Hague Tram network has twelve lines, three of which have been updated to modern light rail standards.

The tram line running between The Hague and Delft, which opened in 1887, is the oldest line in The Hague’s tram network and has been extended to include the town of Scheveningen Noord. 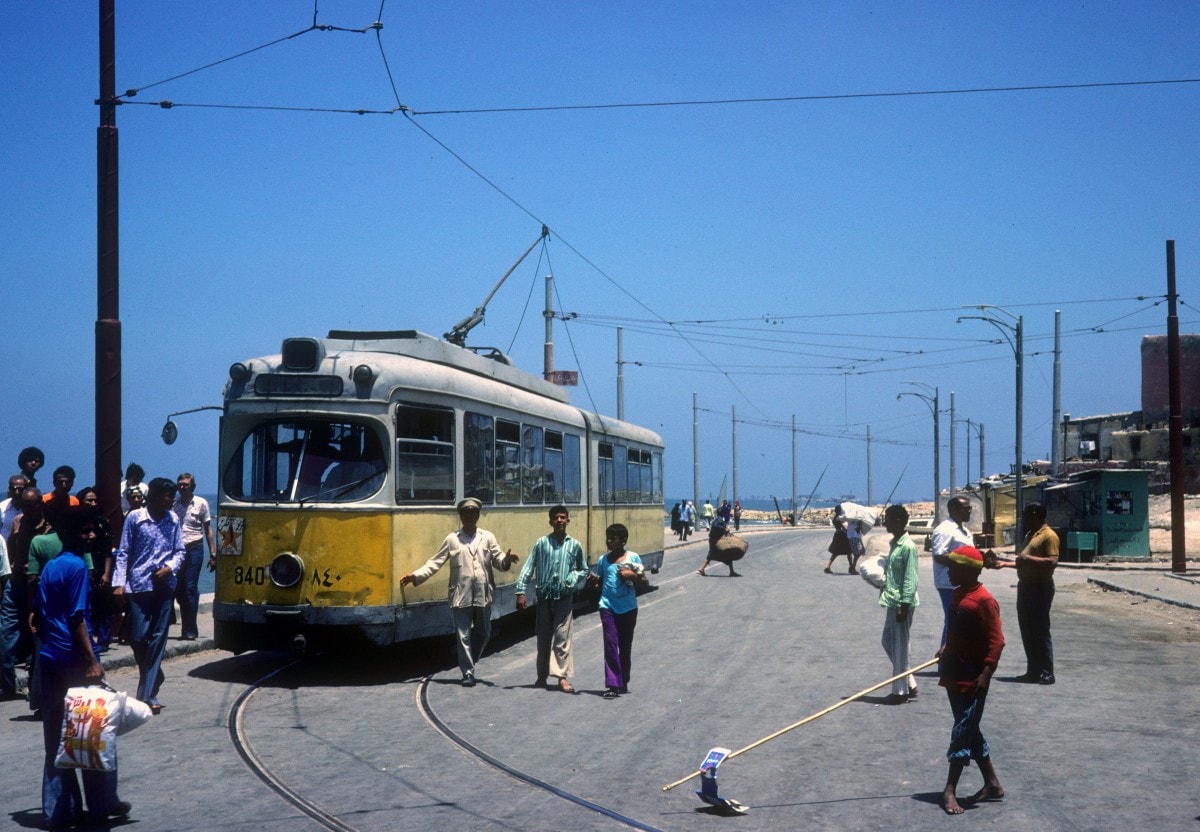 The Alexandria Tramway Network was launched in 1863 and is the oldest and largest street railway system in Africa. Although Alexandria’s trams are used by about 80,000 people each day, unfortunately the network and trams have not been carefully maintained over the years. For several decades, the Alexandria Tramway Network has been using Düwag-built trams from the tram system in Copenhagen which closed in 1972. However, in recent years, the Alexandria Passenger Transportation Authority has bought newer modern trams.

The Alexandria Tramway Network is one of the few street railway systems in the world that uses double-deck cars – only Hong Kong and Blackpool, England have double-deck trams as well. 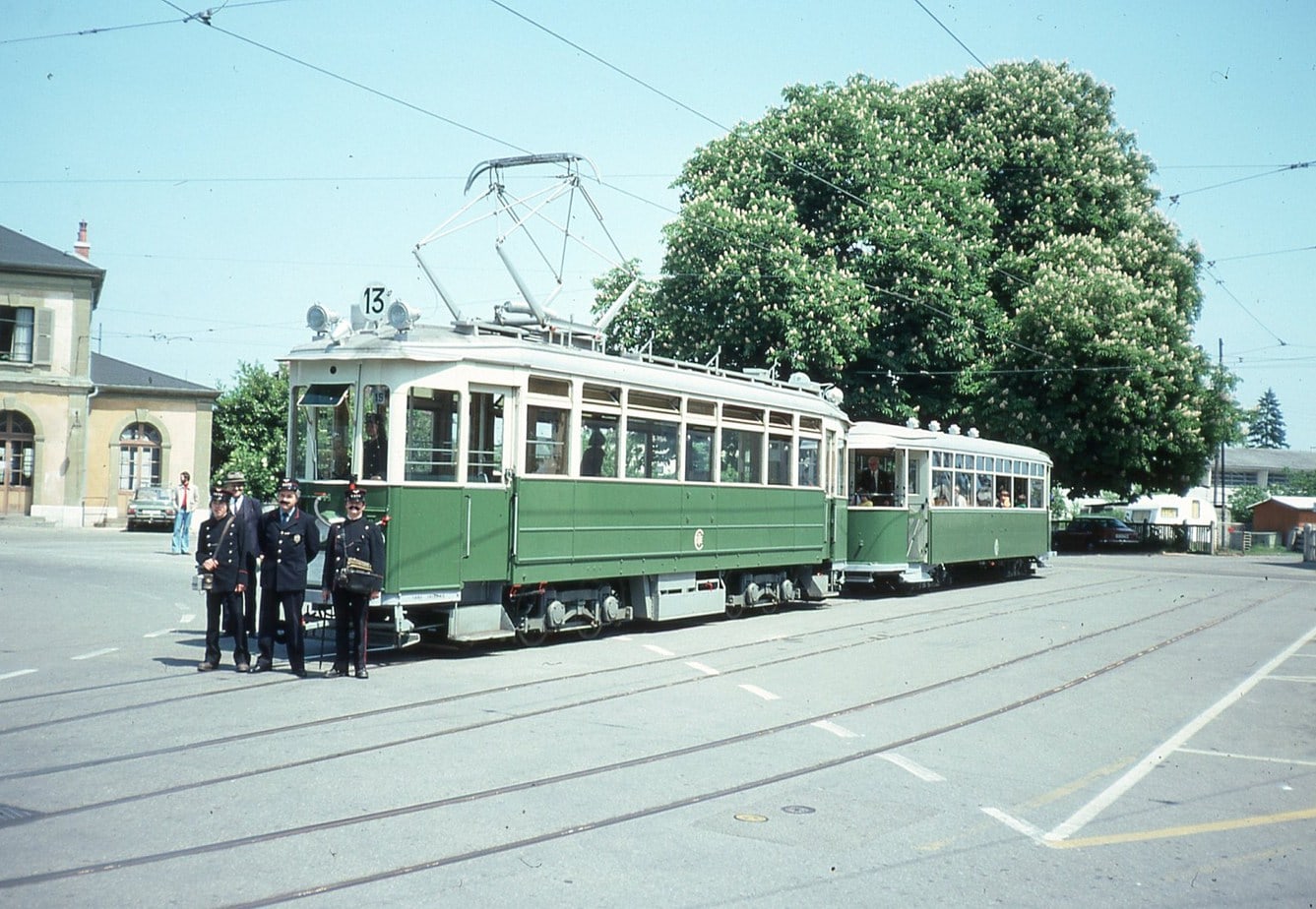 Since the 1970s, the Geneva Association of the Tramway Museum has been working hard to preserve Geneva’s historic trams, which have been restored and updated to modern standards and are occasionally running to highlight Geneva’s long tramway history. 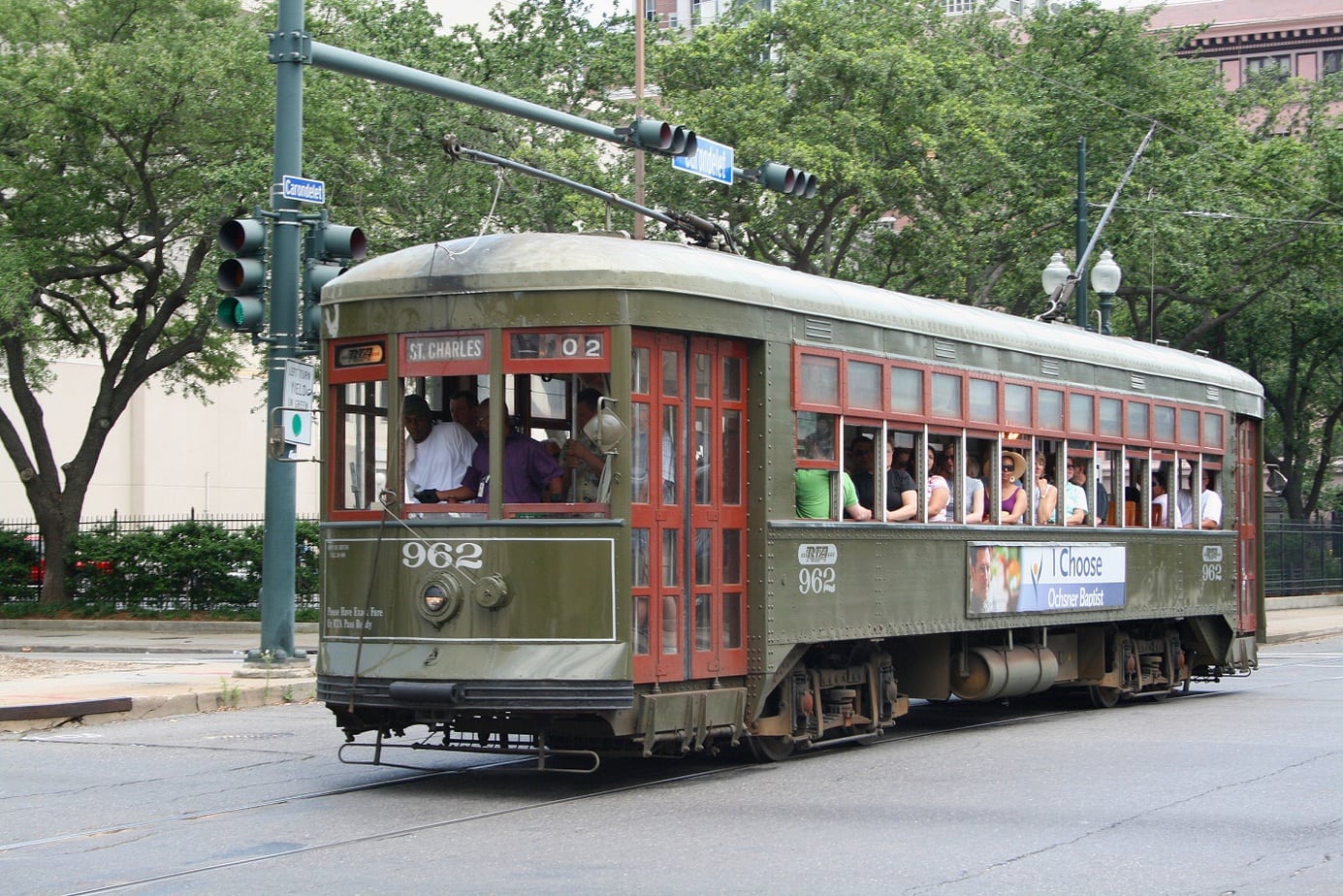 While the New Orleans street railway system dates back to 1835, its oldest streetcars, the green and red “Perley Thomas” streetcars of the St. Charles line have been used since 1923 and are a National Historic Landmark. 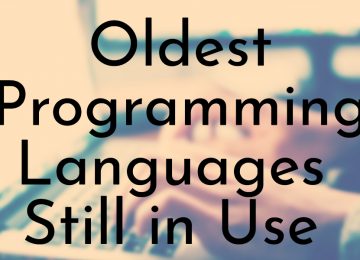 10 Oldest Programming Languages Still in Use

Posted by Shasha Neil 0
While they might not be visible to the average person, programming languages literally help the modern world run by providing…