All of the major city’s in the world have some kind of mass transit system, with many employing a mix of subways, buses, light rails, and bullet trains. Subway systems first emerged in the 19th century as a way to address growing travel needs. Placing railroads underground was a great way to help more people get around without taking up valuable space in the city.

All of the subway systems on this list are over 100 years old and are still running. Many of them have become iconic parts of their respective cities, servicing millions – and in some cases billions – of passengers each year. 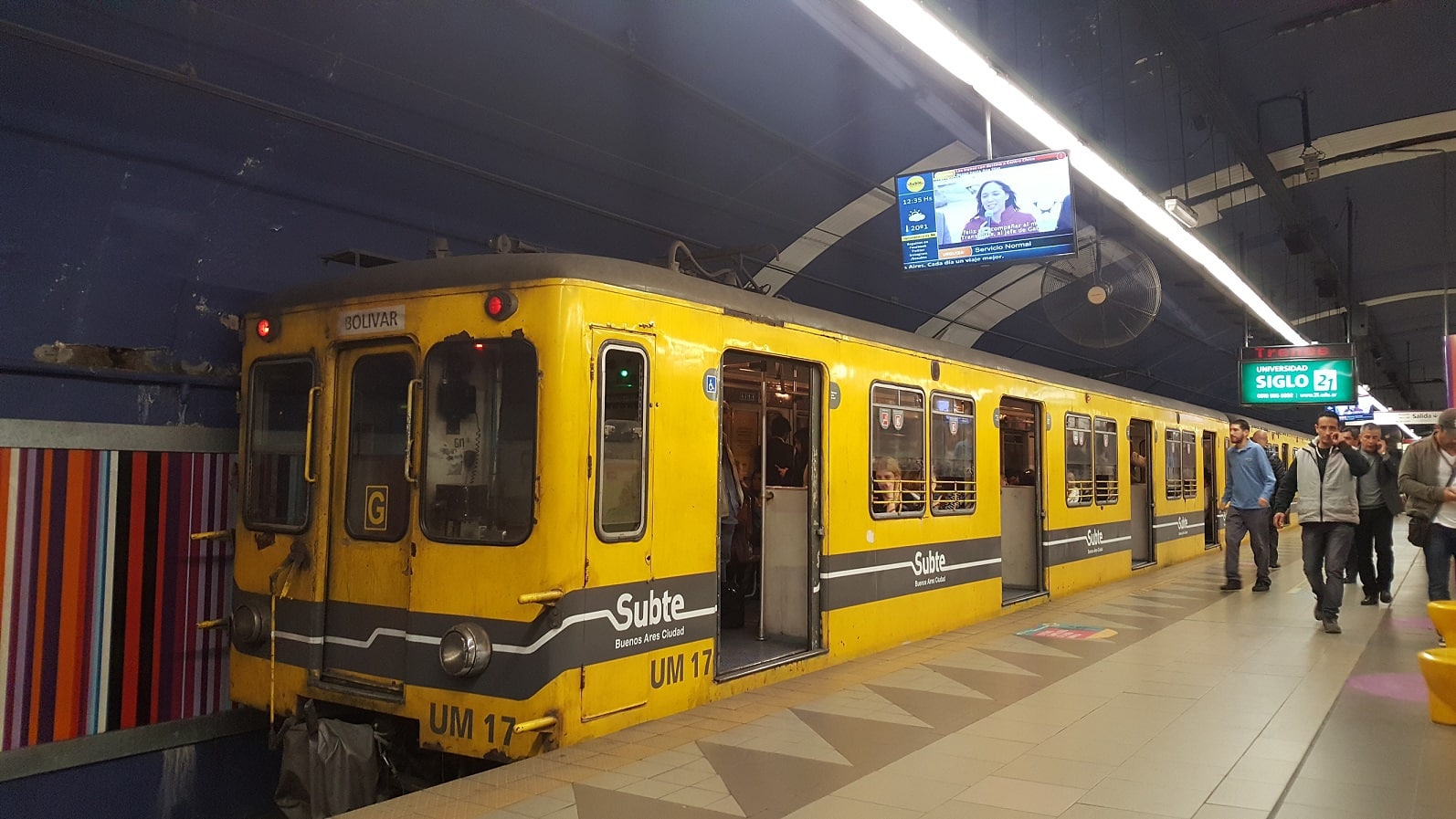 The Buenos Aires Underground first opened in 1913 and was the first subway system established in Latin America and the Spanish-speaking world. For a city as large as Buenos Aires, the Underground is fairly small and only covers 34.1 miles (54.9 kilometers). Buenos Aires is also the only city in Argentina with a metro system.

Like all of the subway systems on this list, the Buenos Aires Underground expanded rapidly during the first few decades after it opened. By 1944, the Underground’s main lines were completed and minor additions were added as recently as 2007. Due to overcrowding and the ever-increasing travel needs of its citizens, Buenos Aires has plans to modernize and expand the Underground in the coming years. 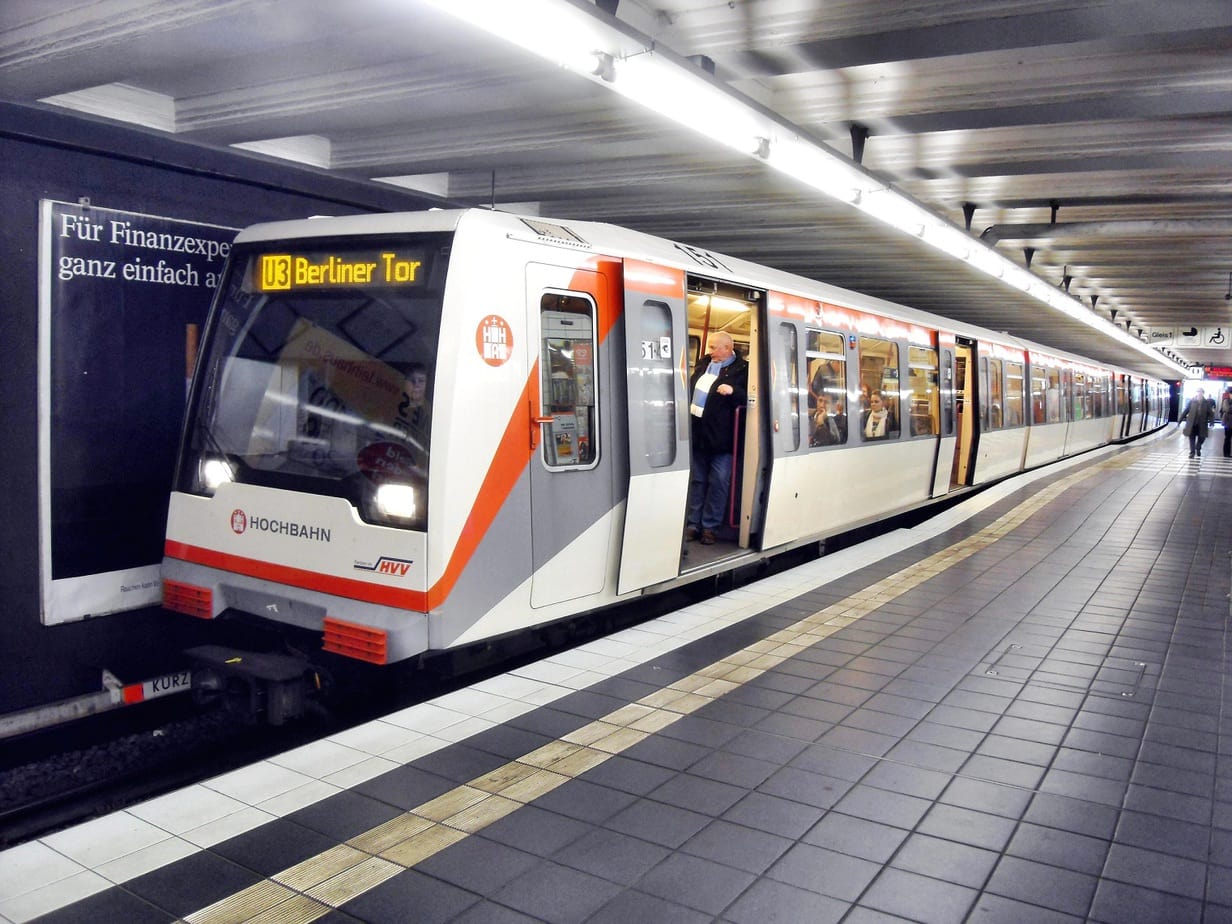 The U-Bahn system is connected to the city’s S-Bahn, Hamburg’s above ground railway system. In total, the Hamburg U-Bahn has four lines, 91 stations, and covers about 66 miles (106.2 kilometers). After World War II, the Hamburg U-Bahn was badly damaged and repairs and extensions took place over the next few decades.

The first Hamburg U-Bahn station to feature escalators was Jungfernstieg, which opened on April 28, 1934. 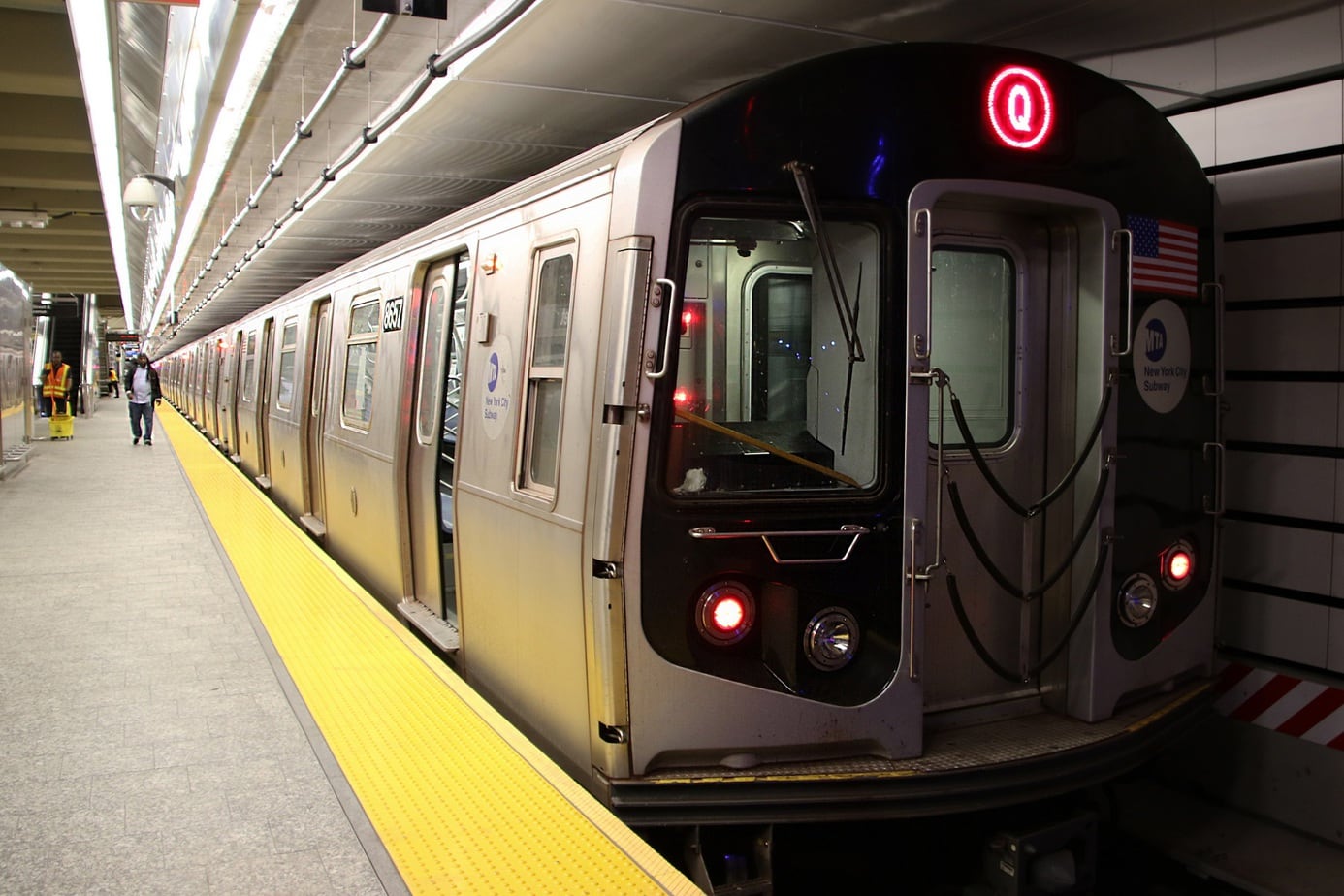 While the New York City Subway is one of the most famous and most used subway systems in the world, it was surprisingly not the first subway system in the United States – that distinction belongs to the Boston subway, which opened in 1897. New York City’s first official subway opened on October 27, 1904 and quickly became the largest mass transit system in America.

In terms of stations (472 with 14 more planned), the New York City Subway is the world’s largest and nearly 2 billion passengers use the city’s subway each year. While the New York City Subway was mostly completed by the mid-20th century, since the day it first opened expansions to the system have been proposed to help alleviate overcrowding and other constraints. In recent years, new stations have been added throughout the city.

A fake townhouse (its just a facade with blacked out windows) in Brooklyn Heights hides a ventilator and emergency exit for the New York City Subway. 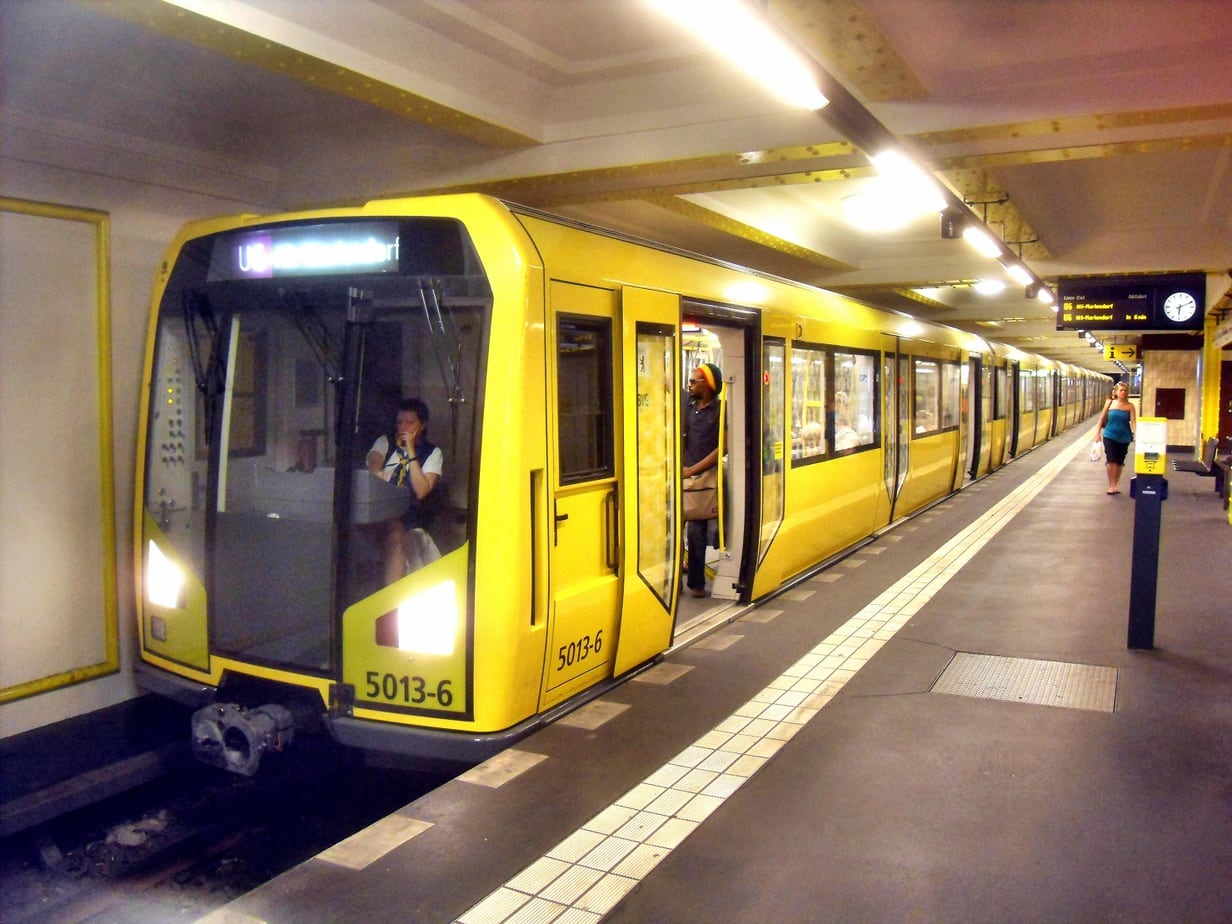 The Berlin U-Bahn is the oldest subway system in Germany and the first line opened in 1902. Much of this first railway line was elevated, with only a part of it underground. The U-Bahn was created as a way to alleviate the growing traffic problems facing Berlin.

The U-Bahn was immediate popular and throughout the early 1900s, the system was expanded. By the 1930s, most of the present Berlin U-Bahn was completed. After the Berlin Wall went up in 1961, some of the U-Bahn’s lines were split and many stations were abandoned. As soon as the wall came down, the ghost stations were reopened as soon as possible.

While the Berlin Wall was still up, two of the Berlin U-Bahn’s lines – today’s U6 and U8 – were short and actually did travel from West Berlin beneath East Berlin, but passengers were obviously not allowed to leave the train until it re-entered West Berlin. 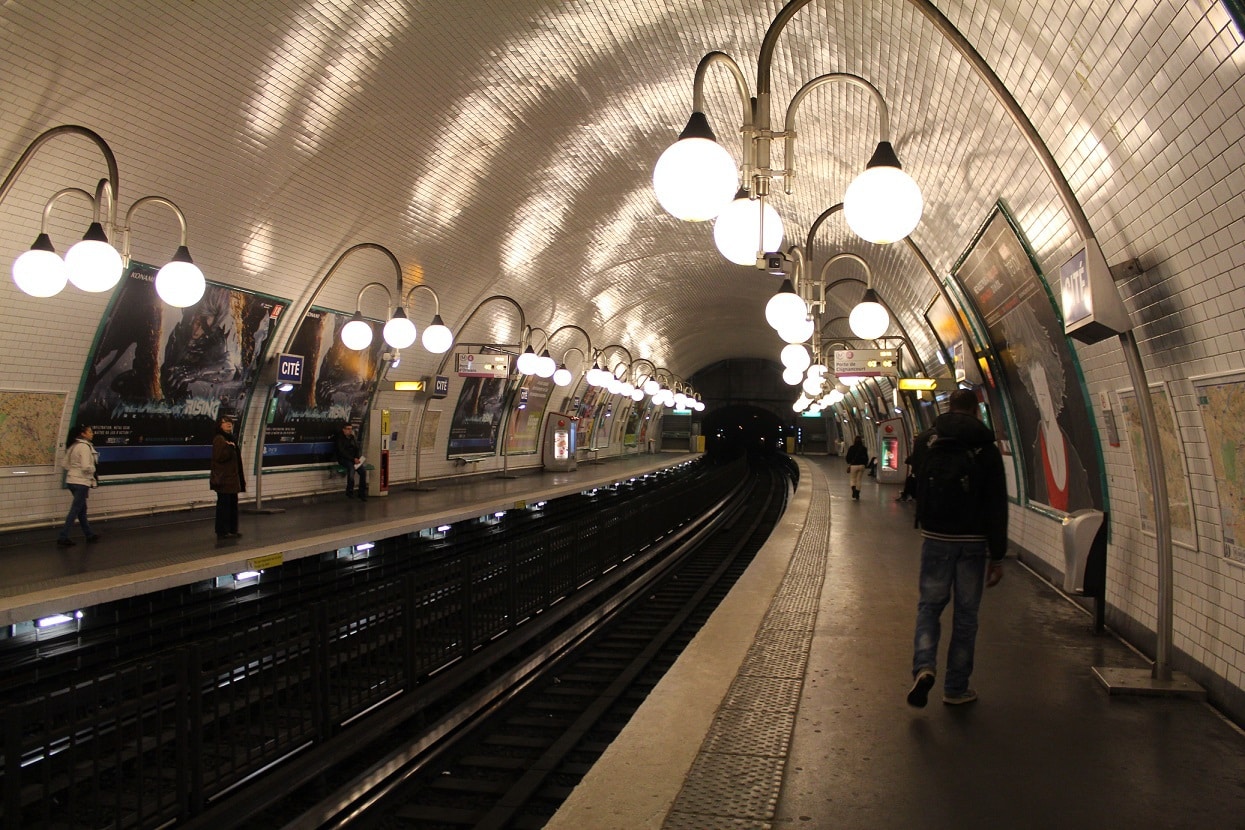 Since Paris is such a densely populated and large city, the Paris Métro is one of the busiest subways in the world, serving an estimated 4 million passengers daily. As the heartbeat of Paris and one of the city’s symbols, the Paris Métro was beautifully designed, and its entrances have unique architecture influenced by Art Nouveau. The stations are also decorated with art and are often themed.

One of the most fascinating aspects of the Paris Métro are its “ghost stations,” which are stations that have been abandoned for decades as many of them were used as bomb shelters during World War II. While the ghost stations are closed to the public, they have intrigued locals and tourists alike and there are plans to revive some of these spaces for economic and cultural uses. 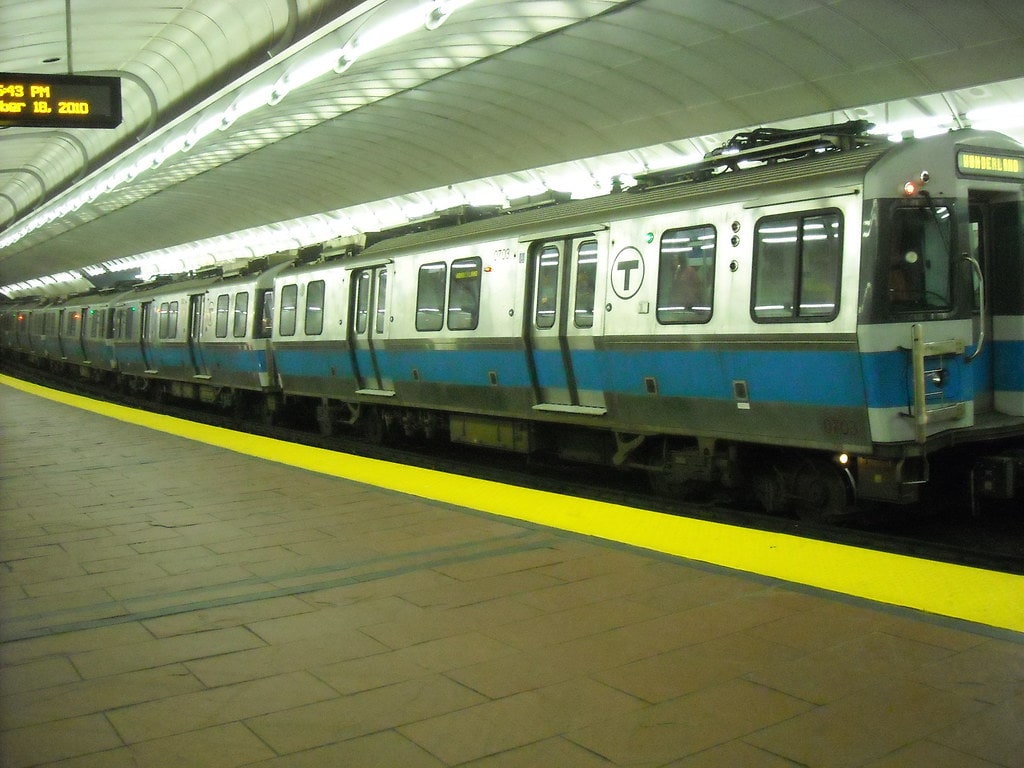 While it may come as a shock, the first subway system in the United States was not opened in New York City – America’s first and oldest subway is actually located in Boston, Massachusetts. The MBTA (Massachusetts Bay Transportation Authority) Subway dates back to 1897. The underground tunnel line ran under Boston’s Tremont Street and was part of the larger 4 elevated railway lines.

The Tremont Street Subway is still used today and connects the Government Center, Park Street, and Boylston stations. Today the MBTA not only manages Boston’s subway, but also all of city’s public transportation systems.

The MBTA’s current fare system – the CharlieCard and CharlieTicket – is named for a song called “Charlie on the MTA,” which was written for mayoral candidate Walter A. O’Brien, Jr. in 1949. The titular Charlie got stuck on an endless subway ride because he could not pay the exit fare. 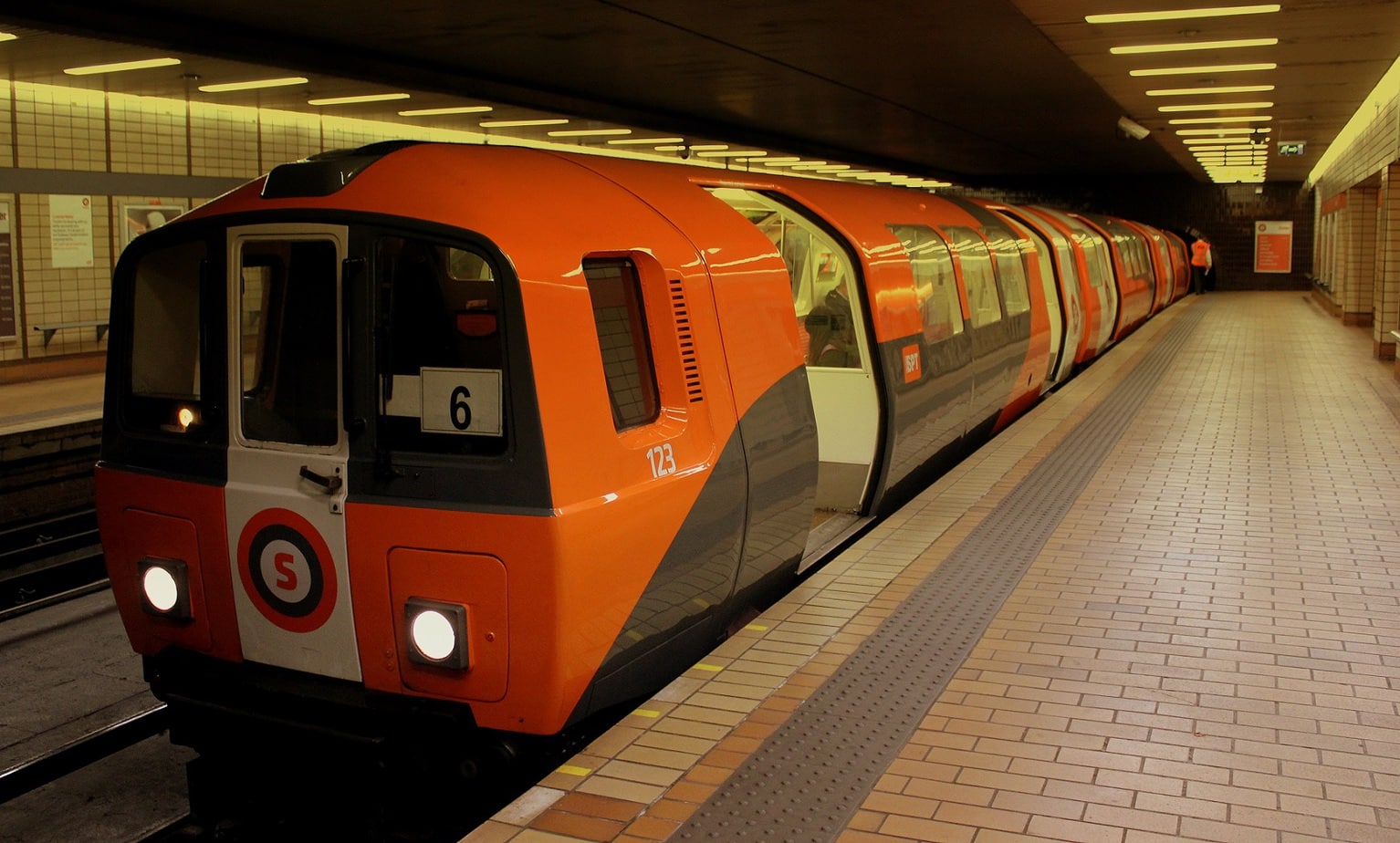 The Glasgow Subway is the second oldest subway system in the United Kingdom, after the London Underground. The Scottish railway first opened in 1896 and was built and initially named for the Glasgow District Subway Company. 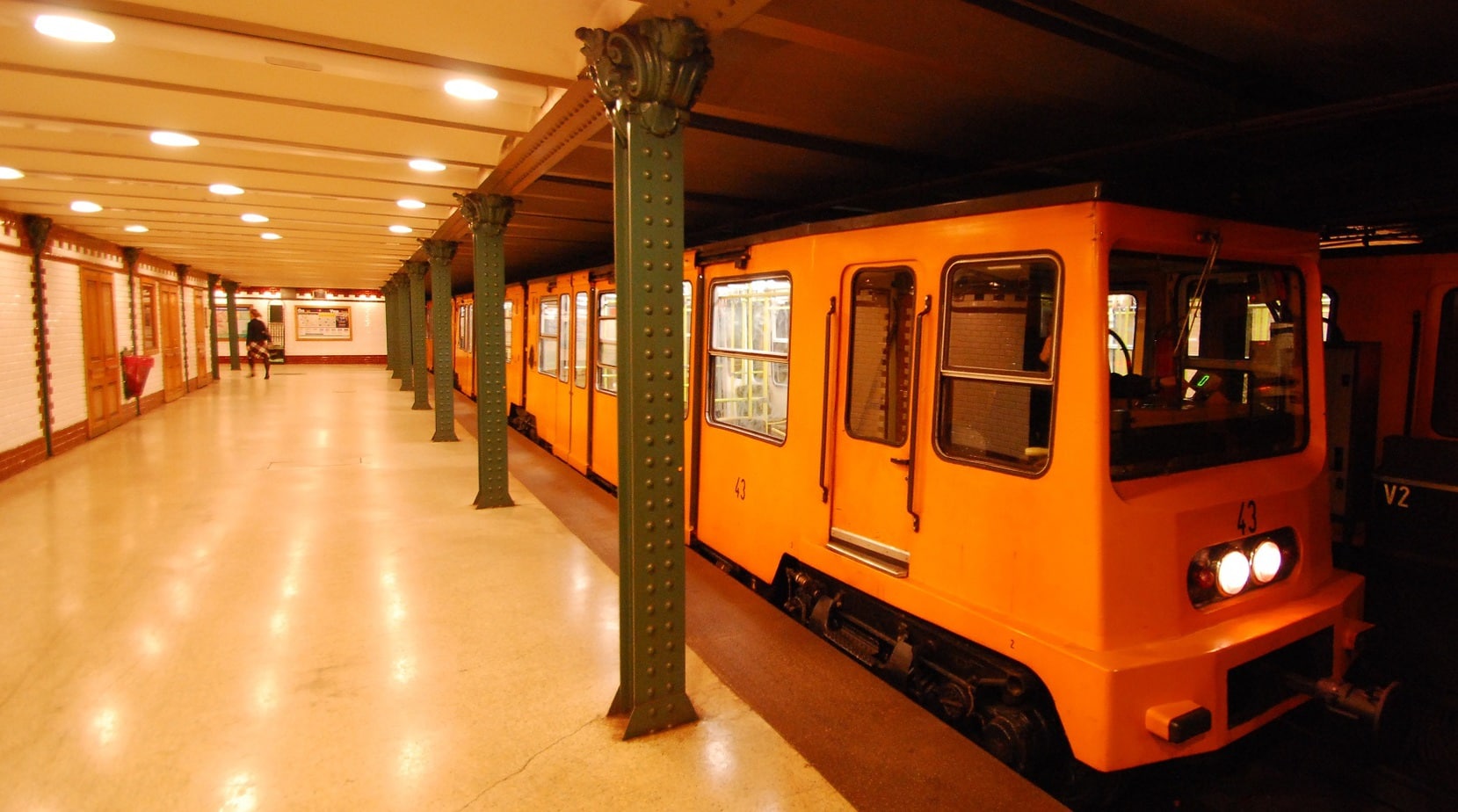 Like many of the subway systems on this list, the Budapest Metro as a singular line built in the late 19th century. Although Istanbul’s Tünel is about a decade older, many people consider Budapest’s M1 line to be continental Europe’s oldest metro network. The trains on the M1 line are bright yellow to reflect the line’s color on the system’s map.

The Budapest Metro’s Line 2 has a secret bunker that is hidden between the Kossuth tér and Deák Ferenc tér metro platforms. The bunker was built in the 1950s while the M2 was under construction and was directly connected to Hungarian Parliament. 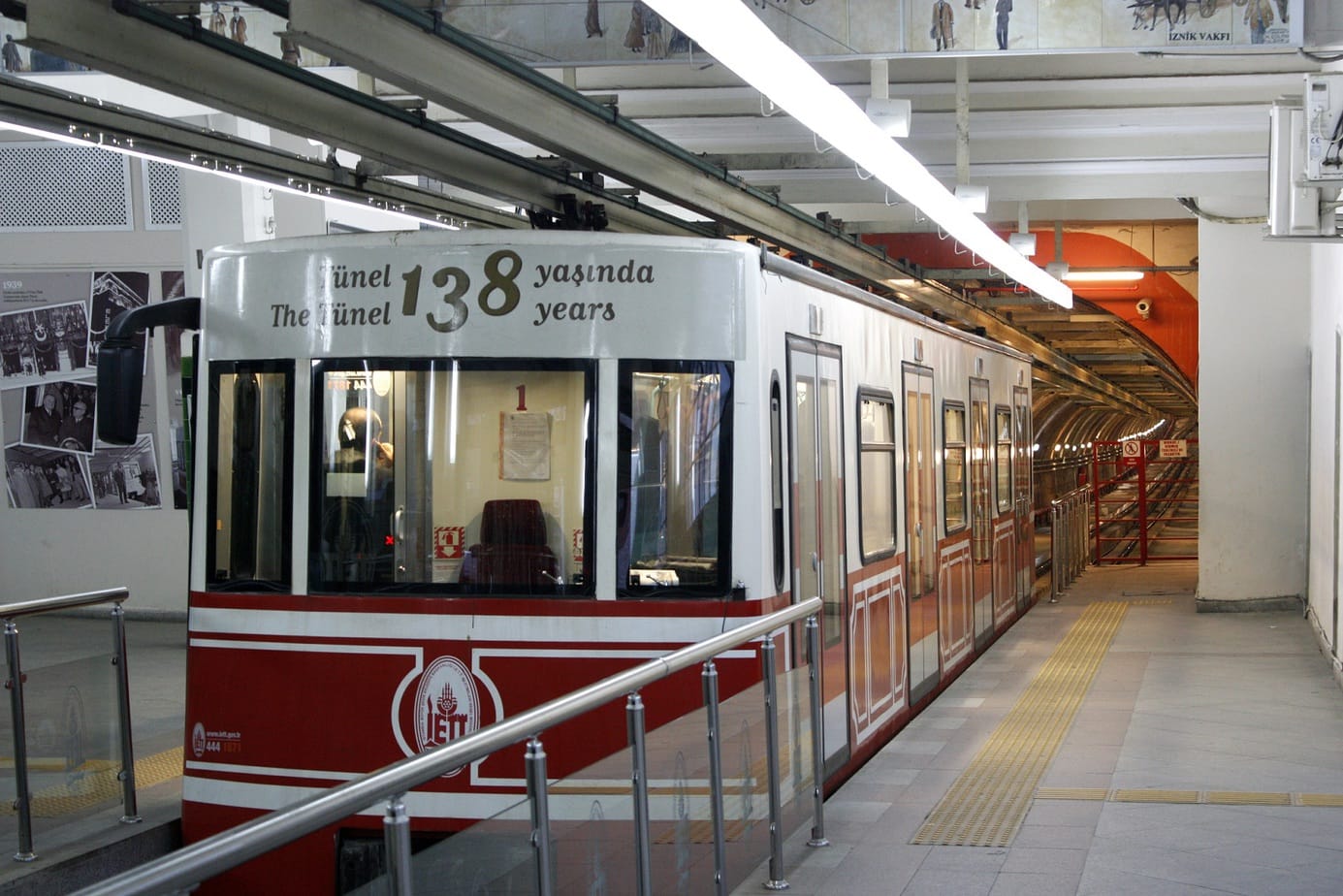 The Istanbul Metro traces its history to the Tünel line that was constructed in the early 1870s. The Tünel was completed in 1874 and first started operating on December 5, 1874. Since then, the Tünel has remained in service, which makes it the second oldest subway in the world.

After the success of the Tünel line, there were plans for a full metro network in Istanbul dating back to the early 20th century. However, this earlier network was never built, but smaller metro lines were added in the mid-20th century. The modern Istanbul Metro system was first constructed in 1989 and work has continued on the system since then.

The early Istanbul Metro, including the Tünel, was not nationalized until 1939. Prior to this, Istanbul’s transportation services were operated by various foreign companies. 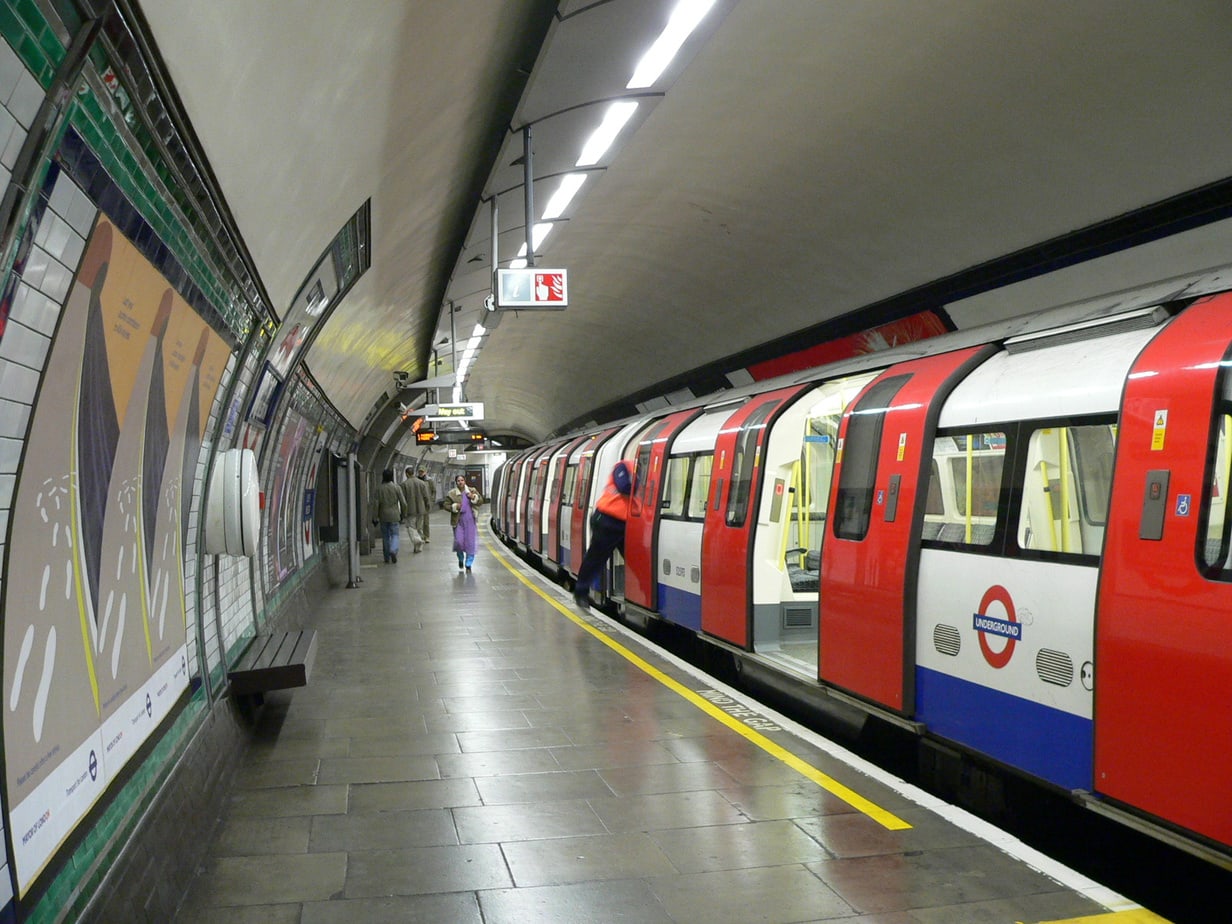 Most of the central London network was completed in the Underground’s first 50 years over the late 19th century. During the first half of the 20th century, the London Underground expanded into the city’s suburbs

Each train used by the London Underground travels about 114,500 miles (about 35 kilometers) a year, which is about 4.6 turns around the world.

Posted by Victor Eaton 0
It’s become common knowledge that European colonization of the Americas first occurred in 1492 with the arrival of Christopher Columbus.… 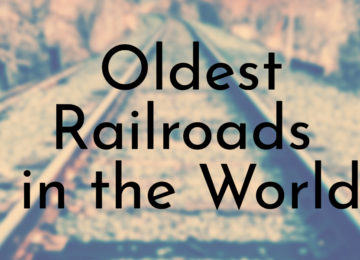