When talking about the oldest railroads in the world, the discussion will wander into various important historical topics related to transportation, human migration, history, economics, and cultural development. The term “railway,” often thought of as the older variation of the railroad, before steam engines, is synonymous with railroad in many parts of the world.

In fact, most of the oldest railroads predate trains and steam engines. They were railways built from stone, wood, or metal to transport goods or serve some other cultural or entrepreneurial function. The centuries of advancement in railroad technology only serve to make one fact even clearer: that cultural development follows the rails. 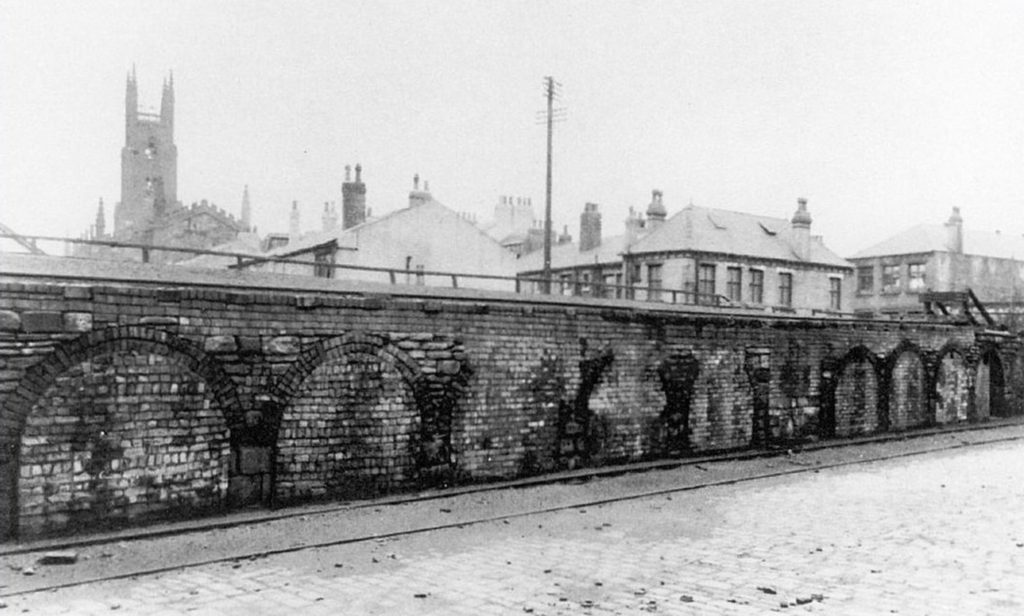 The Middleton Railway is known as the oldest working railway, excluding cable systems. It was built in 1758 in Leeds in West Yorkshire, an upland county in England. Originally, it was constructed from wooden tracks but by 1799 employed iron edge rails.

This railway or wagonway was used to cheaply transport coal towards Leeds. As the first railway granted by an Act of Parliament, the Middleton Railway expanded and allowed Leeds to become a developing industrial center, full of glass, metal, pottery, and brewing industries.

In 1812, the Middleton Railway under the management of John Blenkinsop became the first commercial railway in the world to successfully use steam locomotives. 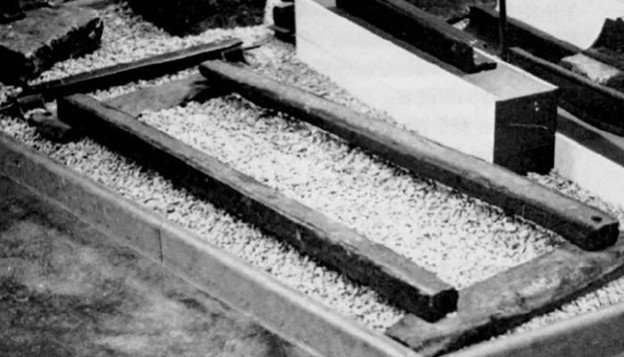 The Wollaton Wagonway was constructed in the East Midlands in England around 1603. It was financed by Sir Percival Willoughby and built by Huntington Beaumont to haul coal over the two-mile stretch from Strelley to Wollaton.

This wagonway is often referred to as the first overground system of modern rail transport, making it a huge developmental link between the ancient concepts of railways and its evolution into the modern definition of the railroad.

Horses pulled wagons and carts of coal along the Wollaton Wagonway until 1620. It was not discontinued for functional reasons but because the mines at Strelley had been completely emptied of usable coal. Beaumont continued to build similar railways for the rest of his career. 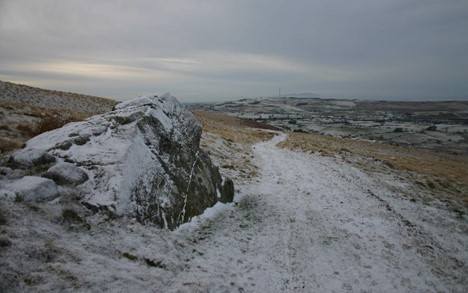 In the Caldbeck Mines of Cumbria, England, a railway has been discovered dating back to the 1560s, though some sources claim it could have been used even earlier. Caldbeck is a village community whose name means “the cold stream,” famous for its scenery, metal and coal mines, and slate quarries.

It seems that even centuries ago, the industrious miners had been hard at work in the Caldbeck fells creating transportation systems that made their job less hazardous. Wooden rails and metal tools have been discovered at the site, pushing back the date of wagonways being used for commercial mining by a century or more.

Not much is known about the Calbeck wagonway. However, Warren Allison and Samuel Murphy have documented their findings in the book, The German Mines of Caldbeck and the Discovery of an Early Primitive Wagonway. 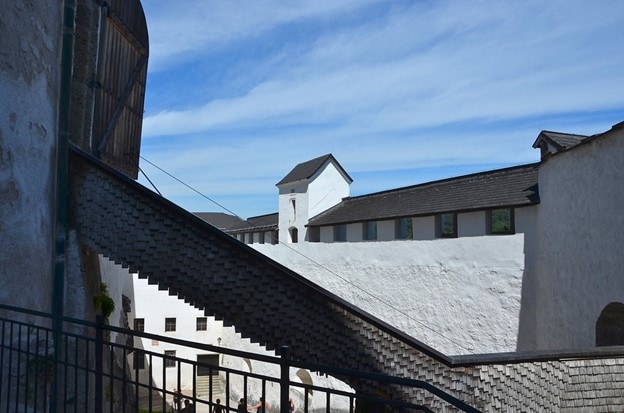 The Reisszug is a cable railway, potentially the first such method of transportation in the world. This means that it hauls freight using cables (back then it would have been a strong hemp rope). Its oldest documentation dates to 1515 when Matthaus Cardinal Lang described it, making it the oldest cable railway (or, “funicular railway”) we know.

The Reisszug was used within the grounds of the Nonnberg Abbey, up a gradient to the courtyard and through gateways. It is believed that the rail originally used sled-style transports to deliver its cargo but switched to wooden rails and wheeled vehicles soon after.

In addition to potentially being the oldest cable railway, the Reisszug is also the oldest railway of any kind that is still in operation. Today, it employs a steel rail system with a steel cable. Traction along the rails is created by a motor. 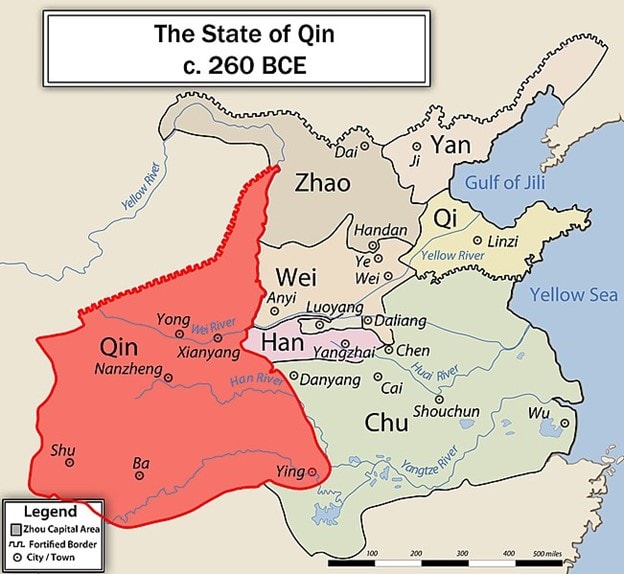 In Nanyang, deep in the Funiu Mountains, there’s a railway dating back over 2,200 years, built sometime in the Qin Dynasty. The Qin State Railway was probably part of a network of horse-driven cars, pulled along the wooden rails, which are so dense that they still survive for us to study.

Built from rails and sleepers (also known as ties), the Qin State Railway is similar to modern rail construction, just without the use of forged metals. Instead, the rail was constructed from wooden rails, with ties paced evenly at the length of a horse’s stride.

The Qin State Railway was likely built by Shang Yang, designed to transport logistical materials for political reform campaigns. Since there is no official record of this railway, historians have surmised that it must have been a military secret. It may partly explain why the Qin state was able to mobilize troops and supplies so quickly, seemingly able to fight their ancient rivals with the speed and efficiency of a modern warfare operation.

The war against the Han Dynasty that destroyed the Qin Dynasty was followed by a regional lack of horses, which made the railway fall into disuse. 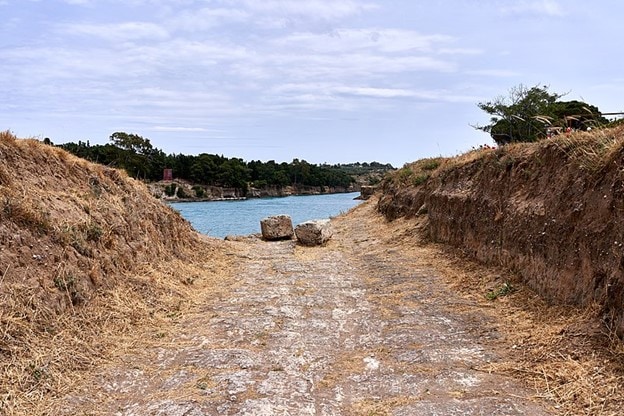 Near Corinth in Ancient Greece, Diolkos was a railway built to transport vehicles on a track, avoiding a dangerous naval route around the Peloponnese peninsula. Particularly in times of war, the Corinthian naval forces could drastically reduce their travel time and accidents by transporting ships on this trackway, saving them from the sea journey from the Ionian to Aegean Seas. In peacetime, it was also used to transport goods.

Diolkos was a trackway made from limestone, with grooves cut out that allowed vehicles, including ships fitted with wheels for the track, to be pulled along the stone path. Sometimes, the cargo was loaded onto wheeled vehicles and simply transported (literally) to another ship on the other side of the peninsula.

Moving ships this way required more engineering than it may first seem. The keel, which is the bottom of the ship, could not be warped or damaged while traveling on the rail, as this would affect the ship’s hydrodynamic balance. Therefore, Corinthian engineers used thick ropes called “hypozomata” and lashed the ship tightly from its stern to its bow, which prevented the hull from sagging during transport and damaging the keel. 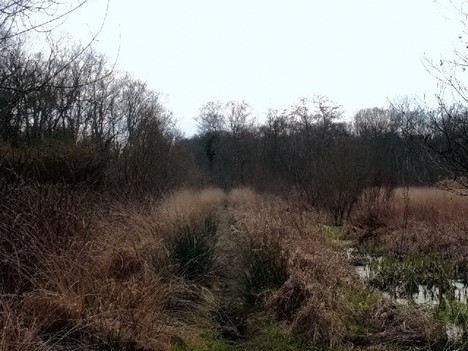 The Sweet Track is located in the Somerset Levels, which are a wetlands area on the coast of Somerset in England that include the Rivers Axe, Parrett, and Brue. It’s in the valley of the River Brue that the Sweet Track was built in 3807 BC at the site of another railway, the Post Track (see below).

Ray Sweet discovered the track, hence the name, and dated it to the Neolithic period, observing the crossed wooden poles drilled into the marshy soil to hold the oak planks of the railway in place. Though the track was only in operation for about a decade due to the marshy landscape and rising water levels, it remains one of the oldest track systems in the world.

The Sweet Track was probably used to help the locals cultivate, fish, hunt, forage, and graze their animals on the islands across the bog in the marshes of this area of the Somerset Levels. The grasslands across the marsh probably helped them subsist with its relatively rich supply of wood, fruit, fish, seeds, and grazing land. 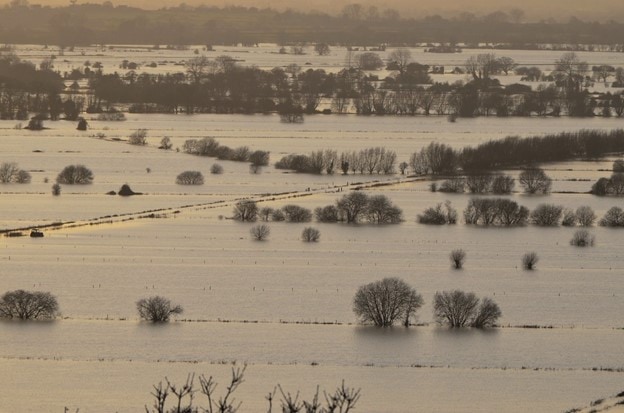 The oldest railroad in the world is the Post Track. This ancient railroad, also called a causeway or trackway, was made from planks of timber of ash trees and pegs made from lime and hazel. This route seems to have had spiritual significance, with many sections of the track now considered ancient religious areas.

The Post Track was intended to be a permanent spiritual fixture of its area in the River Brue valley in England on the Somerset Levels. As such, the wooden planks were consistently replaced or repaired as they rotted or aged, making dating the Post Track a little complicated. However, the best guess is that it was constructed around 3838 BCE, making it the oldest railway in the world.

When we think of a railroad, it can be difficult to imagine a time before the puffing steam locomotives of the 1800s. However, the evolution of the railroad or railway can be traced back millennia to the engineers that knew how to use rudimentary materials in a combination that took transportation to the next era of efficiency.
Wars were fought, empires rose and fell, businesses were made and broken, by this technology. The history of the railway is tangibly equivalent to the history of the world, in the areas where it mattered most.