Soon after the very first colony was founded in America at Jamestown, Virginia in 1607, the very first tavern and restaurants began to pop up throughout the newly established colonies.

In fact, it took less than 100 years for the first official tavern to be established in America. In addition to serving food and drinks, these early taverns were often used as important meeting places as they were typically built in a town’s central area.

All of the following taverns/inns were established during colonial American times and through many preservation efforts still remain in operation today. 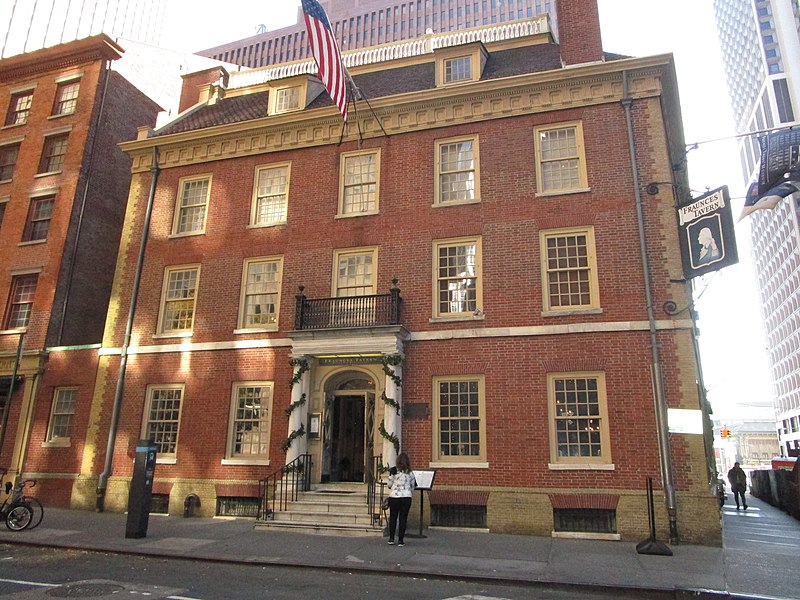 Fraunces Tavern is a National Historic Landmark and the oldest bar in New York City. The bar’s current building was built by the De Lancey family in 1719. Initially, the building was used to sell goods and as a residence. Then, in 1762 Samuel Fraunces purchased the building and turned it into a tavern.

Under Fraunces’ ownership, the tavern became a central meeting place during the American Revolution. George Washington often used the Fraunces Tavern as his headquarters. It served as a venue for peace negotiations as well as boarding house for federal officers during the early formation of the United States.

Since 1904, the Sons of the Revolution have owned and operated Fraunces Tavern — they claim it is the oldest surviving building in Manhattan. 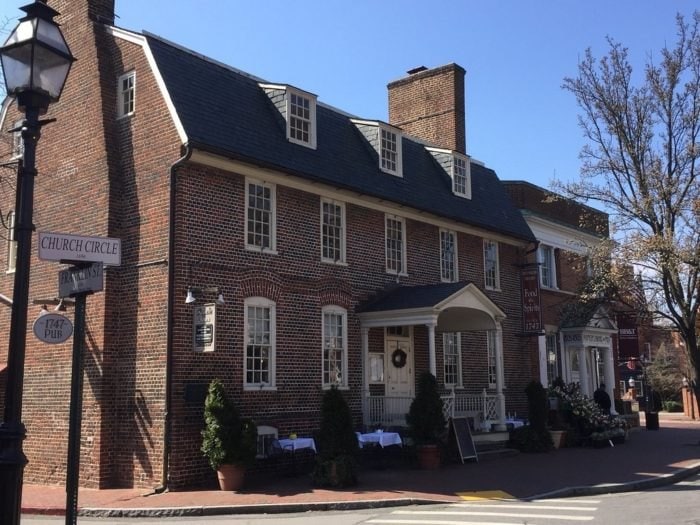 Image Source: Only in Your State

Reynolds Tavern was opened in 1747 by William Reynolds, who was a hatter and dry goods salesman. In addition to operating a tavern, Reynolds used the building rent rooms and run his hat business. Because of this, Reynolds originally called the bar The Beaver and Lac’d Hat.

The Reynolds family continued to operate the tavern until 1796. Afterwards, the tavern changed ownership several times and was eventually converted into the Annapolis Public Library. In the early 1970s, the building was turned over to the Historic Annapolis Foundation.

For several decades, many people tried to renovate the building and restore it to its former glory. Finally, in 2000, Jill and Andrew Petit turned the building back into a tavern and dubbed it Reynolds. 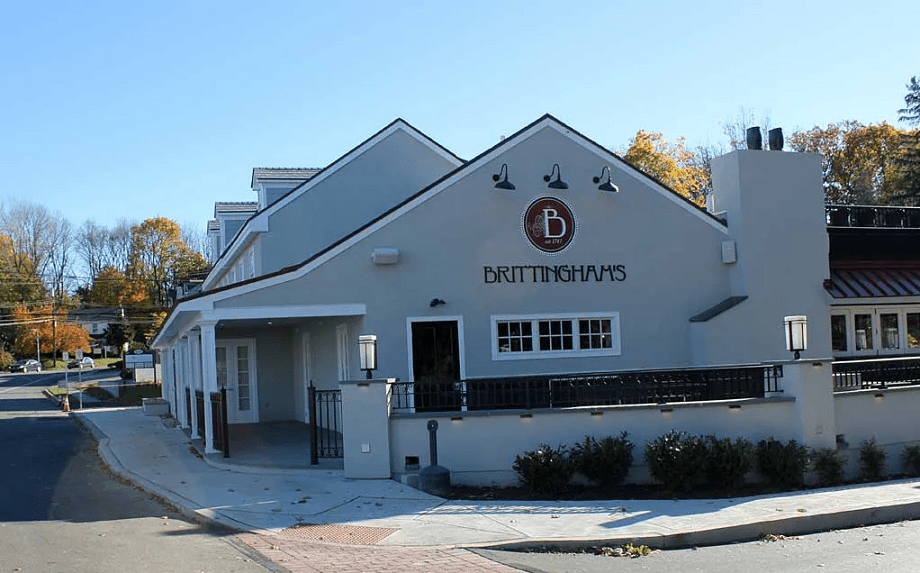 During the Revolutionary War, Brittingham’s was called The Trooper. According to long-standing rumors, George Washington and the Marquis de Lafayette stopped at the tavern and Lafayette’s troops billeted at the inn after the Battle of Barren Hill in 1777.

The bar got its current name in the 1970s when owners Frank and Nancy Brittingham established an Irish pub theme that was well-loved by locals. The name stuck as the bar changed owners. 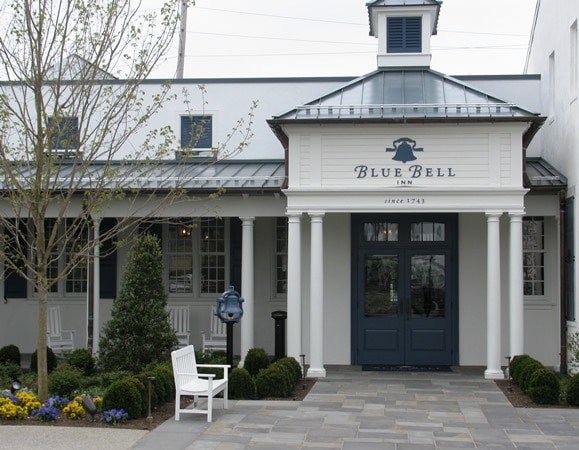 The Blue Bell Inn was first built in 1743 and was originally called the “White House.” The inn is not only a historic landmark in Pennsylvania, but it is a part of American history — in 1777, George Washington and his troops retreated to the Blue Bell area after being defeated at the Battle of Germantown. When Washington regrouped, he often stayed at the inn.

Around 1796, a tower with a blue bell was installed over the inn, which is when the inn got its current name. The inn became so important to the locals, that the town decided to change its name from “Pigeontown” to Blue Bell.

Over the years, the inn has changed ownership numerous times, but it has always remained open for locals and tourists to stop in and have food and drinks. 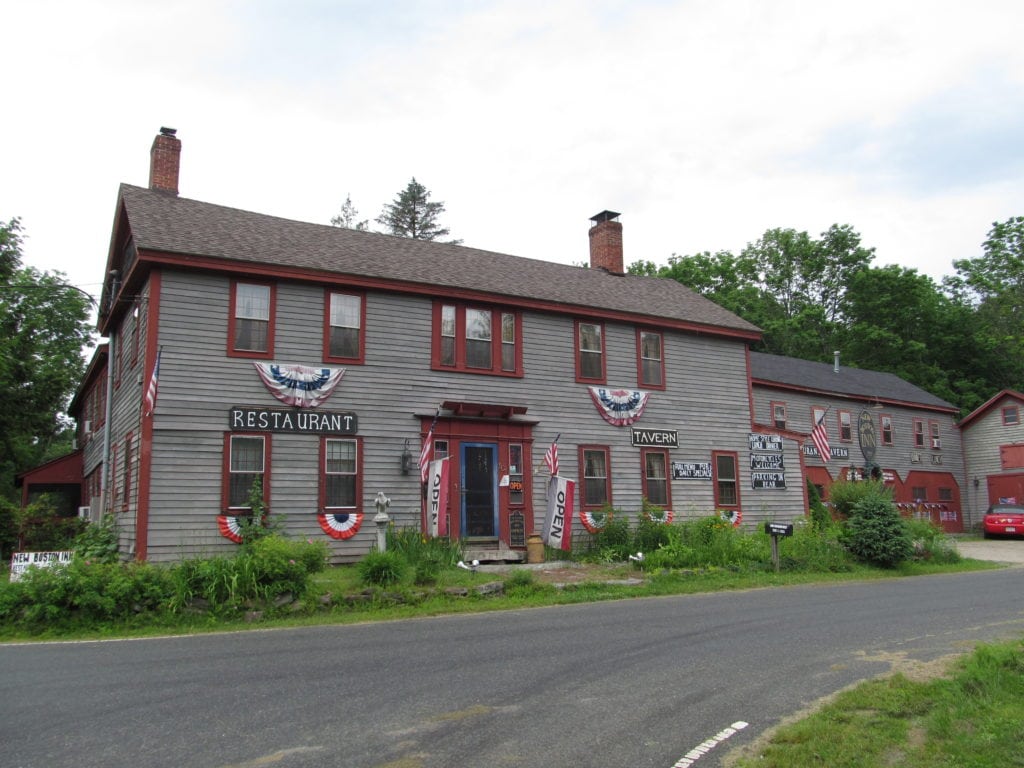 The New Boston Inn traces its roots back to 1737 when Capt. Daniel Brown settled in the area and founded New Boston. Brown received the first tavern license for the area in 1742 and the current Pub/Taproom is the original part of inn.

Although the site of the inn dates back to 1737, the current building was constructed sometime in the 1800s by one of Brown’s sons. During the Revolutionary War, the inn served as a training ground for soldiers between 1775 – 1789.

The inn has survived so long due to good preservation and a few restorations (1920, 1940, and 1985). Today, the New Boston Inn still serves food and drinks and is once again operating as an inn. It is now a historic landmark and was listed on the National Register of Historic Places in 1988. 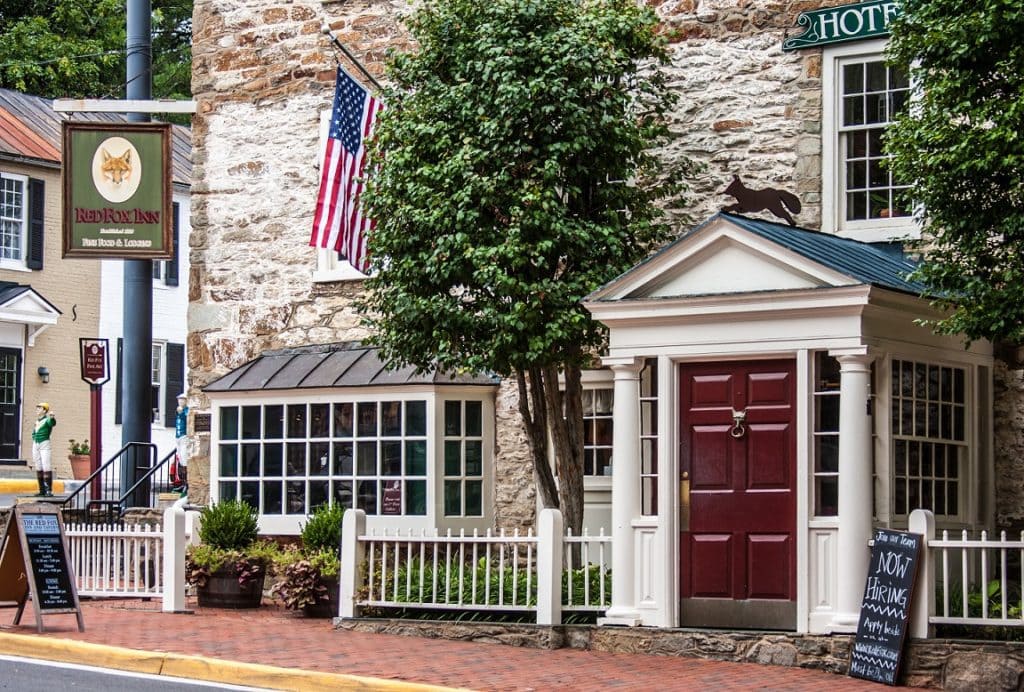 The Red Fox Inn & Tavern was established some time around 1728 by Rawleigh Chinn, who owned the land on which Middleburg was developed. While the Red Fox Inn has some interior pieces that date back to the 18th century, its present stone building was built in 1830 for Nobel Beveridge.

During the Civil War, the inn was used by the Confederate army, most notably Confederate Colonel John Mosby and his Rangers. 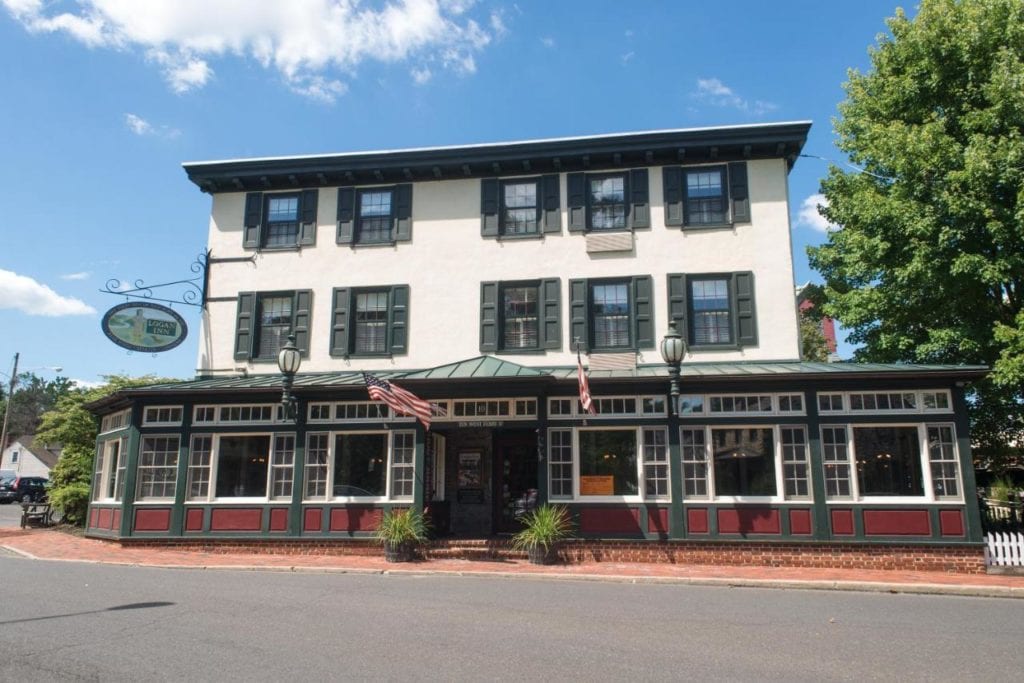 The Logan Inn was originally built as a tavern in 1722 by John Wells, who was the founder of New Hope’s community. Five years later, in 1727, Wells turned the tavern into an inn. Initially, Wells called his bar the Ferry Tavern because he operated a ferry across the river to and from New Jersey.

The tavern received its current name, The Logan Inn, in 1828 as part of a celebration and a metal cut-out of a Native American man was installed above the roof of the inn.

Since opening its doors in 1722, the Logan Inn has become a hotbed for reported ghost activity. Guests often report seeing ghosts all around the inn. Reportedly, the most active room for spotting a ghost is room No. 6. 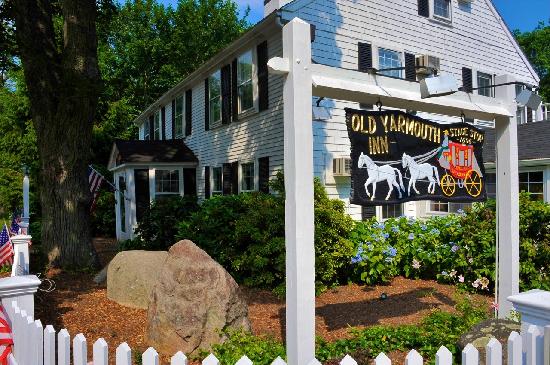 Old Yarmouth Inn was established in 1696 and is believed to be the oldest inn and tavern in Cape Cod, Massachusetts. The tavern was built near the colony’s early churches as it was common to do so during colonial times — this made it easy for churchgoers to flock to the inn for refreshments after church was over.

Due to a fire at Cape Cod’s Town Hall, older documents detailing the inn’s history have been lost. However, a guest registry from the 1860s survives as proof that the inn has been welcoming travelers for a very long time.

As a historic building, many people believe that the Old Yarmouth Inn is haunted. There have been sightings of the inn’s two main ghosts for years and the Yarmouth’s owners assure people that these ghosts are mischievous, but not malicious or scary. 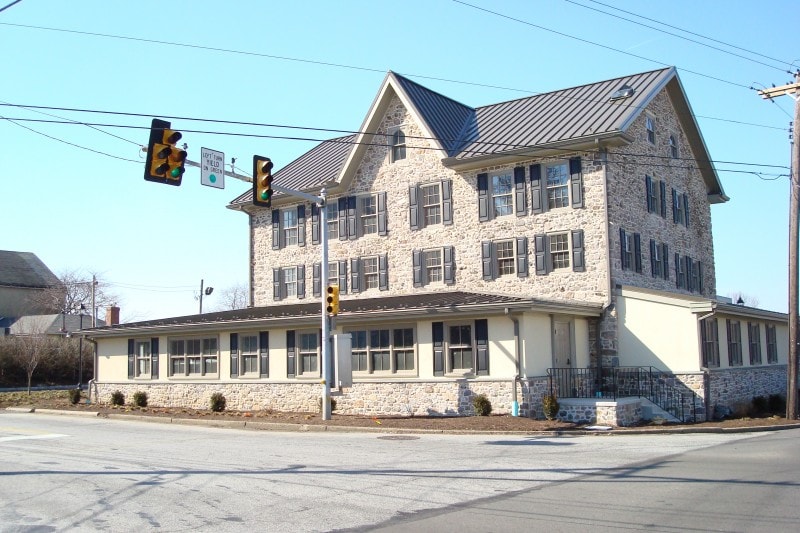 Before permanently closing its doors in 2019, the Broad Axe Tavern was the second oldest bar ever in America. It was opened in 1681 and was located along a path where farmers took their grain to the mills of the area. Eventually, these farmers opened a small tavern and began to charge for food and a place to stay.

The tavern soon became a local meeting spot where people could exchange news – the sheriff even began to post notices on the wall and newspapers (the Pennsylvania Gazette and Ambler Gazette) were read aloud each day.

The Broad Axe Tavern was located in an area that is often shrouded in a dense fog and surrounded by a heavy forest, this has led to many claims that the tavern was haunted. The most well-known ghost was Rachel, who many claim was the daughter of one of the tavern’s owners.

Although the Broad Axe Tavern was a popular tourist destination, in 2019 the owners filed for bankruptcy and permanently closed the historic tavern’s doors. The building is still listed for sale, but no one has decided to revive the tavern’s legacy. 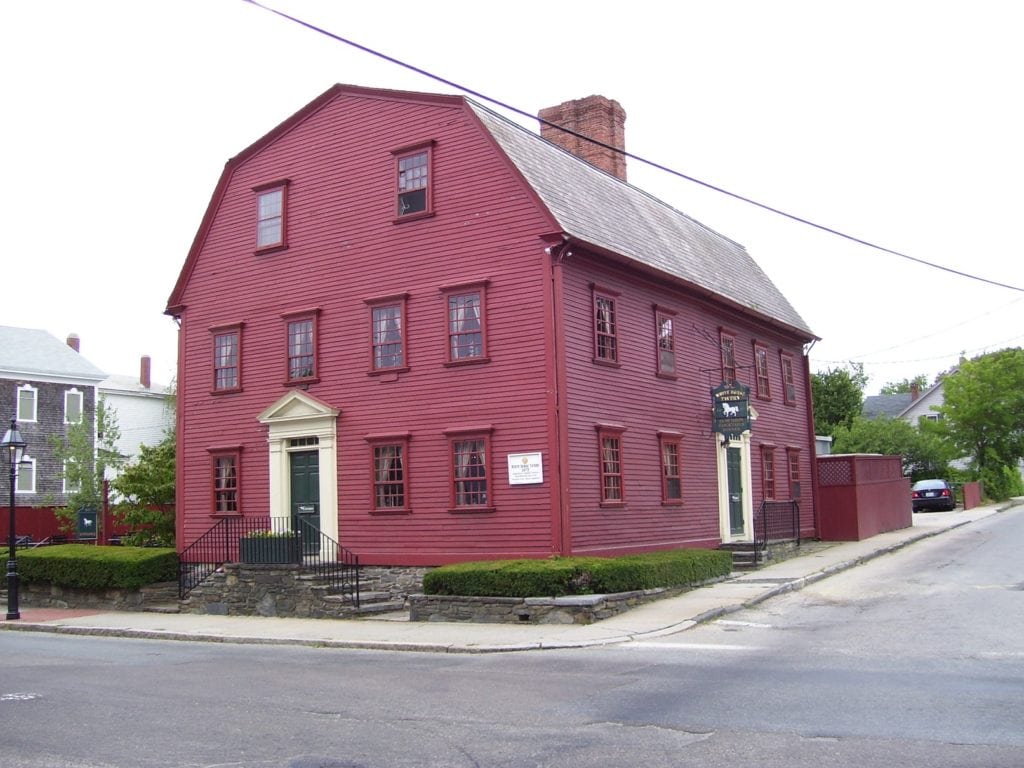 The White Horse Tavern dates to 1673, making it the oldest bar ever in America. The building was originally built in 1652 and it was used as a meeting place for the local colonists — it was used for the Colony’s General Assembly meetings, as a courthouse, and as a city hall.

Jonathan Nichols, who became the tavern’s owner in 1730 gave the White Horse Tavern its current name. By 1954, the tavern had become worn and rundown and it was restored through the generosity of the Van Beuren family. The building was reopened in 1957 and has been in continuous operation since then as The White Horse Tavern. 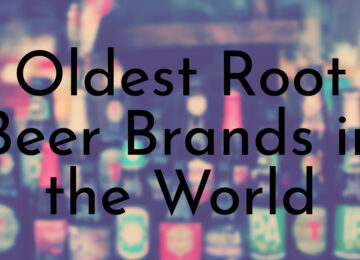 Posted by Victor Eaton 0
Root beer is a sweet, carbonated beverage typically made with sassafras root and other herbs. The drink has been around…