Philadelphia is one of the most historic cities in the United States and is also a city overflowing with booze. There are numerous bars all across Philly and some are as historic as the city itself. A few of the older bars on this list date back to the mid-to-late 19th century, while the oldest was founded before the United States won its independence. Somehow all of the bars on this list – except for Dirty Franks, which opened right when Prohibition ended – survived Prohibition and are still serving drinks (and food in most places) to the people of Philly. 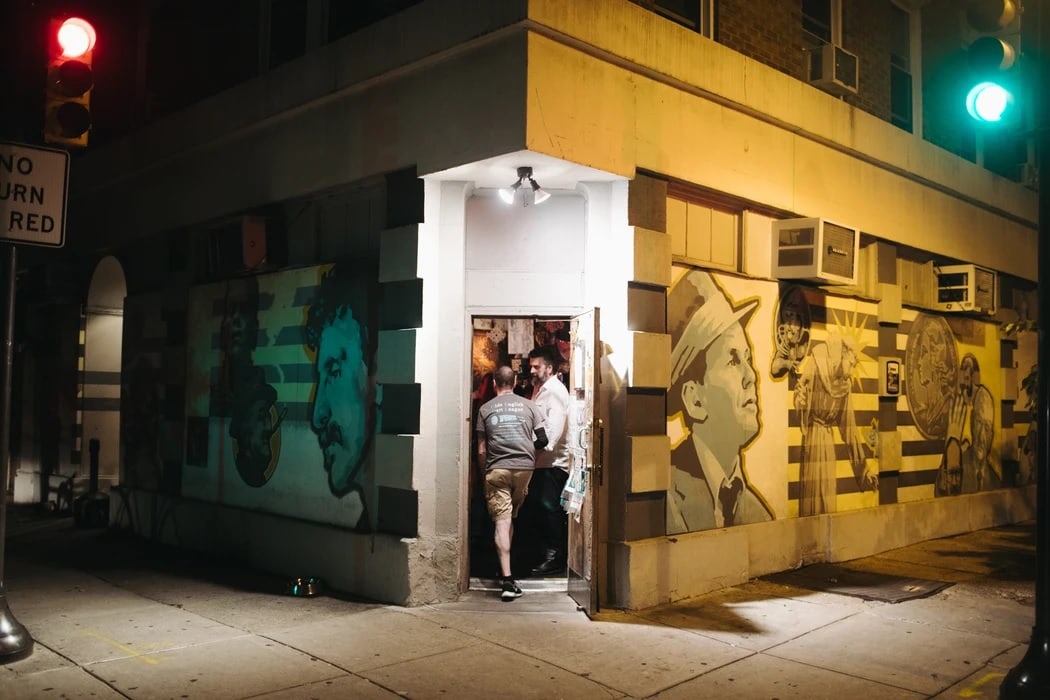 Dirty Franks is one of Philly’s most famous dive bars and has been serving up the city since 1933, right around the time that Prohibition ended. The bar’s second owner was Frank Vigderman, who reportedly had poor hygiene, which is where the bar got its current name. Since then, Dirty Frank’s has changed ownership several times, but for the most part, the bar has maintained its divey atmosphere. Since 2011, Dirty Franks has been owned by Jody Sweitzer and Brad Pierce, both longtime employees of the bar.

The ashes of one of Dirty Franks’s longtime patrons are resting somewhere in the back wall by the bar’s dartboard. 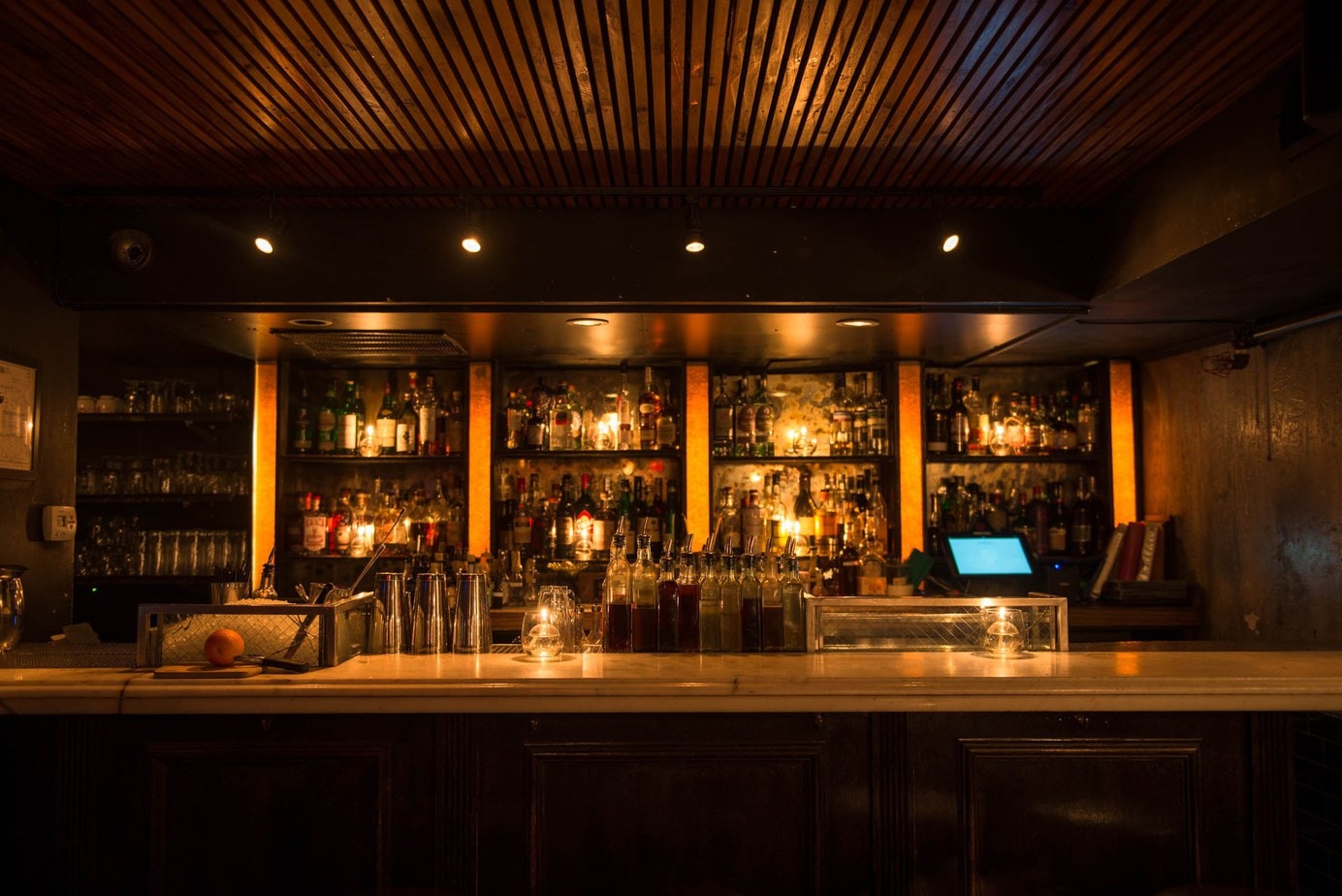 While Prohibition ended in 1933, the Franklin Mortgage & Investment Company has maintained its speakeasy vibe. The bar is now one of the top cocktail bars in America and frequented by cocktail snobs, tourists, and regular Philly locals.

To maintain a classy atmosphere, the Franklin Mortgage & Investment Company only lets in as many customers as the bar has seats, which accounts for the bar’s long lines. 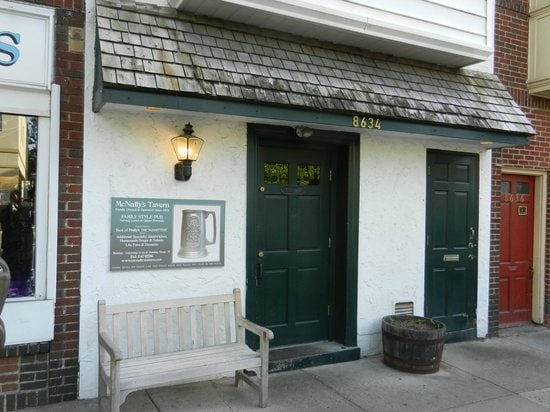 One of the most famous dishes from McNally’s Tavern is The Schmitter® sandwich, which was created by Hugh James McNally, founder Rose McNally’s grandson. The Schmitter® is now so well-known that its been requested at special sporting events both in Philadelphia and around the U.S. 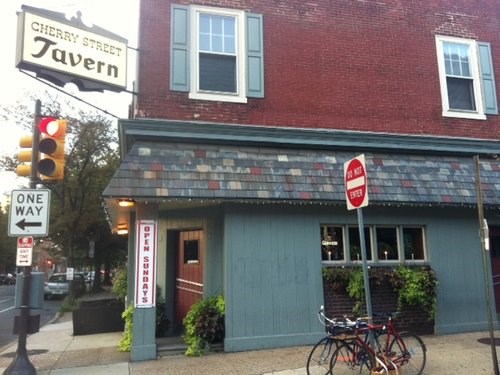 In the early 1970s, Cherry Street Tavern was purchased by John “Tex” Flannery, a local football legend. Flannery sold the tavern/restaurant to brothers Bob and Bill Loughery who had already been running the place for years.

A disused urinal trough runs along the base of the bar at Cherry Street Tavern and at one point, customers could drink, eat, and urinate in the same place! 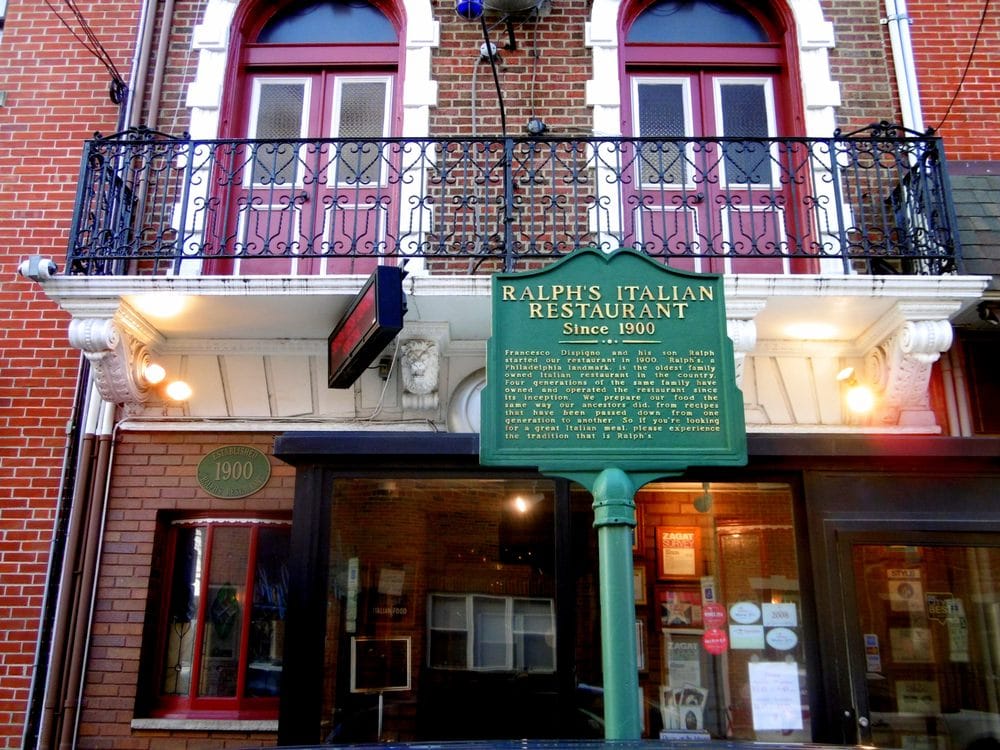 Ralph’s Italian Restaurant is another entry on this list that is known for more than just its drink. As its name implies, Ralph’s is an Italian restaurant, in fact, it is oldest Italian restaurant in America, dating back to 1900. The restaurant was opened by Francesco Dispigno and his wife Catherine in South Philly. The Dispignos had immigrated to America with their son Ralph (originally Rafel) a few years earlier.

Ralph’s Italian Restaurant has been serving food and drinks in the same spot for over 119 years and is still run by members of the Dispigno family – who are now Rubinos after Ralph’s grandchildren.

In 2015, Ralph’s Italian Restaurant announced that it will be franchising its brand, led by Ryan Rubino, the great-great-grandson of  founders Francesco and Catherine Dispigno. 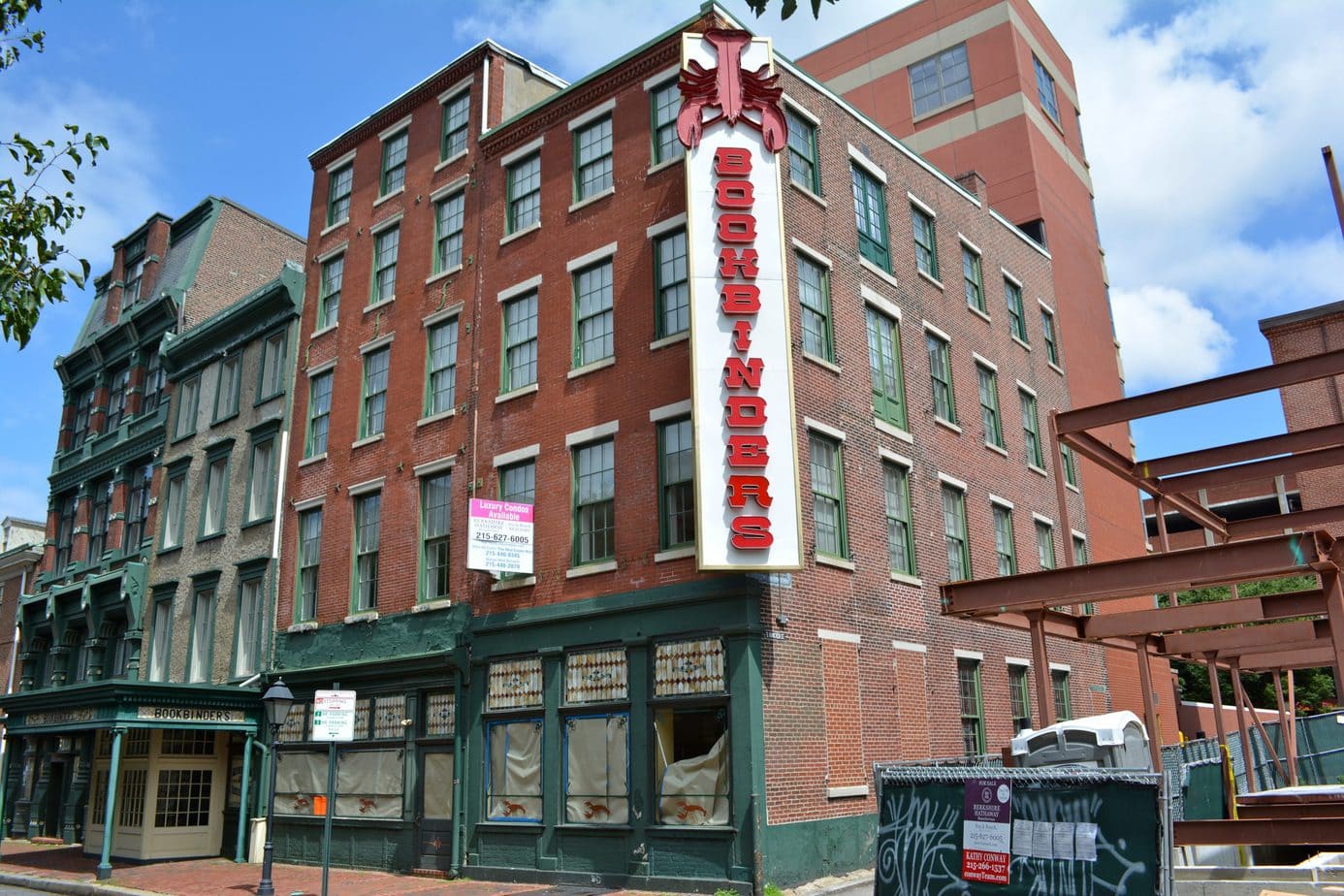 The Olde Bar was opened in 2015 by celebrity Chef Jose Garces in the historic building where the Old Original Bookbinder’s seafood restaurant was located for over 100 years. The contemporary oyster bar and cocktail lounge pays homage to the original restaurant and much of the historical woodwork and decor remain and have been restored.

Old Original Bookbinder’s traces its history all the way back to an oyster saloon opened by Samuel Bookbinder in 1893. Five years later, Bookbinder moved the restaurant to its current location. The restaurant was in continuous operation until it started to face financial troubles in the early 2000s.

Although the first Old Original Bookbinder’s restaurant did not survive, the Taxin family – the restaurant’s last owners – still operate a second Bookbinder’s seafood restaurant in Richmond, Virginia and also sell a line of Bookbinder’s brand sauces at grocery stores across the U.S.

4. The Mask and Wig Clubhouse 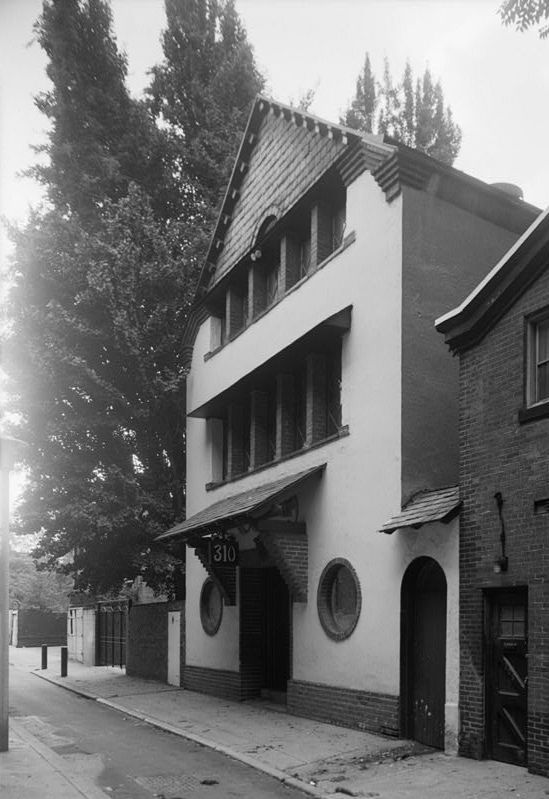 The Mask and Wig Clubhouse is another bar on this list that is not technically a bar, but is a private club founded in 1889 by Clayton Fotterall McMichael as an alternative to the existing theatrical and dramatic outlets at the University of Pennsylvania. Although the Mask and Wig Clubhouse was built sometime in the early 1800s, the club acquired the building in 1894.

The Clubhouse consists of the Grille Room – the main bar and kitchen, plus a cocktail lounge – and the Ned Rogers Theatre, where the Mask and Wig Club puts on its show (food and drinks are also served in this area). The Mask and Wig Clubhouse is only open to the public during shows or for private rentals.

American painter and illustrator, Maxfield Parrish, received one of his first commissions from the Mask and Wig Club. Parrish went on to create several murals for the Clubhouse and illustrated the earliest program covers. 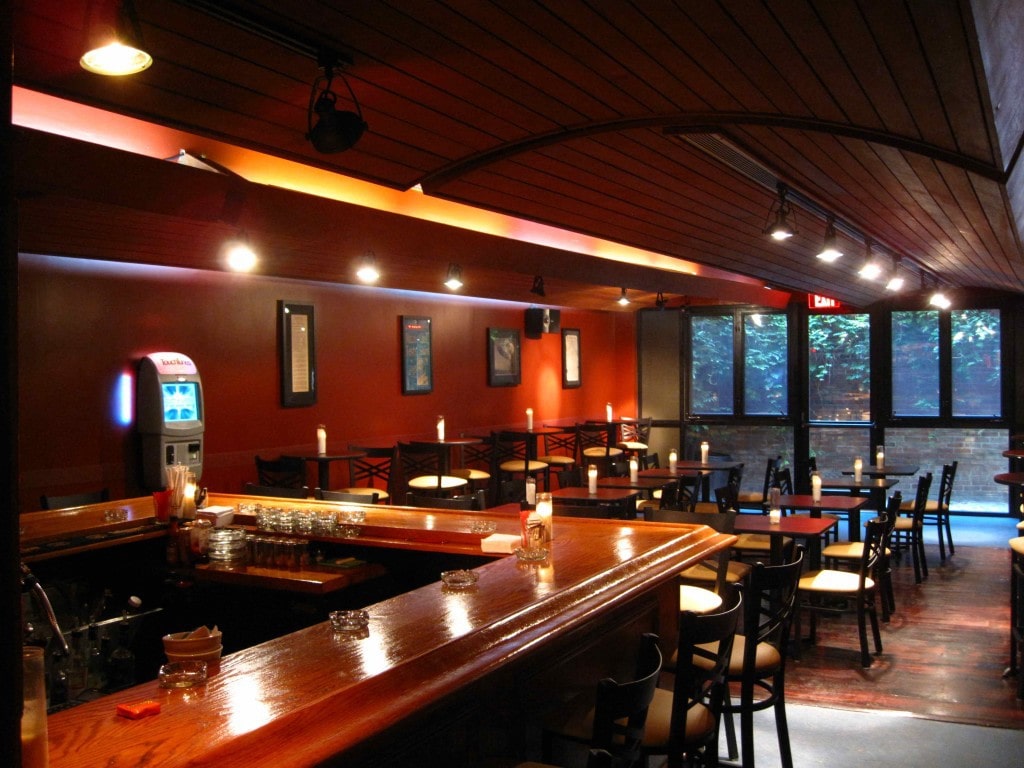 While the Pen & Pencil Club is technically more of a private social club for Philadelphia’s journalists, it has always served drinks and can arguably be considered a bar. The Pen & Pencil Club was founded in 1892 after the Stylus Club, the Journalist Club of Philadelphia, and the Reporters Club were joined. Under its bylaws, the club has always been controlled by the working press.

The Pen & Pencil Club has changed locations over the years and it is currently located at 1522 Latimer Street. The only way for non-members to enter the bar is as a guest of club member in good standing.

Many famous people have passed through the Pen & Pencil Club, including President William Howard Taft, who once engaged in bar banter until 5AM after giving slipping away from his bodyguards. 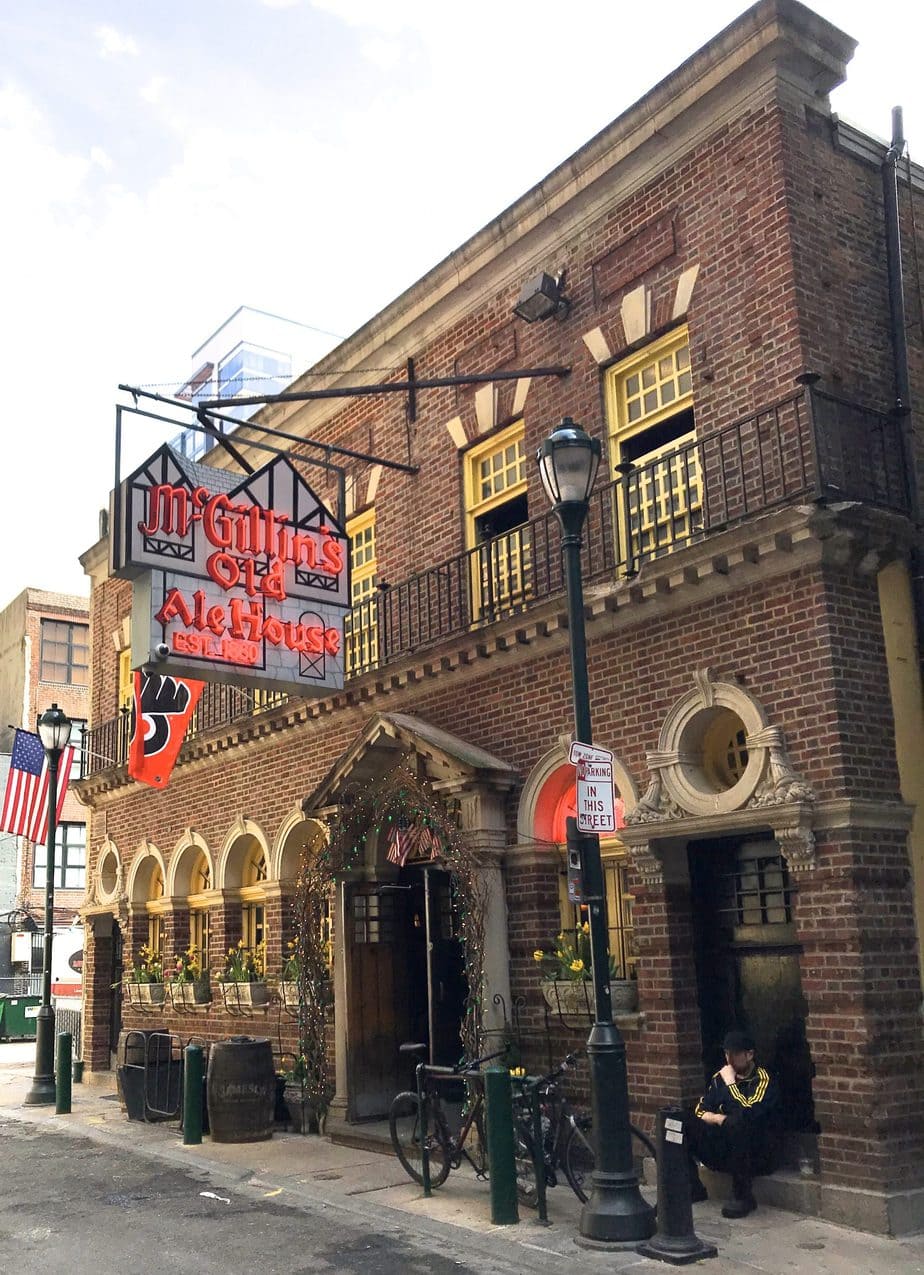 Although City Tavern is technically older, McGillin’s Olde Ale House is the continuously operating bar in Philadelphia and has been slinging beers since 1860. Initially called The Bell in Hand, the bar was opened by Irish immigrants Catherine “Ma” and William “Pa” McGillin. Locals often called the tavern McGillin’s and the nickname eventually stuck.

The McGillin family continued to operate McGillin’s Olde Ale House until 1958. That year, the McGillins’ daughter Mercedes McGillin Hooper sold the bar to Henry Spaniak and Joe Shepaniak (brothers who spelled their surname differently). Since 1993, Henry’s descendants have been running McGillin’s.

To survive Prohibitin, McGillin’s Olde Ale House hired a chef to serve food and ice cream and the bar’s official website hints that the bar may have continued to serve alcohol secretly on the second floor. 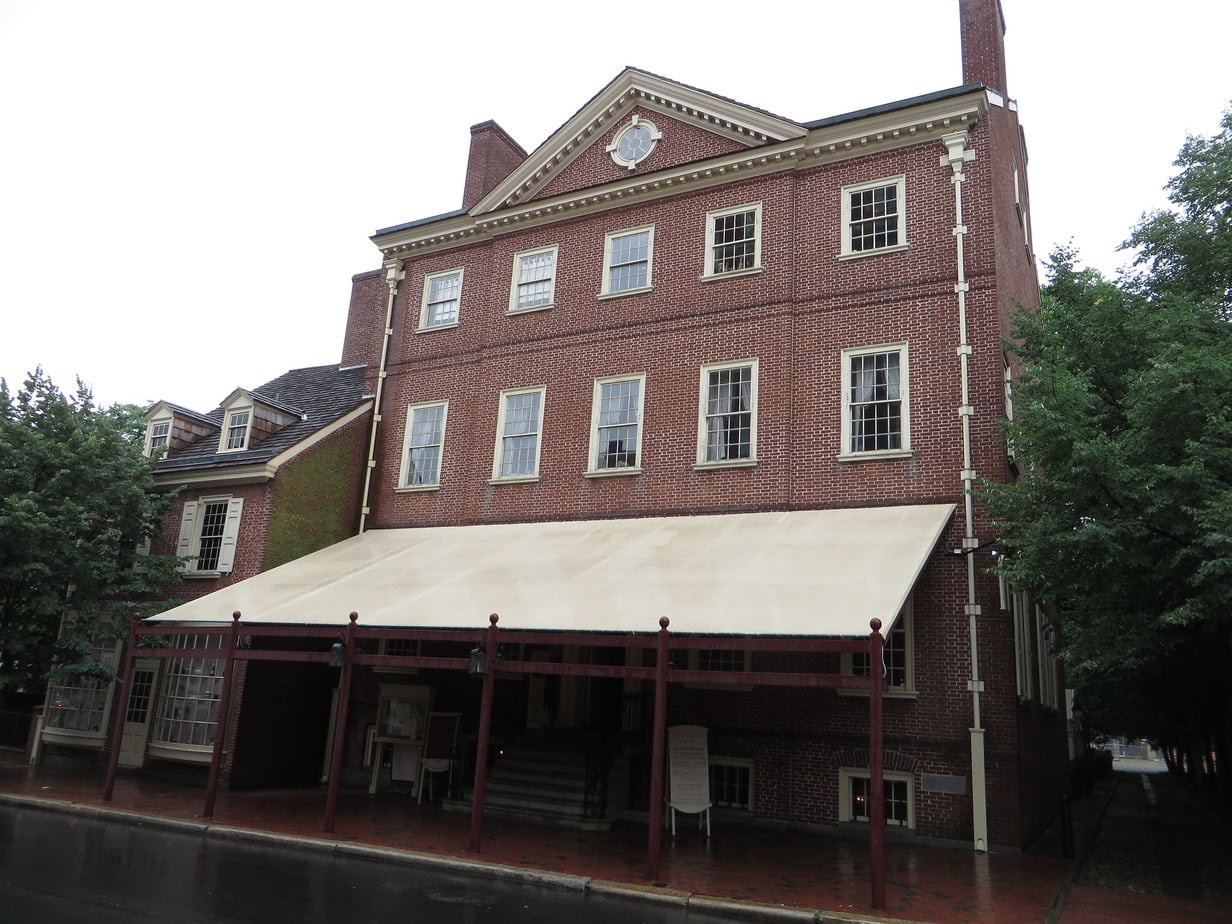 The original structure located in the same spot as the current City Tavern pre-dates the formation of the United States – City Tavern was opened in 1773 and is the oldest bar in Philadelphia. City Tavern quickly became a popular meeting space for America’s Founding Fathers and members of the First Continental Congress.

Although City Tavern was such a popular spot, the original building was partially burned in 1834 and finally demolished by 1854. In 1948, the exact spot where City Tavern was located became a site of national importance and was protected. A few decades later in 1975, an accurate replica of City Tavern was built and opened a year later for the United States Bicentennial.