Alligators are some of the longest living creatures both in the wild and captivity and have lives about as long as, or even longer, than humans. In the wild, alligators can live for about 50 years and in captivity for even longer. All of the alligators on this list are American alligators — there is only one other extant species of alligator, the Chinese alligator.

As of June 2019 this list is as accurate as possible and will be updated as needed. 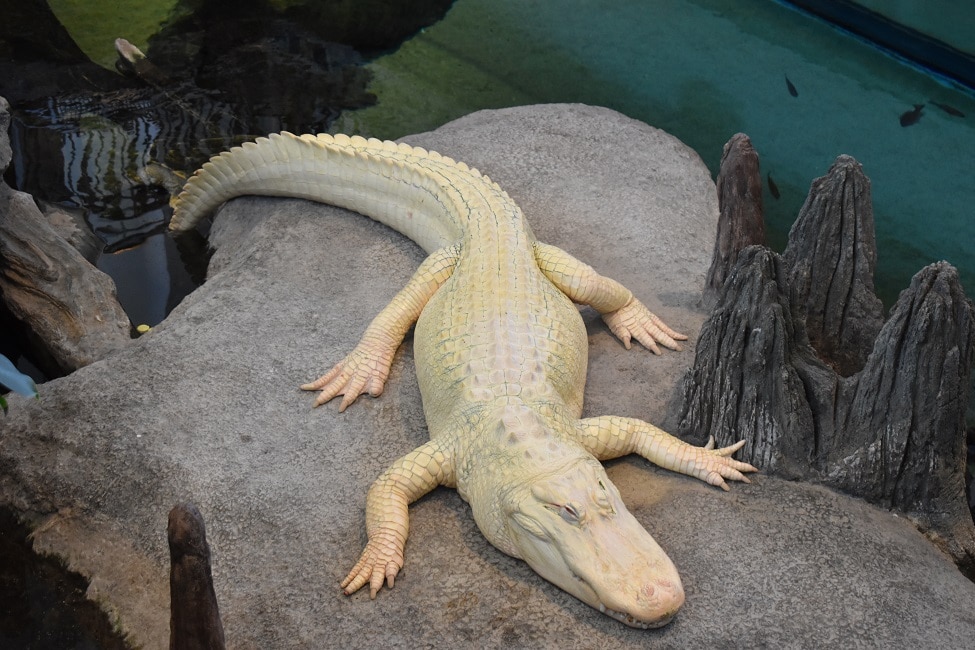 Claude may only be about a quarter of the age of the other alligators on this list, but he is a celebrity in his own right. While his current age may be relatively unremarkable, Claude is famous for being an albino alligator and the star attraction at the Swamp exhibit of the California Academy of Sciences in San Francisco. Claude is so special because there are only a few known albino alligators in the world.

Like the other alligators on this list, Claude is an American alligator and he was born in Florida on September 15, 1995. Currently, Claude is 23 years old and based on the ages of the other oldest captive alligators, Claude has many more decades to go. 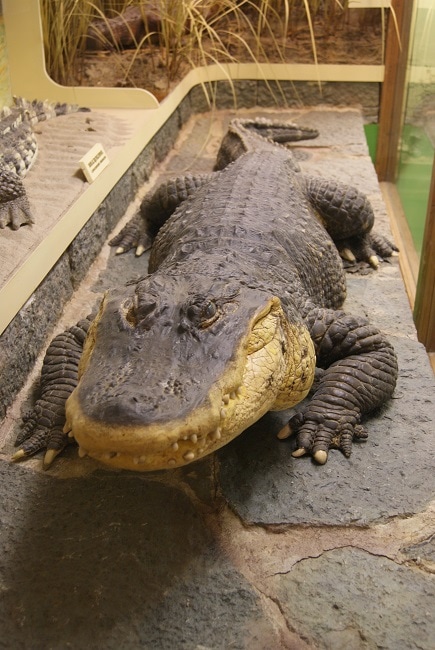 Smiley lived at the Maritime Museum in Gothenburg, Sweden, but was originally from the United States. She arrived in Gothenburg in 1924 when she was about 2 years old and died on February 9, 1987. Unfortunately, Smiley died when the museum decided to turn the heat down in her enclosure to save money. This caused Smiley to get sick and she never recovered. Smiley’s remains are part of the Gothenburg Natural History Museum’s scientific collection, but a taxidermied replica of Smiley is on display for the public.

The city of Gothenburg named the M29 859 tram after Smiley. 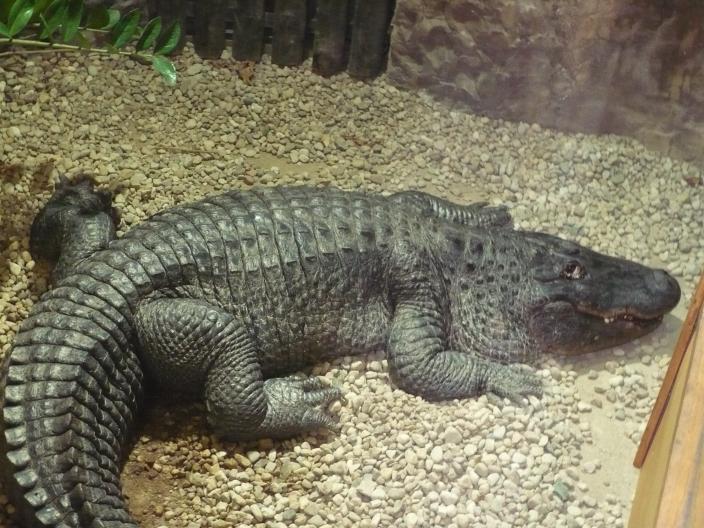 At the time of his death in 2007, Čabulītis was believed to be one of the oldest captive alligators in Europe. Čabulītis spent his entire life at the Riga Zoo in Riga, Latvia and arrived sometime around 1935. Zoo documents from that time period suggest that Čabulītis was between 1 to 3 years old when he arrived at his new home.

Not much is known about Čabulītis during his younger years, but there were three other alligators living at the Riga Zoo in the 1930s. Čabulītis was the only remaining alligator at the zoo by the 1970s. In his later years, Čabulītis slowed down considerably and often spent his time in water as walking on dry land became too difficult. Čabulītis died when he was in his early 70s from lung disease and heart failure. In honor of the alligator, Čabulītis’ remains were stuffed and are on display in the Riga Zoo.

Čabulītis enjoyed having his back brushed, being sprayed with warm water, and let out a hearty roar when Riga Zoo played music by German pop duo Modern Talking. 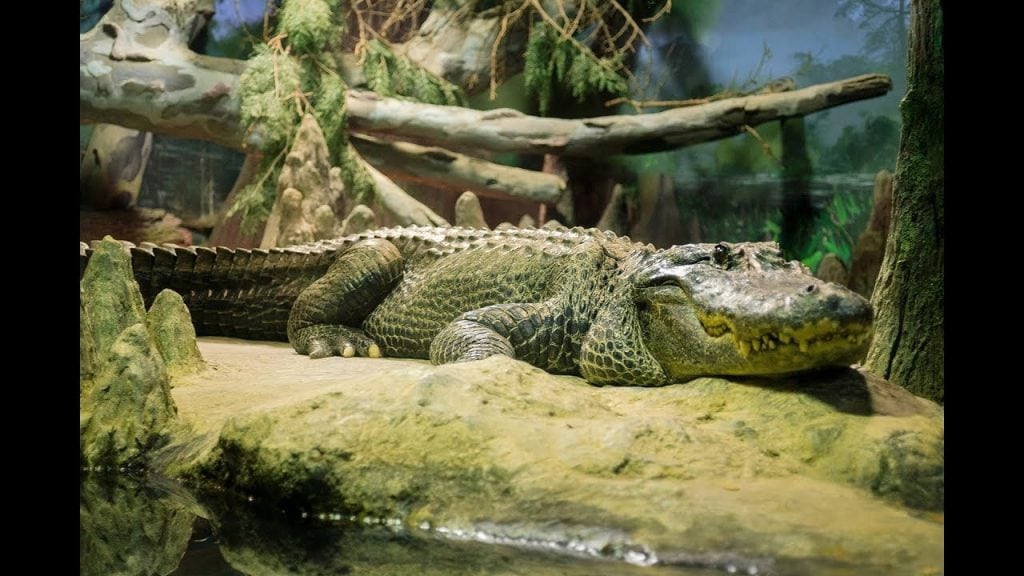 Although he is around the same age as Muja, who claims the title of world’s oldest alligator, Saturn isn’t known for his age, but rather for his alleged ties to Hitler. According to persistent urban legends, Saturn was Hitler’s personal pet alligator. While Saturn’s handlers at his current home at the Moscow Zoo do not believe he was actually Hitler’s pet, there is a strong possibility that Hitler did come across Saturn while the gator was living at the Berlin Zoo.

Saturn was originally born in Mississippi in the United States, but was brought to Germany not long after. He lived at the Berlin Zoo until after World War II. During the war, the Berlin Zoo was destroyed but Saturn was discovered by British soldiers, who gifted the alligator to the Russians in 1946. Since then, Saturn has been one of the most popular attractions at the Moscow Zoo.

Saturn is a very lucky alligator and has narrowly escaped death several times, including almost being hit by a slab of concrete and most recently not eating for nearly a year. 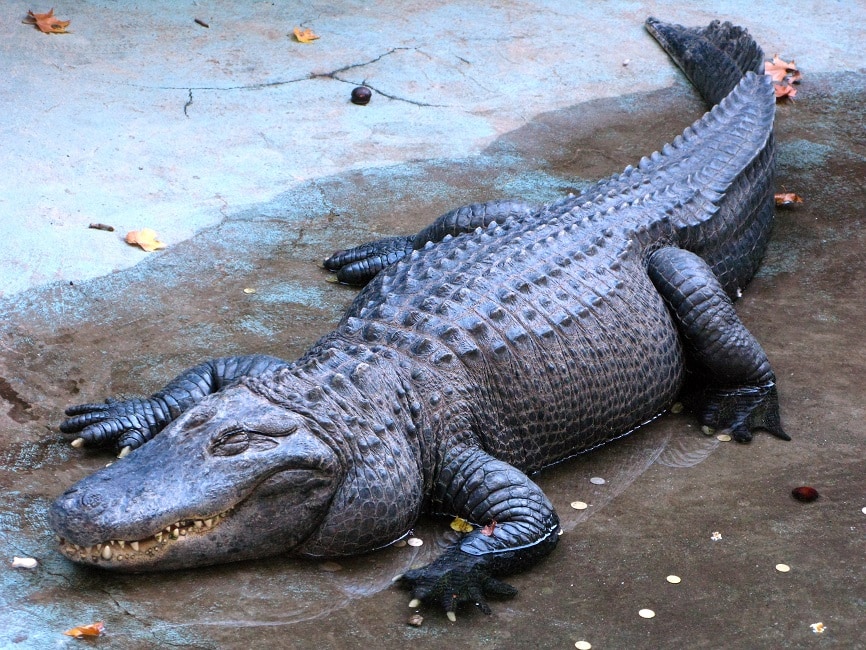 Muja, a male American alligator, is currently the oldest known living alligator in the world at over 83 years of age. No one is sure when exactly Muja was born, but it was sometime before 1937. On August 9th of that year, Muja arrived at the Belgrade Zoo along with another alligator from a German zoo. Muja has lived in the Belgrade Zoo since then and is the zoo’s oldest resident.

For the most part, Muja is still relatively healthy and has a hearty appetite, according to his handlers. Muja’s only health issue was when he contracted gangrene in 2012. His front right claw had to be amputated, but Muja has since recovered.

Muja has been living at the Belgrade Zoo for so long, that he is the only remaining animal from the zoo’s early days and he survived World War II bombings that almost completely destroyed the zoo.