The lifespan of aquarium fish varies greatly depending on the species. Some aquarium fish only live for a few years, while others can live for nearly half a century. Typically, a fish’s lifespan is correlated to its size and most of the fish on this list are from larger fish species. All of the fish on this list have lived beyond expectations and are now the star attraction of their aquarium. 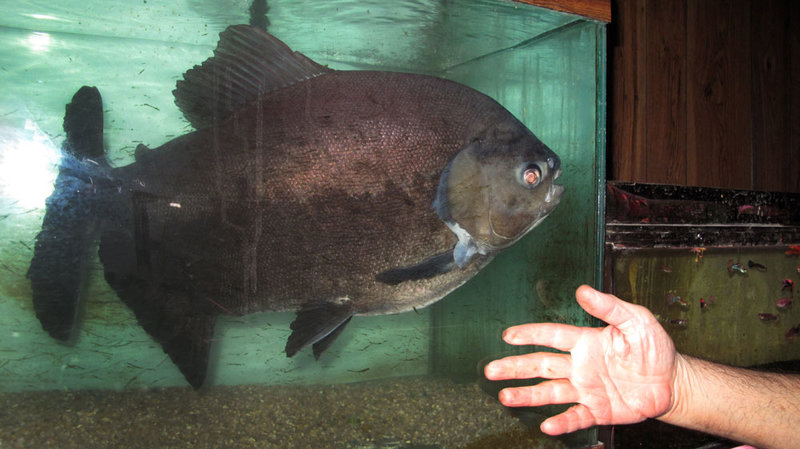 A black pacu with the silly name, Buttkiss, was featured in the news in 2010 for being probably the oldest living fish in New York. Buttkiss lived at the Cameo Pet Shop in Queens and owner Steve Gruebel says that Buttkiss got his name because of his large size – he was about 15 pounds and 22 inches long.

Gruebel got Buttkiss in 1967 and sold him a year later because he had to go fight in the Vietnam War. Buttkiss was returned to Gruebel in late 1970 when he came home. According to Gruebel, Buttkiss lived twice as long as the estimated age for black pacus, which is only 20 years. Buttkiss is a neighborhood icon and locals often come in to see Gruebel feed Buttkiss live goldfish because black pacus, who are related to piranhas, are omnivorous. 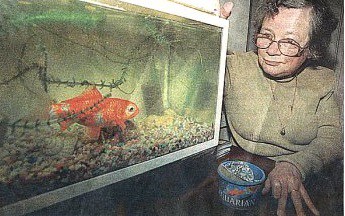 Goldie, who died at the age of 45, holds the record for being the oldest pet gold fish ever. The beloved goldfish belonged to the Evans family of the United Kingdom, who had won Goldie at a fair in 1960. Originally, Goldie belonged to Pauline Evans’ parents and came to live with the Evans family when they died in the 1990s.

Goldie’s longevity made him famous around the world and he was even featured in a short Japanese documentary about his life. So far, no other goldfish in captivity has lived as long as Goldie. 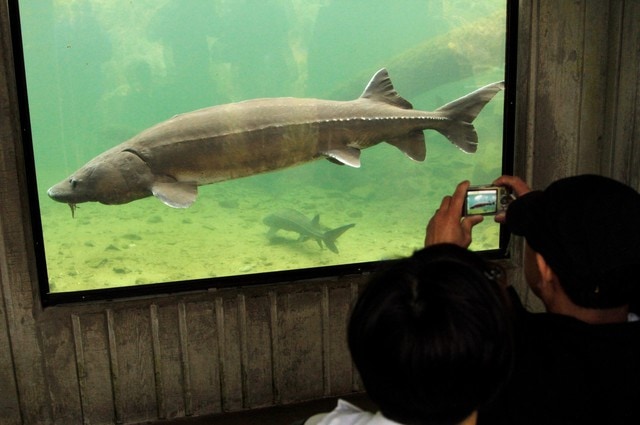 Herman the Sturgeon is so iconic that he’s considered the unofficial mascot of Oregon. Herman lives at the Bonneville Fish Hatchery, who built a special holding facility for Herman and his friends called the Sturgeon Viewing and Interpretive Center – it is one of Oregon’s most visited tourist attraction. Herman is famous enough to have his own Facebook profile, a line of merchandise, and he recently appeared in a music video by rapper Aesop Rock.

Although Herman has lived for eight decades, he has had several brushes with death. Herman has been kidnapped, was severely injured when another group tried to steal him, and he was stabbed multiple times. Fortunately, the viewing center is much safer than the old pond that Herman used to live in at Bonneville and he now spends his days relaxing and enjoying life.

Oldest Age Reached: Unknown for sure estimated to be between 85 – 90
Location/Aquarium:  Steinhart Aquarium at the California Academy of Sciences in San Francisco, California, USA
Time in Captivity:  1938 – Present (80 years)
Species:  Australian Lungfish 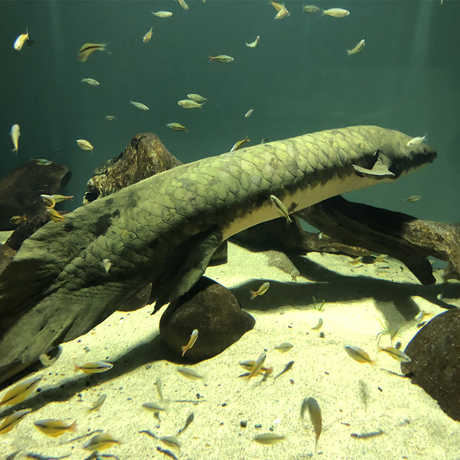 After the death of Granddad last year, Methuselah is now the oldest living aquarium fish in the world. Methuselah came to the California Academy of Sciences in 1938 as a fully grown Australian Lungfish and his age is estimated to be between 85 – 90 years. According to the Steinhart Aquarium, the only way to really determine Methuselahs’ age is to cut him open and obviously that’s not something that the aquarium is going to do

The Steinhart Aquarium also says that as its oldest resident, Methuselah gets a lot of perks, like on-demand belly rubs and being hand-fed figs. If Methuselah lives for a few more years, he will surpass Granddad’s record, who died in his mid-90s. 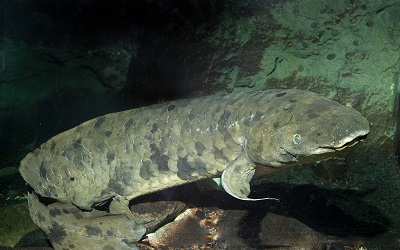 Granddad, an Australian Lungfish at the Shedd Aquarium in Chicago, died at the age of 95, making him the oldest aquarium fish in the world. The Shedd Aquarium received Granddad and other native fishes in 1933 from the Taronga Zoo in Sydney Australia.

Although Shedd isn’t sure how old Granddad was when he came to Chicago, he lived at the aquarium for 84 years and was mostly likely in his mid-90s. According to the Shedd Aquarium, Granddad was seen by over 104 million people and was well loved by the aquarium’s staff and the public. 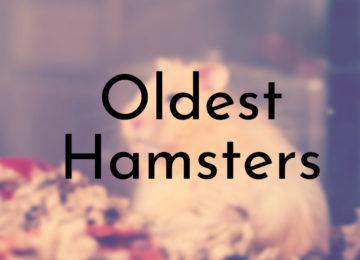 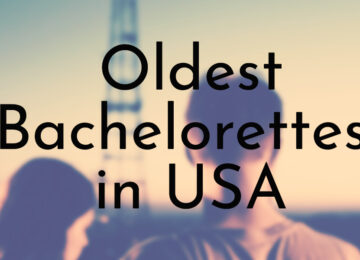 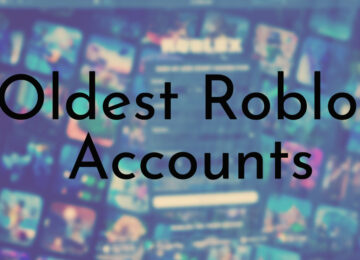 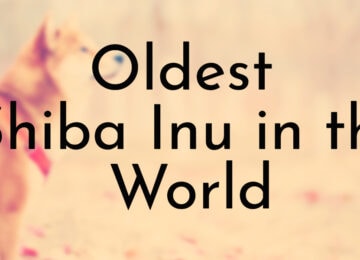