Did you know there are more than 3,000 species of snakes on the planet, found everywhere except for Antarctica, Iceland, Greenland, Ireland, and New Zealand?

Snakes are a type of reptile, which are cold-blooded creatures that rely on their external conditions to regulate their body temperature. They have scales that help them retain moisture in dry climates, and act as protection against abrasion on rough surfaces. Whether venomous or non-venomous, nearly all snakes swallow their food whole after constricting them or by striking with venom – this includes deer and cattle!

There are no other creatures exactly like the snake, which makes them so fascinating. With an average life span of 10-15 years in the wild, we’re about to explore some of the oldest snakes that have ever lived. Let’s get started! 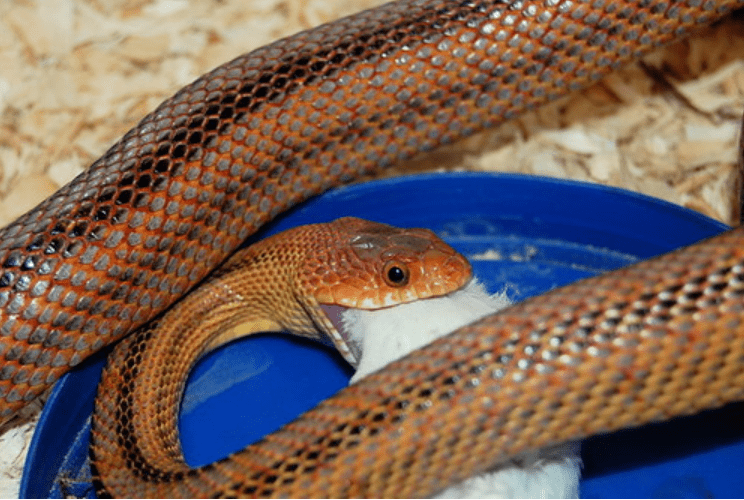 This little gal was far from famous in her day, but she was on the older side for a garter snake!

Owned by snake keeper Jonathon Crowe of Quebec, the Butler’s garter was 10.5 years old in the summer of 2011. Born in 2000, she lived twice as long as other garter snakes that Crowe kept at the time. She lived as long as she did on a diet of mice, which is standard fare for her species. Her owner speculated that, despite the care and attention he gave Butler’s garter, she was part of a litter that was genetically predisposed to longevity.

Garter snakes are one species that does not live long at all. Their average life span is around 4-5 years in the wild, though they do occasionally live up to 10 years in captivity. Though you’d think this might work the other way around, good caretakers can dramatically improve a snake’s quality of life and ensure they are healthy enough for many years of life! 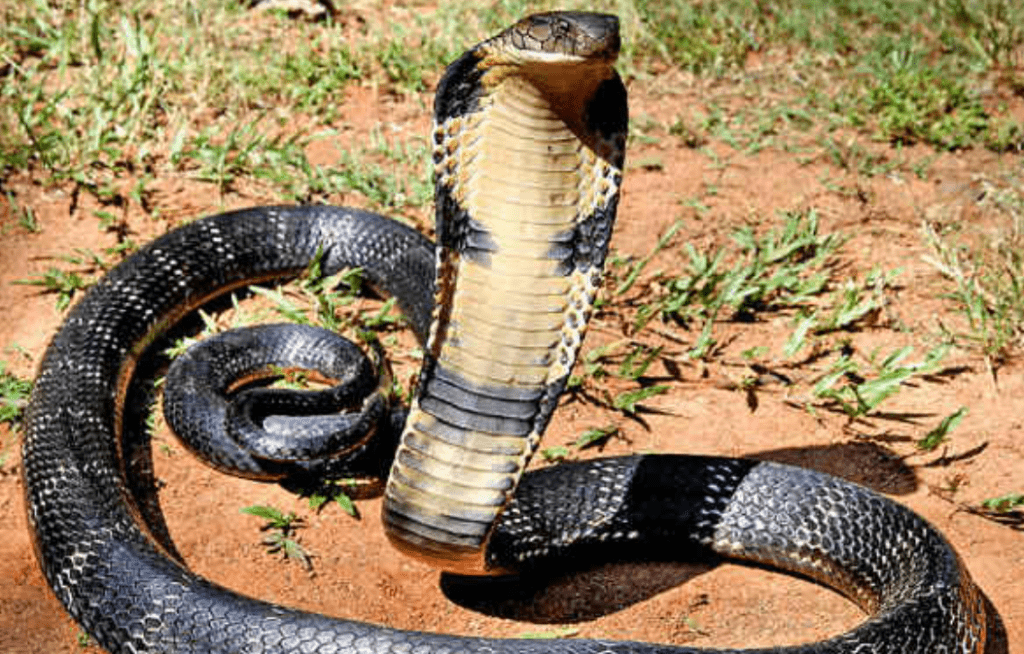 Chennai was a King Cobra, and an inhabitant of the Aringar Anna Zoological Park in India for 12 years. He was 18 years old when he passed away from old age, though he had been unwell for some time before.

Not only was Chennai old for a Cobra, but he was one of the oldest creatures at the zoo and one of the most popular animals in the reptile enclosure. He had previously been partnered with his mate, who died four years earlier.

Chennai had a huge hood and reached a length of 15 feet as a fully-grown adult, making him a fascinating addition to the Indian zoo.

The King Cobra is the world’s longest venomous snake species, and feeds mostly on other snakes. It is considered an endangered species, and is native to the rain forests of the Western Ghats. 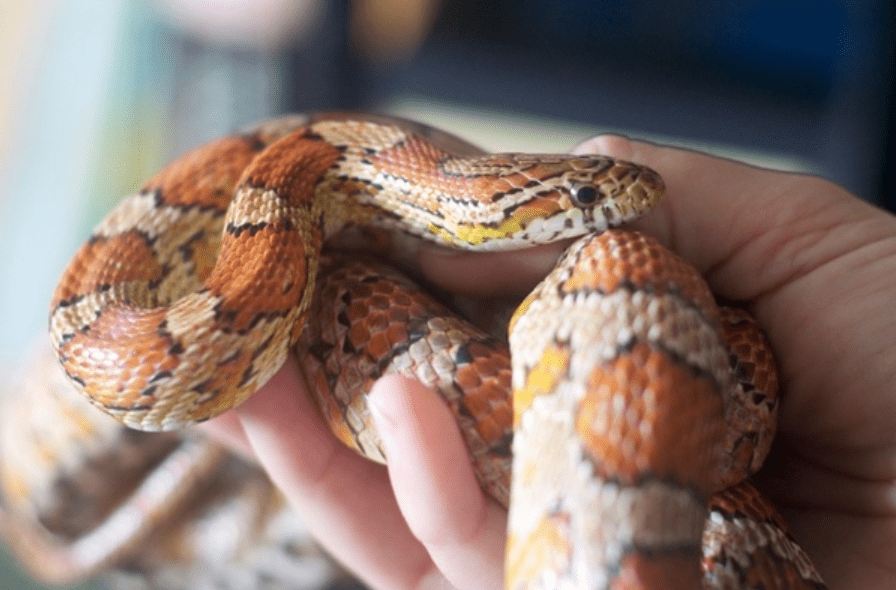 Pretzel belongs to the same Quebec snake keeper we mentioned above, and – assuming she is still living – is a corn snake of an estimated 25 years at this point. Though her Jonathon Crowe’s original blog post about her was written more than a decade ago, he posted new information about her on Quora in 2019, at which point she was still healthy and estimated to be older than 20!

Corn snakes typically only live for 6-8 years, making Pretzel’s age truly remarkable. However, the oldest ever recorded corn snake lived to 32 years of age in captivity.

Corn snakes are not poisonous, but have a very long striking range of about 1/3 to 1/2 of their body length. They are often mistaken for a similar-looking species of snake, the Copperhead, which is venomous. 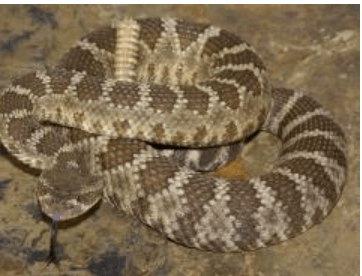 Striker the rattlesnake was a permanent member of the Placer High School’s biology classroom in Auburn, California. In 1982, a student brought Striker to his biology teacher as a baby in a coffee can, and he was an instant and constant class favorite until his death in 2015.

At the time of the original teacher’s retirement, there was much deliberation over what should become of Striker. After contacting wildlife rehabilitators to make the best choice, it was agreed that the snake would remain in captivity for a comfortable life, as he had been out of the wild his whole life.

Most rattlesnakes are born in the late summer (July-September), and then estivate (hibernate) in dens until spring, when the weather conditions are comfortable for them. This fact played a major role in determining Striker’s age. 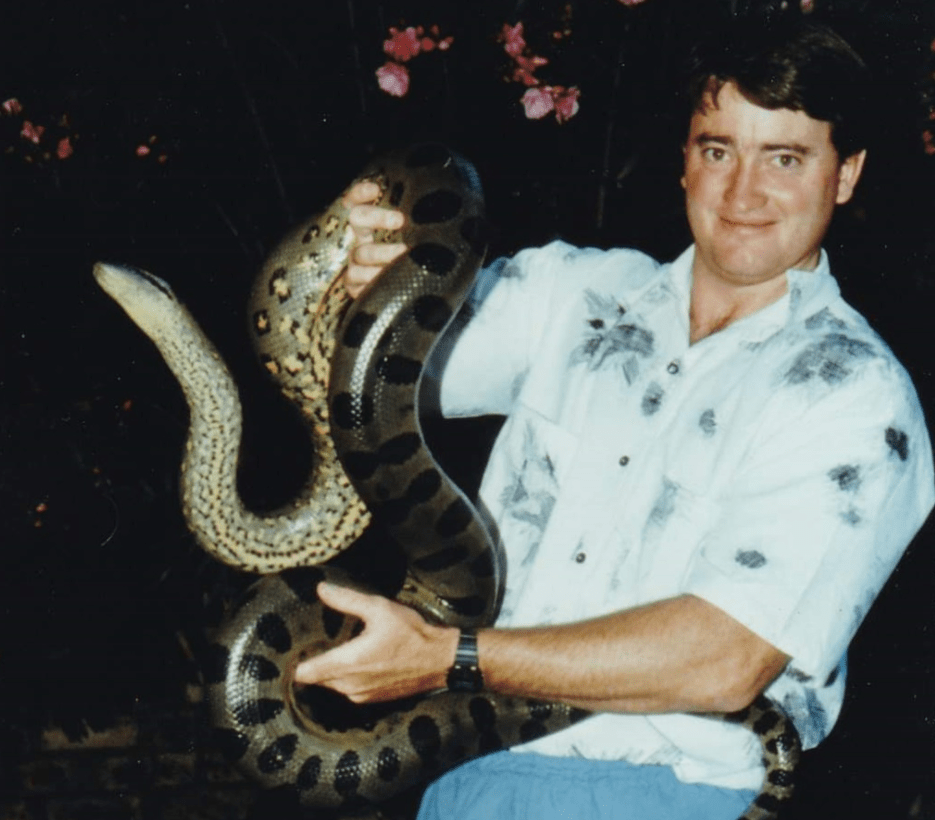 When you hear the name “Annie,” the last thing that probably pops into your head is a 13-foot snake. Nevertheless, Annie the Anaconda fits the bill with her “sweet” and “kind-natured” temperament!

Raised by Paul Swires in South Africa, Annie has been around for 38 years, and has officially entered Guinness Book of World Record territory for oldest snake alive in captivity.

Weighing in at 88 lbs., Annie seems quite big, but is actually on the smaller size for a female anaconda, which can weigh up to 550 lbs.!

Anaconda snakes are a type of boa, though they are even thicker and wider than the classic Boa Constrictor. Outliers for this fact in the animal kingdom, female anacondas weigh significantly more than their male counterparts. The largest ever recorded female anaconda was 28 feet long with a girth of 44 inches. Scientists estimated that she was well over 500 lbs. 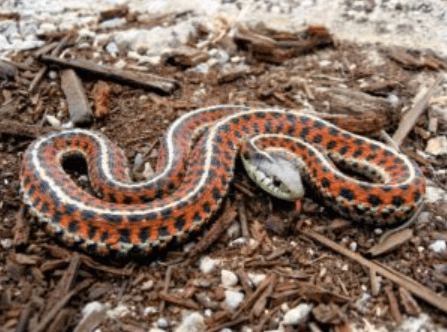 Popeye the snake lived at the Philadelphia Zoo until his death in 1977 at age 40. He appeared in the Guinness Book of World Records in 2001.

Not much is known about Popeye, though he was unusually old for a boa when he passed. On average, boas in captivity live between 25-30 years; however, with proper animal husbandry, lifespan can significantly increase. Popeye is direct proof of this!

Boas grow consistently throughout their lives, and can reach lengths of about 13 feet long. Because boas continue to grow with age, Popeye was presumably this long at the time of his death, though his exact dimensions are unrecorded.

The average boa constrictor’s diet consists of mice, rats, lizards, and birds, though they can also eat larger mammals such as possums, squirrels, and mongooses! 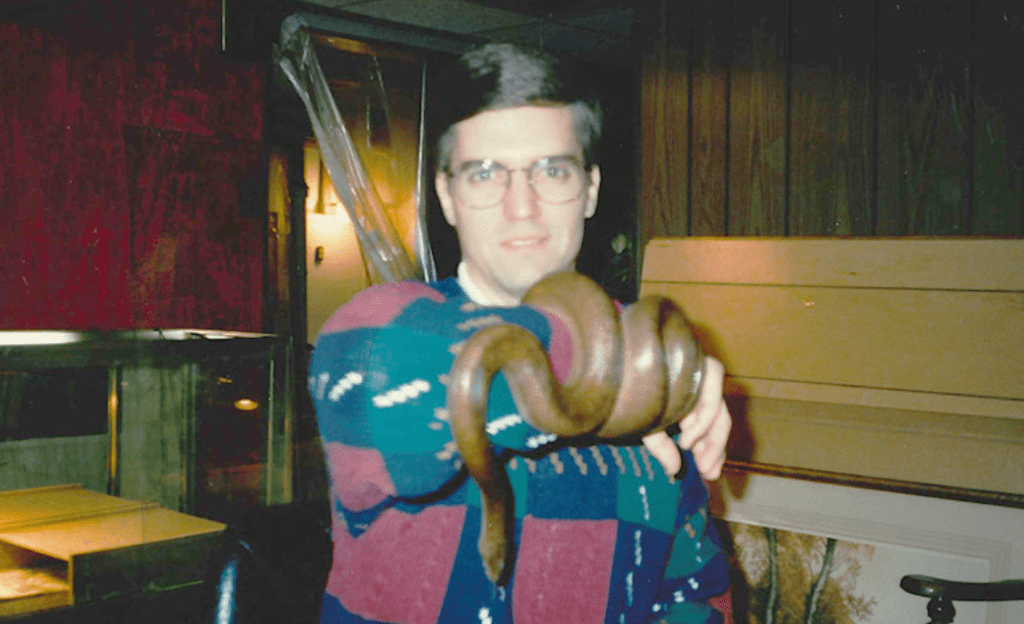 Ben, a Columbian rainbow boa, was recorded in the Guinness Book of World Records as the oldest snake in captivity ever. At 42 years of age, he passed away in 2016 in Valdosta, Georgia.

Dennis and Andrew Hatterman, along with their families, purchased Ben from Pet World in Peoria, IL in 1974 and cared for him throughout his life. He was considered to be extremely old at the time of death, as most snakes don’t live beyond 30 or so years of age.

The average rainbow boa lives up to around 20 years old. In the wild, they are typically found in rivers and drainage areas in Central and South America, namely in southern Venezuela, Guyana, and Surinam. 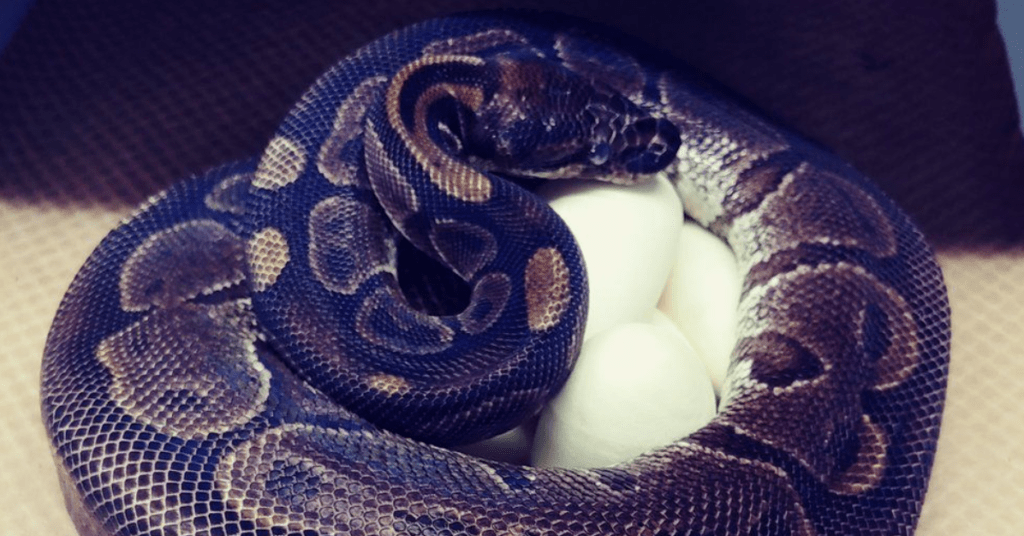 A female ball python in the St. Louis Zoo is presumably the oldest known snake in existence, and is still alive today.

As an added twist, this snake is still laying fertile eggs – and doing it without male help or mating for the last 15 years!

This python surpasses the age of any other known snake in captivity at a whopping 62 years old. Her latest clutch of eggs is currently being stored in an incubator for examination upon hatching.

The zoo is using genetic testing to determine whether the eggs were produced asexually, which sometimes occurs in reptiles such as ball pythons, rattlesnakes, and Komodo dragons.

The term “ball python” comes from the way these snakes curl up when defensive, with their head toward the center of the ball when threatened. They are often docile and good-tempered when trained in captivity, and can even make good pets!