Horses have been used for transportation, companionship, and sport for thousands of years. As human beings developed into the dominant species on earth, horses adapted to become an indispensable part of human society. Horses do not only provide food, water and shelter but also transportation, sport, hunting and possibly as a companion.

Horses have been domesticated for thousands of years, and there are over 32 different breeds. The oldest horse breeds are not just the oldest in terms of time.

They have different features and characteristics. These horses have been around for a longer period than other breeds, and they have their own personalities too.

Horses have been around on this planet since the beginning of time. Even though they are so old, they still continue to be a beneficial part of our lives today.. This article will talk a little bit about the history of the oldest horses in the world and how they contributed to many aspects of human culture. 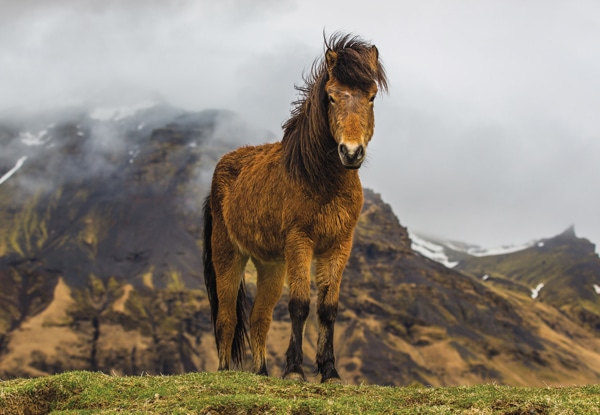 From the time of the Vikings, Icelandic horses have been used for riding, driving, and pulling. They are renowned for their strength, docility, and intelligence.

The Icelandic horse has been used in Iceland since the 9th century. It was originally used as a pack animal. However, it became more popular for riding around the country when horses were introduced from England in the 16th century.

The Icelandic horse has been used for centuries for both transportation and agricultural purposes, including plowing and pulling wagons.

Today, Icelandic horses can be found at both tourist sites and farms across Iceland. They are used in the farming and tourism industries, such as guiding tourists through scenic areas of the country or transporting goods between farms and towns.

The Icelandic horses are the only breed of horse in Iceland. 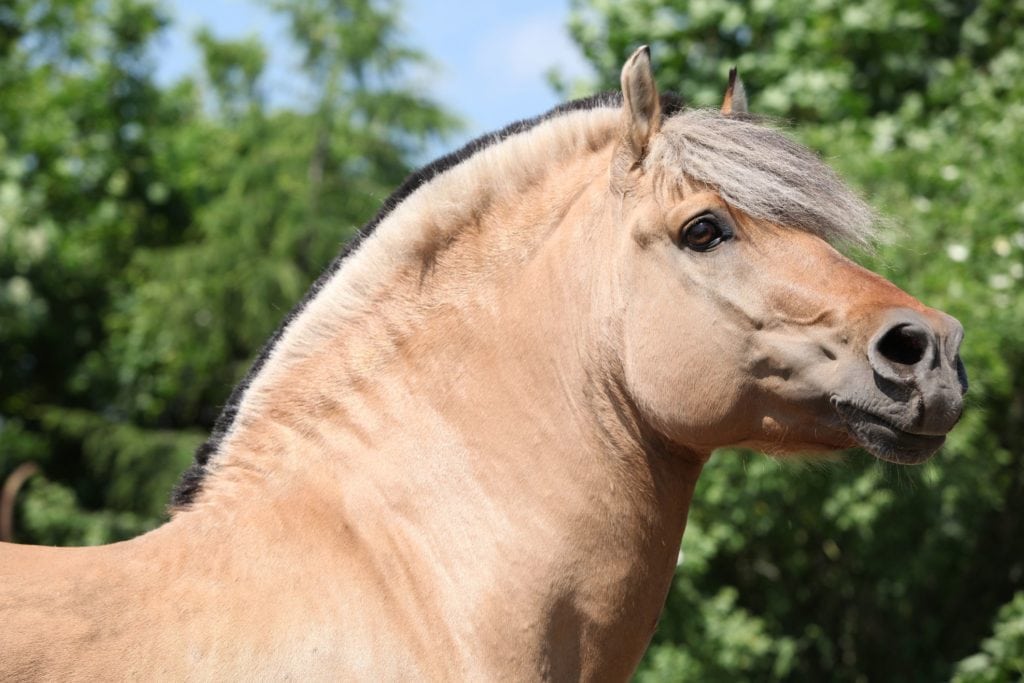 Norwegian Fjord horses are a type of horse that is native to Norway. It has been used for centuries as a working horse, but it has also become one of the country’s most beloved breeds. The Norwegian Fjord Horse is known for its gentle temperament and versatility, with a strong and steady build that allows it to work in many environments.

Norwegian Fjord Horses have been used as pack animals since ancient times. They can carry up to 200 pounds over long distances without tiring out or developing lameness. They are also known for their endurance during long-distance races, where they compete against other horses using their speed and endurance.

The Norwegian Fjord Horse is considered one of the best riding horses in the world due to its smooth gaits, calm demeanor, and ability to keep up with jockeys without being outpaced by them.

There are very few Fjord horses with white markings. 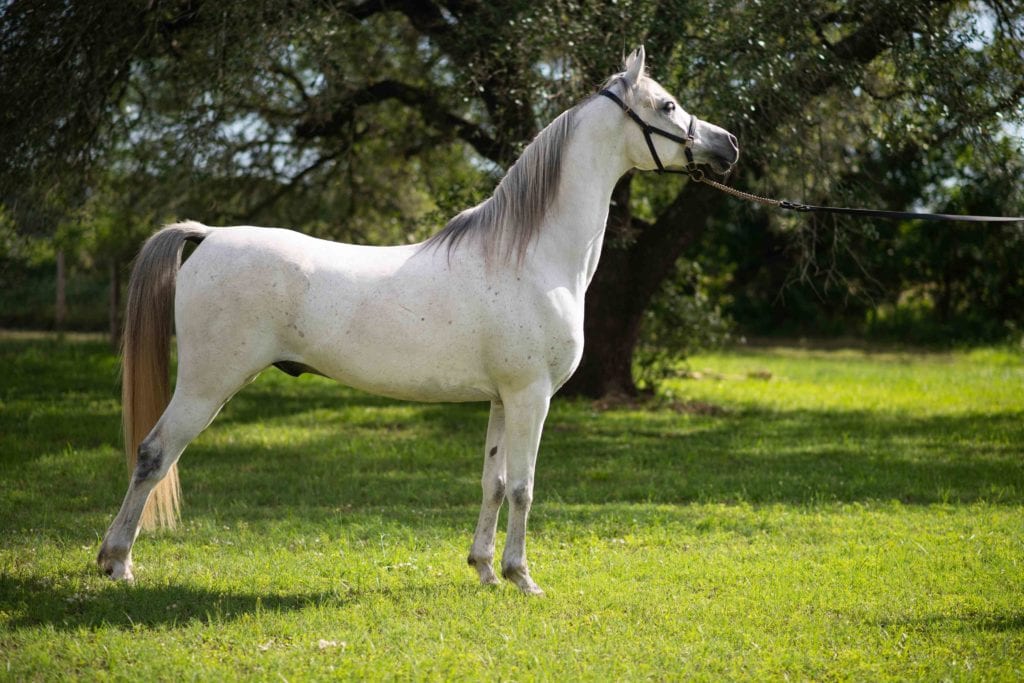 Arabian horses are one of the most popular breeds in the world. They have been used for centuries as a means of transportation, and they continue to be used by many people today.

They have been used for centuries in the Arabian Peninsula for their strength, speed, and stamina. Arabian horses have also been used in warfare since ancient times.

Arabian horses are known for their thick tails and long necks. Because of this, they were used as a mode of transportation in ancient times because they could carry large loads over long distances easily. They were also used as a source of food by nomadic tribes living in the Arabian Peninsula.

Today, Arabian horses are still used as a mode of transportation by some people who live in Saudi Arabia and Kuwait. They can also be seen on farms where they are used as beasts of burden to pull plows or carts filled with crops such as wheat or barley.

Several Arabians are missing one vertebrae on either parts of their backs, tails and ribs. 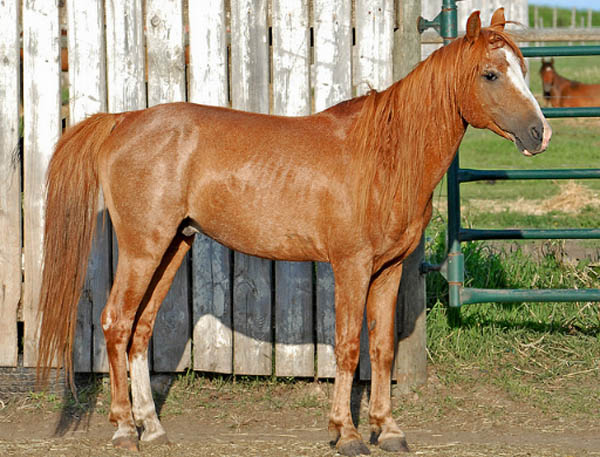 The Caspian Horse is the oldest breed of horse in the world. Caspian horses are native to the Middle East and belong to the horse family.

They are also known as moulek, pouseki horses, or Caspians. The trotting, small-headed nature of these animals is a characteristic of their breed that has made them sought-after all over the world.

The Iranian aristocrat Narcy Firouz and his American-born wife, Louise Laylin Firouz, are responsible for the Caspian horse’s survival. In 1957, Narcy and Louise moved to Iran to live and teach horsemanship in Tehran. Finding small, tranquil mounts for the kids they taught was one of the challenges they faced.

This prompted them to investigate reports of tiny horses being present in the isolated Elburz villages above the Caspian Sea.

They conducted an expedition to this area in 1965 and found that the claims were accurate. There were, in fact, a few unique and little horses. The two created a breeding facility for the breed’s preservation. It was Louis who named the breed Caspian.

Due to their grace and exceptional leaping skills, these horses make excellent child mounts. They work well at driving horses as well. The Caspian is quite easily identified. Despite being small, it has proportions more akin to a horse than a pony. The breed’s characteristics include a high croup, a vaulted brow, small legs, and a dense coat.

Caspians come in any color, with the exception of piebald and skewbald (pinto). When mature, gray individuals will go through a variety of roan shades before fading to nearly white.

In the past, it was thought that the Caspian breed had vanished from existence over a millennium.