People have been building canals since the earliest civilizations were formed in Mesopotamia. These early canals were used for irrigation and over time people started building larger canals to use for transportation. While these ancient canals no longer exist, the canals on this list have been in operation hundreds of years. Some of these canals still used to transport goods, while others are now only tourist attractions or historical sites. 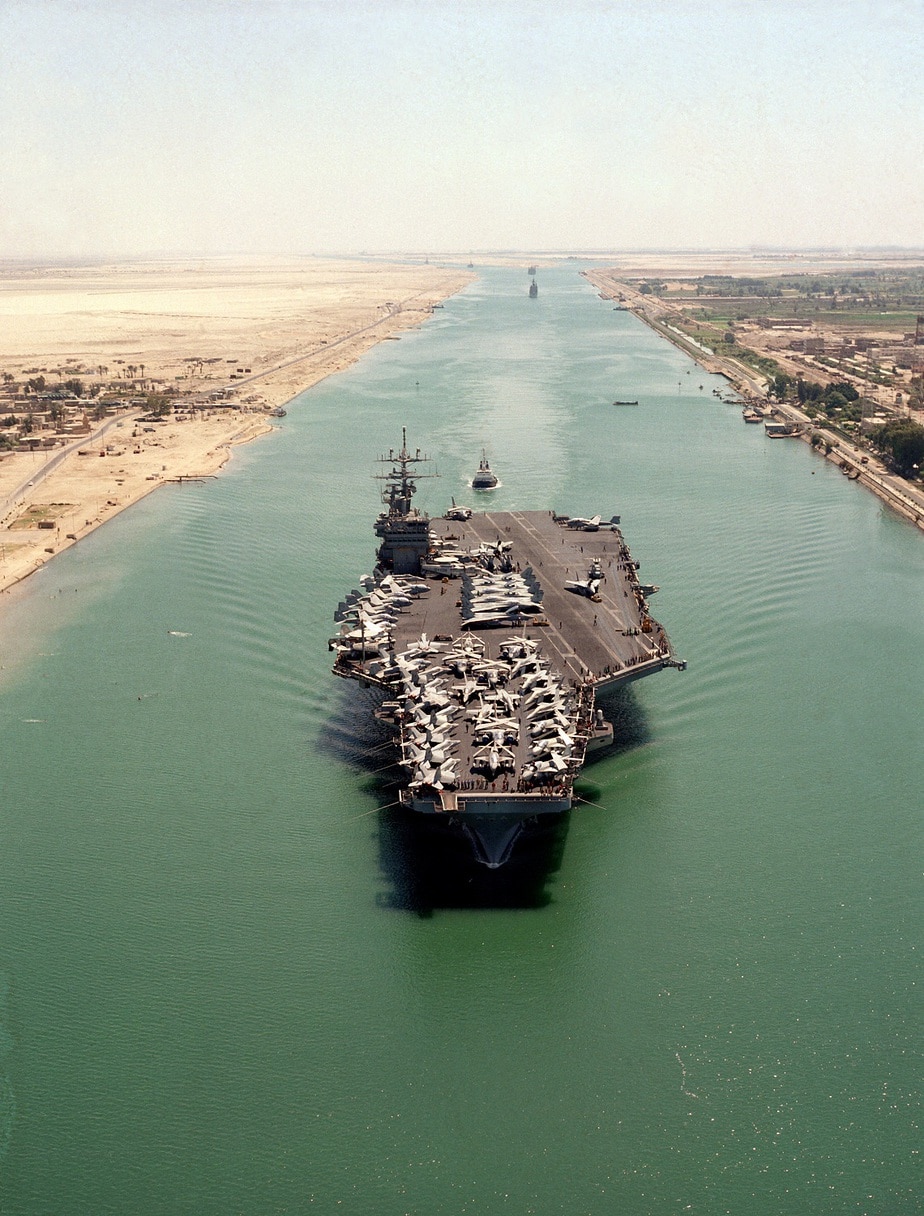 Built in the mid-19th century, the Suez Canal is still one of the most important waterways in the world. The Suez Canal actually traces its origins back to Ancient Egypt and it was the first canal to directly link the Mediterranean Sea to the Red Sea. The canal was rebuilt several times before the modern permanent canal was constructed.

The Suez Canal is important because it enables a more direct route for shipping between Europe and Asia, effectively allowing for passage from the North Atlantic to the Indian Ocean without having to circumnavigate the African continent. Unfortunately, as such a vital route for international trade, control of the Suez Canal has been fought over since it opened in 1869.

French sculptor Frédéric-Auguste Bartholdi, who sculpted the Statue of Liberty, originally tried to build his sculpture called “Egypt Bringing Light to Asia” at the Mediterranean entrance of the Suez Canal. 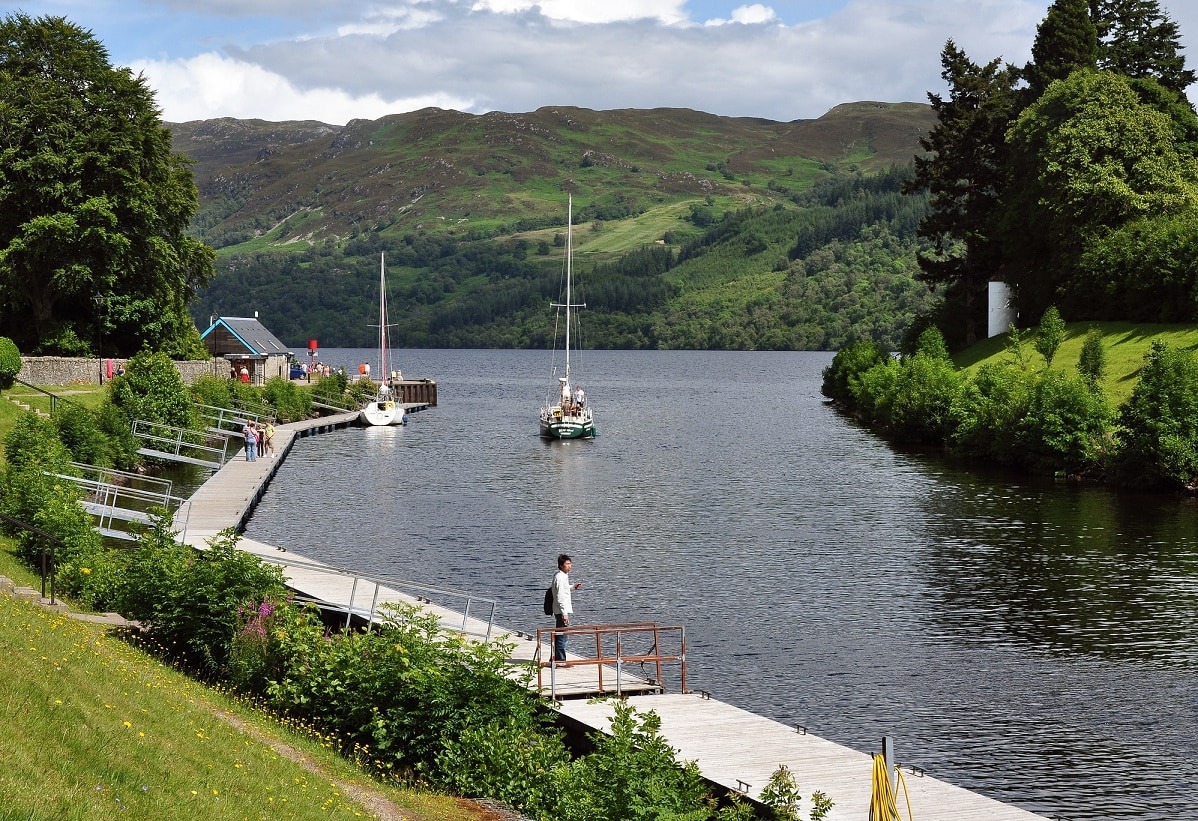 Queen Victoria’s trip along the Caledonian Canal in 1873 helped to popularize the canal and increased visitors to the area. 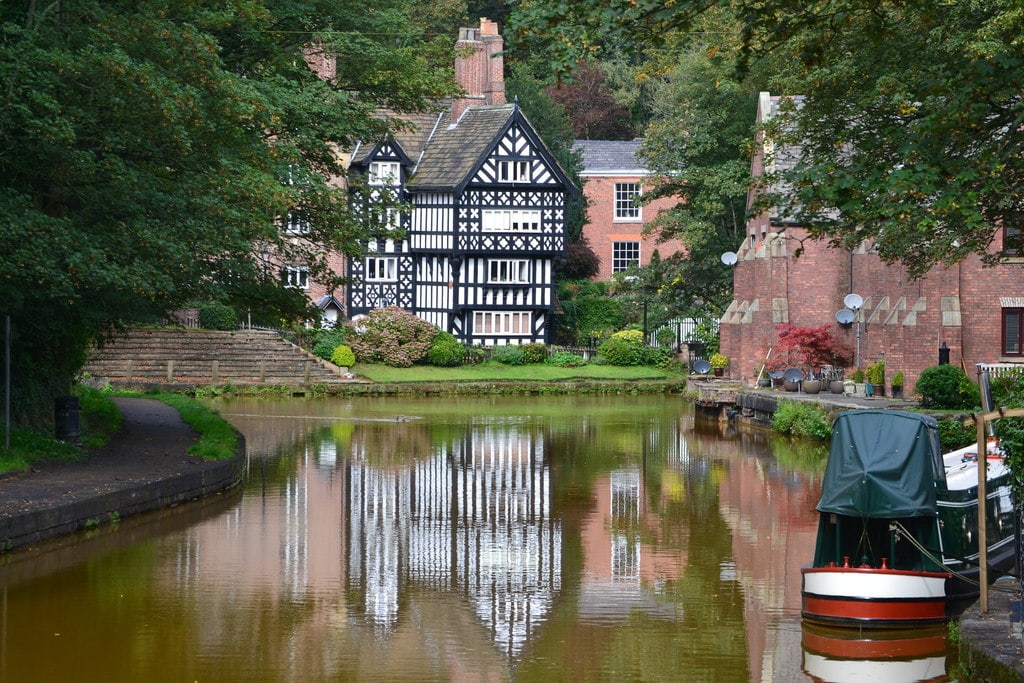 The Bridgewater Canal is often considered the first true canal ever built in England. The canal was commissioned by (and named for) Francis Egerton, 3rd Duke of Bridgewater, to transport coal from his mines in Worsley to Manchester. Bridgewater Canal was the first canal in country to be built without following an existing waterway and served as the template for later canals. Like most of the other canals on this list, the Bridgewater Canal no longer serves as a route for transporting goods, but is mostly just used for recreation. Although Bridewater Canal is important to British history, it is one of the few canals that has not been nationalized and is still privately owned.

The success of the Bridgewater Canal’s construction sparked a period of intense canal building in Britain, called Canal Mania. 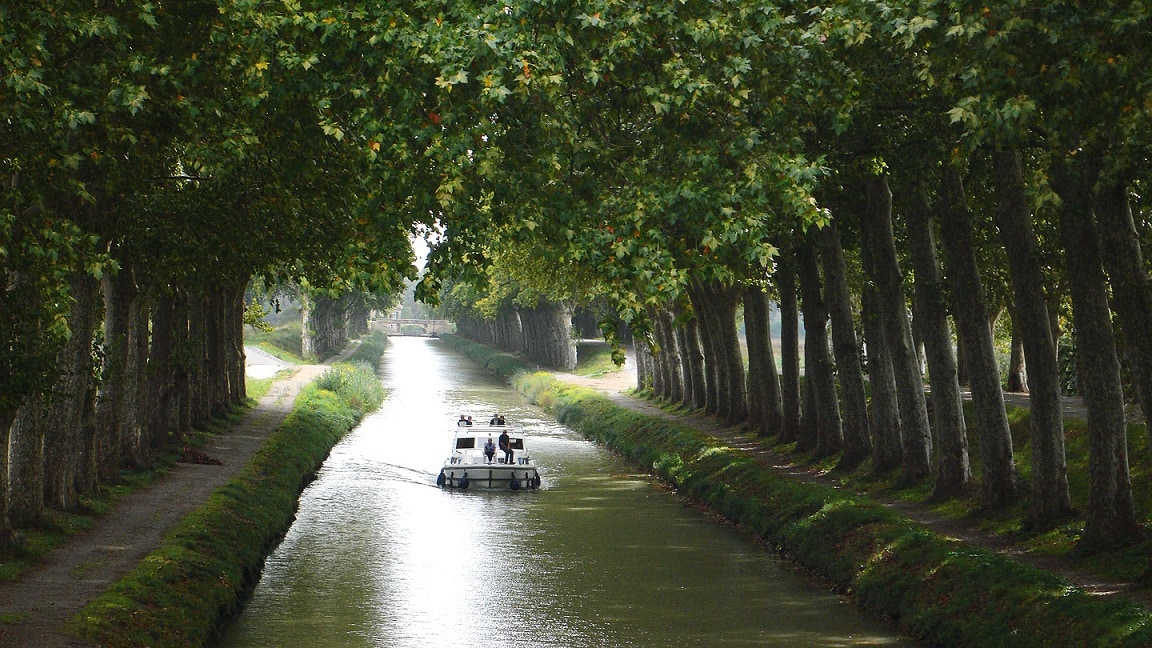 The Canal du Midi is heralded as one of the greatest feats of engineering in the 17th century. For several centuries, a canal was proposed between the Atlantic Ocean and the Mediterranean Sea. Various leaders, including Augustus, Nero, Charlemagne, François I, Charles IX, and Henry IV dreamt of building a canal in the area and while many projects were started, none of them came to fruition until the Canal du Midi was built. While the Canal du Midi is no longer a major transportation route, it is still used for recreation, tourism, and irrigation. 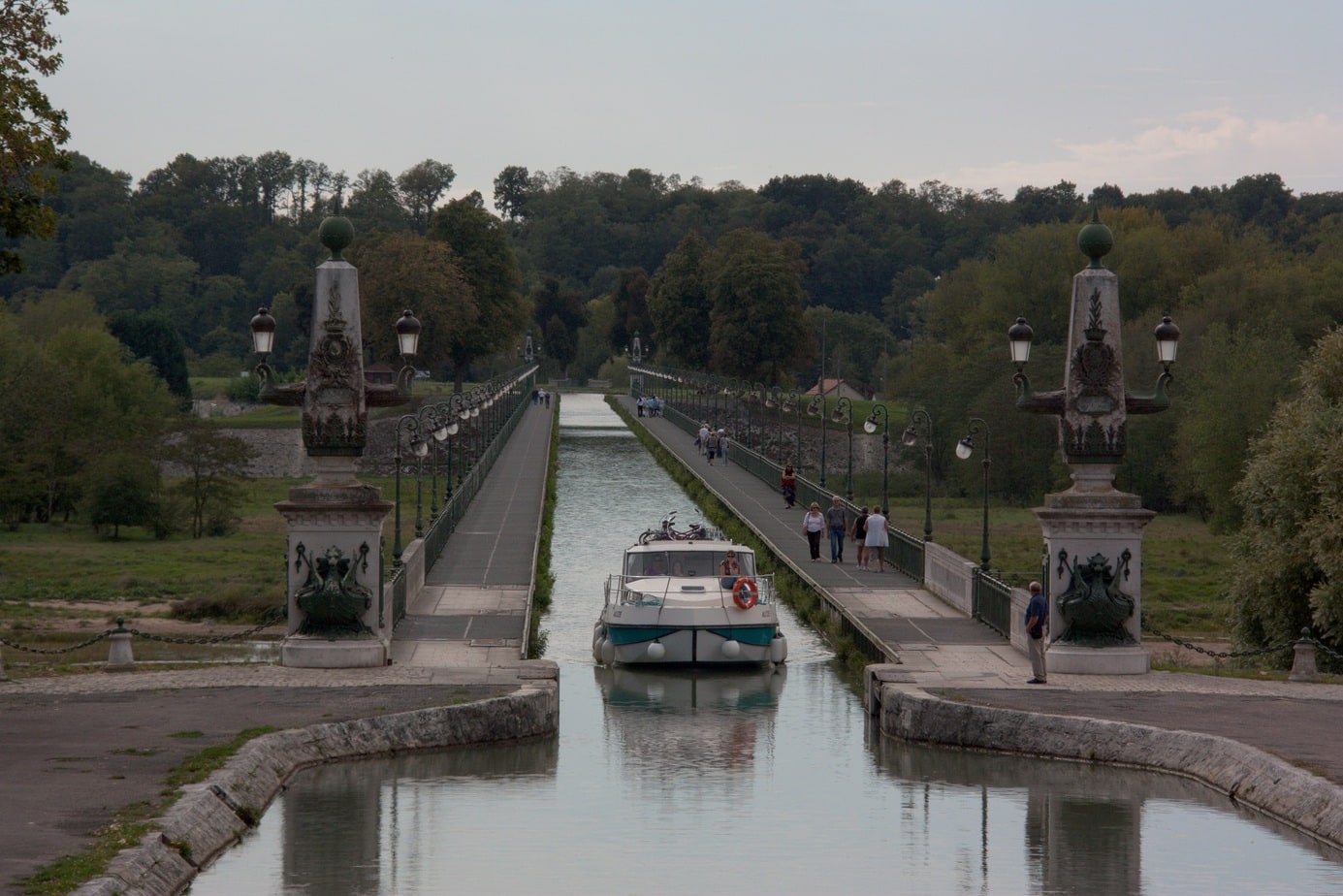 Although many goods were transported along the Briare Canal, in the 18th century, more than 500 wine barges traveled along the canal carrying wines from the Auvergne, Mâcon, Beaujolais, Sancerre, and Languedoc regions. 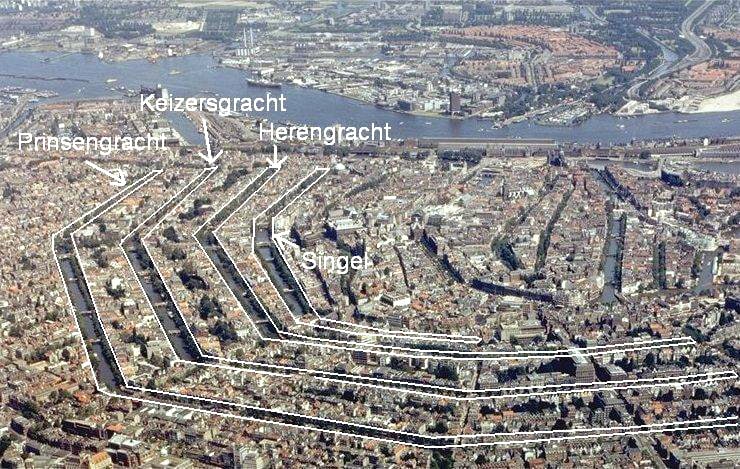 photo source: Wikimedia Commons via Amsterdam Municipal Department for the Preservation and Restoration of Historic Buildings and Sites (bMA)

While the Singel dates all the way back to the 15th century, Amsterdam’s famous Canal Ring (Grachtengordel) was born during the Dutch Golden Age of the 17th century. Along with the Singel, the main canals of the ring are Herengracht, Keizersgracht, and Prinsengracht. It took over 50 years to build these three canals and the project was completed around 1660. The Canal Ring made Amsterdam four times larger than it was originally and the Canal Ring is one of the most navigable waterway in the world. In total, the Canal Ring covers an area of 160 hectares and a total length of 8.7 miles (14 km).

The Canal Ring is a UNESCO Heritage Site and also houses over 1,000 other monuments, including the Anne Frank House. 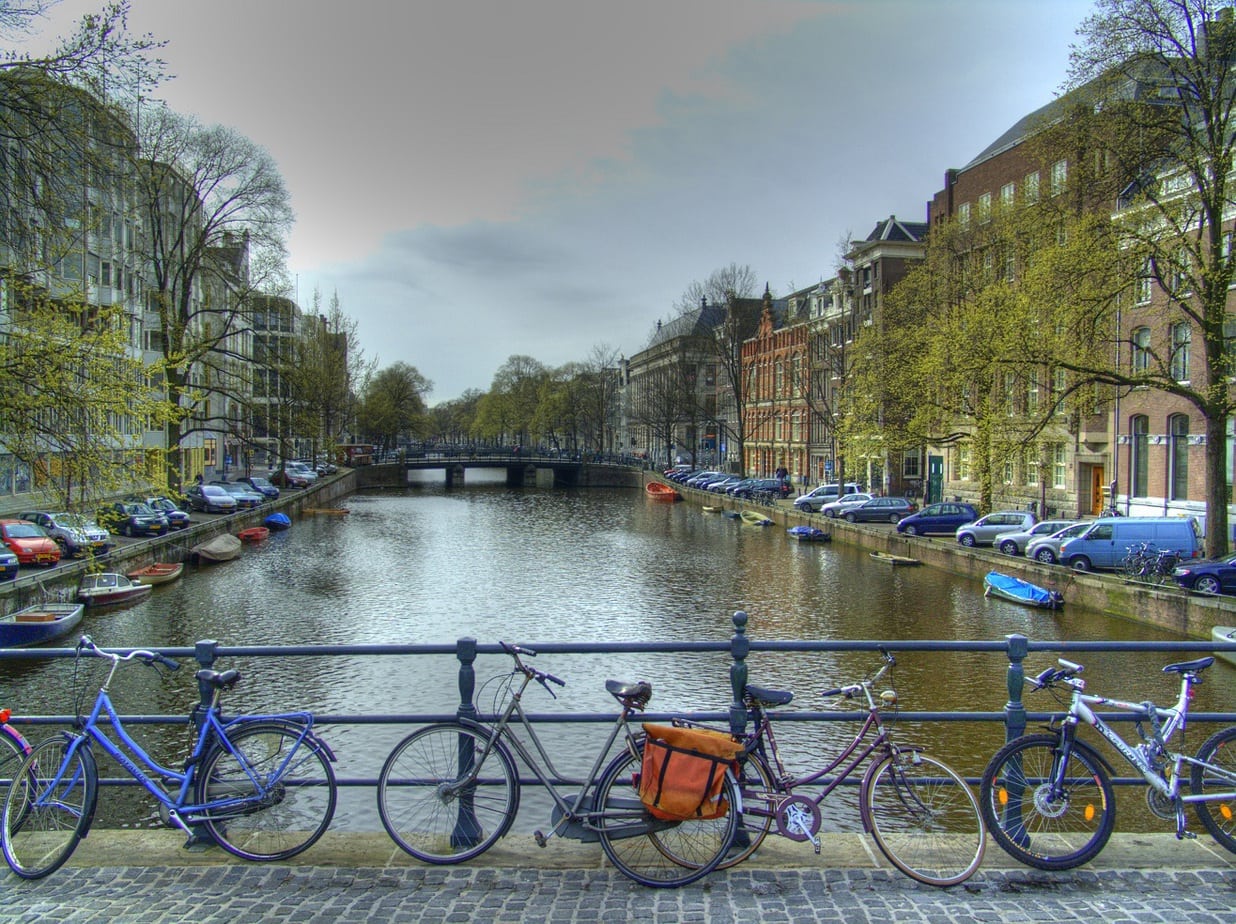 Singel is the oldest of Amsterdam’s main canals and dates back to the 15th century. The canal was originally a moat that surrounded the entire city before Amsterdam began to expand beyond the Singel. As the innermost canal in Amsterdam’s semicircular ring of canals, Singel is very small at only 1 mile (1.6 km) long. Although Singel is pretty short, there are about 280 listed/notable buildings along the canal.

There are 11 bridges that cross over the Singel, including Torensluis which is the widest bridge in Amsterdam. 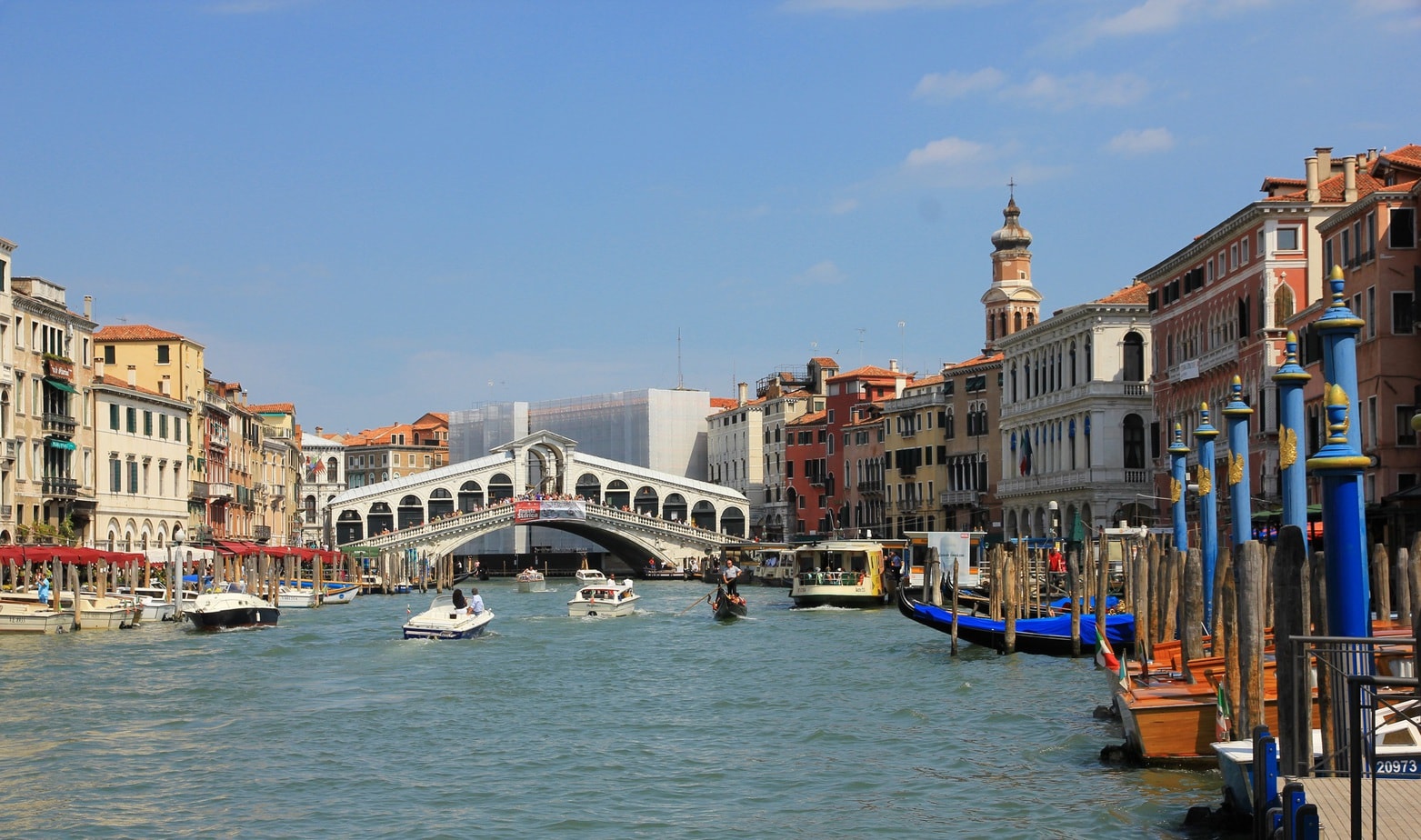 Each year on the first Sunday of September, the Historical Regatta takes place on the Grand Canal, which pays tribute to when the Queen of Cyprus Catherine Cornaro arrived in Venice in 1489 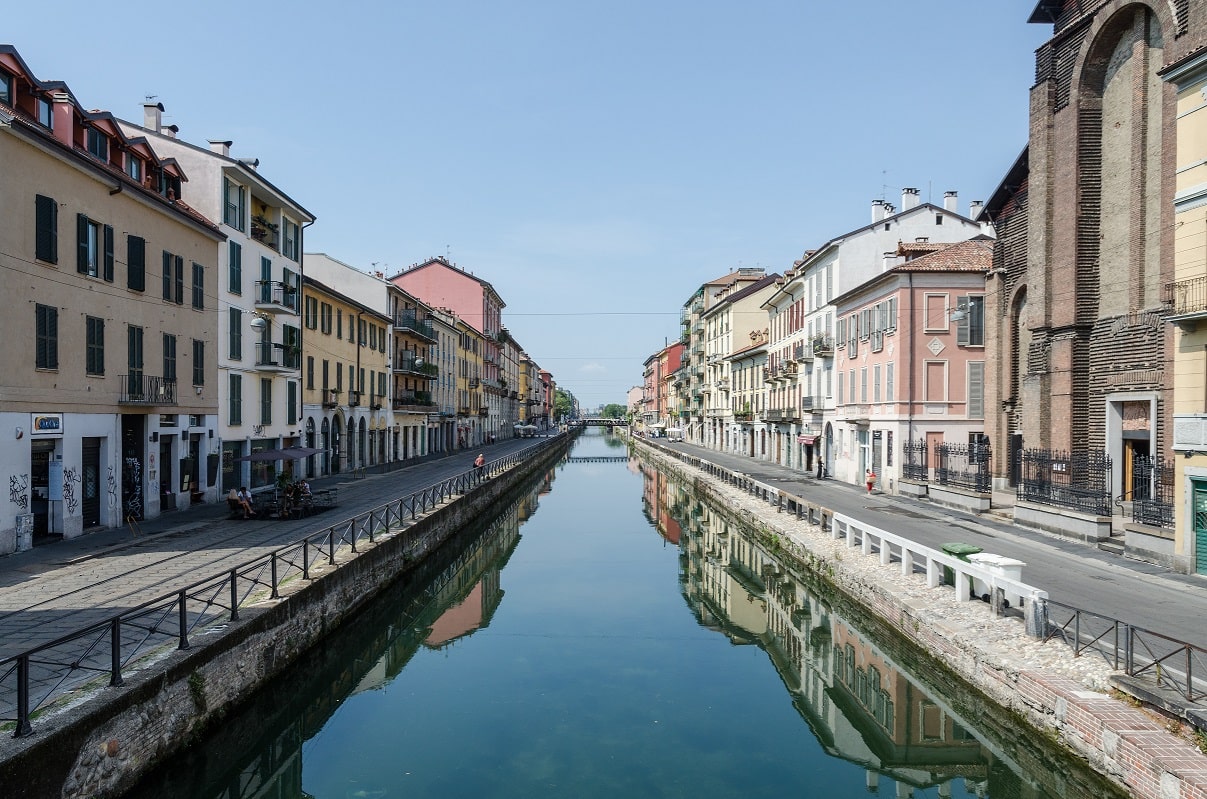 During the late 14th century, the Naviglio Grande was used to transport stone and marble for building the famous Duomo (Milan Cathedral).

In the past when the Grand Canal served as the main transportation route between northern and southern China, more than 8,000 boats transported four to six million dan (240,000–360,000 metric tons) of grain each year.

Posted by Shasha Neil 0
Spread the loveState capitol buildings are landmarks of every capital city across the United States. Many of the current state…

Posted by Shasha Neil 0
Spread the loveThe history of hotels can be a little hard to trace, since people have needed lodgings for as…

Posted by Shasha Neil 0
Spread the loveNearly all of the oldest hotels in Spain did not originally start out as lodging for travelers. Most…

Posted by Lauren Johnson 0
Spread the loveOver the past several decades, the United States has become infamous for its large and notorious prison system…