Some of the first structures built by ancient civilizations were tombs and temples used for religious ceremonies. Several of the oldest known temples in the world were built over 5,000 years ago in what is now the island nation of Malta. Although these Malta temples are quite old, the oldest temple in the world predates them by over 6,000 years and is also older than the first civilizations that formed in ancient Mesopotamia. These temples are so important to our understanding of humanity’s earliest societies that nearly all of them have been designated as UNESCO World Heritage Sites. 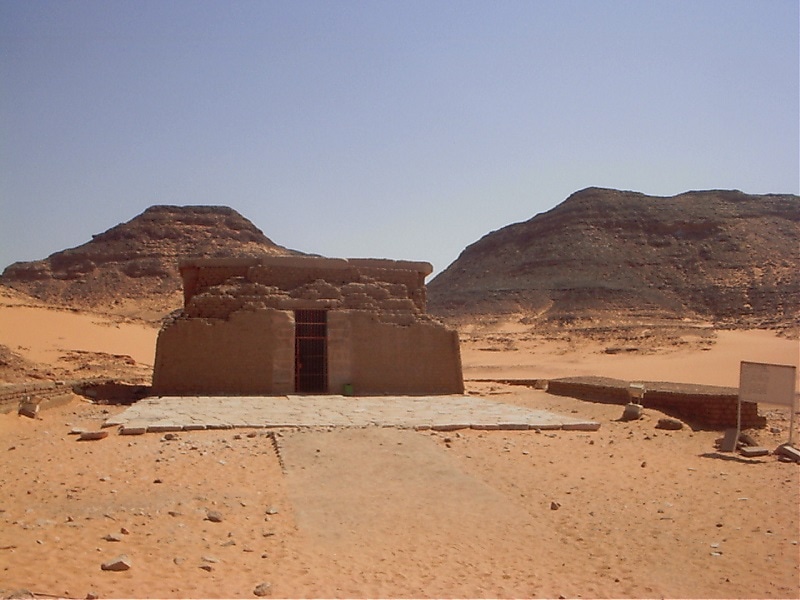 The Temple of Amada is the oldest Egyptian temple ever found in Nubia. It was first built by Pharoh Thutmose III of the 18th dynasty sometime around 1500 BCE – he dedicated the temple to the Egyptian diety Amun and Re-Horakhty. After Thutmose’s death, his son Amenhotep II continued the temple’s construction and improved its decorations.

Inside of the temple are well-preserved, finely cut, and colorful reliefs depicting Thutmose III and Amenhotep II being embraced by various Egyptian gods. The temple, along with several other ancient monuments, was relocated in the 1960s when the Egyptian government decided to construct the Aswan High Dam. It was moved near its original location to higher ground where it would be safe from rising water. 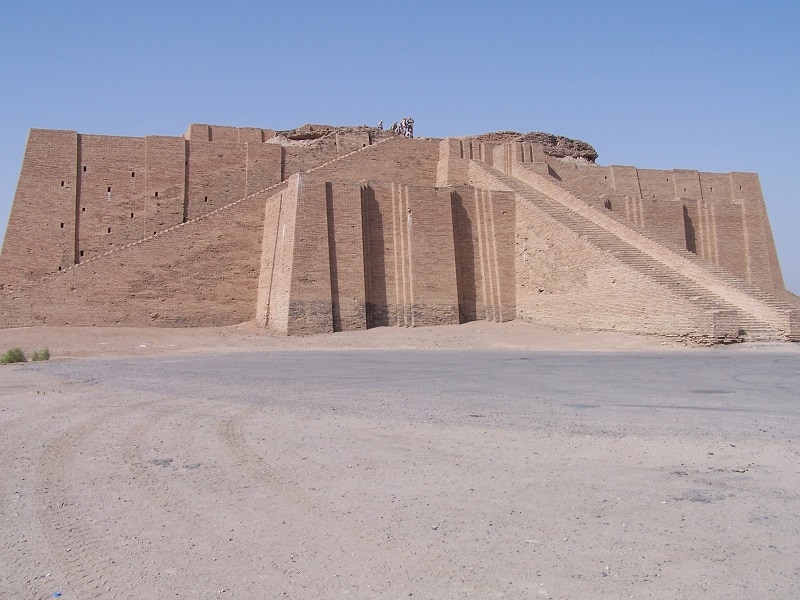 The great Ziggurat of Ur is one of the oldest and best preseved ziggurats (stepped pyramid) from ancient Mesopotamia. It was located in the city of Ur, an important Sumerian city-state, and was built by King Ur-Nammu in honor of Nanna (also called Sin), the Sumerian diety of the moon. Although the temple is massive (64 m in length, 46 m in width, and 30 m in height), it may have been much taller in the past because only the foundations have survived.

The Sumerians believed that Nanna chose the ziggurat at Ur as the god’s earthly home and placed a small shrine on the structure’s summit. The site was extensively excavated in the the 1920s and restored in the 1980s by former Iraqi president Saddam Hussein. 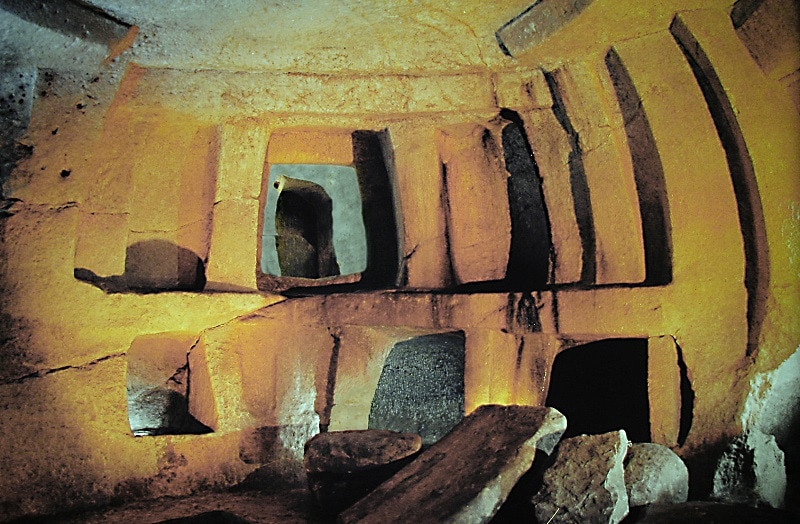 The Ħal-Saflieni Hypogeum is the oldest underground temple in the world. It is one of several Megalithic Temples found on the the island of Malta that date back over 5,000 years ago. The Hypogeum is thought to have been used as a temple, sanctuary, and necropolis – some of the earliest remains found at the site were dated around 4000 BCE.

In addition to being one of the oldest temples in the world, the Hypogeum is one of the best preserved. Archaeologists believed that the Hypogeum was used until 2500 BCE and it wasn’t rediscovered until 1902. It was declared a UNESCO World Heritage Site in 1980 and was restored over mid-2016 to early 2017. 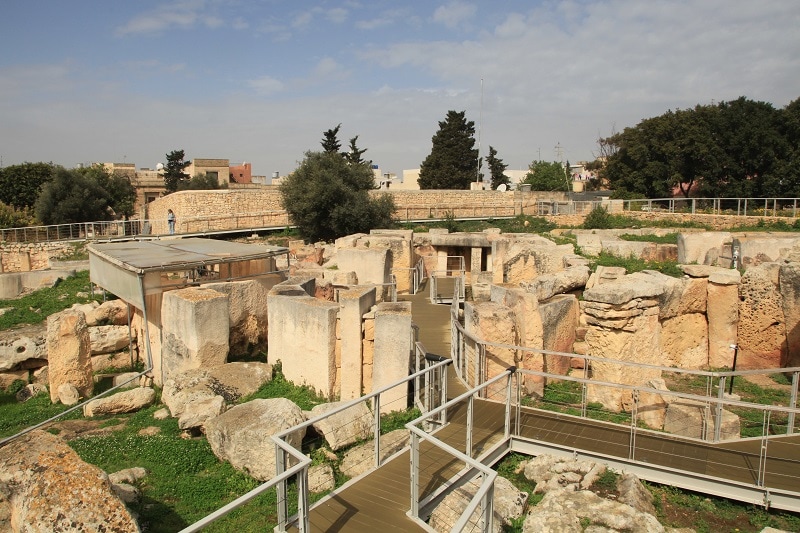 The Tarxien Temples are the largest of the megalithic sites in the country of Malta. The large complex consists of four temples built between 3600 BCE – 2500 BCE. The temples were abandoned for about 100 years before being re-used between 2400 BCE – 1500 BCE. They were not rediscovered until 1913 and the site was mostly excavated from 1915 – 1919.

Evidence found by archaeologists reveals that the temple complex was most likely used for rituals, including animal sacrifices. Tarxien has also provided insight into how these megalithic structures may have been built as stone spheres, believed to be rollers for transportation, were found near the South Temple. 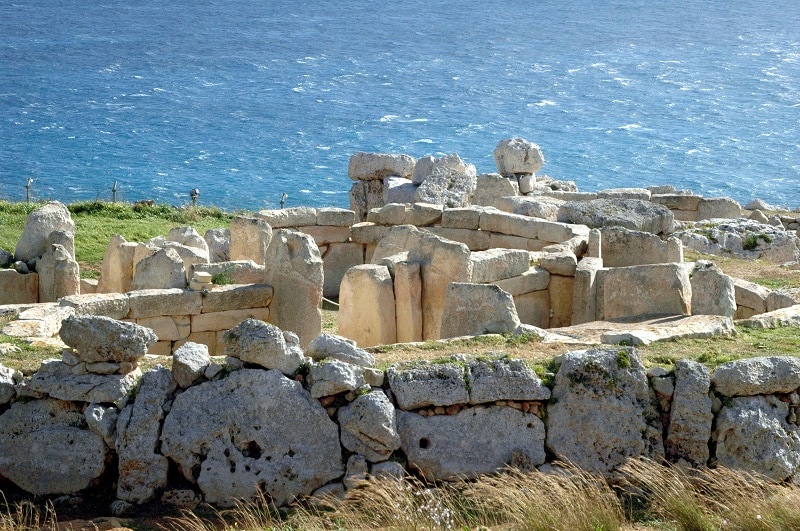 The Mnajdra temple complex is located in Qrendi, Malta about 500m away from another Megalithic Temple called Ħaġar Qim. It consists of three temple structures – the oldest and first structure dates back to 3600 – 3200 BCE; the South Temple was built sometime between 3150 – 2500 BCE; and the Central Temple was built last and placed in between the first and South Temple.

There are more remains to the south and north-east of these three temples, which suggests that at one point the complex was much larger than it is today. Although Mnajdra has been well-preserved since it was first excavated in 1840, in 2001 vandals toppled and broke 60 megaliths and graffittied them. Fortunately, the damage was able to be repaired in an unnoticeable way and temples were reopened to the public in 2002. 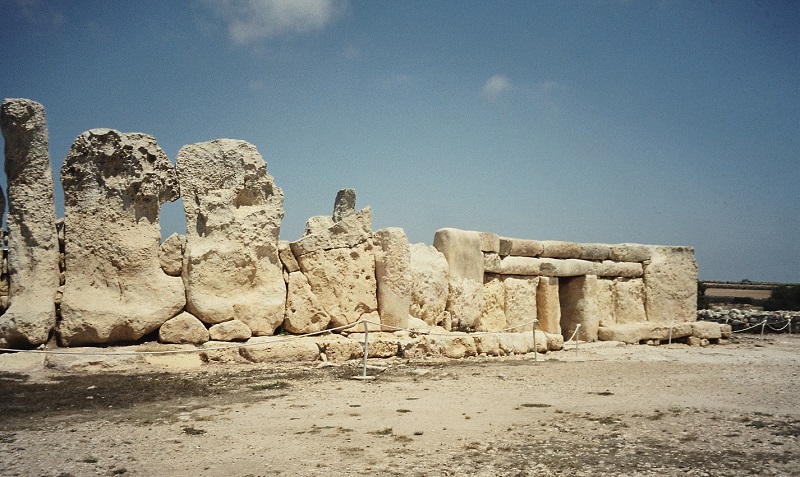 Like several of the other entries on this list, Ħaġar Qim is an ancient Megalithic Temple found on the island nation of Malta. It is one of the older temples in the country and dates back to around 3600 BCE – 3200 BCE. The is made from globigerina limestone, which has caused it to suffer from extreme weathering and surface flaking.

Although most of the temple was buried, the tallest stones were left exposed and can be seen in 18th and 19th century paintings. Ħaġar Qim was first excavated in 1839 and several important cultural objects were uncovered. In 1992, Ħaġar Qim and four other megalithic structures on Malta were recognized as UNESCO World Heritage Sites. 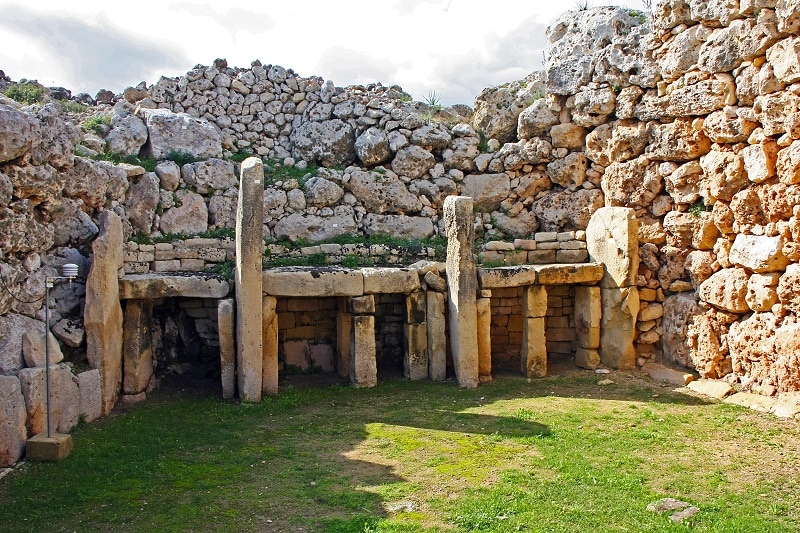 The Ġgantija Temples are the second oldest known temple structures in the world and some of the oldest stone structures still standing in the world today. They are the oldest of the Megalithic Temples of Malta, which are several preshistoric temples built between 3600 – 700 BCE on the island of Malta. 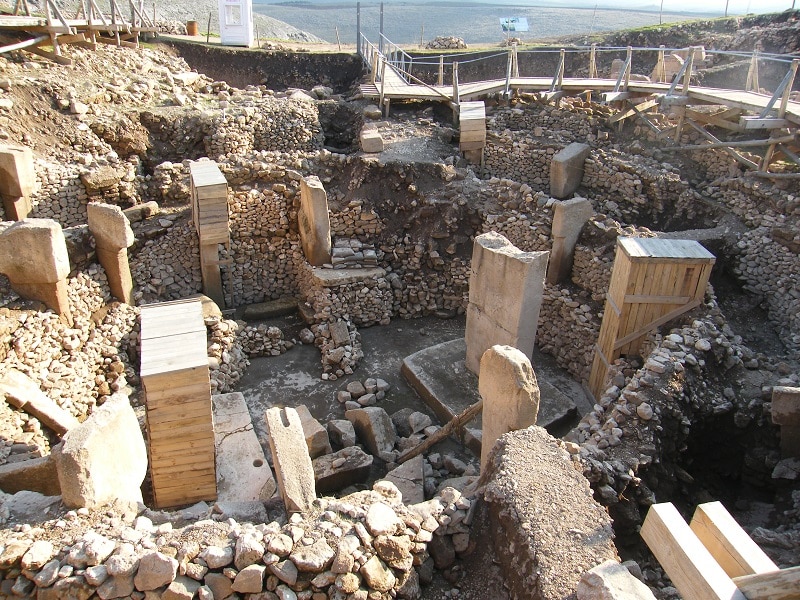 When Göbekli Tepe was first examined in the 1960s by anthropologists from the University of Chicago and Istanbul University, it was dismissed as the remains of an abandoned medieval cemetery. Today, Göbekli Tepe is considered the oldest temple in the world dating back to around 9000 BCE. In 1994, Klaus Schmidt of the German Archaeological Institute visited the ruins and felt that they were older and more interesting than what the earlier researchers thought.

A year later, Schmidt and a small team uncovered the first megaliths and he continued to excavate the site until his death in 2014. Until Schmidt’s discovery, archaeologists believed that agriculture lead to the formation of the first civilizations, but Schmidt and other researches now believe it may have been the other way around.

Posted by Victor Eaton 0
Spread the loveMost of the structures on this list date back to the Neolithic era (which started around 15,200 BCE…