Before the American Revolution most of the bridges in the United States were made of wood and destroyed during the Revolutionary War. Following the war, these bridges were replaced by permanent stone bridges, a majority of  which are still standing today. A majority of the bridges on this list are from the 18th century post-Revolutionary War era. However, the oldest bridge on this list was built nearly a century before the founding of the United States and is still being used today.

Year Built: Original in 1804; current in 1909
Location:  Waterford and Lansingburg, New York
Type:  Original was wooden; current is steel
Architect:  Original built by Theodore Burr; Current designed by A. P. Boller and Henry Hodge and built by the Phoenix Bridge Company
Still in Use:  Yes

The Union Bridge was a wooden bridge built in 1804 by Theodore Burr. It was the first bridge built across the lower part of the Hudson River, connecting the New York towns of Waterford and Lansingburg. Burr combined an arch with a truss to strengthen Union Bridge and provide stiffness. This was the first time that anyone in the U.S. had used this kind of building technique and Burr patented his truss/arch pattern in 1806 and 1817.

Union Bridge was used for over 100 years before it burned down in 1909. A steel bridge, now called the Waterford Bridge, was built on the same piers as the original wooden bridge. All together, both the Union Bridge and Waterford Bridge have serviced the area for 214 years. 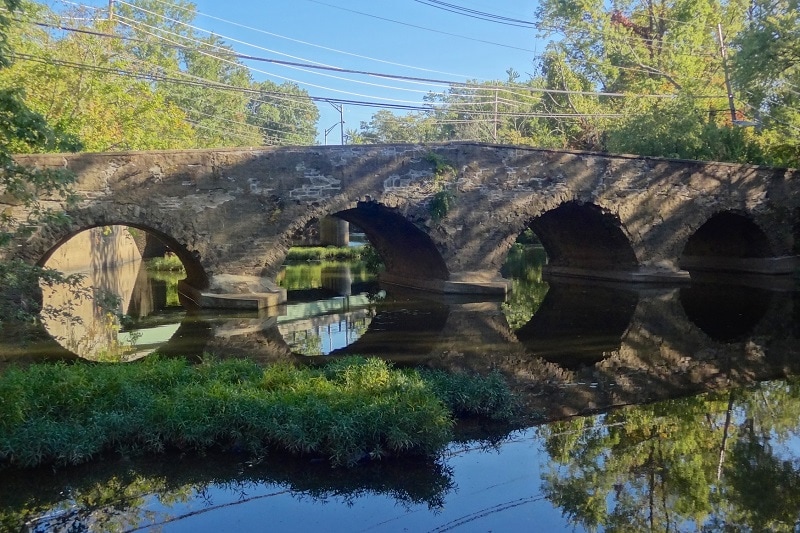 Kingston Bridge in Somerset County, New Jersey is known for being the second oldest bridge in the county after the Old Stone Arch Bridge. The bridge is part of the Kingston Mill Historic District, which  is listed on the National Register of Historic Places. In addition to Kingston Bridge, the Historic District includes the Greenland-Brinson-Gulick farm, four nearby houses, and a gristmill powered by the Millstone River.

Originally, there was a wooden bridge at the site of Kingston Bridge but it was destroyed for strategic reasons by the Continental Army during the Revolutionary War. The destroyed bridge was replaced by the Kingston Bride in 1798 as part of the King’s Highway, the most important highway in the area through the 18th and early 19th centuries. Although Kingstone Bridge is 220 years old, it still retains its original roadway grade and is still being used today. 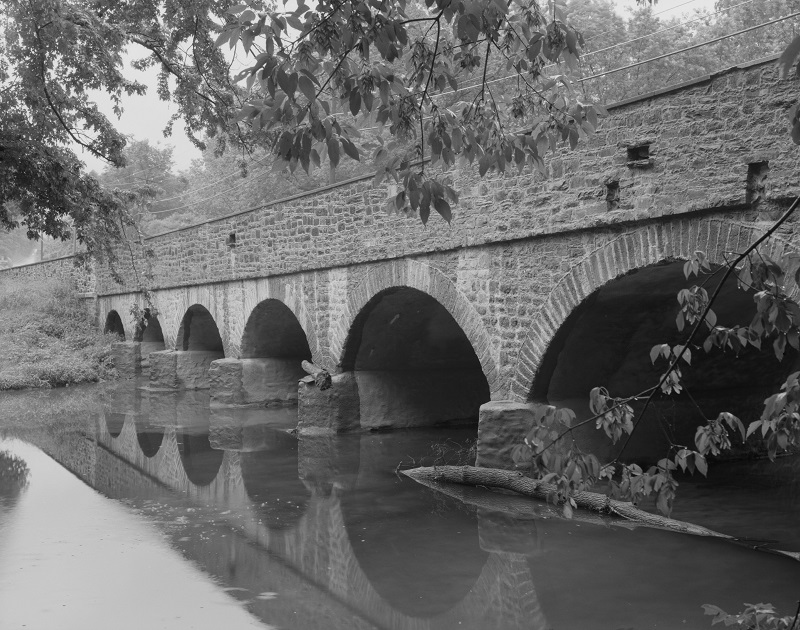 Skippack Bridge is an eight-arch stone bridge built in 1792 and is believed to be the oldest bridge in the United States that has retained its original dimensions. Over the years, Skippack Bridge has had several renovations and there are three date stones on the bride – one marking its original 1792 date, another commemorating the 1874 repairs (the first after it was built), and a third for the most recent renovation from 1992 – 1993.

Before Skippack Bridge was built, there had been several attempts to build a bridge connecting the eastern and western parts of Montgomery County starting in 1762. The area around Skippack Bridge became the home of the Funkites, exiled Mennonites who had supported the Revolutionary War. In the 1970s, Skippack Bridge and some of the surrounding old structures were designated as the Historic District and placed on the U.S. National Register of Historic Places. 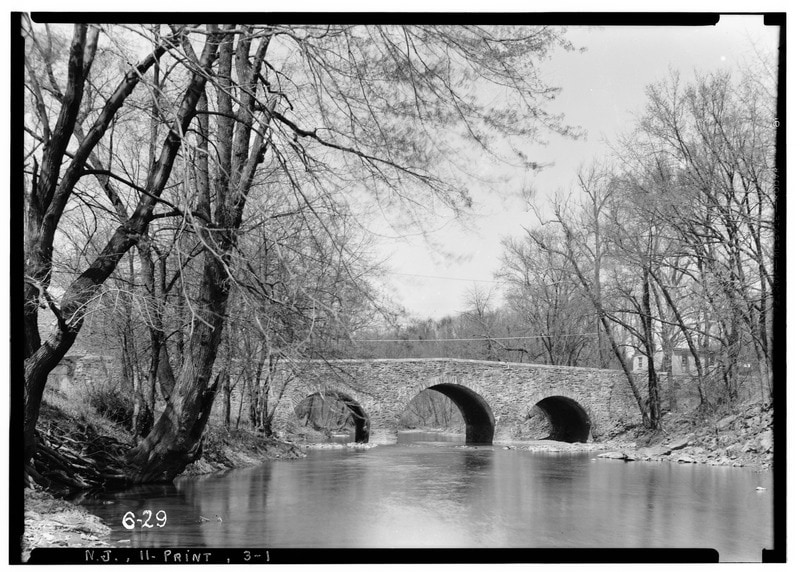 In 2017, Stony Brook Bridge was closed for five months while extensive repairs were made. The project involved strengthening the bridge infrastructure atop the three stone arches, which were preserved for looks, but are no longer functional. A year later, the New Jersey Department of Transportation (NJDOT) was awarded the 2018 Project of the Year Award by the New Jersey Society of Professional Engineers Mercer County Chapter for its work on Stony Brook Bridge. 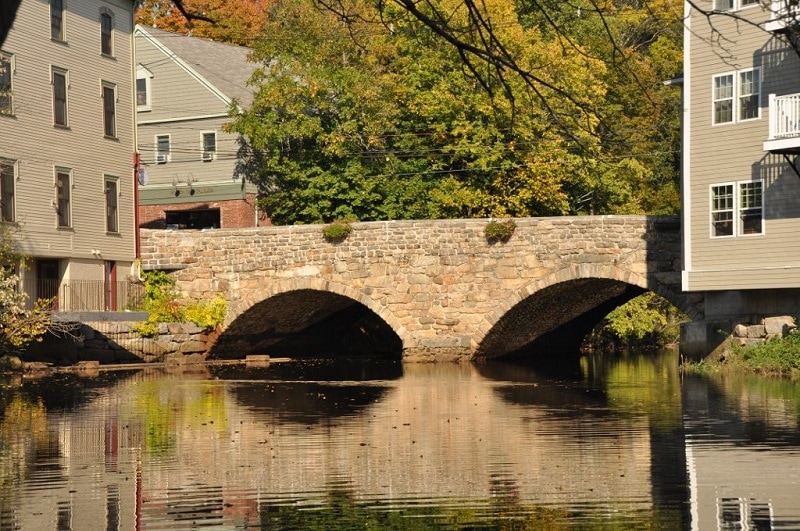 Choate Bridge is considered the oldest two-span masonry arch bridge in the United States, with documented proof. Before Choate Bridge was built, the citizens of Ipswich had placed wooden bridges at the same site since 1641. These bridges were weak, wore out quickly, and had to be rebuilt several times. Finally, when traffic in the area had become too much for the wooden bridge, Colonel Choate (the bridge’s namesake and architect) and a committee decided to put up a permanent masonry bridge.

In 1838, Choate Bridge was widened and has remained basically untouched since then. The bridge was to the U.S. National Register of Historic Places in 1972. During the year of Choate Bridge’s 250th birthday, the American Society of Civil Engineers named the bridge an official National Historic Civil Engineering Landmark. 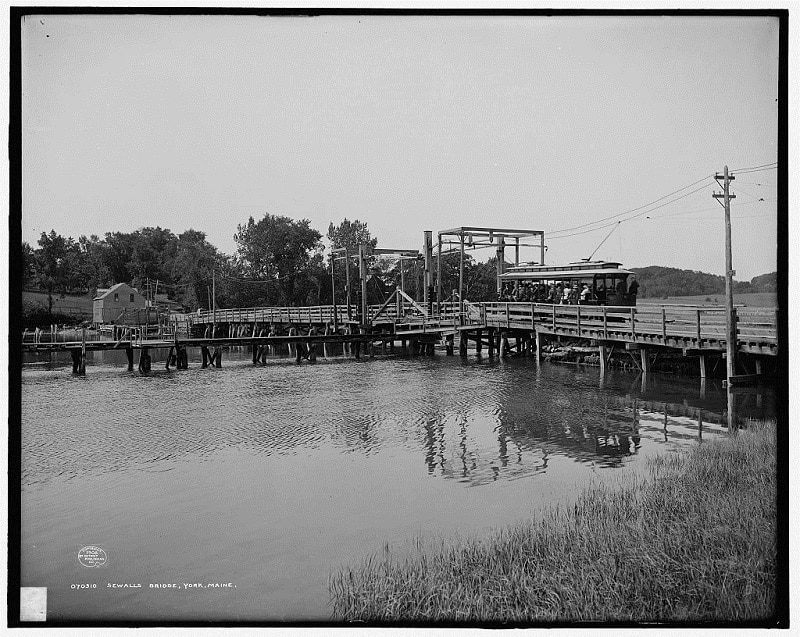 Sewall’s Bridge in York, Maine is one the most historic bridges in America. The American Society of Civil Engineer’s says that Sewall’s Bridge is the “earliest pile-trestle bridge for which an authentic construction record exists, and the oldest for which builder’s drawings survive.” The bridge was named for Major Samuel Sewall, Jr., the bridge’s architect.

The original Sewall’s Bridge was in use for over 173 years, before it was replaced in 1934 by a modern wooden pile bridge. Initially, the state wanted to replace Sewall’s Bridge with a concrete one, but the citizens of York fought back and won. The newer wooden bridge looks nearly identical to the original. 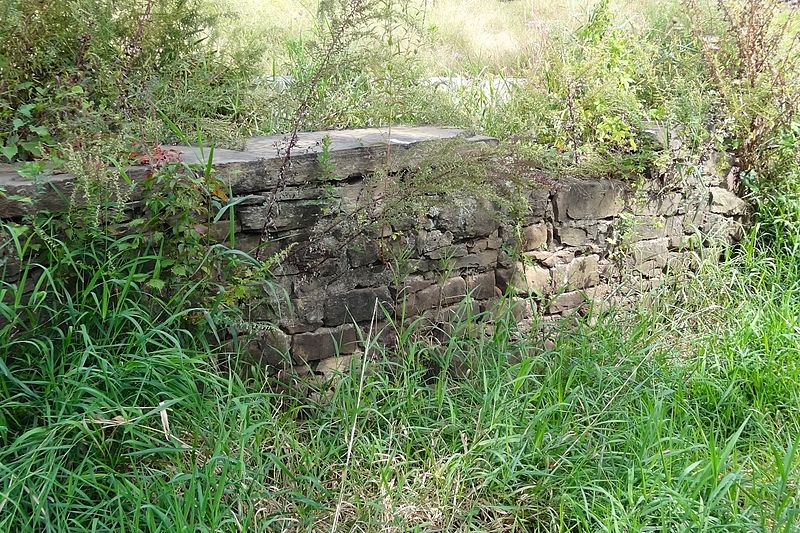 The Old Stone Arch Bridge in Bound Brook, New Jersey is one of the oldest stone bridges in the country and was built sometime around 1730. While the bridge is no longer in use, it is believed that what remains of the bridge is intact and buried underground. 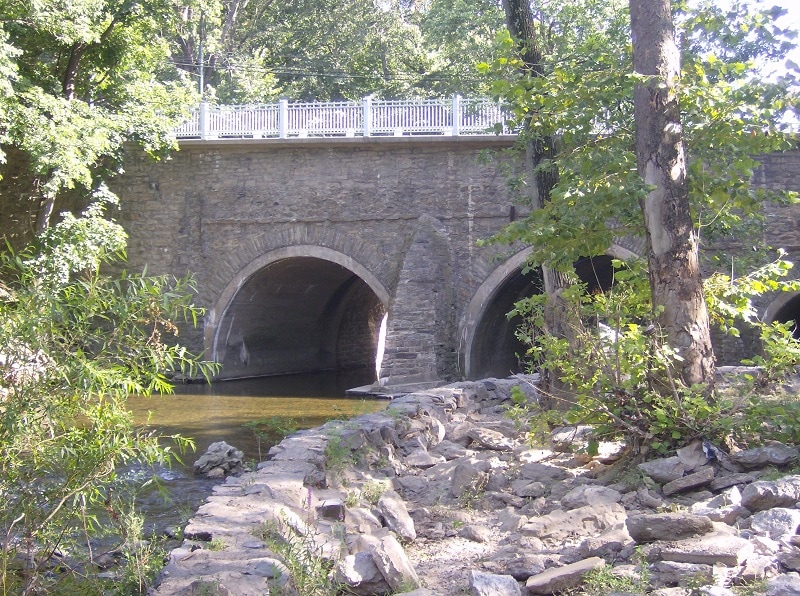 The Frankford Avenue Bridge (also called the Pennypack Creek Bridge, the Pennypack Bridge, the Holmesburg Bridge, and King’s Highway Bridge) was built nearly 80 years before the United States became a country, making it the oldest existing bridge in the United States. According to the American Society of Civil Engineers, the Frankford Avenue Bridge was the first stone arch bridge built in the country.

Built in 1697, the Frankford Avenue Bridge is part of one of the first highways in America, the King’s Road from Philadelphia to New York. When it was first built, the bridge was only 18 feet wide and has been widened significantly over the years. In early 2018, the Frankford Avenue Bridge was temporarily closed for much needed repairs –  bridge was recently reopened at the beginning of September.

Posted by Lauren Johnson 0
Spread the loveThe very first American bank, the Bank of North America, was opened in 1781 by the Continental Congress.…

Posted by Victor Eaton 0
Spread the loveThe world’s first skyscraper was built in Chicago by William LeBaron Jenney in 1885. While that building no…

Posted by Shasha Neil 0
Spread the loveNearly all of the oldest hotels in Spain did not originally start out as lodging for travelers. Most…