Sainthood is a title of utmost dignity and respect in the Catholic faith. To become a saint, one must be canonized by the Pope, and be included among the ranks with those who have achieved the highest level of virtue throughout their lives.

There is no set age limit for a person to be eligible for sainthood. Therefore, over the years, the Catholic Church has canonized many people and elevated them to the ranks of saints, many of whom were quite young.

Here is a list of the eight youngest saints in the Catholic Church. 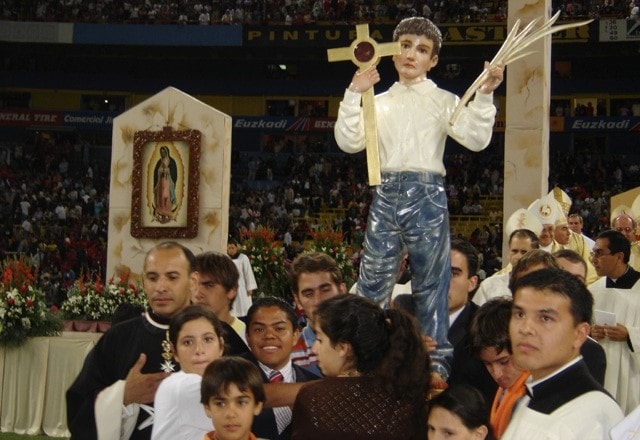 Saint Jose Luis Sanchez del Rio was born in Sahuayo, in Michoacan, Mexico. He was the third out of four children to his parents.

Jose del Rio grew up with a strong faith, and a particularly strong devotion to Our Lady of Guadalupe. When he was young, the Cristero Wars broke out throughout his country, where the government was trying to dismantle the Catholic hold and influence on Mexico.

Several rebel forces formed across Mexico, and rose up against the tyrannical government. Jose also wanted to join the cause, but was too young. However, this persistent child remained adamant in his demand to join the rebel forces, and was eventually allowed to join as a flag bearer.

Saint Jose del Rio was captured during the war, and tortured terribly. The undersides of his feet were cut off, and he was forced to walk through the streets. Despite this terrible torture, Saint Jose del Rio refused to give up on his faith and the Cristero cause. 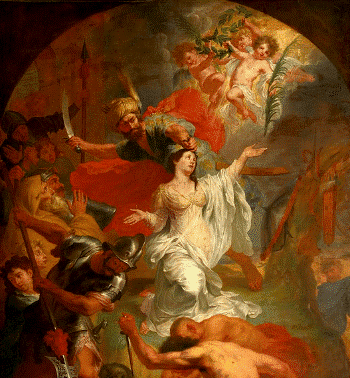 Saint Dymphna is the seventh youngest person ever to have been canonized by the Catholic Church.

According to legend, Dymphna was the daughter of a pagan Irish king. After her mother died, her father – the king – became mentally disturbed, and expressed the desire to marry his own daughter.

Saint Dymphna, who had accepted Christianity as her faith before her mother’s death, was escorted by a priest (Fr. Gerebernus) to escape the pagan motives of her father. Both fled to the village of Gheel, and took refuge in a chapel. However, their whereabouts were quickly discovered by the king’s messengers, and they were executed.

Given the madness that she experienced at the hands of her own father, Saint Dymphna is the patron saint of mental disorders. 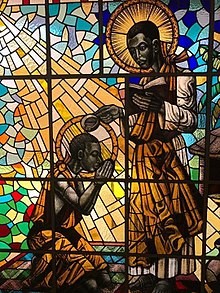 Mutesa I, the kabaka leader of Buganda, was tolerant of Christians living in the local areas. However, his successor, Mwanga, was not so tolerant towards the Christian faith and, thus, launched several attacks on local Christians.

Unfortunately, Saint Kizito was one of the several victims who fell prey to the tyrant leader. On 3rd June, 1886, Saint Kizito, along with 21 other young boys, was burned alive.

Saint Kizito was baptized by Charles Lwanga, who was the leader of the Christian community in Uganda at the time.

Saint Philomena, also known as Saint Filumena, was a young consecrated virgin whose remains were found in a tomb in the Catacomb of Priscilla. It was determined that she was a holy figure, and that she was canonized before her death.

The tiles which enclosed her tomb bore a unique inscription that read: “Pax Tecum Filumena,” meaning: “Peace be unto you, Philomena.” Her remains were moved to Mugnano del Cardinale upon discovery. There, she has remained a major source of influence among the locals for her intercessory healing powers.

Many miracles are accredited to her name, including the miraculous healing of Pauline Jaricot.

Saint Philomena is the patron saint of infants, babies, and youth. 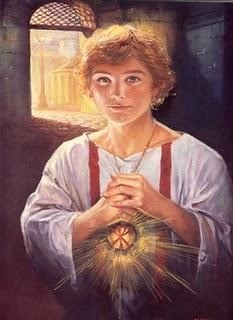 Saint Tarcisius was a saint and a martyr of the early Roman era, and lived around 3 A.D.

Since Saint Tarcisius lived so long ago, not much is known about his life. Many of the accounts of his life either come from an inscription by Pope Damasus I, or are legends that have spread over the centuries with little to no historical foundation.

According to legend, Saint Tarcisius was caught in the era of Roman persecutions during the 3rd century. It was at this time that Christians in Rome were heavily persecuted for their faith under Emperor Valerian.

Saint Tarcisius was allegedly ordered to bring the Eucharist to the Roman Emperor. However, being a strong devotee to his faith, Saint Tarcisius refused, and chose death instead.

Saint Damascus compared Saint Tarcisius to Deacon Saint Stephen. However, there is no historical backing to this. 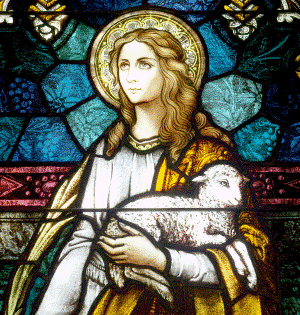 Many poems and songs by the Fathers of Churches and different poets exist which praise St. Agnes for her exemplary bravery and purity till death. Legend has it that she refused to marry the son of a Roman official, declaring herself completely committed to Christ in a tumultuous political era for Christians. This is the reason why she was allegedly martyred for her faith.

Saint Agnes of Rome is mentioned in the ancient Roman calendar of the feasts of the martyrs. Her feast day is January 21. 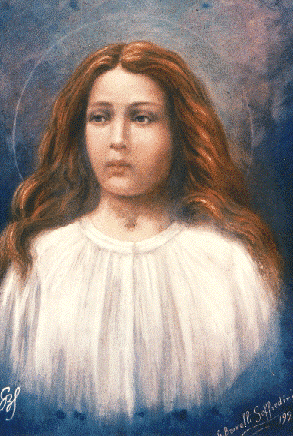 Saint Maria Goretti is one of the most famous young saints in Catholic tradition. She was baptized in the Church of San Francesco in Corinaldo in 1890, and received her First Holy Communion in the Church of Conca (today Borgo) in 1901.

The early historical accounts of her life describe an incident where Goretti’s neighbor, a 20-year-old boy named Alessandro, tried to seduce her. However, being a devoted Christian, Saint Maria Goretti declined her neighbor’s advances. Furious, Alessandro stabbed Saint Maria Goretti 14 times until she died.

Saint Maria Goretti was beatified by the Roman Catholic Church in 1947, and was declared a Saint in 1950.

Saint Maria Goretti, despite being stabbed 14 times, forgave her attacker before she died in the hospital. Historical accounts state that Alessandro, her attacker, repented afterwards. 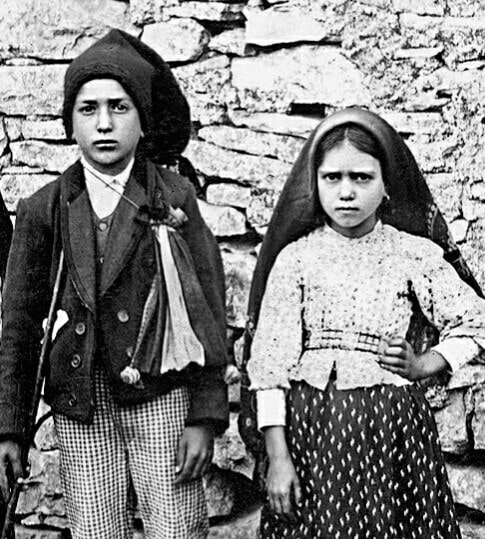 Saint Francesco and Jacinta Marto are the youngest saints canonized by the Catholic Church in modern times. Both siblings were born in a small village just outside of Fatima, Portugal.

Both siblings prophesized the appearance of Blessed Virgin Mary at Cova de Iria, and a series of miraculous events followed, termed the Miracle of Fatima.

Today, the site of the apparition of the Blessed Virgin Mary has become a widely-known tourist and pilgrim location for Christians around the world.

Both siblings were beatified by Pope John Paul II on 13th May, 2000, and were canonized by Pope Francis in 2017.

Both siblings fell victim to the Influenza epidemic in 1918. After a brief period of illness, both siblings passed away from the disease.