To take on the mantle as pope, it seems like the sole pre-requisite aside from an intimate knowledge of the Bible is to be an elderly, grey, wiry-haired male. In the entire 20th and 21st century, the world has never seen a pope below 58. This hasn’t always been the tradition, however. In broad strokes, the role of the pope is to serve as the head of the Catholic Church and Bishop of Rome. He’s the head of Vatican City, a sovereign city-state.

The duties handed to the pope are vast and not just religious ones. Politically, the pope holds a lot of weight and tremendous influence over his devoutly religious followers. Tasks include meetings with heads of state, preserving diplomacy, and appointing new bishops. Maybe this is one of the reasons popes of the modern age are always elderly. So much is asked of them. Their wisdom is called upon, and as a religious figure, it inherently carries more weight than your average politician.

Today we’re going to look at some of the youngest ever. The ones that served as the most important religious figure in the most prestigious religious seat the world has to offer. 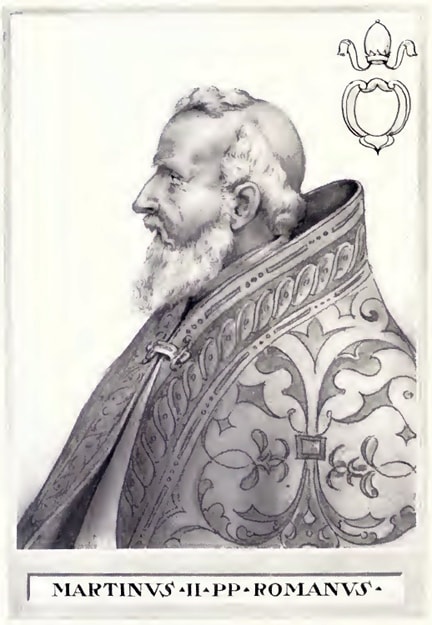 Pope Marinus I was an Italian commonly known as Martin II. He was the son of a priest, as were many soon-to-be popes.

Born in Gallese, Martin was already a bishop when he became pope and was already serving as papal legate to Constantinople.

Pope Marinus I had a lot of respect for Alfred the Great. What followed was him granting the release of the Anglo-Saxons from taxation. It’s also been said that he sent a piece of the True Cross, the actual physical remnants of the cross Jesus was crucified on, to Alfred as a token of his friendship. 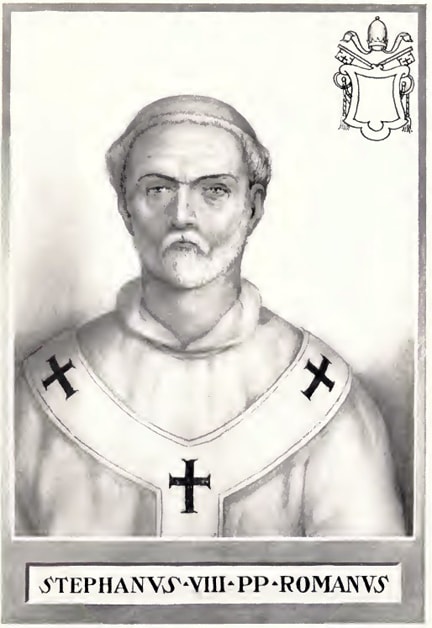 Pope Stephen VII was Roman-born and the son of Theodemundus. Pope Stephen had the understanding that he would serve as a placeholder on the seat until the son (John) of Marozia, a Roman noblewoman and alleged mistress of Pope Sergius III, was prepared to become the new pope.

Stephen VII was the 124th pope.

Stephen died in March 931. He was succeeded by Marozia’s son John XI. 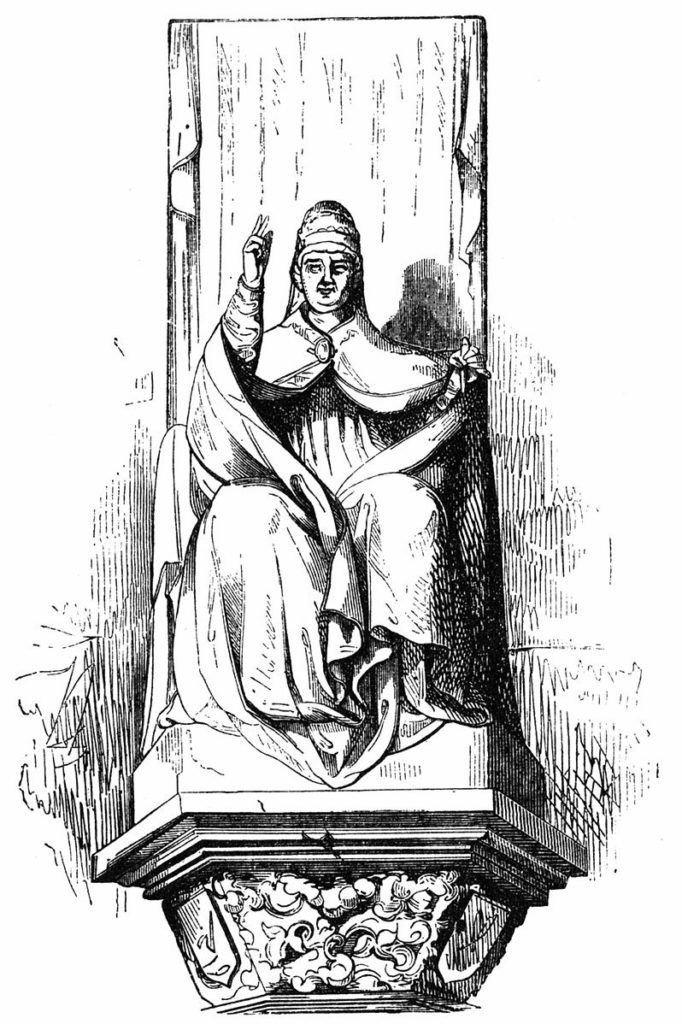 Otto Colonnade, or Oddone, known professionally as Pope Martin V, was born sometime between January and February of 1369 in Genazzano, Papal States. Upon his election, he was hard at work and is credited with ending the Western Schism (1378-1417), convening the Council of Basel in 1431, and initiating the Hussite Wars.

The Hussite Wars are also known as the Bohemian Wars or the Hussite Revolution. They’re classified as a series of wars fought between Hussites and factions of Catholic powers under the rule of the Holy Roman Emperor.

Otto died at 62-years-old due to a stroke on February 20, 1431. By pope standards, you could call this a life unfinished and still young in his rule despite serving since November 14, 1417. 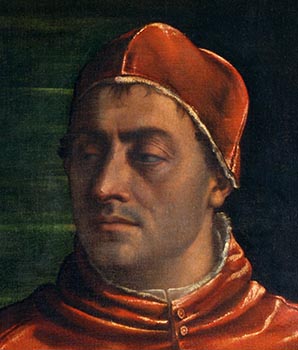 Pope Clement VII, or Giulio di Giuliano de’ Medici, if you choose to go by his real name, was the 219th pope to serve in the Vatican. Clement comes from the royal bloodline of Medici. They were known as a prominent Italian banking family and political dynasty, first gaining notoriety and power under the Republic of Florence during the front half of the 15th century.

The bank was the largest in all of Europe in the 15th century. I would venture to bet Clement VII’s convenient ties to this financially robust, royal family had something to do with his future success. If there are a few things that will always be true no matter how many centuries we pass, rest assured, it’s going to be death, taxes, and nepotism.

Pope Clement VII is referred to by historians as “the most unfortunate of the popes.” During his rule, he was bogged down by political, military, and religious struggles, which extended beyond Europe and carried consequences that touched every corner of world politics and Christianity. 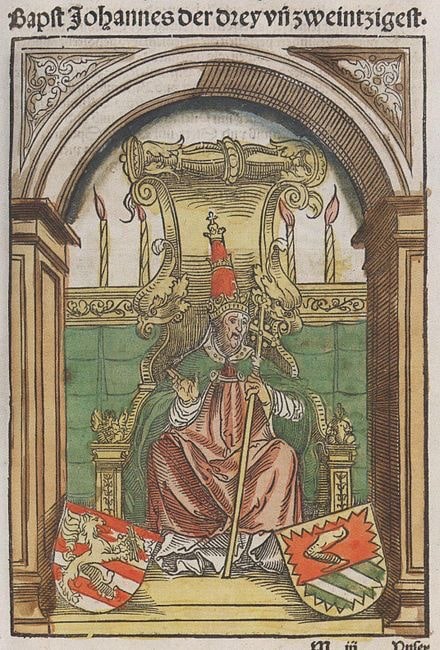 Pope John XXIII was really the Antipope! That was according to the Catholic Church, at least. He was known for opposing Pope Gregory XII. The Catholic Church recognizes him as the true successor to Saint Peter, but that’s not going to stop us from including him here as a rightful successor and number six on this list!

Cossa was born in the beautiful Kingdom of Naples. It was a state that ruled a piece of the Italian Peninsula south of the Papal States between 1282 and 1816.

Cossa may have held religious esteem, but it didn’t stop him from being imprisoned in Germany but only after the Medici family paid a handsome fee to free him in 1418. 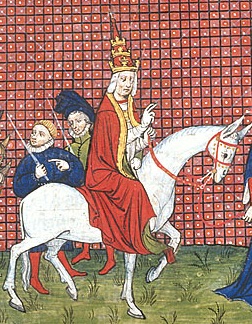 Pope Gregory XI, or Pierre Roger de Beaufort, reigned as pope from December of 1370 up until he died in 1378. He marked the last Avignon (region of Southeastern France) pope but the most recent French pope formally recognized by the Catholic Church.

In childhood, Pierre had close ties to the pope as the nephew of Pierre Cardinal Roger, who was elected pope in 1342 and adopted the name Clement VI. Clement VI took a liking took the young Pierre Roger, and as a result, granted him access to several perks that come along with associations to the pope. One of which was being named a cardinal deacon at just 18-years-old.

Gregory XI was the last pope of French nationality. He died in Rome on March 27, 1378. 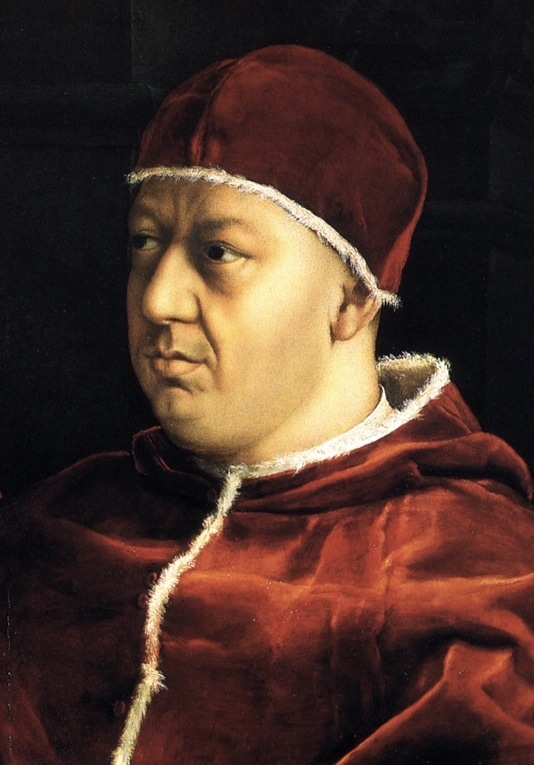 Pope Leo X’s real name was Giovanni di Lorenzo de’ Medici. It’s tough to decide which one is better, considering they were respected throughout the 16th century. Even when you’re a Medici, a name that carried significant financial and political pull, Pope Leo X is too cool to pass up. It’s fit for a superhero.

During his tenure as pope, he tackled important tasks like reorganizing the Roman University, championed and promoted the study of literature, poetry, and antiquities.

Pope Leo X died due to pneumonia at 45-years-old on December 1, 1521. He was buried in Santa Maria soprano Minerva in Rome. 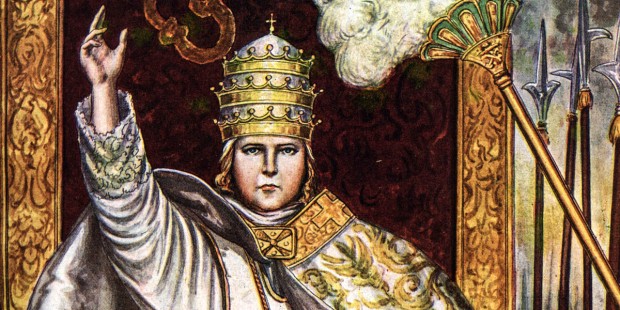 Pope Benedict IX, also known as Theophylactus of Tusculum, is the youngest pope of all time!

He also likely changed his name so as not to be mistaken for a dinosaur. He is one of the youngest popes in history and still the only man to wear the title more than just once. He’s also the only man to have sold the papacy.

How he became pope was questionable and corrupt. His father won his election through the age-old tradition of bribery.

Pope Benedict IX was the 145th, 147th, and 150th pope. There’s also debate and a case to be made that he could have been 12 during his first reign. A close source to the man himself, Rodolfus Glaber, a monk and historian who lived from 985 to 1047, was a persistent critic of Benedict IX and claimed in his document accounts of history that he was 12 in 1032! In Benedict’s case, once he got a taste of power, it was too hard to let it go! 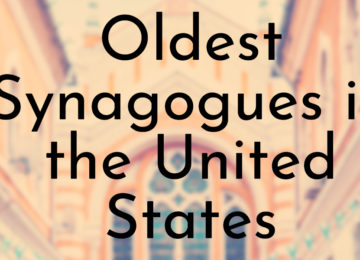 8 Oldest Synagogues in the United States

Posted by Shasha Neil 0
Jewish communities have been migrating to the United States since the colonial era. Jews of Spanish and Portuguese origin, known…