Syngogues are some of the most beautifully designed buildings in the world. They are also some of the oldest houses of worship as Judaism is one of the world’s oldest religions originating over 3,500 years ago. Due to the religion’s old age, Jewish people may have been building synagogues as far back as the 4th century BCE. These old ruins are believed to be synagogues because of the text found on inscription stones. In this list are the oldest synagogues that are still standing. All of these buildings contain at least some of their original structures and all are still used as either synagogues, Jewish history museums, or both.

Year Established: c.1352
Location:  Dubrovnik, Croatia
Still in Use:  Yes as a museum and place of worship on special occasions 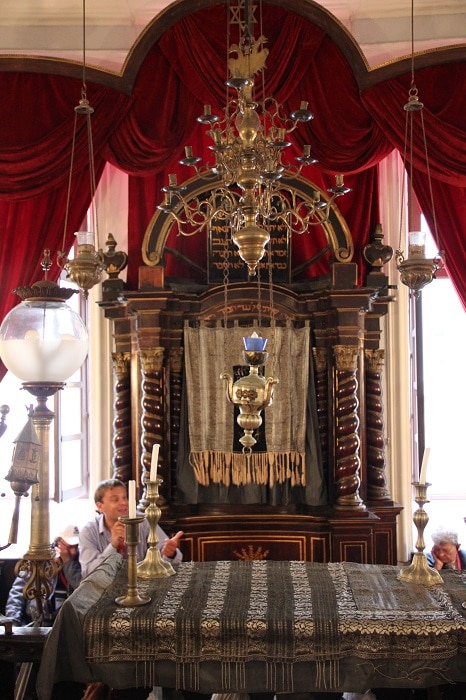 The Dubrovnik Synagogue is believed to be the oldest Sephardi Synagogue in the world and the second oldest continuously existing synagogue in Europe. The synagogue was built sometime in the mid-14th century, but was not legally declared a synagogue until 1546. After the Jews were expelled from Spain in 1492, many of them traveled east and ended up in the city of Dubrovnik, where a small Jewish community already lived.

The Baroque style interior decoration of the synagogue dates back to 1652 and has been preserved over the years. Although Dubrovnik was occupied by the Italian and German army during World War II, the synagogue managed to survive. Today, it is owned by the small local Jewish community and mostly used as a museum. 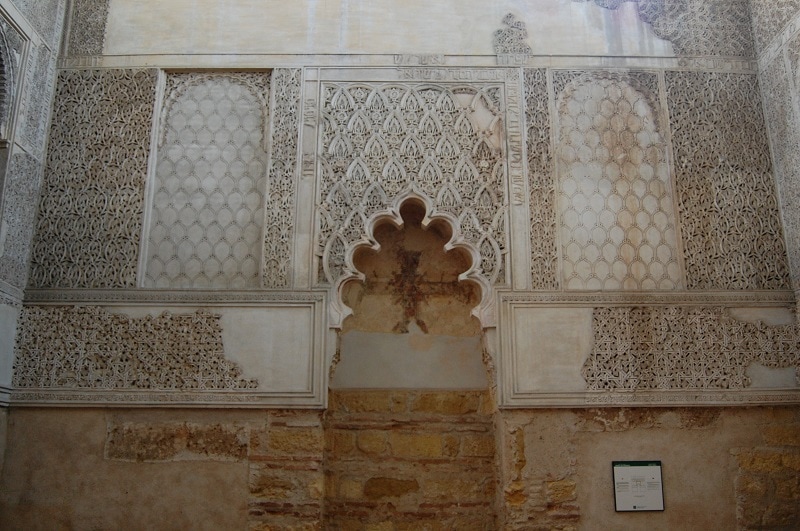 The Córdoba Synagogue was built sometime around 1315 and is the only synagogue in Andalusia (southern Spain) to survive after Jews were expelled from Spain in 1492. At the time the synagogue was built, the Jewish Quarter of Cordoba was an independent city within Cordoba. The synagogue was designed by local architect Ishap (Isaac) Moheb in a style that was popular for the time period.

After the Jews were forced to leave Spain, the Catholic Church seized the synagogue and plastered over its Hebrew frescoes. Until the 1880s, the building was used for various purposes such as a hospital and a shoemakers’ guild. In 1885, after a building collapsed revealing the original frescoes, the building was declared a national monument and has been restored several times.

Year Established: c.13th century – building dates back to 3rd or 4th century
Location:  Barcelona, Spain
Still in Use:  Yes as a museum and place of worship for special occasions 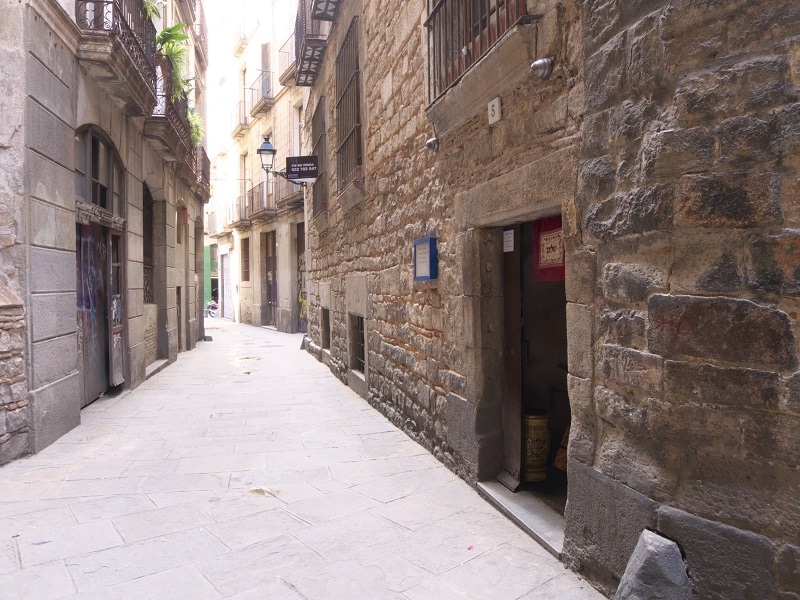 The synagogue remained in use until 1391 when Barcelona’s Jewish population was largely massacred with the survivors fleeing the city, converting, or hiding their religious heritage. After this, the building was used for many different purposes including a storehouse and fabric dying facility. It was re-opened in 2002 as a museum and synagogue for festive occasions. 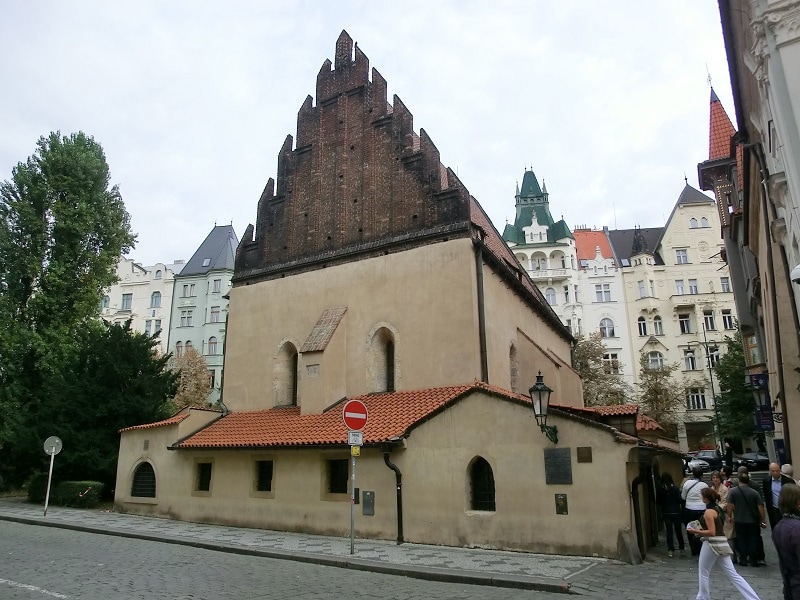 Altneuschul, commonly called the Old-New Synagogue of Prague, is the oldest extant synagogue in Europe. It has been in continuous use as a synagogue since it was first built in 1270 and has served as the main house of prayer for the Prague Jewish community for more than 700 years. According to legend, some of the stones used to build the synagogue come from the Temple of Solomon in Jerusalem.

The synagogue is also reportedly home to the Golem (an animated anthropomorphic being) of Prague, which was raised by Rabbi Judah Loew ben Bezalel in 1580 to protect his people during a period of high antisemitism. Rabbi Loew removed the magic from the Golem and sealed him in the attic, which is believed to be what saved the synagogue from Nazis’ destruction.

Year Established: c.1200
Location:  Triani, Italy
Still in Use:  Yes – reestablished as a synagogue in 2006 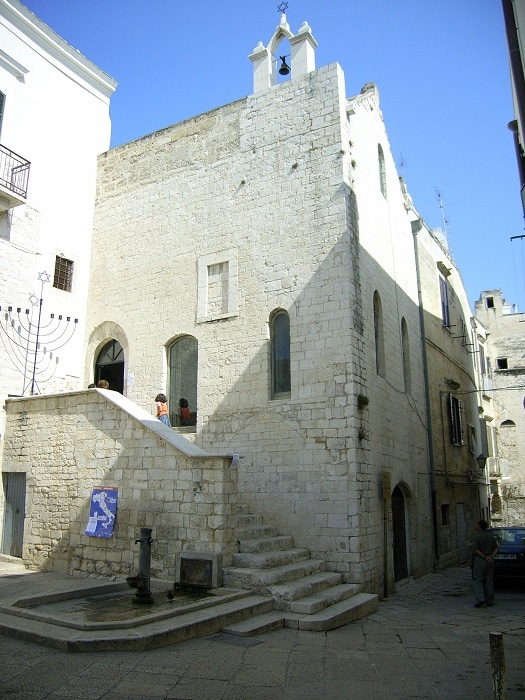 The Scolanova Synagogue in Triani, Italy was first built sometime in the 13th century. It was used for over century as a synagogue until 1380 when a wave of antisemitism overcame the city and Scolanova and three other synagogues were seized by Christians. The four synagogues of Triani were turned into churches and the remaining Jewish population was forced to convert to Christianity – Scolanova Synagogue was renamed Santa Maria in Scolonava.

The building was largely unaltered and used as a church until after WWII. In 2006, the church was desacralized and converted back into a synagogue and was recently repaired in 2015. Today, the synagogue is used by the small Jewish community still living in Triani.

Year Established: c.1180
Location:  Toledo, Spain
Still in Use:  Yes as a museum 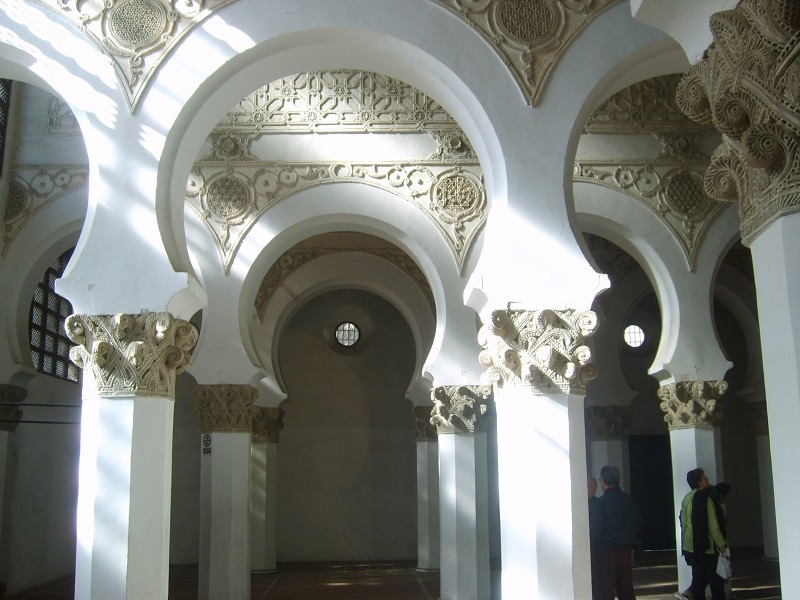 Santa María la Blanca is one of the buildings that claims it is the oldest synagogue building still standing in Europe. According to an inscription on a beam, the building was erected in 1180. It was constructed in the Kingdom of Castile – a Christian territory – and built by Islamic constructors for Jewish use, which makes its architectural style unique. It is considered a symbol of the cooperation that existed among the three cultures that populated the Iberian Peninsula during the time.

The synagogue was turned into a Catholic church and sometime after 1405. Today, it is owned and maintained as a museum by the Catholic Church, although there have been requests made in recent years by the Toledo Jewish community to turn the synagogue back over to them.

Year Established: c.1094
Location:  Erfurt, Germany
Still in Use:  Yes as a museum of Jewish history 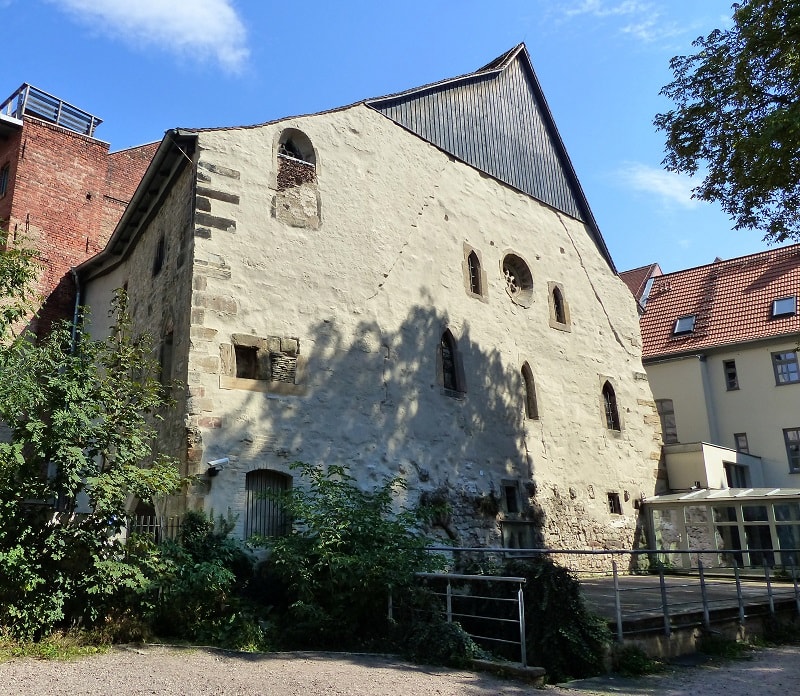 The Alte Synagoge of Erfurt, Germany is believed to be the oldest synagogue building still standing in the world. The oldest parts of the building date back to the late 11th century. The synagogue was used by the Erfurt Jewish community until the Erfurt Massacre of 1349, when the Jewish population was killed or driven from the area. After this, the building was turned into a storehouse and later altered for various uses.

The building’s history was largely forgotten until the late 1980s when architectural historian Elmar Altwasser began to research its past. Restoration efforts began in 1998 and the synagogue was reopened in 2009 as a museum of Jewish history. It houses a collection of medieval coins and jewelry that were buried in the Jewish Quarter before the 1349 massacre. 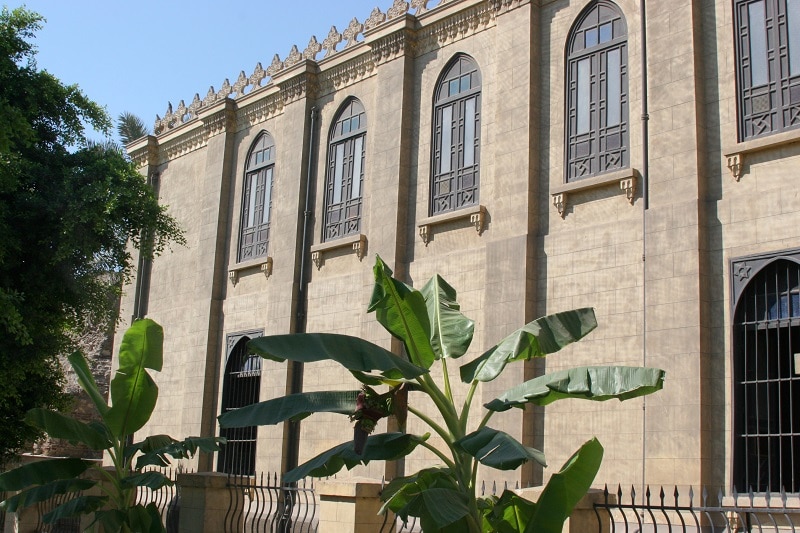 The Ben Ezra Synagogue is considered to be the oldest synagogue in the world and also the longest serving. A synagogue has stood on the site since at least the 9th century and served as the place of worship for Egypt’s Jewish community until a mass exodus to Israel in the 1950s. Throughout its history, the synagogue has been rebuilt.

The original building was torn down around 1012 after Fatimid caliph Al-Hakim bi-Amr Allah ordered the destruction of all Jewish and Christian places of worship. The synagogue was rebuilt between 1025 – 1040 and then completely rebuilt one more time in the 1890s. Like nearly all of Egypt’s synagogues, Ben Ezra is a tourist attraction and museum today.

Posted by Shasha Neil 2
Spread the loveWhile written history is only around 5,000 years old, religion, in some form, has probably been around since…

Posted by Lauren Johnson 0
Spread the loveAlthough the worship of the Greek Gods is no longer widespread, their myths and stories have fascinated people…

Posted by Lauren Johnson 0
Spread the loveAll of you know what the Bible is, and most of you have seen one up close and…