Apart from its religious function, the Bible is a fascinating book full of captivating stories. This religious text narrates the story of the Kingdom of Israel from its very beginning when King Saul started to rule over these lands around 1000 BCE.

The Bible tells the story of the several rulers who reigned over the Kingdom of Israel. This religious text cites a total of 39 kings, some of which were crowned at an incredibly young age!

This is why we decided to make a list of the youngest kings in the Bible! Unfortunately, we were not able to find the exact date of birth for all of them, so the list may not be one hundred percent accurate. However, it will still give you a good overview of the youngest kings mentioned in this text. 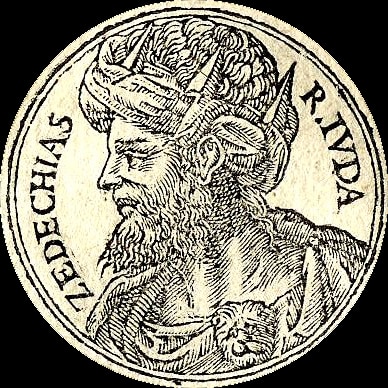 Zedekiah was the last King of Judah and reigned between 597 and 586 BCE. He was installed as a king at the age of 21 by the second ruler of the Neo-Babylonian Empire, Nebuchadnezzar II.

Following his coronation, Zedekiah ignored all his advisors and decided to create an alliance with Egypt, ruled by Pharaoh Hophra, to revolt against Nebuchadnezzar II.

This had terrible consequences for the Kingdom of Judah. As a result of Zedekiah’s actions, the king of the Neo-Babylonian Empire invaded Jerusalem and started a siege that lasted 30 months.

Nebuchadnezzar II finally managed to conquer the city at the end of Zedekiah’s eleventh year of reign. The king of Judah tried to escape along with some of his followers but was captured in Jericho. He was then taken to Riblah where he was forced to witness the death of his sons.

Once in Riblah, Zedekiah was tortured, and his eyes were put out. He was then brought to Babylon where he was imprisoned till his death. 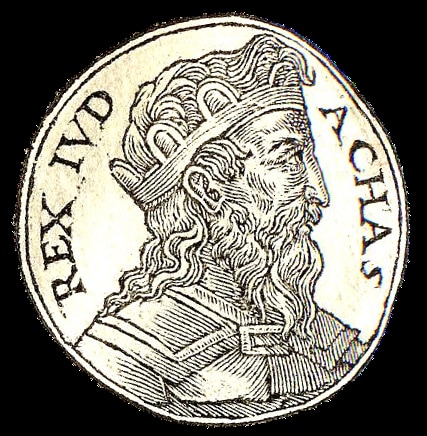 Ahaz was twenty years old when he became the twelfth King of Judah. He succeeded his father Jotham and reigned for sixteen years.

Ahaz is not represented as a positive king and is often criticized for his wickedness. According to Rabbinic literature, he threatened Israel’s religion multiple times. He closed the schools and houses of worship and forced the prophet Isaiah, who lived during his time, to teach in secret.

Ahaz died at the age of 36 and was succeeded by his son, Hezekiah. According to the scriptures, on the first day of the month that followed Ahaz’s death, his son ordered the priests to open and repair the Temple. This took a total of 16 days.

Ahaz is an abbreviation of Jehoahaz II and literally means ‘Yahweh was held’. 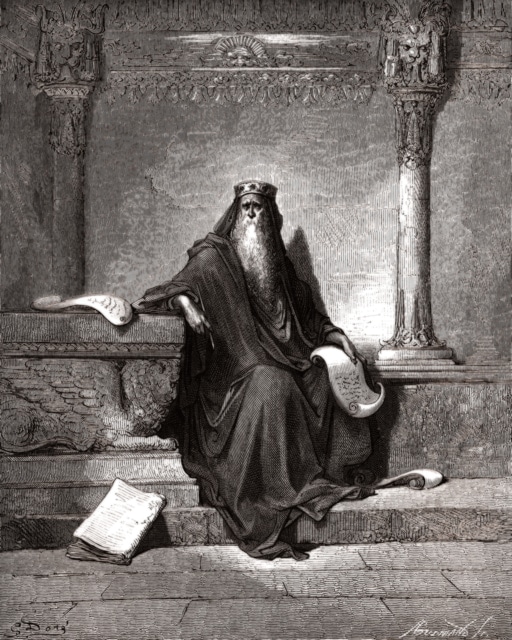 The actual age at which Solomon became king is still a matter of debate. Some scholars believe he was crowned at the age of 20, but others think he was way younger and was only 12-15 when he became king of Israel.

Even though we are not sure about his date of birth, we are certain that in 970 BCE, Solomon succeeded his father, David, in becoming the United Kingdom of Israel.

Solomon is extremely famous for having built the first temple of Jerusalem, simply known as ‘The Temple’. He started its construction in the fourth year of his reign using the wealth his father had accumulated.

Solomon is also particularly known for his wisdom, which was given to him directly by God.

Solomon is also mentioned in the Quran. According to this sacred text, he’s one of the main Islamic prophets. Muslims often refer to him as Sulaiman ibn Dawud meaning ‘Solomon, son of David’. 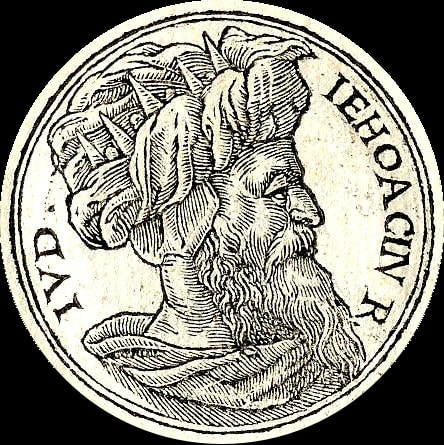 We don’t know exactly the year in which Jeconiah was born. According to some data, his birthdate can be placed anywhere between 615 and 605 BCE.

What we know for sure is that he became the nineteenth and penultimate King of Judah on December 9, 598 BCE. This means he was between 17 and 7 years of age when he was crowned king.

Jeconiah was the son of King Jehoiakim, and most of what we know about him comes from the Hebrew Bible. However, some evidence of his existence was also found in Iraq.

He reigned only for three months and ten days before the King of Babylon, Nebuchadnezzar II, dethroned him. On March 15th-16th, 597 BCE, Jeconiah, together with his household and 3,000 Jewish, were exiled and brought to Babylon. After the exile, Nebuchadnezzar appointed Jeconiah’s uncle, Zedekiah, the new King of Judah.

Jeconiah means ‘Yah has established’. Yah is an abbreviation of Yahweh, the national god of ancient Jerusalem. 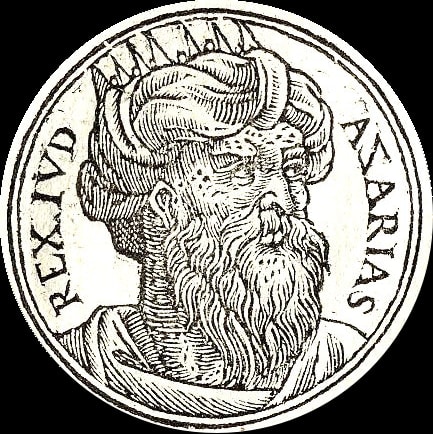 Uzziah became the tenth king of Judah at the early age of 16. He reigned for a total of 52 years, even though, during the first 24 he ruled together with his father Amaziah. Uzziah is also referred to as Azariah. However, James F. Driscoll, a catholic theologian,  believes this second name is simply the result of a copyist’s error.

Under Uzziah’s reign, the Kingdom of Judah experienced incredible growth. Uzziah managed to conquer both the Philistines and the Arabians. He also fortified the defensive walls of Jerusalem by introducing machines designed by experts to shoot arrows and throw large stones at the enemies approaching the city. Uzziah also improved the army and personally engaged in agricultural pursuits.

Unfortunately, his death was way more miserable than his life. According to the sacred scriptures, he entered the Temple of Jerusalem to offer incense to God but was stopped by Azariah. The high priest criticized his actions as, according to him, Uzziah was committing a terrible sin. He was, in fact, trying to usurp the prerogatives of the priests.

As a consequence, the earth started to shake under his feet. Soon after, a sunray broke into the temple and hit the king’s face, punishing him with leprosy.

After Uzziah’s punishment, his son, Jotham became the new ruler. Uzziah died about 11 years after his son’s coronation. 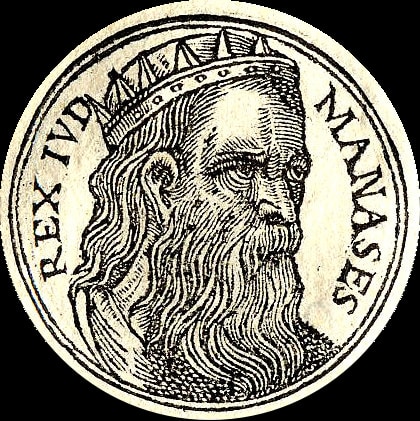 Manasseh became king when he was only 12 and reigned for 55 years, the longest in the history of Judah! He was the fourteenth king of the Kingdom of Judah, and he is mentioned in several sacred texts.

Manasseh was the oldest son of Hezekiah and Hephzibah. During his reign, he reversed some of his father’s reforms by reintroducing local shrines and legalizing polytheistic worship. In particular, he allowed the worship of Baal and Asherah in The Temple. He also sponsored the Assyrian astral cult throughout the Kingdom of Judah. This was a form of astrology that associated gods with stars and planets.

Manasseh was married to the daughter of Haruz of Jotbah, Meshullemeth. Together they had a son, Amon who succeeded him after the reign of Israel.

He died in 643 BCE and was buried in the garden of his own house, instead of the City of David, together with his ancestors.

Both in Christian pseudepigrapha and rabbinic literature, Manasseh is accused of ordering the murder of the prophet Isaiah. 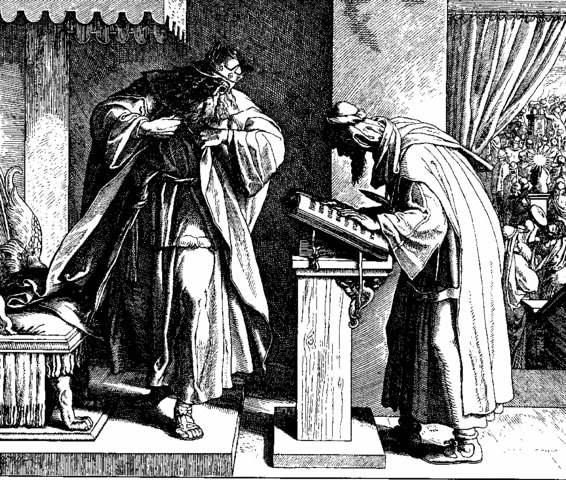 Josiah became the 16th king of Judah when he was only eight years old. He reigned for 31 years after the assassination of his father, King Amon.

According to the Hebrew Bible, he implemented many reforms banning the official worship of several gods other than Yahweh. He is also known for having established or compiled some important Hebrew scriptures.

To this day, we are still not sure whether Josiah actually existed. In fact, apart from the Bible, we couldn’t find historical evidence of his existence. Nonetheless, most scholars attribute this lack of evidence to the very early period in which he lived and to the fact that Jerusalem has been repeatedly destroyed and rebuilt throughout its history.

Josiah had four sons, Johanan, Eliakim, Matanyahu, and Shallum. The latter, Shallum, succeeded him, becoming the King of Judah with the name of Zedekiah. He was the last king to reign over these lands, before Babylon conquered the area. 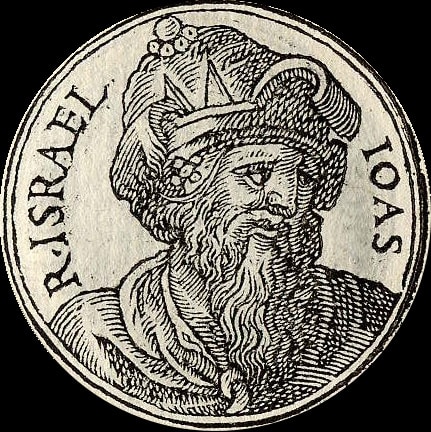 Jehoash is the youngest king in the bible as he was crowned at the age of seven. He was the eighth king of Judah and reigned for 40 years.

Jehoash was the only surviving son of Ahaziah, as his grandmother, Athaliah, ordered a massacre of his siblings. After the death of his father, his paternal aunt, Jehosheba, hid Jehoash in the Temple for seven years to protect him from the rampage of Athaliah.

After this period, his aunt had him crowned in a coup d’état against his grandmother, who was killed soon after.

Jehoash is particularly known for having ordered the reconstruction of the Temple. He did so by directing the money offered by the worshippers to funds aiming to repair the structure.

However, in the 23rd year of his reign, he realized that the priests had failed to develop a proper restoration program. As a consequence, he decided to implement his own plan, restoring the Temple to its original condition.

Jehoash was assassinated by one of his servants, known as Beth Millo. He was buried together with his father in the City of David. 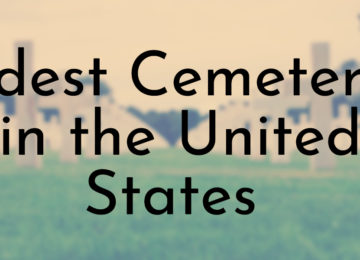 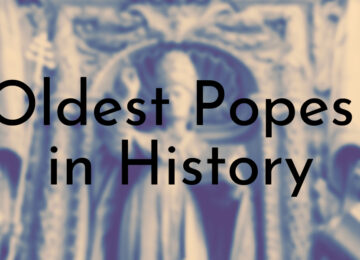 Posted by Victor Eaton 0
The papacy is one of the oldest institutions in the world. It has been around for almost two thousand years,… 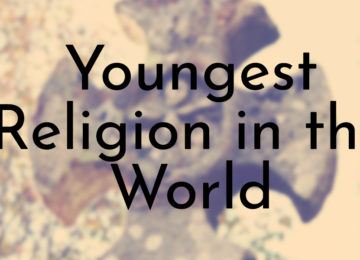