Christmas songs are universally popular once the holiday season starts and many annual classics such as Bing Crosby’s “White Christmas” seem like they’ve been around forever. However, the most popular Christmas songs were created in more recent times.

The origins of Christmas songs dates back to around the 4th century when some of the first Latin Christian hymns were written about Jesus Christ. These early hymns were sung during church Christmas celebrations and eventually evolved into the songs we recognize today. 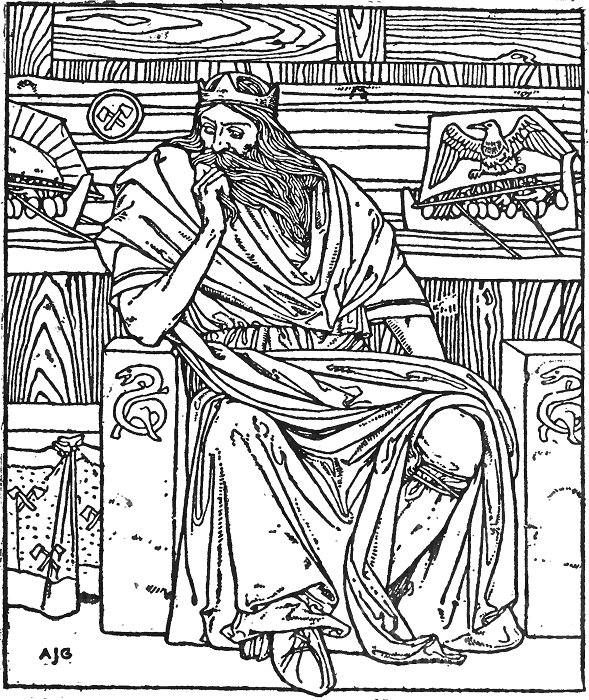 “Good King Wenceslas” is a classic and popular Christmas carol about a king from Bohemia who journeyed through harsh winter conditions to give alms to a poor peasant on the Feast of Stephen, which is on December 26th. The most sung version of the song was written by John M. Neale with help from his music editor Thomas Helmore in 1853.

Neale’s original English lyrics were set to the melody of a 13th century Easter hymn called “Tempus adest floridum” (“The time is near for flowering”) from the 1582 hymn book Piae Cantiones. Although the song is popular, academics have been critical of Neale’s decision to put his own lyrics over the original melody. 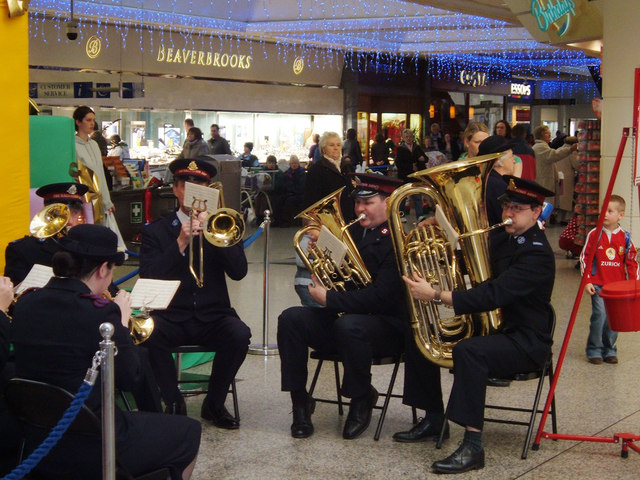 “O Come, All Ye Faithful”, originally known as “Adeste Fidelas” in Latin, is well-known Christmas carol with disputed origins. The most popular English version of the song was written in 1841 by the English Catholic priest Frederick Oakeley.

The original Latin song has been credited to several people including John IV of Portugal in the early to mid-17th century, John Reading in the late 17th century, and John Francis Wade in the mid-18th century. Wade’s version is the one used today and was first published in Cantus Diversi in 1751. A copy of Wade’s original manuscript is housed by Stonyhurst College in Lancashire, England.

6. “Resonet in laudibus” (“Let the voice of praise resound”)/ “Christ was born on Christmas Day” 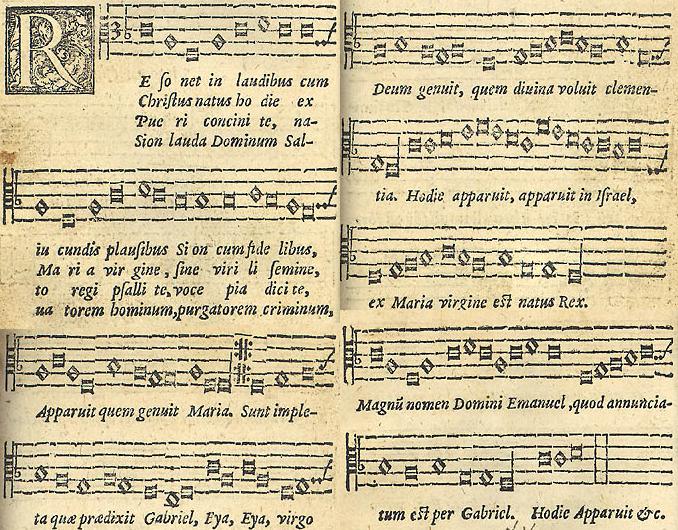 “Resonet in laudibus” is a traditional Christmas carol from 14th century Europe. Its exact origins are difficult to date, but it was widely-known and sung all over medieval Europe. The oldest known written copy of the song appears in the Moosburg Gradual of 1360.

In 1582, the Piae Cantiones — a collection of medieval Latin songs — was first published.

The book helped popularize several of the most-known Christmas carols including “Resonet in laudibus.”

Popular English hymn writer, John M. Neale, translated the song into English as “Christ was born on Christmas Day” and based his version on the one in Piae Cantiones.

Created: circa 1328
Written By:  Heinrich Seuse
Country of Origin: Germany

“In dulci jublio” is another traditional Christmas carol dating back to medieval times. The song’s exact origins are unknown, but Heinrich Seuse is typically credited as the song’s author. According to German folklore, Seuse wrote the song sometime in 1328 after he heard the angels sing the words and joined them in a dance of worship.

The original song lyrics are a mixture of German and Latin and the oldest extant copy of the song is found in Codex 1305, a manuscript dating from around 1400.

One of the most popular versions of the song is the English version written by J.M. Neale called “Good Christian Men, Rejoice.”

Created: unknown – believed to be around the 13th or 16th century
Written By:  unknown
Country of Origin: France 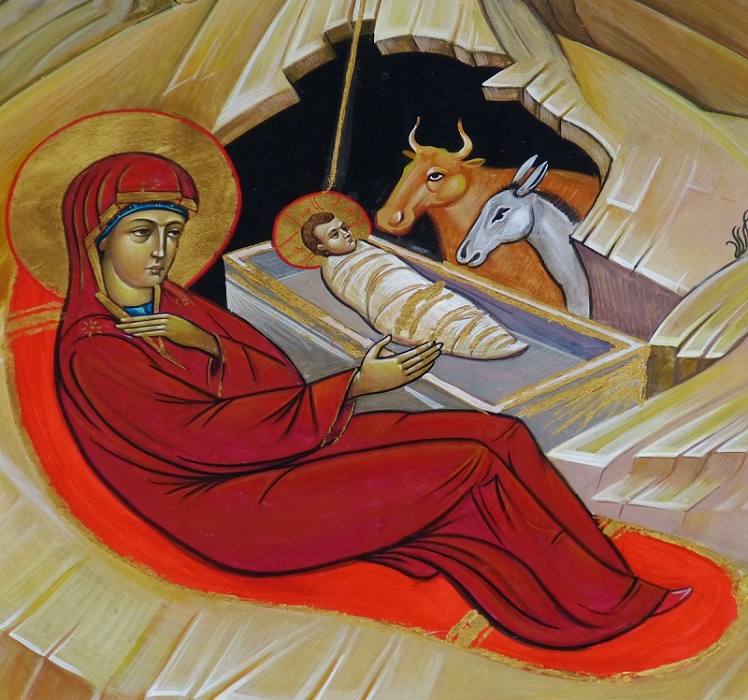 “Entre le bœuf et l’âne gris” or “Between the Ox and the Grey Donkey” in English, is one of the oldest French Christmas carols that is still sung today. According to different sources, the song either dates back to as early as the 13th century or the 16th century. Like most early Christmas songs, “Between the Ox and the Grey Donkey” is about the nativity scene.

Not much is known about the song other than the fact that it originated in France. The song may have been inspired by the Book of Isiah chapter 1 verse 3 where the ox and the donkey are present for the birth of Jesus Christ. 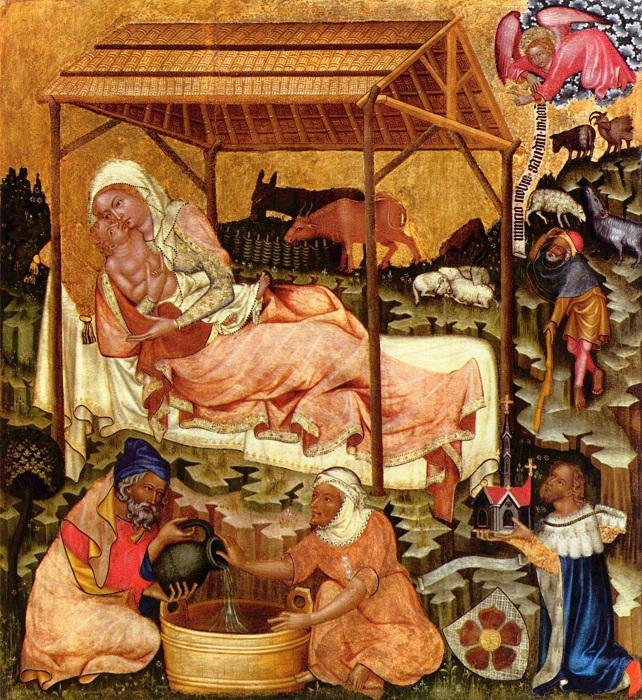 Of the very oldest Christmas songs on this list, “The Friendly Beasts” is still regularly sung today and is considered a traditional Christmas song. The song is about the animals (a donkey, cow, sheep, camel, and dove) present at Christ’s birth during the nativity scene and the gifts they bring to baby Jesus.

The original lyrics of the song were written by an unknown author in 12th century France and the song is set to the melody of the Latin song “Orientis Partibus.”

The modern English words were written by Robert Davis in 1920. Over the years, the song has been recorded by several famous singers including Burl Ives, Harry Belafonte, Johnny Cash, and Garth Brooks.

While “Corde natus ex Parentis” isn’t a popular Christmas song today, it is probably the oldest known Christmas song that is still performed by a few churches. The oldest written record of the hymn appears in a manuscript dating back to the 10th century.

The song, which is actually a Christian hymn, was written by Roman Christian poet Aurelius Prudentius. The words, which were originally written in Latin, were translated and paired with a medieval plainchant melody called Divinum mysterium.

Today, two English translations of the song are used in its performance: one by John M. Neale from 1851, which was later extended by Henry W. Baker a decade later and the other by Robert Furley Davis for the English Hymnal in 1906.

1. “Jesus Refulsit Omnium” (“Jesus, Light of All the Nations”) 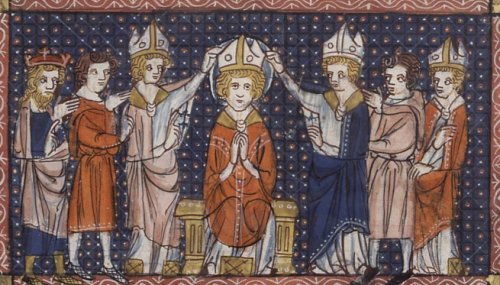 The hymn was composed in Latin by St. Hilary of Poitiers sometime in the fourth century. It is believed that he may have created the song after the first recorded Christmas celebration took place in 336 AD.

Several people credit St. Hilary as the first Latin Christian hymn writer and two other hymns are attributed to him. Although “Jesus Refulsit Omnium” is the oldest Christmas hymn, it isn’t widely-known today. 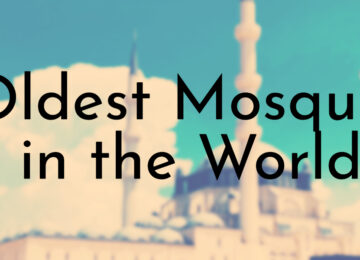 Posted by Victor Eaton 0
What does it take to be the oldest? In biblical times, that usually meant being the wisest and most experienced…