If you ask ten people what’s their favorite food, at least seven will say pizza. Yet, society considered this revered meal the food of the poor people for a long time.

Today, many would describe it as a luxurious delicacy, proving that pizza has an intriguing history and evolution. The story of this dish likely started in South Italy, Gaeta, dating back to 997 B.C.

Emigrants were the first pizza lovers, but that changed after World War II. Allied troops contributed to this food becoming more popular, as they enjoyed eating it while stationed in Italy.

However, some sources claim that modern pizza started as Pizzarelli or kosher cookies that Roman Jews ate after returning from the synagogue. Others believe focaccia is the origin of the pizza we know today.

But the first official mentions of this dish are from 16th century Naples, the period when pizza was only a street food well-off people avoided. Nonetheless, the Spanish are responsible for the modern pizza recipe, as they brought the tomato from the Americas and created the well-known taste millions love.

This article will identify the oldest pizza based on the longest-standing pizzerias and first historical mentions. 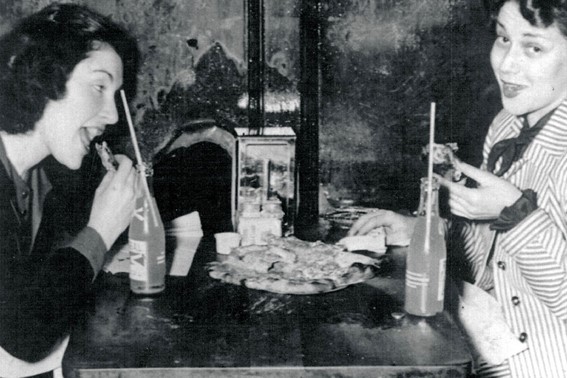 Even though it started as a neighborhood restaurant, Regina was successful from the beginning due to making pizzas with a Neapolitan-style thin crust and growing their own veggies.

Even though the Polcari family opened this pizzeria in the early 20th century, they still run it with the same consistency and dedication.

The oldest pizza, named Regina, is also the most famous in this restaurant and is available at all of Polcari’s locations. This brick oven pizza is based on an authentic family recipe, but Regina pizzeria also serves authentic Italian cuisine. 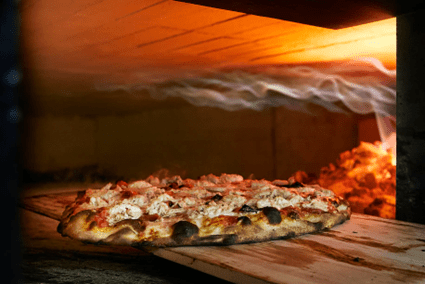 Frank Pepe, an Italian immigrant, dreamed of opening his restaurant much before he started selling his tomato pies on the market in New Haven.

Pepe’s first pizza is known as the New Haven-style thin-crust apizza, baked in a coal-fired brick pizza oven. But he started with two pizza varieties — the tomato pie and pizza with anchovies.

The first pizza Frank Pepe made didn’t contain mozzarella. Even today, Frank Pepe Pizzeria Napoletana chefs advise people not to order with cheese because it makes pizza too heavy and rich. 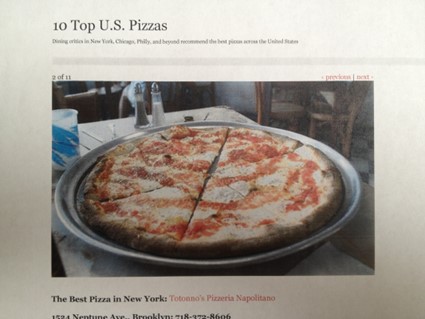 This Coney Island restaurant is the oldest continuously operating pizzeria in the USA, and its story started with an Italian family immigrating from Naples.

The oldest pizza in Totonno’s Pizzeria Napolitana included handmade mozzarella and fresh dough, the same ingredients they use today.

Totonno family claims passion is the most significant ingredient for their pizzas and why their pizzeria is among the longest-running in the world. Moreover, they rarely change anything in the restaurant, ensuring people can taste the same pizza today they would 98 years ago. 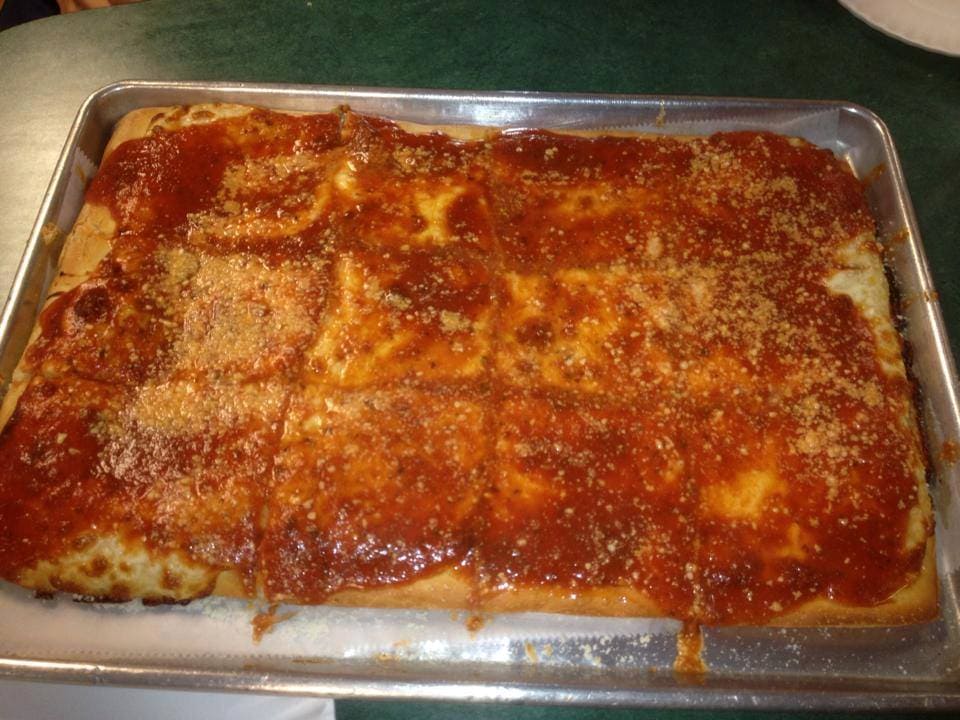 O’Scugnizzo’s oldest pizza is a tomato pie (a pizza without mozzarella cheese), but the restaurant is also well-known for its square pizza, the first one in Utica.

Even though Eugeno passed away long ago, his son, Angelo Chops Burlino, took over the business. However, Angelo follows his father’s recipes and adds passion to every pizza he makes, explaining why many people call this pizzeria the Pizza King.

The upside-down pizza is among the oldest pizzas in the world and O’Scugnizzo’s. This pizza has sauce on top of cheese and toppings on the bottom. 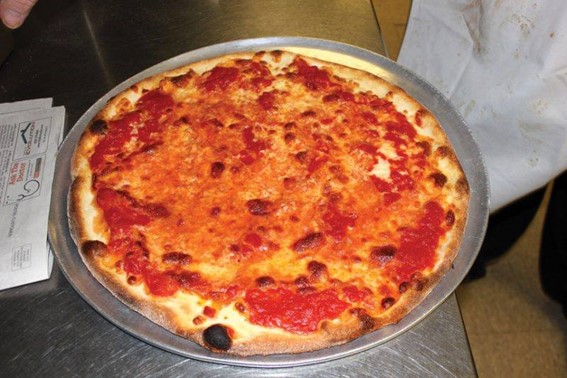 Even though most people consider it the same as pizza, Trenton tomato pie has a different making process. The latter is typically circular and has a thin-crust variety and cheese.

Thus, chefs put the mozzarella and toppings first, and only then the tomato sauce.

Giuseppe Joe Papa made his first pizza when he was just a boy. But the process of making it didn’t change, and Papa’s Tomato Pies pizzas still taste as they did in 1912, thanks to using the handmade sauce and meatballs, fresh-cut mozzarella, peeled and cut tomato, and olive oil. 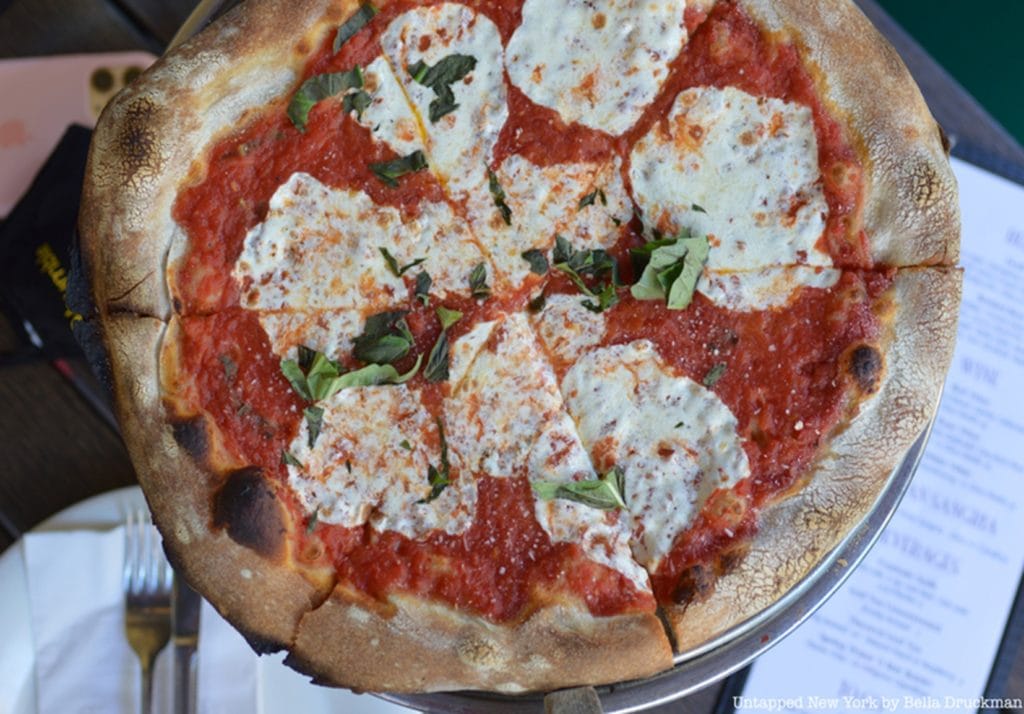 The original Lombardi’s is America’s first pizzeria, and its story began when the Italian immigrant Gennaro Lombardi opened a grocery store on Spring Street in 1897.

However, this restaurant closed between 1984-1994, surrendering the title of the oldest continuously running pizzeria to Papa’s Tomato Pies in New Jersey.

The oldest pizza in Lombardi’s are the tomato pies, and Gennaro first sold them to workers from the area’s factories during lunchtime. But the restaurant became famous thanks to their unique Margherita pizza recipe, the one they haven’t changed all these years.

Lombardi is credited with developing New York Style pizza, and the Pizza Hall of Fame celebrates his pizza as the oldest in the country. Moreover, Lombardi’s chefs still use the original Margherita recipe – fresh mozzarella, tomato sauce, light dough, and sweet basil. 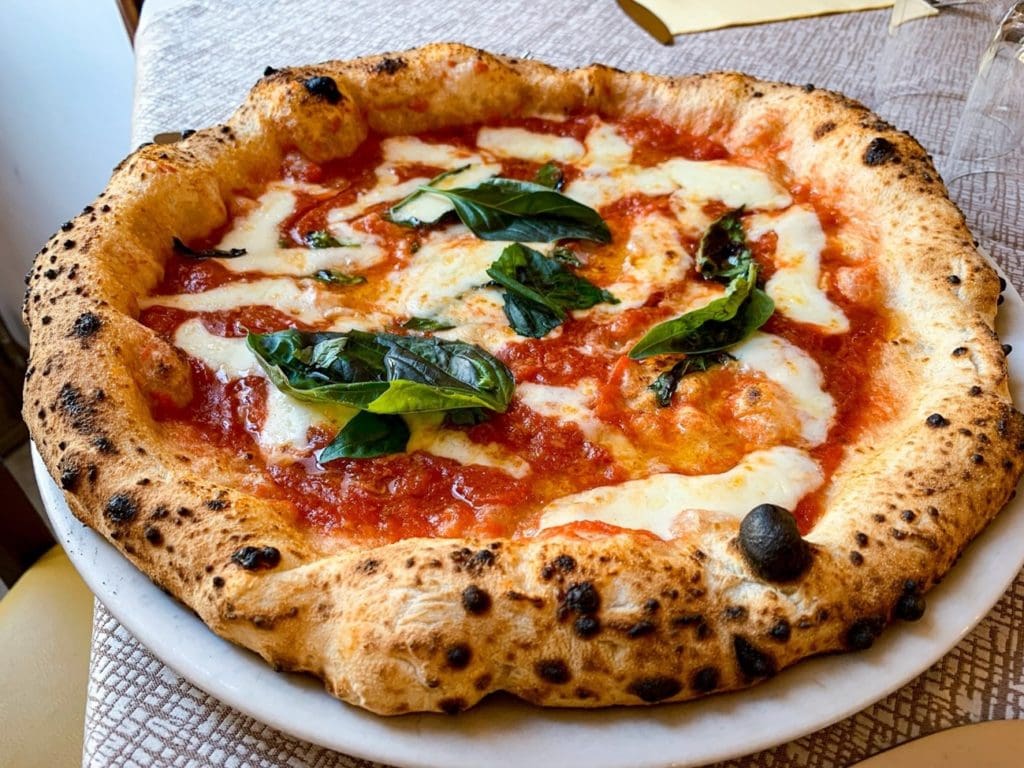 Errico Lombardi opened Lombardi Pizzeria with his family in 1892, right before the turn of the century. Before starting his pizza business, Errico explored the New World with his brother and wanted to make a fortune.

His brother, Gennaro, stayed in the USA and opened Lombardi’s pizzeria, but Errico returned to his beloved Naples and started the restaurant with his son.

Today, the Lombardi family still runs this pizzeria, using the same tasty recipes they used in 1892.

Pizza with provolone cheese is among the oldest dishes in Lombardi Pizzeria and guests’ favorites. However, their other recipes include similar ingredients, such as bright tomatoes and fresh basil. 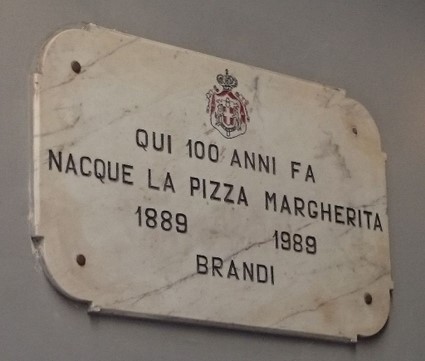 Because of that, he received a request to prepare a pizza for Queen Margherita of Savoy, who was visiting Naples with King Umberto I.

The queen enjoyed most the pizza with tomatoes, mozzarella cheese, and basil, inspiring Esposito to name this dish Pizza Margherita and use it to promote his restaurant.

Even though historians consider the legend of Pizza Margherita false history, many people still call Raffaele Esposito the father of modern pizza and inventor of Margherita.

It’s unclear whether Esposito is indeed the creator of pizza Margherita since various sources indicate pizzas with the same toppings were already present in Naples between 1796 and 1810. But many people also believe Esposito was the first pizza master who made this dish with mozzarella cheese. 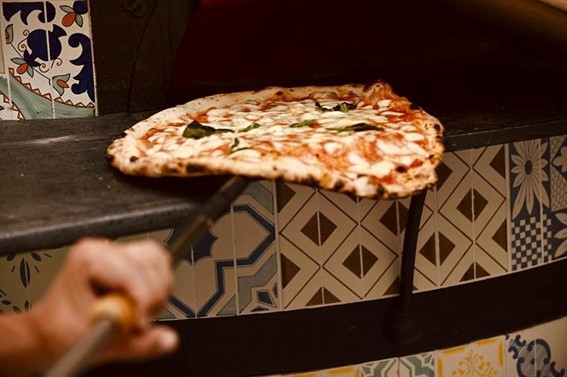 Family Conduro, led by Salvatore, started a long tradition of pizzaiolo masters by opening a pizzeria in the center of Naples in 1870.

However, Michele Conduro, Salvatore’s son, perfected the pizza-making art by learning from famous Torre Annunziata masters and taking his recipes to the next level.

Even though the restaurant has different management, L’Antica Pizzeria da Michele is still run by family Conduro and uses the same ingredients as Michele.

The oldest two in this pizzeria are also the only two pizzas they serve — Margherita and Marinara.

L’Antica Pizzeria da Michele is unique because it has always served only two pizza variations, as they want to preserve their pizza’s unique flavor and authenticity. They use only natural ingredients and the ancient, proven method of leavening the dough to make their Margherita and Marinara pizzas. 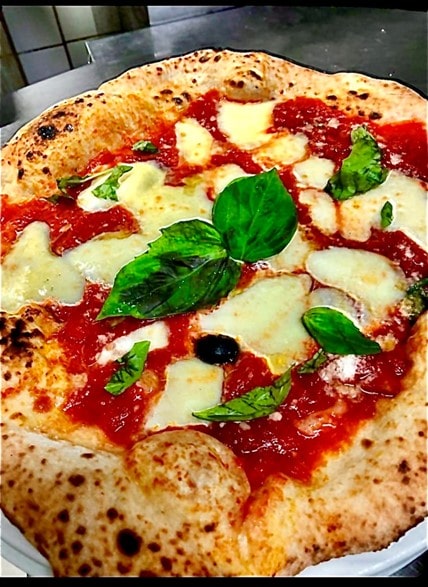 Antica Pizzeria Port’Alba is considered the first pizzeria in the world, and likely served the oldest pizza credible sources can track.

This restaurant quickly became the principal meeting point for Neapolitan men, and it replaced street vendors who made pizza in wood-fired ovens and brought it onto the street.

But the principal patrons of Antica Pizzeria Port’Alba were students, artists, and other underprivileged people, explaining why their oldest pizza had simple toppings – oil and garlic. The Mastunicola is among the oldest pizzas in this pizzeria, and it was made from lard, sheep milk cheese, and basil.

Customers could pay for the oldest pizza in Antica Pizzeria Port’Alba eight days after their meal back in 1738. This system was known as pizza a otto. 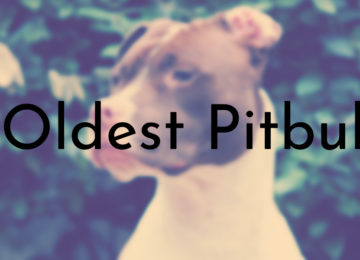 8 Oldest Known Pitbulls in the World 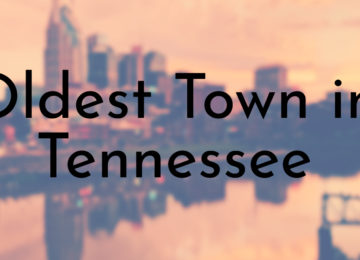 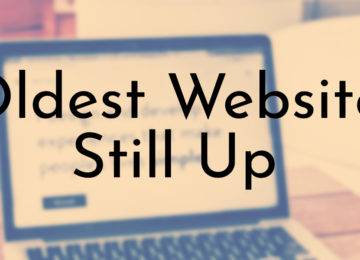