The records cover a wide range of topics – that we have also covered in the past –  including the world’s oldest rocks, the oldest dog, oldest mountain ranges, the oldest artifacts ever discovered, oldest cave arts, and the oldest dinosaurs ever uncovered. 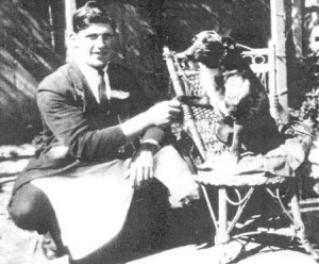 No list about the world’s oldest records would be complete without the inclusion of man’s best friend. According to Guinness World Records, an Australian cattle dog named Bluey is the oldest verified dog ever. Bluey was over 29 years old when he died in 1939.

Bluey was owned by Les and Emma Hall, who got Bluey as a puppy in 1910. The long-lived dog spent his life working on a cattle and sheep farm before he had to be put down. While Bluey is the oldest dog ever, many other dogs have come close and are included on our list of the world’s oldest living dogs. 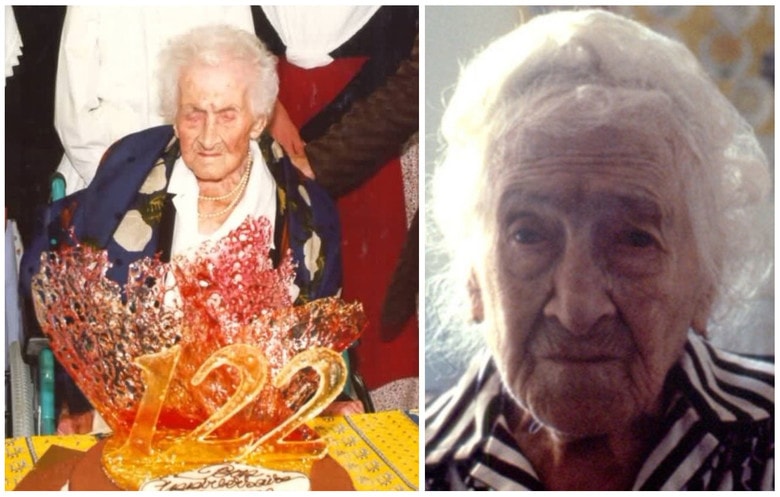 A woman named Jeanne Louise Calment, who was from France, is the oldest verified person in the world ever. Calment was 122 years and 164 days old when she died and she has held the Guinness World Record for over 21 years. Calment was born in 1875, an astonishing 14 years before the Eiffel Tower was fully constructed!

One of the factors that may have had a hand in Calment’s longevity was that she did not have to work for a living. Clament married a wealthy distant cousin and led a life of leisure that involved swimming, tennis, roller skating, and cycling. According to Guinness World Records, Calment continued to ride a bike until she was 100! In 1988, Calment’s age was first verified and she became the oldest living person in the world for the next decade. Calment remained in great physical and mental health until the day she died. 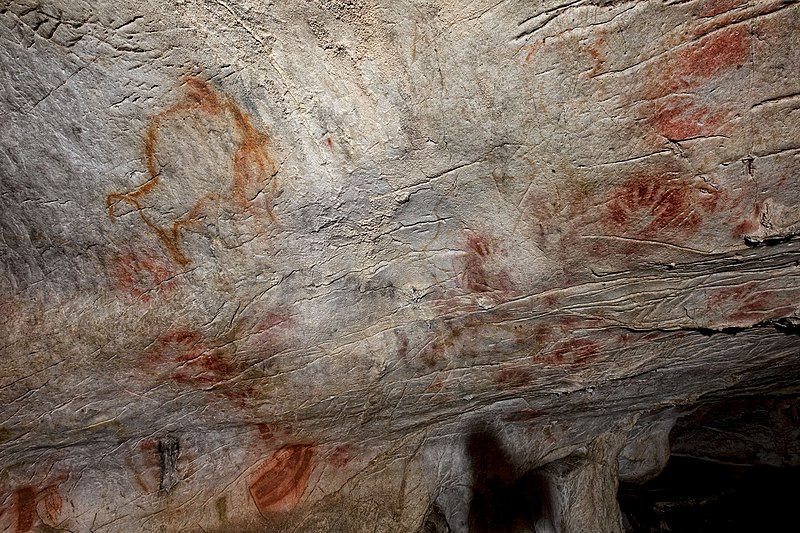 The cave art in El Castillo cave in Cantabria Spain are over 40,800 years old and are considered the oldest cave art ever discovered in the world. Researchers have discovered about 275 separate figures, including horses, bison, doe, aurochs, stags, goats, a mammoth, and the outlines of human hands. The paintings’ artists used red, black, and yellow pigments and as well as engraving techniques.

Archaeologists aren’t sure who painted the cave art, but suggest that it may have been Neanderthals. Modern humans were also in the area at the time. More evidence is needed to confirm whether or not the cave art was made by Neanderthals or another human species. 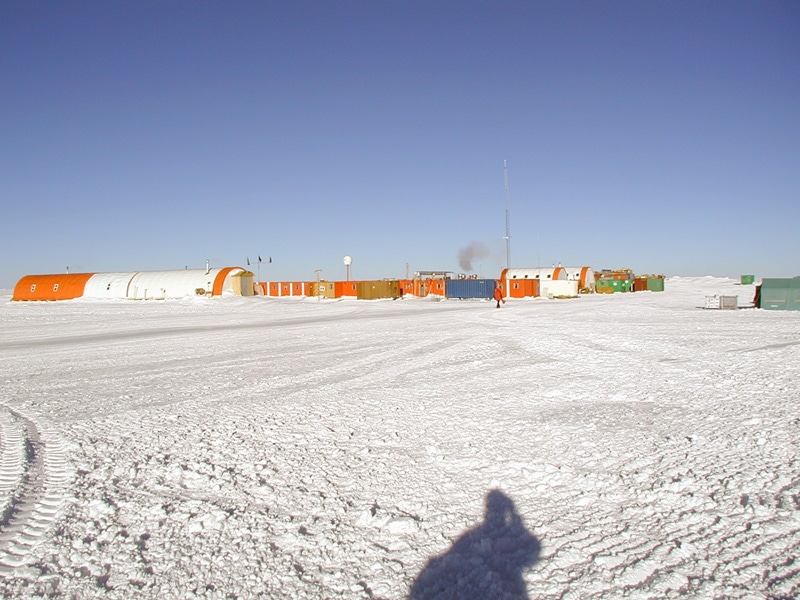 Currently, Guinness World Records says that the world’s oldest continuous ice core is about 740,000 years old. The ice core came from Dome C in Antarctica and was studied by the ten-nation EPICA (European Project for Ice Coring in Antarctic). The team’s research was published on June 9, 2004 and showed that the ice core provided a climate record for the past 740,000 years.

The Dome C ice core confirmed that the Earth has experienced eight ice ages over the last 740,000 years and eight warmer periods, which are known as interglacials. Although the Dome C ice core is still listed as the world’s oldest ice core by Guinnness, in 2017, researchers revealed that they had drilled a 2.7 million year old ice core. This newer ice core dates back to the start of the Earth’s ice ages. 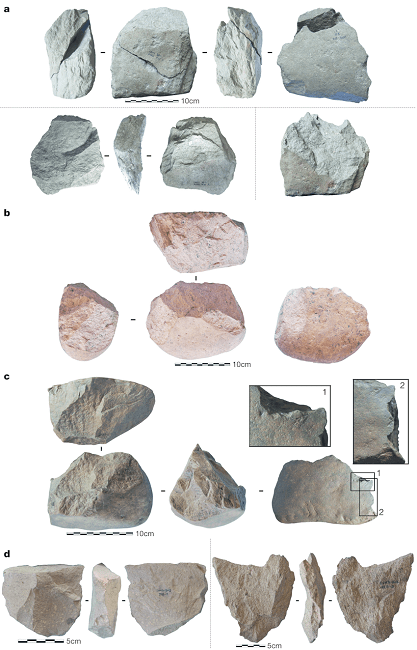 Stone tools uncovered at the Lomekwi 3 archaeological site in West Turkana, Kenya are estimated to be about 3.3 million years old. In 2015, a paper was published describing the ancient tools in details by Sonia Harmand of Stony Brook University in New York and her team.

Before the team’s research, it was believed that the use of tools emerged with the Homo genus (our early human ancestors). However, the stone tools from Lomekwi show that other even earlier hominin species were making tools nearly a million years before the earliest human tools were discovered – Oldowan tool culture dates to 2.6 million years ago and is attributed to Homo habilis. 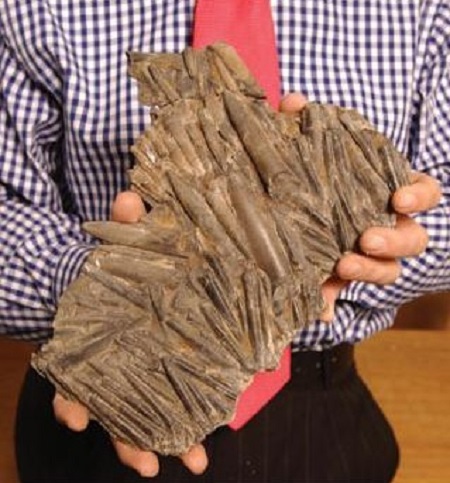 In 2002, a team of paleontologists led by Peter Doyle of the University of Greenwich in England, announced that they had discovered what they believed to be the world’s oldest vomit. The fossilized vomit came from ichthyosaurs, which were aquatic dinosaurs who lived over 160 million years ago. Doyle and his team found the fossil in a clay quarry in Peterborough, England.

According to Doyle, the ichthyosaurs behaved similar to modern sperm whales and “ate their fill of belemnites, a squid-like shellfish, before vomiting the indigestible bullet-shaped shells.” Sperm whales throw up the inedible squid beaks. Doyle and his team were able to determine that the fossil was vomit because the belmnite shells show signs of being etched by digestive juices. 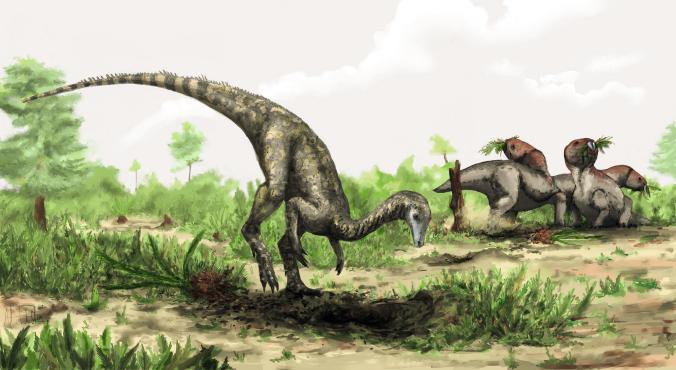 Fossils of a now extinct species called Haikouichthys were first discovered in 1999. Researchers revealed the fossils were about 530 million years old and represent the earliest known fossil fish. According to Guinness World Records, Haikouichthys is the world’s oldest vertebrate.

The discovery of the Haikouichythys fossils pushed back the estimate for when fish evolved by 50 million years. According to the scientists who made the discovery, the period of time that the Haikouichthys dates from would have been very early in the evolutionary tree from simple creatures to more complex ones. 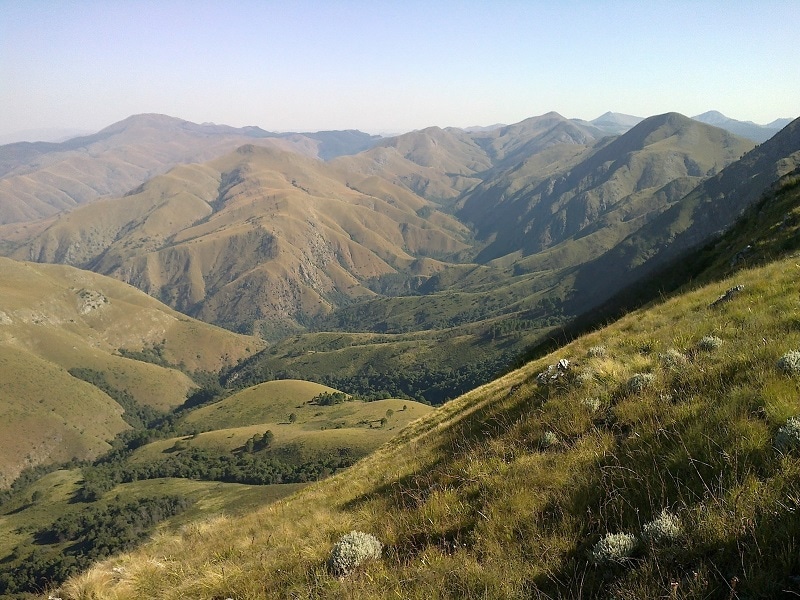 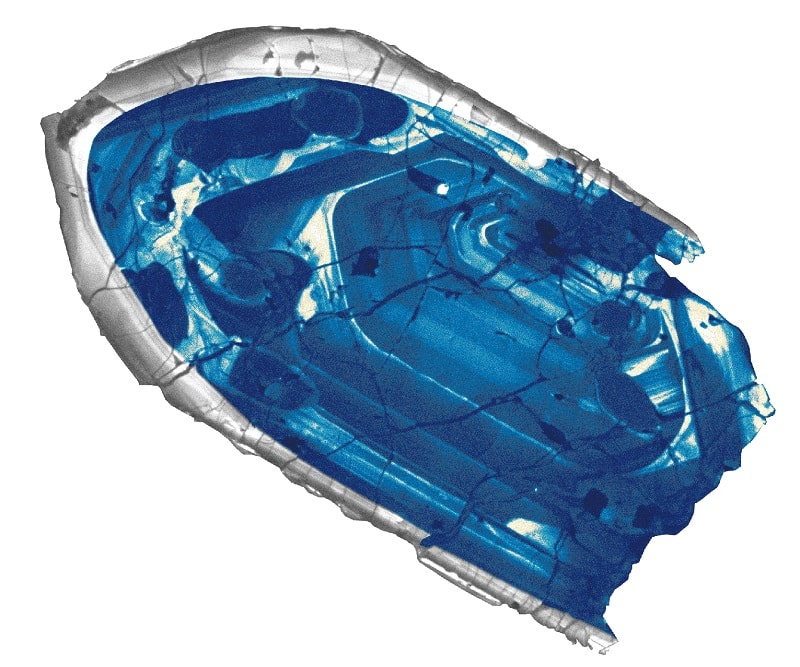 Tiny pieces of zircon found in the Jack Hills of Western Australia are believed to be about 4.374 billion years old. According to Guinness World Records this zircon is the oldest fragment of Earth ever discovered and the oldest world record in the book.

Scientists published their findings on the the old age of the zircons in early 2014. The age of the zircons suggests that they formed early on in Earth’s history, about 165 million years after the Earth first formed. The pieces of zircon also provide valuable insight into what Earth was like in its early days.

7 Oldest Civilizations in the World

Posted by Lauren Johnson 6
Spread the loveWhile the earliest hominid or human like species first appeared around 2 million years ago, early homo sapiens, or…

9 Oldest Models in The World