Hymns, songs dedicated to a deity or deities, are a timeless part of several religions and religious factions. Some of the earliest texts and songs in human history are hymns, teaching us about the religious, social, and cultural priorities of the people and societies who authored them. And, for many ancient hymns, modern listeners have contributed their own musical accompaniment, making most of these songs a collaborative effort between the centuries. Read below to learn about hymns from different countries, religions, and time periods. 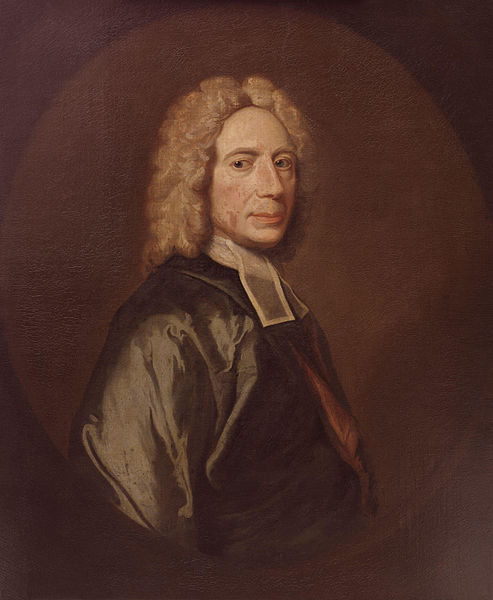 Although a popular song at Christmas time, “Joy to the World” is actually about the return of Christ, rather than his birth. The writer, Isaac Watts, grew up in a religious family and loved poetry from a young age. After pursuing a religious life, he began to publish hundreds of hymns and received mixed reception as writing original Church music was not in fashion at the time. He based “Joy to the World” on Psalm 98, which details Christ’s second coming. In this way, the hymn looks to future events rather than past ones. 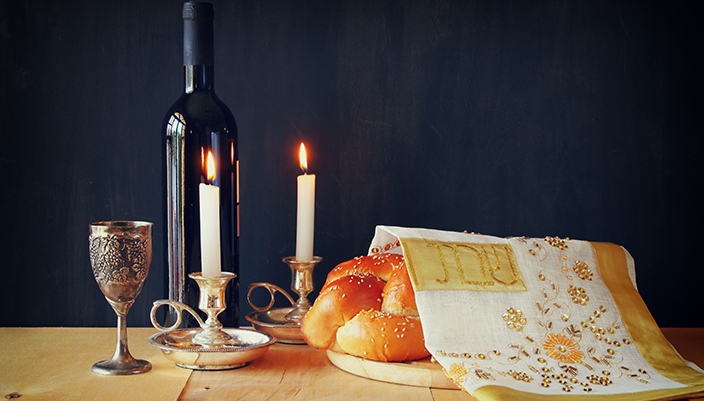 Yah Ribon Olam, which translates to “God, Master of the Universe,”  is a zemirot. Like many other hymns listed here, there is no record of official sheet music to go along with Yah Ribon Olam so several musical compositions exist. It was originally published in Arameic and differs from other Sabbath poems as it doesn’t discuss or reference the holy day, but simply celebrates God’s creation and glory. 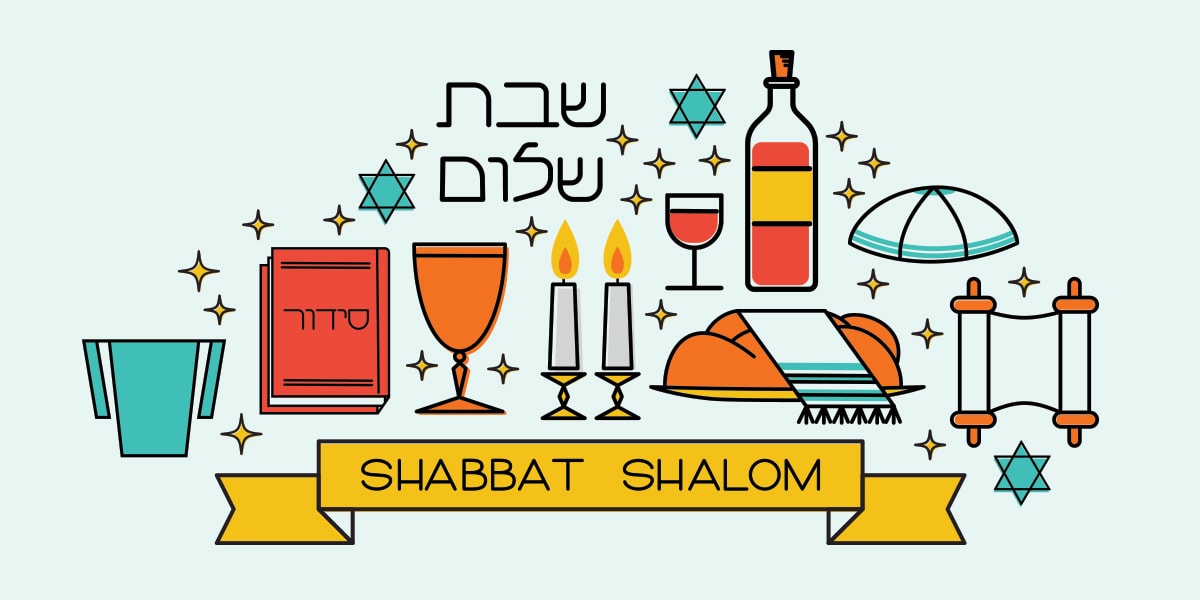 Tzur Mishelo is a zemirot, a hymn that celebrates the Jewish Sabbath. It’s typically sung at the end of the Friday meal, thanking God for the food and nourishment. Although the author is somewhat unknown, scholars posit it was written and/or adapted with guidance from Rabbis Isaac Luria and Israel Najara. It’s possible that the song is much older as some believe it was written between 70 and 200 CE.

Adon Alom is a Hebrew liturgical poem often attributed to 11th century poet and philosopher Shlomo ibn Gabirol (Although this is disputed). “Adon Alom” translates to “Eternal Lord” and the lyrics celebrate God’s power and creation. While Gabirol may not have intended it as a song in its original construction, Adon Alom has been given various musical compositions and is performed, either spoken or sung, throughout the Jewish service. 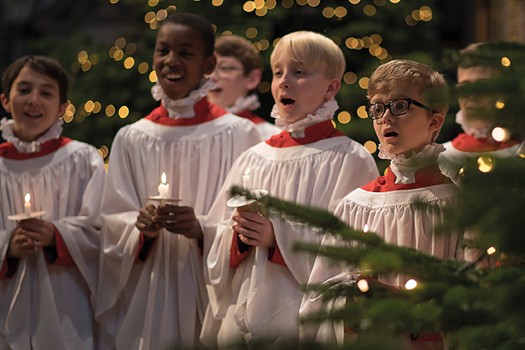 “O Emmanuel,” now sung as “O Come, O Come Emmanuel”  is part of the Antiphons, a group of hymns sung by early Christians around Christmas time. The Antiphons anticipate the birth of Christ, celebrating his arrival as humanity’s savior. “O Emmanuel” specifically asks Jesus to come to Earth and save his people. It was traditionally performed in Latin on the night prior to Christmas Eve.

8. Be Thou My Vision 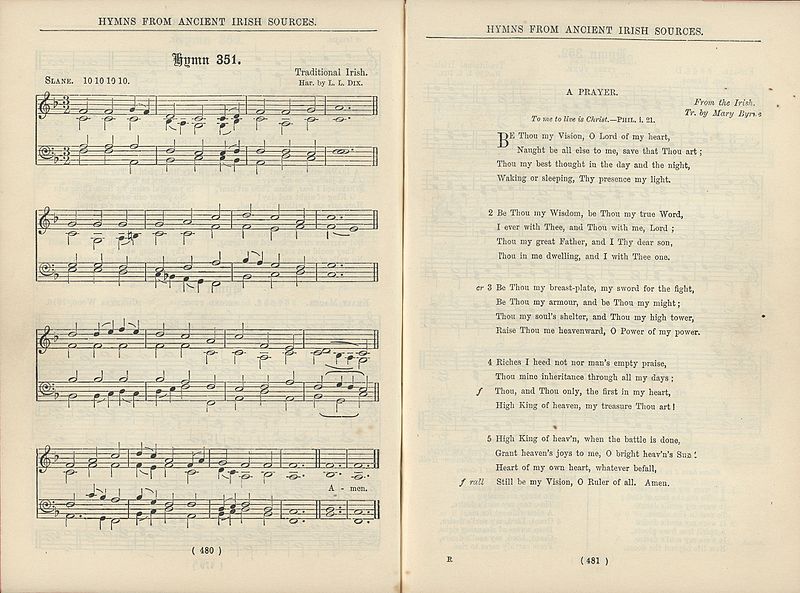 “Be Thou My Vision” is a traditional Irish Catholic hymn written in Gaelic and later translated to English by Mary Byrne in the early 20th century. Later on, Eleanor Hull versified the poem for musical purposes, solidifying its role as a hymn. Many of the descriptions of God draw directly from Irish cultural practices, which teaches us about beliefs at the time. 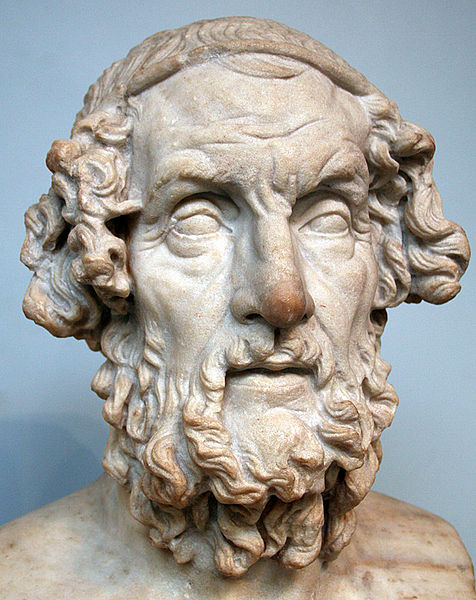 The Homeric hymns  are a collection of poems (or, potentially, lyrics without music) written for the Greek gods. The hymns most likely have multiple authors and range over a few centuries, but have the “Homeric”  title to reflect their general style. Some of the hymns are quite short at only three lines while others read more as epic poems at about 500 lines. There are 33 hymns in total, with a few gods having multiple hymns. Unlike the rest of the hymns on this list, there are no musical renditions of the Homeric Hymns since they come from a now dead religion, but you can still read them!

6. Of the Father’s Love Begotten

Aurelius Prudentius was an early Christian lawyer and poet who pursued poetry later in life at the age of 57. He wrote “Of the Father’s Love Begotten” in Latin as part of a book entitled “Hymnus Omnis Horae” (a hymn for all hours). Like many other early Christians trying to bring the religion to the mainstream, Prudentius most likely wrote this hymn to push against heresy. The hymn establishes central Christian beliefs. 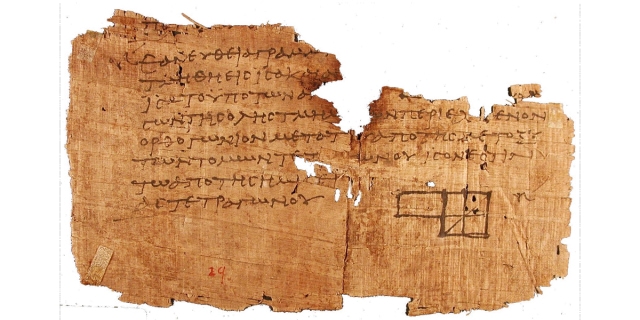 The Oxyrhynchus hymn, named for the Egyptian archaeological site in which it was discovered, is the oldest Christian hymn with both music and lyrics in recorded history. Uncovered in 1918, the Oxyrhynchus hymn tells historians both about early Christian practices and the spread of language and culture in the Roman empire circa 400 CE. The hymn is written in ancient Greek and asks for the world to be silent as the singers celebrate God. The original papyrus can be visited at the Sackler Library in Oxford. 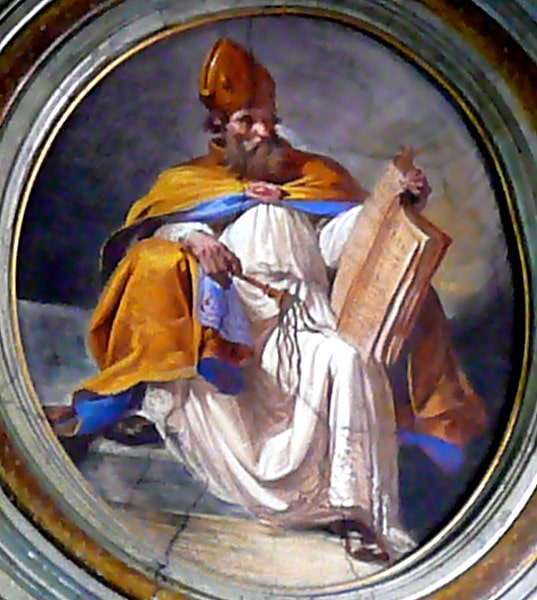 Ambrose of Milan, an early Italian Christian, dedicated much of his time to combating heresy, or the act of violating Christian doctrine. He was also a strong advocate for Christianity throughout the Roman Empire and used his song writing to express his beliefs. “O Splendor of God’s Glory Bright” was originally written in Latin and asks Christ to provide divine guidance. Physician Robert Bridges translated the hymn to English during the Victorian era. It’s still played today, with different musical accompaniment depending on the church and/or musician who performs it. 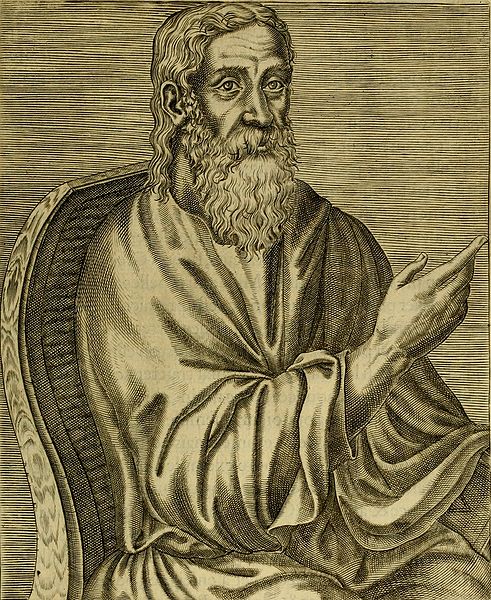 “Shepherd of Tender Youth” is a Christian hymn credited to St. Clement of Alexandria. Written in 200 CE, it is one of the oldest Christian hymns to date, but historians have only uncovered the lyrics and not the music. As a result, different churches or singers have different versions of the song, depending on the tune they’ve chosen. St. Clement, who converted from paganism to Christianity, wrote the song for recent converts, using youth as a metaphor for their new roles as Christians. 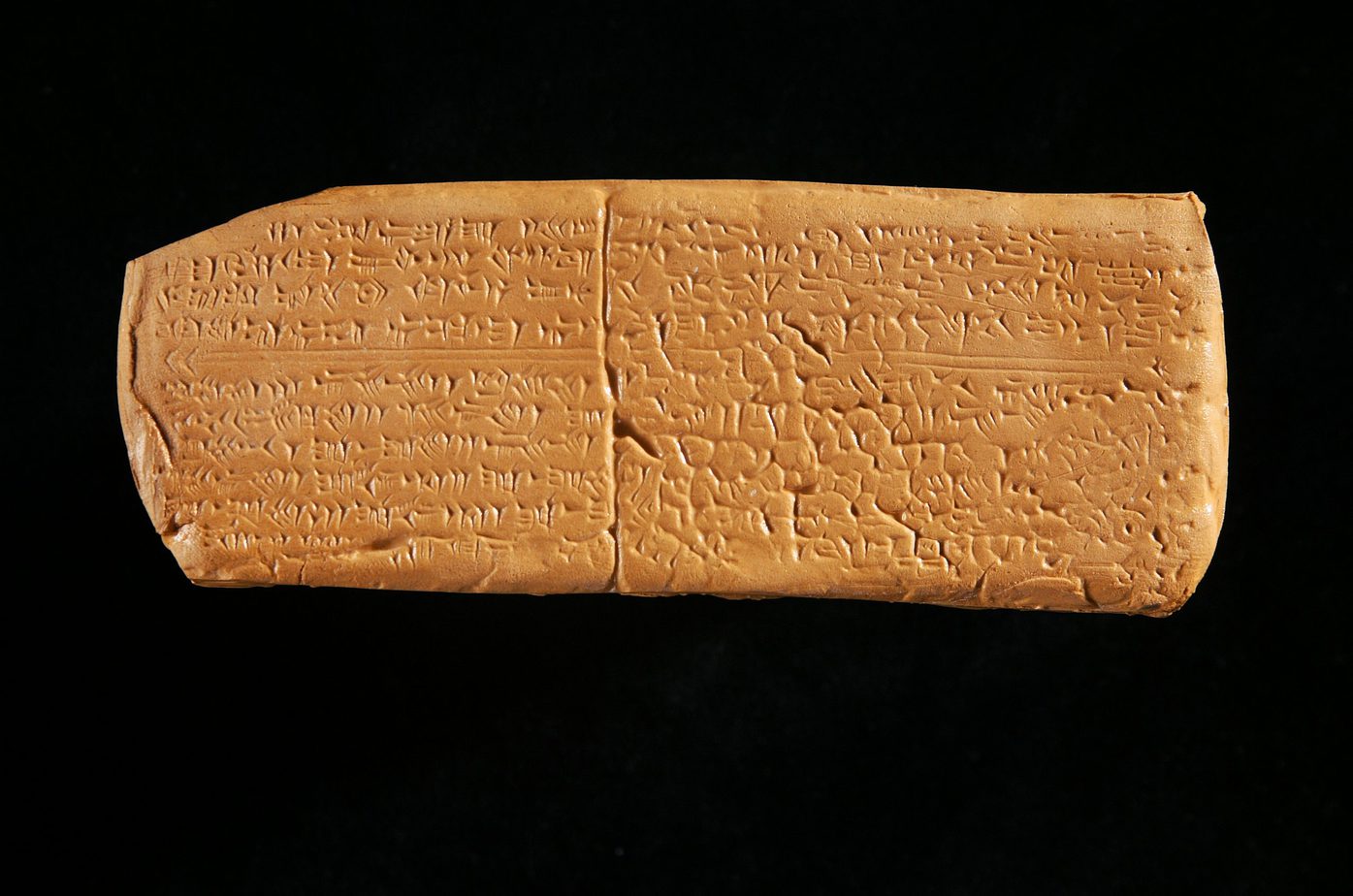 The Hurrian Hymn is the oldest song in recorded history. Discovered on a cuneiform tablet in 1950s Syria, the music dates back to over 3400 years ago. It was found in a group of tablets, but this was the only one that could be reconstructed. It indicates that it should be played on a lyre and a sort of ancient guitar. It isn’t written like music nowadays, but, instead, includes instructions on how to play the melody. The translated lyrics show that it honors Nikkal, Hurrian goddess of the orchards. 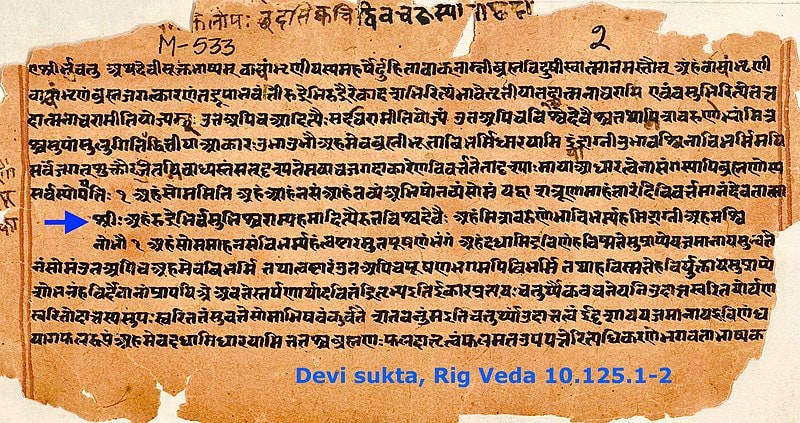 The Rigveda is a collection of over 1,000 hymns and poems written in Sanskrit from the Hindu religion and considered one of the oldest Hindu texts. It was originally developed in 1500 BCE and preserved orally until it was written down in 300 BCE. This makes the Rigveda the oldest hymn in the world.

The choral hymns in the Rigveda are divided into four groups and mostly dedicated to various gods and religious practices. Composer Gustav Holst put the choral hymns to music in 1910.