When you think of a professor, you’re probably picturing an old distinguished man. Of course, the data backs this image up because very few people become full professors before reaching 40. On average, most full professors are 55 years old.

Not only are these some of the youngest professors ever, they are some of the greatest minds in STEM and have made countless contributions to their fields of research. 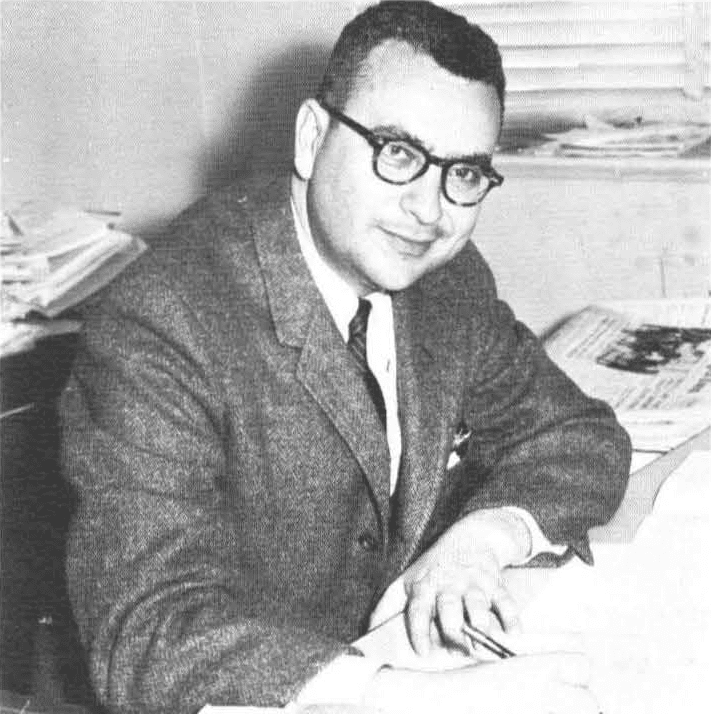 While most of the young professors on this list made notable contributions in their fields, Murray Gell-Mann‘s achievements are the most impressive. Gell-Mann was a physicist who won a Nobel Prize in 1969 for his work on the theory of elementary particles. He is credited with introducing the concept of quarks (a type of subatomic particle) and coming up with their name.

Before he went on to become one of the most prominent scientists in physics, Gell-Mann was, of course, a child prodigy. Gell-Mann entered Yale College when he was 14 and graduated with bachelor’s degree in physics.

Although it wasn’t his first choice for graduate school — Gell-Mann actually considered suicide after being rejected from Princeton and not being able to afford Harvard — Gell-Mann continued his studies at MIT. He earned his PhD in 1951 and became a visiting research professor at the University of Illinois at Urbana–Champaign from 1952 to 1953.

In 1955, Gell-Mann became a professor at the California Institute of Technology and remained there until he retired from teaching in 1993.

Murray Gell-Mann is one of the co-founders of the Santa Fe Institute, an independent, nonprofit theoretical research institute that is one of the world’s top science and technology think tanks. 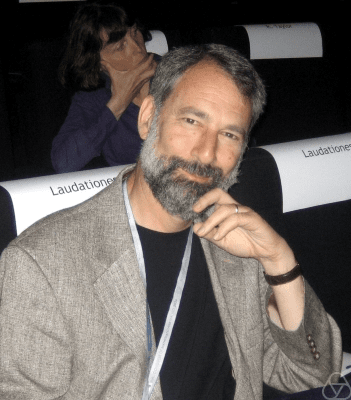 Charles Fefferman is another math prodigy that has excelled in the field for his entire life. His father introduced him to mathematics after Fefferman expressed interest learning how rockets worked. After reading through and understanding an entire 4th grade math textbook, Fefferman’s father proceeded to by him math textbooks until he reached calculus. It only took Fefferman a few days to master calculus before he was 12 years old.

Fefferman started college when he was 14 and published his first scientific paper the following year. Afterwards, he attended Princeton to earn his PhD in mathematics.

Not long after earning his doctorate, Fefferman became a full professor at the University of Chicago. Fefferman is still the youngest full professor ever because everyone else on this list started their careers as assistant professors.

In 1973, Fefferman returned to Princeton and remains there today as the Herbert E. Jones, Jr. ’43 University Professor of Mathematics. 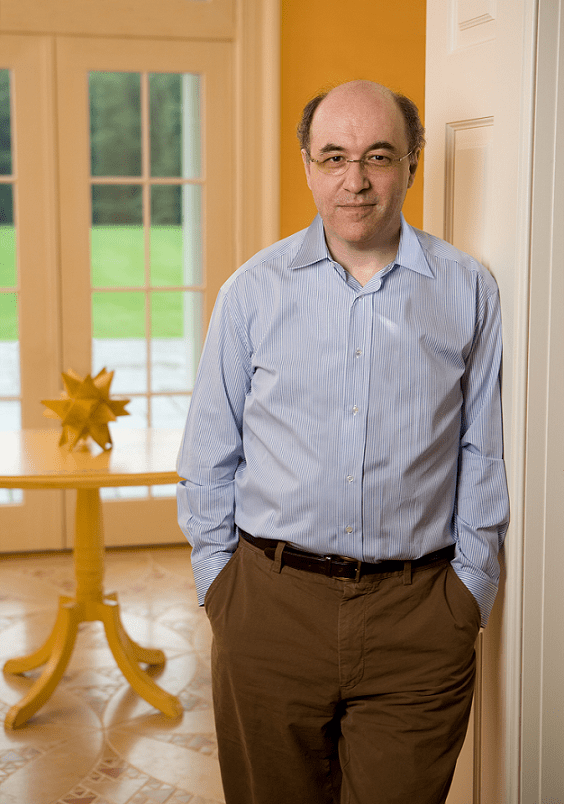 Unlike most of the other young professors on this list, Stephen Wolfram was not recognized as a child genius right away. In fact, his school thought he was a slow learner because he was unable to do basic arithmetic. However, Wolfram was just bored because the work was too simple. He excelled once he discovered higher math and science like calculus and physics.

At 17, Wolfram entered St. John’s College at Oxford, but left to attend Caltech instead the following year. He went on to earn his PhD in particle physics and was offered a teaching position at Caltech at the age of 21.

Wolfram moved on from Caltech and particle physics after two years. After studying other topics and teaching elsewhere for a few years, Wolfram completely left academia and founded founded Wolfram Research, Inc.

Stephen Wolfram’s company creates computational technology products that many of might recognize, including Wolfram Mathematica, WolframAlpha, Wolfram SystemModeler, and much more. 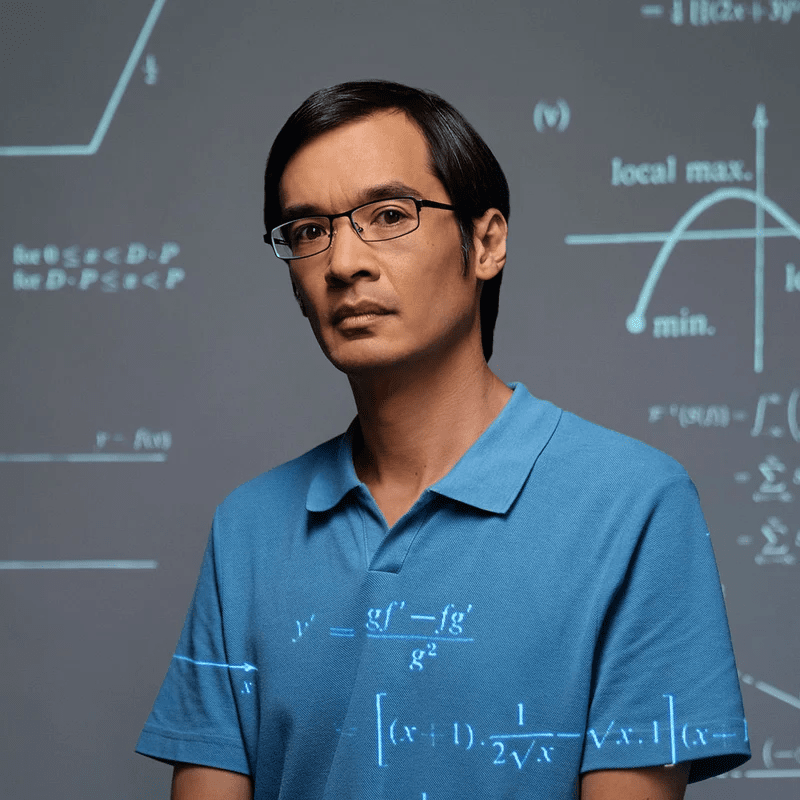 Terence Tao, who prefers to be called Terry Tao, has been a well-known name in mathematics since he was a child. Tao showed extraordinary math abilities from a young age and began taking university-level math courses when he was 9.

His math studies continued and by the time he was 16, Tao received his bachelor’s and master’s degree from Flinders University. In 1992, Tao won a Postgraduate Fulbright Scholarship to conduct mathematics research at Princeton University in the U.S. Tao earned his PhD in 1996 at the age of 21.

Later that year, Tao began teaching at UCLA and he was promoted to a full professor just three years later. UCLA says that Tao youngest full professor in the university’s history.

Tao still teaches mathematics at UCLA, while continuing his mathematics research through collaborations with other mathematicians. His work often receives mainstream attention in the scientific press.

Terence Tao remains as the youngest participant — and gold, silver, and bronze medal winner — in the International Mathematical Olympiad. He entered his first Olympiad when he was 10, then won a bronze medal at 11, a silver at 12, and finally scored the gold at the age of 13. 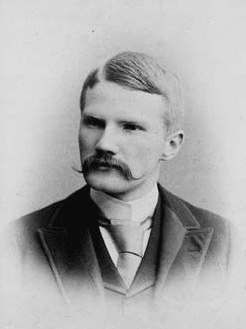 Charles Homer Haskins was born a prodigy. Before hitting ten years old, Haskins was fluent in Greek and Latin.

While he studied for his PhD at John Hopkins University, started teaching at the school. He was only 19 years old at the time.

Immediately after earning his doctorate, Haskins was hired as an instructor at the University of Wisconsin. Two years later, at the age of 22, he became a full-time professor and he eventually became the school’s European History Chair.

In 1902, Haskins moved to Harvard University, where he created a graduate studies program that is still used today. Haskins remained at Harvard until 1931, just a few years before his death.

Charles Homer Haskins wrote the 1927 book, The Renaissance of the Twelfth Century, and served as one of the committee members who helped solve WWI territorial problems during Woodrow Wilson’s presidency. 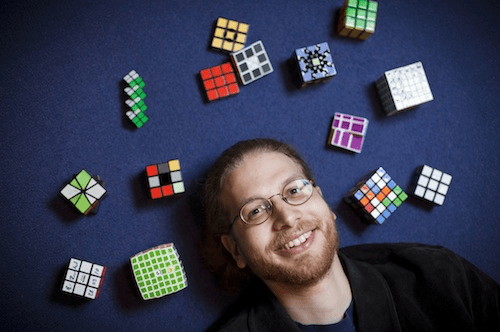 Erik Demaine has been a professor of computer science at MIT for over 20 years. While that may seem like an ordinary feat, Demaine started this job when he was only 20 years old! MIT officially dubbed Demaine the youngest professor in the school’s history — Demaine was actually an assistant professor before becoming a full professor in 2011.

Demaine was identified as child prodigy when he was seven, but his family took a non-traditional approach to his education. Instead of enrolling Demaine in rigorous courses and extracurriculars, he traveled across North America with his father — being homeschooled — until he started university at the age of 12.

He graduated from Dalhousie University at 14 and completed his PhD at the University of Waterloo right before he became an MIT professor.

Erik Demaine’s area of expertise is computational origami aka the geometry of paper folding. He wrote a book called Geometric Folding Algorithms in 2007. 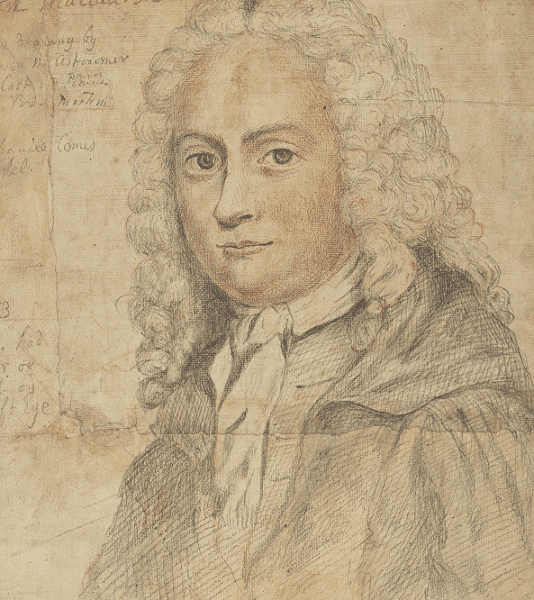 Before Alia Sabur broke his record in 2008, Colin Maclaurin held the record for world’s youngest professor for 291 years! Maclaurin was 19 years old when he became a professor of mathematics at the Marischal College in the University of Aberdeen.

He won the position after enduring 10 days of exams from the school — Maclaurin proved he was the most knowledgeable about advanced mathematics.

Naturally, Maclaurin was a child prodigy and attended the University of Glasgow when he was 11 years old. While at university, Maclaurin studied Latin, Greek, Logic, Moral Philosophy, Natural Philosophy, and Mathematics. He graduated with an M.A. three years later.

During his life, Maclaurin made several contributions to mathematics that are still used today. In his two-volume Treatise of Fluxions, Maclaurin provided a detailed discussion on infinite series, including the special case of Taylor series (an expansion of some function into an infinite sum of terms) named for him.

Two years after he became a professor, Colin Maclaurin became friends with Isaac Newton, who was so impressed with his work that he recommended Maclaurin become the mathematics professor at the University of Edinburgh. Maclaurin’s work improved the school’s reputation so much, that Newton offered to personally pay his salary. 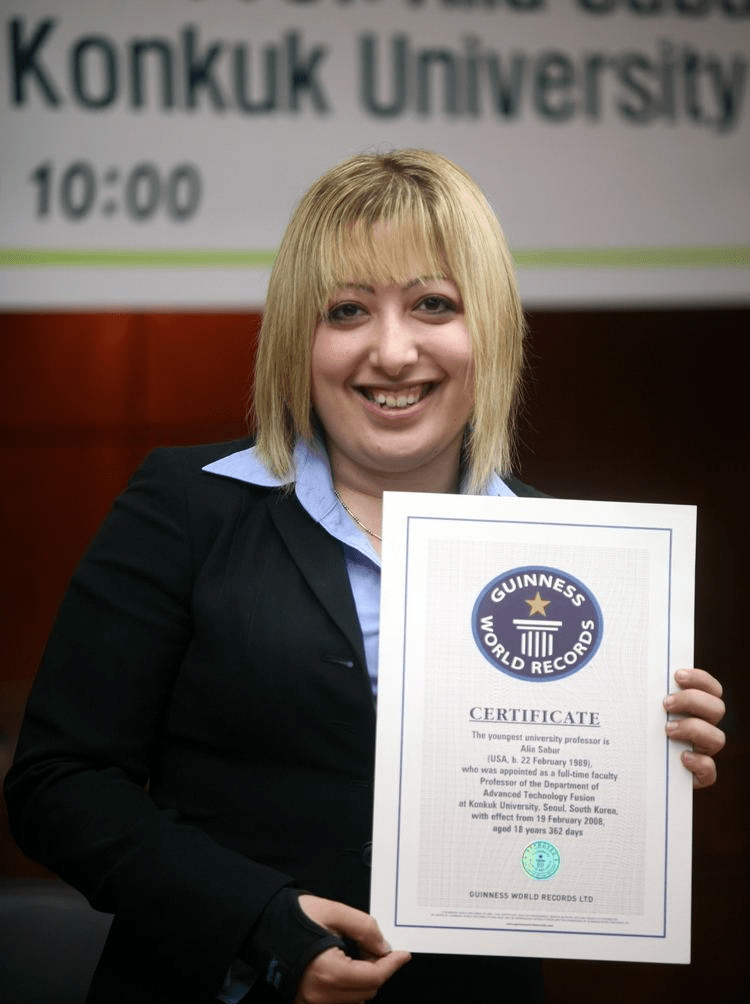 Alia Sabur was only 18 years old when she became a professor of the Department of Advanced Technology Fusion at Konkuk University in Seoul, South Korea. This makes her the youngest professor ever in history.

While there may be others trying to claim the title of youngest professor, Sabur is backed up by the Guinness World Records and she still holds this record today. Additionally, Sabur is one of the youngest college graduates ever.

Like all of the other young professors on this list, Sabur was a child prodigy who showed signs of her intelligence as a baby. Sabur learned to read when she was just eight months old. From there, Sabur blasted through her education and earned a master’s degree in materials science and engineering by the time she was 17.

Although, Sabur taught at Konkuk for only a year, she has had further success. She left academia completely and became an attorney specializing in intellectual property. In one of her last interviews from 2015, Sabur said that she was working for the U.S Patent and Trademark Office.

Outside of academics, Alia Sabur enjoys playing the clarinet and taekwondo. She performed as the principal clarinet with the New York Youth Symphony and also has a black belt in taekwondo.

Posted by Shasha Neil 0
Cold cases are the subject of some of the most popular TV shows, movies, and documentaries in the world, especially…

Posted by Shasha Neil 0
Bobby DeBarge was an American singer and musician with a voice destined to make waves in the R&B/soul genre. As… 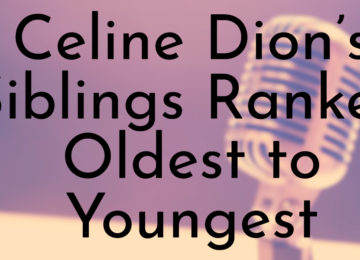 Posted by Lauren Johnson 0
Celine Dion hardly needs an introduction, as she is one of the few artists recognized on a first-name basis. But… 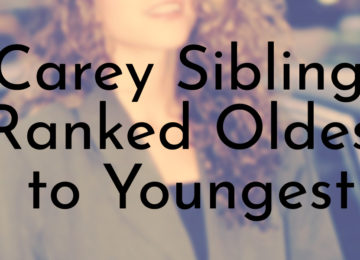 Posted by Shasha Neil 0
Mariah Carey is considered one of the greatest singers of the last 100 years. Others say she is one of…