People have been serving food to weary travels from their homes basically forever, but the first real restaurants/inns/taverns did not open in America until the 17th century. Most of the restaurants on this list have been open for over 150 years, with some of the oldest on this list predating the formation of the United States. Several of these restaurants also served as inns or important meeting places during the American Revolution.

As of November 2019, all of the restaurants on this list are still open for business. 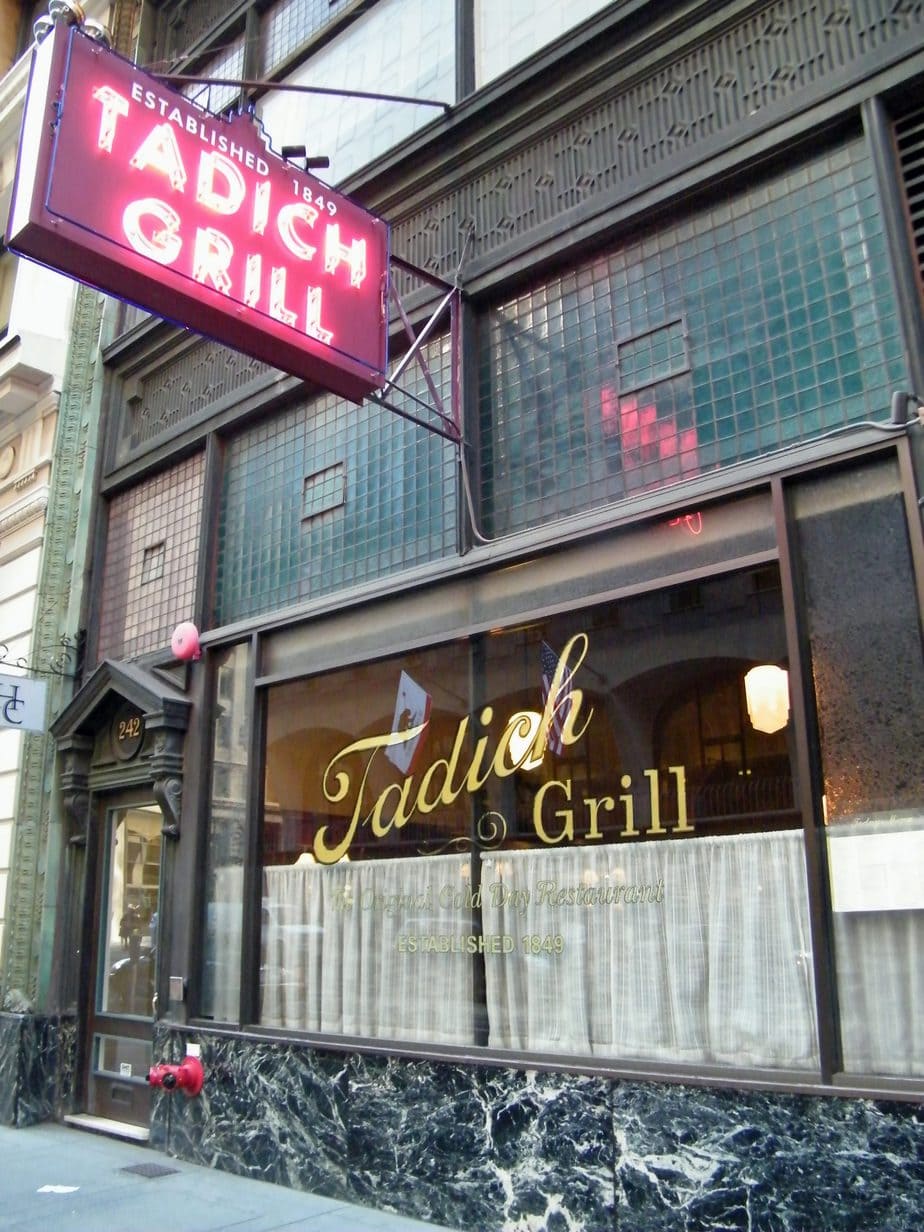 Despite its position on this list and others, Tadich Grill claims is the third oldest continuously run restaurant in America, just behind Union Oyster House and Antoine’s Restaurant. While this isn’t quite true, Tadich Grill has been opened since 1849, over 170 years ago.

Tadich Grill claims to be the first restaurant in America to grill seafood over mesquite charcoal, a method the restaurant still uses today. 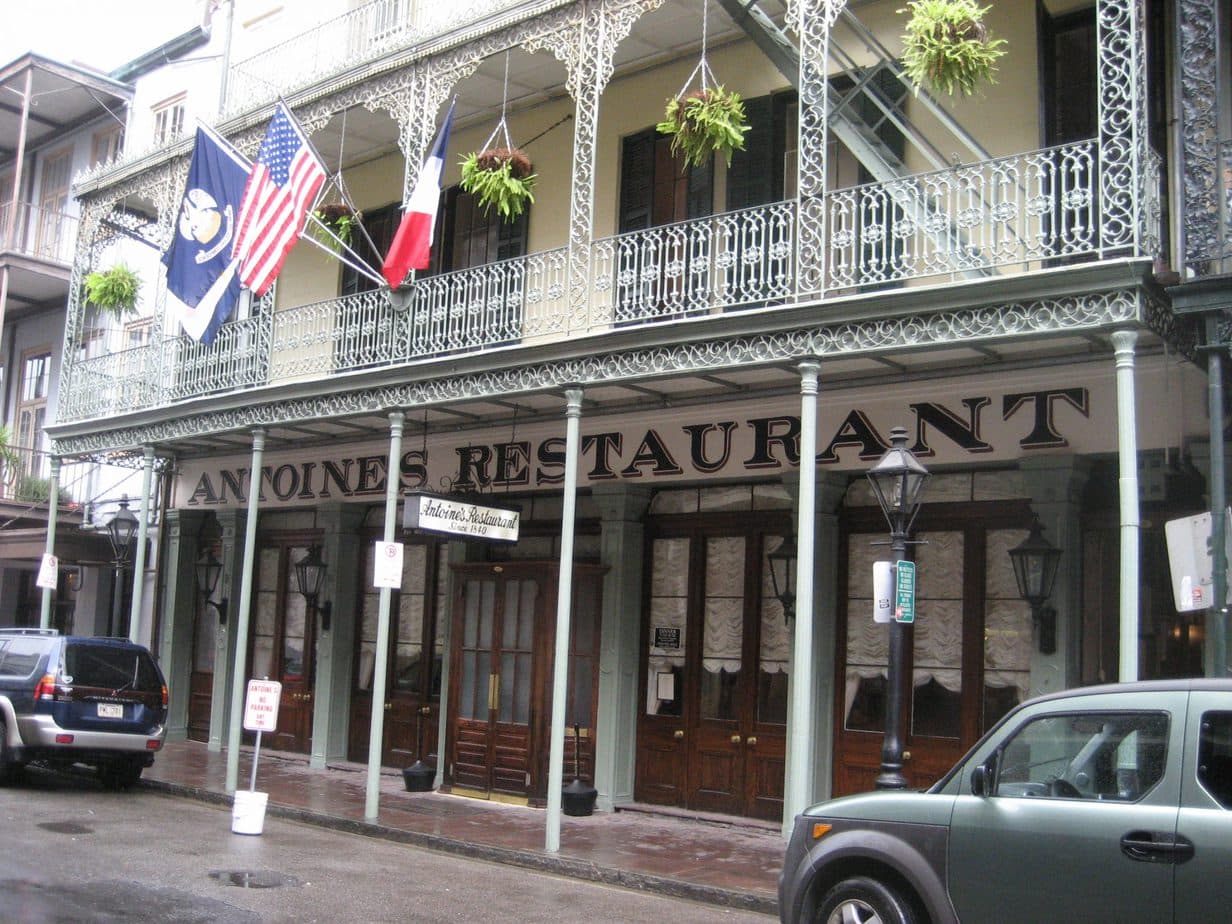 Of all the restaurants on this list, Antoine’s is the only one that has been continuously owned and operated by the same family since it first opened in 1840. Antoine’s was established by its namesake Antione Alciatore, a French immigrant who felt at home in the French-speaking city of New Orleans. Alciatore continued to run the restaurant until 1875 and his wife Julie Freyss Alciatore took over.

Since then, Antoine’s Restaurant has been passed down to Alciatore’s descendants. Since 2005, Antoine’s has been managed by family member Rick Blount, who renovated the building and updated the menu to help revive the restaurant’s popularity. 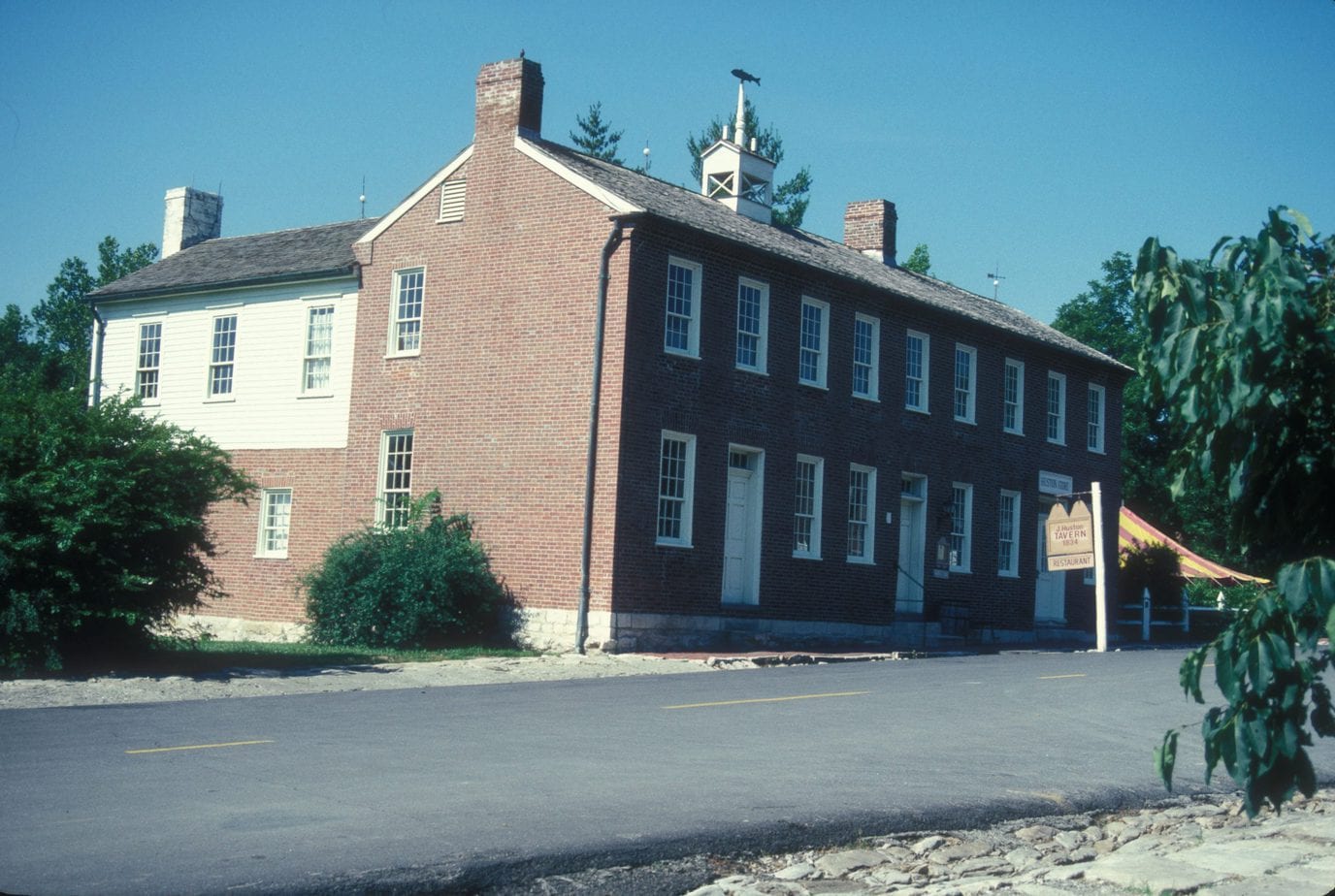 Houston Tavern is the oldest restaurant in the state of Missouri, dating back to 1834, and also the oldest continuously serving restaurant west of the Mississippi. The restaurant was first opened by Joseph Huston, Sr., an early settler of Arrow Rock and a civic leader from Virginia. It also served as the Huston family’s home.

In the mid-19th century, J. Huston Tavern expanded and a mercantile store and ballroom was added to the second floor. A larger dining room and an updated kitchen were built in 1955. Since the beginning of 2019, J. Huston Tavern has been run by Friends of Arrow Rock Inc.

Throughout J. Huston Tavern are museum spaces that show how the Huston family and their customers lived during the 1800s. 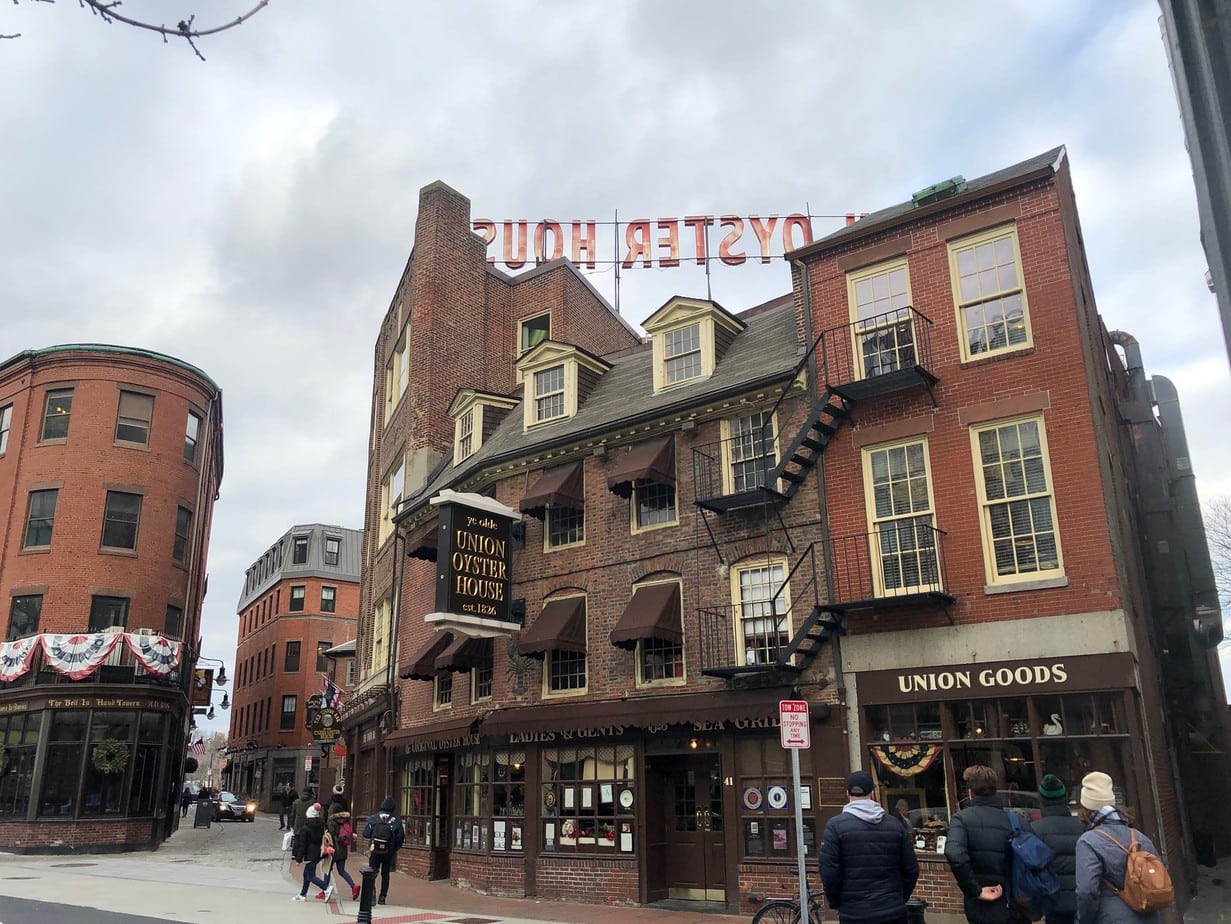 While many of the the restaurants on this list are older, Union Oyster House claims that it is the oldest continuously operating restaurant in the U.S. because it has been operating out of its original building since 1826. Union Oyster House’s building is even older than this, dating back to at least 1714 and was used for various other businesses before becoming a restaurant. 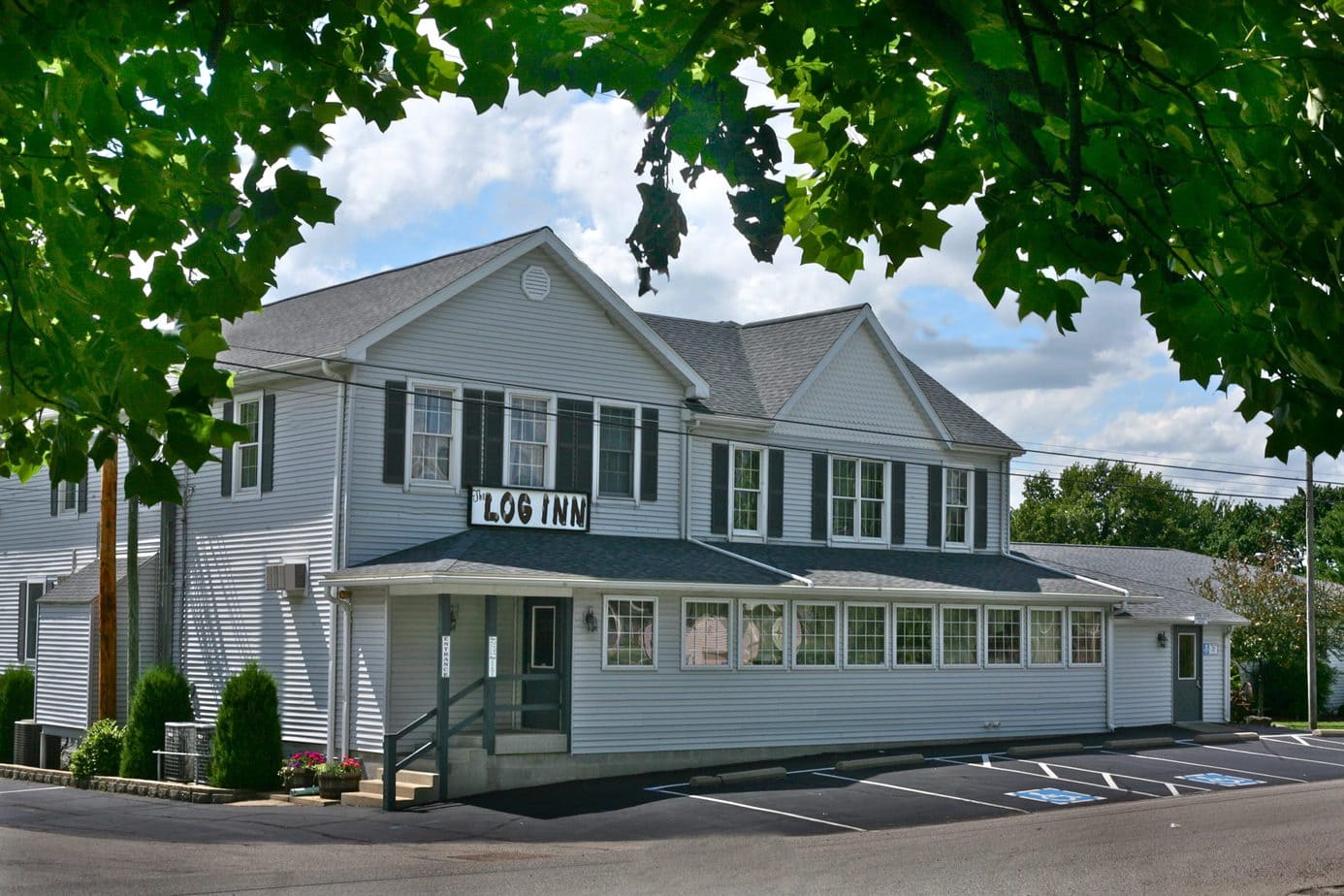 The Log Inn is the oldest restaurant in Indiana and one of the oldest inns/stage coach stops in America. The inn and restaurant was first opened by Henry Haub, the namesake of the town that the Log Inn is located. The Log Inn was along the Dixie Highway – the main road between Chicago and Florida, which eventually became US 41 – and received many visitors. These days, the Log Inn restaurant is only open five days a week in the afternoon, but it has been featured in Food Network’s Best of Viewer’s Choice Program. 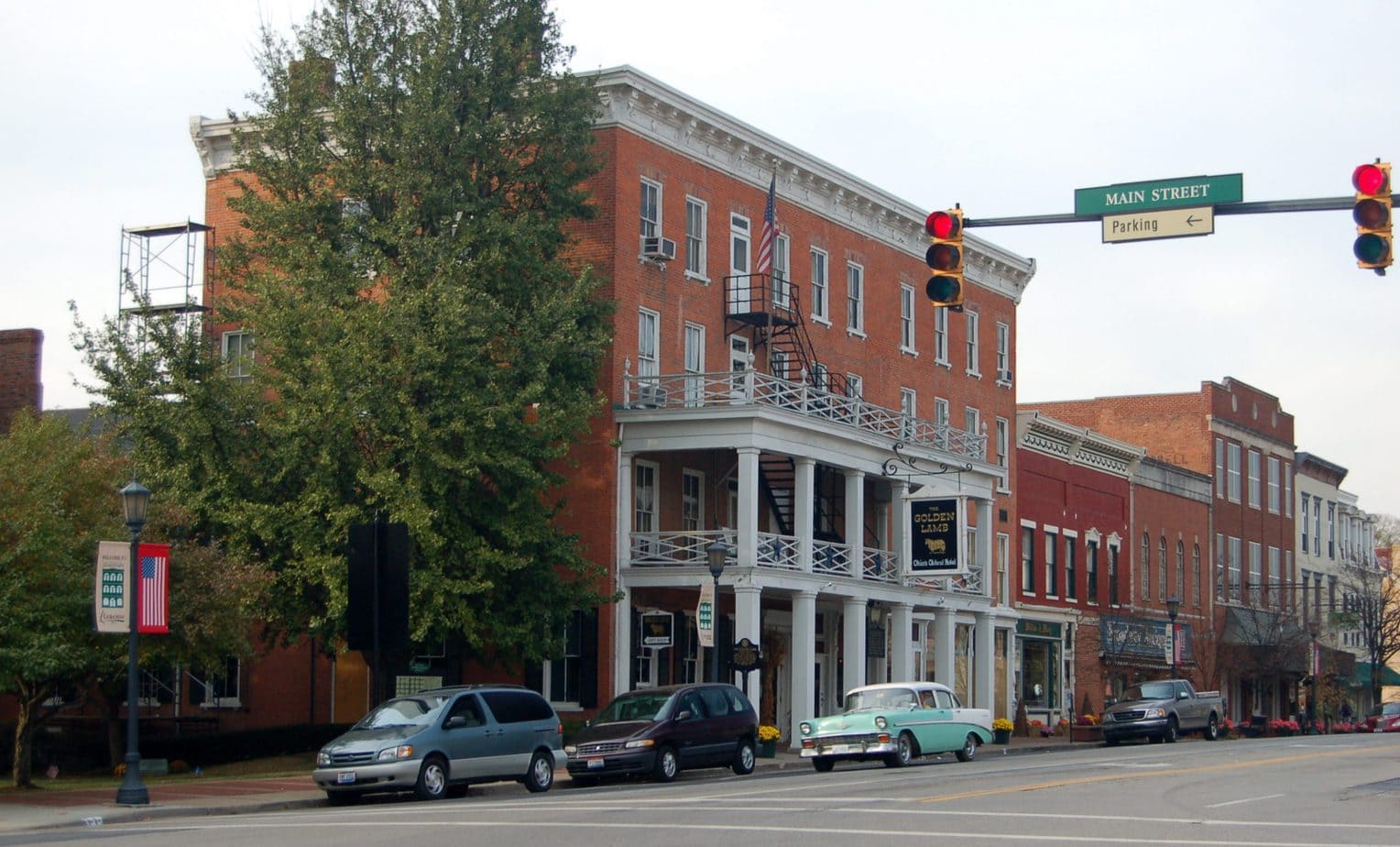 The Golden Lamb traces its history back to 1803 when a man named Jonas Seaman moved to Lebanon, Ohio and built a log cabin to serve as an inn and tavern. No one knows for sure when the Golden Lamb got it name, but it’s believed that Seaman hung out a sign painted with a golden lamb from the beginning. The oldest written record mentioning the Golden Lamb dates back to the 1820s. The current Gold Lamb building was built by the inn’s second owner, Ichabod Corwin around 1815. 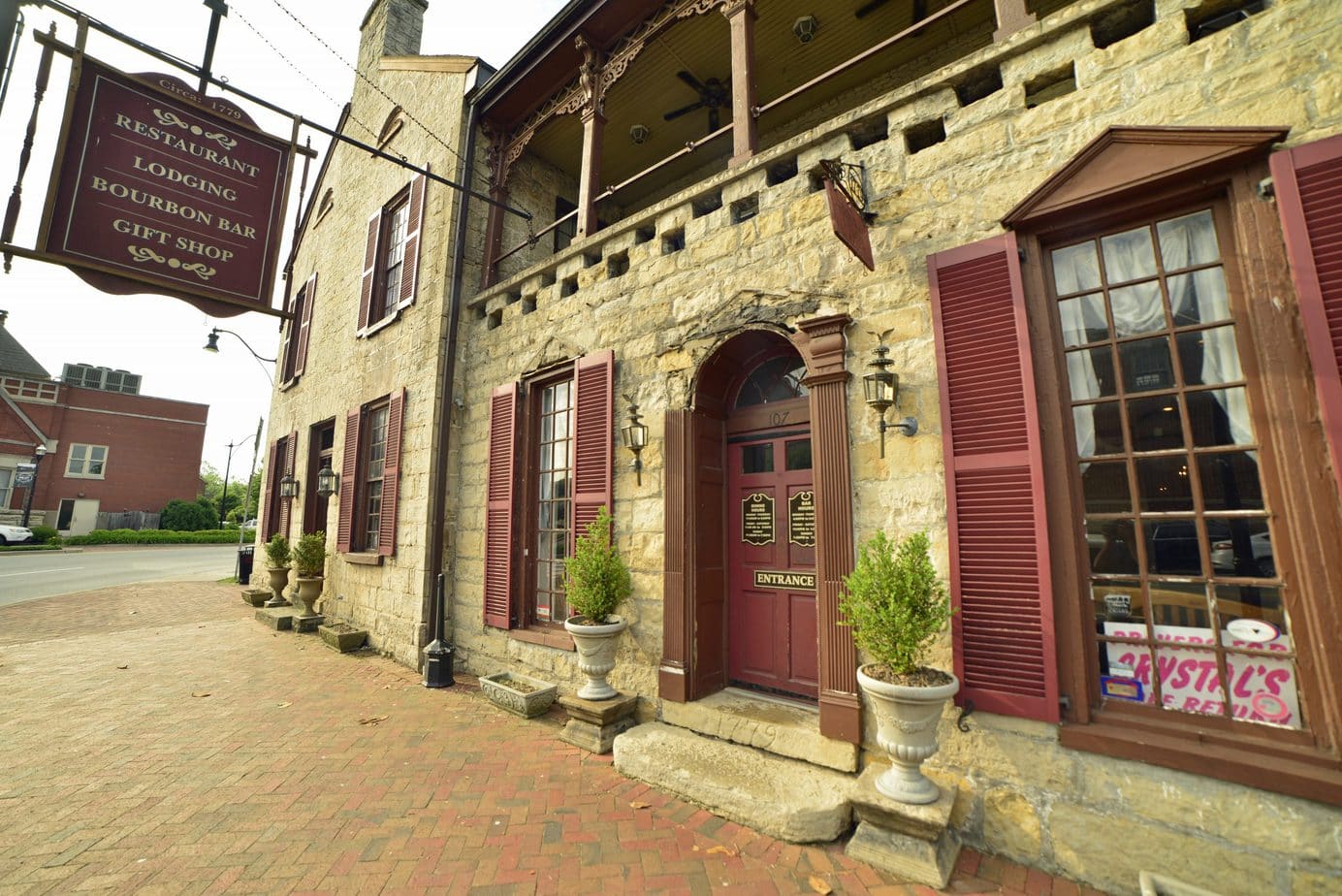 Old Talbott Tavern, or Old Stone Tavern, is the oldest western stagecoach stop in America still in operation. Most of the Old Talbott Tavern building is original according to the tavern, it has never closed since it first opened in 1779. Initially, the restaurant/hotel was called the Hynes Hotel, but received its name in 1886 after it was purchased by George Talbott.

Over the years, Old Talbott Tavern has earned a reputation for being one of the most haunted inns in the United States. While there are numerous ghosts reportedly seen all over Old Talbott Tavern, its most famous ghostly visitor is the outlaw Jesse James.

Louis-Philippe of France (King of France from 1830 to 1848) stayed at Old Talbott Tavern while he was exiled in 1797. Murals painted by Louis-Philippe and a member of his entourage were rediscovered in the 20th century and put on display until they were ruined by a fire in 1998. 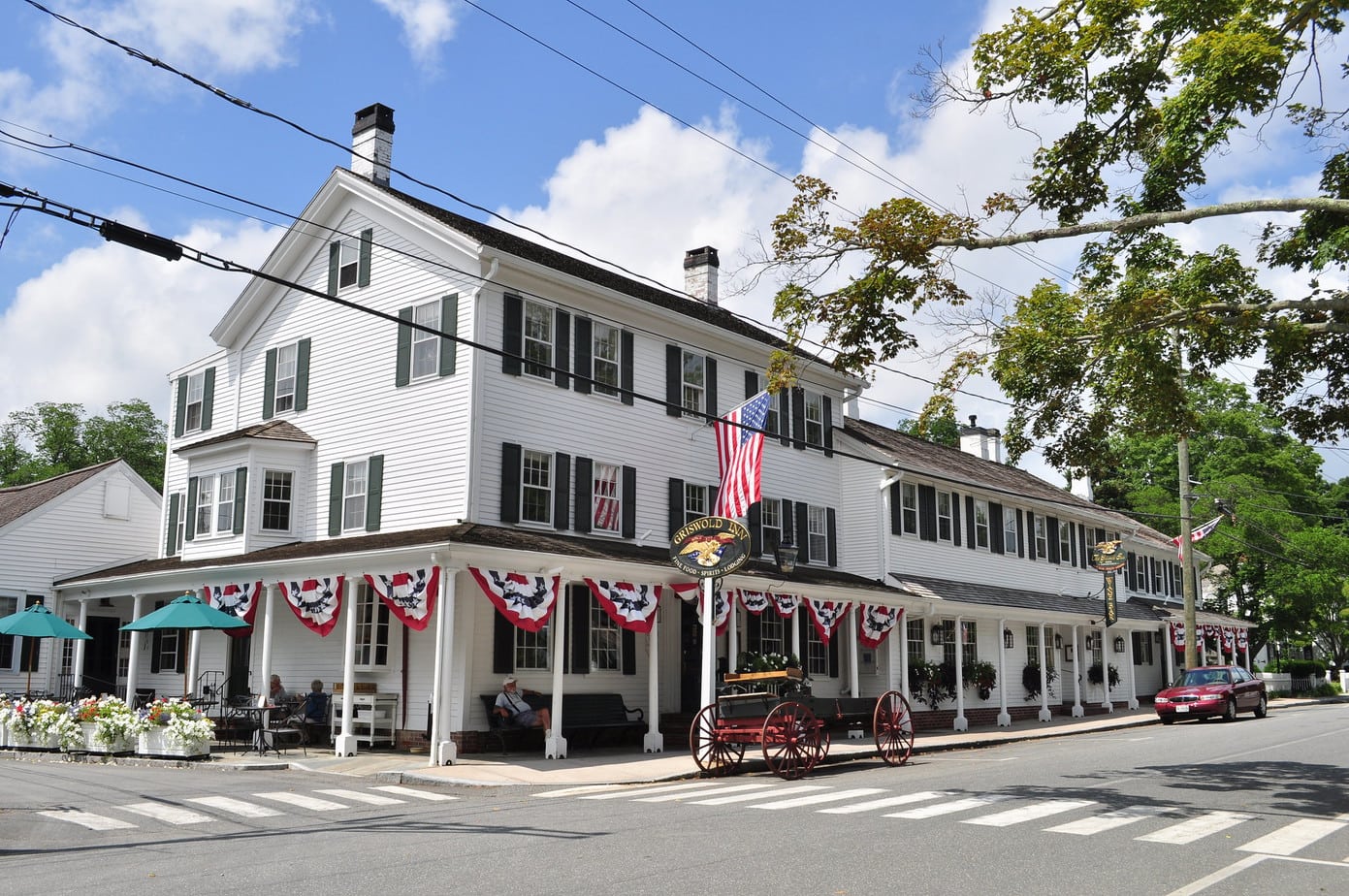 The Griswold Inn has the largest privately held collection of the works of Antonio Jacobsen, the most prolific painter of maritime art in America. 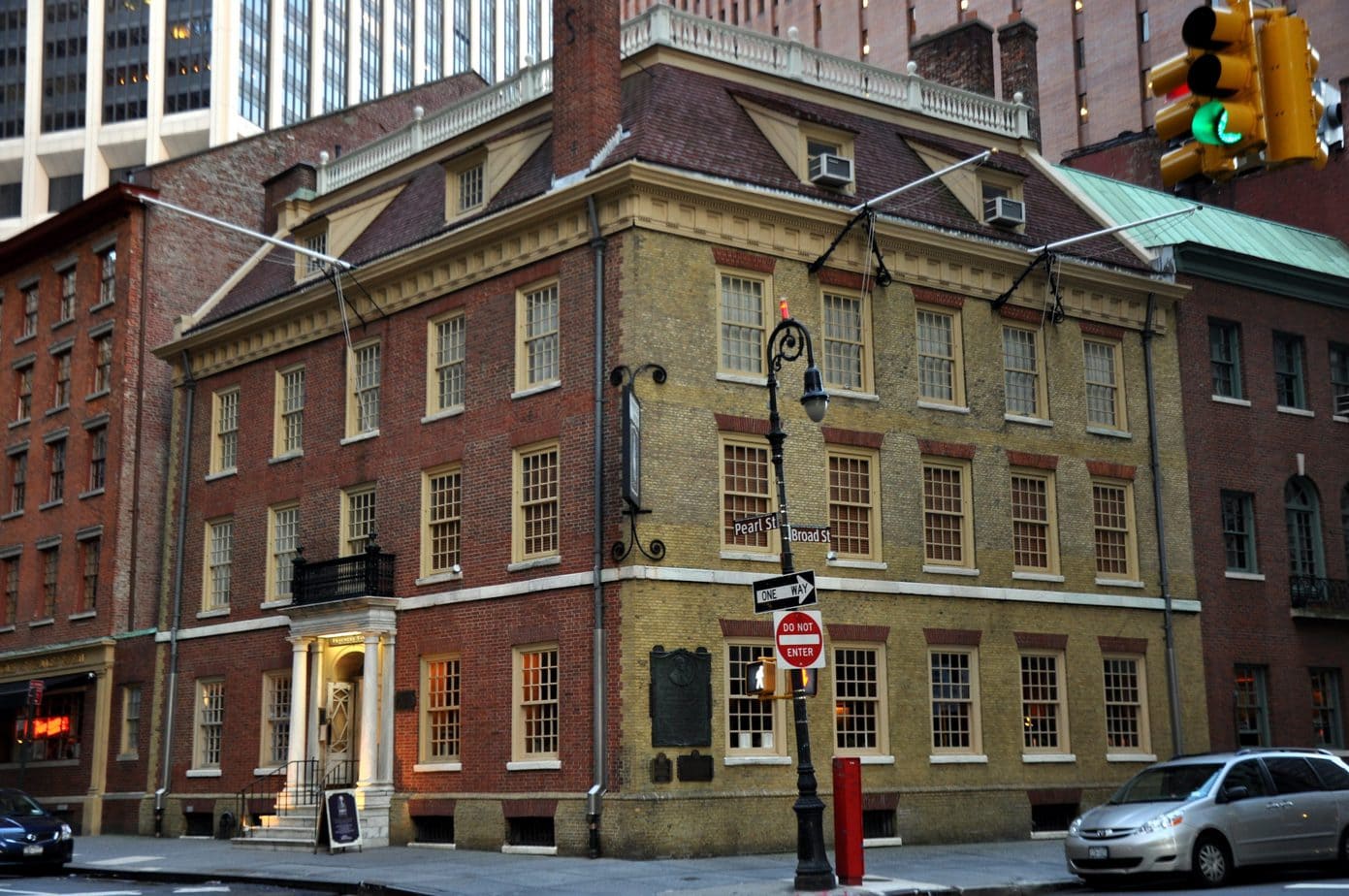 
Fraunces Tavern has a long and storied history not just as a restaurant, but also for being an important meeting place before, during, and after the American Revolution. Along with the restaurant, there is now a Fraunces Tavern Museum showcasing the building’s history. In addition to being the oldest restaurant in New York, it is also believed to be the oldest surviving building in Manhattan.

Some of the most important things to take place at the Fraunces Tavern include: being a meeting place for the Sons of Liberty, serving as one of George Washington’s headquarters, and housing the first offices of the departments of Foreign Affairs, Finance and War when New York became the the seat of the Confederation Congress in 1785.

Since 1904, Fraunces Tavern has been owned by Sons of the Revolution in the State of New York Inc., who have restored the building. 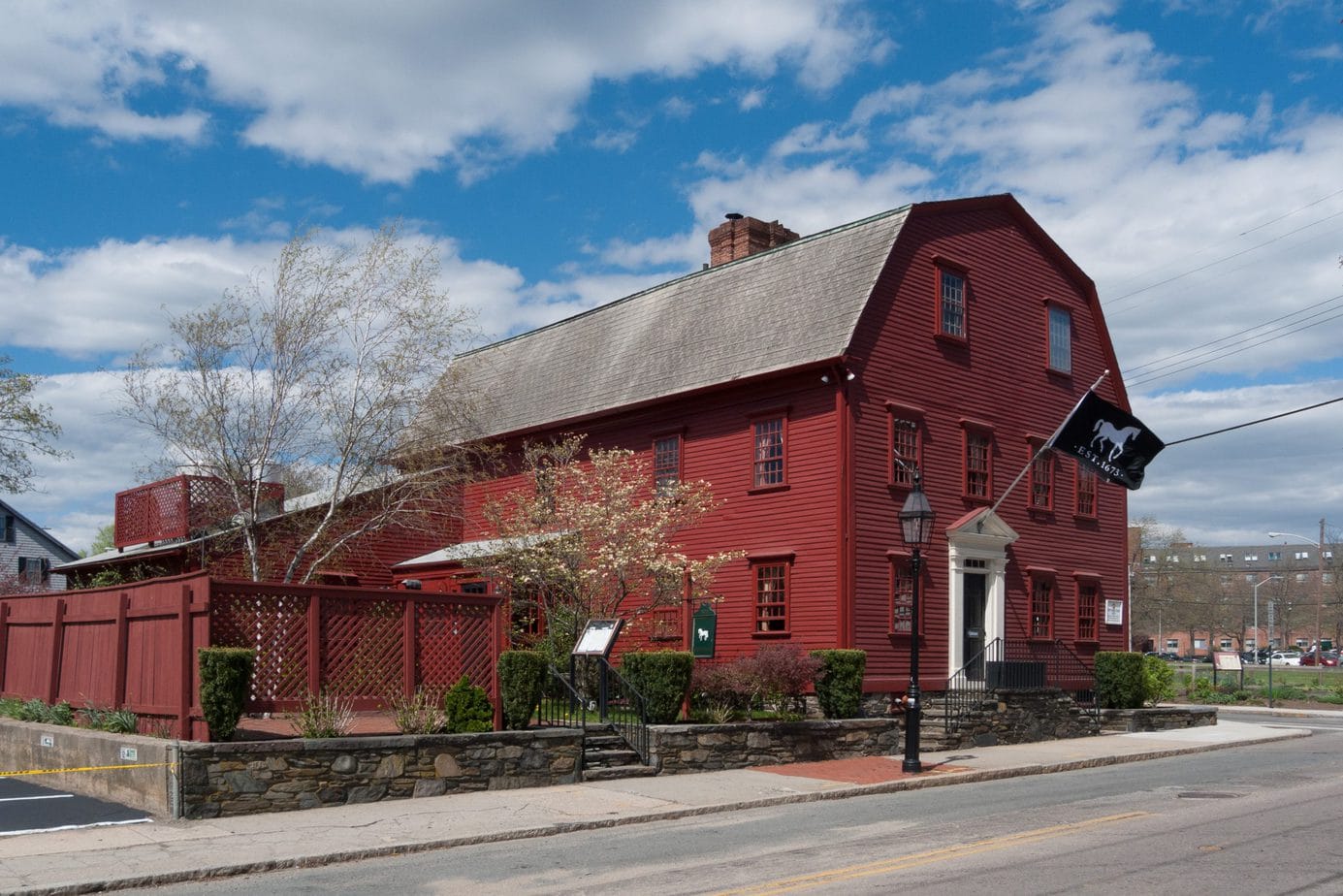 The White Horse Tavern did not get its name until 1730 when it was owned by Jonathan Nichols.