Although Disneyland (and all of its various iterations) is the most famous amusement park in the world, it isn’t the oldest. In fact, Disneyland is fairly modern as it opened in 1955, making it only 62 years old. All of the parks on this list are over twice as old as Disneyland and date back to between 1583 through 1883.

Nearly all of these amusement parks started out as private lands that were opened to the public for picnics, camping, and entertainment.

Today, several of the parks remain as popular tourist attractions for their history as well as some of the best and oldest roller coasters in the world. 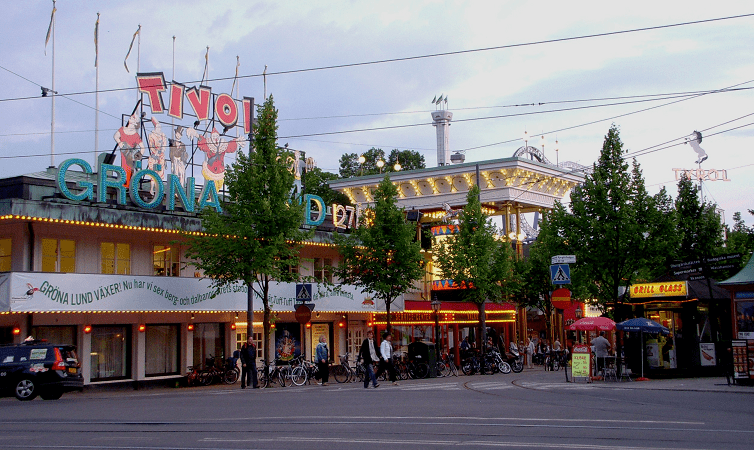 Gröna Lund is Sweden’s oldest amusement park, with a history dating back to 1883. That year, a German named Jacob Schultheiss rented the area and put up “carousels and other amusements.” Descendants of Schultheiss continued to run the park until 2001.

A few of the first rides that opened at the park in 1883, including the Circus Carousel, are still used today.

The park’s other attractions include the original Fun House from 1883, a tunnel of love, and its first roller coaster, Nyckelpigan, which opened in 1976. In addition to the traditional theme park attractions, Gröna Lund is known for its summer concerts, which have drawn big names such as Jimi Hendrix, Lady Gaga, Paul McCartney, Bob Marley, and ABBA. 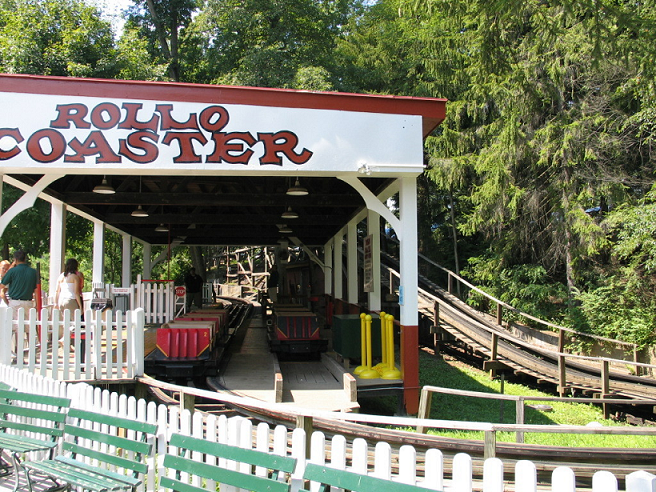 Idlewild and Soak Zone or Idlewild Park is the third oldest amusement park in the U.S. The park was first opened in 1878 as a public campground near the Ligonier Valley Railroad, by its owner Judge Thomas Mellon. The park was owned by the Mellon family for over 100 years and around 1931 C.C.

Macdonald and Mellon’s son, Richard, worked together to improve the property and add new attractions.

In 1938, one of the earliest roller coasters, called the “Rollo Coaster”, built by the Philadelphia Toboggan Company was opened at Idlewild — it remains open today.

Around 1989, Idlewild expanded and added Mister Rogers’ (actor Fred Rogers) Neighborhood of Make-Believe and a trip on the Neighborhood Trolley to its list of attractions. 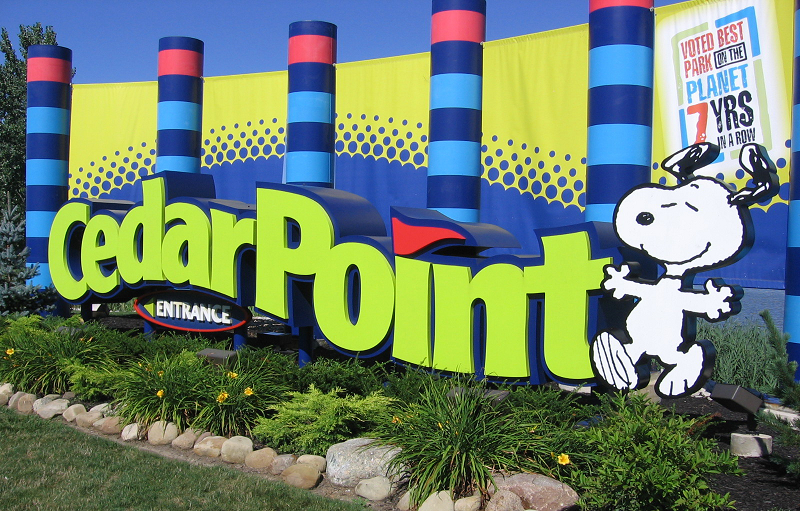 Not only is Cedar Point the second oldest amusement park in the United States, it is also known as the “Roller Coaster Capital of the World.” Cedar Point’s history dates back to 1870 when the area was opened as a public bathing beach.

The park’s first roller coaster was opened in 1892 and since then, Cedar Point has continued to add several rides and coasters.

Cedar Point currently has 16 roller coasters, the second most in the world behind Six Flags Magic Mountain.

Over the years, Cedar Point has achieved many milestones – it is the only park in the world with five coasters taller than 200 feet as well as the only park with roller coasters in all four height classifications. 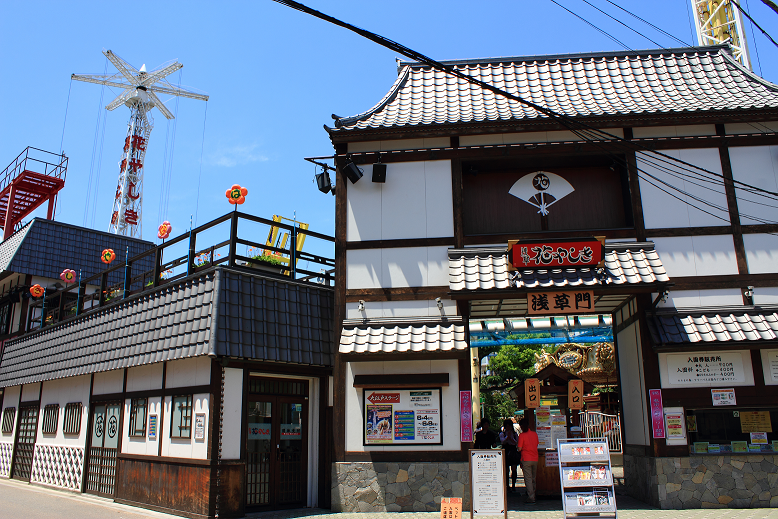 The Hanayashiki amusement park is the oldest in Japan and the fifth oldest in the world. The small park was opened in 1853 as a flower park when Commodore of the US Navy, Matthew Calbraith Perry, visited the country near the end of the Edo period. The first “play equipment” was installed at the park in 1872.

Over the years the park had several animal attractions including the birth of tiger quintuplets in 1923 as well as the first lion born in Japan in 1931.

Hanayashiki’s only roller coaster opened in 1953 and is still in operation today. The park’s most popular attraction is its Ninja School, a one hour Ninja training course featuring swordplay, escape techniques, and martial arts. 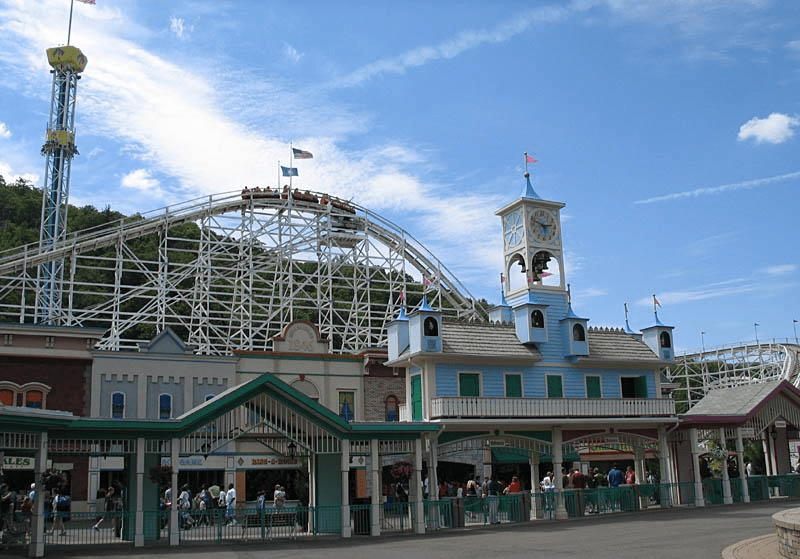 Lake Compounce is the oldest amusement park in the United States and the fourth oldest in the world. The park’s history dates back to October 6, 1846, when a local scientist named Samuel Botsford convinced the property’s owner, Gad Norton, to let him conduct “experiments in electricity.” The event drew such a large crowd, that Norton was inspired to officially open the park to the public.

Lake Compounce was initially used for picnics and family barbecues and the first attractions were added sometime in 1848.

From 1986 – 1996, the park experienced a rough patch and was no longer drawing in large crowds. After new ownership and a massive renovation in the late 1990s, the park bounced back and is still popular today. 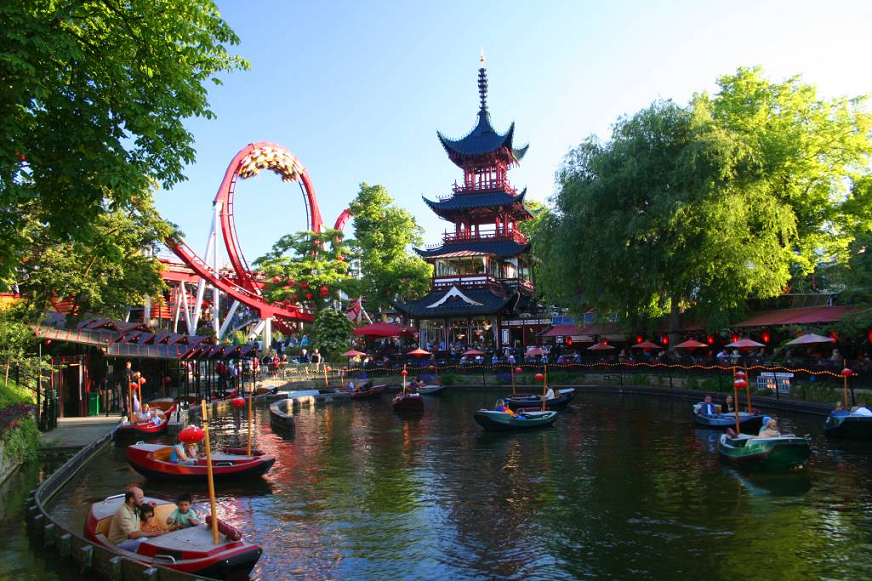 Although this list says otherwise, the Tivoli Gardens amusement park is typically credited as being the second oldest in the world after Bakken, which is located near Copenhagen. The park was opened on August 15, 1843 by Georg Carstensen after receiving approval from King Christian VIII.

Famous fairytale author, Hans Christian Andersen, was one of the park’s first guest — the beauty of the park’s gardens inspired Andersen to write Nightingale.

Tivoli Gardens became so famous around the world that Walt Disney visited the park several times for inspiration prior to opening Disneyland in 1955. 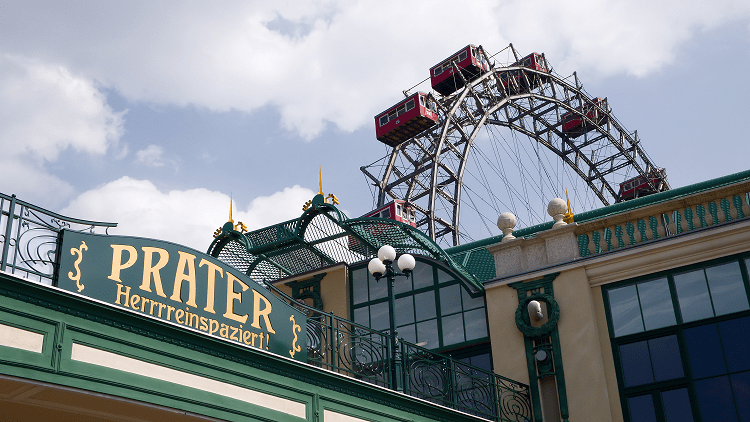 Wurstelprater, typically shortened to Prater, is the second oldest amusement park in the world. Prior to being opened to the public in 1766, the park served as the Austrian Empire’s hunting grounds. Soon after Emperor Josef II made the grounds a public space, snack bars and restaurants began popping up, setting the foundation for today’s amusement park.

Around 1895, puppet theaters and “Venice in Vienna” was established.

During World War II parts of Prater and the surrounding area were damaged and park was rebuilt with the help of private initiatives.

Today, the park’s most popular attraction is the Wiener Riesenrad, a Ferris wheel, which has become one of the best-known sights of Vienna. 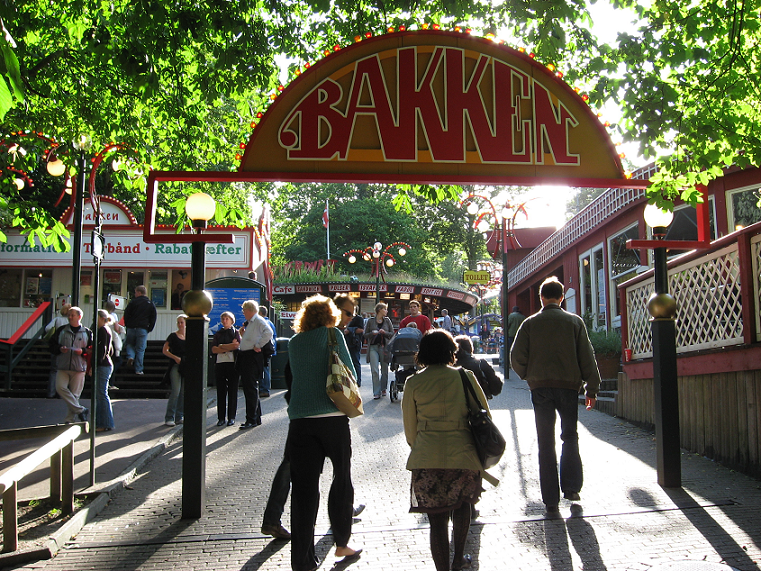 Dyrehavsbakken (“The Animal Park’s Hill”), commonly known as Bakken (“The Hill”), is the oldest  amusement park in the world according to Guinness World Records. Bakken was first opened around 1583 after Kristen Pill discovered natural spring that is now known as Jægersborg Dyrehave or Dyrehaven.

At the time, the water quality in nearby Copenhagen was poor and the spring drew in large crowds of people.

This early park was on royal hunting grounds and was not open to the public until 1756. The park’s most popular attraction is Rutschebanen, a wooden roller coaster open since 1932. 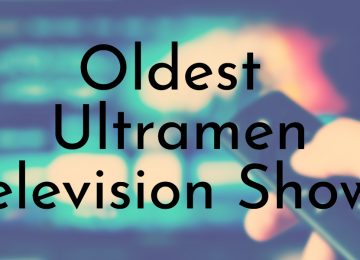