Call of Duty games have been a staple of the video game industry for years, and with sales of these games on the rise, it’s no wonder why. The series has developed over time, both in terms of gameplay and story elements.

The original Call of Duty had players assume the roles of soldiers fighting against terrorists in modern warfare scenarios that were based on real-world conflicts. However, as time went on, the games began to shift away from this focus on historical accuracy and instead focused more on developing characters who could be easily related to by players outside their demographic group.

If you are an avid gamer of this first person shooting game, you might want to know how it evolved through time. This article will give you a list of all the Call of Duty games that have ever been released. 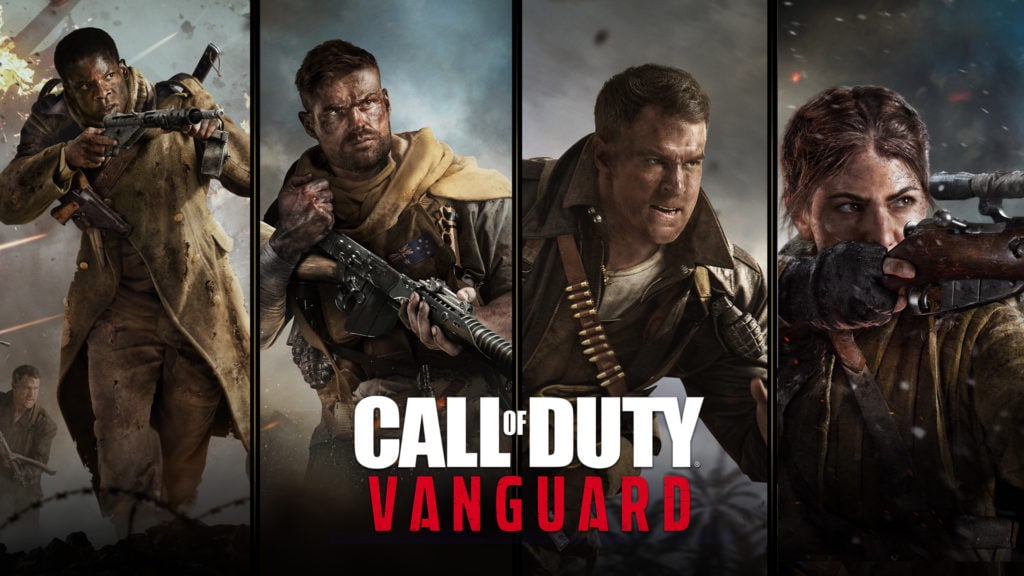 Call of Duty: Vanguard, the newest installment in the critically acclaimed Call of Duty series, allows players to take part in pivotal World War II engagements as they compete for victory in different parts of the world. Vanguard builds a plot that shows how special troops are created to deal with a new danger after the war.

In order to gather information on Project Phoenix, a covert Nazi initiative that would assure the development of the skinheads even after Hitler’s death, a squad of soldiers with the codename Vanguard stole a train headed to Hamburg, Germany, at the end of World War II.

The game revolves into three modes: multiplayer, zombies and warzone. In order to stop an assault on the free world, US President Ronald Reagan assigned CIA agent Russell Adler the duty of finding Soviet spy Perseus in 1981. With the aid of Jason Hudson, Frank Woods, and Alex Mason, Adler puts together an elite squad of operatives that includes “Bell.”

The story revolves around Bell possibly flipping on Adler and his crew and being who they were before the brainwashing, or accepting that Perseus’s plan would only bring death and disaster to Europe and assisting Adler in averting that outcome. 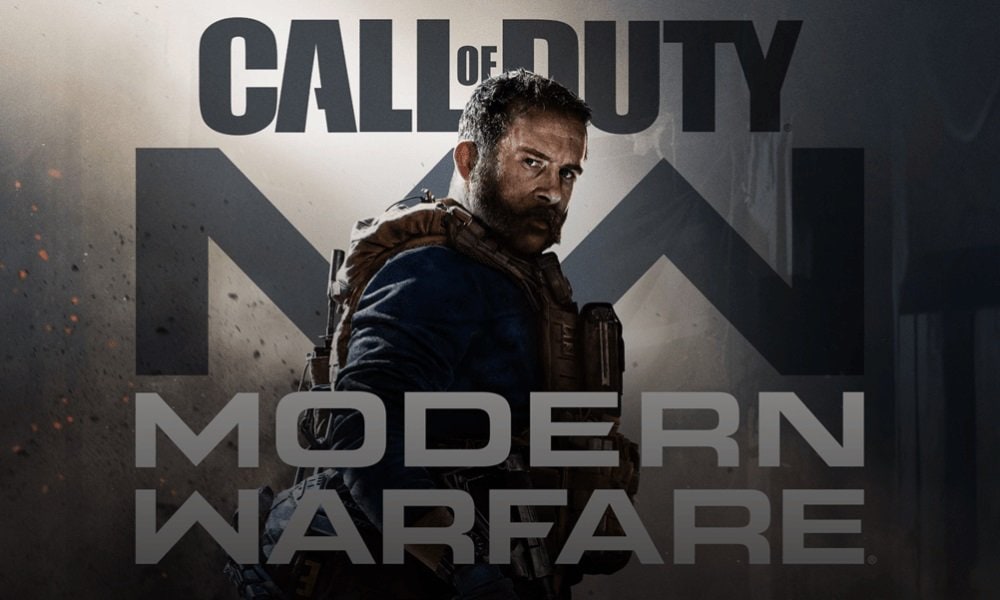 Call of Duty: Modern Warfare is a first-person shooter game developed by Infinity Ward and released by Activision in 2019. A genuine and contemporary atmosphere serves as the game’s backdrop.

The campaign follows a CIA officer and British SAS troops as they join forces with rebels from the made-up nation of Urzikstan and fight alongside them against the Russian Armed Forces that have invaded the nation and the terrorist organization Al-Qatala. 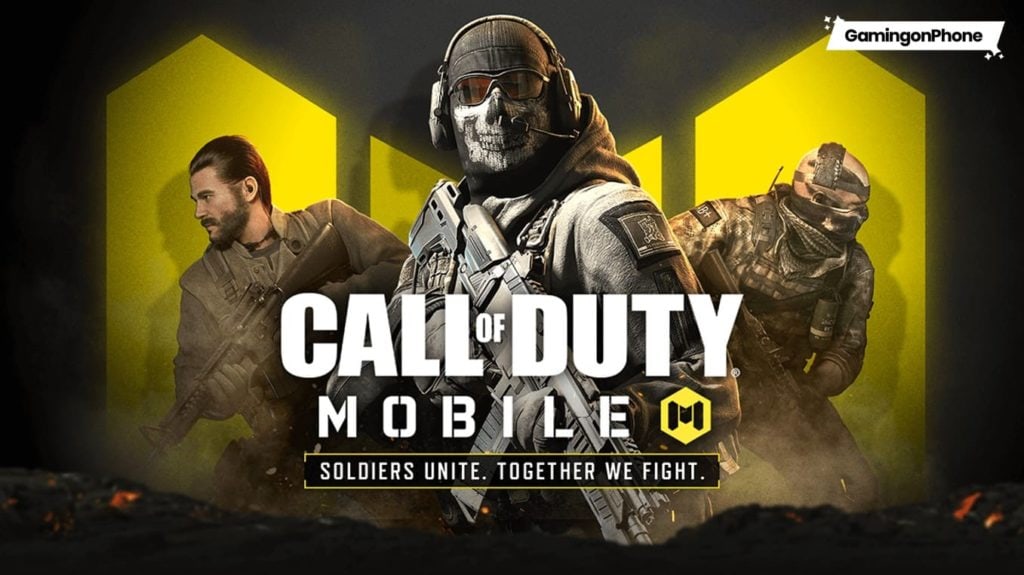 For Android and iOS, Activision and TiMi Studio Group have created and released Call of Duty: Mobile, a free-to-play shooting game. On October 1, 2019, one of the largest mobile game releases in history took place.

In addition to incorporating aspects from the Modern Warfare, Black Ops, Ghosts, and Advanced Warfare series, Call of Duty: Mobile’s story also has new characters and a scenario that is unique to the game. 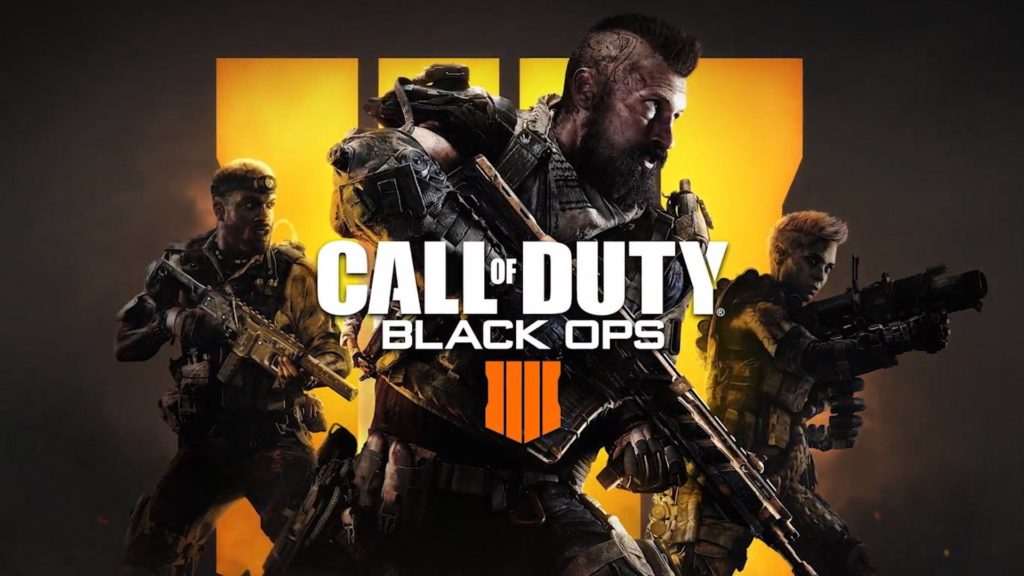 The story of this version flows in when Savannah Mason, the protagonist of Black Ops 4’s narrative, is the granddaughter of Alex Mason and the daughter of David Mason.

Using archetypes, which were basically clones, Savannah’s ultimate objective was to bring the dead back to life. Although Savannah’s sister Jessica thought this technology was unethical, which caused them to disagree, it would have transformed the world. 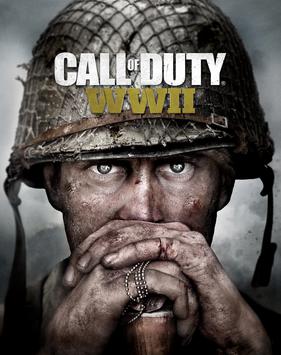 In a world on the verge of dictatorship during World War II, it depicts the tale of an unbreakable fraternity of everyday men striving to preserve freedom.

The player is set to experience the epic narrative of a young soldier named Ronald “Red” Daniels as he battles the harsh realities of war alongside his comrades in arms, from the Normandy beaches to the Hürtgen Forest. This story highlights some of the most memorable and dramatic scenes of World War II. 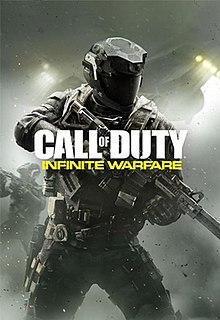 “Campaign,” “multiplayer,” and “zombies” are the three distinct game modes offered by Infinite Warfare. Players take on the role of Captain Reyes, a former pilot turned commander, who must command the coalition’s surviving troops against a relentless, fanatical foe while attempting to survive the harsh, lethal environs of space. Call of Duty: Black Ops III combines three distinct game modes into one to provide players with the deepest and most ambitious Call of Duty experience ever. 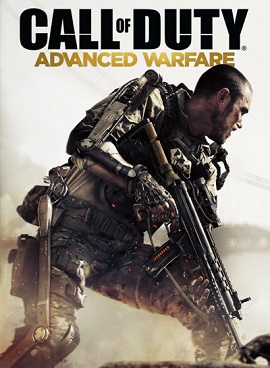 Since they collaborated with Infinity Ward to create Modern Warfare 3 in 2011, Advanced Warfare was the first game that Sledgehammer Games worked on exclusively. The IW Engine is not used in this game, making it the first in the main series since Call of Duty 3.

Additionally, it is the series’ last title to provide a single-player campaign option for the Xbox 360 and PlayStation 3. The protagonists of the plot are Private Jack Mitchell and his closest buddy, Private Will Irons, who are on a combat mission in Seoul, South Korea, to stave off a sizable invading force from the North.

Along with comrades Marines Sergeant Cormack and Private Jackson, they are assigned to Badger Squad, which inserts via drop pod into Seoul but is diverted by the North Koreans’ anti-air defenses. 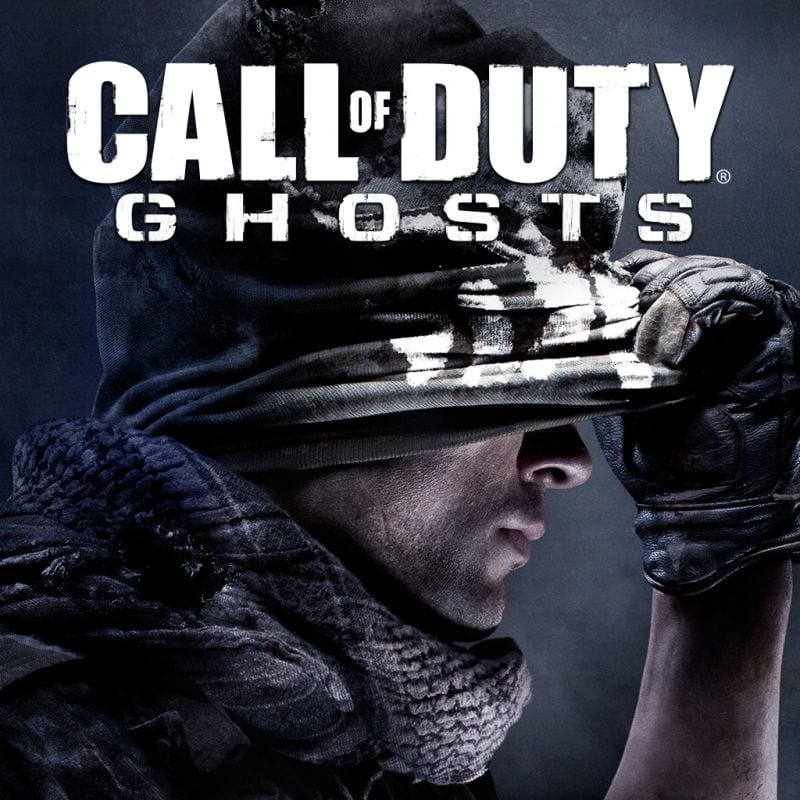 The story of this version started with the remaining Special Operations Forces of the country, known as the Ghosts, battling a newly risen, highly advanced superpower not for independence or liberty, but rather for survival.

Players may change their character’s gender, badge, outfit, and many other attributes while still being able to shoot (leaning), slide, and peek around cover. Additionally, they have the ability to turn on environmental hazards, as opposed to the hazards turning on without player input. 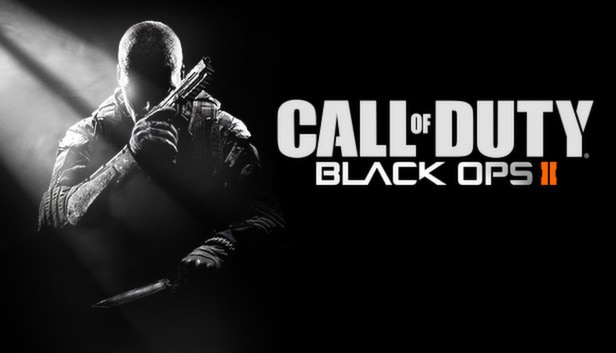 The storyline involves Raul Menendez, a Nicaraguan narco-terrorist, and his group, Cordis Die, being hunted down in the year 2025 by US Navy Seal Commander David “Section” Mason, the son of former CIA agent Alex Mason.

Menendez has managed to seize control of the entire unmanned US Drone Fleet and is using it to launch attacks on cities all over the world. As for the reasons why Menendez turned into a terrorist, retired Sergeant Frank Woods recounts his interactions with Alex Mason in the 1980s. 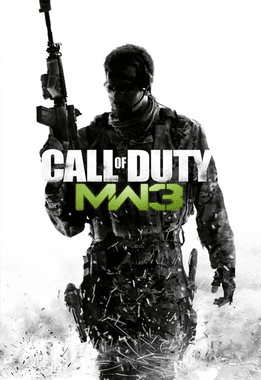 With a focus on quick, gun-to-gun action and cutting-edge features that support and improve a wide range of play-styles, Modern Warfare 3 offers a multiplayer experience that keeps raising the bar. New game types have been added, killstreaks have been overhauled, and a firearm progression system allows your guns to get better over time. 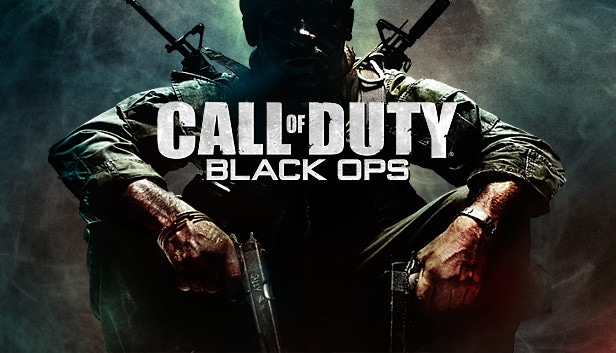 As elite Black Ops troops engage in covert operations and covert battles that took place during the Cold War, Black Ops is an entertainment experience that will transport you to battlefields all over the world.

With an epic single-player narrative that immerses gamers in clandestine combat, secret missions, and explosive conflicts throughout the world as an elite Black Ops soldier, Call of Duty’s trademark intensity is back. With the addition of a brand-new play area and sandbox mode, Battle Royale has evolved in Modern Warfare II in connection with the new Call of Duty: Warzone 2.0 experience. After the debut, there will be a ton of free content available, including maps, modes, seasonal events, community events, and more, all of which will feature gameplay that is always changing. 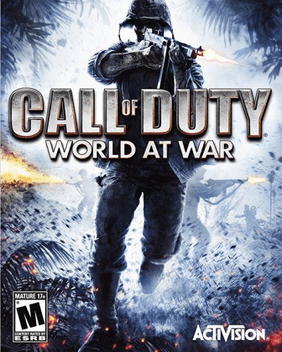 Treyarch’s first-person shooter game, Call of Duty: World at War, is the first in the “Black Ops” chronology. In North America, it was made available on November 11, 2008.

It was made available for both home PCs and all seventh-generation consoles. It was in production from late 2006 and was the first Treyarch game to be released on the PC. It had a double development cycle compared to Treyarch’s previous game, Call of Duty 3. 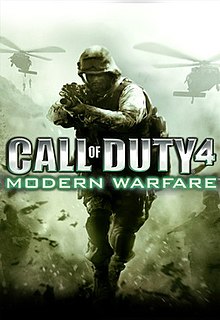 The new action-thriller from the distinguished Call of Duty series creators, Infinity Ward, offers the most intense and cinematic action experience yet.

Gamers are transported to the most dangerous areas on earth and equipped with an array of sophisticated and potent contemporary weapons in Call of Duty 4: Modern Warfare to take on a renegade terrorist organization terrorizing the planet. 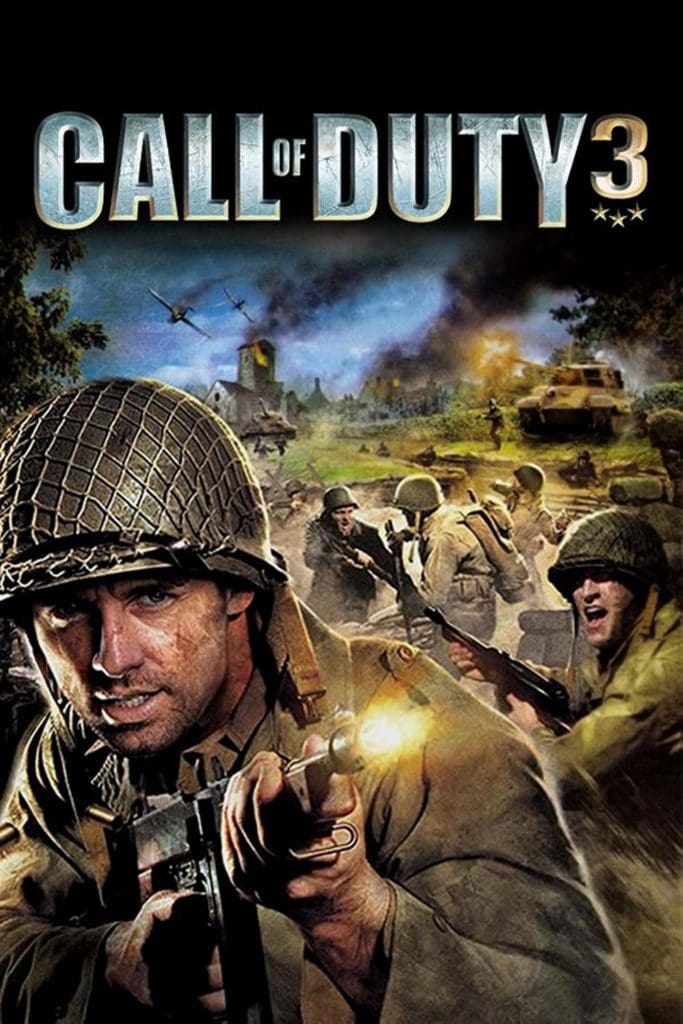 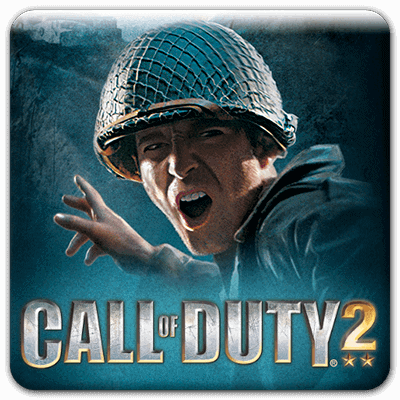 Through the eyes of common forces fighting alongside one another in significant WWII battles, Call of Duty 2 redefines the dramatic intensity and chaos of warfare. Due to the spectacular visuals of the new COD 2 engine, the sequel to 2003’s Call of Duty, which won different awards, provides more enormous, furious, and realistic fights than ever before.

The game takes place during World War II, when a group of soldiers are sent to rescue their missing comrade, who has gone missing in action. The player controls one of these soldiers as they make their way through enemy territory, fighting off enemies and completing objectives to find their comrade.

Colorful graphics and sound effects were used in this game, which helped add to its popularity among players. 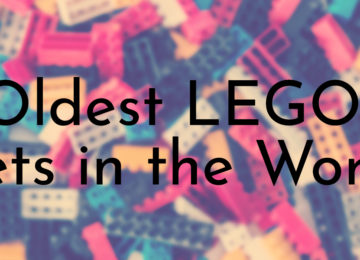 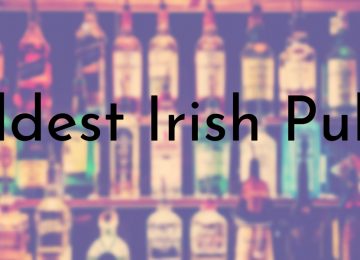 7 Oldest Irish Pubs in the World

Posted by Lauren Johnson 0
Whether or not the Irish like it, Ireland is known for its beer and pubs. In fact, beer has been…