Technology is something we all rely on these days. From simple things such as a door handle to extremely advanced inventions such as space ships, technology rules the modern world. If not for technology, you wouldn’t be reading this, and the internet wouldn’t even exist!

It’s easy to lose yourself in modern inventions and view ancient times as primitive and simple. However, the truth is much different. Ancient technology existed and it paved the way for so many advancements that we all benefit from today.

Some examples of ancient technologies are shocking and unexplained, and some are wondrous in how far ahead of their time they were. Do you want to know more about ancient technology? Read on below for a trip to the past!

The term “ancient technology” is used to refer to the development of several engineering sciences. Made to make lives easier, these inventions sometimes changed the world, but some of them were also very hit-and-miss.

Ancient technology can be as old as almost the very beginning of the human species. The first time humanity invented tools in order to hunt, we took our first steps towards a whole world of wonder. This was in Africa, thousands of years ago.

Many ancient civilizations were famous for their technological advancements. Ancient Egypt, Greece, Mesopotamia, China, the Indian subcontinent, the Roman Empire, the Persian Empire, and countless other countries and civilizations produced some interesting technologies. Discovered by archeologists thousands of years later, these relics of the past are now in museums all over the planet. 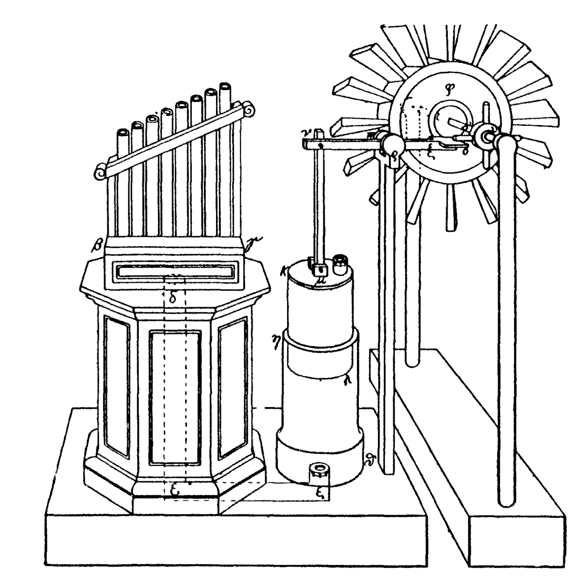 Modern technology surrounds us on a daily basis. Computers, tablets, smartphones, even washing machines are fairly modern inventions. Although the act of washing clothes with the help of a tool goes back hundreds of years, the washing machine was only invented in 1868.

The invention of electricity was definitely amongst the greatest advancements in the history of humanity. If not for Thomas Edison, who produced the first long-lasting electric light bulb in 1879, the world would be a much different place than it is today. Many other inventors contributed to the invention and spread of electricity, such as Nikola Tesla, Alexander Graham Bell, William Thomas, or Joseph Swan.

If not for ancient technology, would we ever be where we are right now, exploring space and making advancements each and every day? No one knows. One thing remains certain — ancient technology was fascinating. We will present you with the most interesting examples of it in history.

Ancient Inventions That Changed the World 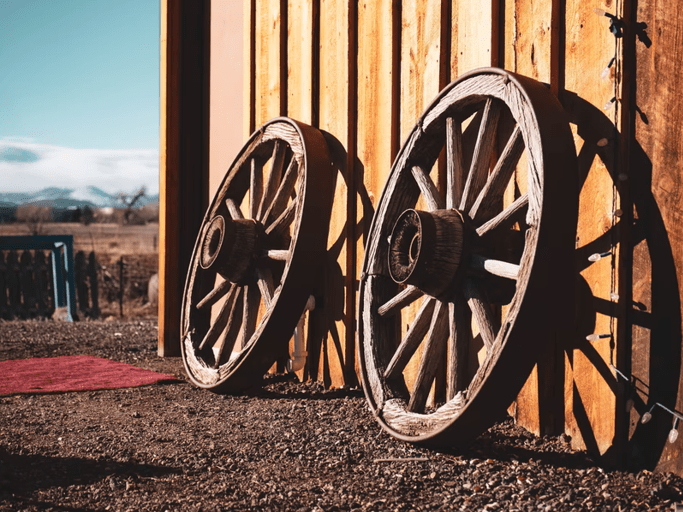 The wheel remains one of humanity’s greatest inventions. So many advancements can be traced back to that first step — inventing the wheel and learning how to use it — that it’s impossible to imagine the world without the wheel. 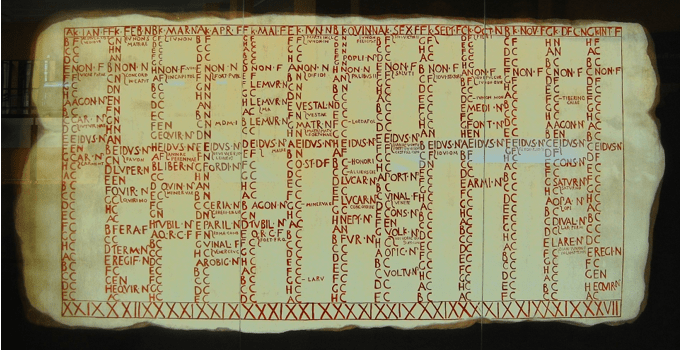 The invention of the calendar as a method of timekeeping is another example of world-altering ancient technology. Calendars are likely even older than writing itself. Hunters in the early days tracked the phases of the Moon, and the first calendars were lunar and solar.

In the Middle East and in Greece, the lunar calendar was used to track the time of the month, but the solar calendar helped determine harvest months. Lunar calendars were utilized by many civilizations, but they were inaccurate, and the system eventually broke down.

In 1582, Pope Gregory XIII introduced the Gregorian calendar, which most of us use to this day. 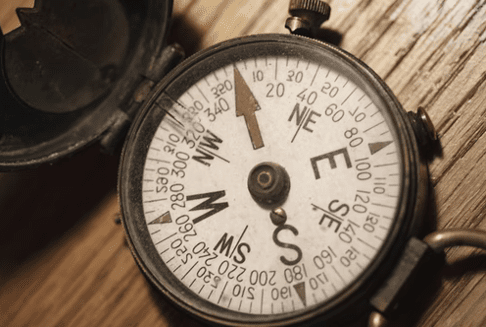 Inventing the compass greatly contributed to humanity’s exploration of our planet. Without it, many great explorers would be lost, and the connections made through this exploration would never come to be.

Early compasses were most likely made in China and often made of lodestone. A lodestone is a form of magnetite that occurs naturally. However, those early inventions in 200 BC were more often used for spiritual purposes. It’s not until 1050 CE that explorers started to utilize lodestones to help them navigate. 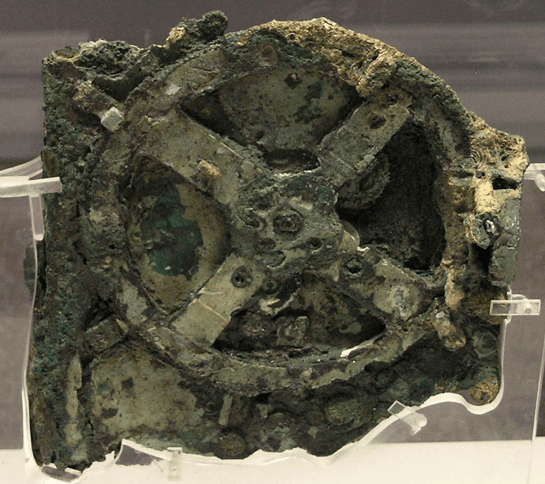 The Antikythera Mechanism is the earliest example of an analog computer. More than 2000 years old, this Greek invention was used to determine the dates of various events several years into the future.

It utilized over 30 gear wheels to help track astrological movements, but also local events, such as the Olympic games. This kind of engineering complexity would not be rivaled for at least another 100 years after the invention of the Antikythera Mechanism. 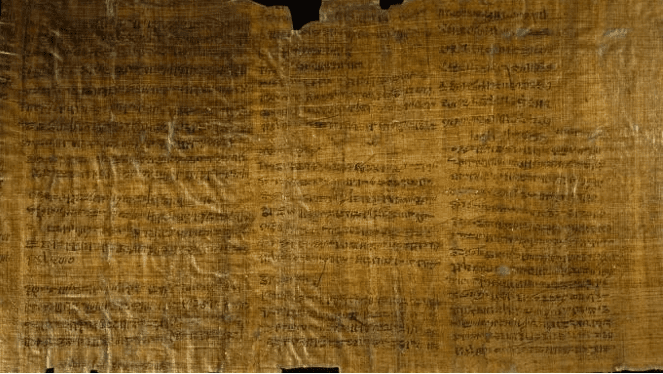 We take our notebooks and post-its for granted, but the invention of paper was definitely a big deal that changed the world. Scientists and archeologists estimate that the first use of paper was as early as 3000 BC. Ancient Egyptians utilized the pith of the papyrus plant to create paper.

Strips of papyrus were woven together to create sheets. They were then weighted down and bound, making them strong but thin. Papyrus proved to be shockingly lasting, as many of these papyrus sheets remain in good condition, allowing us to see the hieroglyphics written on them. 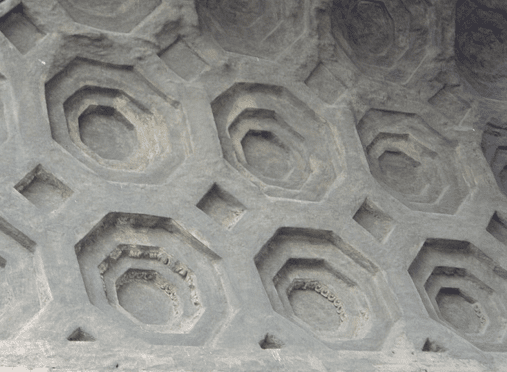 If not for the invention of concrete, what would our great cities be made of today? Made out of a mixture of cement, water, broken stone, gravel, and sand, concrete is used in nearly every building project in modern cities.

Concrete came to be with the invention of cement back in 3000 BC in ancient Egypt. Ancient Greeks and Romans also used a form of concrete made out of aluminum and silica mixtures. These early inventions lead to the creation of Portland cement in 1824 by Joseph Aspdin. 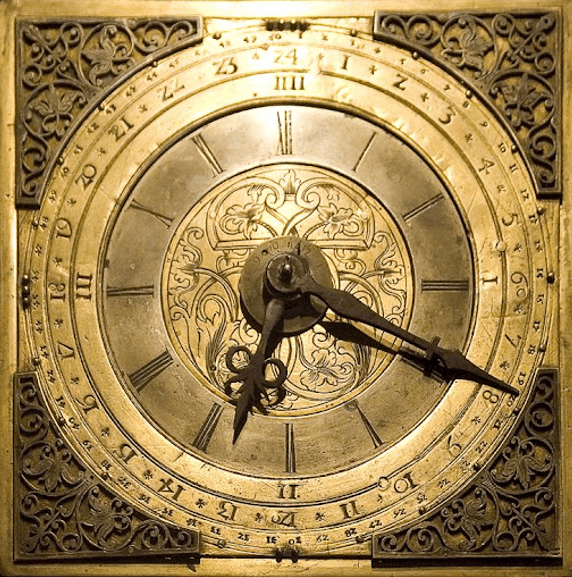 Many of us long for a world without a sense of time, but the truth is, the invention of the mechanical clock was monumental. Devices that could help tell the time have been in use for thousands of years, but it was the Sumerians in 2000 BC who invented the 60-minute, 60-second system we use to this day.

Early clocks tracked the movement of the sun or water to roughly tell the time. We also know of hourglasses, time sticks, and candle clocks. What came next was the mechanical clock. It was powered by water and had an escapement mechanism that rotated the gears. 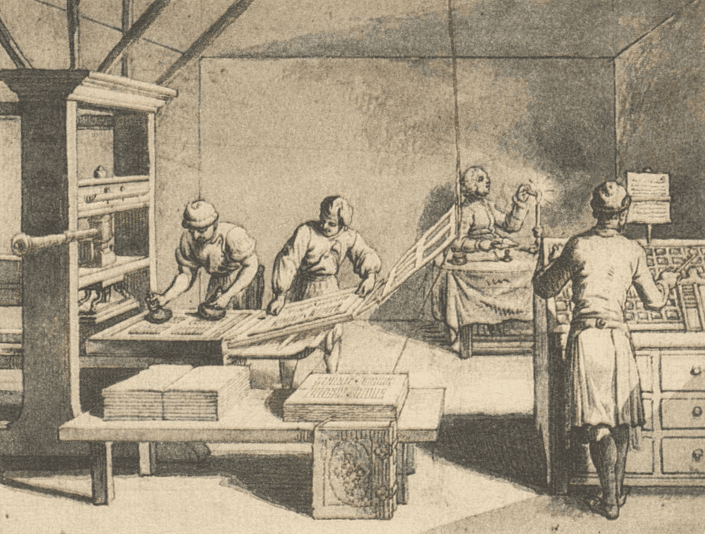 The printing press is a much more modern invention, dating back to 1436 AC when Johannes Gutenberg, a German goldsmith, invented the machine. However, the art of printing was already present before that.

There are traces of woodblock printing as early as the 9th century in China. Much later, Korean bookmakers used moveable metal types around 100 years before Gutenberg unveiled his grand invention.

Ancient Technology That Can’t Be Explained 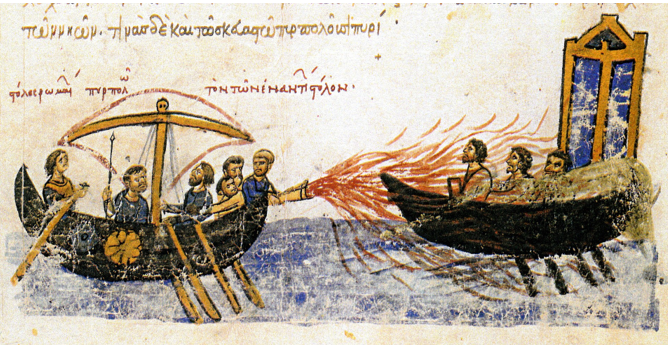 Greek fire was an invention that was used in battles at sea. It was an incendiary weapon that the Byzantine Empire used against ships, but also on dry land.

We don’t know the exact composition of Greek fire, but we do know it was extremely deadly. The use of naphtha and quicklime made the fire ignite when in contact with water. This also meant the fire was impossible to put out. 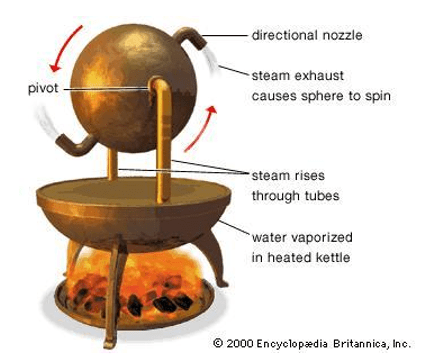 The above piece of technology stumped the scientists back in the 1950s when it was discovered. The Lycurgus Cup is an old Roman chalice that seems to be the first example of nanotechnology in the world.

The chalice appears to change colors depending on the direction of the light that hits it, ranging from jade green to blood red. It appears that the chalice contains ground gold particles, smaller than 1/1000 the size of a grain of sand. Made with mind-blowing precision, the Lycurgus Cup continues to baffle scientists to this day. 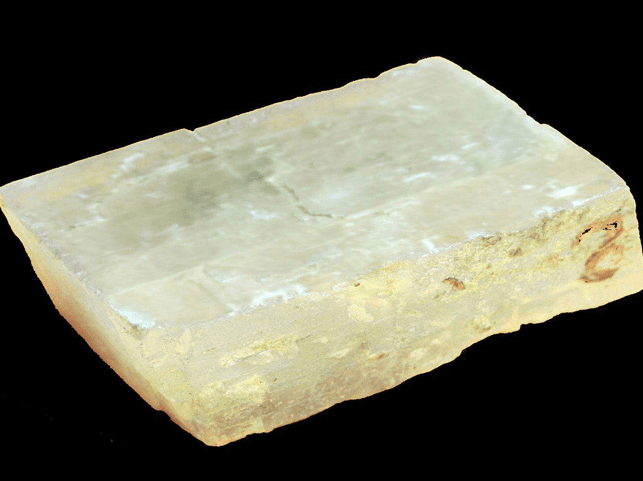 Many credit the invention of the telescope to Galileo, but it appears that ancient civilizations had their own inventions. As Galileo himself has asserted, it’s probable that the ancients used telescopes. The discovery of this 3000-year-old lens seems to prove it.

Made out of rock crystal, the Nimrod lens could have been used as a magnifying glass, but scientists firmly believe that it could be a part of an ancient telescope. 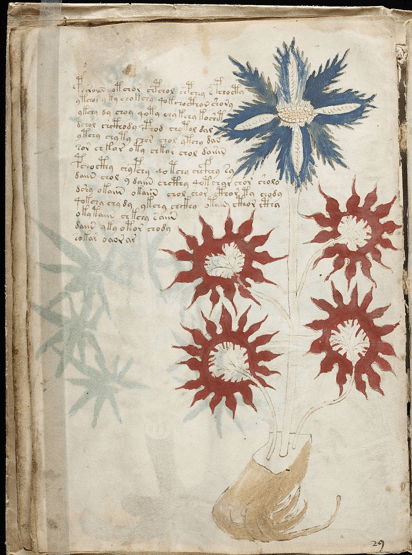 The Voynich Manuscript is one of the greatest examples of ancient technology that scientists can’t explain to this day. Hand-written and hand-drawn, this manuscript contains hundreds of bizarre drawings and pages full of a language that cannot be deciphered.

Scientists, researchers, and engineers have attempted to make heads or tails of the manuscript. Theories of what it contains include a phonetic transcription of a Turkish dialect or an ancient Proto-Romance language. None of the theories have been proven true. 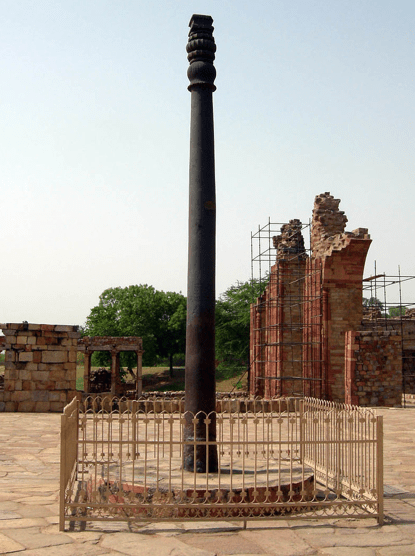 Stainless steel was invented in 1913, which is why scientists continue scratching their heads over the Iron Pillar of Delhi. Constructed sometime between 375 and 415 CE, this massive iron pillar measures 7.2 meters high and weighs over 3 tons.

Despite years of rain and wind, it has never rusted. Theories imply that the pillar was created in a three-phase process that created a protective coat over the surface. 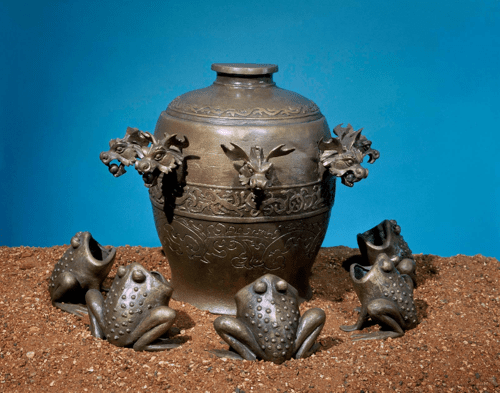 The first tool used to detect earthquakes was likely this invention made by the Chinese mathematician Zhang Heng. Beautifully decorated, the vessel was likely made around 132 AC.

Scientists claim that this instrument was capable of detecting earthquakes in a four-hundred-mile radius, even though the earthquake was not felt in the vicinity of the seismoscope. 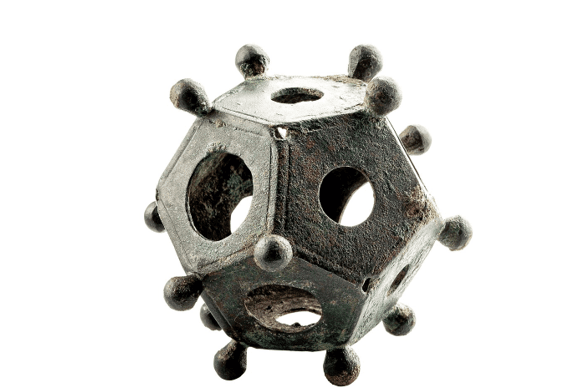 The Roman Dodecahedron looks as though it might have a special meaning, but modern scientists still can’t decipher what exactly it was used for.

Dozens of these small objects have been excavated all throughout Europe. Made by the Roman Empire, these little gadgets were never once mentioned by the Romans themselves. They could have been used in geometry, but may also have been flower or candle stands, ring-size gauges, or even surveying instruments.

Posted by Shasha Neil 0
Ancient Greece was nothing short of fascinating. Filled with beautiful temples, columns, statues, and theatres, Greece was one of the…

Posted by Shasha Neil 0
While times may change, people and the joys and challenges they face in life have been the same throughout the…