Apple smartwatches took the world by storm in 2015, becoming the best-selling wearable device soon after. With an estimate of over 100 million people using Apple watches today, we can conclude that it’s not a statement piece anymore. But at some point, it was a groundbreaking phenomenon.

Compared to other Apple products, smartwatches were promoted as fashion accessories rather than handy devices. Along with its colorful appearance, it included health-oriented capabilities, fitness tracking, navigation, and wireless telecommunication, separated from the phone.

It was a perfect device for people on the go or those who wanted to track their training. But Apple Watch did not start as this powerful tool for today’s busy lifestyle, as it changed throughout nine existent versions.

And while we are waiting for a new series, Series 8, to drop in September, let’s remember some of the previous versions and remember the oldest Apple watch. 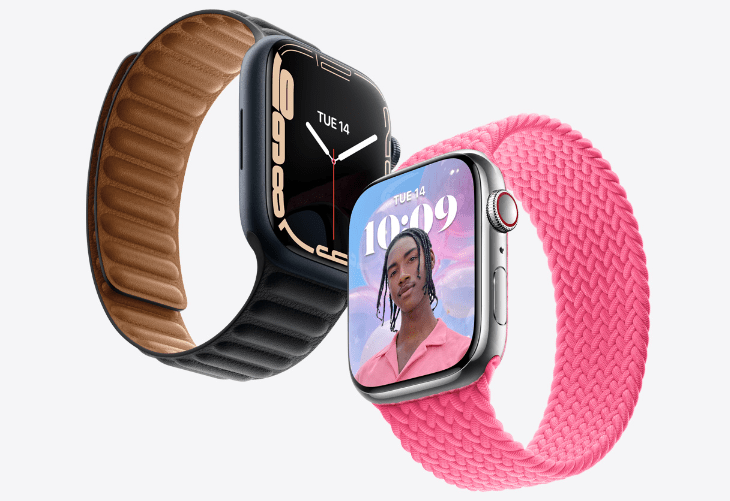 While the public is waiting for Series 8 to drop in September, Apple Watch Series 7 is still available for purchase. Apple announced it during the Apple Special Event in September 2021, and preorders started as late as October 8, a week before an official release.

Series 7 did not change much from its predecessor, but it did enlarge the exterior design, a 70% brighter display, and 33% faster charging. The watch includes an electrocardiogram (ECG) and blood oxygen app, as well as a monitor for heart rate. Series 7 is available for purchase on the Apple website for $399.

Apple watches work through operating systems, acting like mini-computers on your wrist. The latest version in Series 7 is WatchOS 8 operating system, released in September 2021. The system has some improvements, such as digital keys for safe door unlocking and new exercise apps. 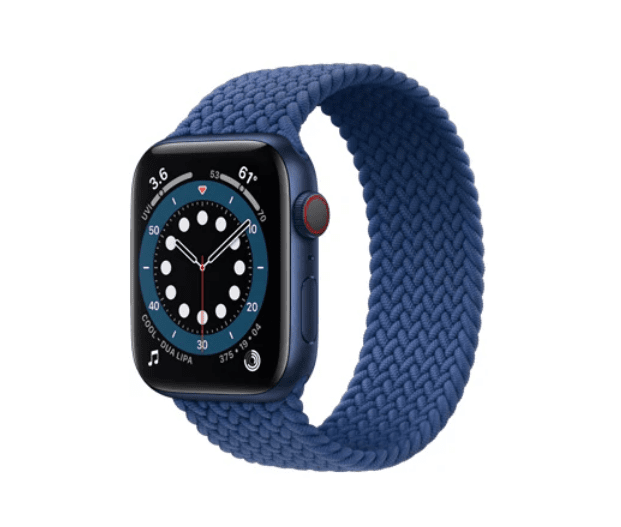 Apple Watch Series 6 was announced three days before the official shipping. The sixth series worked on WatchOS 7 operating systems until its discontinuation in October 2021. Like the other series, the Apple watch series is limited to a year of production at best before a new, improved model comes by.

Regarding the sixth edition, Apple introduced a new feature that has been continuously present. “A breath of fresh innovation” was a blood oxygen saturation monitor, which worked on-demand whenever the user needed readings. Apple also added an app for tracking sleep quality.

Series 6 watches are around $400 on Apple’s website. It included four versions: Apple Watch, Nike, Hermès, and Apple Watch Edition. And while the production of discontinued series is not active anymore, you can still find Series 6 for purchasing in different official retail shops. 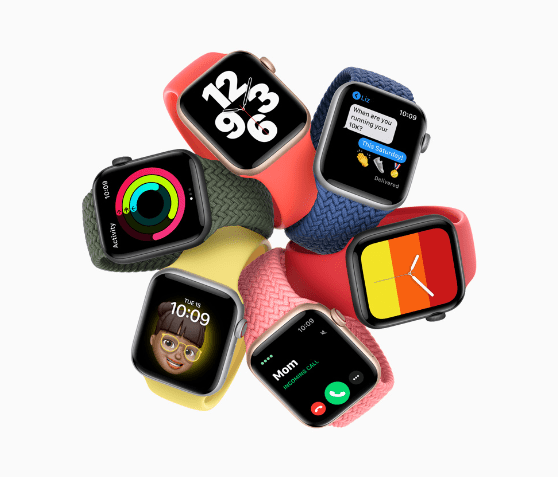 Apple Watch SE was announced and released simultaneously as the Series 6. Apple announced it at the special event as “the ultimate combination of function, design, and value,” but there are not many differences between its twin, the sixth series. The series is still in production.

The main difference between these two series is the processor or the brain of the watch. Series 6 had the latest (at the time) S6 chip, while the SE Series had the S5 system, which meant it was more similar to the Watch Series 5. SE came with the Family Setup that was available for people who were not iPhone users.

Apple switched the charging cables from the USB-A to USB-C Fast Charging a couple of months before the discontinuation of Series 6. But users filed complaints upon purchasing when Apple explained how the fast charging feature could only work with updated charging architecture in Series 7. 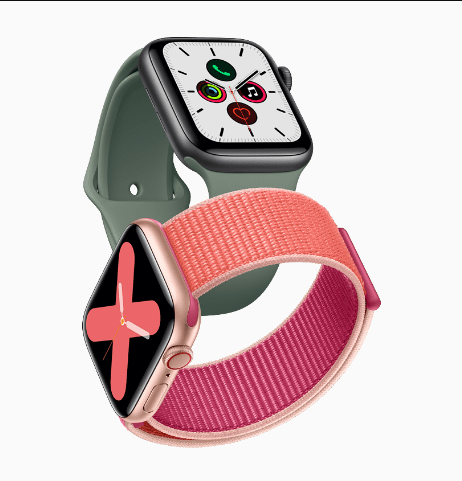 The fifth series of Apple watches had four different versions, just like Apple Watch Series 6. But Apple introduced a new feature or modification for this series, which was a big deal then.

That was the first Apple Watch with an always-on display – something new models have by default.

Series 5 was in production until September 2020, but different models are still available on the Apple website for $269. This series also came with a broader range of materials, which included aluminum, ceramic, stainless steel, and all-new titanium.

Apple introduced an international call option for emergency services. It was the first time apps such as Cycle Training, Navigation, the Noise app, and Activity Trends were available. 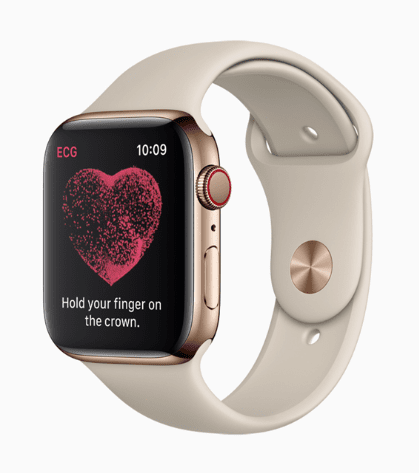 Apple introduced the Watch Series 4 during the annual event in September, along with the iPhone XS and iPhone XR. This series was the first Apple Watch to get a larger display, the same 40mm/44mm case size in newer models. With a more robust battery, this model was a great success.

After a year of production, the series was discontinued, but Apple sells refurbished models for $249. Apple Watch 4 had different versions, including the Nike+ version with added running maps, custom watch faces, and a Nike+ Run Club app.

The fourth series redesigned calls after getting complaints from users, so Apple moved the microphone to the other side and increased call volumes up to 50 percent. The design did not change much in the later years, as Apple was finally satisfied with their product. 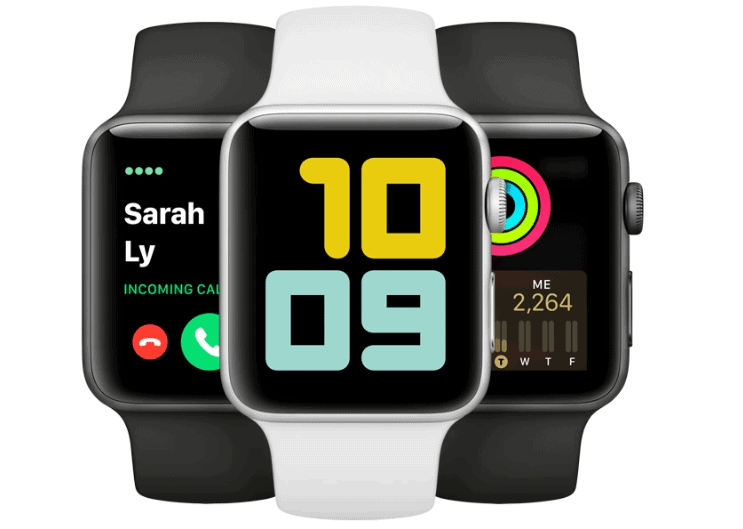 Apple Watch Series 3 is probably the first successful entry-level smartwatch, still available today. It came out in September 2017, sharing most features with Series SE. The Series 3 launched alongside iPhone 8 and iPhone X.

The third series had LTE cellular connectivity for the first time, enabling users to make phone calls, iMessage, and listen to podcasts and apple music directly from the watch. Even though this watch is available for purchase, it’s not the most popular model due to its dated appearance and app functions.

Some could say Apple changed the game for smartwatches with this series, as users could enjoy phone calls without their phone while using built-in GPS and optical heart sensors. Just like a little computer on your wrist, with a bonus of this series being still in production. 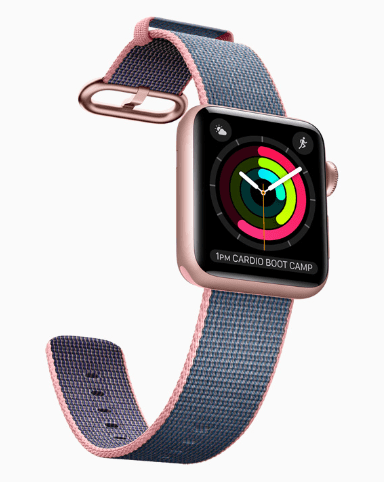 The first water-resistant smartwatch was Apple Watch Series 2, released in September 2016, simultaneously with Series 1. The series was announced just days before its official release, as it was released alongside the first waterproof iPhone, iPhone 7.

Apple focused on swimming for this edition, as the watch could resist up to 170 feet of diving depth with a dual-core processor, an excellent feature for smartwatches. They have collaborated with the fashion house Hermès many times, but Series 2 introduced the first limited edition with Hermès Paris design.

Hermès International is a French luxury design house specializing in jewelry, watches, accessories, home furnishings, and leather goods. Established in 1837, Hermès is one of the most recognizable names in the fashion world today.

Twinning with Series 2, Series 1 came out in September 2016 with a dual-core processor and solid aluminum casing. The Series 1 had splash resistance, a heart rate sensor, and a gyroscope for more accessible orientation measurements.

Apple was still searching for features and appearances that would be easily recognizable among many smartwatches. However, this was a step in the right direction, as it started building up systems as we know them today. It might seem outdated to buy today, but you could still find refurbished versions for around $100.

Each series has multiple material versions, except Series 1 and Series SE, available only in aluminum. Most Apple watches are made of stainless steel with a sapphire crystal display and ceramic back. 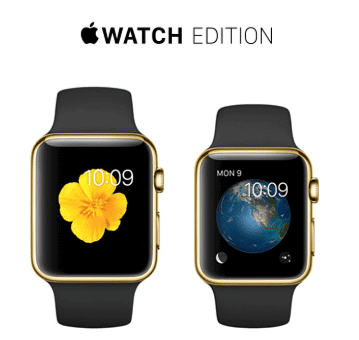 The oldest Apple Watch, 1st Generation or the Apple Watch Series 0, was announced during a special event in September 2014. Apple changed the game for smartwatches as the Series 0 became the best-selling wearable device after its release in April 2015.

The original watch used a single-core processor, released in three versions: Apple Watch, Watch Sport, and Watch Edition. Kevin Lynch, an American software developer, was hired by Apple to design it, explaining his vision as something that “is more freeing to use than looking at your phone all the time.”

There were rumors about Apple developing a wearable device in 2011, a variation of the iPod rather than the iPhone. But no news came out for almost two years when The Wall Street Journal reported that Apple had hired a team of professionals to get the job done. And thus, a successful series of smartwatches began. 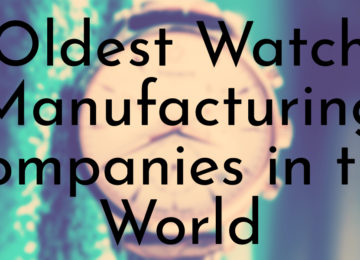 Posted by Shasha Neil 0
Known for its indestructible nature and hold on the 90s and early 2000s, the Nokia cellphone is synonymous with the…