Magic tricks are now common entertainment, though in the post-Internet age they’ve had to seriously up their game to compete with our desire to be disillusioned. Still, celebrity and street magicians alike dazzle people with illusions, sleights of hand, and even amazing escape acts. Television shows like America’s Got Talent bring the Las Vegas magic scene to our living rooms for a real taste of the old world on modern network television.

But magic tricks haven’t always been knife throwers and escape artists. The oldest magic tricks were often simple games or illusions, yet no less amazing for it. For thousands of years, kings and peasants have been dazzled by these tricks, many of which can still be viewed today.

Here are the 8 oldest magic tricks in the book. 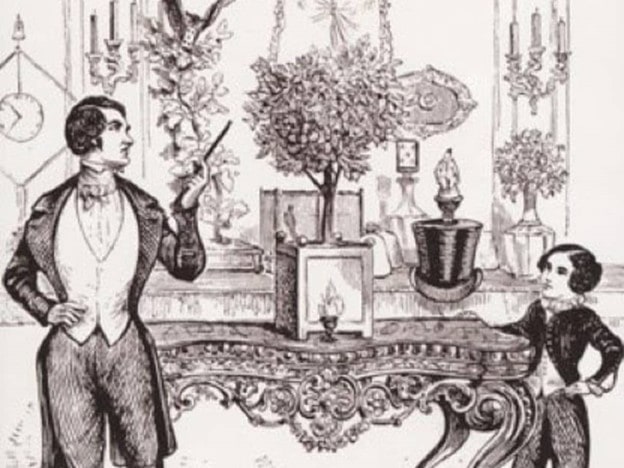 The orange tree trick, as created by the French magician and clockmaker Jean Eugene Robert-Houdin, is a marvel of showmanship, planning, and clockwork, more than sleight of hand. The trick begins by collecting a ring and handkerchief from two members of the audience, tying them together, making them disappear, and then doing amazing things with fruit.

Houdin made an egg disappear into a lemon and the lemon into the orange. He turned them to powder, mixed them with liquor, poured them on a tree, the tree sprouted real oranges, and the final orange opened to reveal the handkerchief and ring.

The trick was really a combination of performers using rods, levers, and amazing mechanical props to bring the objects into view.

A classic phrase spoken by Londoners went, “queer as a clockwork orange.” This phrase is where Burgess got the title for his famous book, A Clockwork Orange. Some historians believe that the phrase was originally a reference to Robert-Houdin’s trick. 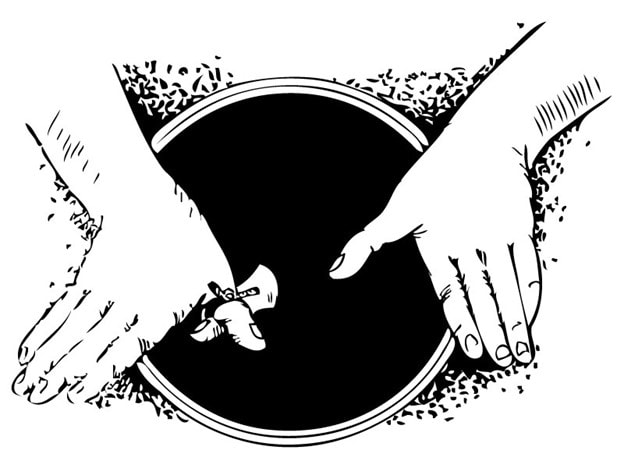 Joseph Pinetti was known throughout France as the pioneer in magic performance in the 1700s. He created, or is known as the first purveyor of, the thumb tie effect. This trick involves using sleight of hand to create enough slack in a piece of rope so that, when tied, the magician can easily escape while playing up the effort required to do so.

Pinetti was the first magician known to use advertising to sell a magic show.

Year: 1720
Location: England
Trick: Transportation of any card called for 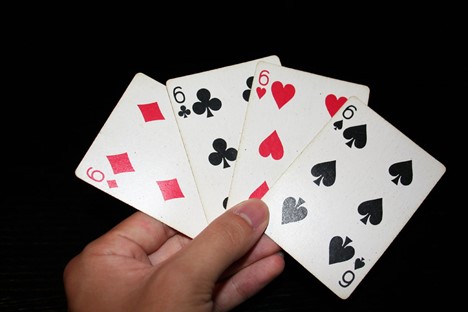 The English magician Isaac Fawkes created many tricks that earned him a huge fortune in the early 1700s. One of these tricks was a card on the ceiling, which he could make appear bearing the face of any card called for by the audience. His “dexterity of hand,” as it was called, was a legendary feature of the Bartholomew Fair, which ran from 1133 to 1855 showing numerous public acts.

Henry I funded the Priory of St. Bartholomew in the 1100s, from which the fair was put on every 24 August within its precincts in London, outside Aldersgate at West Smithfield. The fair continued even after King Henry VIII initiated the dissolution of the monasteries, including St. Bartholomew’s parish. 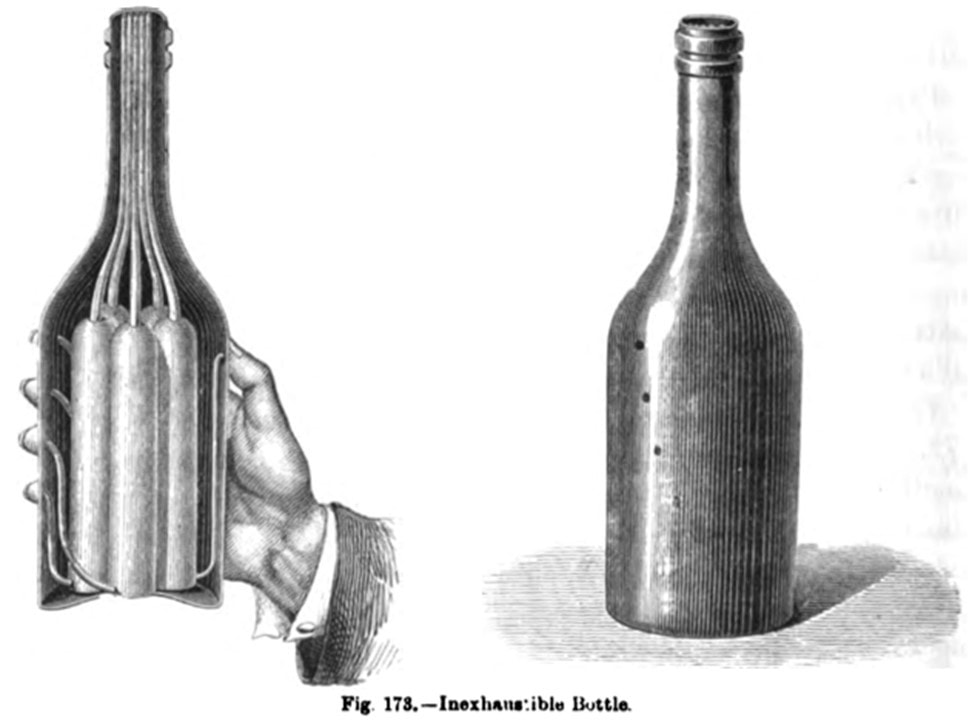 The trick involved a bottle that could produce different drinks and continue to pour them even after being emptied. It is now a well-known prop trick, where a series of stoppers control the airflow in the bottle and allow the magician to pour from multiple pipes. It was famously performed by Jean Eugene Robert-Houdin and John Henry Anderson.

The inexhaustible bottle is a variation of the lota bowl trick (see below). In the form introduced in London, it has been known by many names, including Any Drink Called For and Satan’s Barman. Performers during the temperance movement renamed the trick, The Obliging Tea Kettle. 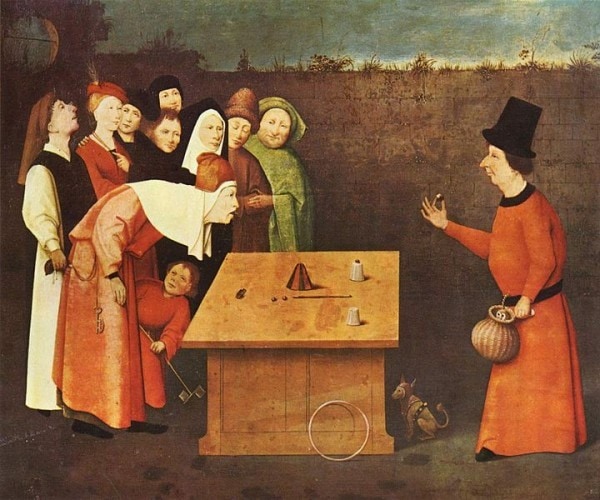 We are grouping these tricks together as compiled in the Secretum philosophorum, a book with a fancy name from England circa 1300-1500 AD but in truth is kind of like the ancient equivalent of a guidebook for young men to be amusing at parties.

The Middle Ages were not known to be kind to magicians and witches, however, some clever tricks used by conmen, performers, and magicians drew crowds. Some of these tricks were simple, such as making coins disappear and untying your hands behind your back. However, other tricks were trickier, such as a famous one that could turn water into the color and taste of wine by using bread.

It was achieved by soaking the bread in wine and drying it. Then, when given a bowl of water, they could rehydrate the bread pieces, which released the wine.

The common depictions in medieval art show people scared of nature, cowering before the universe with guilt and uncertainty. However, many aspects of the period in 1300-1500s England show a people in love with nature and with amusement. These are, after all, the people who thought up Merlin, who cheered when magicians could make apples roll on their own. They even created the first trick candles. 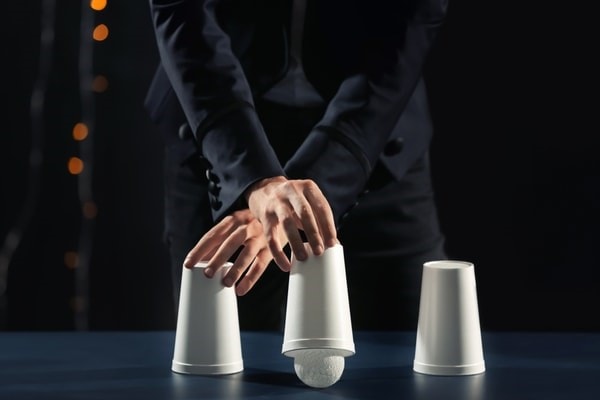 The conjuring effect or cup and balls trick is possibly the most widely known magic trick. Still performed in streets and stage acts today, with many variations, the conjuring effect employs sleight of hand and misdirection to allow the magician to trick people into losing track of the balls or dice. Generally, there is no prop magic in this trick (such as a ball that drops through the table). It’s all in the performance.

The trick was first mentioned in the 45th Epistle of the Moral Letters to Lucilius, published in 65 AD, referred to as the “juggler’s cup and dice.” This makes the trick 2,000 years old at least, since it was likely around for a while before Seneca mentioned it. This text is just our first concrete example of its existence.

The trick was called Acetabularii, from the Latin word for a vinegar cup, “acetabulum.”

The Egyptologists Newberry and Wilkinson theorized that the conjuring effect was twice as old as this, dating back to ancient Egypt around 2500 BC, based on the Egyptian gambling game, thimblerig. Their evidence, however (an ancient illustration that we talk about more below) has never been verified as the cup and balls trick. Seneca’s mention remains the first verified evidence.

Year: 2700 BC
Location: Egypt
Trick: Detaching and reattaching the head of a bird 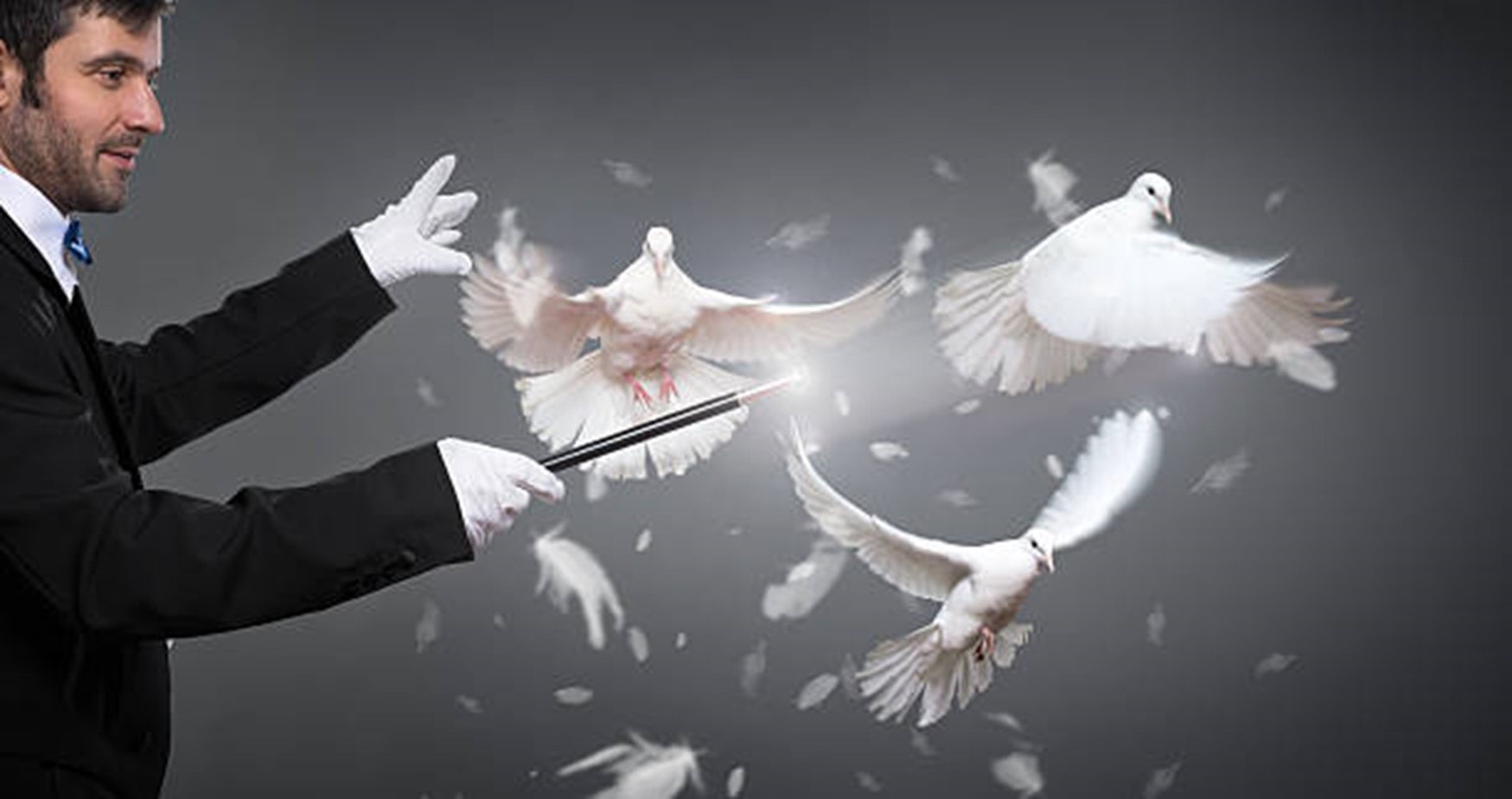 Nothing says the old world like cutting off the heads of small animals for amusement. This trick, performed for a pharaoh by the magician Dedi, around 2700-2500 BC is a famous example of combining magic, religion, and government through the power of mysticism! It was a long time ago.

In this trick, Dedi decapitated a bird for the pharaoh and replaced the heads, then making mystic prophecies to the king (after proving his connection to the powers of the other world). Not every historian believes that this trick was actually performed, however, many Egyptian accounts depict similar tricks in the region. Even if Dedi’s role is nothing but a researcher’s dream, the trick was probably performed by someone.

The conjuring effect, otherwise known as the cup and balls trick, is sometimes associated with Dedi due to a specific drawing in the tomb of Baqet III of what looks like the magician performing this game. However, the drawing of the cups (no balls) is widely disputed as to whether it actually depicts the trick, which is why we listed that trick separately. 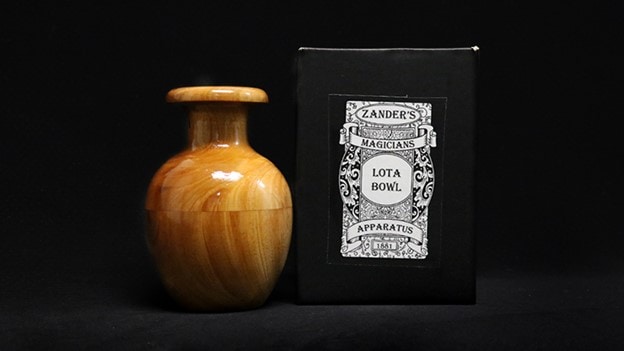 The lota bowl trick, performed in courts and demonstrations in Asia, was not a sleight of hand trick but was in fact a prop trick. This means that the bowl itself supplied the trick through its construction.

The performer would empty the bowl into another container and even show the audience that it was empty. Then, later, without touching the bowl, they could continue to empty it. Each time they poured out more water, it seemed to refill itself magically.

Lota bowls are not difficult to make. They are often shaped like pitchers to create the room they need to hold the extra water. A small gap at the bottom of the barrier between the main part of the bowl and the side pockets allows water to pass through when the bowl is standing up.

Magic tricks have captivated kings and commoners for thousands of years. While magic has returned to being more of a sport for the 1%, a Vegas pastime more than a feature at the local market, on television and on stage, the art of illusion remains as strong as it was when these 8 magicians invented the oldest tricks we know. 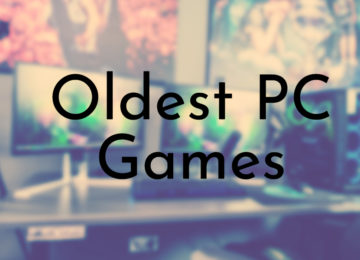 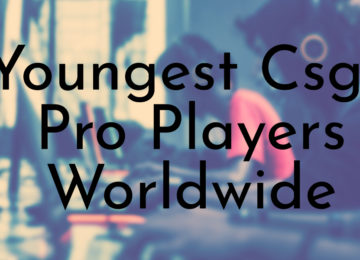 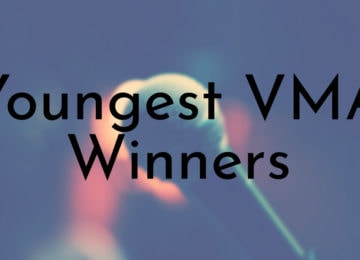 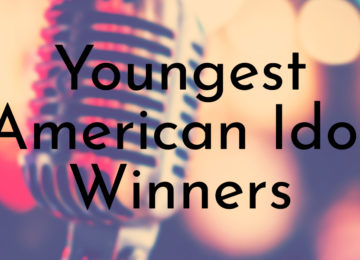