Nearly all of the oldest hotels in Spain did not originally start out as lodging for travelers. Most of the hotels on this list are part of Spain’s Paradores program – Paradors are historical locations such as castles, fortresses, churches, etc., that have been converted into modern hotels while retaining the buildings’ histories. Some of the buildings the hotels are located in are hundreds of years old and have been renovated and restored over the years. 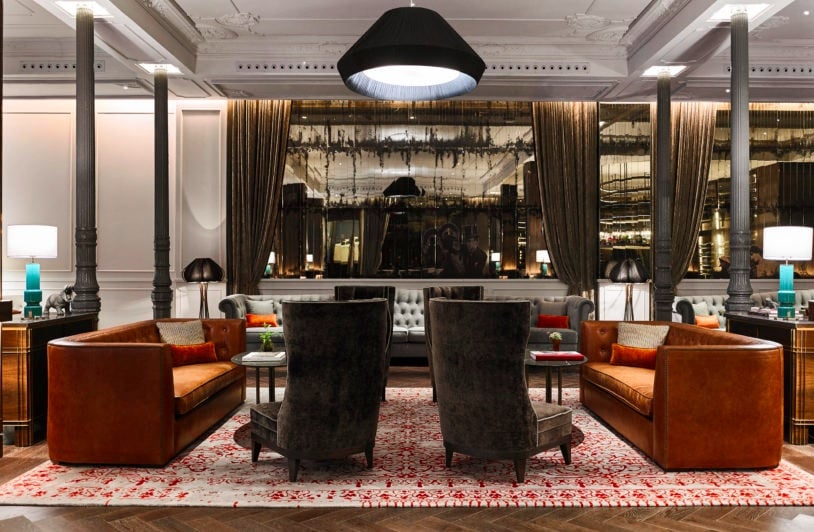 Over the years, the Gran Hotel Inglés has been renovated and expanded by its owners. The Gran Hotel Inglés was recently reopened in late 2018 after being closed for five years due to extensive renovations. It was converted from a three-star hotel into a five-star luxury hotel that has been receiving rave reviews.

The Gran Hotel Inglés is home to a number of firsts, including being the first hotel in the world to establish a restaurant on-site. It is also the place where the Philippines’ declaration of independence was signed. 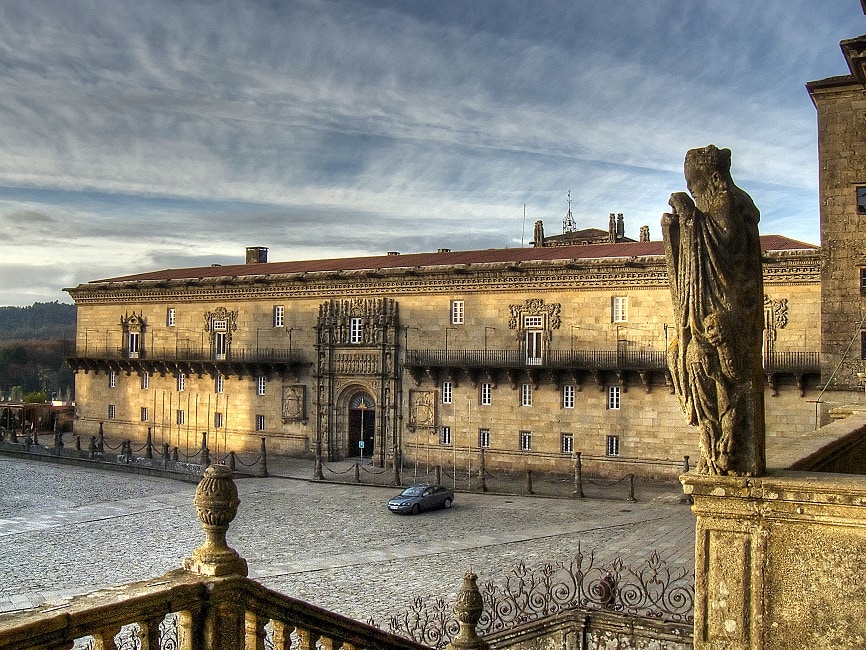 In the past, the Hostal de Reis Católicos provided all of its services – shelter, food, and medical care – for free to pilgrims. In more recent times, the Hostal has continued to provide free services to a limited number of pilgrims. 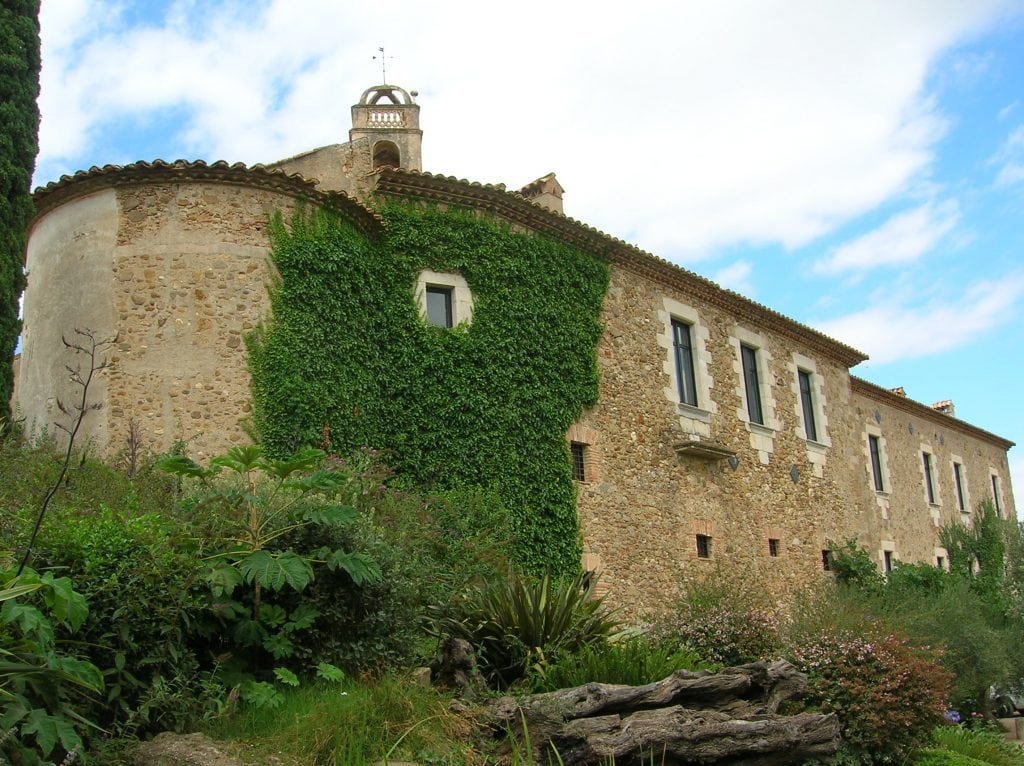 The oldest historic records mentioning the Castell d’Emporda date back to around 1301, but the castle is probably much older. In the early 15th century, the Castell d’Emporda was acquired by the Margarit Family. Pere Margarit was one of Christopher Columbus’ captains and famously discovered Isla Margarita off the coast of Venezuela.

By 1999, Castell d’Emporda had been abandoned for more than 18 years before it was purchased by Albert Diks and Margo Vereijken. They restored the castle to its former glory and turned it into a hotel in 2001.

The Castell d’Emporda was almost purchased by famous Spanish artist Salvador Dali in 1973. 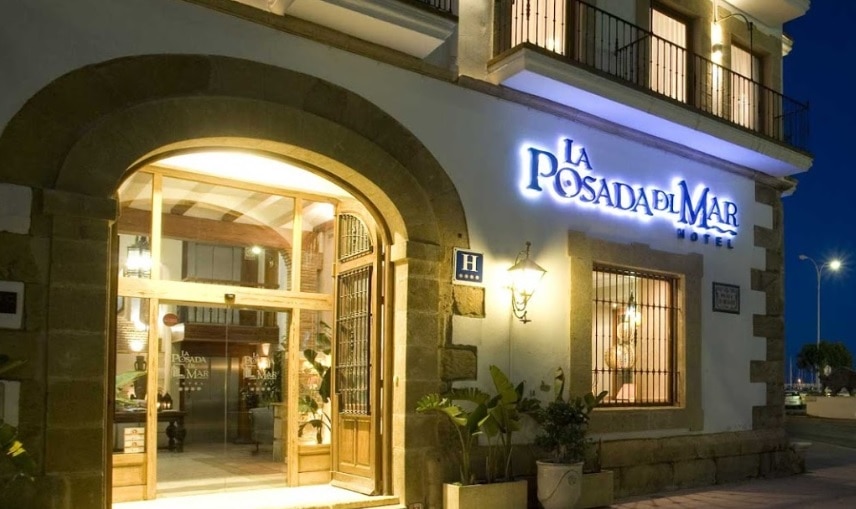 La Posada del Mar dates back to around 1243. That year, the building was given to William of Cardona by King James I of Spain. Before it was turned into a hotel, La Posada del Mar underwent extensive renovations. La Posada del Mar is one of the only historic hotels in this region of the Mediterranean coast.

La Posada del Mar is a four-star hotel with 25 luxurious rooms, nine of which are junior suites. 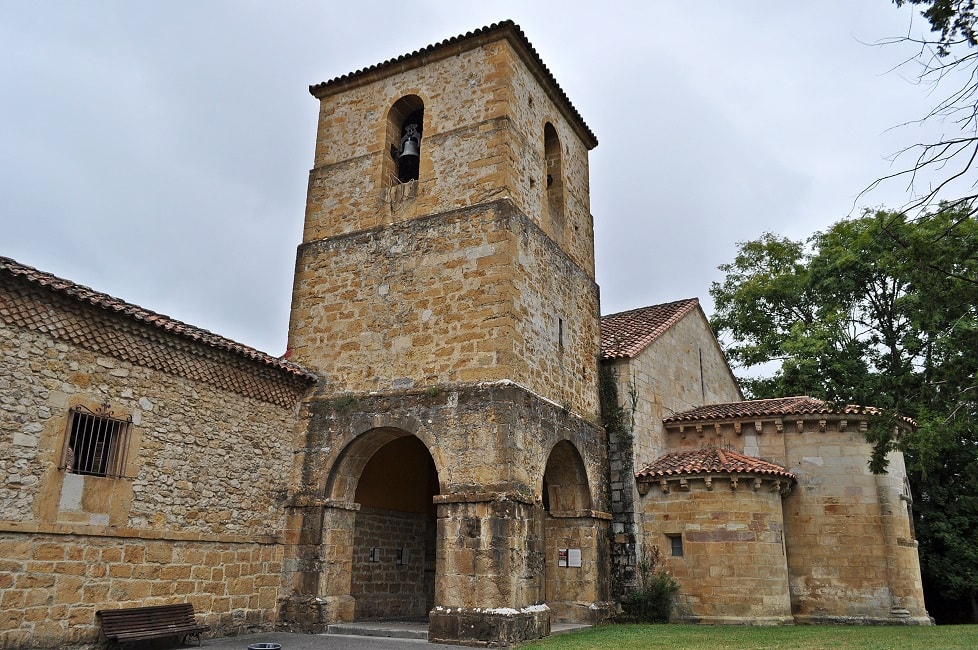 The Parador de Cangas de Onis was a former monastery built sometime in the 12th century. Reportedly, a church was first built on the site in the 8th century by Alfonso I the Catholic, son in law of Pelagius of Asturias – no parts of this original structure remain.

Although the Parador de Cangas de Onis is no longer used for religious purposes, the church next to it is still used for regular services. 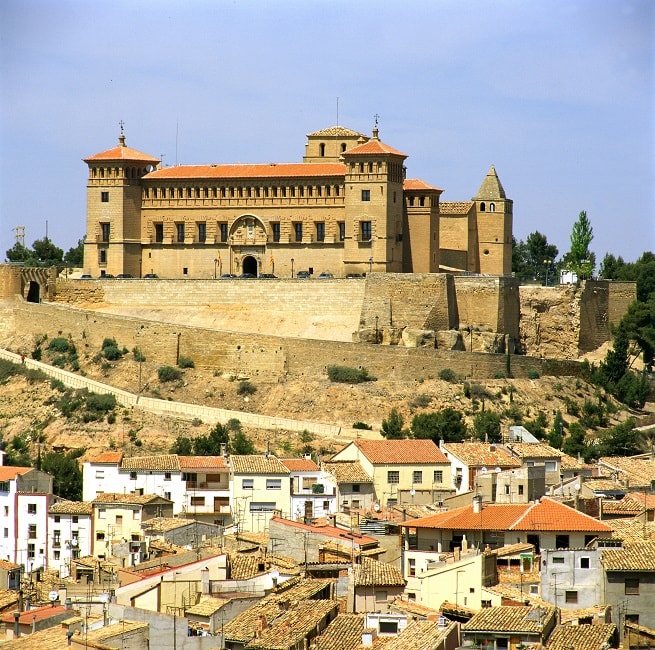 The Parador de Alcañíz sits on the hilltop of Cumbre de Cerro Pui-Pinos in Teruel, Aragon. The castle, which was originally more of a fortress, dates back to at least 1179 when it became the seat of the Order of Calatrava.

The original name of the Parador de Alcañíz was the Hotel la Concordia, which was an homage to the fact that the La Concordia agreement that appointed Ferdinand as king in the early 15th century was signed at this castle. 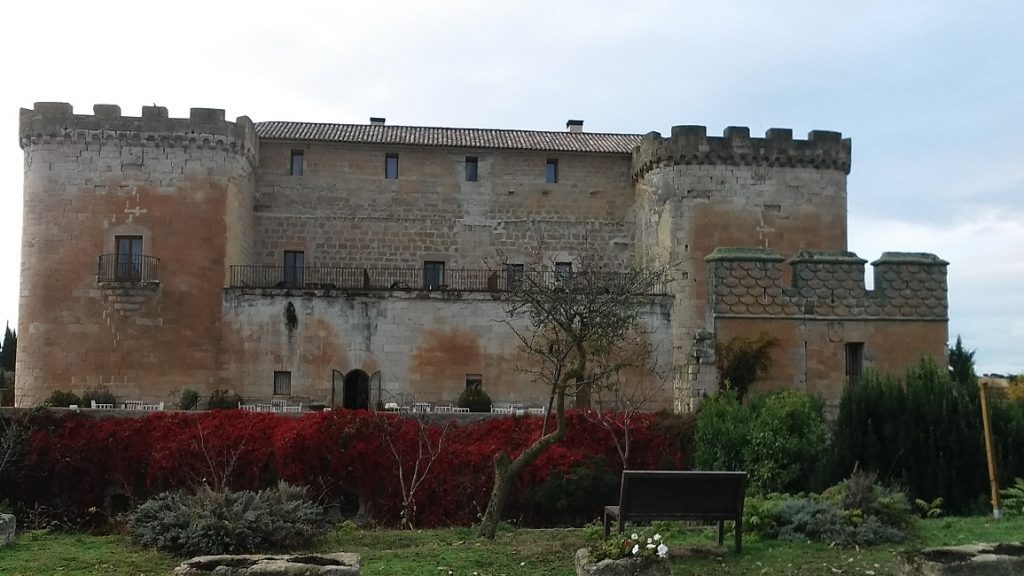 According to legend, the castle got its name “Buen Amor” because the Bishop of Ávila renovated the castle so he could live there with his mistress Doña Teresa de las Cuevas. 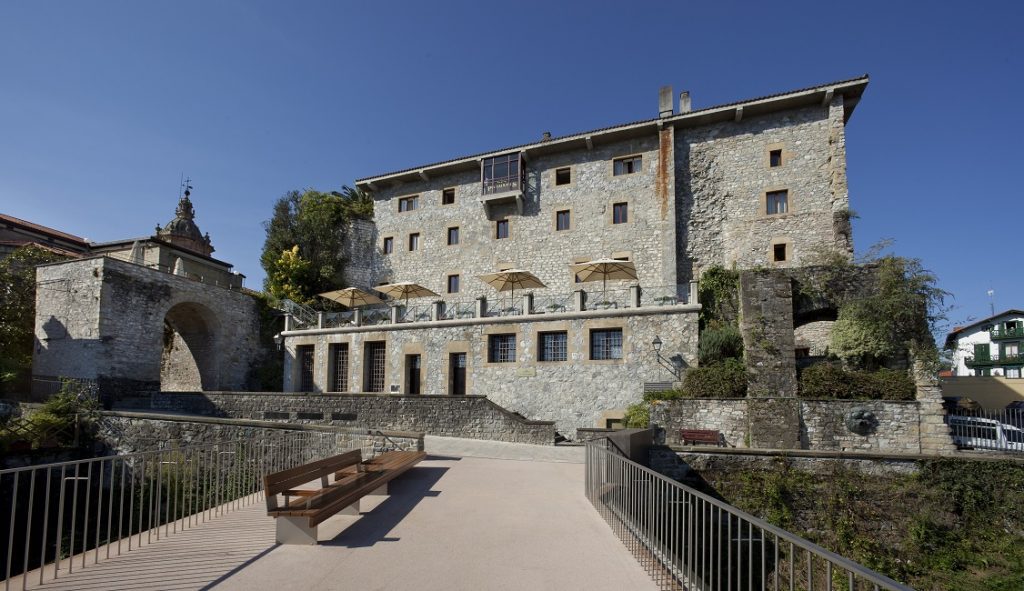 Like most of the old hotels on this list, the Parador de Hondarribia was originally a castle, which was built in the 10th century by the king Sancho el Fuerte of Navarre. The king built the castle during the Christian reclamation of Spain from the Moors.

Most of the Parador de Hondarribia’s current structure dates to the 16th century when the castle was restored by Emperor Charles the Fifth. There are extensive tunnels and passageways under the castles, which have inspired urban legends that say people never return after going to explore these passageways.

Over the years, many notable figures have stayed at the Parador de Hondarribia, including Napoleon Bonaparte, Admiral Antonio de Oquendo, and Garcilaso de la Vega. 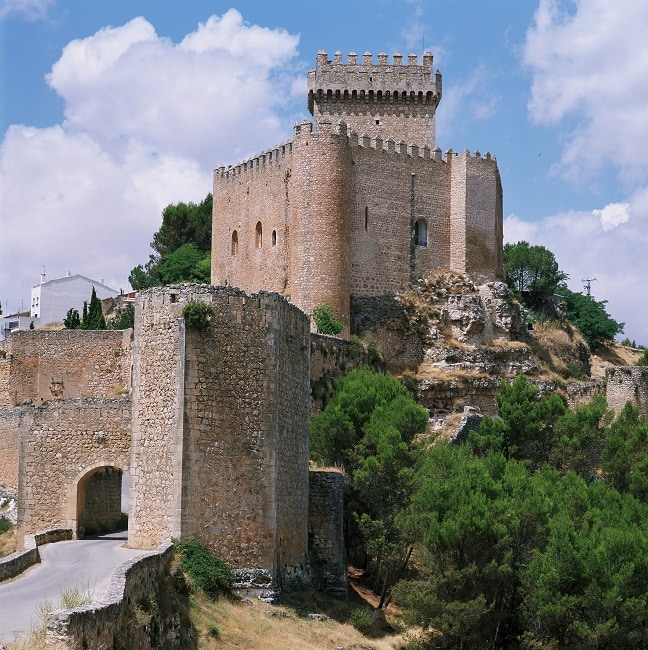 The Parador de Alarcón is located in an 8th century castle built by Muslims, which makes it the oldest hotel in Spain. The castle remained under Muslim rule for several centuries before being captured by King Alfonso VIII in the 12th century. After that, the Parador de Alarcón served as the home of fortress of the kings of Castille.

The Parador de Alarcón only has 14 rooms and one room, the Infante Don Juan Manuel is so exclusive it has private access to the castle’s lower watchtower.

Posted by Shasha Neil 0
Spread the lovePyramids are closely associated with the Ancient Egyptian culture, which erected these grand monuments as tombs for their…

Posted by Lauren Johnson 0
Spread the loveCastles are a staple of world history, particularly European history, as several of them still stand today. The…