Hot air balloons are wonderful inventions that allow people to travel over great distances. This is due primarily to the fact that they can lift themselves into the air by heated air, which has a lower density than ice or water. Since hot air balloons are lighter than cold air, you don’t need an engine unless it’s at a high altitude.

In line with that, you will learn in this article about the ten oldest hot air balloon festivals in the world. 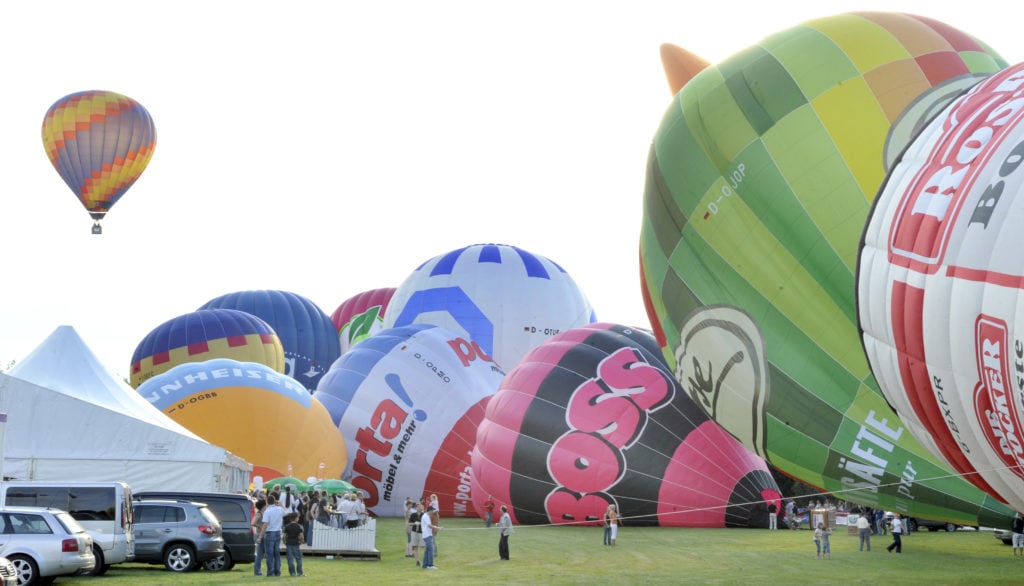 The City of Leipzig is a co-organizer of the Fiesta together with a local marketing firm. The initial Balloon Fiesta, a regional celebration in Mügeln in 1995, drew 5000 visitors. The event was transferred in 1996 to “Silbersee,” a recreational resort close to Leipzig.

The third-largest hot-air balloon event in Europe is the Saxonia International Balloon Fiesta. 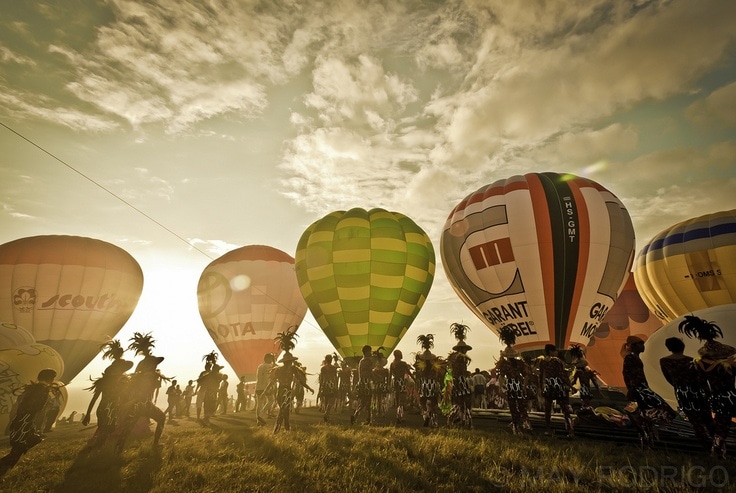 Only three years had passed after Mt. Pinatubo’s eruption when the event was established by the Department of Tourism under the leadership of then Secretary Mina Gabor. 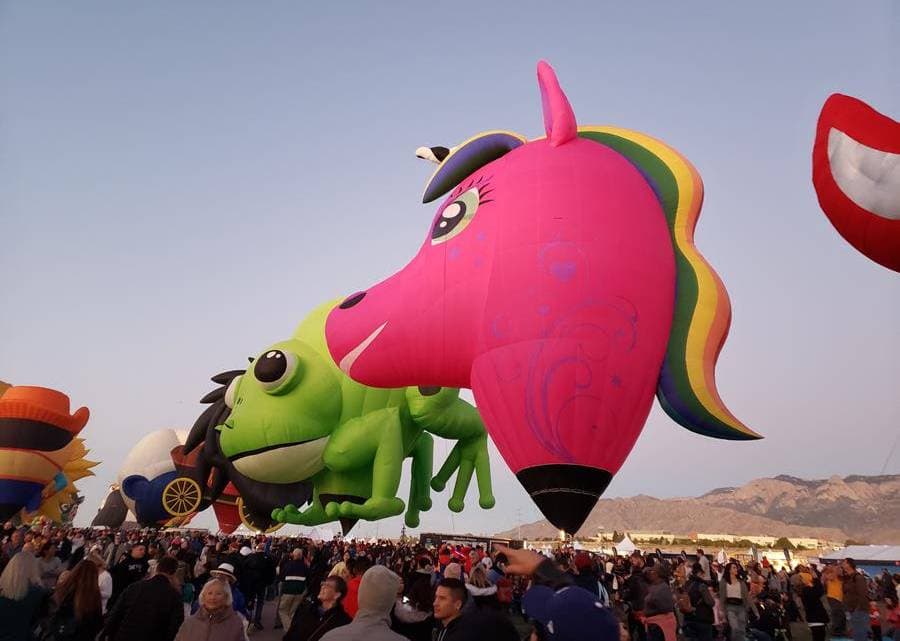 Balloon Aloft Canberra has been doing breathtaking balloon rides above Canberra, the international nation’s capital, for 35 years. Balloon Aloft founded the enduring celebration known as the Canberra Balloon Festival, and it has since taken an active role in it.

Numerous accolades from the industry have been given to Balloon Aloft Canberra, including the Australian Tourism Award for Significant Regional Attraction. 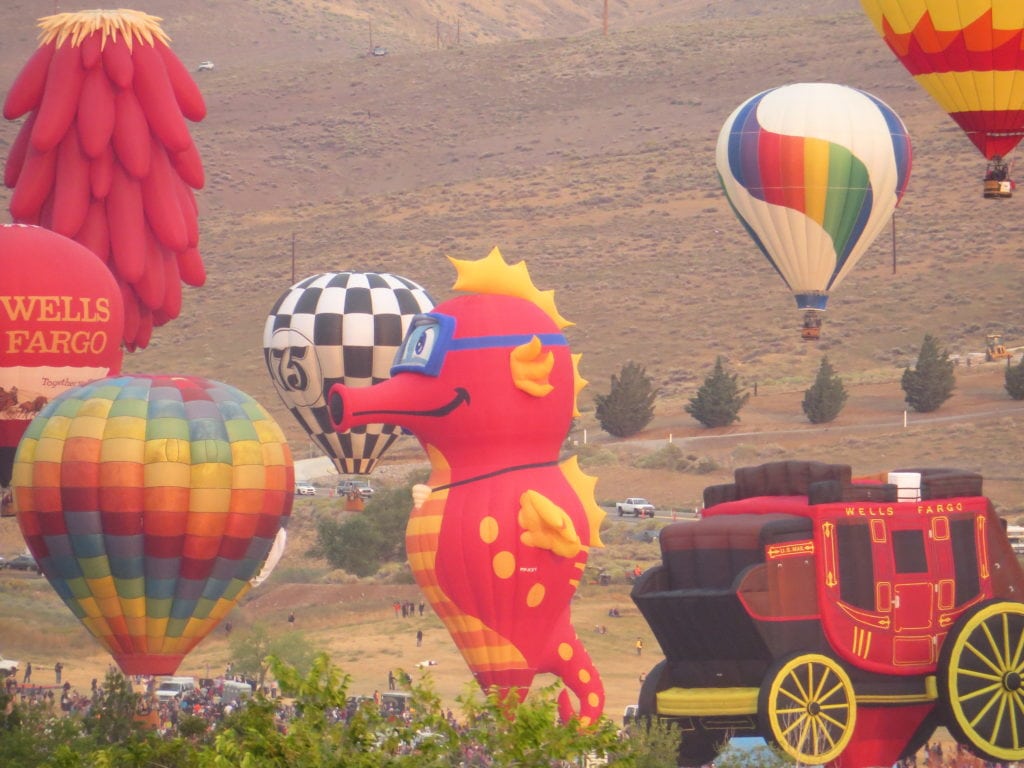 The largest free hot-air ballooning competition in the world is called the Great Reno Balloon Race. You may view a rainbow of hot air balloons floating across the Reno skies for four days in early September.

The Great Reno Balloon Race took flight in 1981 with just 20 balloons, and it has grown to up to 100 balloons today.

The purpose of organizing this event was to draw tourists to the area over the weekend in between the Reno Air Races and the State Fair. Forty years later, it has become a recognized international event and a much-loved local custom. 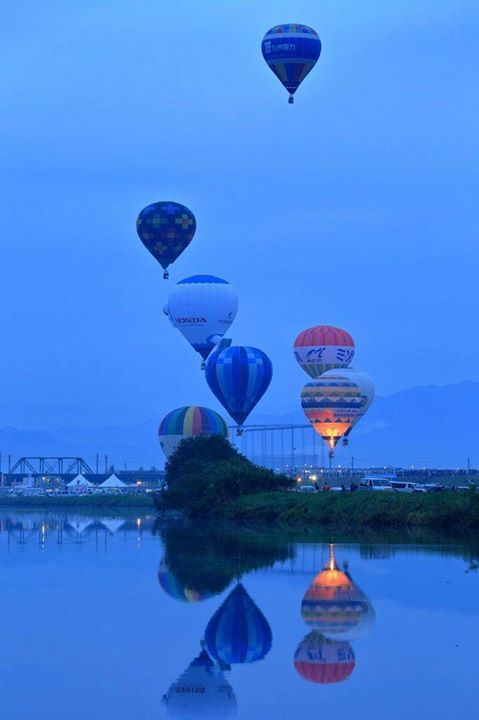 The games have been the primary focus of the Saga International Balloon Fiesta since its inception in 1980. It has been conducted with the same level of quality and quantity as past global championships since the 1989 World Championship in Saga. These initiatives are valued globally, attracting top balloonists from around the world to compete yearly.

Each year, 20 to 40 hot air balloons compete in roughly 20 tournaments held in Japan. Roughly 85 hot-air balloons have participated in the Pacific Cup, the primary event of the Saga International Balloon Fiesta, with about 50 of the pilots being Japanese.

The Saga International Balloon Fiesta is the largest sky sports competition in Asia, both in terms of participants and in terms of the quality of the administration of the games and events that take place there. 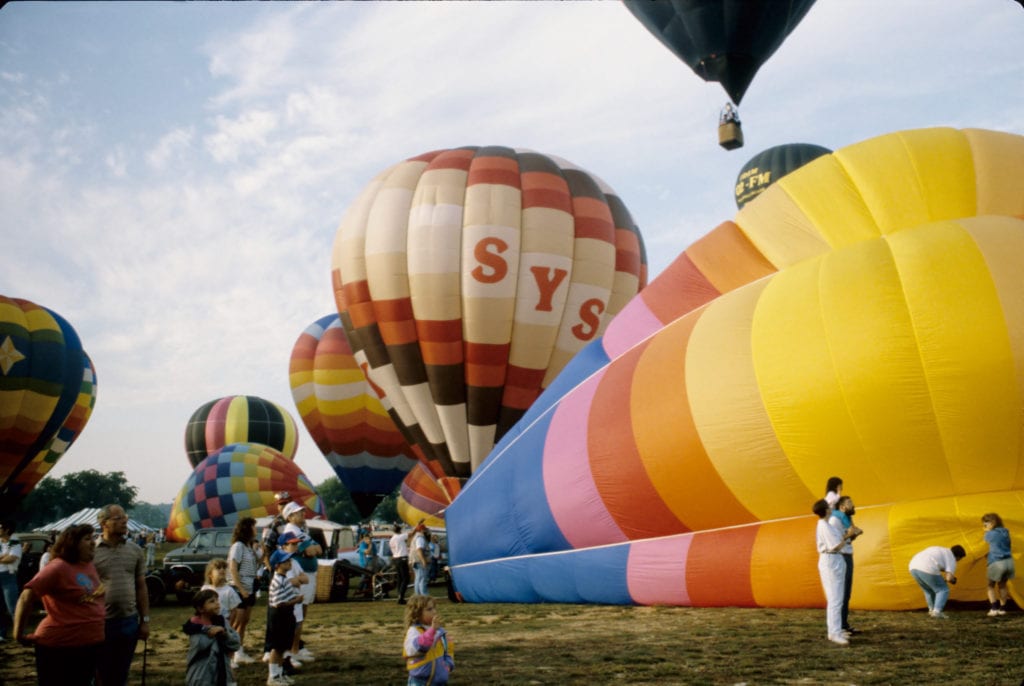 In 1978, 17 balloonists from Alabama and other countries competed in what would become the Jubilee Hot Air Balloon Classic, one of the first such events in the mid-South.

It served as both the official start of Alabama’s tourist season and a display for the brand-new Decatur balloon, one of the first to represent a city. The Jubilee hosts a three-day tournament every year over Memorial Day weekend that draws around sixty pilots from twenty different states. 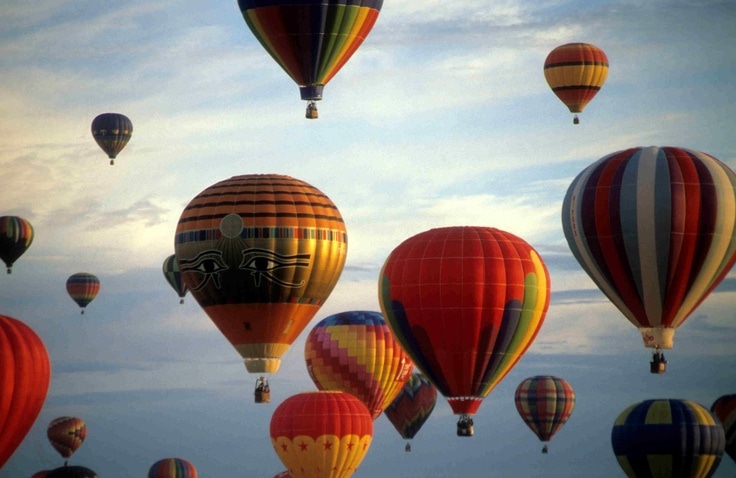 Early in the 1970s, Warren County’s tourism and marketing bureau was searching for a concept for an occasion that would draw tourists to the area following Labor Day. Hot air balloons were not very common at that time in the country.

The Adirondack Balloon Festival was established immediately after one of these balloonists, John Marsden of Manchester, Vermont, shared images of his balloon with some forward-thinking Glens Falls locals, notably Walter Grishkot.

The Weather Channel, Food Network, and media outlets such as the Associated Press and the New York Times have all given the Adirondack Hot Air Balloon Festival recognition as one of the Top 100 events in North America. 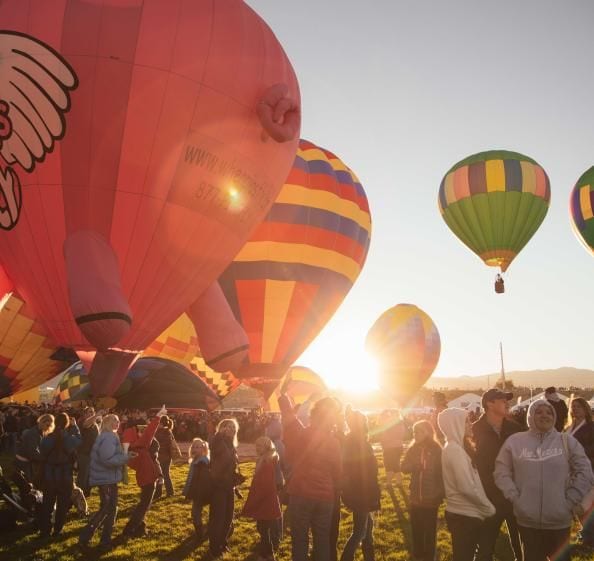 In the Coronado Center Mall parking lot in Albuquerque, 13 balloons were initially gathered in 1972. The biggest ballooning competition in the world was the World Hot Air Balloon Championship, which happened at the New Mexico state fairgrounds with participation from 13 nations.

In the Coronado Center Mall parking lot in Albuquerque, 13 balloons were initially gathered there in 1972. The largest ballooning competition in the world, the “First World Hot Air Balloon Championship,” was staged at the New Mexico State Fairgrounds the following year with participation from 13 nations. 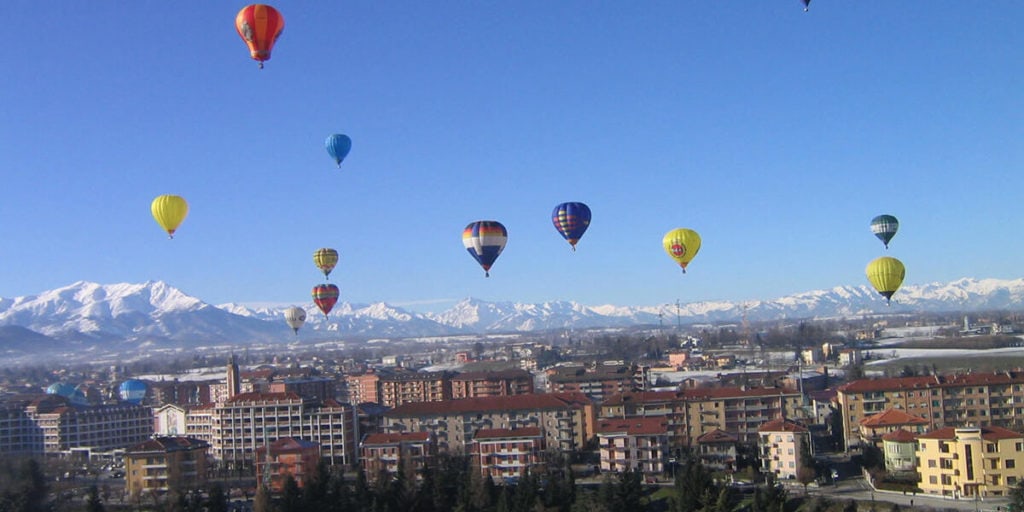 The Epiphany International Air Balloon Rally, the first major event on the ballooning calendar, traditionally occurs at the beginning of the New Year and the conclusion of the Christmas season in Mondovi, Italy.

Pilots take off from the appropriately named Balloon Porto airstrip for the hot air balloon festival, which often takes place against the gorgeous background of the Italian Alps. This festival is one of the most popular in the hot air ballooning industry because of the breathtaking views that the Piedmont area offers.

Up to 50 hot air balloons, including some with different shapes, are usually the highlights of the town during the Epiphany International Air Balloon Rally. 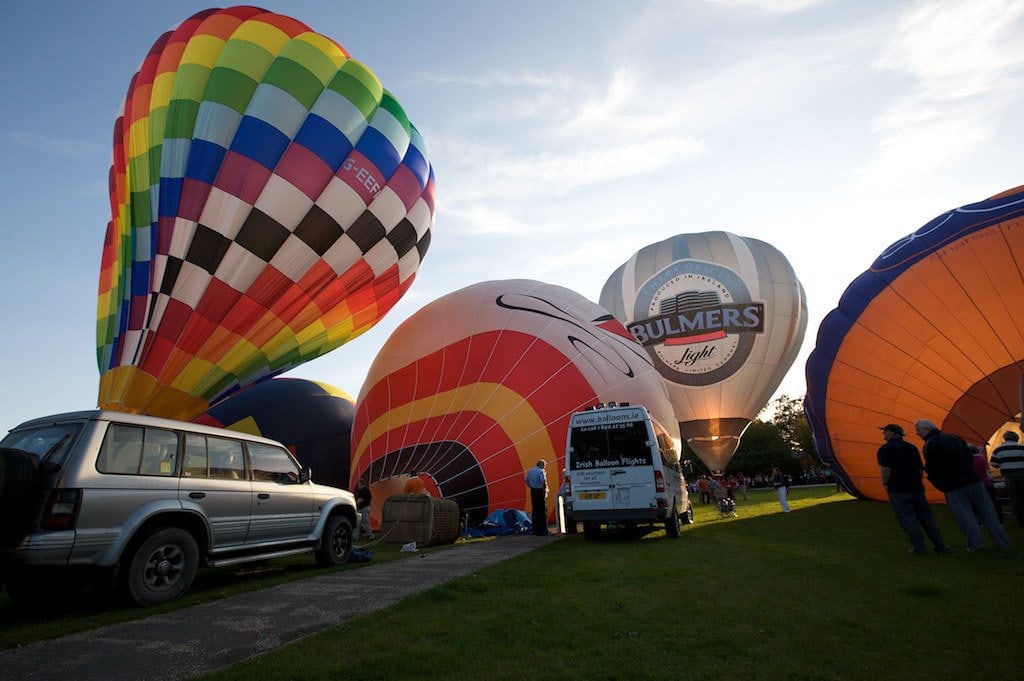 The Irish National Hot Air Ballooning Championship has been operating for the longest time and is the oldest hot air balloon festival in the world. A small number of balloons attended the inaugural event, which was held in 1971 at Newcastle House in Ballymahon, Co. Longford.

Regular guests of the festival include balloonists from the UK, the USA, France, Holland, Belgium, Chile, Germany, and Ireland. The event, which is the largest of its kind in Ireland, is a spectacular sight with these enormous, old planes flying in a direction only determined by the wind.

The Irish Meet is the common name for the Irish Hot Air Ballooning Championships. 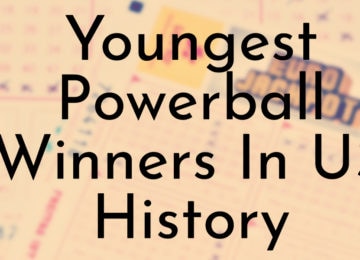 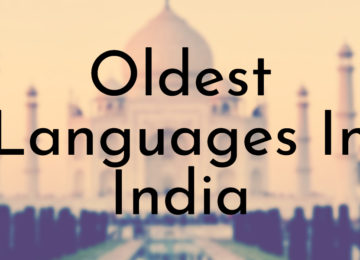