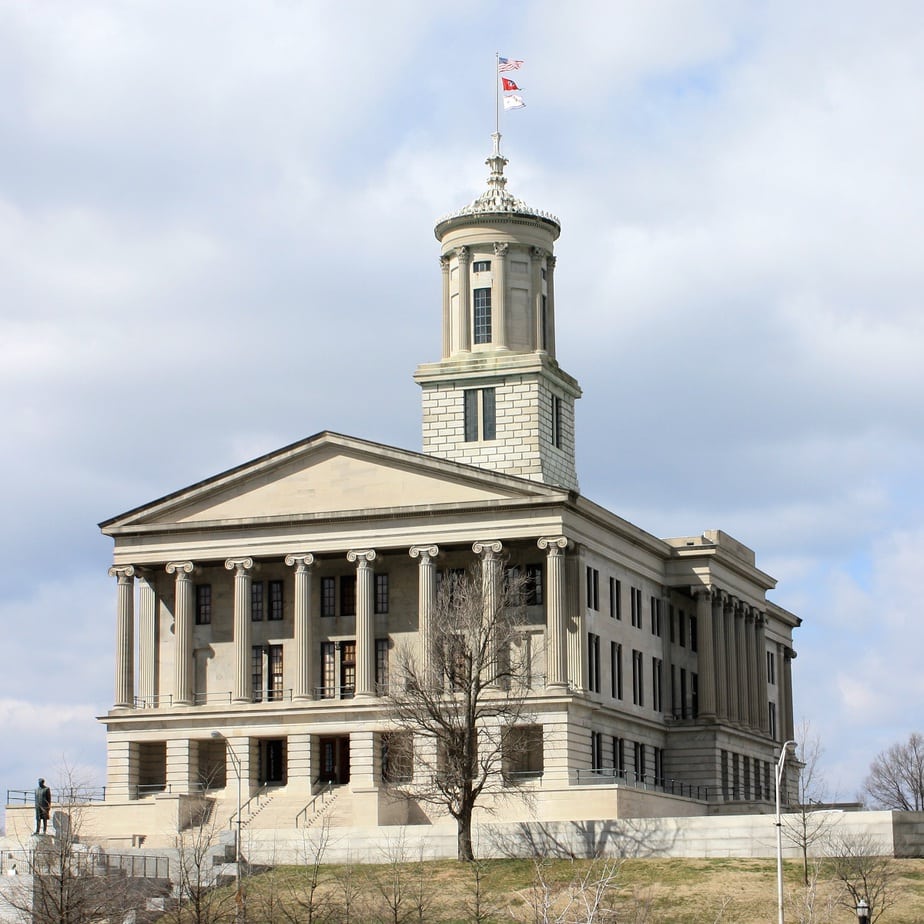 The American Society of Civil Engineers has designated the Tennessee State Capitol as a civil engineering landmark in recognition of its innovative construction, which made unusually extensive use of stone and was an early example of the use of structural iron.

The Ohio Statehouse‘s construction started in 1839, but did not finish until much later in 1861, due to various setbacks including a cholera epidemic, fires, and general setbacks. In 1838,  Ohio’s government held a competition to select the design for the new statehouse. Three winners were selected: first prize was awarded to Henry Walter of Cincinnati, the second to Martin Thompson of New York, and the third to painter Thomas Cole, also of New York. However, due to the numerous setbacks, the Ohio Statehouse was redesigned several times before it was completed.

During an eight year lapse in construction (from 1840 to 1848) on the Ohio Statehouse, the completed basement and foundations were actually filled in with soil and Capitol Square was used as a pasture. 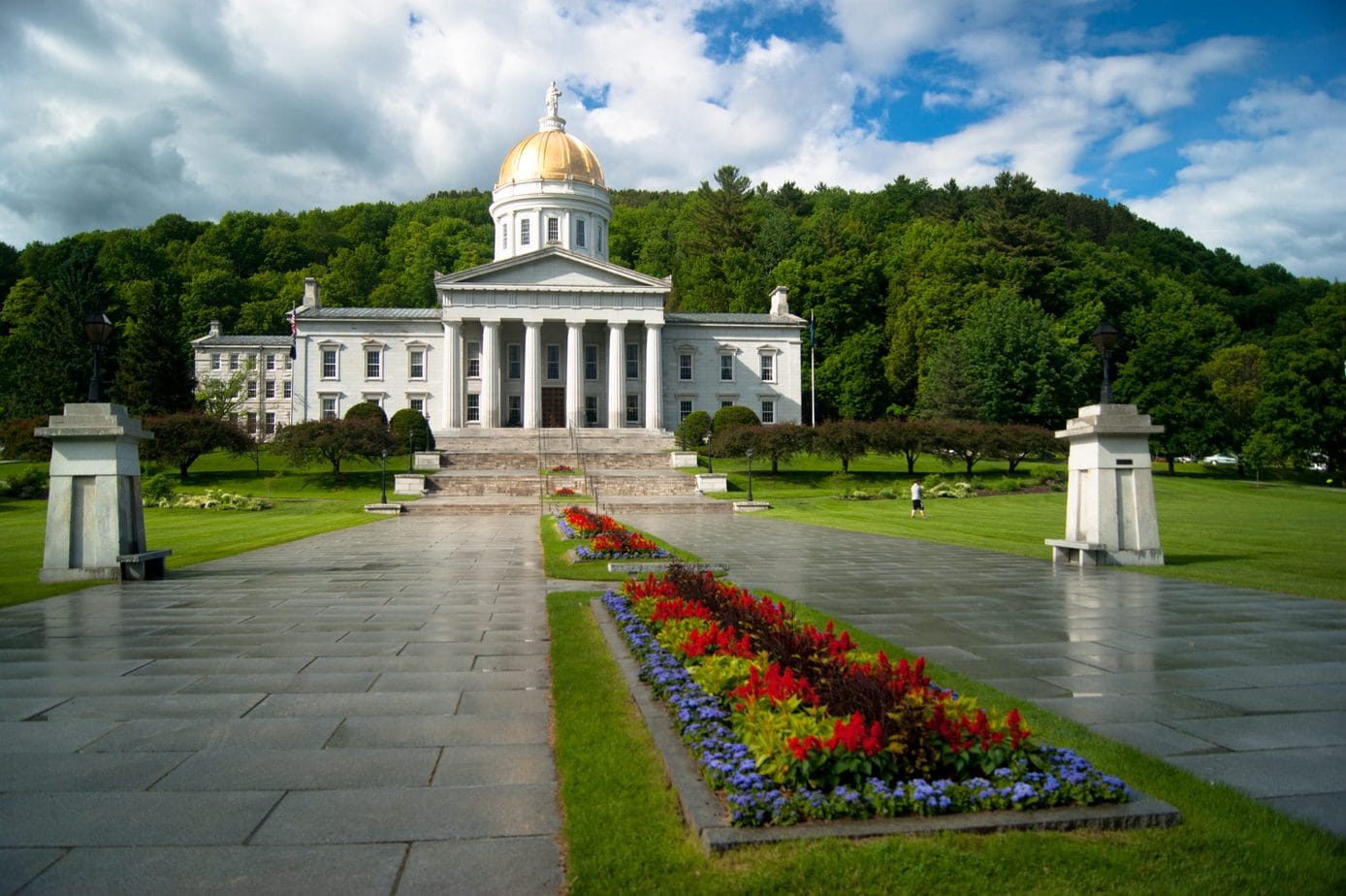 The current Vermont State House was built on the same site as the first State House originally built in 1808. This (current) State House was designed by Thomas Silloway, who amplified the design of the second State House structure designed by Ammi B. Young. Young’s State House was almost completely destroyed by a fire in 1857, but Silloway managed to salvage Doric portico, as well as portions of the granite walls. The general style of the building is Neoclassical and Greek Revival and is furnished in American Empire, Renaissance Revival, and Rococo Revival styles. Today the Vermont State House is the centerpiece of the Montpelier Historic District.

Some of the marble floors of the Vermont State House contain fossils as the marble, which is from Lake Champlain, used to be part of a reef in a shallow sea 480 million years ago. 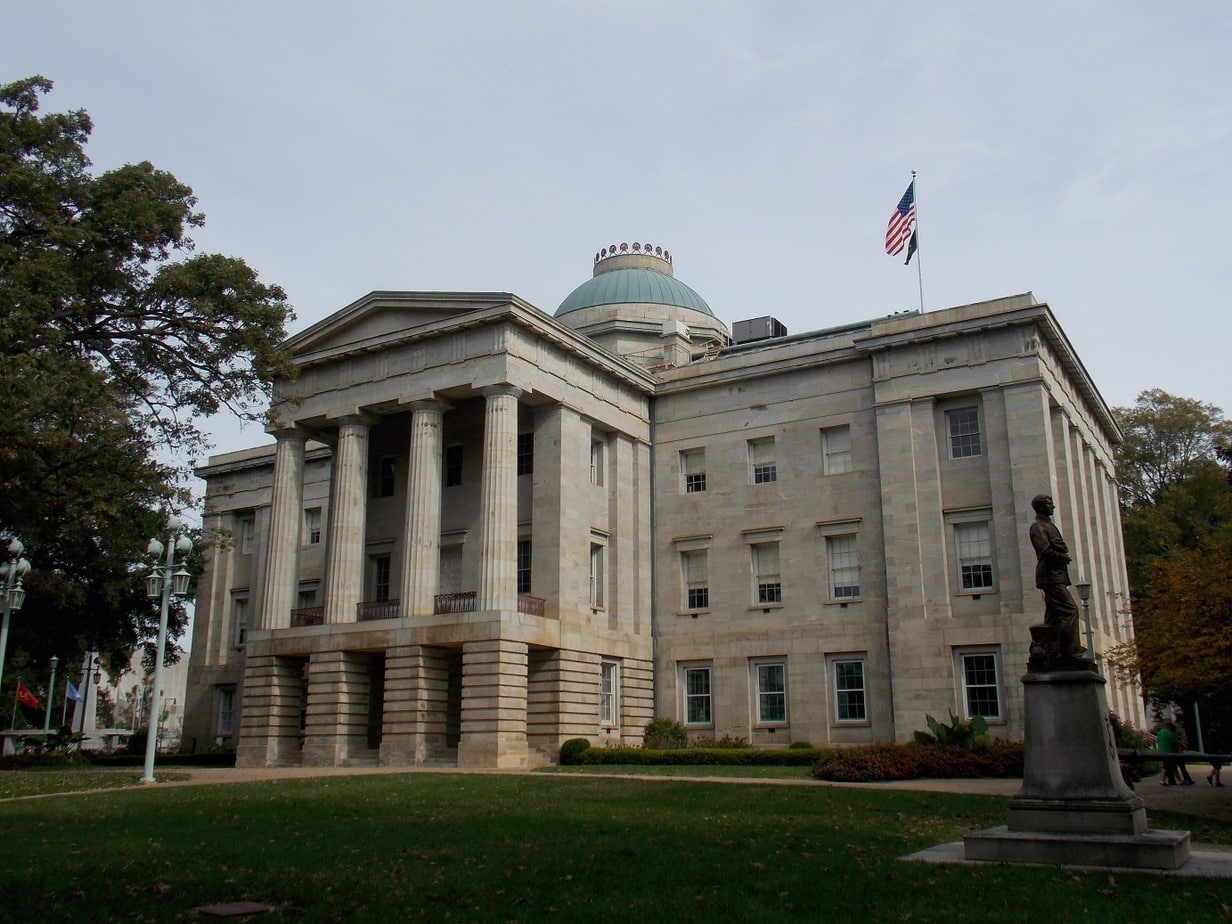 The North Carolina State Capitol has a lot of statues on its grounds, including a replica of the original George Washington statue by Antonio Canova, which was destroyed by the 1831 fire. 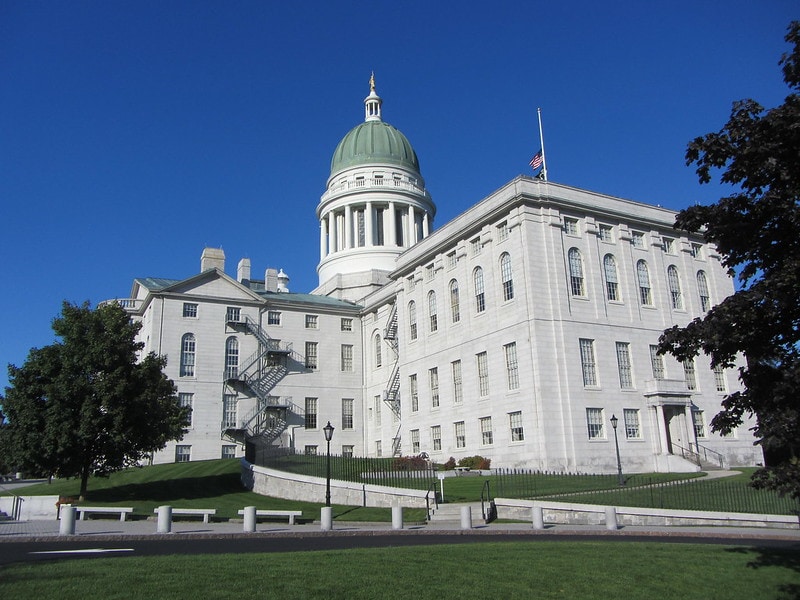 The Maine State House was completed in 1832, just one year after Augusta became the state’s capital. The building was made using Maine granite and is based on the design of the Massachusetts State House to honor the two states’ history – Maine was part of Massachusetts before it gained statehood in 1820. For several decades following the completion of major renovations in 1911, the Maine State House remained mostly untouched, except for minor repairs. The building was finally updated in the late 1990s and the old dome was replaced in 2014.

A gilded statue of Minerva, the Lady of Wisdom, designed by William Clark Noble sits atop the dome of the Maine State House – she was also re-gilded and fixed up during the 2014 dome reconstruction. 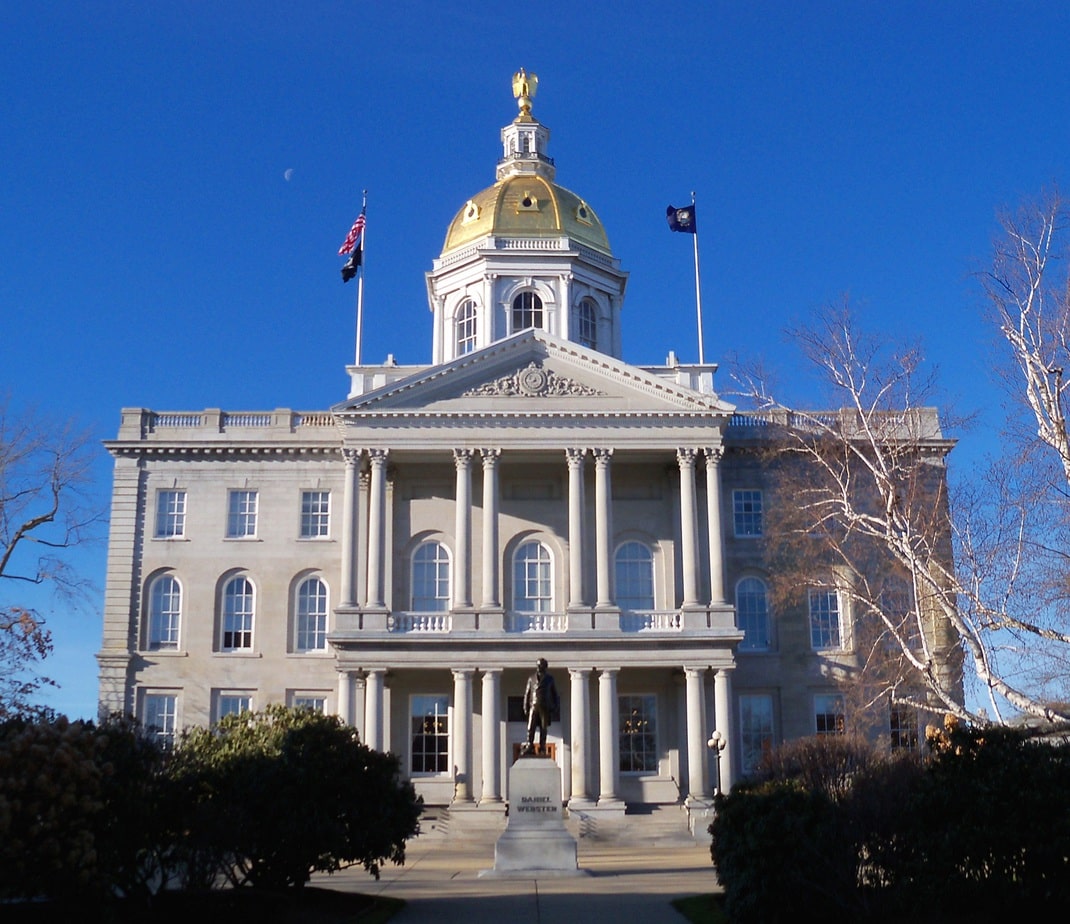 The New Hampshire State House, which rises approximately 150 feet into the air, is still the highest architectural point in the city of Concord. 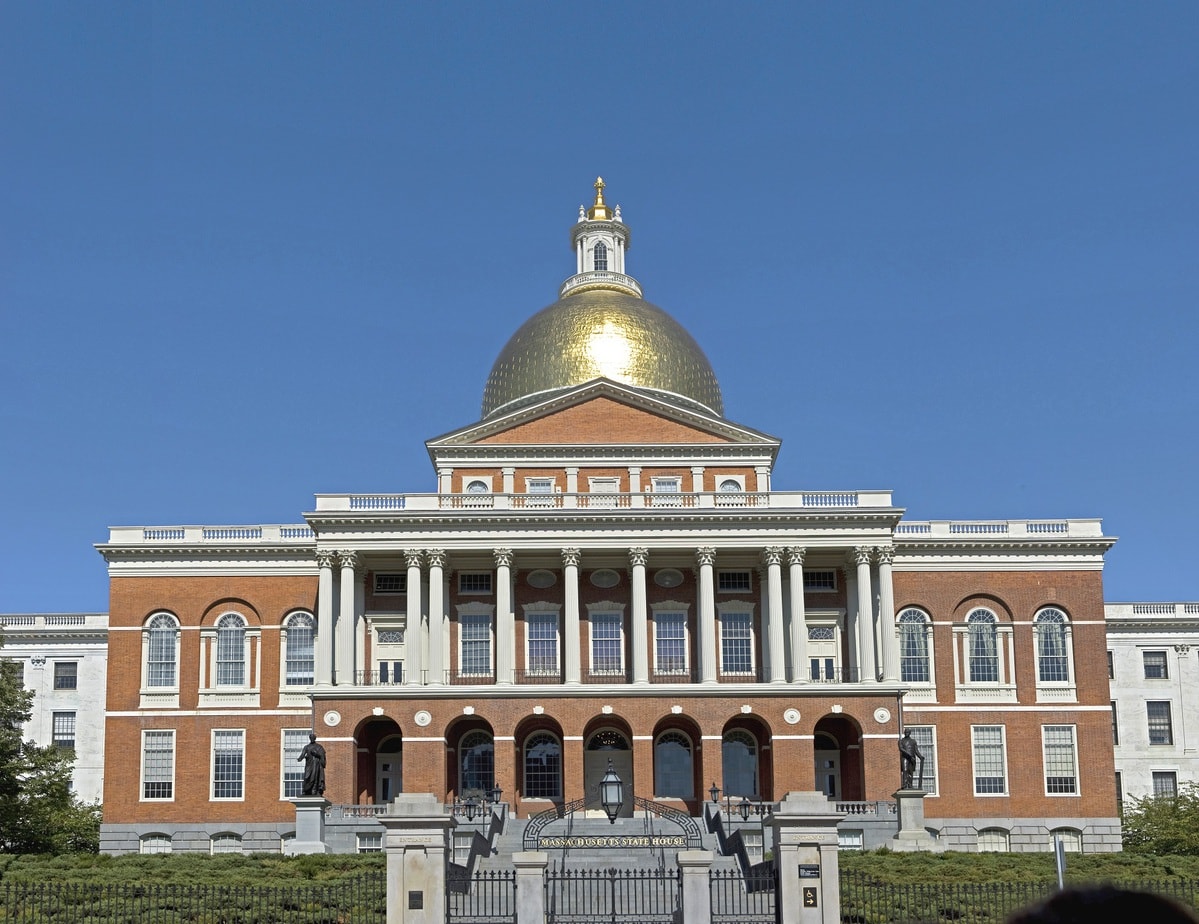 During World War II, the golden dome of the Massachusetts State House was painted gray so it would not attract the attention of possible enemy ships at sea or enemy planes overhead. 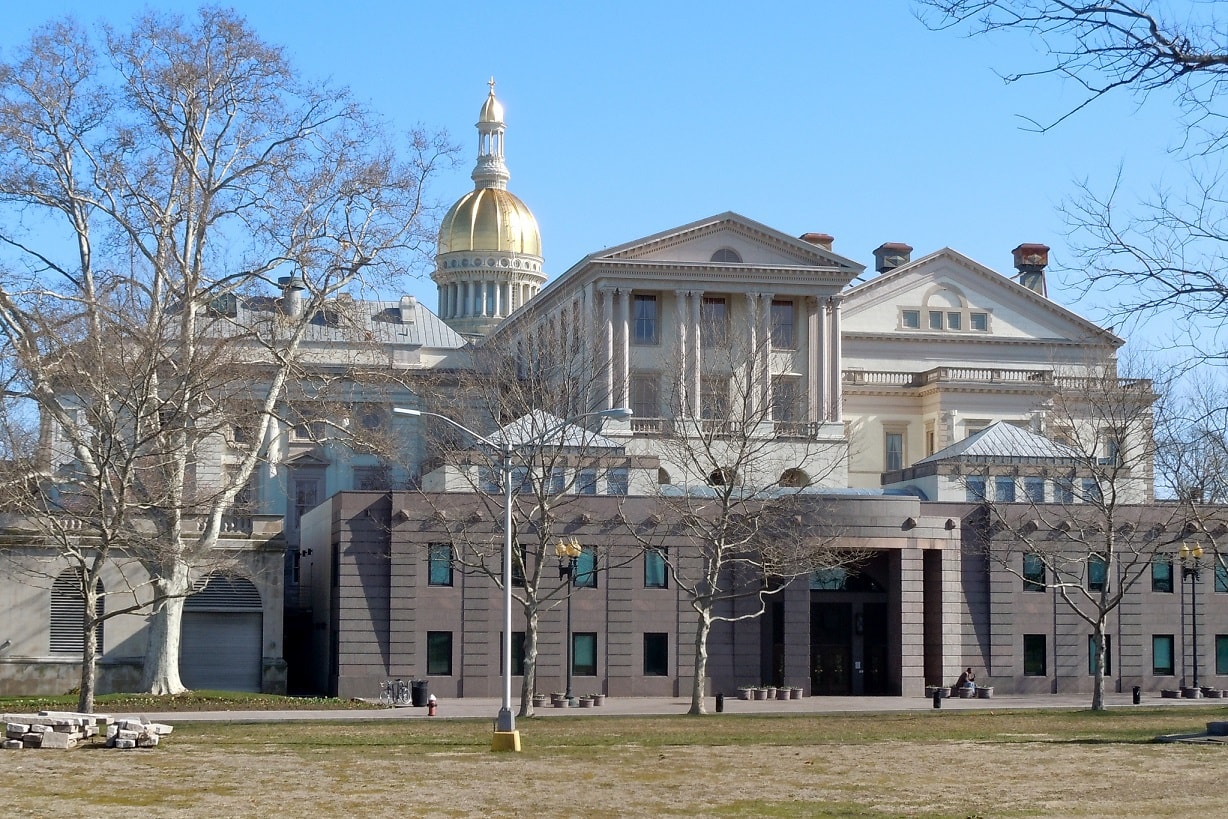 The New Jersey State House is the third oldest state capitol building still in use and dates back to 1792.  The State House was designed by Jonathon Doane on a 3.75 acre-site that cost 250 British pounds, about $400 today. Like all of the oldest state capitol buildings, the New Jersey State House was expanded several times to meet the growing demands of New Jersey and its citizens. The building houses both chambers of the Legislature (the Senate and the General Assembly), as well as offices for the Governor, Lieutenant Governor and several state government departments.

The New Jersey State House is the closest capitol building to a state border of any state capitol, with the bridge to Pennsylvania located only a few blocks away. 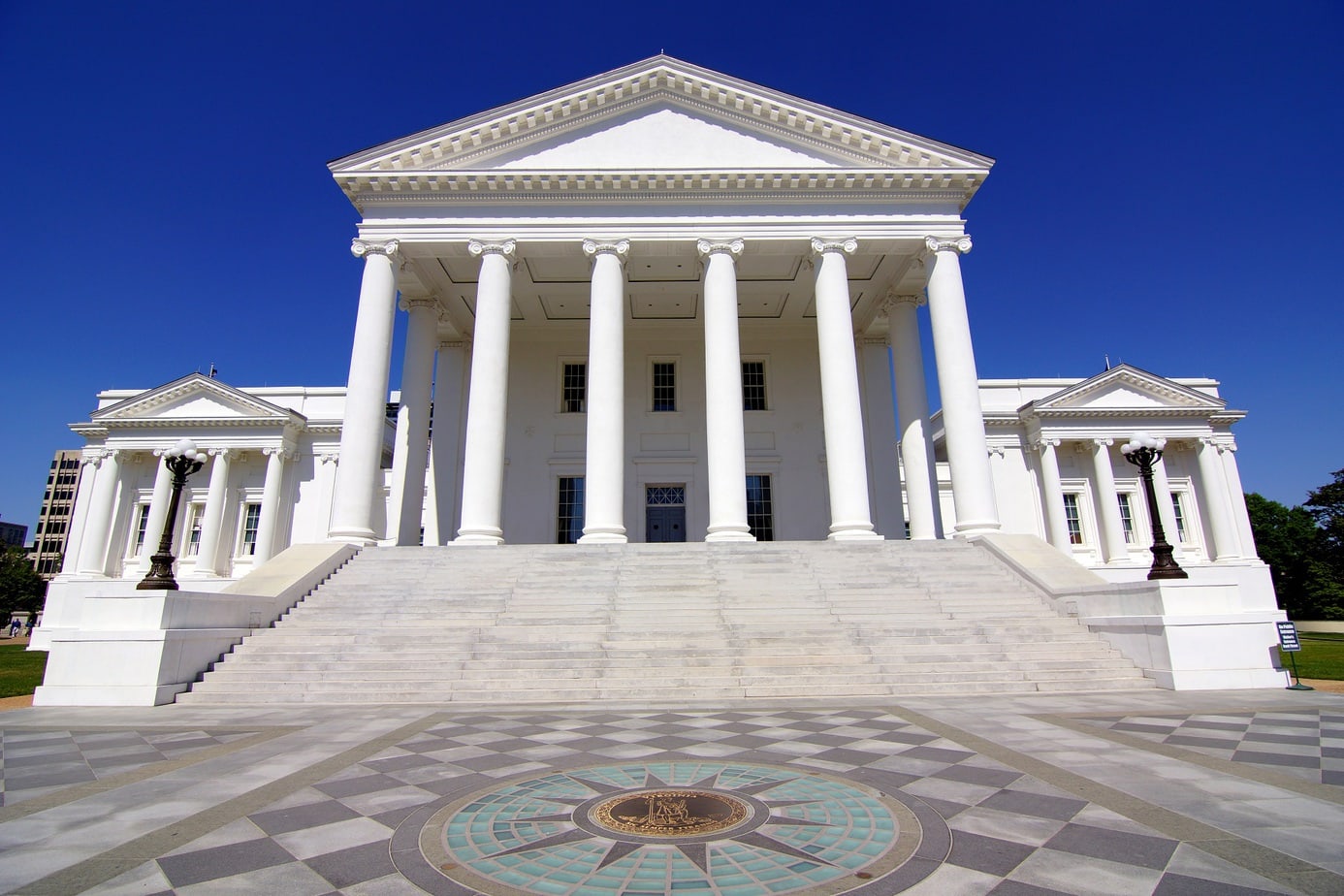 The Virginia State Capitol is one of only eleven Capitols in the United States without an external dome – the others are Capitols of Alaska, Florida, Hawaii, Louisiana, New Mexico, New York, North Dakota, Ohio, Oregon and Tennessee. 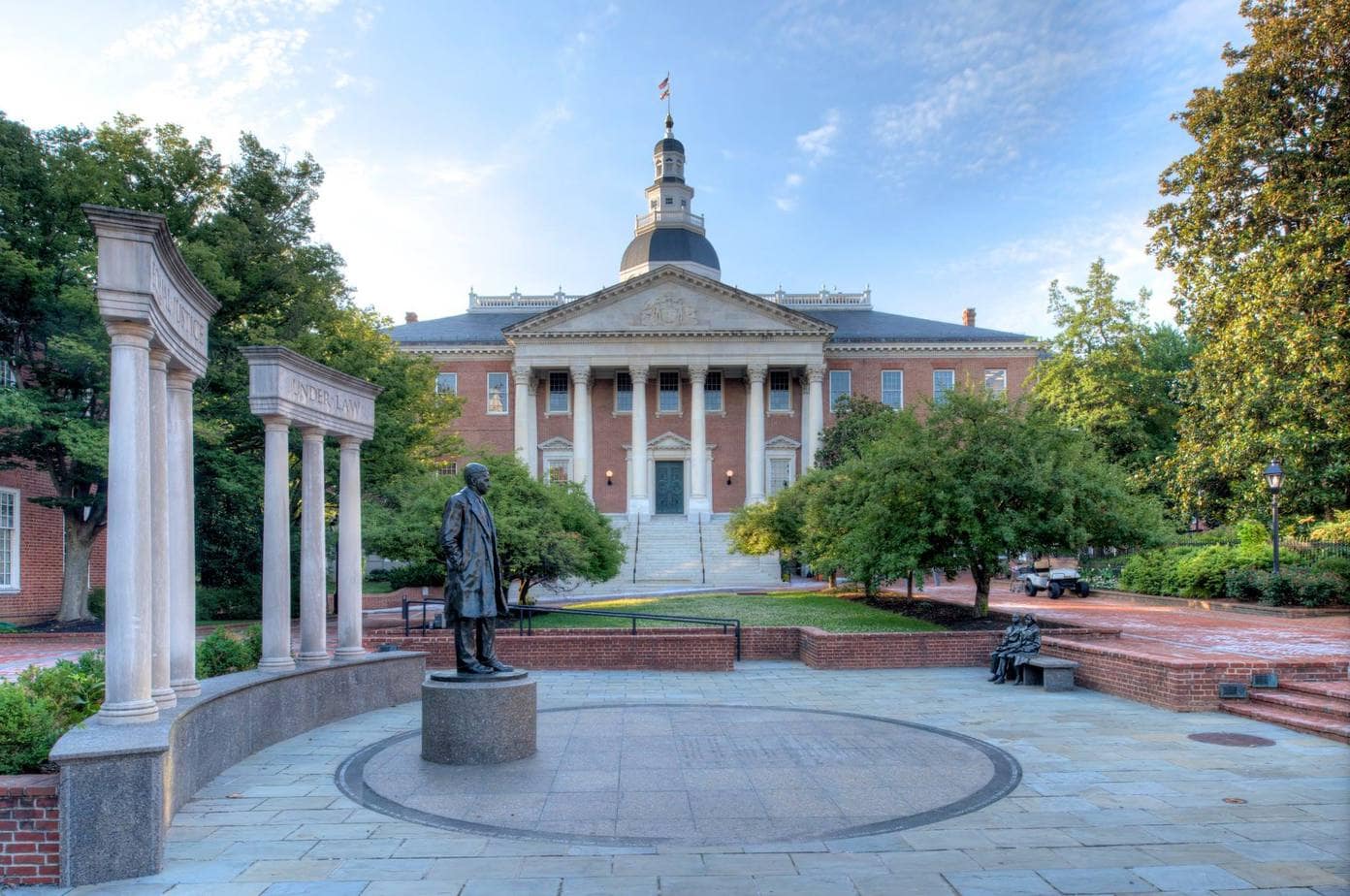 Although the Maryland State House was still under construction when the Continental Congress came to Annapolis in 1783, they used the Old Senate Chamber – one of the only sections completed at the time – to host their meetings. In 1784, the Continental Congress signed the Treaty of Paris – the document that officially ended the Revolutionary War – in the Maryland State House.

The Maryland State House is topped by the largest wooden dome in the United States constructed without nails. 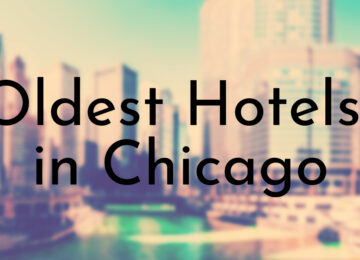 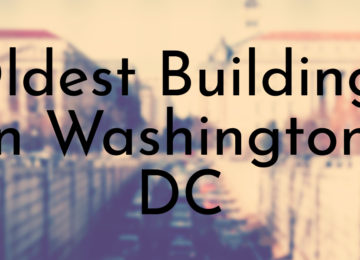 Posted by Shasha Neil 0
Wood is a natural material used since ancient times to construct buildings. It is an excellent material for building structures…