The earliest signs of civilization emerged during the Neolithic Revolution when humans began moving away from hunter-gatherer lifestyle to one of agriculture and settlement. These early civilizations began establishing permanent settlements and while most of these structures have been completely destroyed, several have survived.

Archaeologists have uncovered ruins from around the world, many of them dating back to the Neolithic era.

Some of the ruins on this list even pre-date the earliest official civilizations and provide new insights into how human societies have evolved. 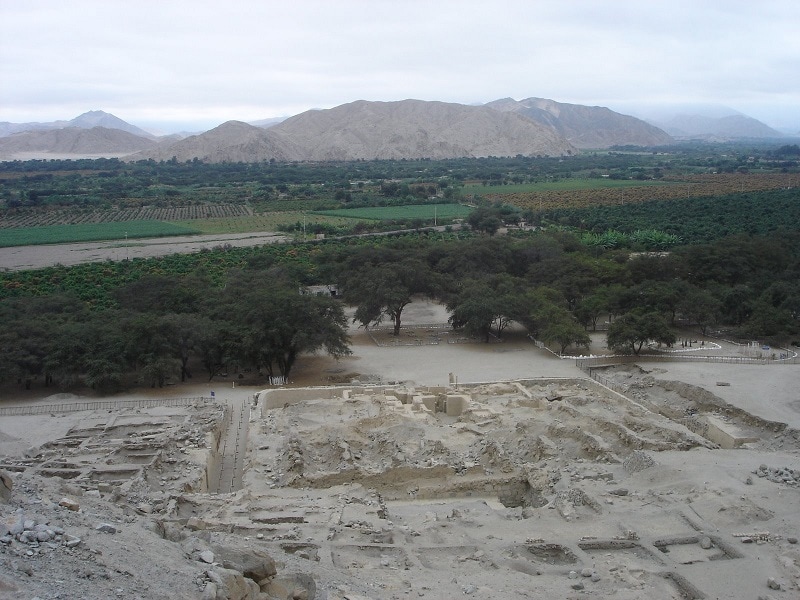 Sechin Bajo is believed to be the oldest man-made structure in the Americas. The oldest parts of the ruins date back to around 3600 BCE and are part of a larger archaeological area known as the Sechin Complex (Sechin Bajo, Sechin Alto, Cerro Sechin, and Taukachi-Konkan).

In 2008, archaeologists unearthed a circular stone plaza dating to 3500 BCE and a nearby frieze dated to 3600 BCE. Both of the finds are the oldest examples of monumental architecture discovered in the Americas so far — they are older than anything found at Norte Chico, which is considered the oldest urban settlement of the Americas. 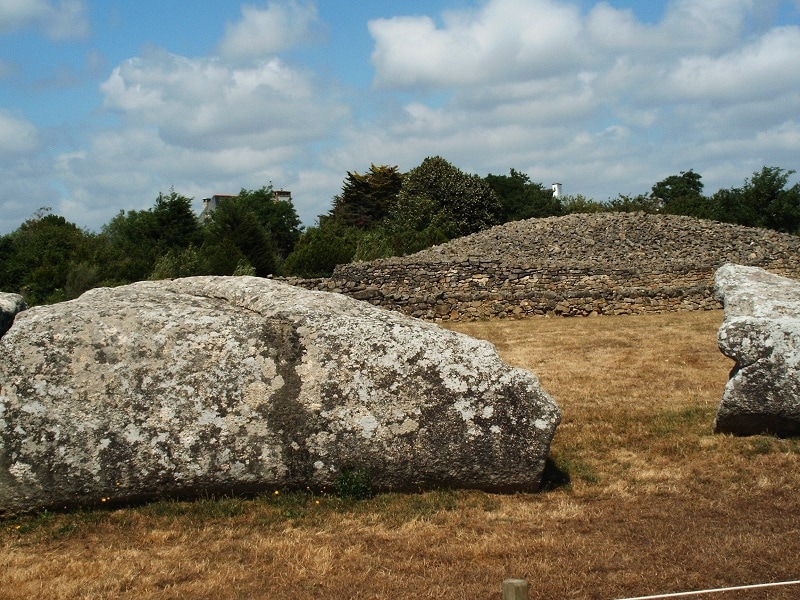 Locmariaquer is a Neolithic archaeological site comprised of two large stone tombs and a menhir (standing stone). All of the structures were built sometime in the 5th millennium BCE, with the Grand-Menhir being built first.

The Er-Grah tumulus is located a few feet away from the Grand-Menhir and dates back to around 4200 BCE. The second tomb, the Table-des-Marchand, was constructed around 4000 BCE and gets its name (“Table of Merchants”) from the massive stone slab over the roof of the interior chamber. 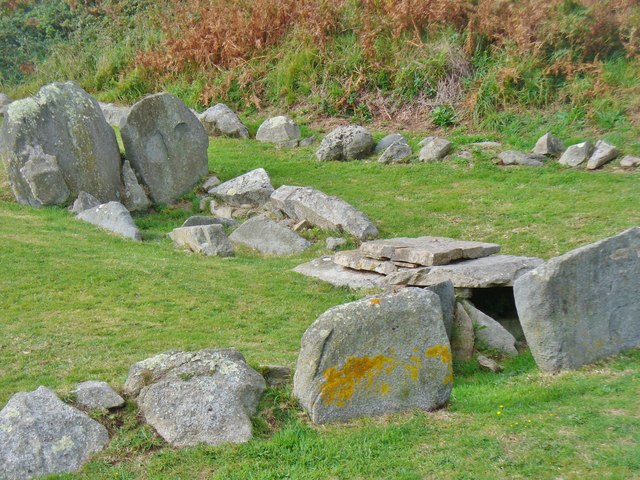 The monument structures found at the ruins of Les Fouaillages in Guernsey date back to around 4500 BCE, making it one of the oldest stone monuments in Europe. There is archaeological evidence (flint tools) that suggests that the site was first used around 6000 BCE by ancient hunters. Eventually, the forest was cleared out and a burial ground was built.

The ruins have been well-preserved and were not discovered until 1976 when the nearby area caught on fire. The fire revealed granite slabs arranged in a particular pattern protruding from a mound.

Since the site was first excavated, over 60,000 finds have been uncovered and some of them are displayed at the Guernsey museum. 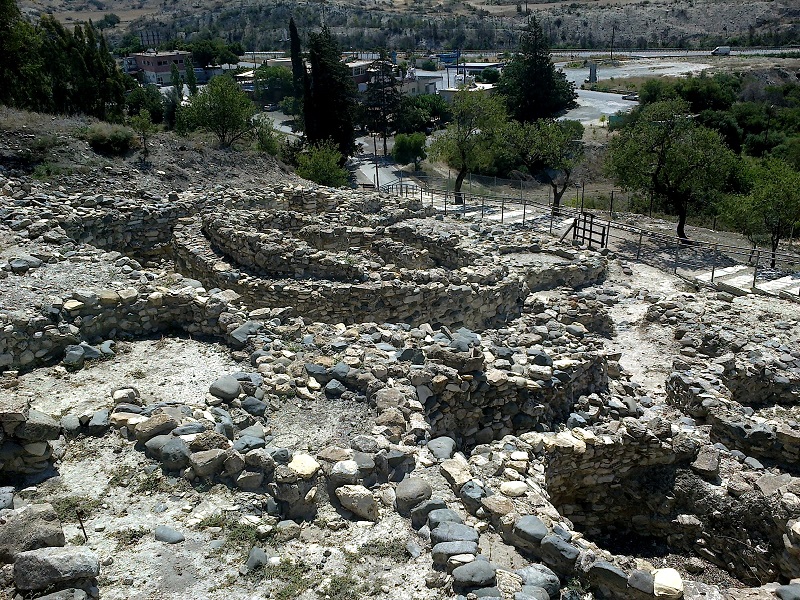 Khirokitia or Choirokoitia is one of the most important Neolithic settlements in the eastern Mediterranean as it provides insight into the evolution of human society in this region. The village was occupied for several millennia starting around 7000 BCE until it was abandoned in 4000 BCE.

There was a brief interruption of settlement in mid-6000 BCE, when other sites in the region were also abruptly abandoned; Khirokitia was resettled about 1,000 years later.

Archaeologists have uncovered evidence of burial customs and figurines that suggest that the people who inhabited the village performed rituals and religious practices. 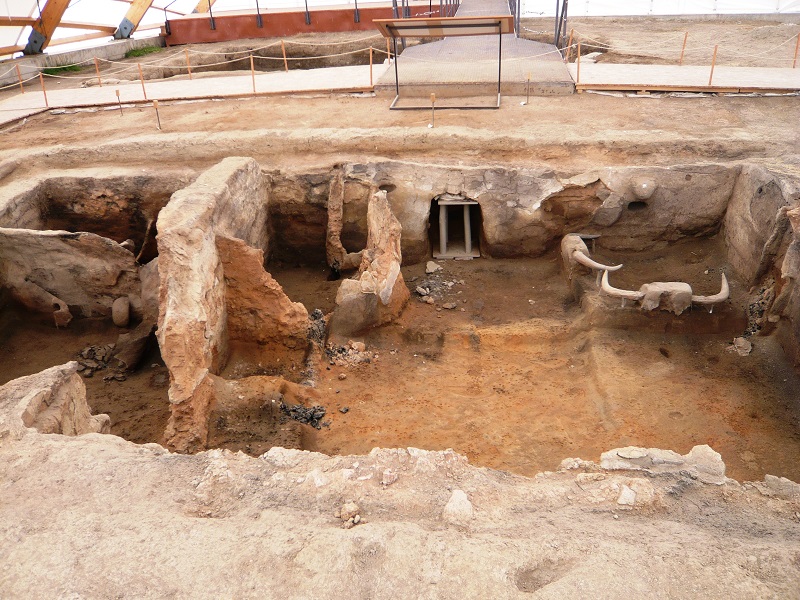 The ancient city of Çatalhöyük in the southern Anatolia region of Turkey was inhabited between 7500 BCE to 5700 BCE. It was a Neolithic settlement made entirely of domestic buildings, with no obvious signs of any public buildings. The ruins have been dubbed the “honeycomb city” because of the maze-like layout of the houses.

Archaeologists have uncovered 18 distinct layers of building with each layer representing a different era in the city’s history. In addition to houses, researchers have found several artifacts including wall murals, reliefs, sculptures, and the heads of animals mounted on walls. In 2012, Çatalhöyük was designated a UNESCO World Heritage Site. 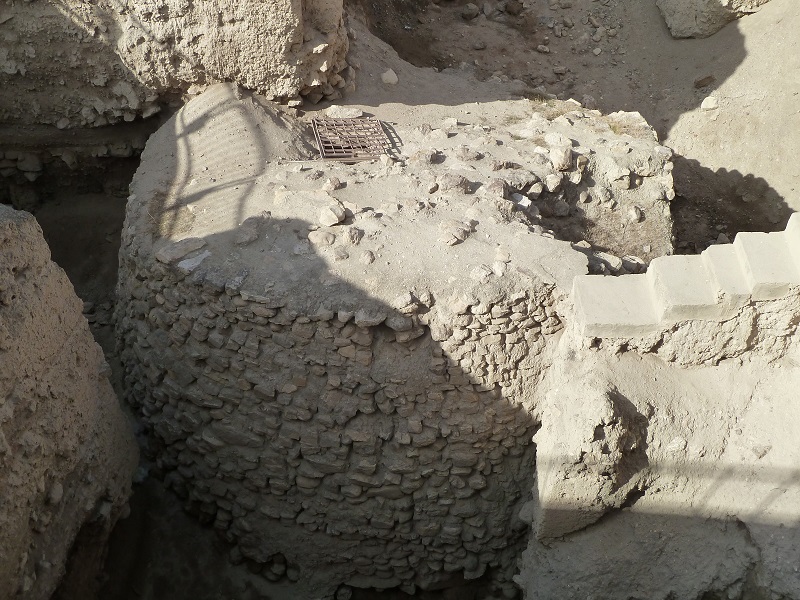 The Tower of Jericho was built around the same time as the Wall of Jericho around 8000 BCE. While the wall was first uncovered in 1907, the tower was not found until 1952 during excavations conducted by Kathleen Kenyon.

Since its discovery, archaeologist have been trying to figure out what the tower might have been used for. Various suggestions include defense in conjunction with the wall, an anti-flooding system, a ritual center, and a political symbol of communal power.

In 2011, two archeaologists from Tel Aviv University concluded that the tower was a symbol of power and might used to ward against the dangers present in the darkness. 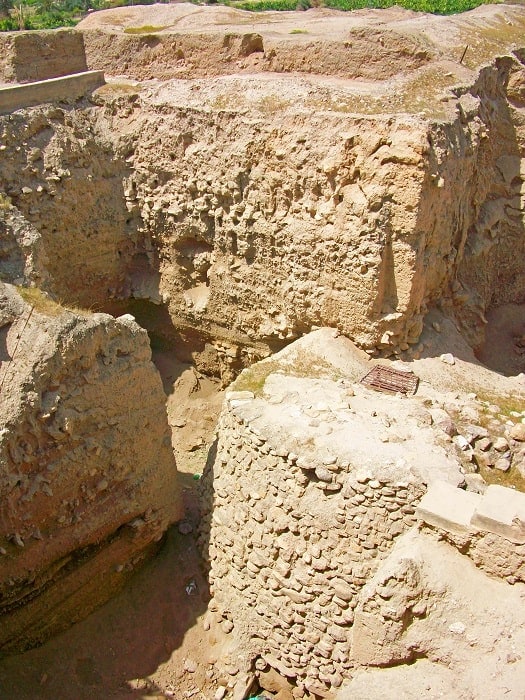 The Wall of Jericho is the oldest city wall uncovered by archaeologists in the world. The wall was built around 8000 BCE either for defense or protection against floods.

The ruins are located at the Tell es-Sultan archaeological mound in the city of Jericho.

It was first excavated by Ernest Sellin and Carl Watzinger between 1907 to 1909, who both suggested the wall was the one described in the Bible during the Battle of Jericho.

Some ceramic remnants and other remains suggest that Jericho was destroyed around 1400 BCE, around the time of the Israelite invasion. However, the exact dates of the remains vary and there is no conclusive evidence that the real Wall of Jericho is also the Biblical one. 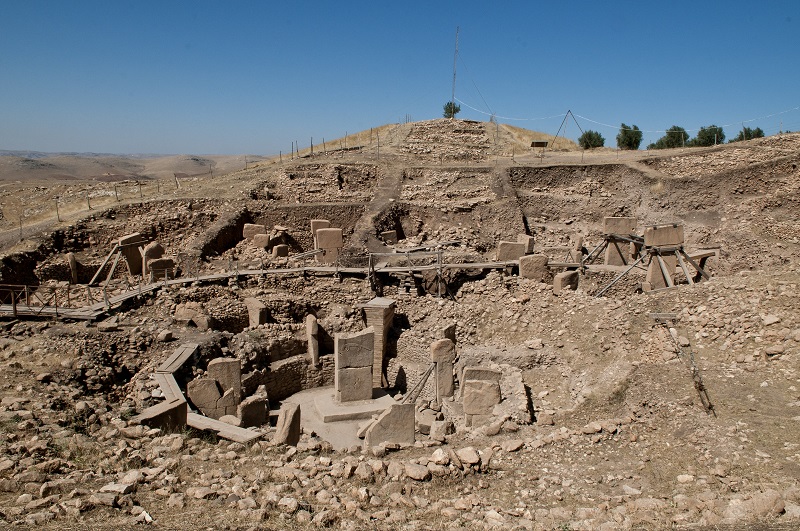 The ruins of Göbekli Tepe are one of the oldest archaeological finds in the world. The structure, which may have been a sanctuary or a temple, is about 10,000 years old. Researchers have uncoverd 43 megaliths so far at the site. Some of these standing stones display artwork depicting foxes, bulls, lions, snakes, spiders, wild boars, and scorpions.

The age of Göbekli Tepe has challenged conventional thinking about the rise of civilization as it predates the beginning of agriculture, pottery, and writing. Until its discovery, scientists did not think that such a complex structure could be built by early hunter-gatherer peoples. 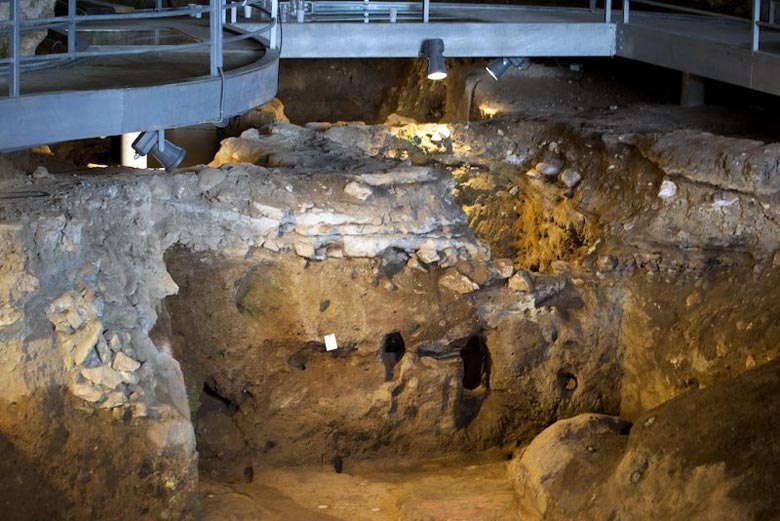 The stone wall at the entrance of Theopetra Cave in Greece is the oldest ruins in the world — it is believed to be the oldest man-made structure ever found. Archaeologists think that the wall may have been built as a barrier to protect the cave’s residents from the cold winds at the height of the last ice age.

Theopetra Cave was first excavated in 1987 and several artifacts have been found at the site such as flint and quartz tools, animal bones, and jewelry from deer teeth.

Additionally, there is radio carbon evidence that people inhabited the cave for nearly 50,000 years, covering the Middle and Upper Paleolithic, the Mesolithic, the Neolithic, the Pleistocene, the Holocene periods and beyond.

10 Oldest Canals in the World

Posted by Victor Eaton 0
People have been building canals since the earliest civilizations were formed in Mesopotamia. These early canals were used for irrigation…