Hospitals in America are a crucial part of the healthcare system. They provide healthcare services for people who do not have the resources or ability to pay for them on their own. Hospitals also provide a wide range of services, including emergency care and medical procedures.

In fact, many of these institutions have been around for centuries and have helped shape the course of U.S. health care. 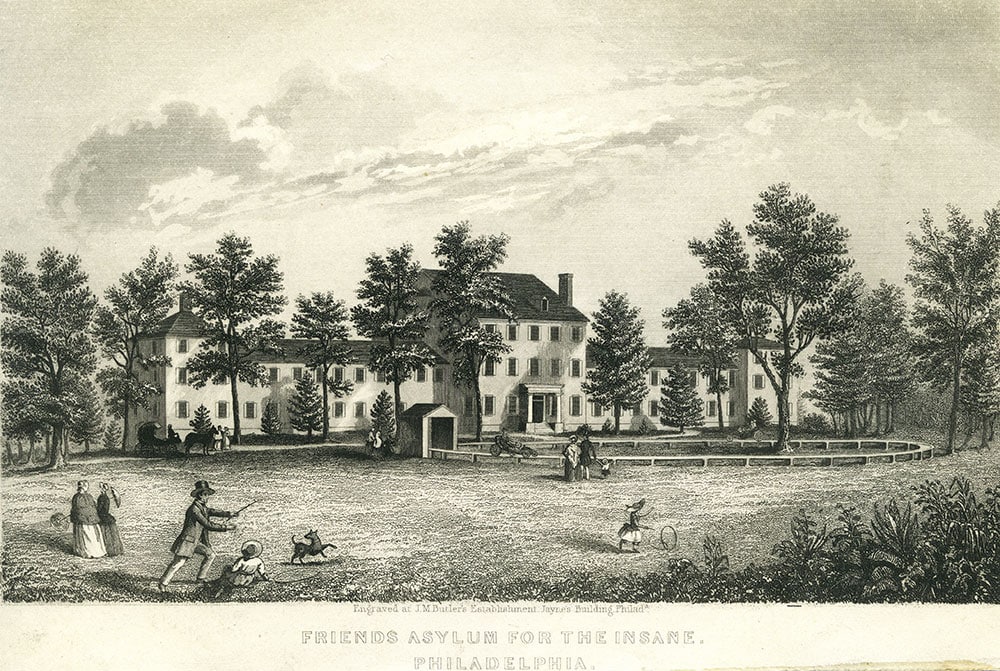 As the oldest continually operating private psychiatric hospital in the US, Friends Hospital was established by Quakers in 1813 as the Friends Asylum for the Relief of Persons Deprived of the Use of Their Reason in Philadelphia, Pennsylvania.

Thomas Scattergood, often known as the Mournful Prophet because of his depression, was the inspiration for the founding of Friends Hospital. As a traveling pastor, he went to York in the UK in 1794 and witnessed firsthand The Retreat’s “moral treatment” of mental patients, which was established by William Tuke in 1796.

Friends Hospital is still operated in line with its original objective. Today’s moral approach to healthcare emphasizes vocational, creative, and horticultural therapy and involves the patient in decisions regarding their own care.

Paying a penny to visit Friends Hospital on a Sunday afternoon to see the insane people chained up in the basement was thought to be great entertainment. 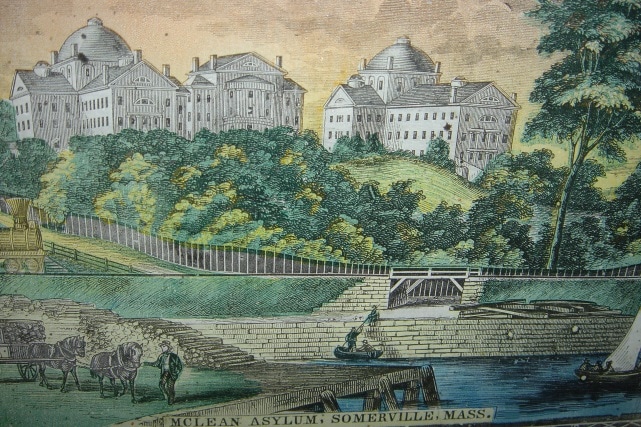 The Massachusetts General Hospital Corporation, which received a charter from the Massachusetts Legislature on February 25, 1811, was the organization that would eventually become McLean Hospital.

From the outset, the corporation sought to treat both physical and mental disorders, with a separate institution for each.

When it was opened, Massachusetts General Hospital’s “Asylum for the Insane” was the name of McLean Hospital. It was the first hospital in New England and only the fourth specialized facility for the care of mentally sick people in all of America.

When it first opened, McLean Hospital was a unit of Massachusetts General Hospital called the “Asylum for the Insane.”

The hospital was founded in 1811 by a group of physicians who wanted to provide care for poor people who couldn’t afford it elsewhere. The leading advocates of this strategy included Drs. James Jackson and John Collins Warren.

Today, Mass General treats patients from all over the world, and through its partnerships with different academic institutions, it is able to improve opportunities for medical education. 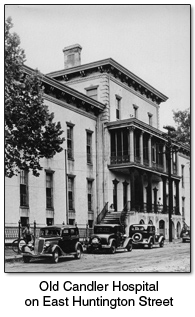 The 384-bed institution is renowned for providing the best oncology services, outpatient surgery, and digestive illnesses. 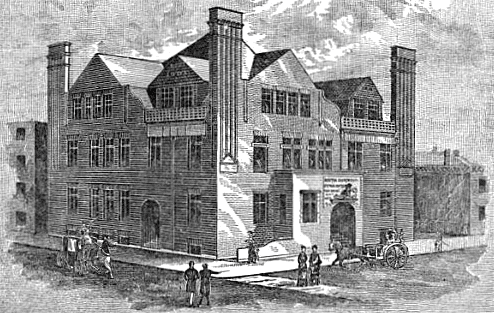 Boston Dispensary Hospital was the first hospital in Boston to offer medical services to patients without regard to race or social class.

The Boston Dispensary, the third such facility in the nation and the first in New England, was established on September 11, 1796, on the basis of three principles: 1) The sick may be attended to and relieved in their homes without suffering separation from their families;

2) The sick can be assisted in this way at a less expense to the public than in any hospital; and 3) Those who have seen better days may be comforted without being humiliated; and all the poor receive the same treatment.

According to its bylaws, each person who paid the treasurer $5 a year should be eligible for the privilege of having two patients under the Dispensary’s care at once. 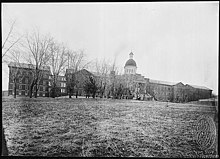 Johns Hopkins Bayview Medical Center has a long and storied history, having been founded in 1773 by a man from grocer to philanthropist, Johns Hopkins.

The hospital is now an internationally renowned institution for medicine, research, and education. It has grown from a single building into one of the largest academic medical centers in the world.

In addition to its reputation as a leader in cardiology, Johns Hopkins Bayview Medical Center also serves as a center for biomedical research. It houses one of the most respected cancer research centers in the world, which includes facilities dedicated to basic science research, translational medicine (the study of how new discoveries are translated into treatments), and clinical trials.

Johns Hopkins Bayview Medical Center started out as an almshouse before changing into an asylum and then a municipal hospital. 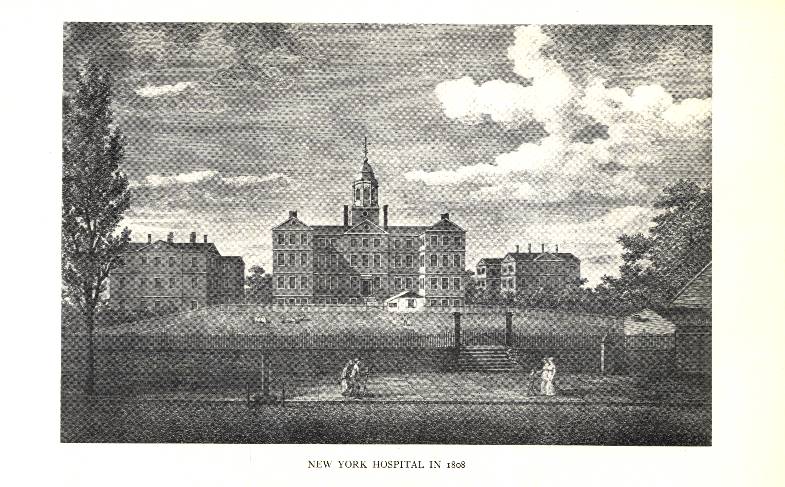 Founded in 1771, New York Hospital has undergone many changes over the years to keep up with modern healthcare needs and concerns, such as building a new emergency department, opening a new cancer center, and becoming a teaching hospital for medical students.

New York Hospital’s history is intertwined with Columbia University’s history due to its close relationship with the university.

New York Hospital’s mission is to provide medical care to those from all backgrounds, regardless of socioeconomic status or ability to pay for their care. This philosophy makes New York Hospital an excellent place for both Columbia University students and patients alike because it allows for an open dialogue about how healthcare should be provided to everyone. 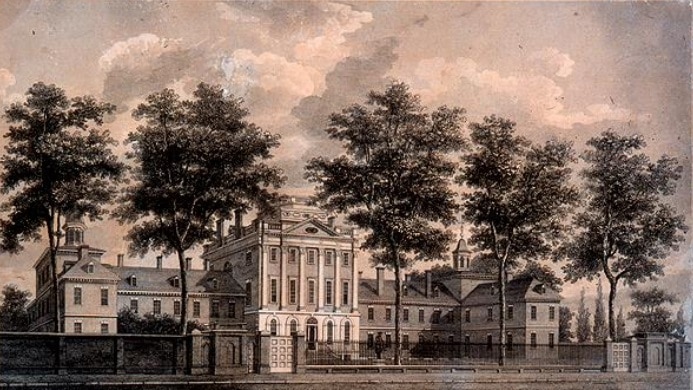 The history of Pennsylvania Hospital is one of innovation and growth. Though it originated as a small, community-based facility, it has since expanded to become one of the largest and most comprehensive hospitals in the world.

It was founded by Dr. Thomas Bond and former US President Benjamin Franklin, who wished for a hospital that would serve the community and provide its residents with quality care.

Franklin then organized petitions and fundraising efforts to support this project, which led to Lieutenant Governor James Hamilton’s approval.

The hospital continues to evolve with time, as it now offers modern facilities and techniques for patient care. It has been a part of the University of Pennsylvania since 1812, when it became a teaching hospital. Today, the hospital is one of the largest in the world, with over 300 beds and 1,900 employees.

The phrase “Take care of him and I will repay thee” was chosen as the hospital’s motto, and the Good Samaritan’s picture was attached to its logo to symbolize the hospital’s mission. 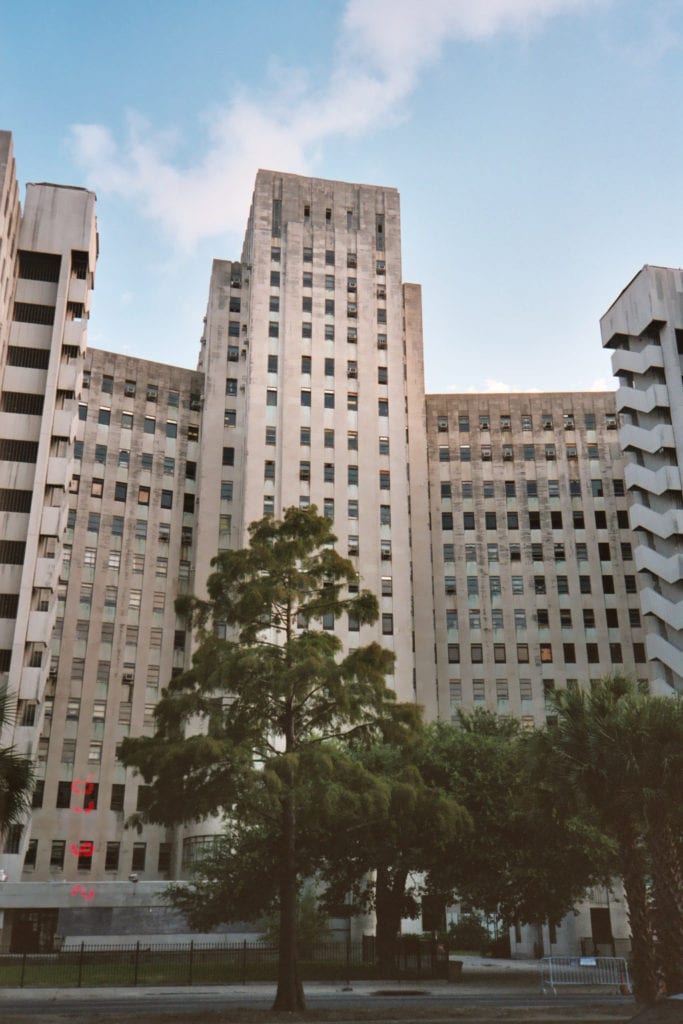 Its foundation was a donation. The donation was given by French shipbuilder and sailor Jean Louis. A year before the hospital’s opening, he passed away in New Orleans. He planned to build a hospital for the city’s poorest residents as his final act before passing away.

The Charity Hospital in New Orleans was a part of a teaching hospital, and he accomplished precisely that with it. After Hurricane Katrina, the hospital would not, however, reopen. The governor declared that the hospital would cease to be operational.

The Charity Hospital has 2,680 beds, making it the second-largest hospital in the country. 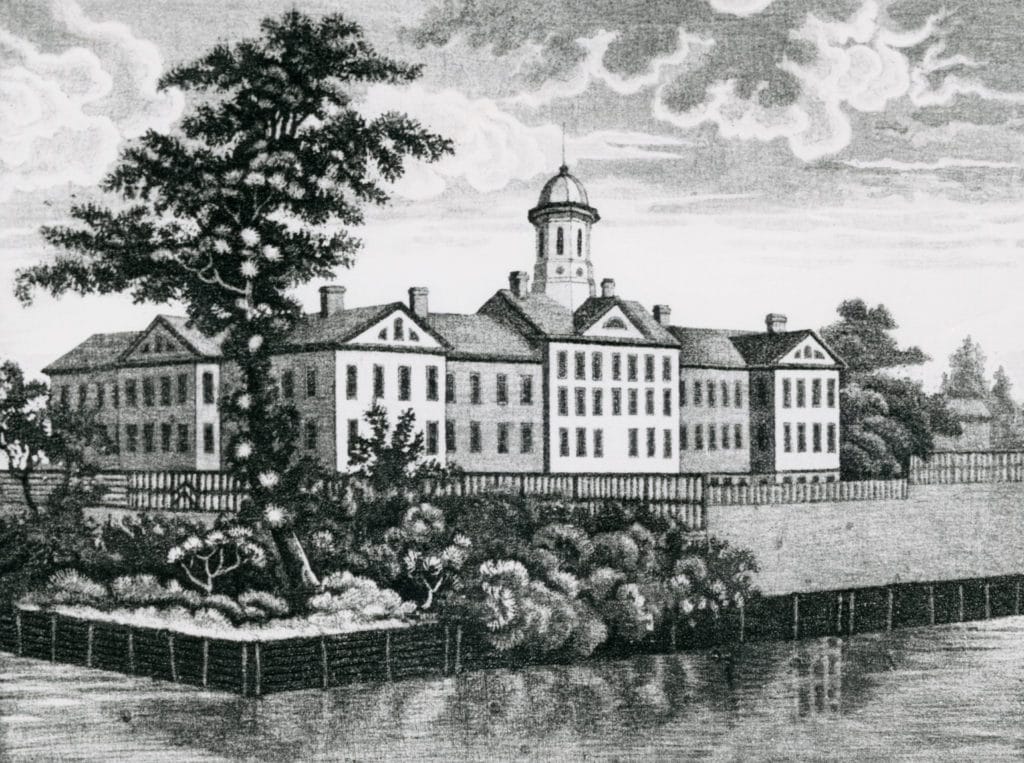 Bellevue is the oldest hospital in America. Its history dates back to 1736, when the New York City Almshouse’s second floor housed a six-bed infirmary. Bellevue’s goal was to create a hospital that could serve the poor and indigent, but it was also intended to be an educational center for medical students.

Bellevue has a reputation for providing the homeless and underprivileged with the best care, as well as dignitaries and US presidents. When it comes to cardiac catheterization, the care of HIV/AIDS and tuberculosis patients, and other medical innovations, the hospital has been at the vanguard of American medicine.

Presidents James Garfield and Grover Cleveland were both treated by Bellevue doctors, but their experiences resulted in quite different outcomes.