Airports are a vital part of the global aviation industry, connecting people and goods worldwide. For centuries, airports have been a key means of transportation, and the oldest airports in the world are still in operation today.

From the first ever commercial flight in 1914 to the first international routes in the 1930s, the airports in this list have seen it all.

From the lush green plains of India to the bustling city of London, these airports have been graced by the wings of thousands of planes over the years. From the history of their development to the stories of their passengers, these airports are the most iconic in aviation history.

Let’s explore the 10 oldest airports and the stories behind them. 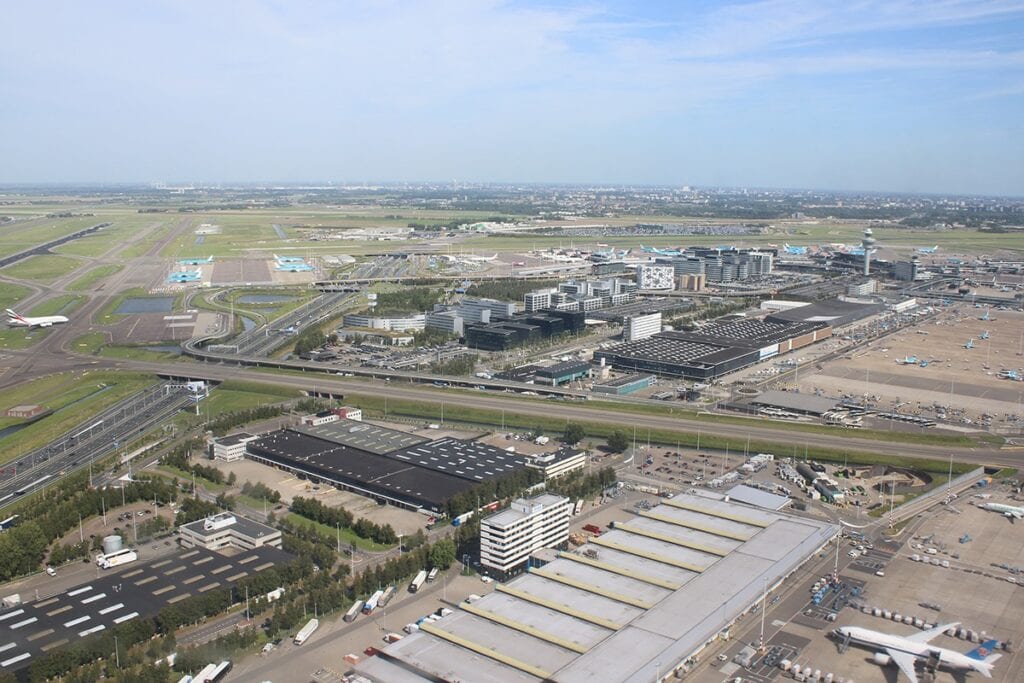 Tens of millions of travelers pass through Schiphol Airport each year, whether changing to another aircraft or being eager to visit Amsterdam’s attractions. Most of those travelers are unaware that they are departing from one of the world’s oldest airports.

The Schiphol Airport in Amsterdam was initially constructed in 1916 as a military airport on some land that had been drained (this would be problematic in the airport’s early years as arriving planes frequently got stuck in the mud).

The Amsterdam airport was in top shape when the Netherlands hosted the Olympic Games in 1928. After being completely destroyed during World War Two, Schiphol was quickly rebuilt to serve as a hub for travelers and a significant tourist attraction.

2016 saw the royal seal bestowed upon Schiphol Group, the airport’s corporate entity. When they reached their 100th anniversary, His Majesty Willem-Alexander awarded it to them. 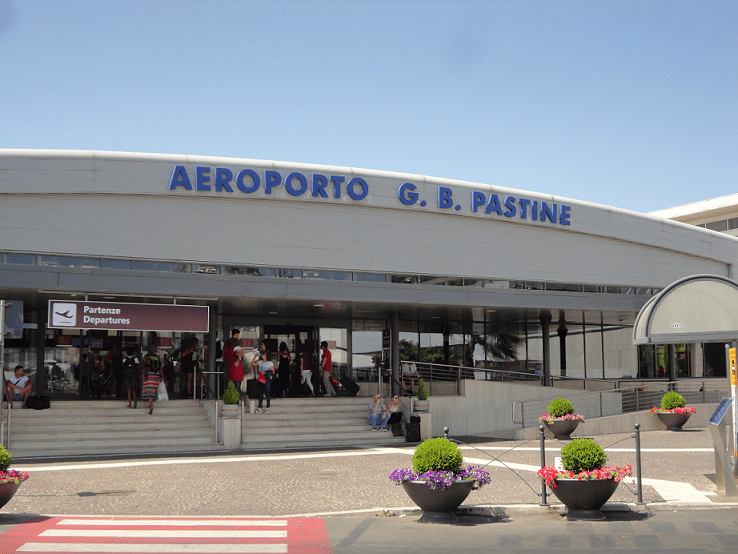 One of the world’s oldest airports is Ciampino in Rome. It was built in 1916 as a military airport and opened to the public in 1947. Until 1961, Ciampino Airport was the sole airport serving the throbbing metropolis of Rome, but the aging runway was not equipped to receive large international planes.

Ciampino Airport was replaced by the far more contemporary Leonardo Da Vinci Airport when it opened. This is unique for historic airports because it just experienced a revival.

This airport has been largely relegated to the past and business travel, but it is now a crucial hub for low-cost airlines flying to Rome. 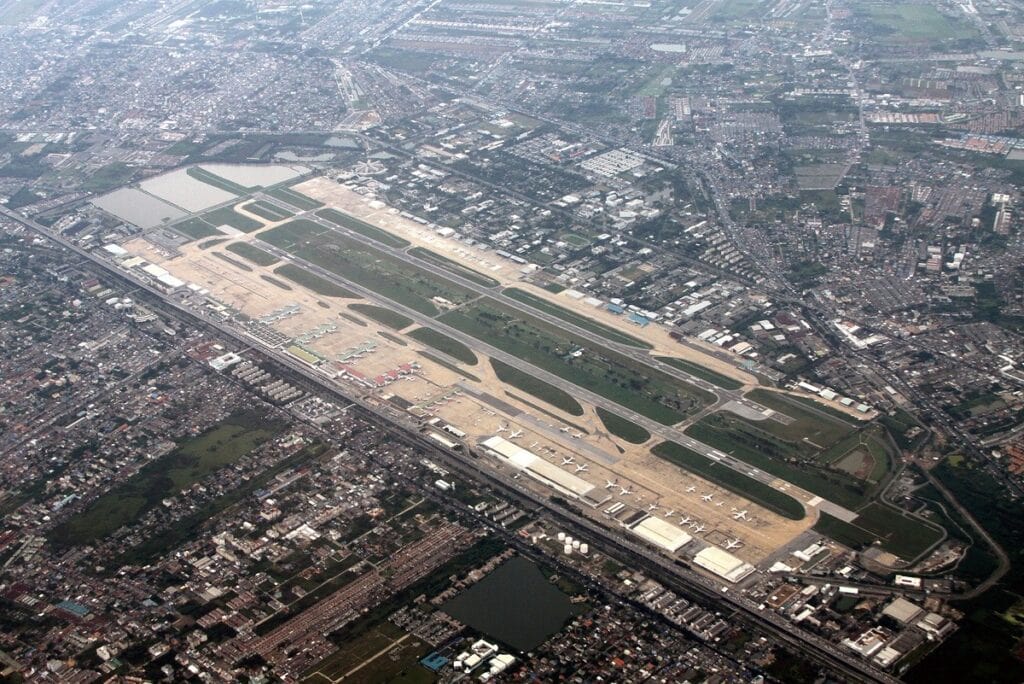 The second airport in Bangkok, Don Mueang International Airport, commonly referred to as Don Muang, has the second-highest passenger volume in Thailand annually. It started working in 1914, and in 1924 it started doing business.

The ancient airport grew throughout the years and was Thailand’s major airport until Bangkok’s Suvarnabhumi Airport opened in 2006.

It continues to be Thailand’s second busiest airport and the hub for low-cost carriers. It mostly does domestic flights. T1 is the international terminal, and T2 is the domestic terminal. 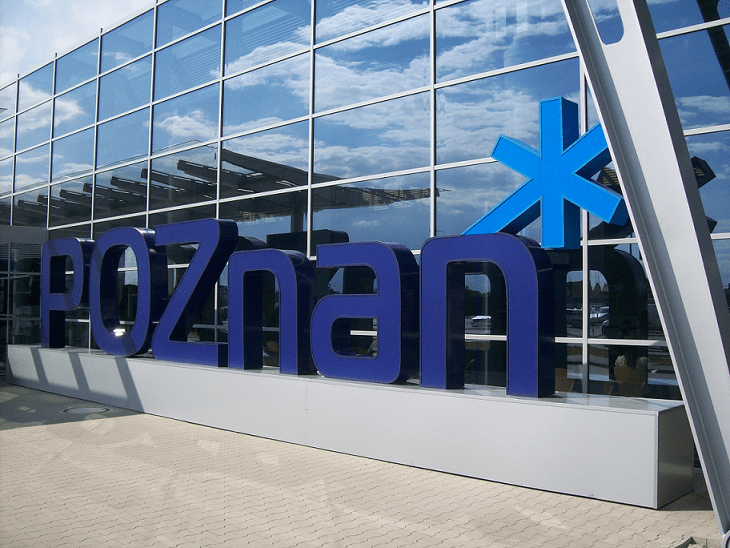 Poznan-Lawica Henryk Wieniawski Airport is among the oldest in the world. The German government opened it in 1913. Because Poznan’s airport was once off-limits to civilian travel, many people are unaware of its existence.

The Germans constructed it on a formerly forested area, which explains why there are no buildings in the vicinity of Poznan-Lawica’s current runways.

From the time of its construction in 1913 until 2009, it was solely used for military missions. Although Poznan-Lawica Airport still reserves a portion of the airfield for the military, it now receives several million passengers yearly from the general public.

The airport was originally built as an airfield for German military aircraft. 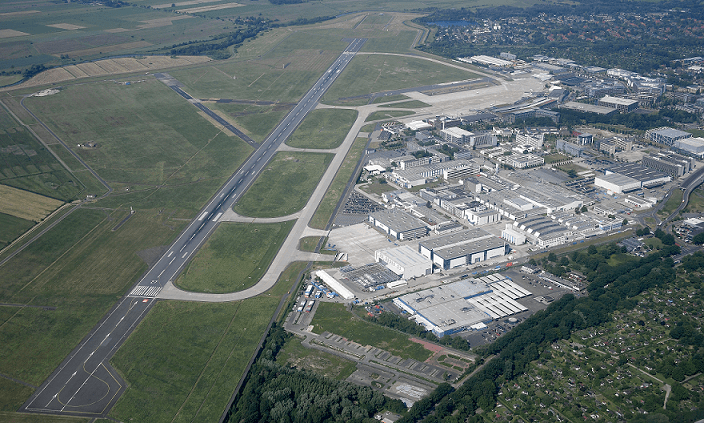 By officially approving the Aviation Association’s use of the location as an aviation station in 1913, the Bremen Senate led to the establishment of the airport. KLM began offering flights from there to Amsterdam as early as 1920.

Later, it began offering flights to cities like Brazil and New York, and in 1989 it passed the one million passenger mark. A tiny aviation and space exploration museum is also located inside the airport and features the German capital’s Spacelab space laboratory’s initial module and the Junkers W33 Bremen aircraft.

Presently, it transports over 2.4 million people who leave the German metropolis for various locations. 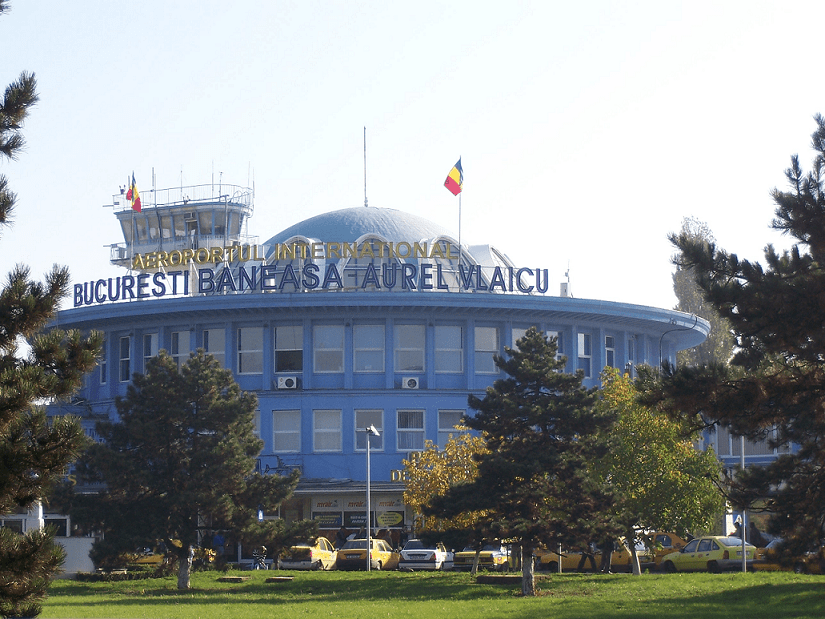 It is situated in the Băneasa neighborhood of the Romanian capital and was established in 1912. Until 1968, when the Otopeni Airport (now Henri International Airport Coandă) was completed, it served as Bucharest’s sole airport.

The Băneasa airport’s close proximity to the city center and the resulting rise in pollution and noise prompted the decision to construct a new airport.

This airport bears the name Aurel Vlaicu in honor of the Romanian engineer, inventor, pilot, and aircraft constructor who is regarded as one of the forefathers of modern aviation. Up until 1968, Romania’s primary international airport was Aurel Vlaicu.

Because Aurel Vlaicu is too tiny to handle international planes, commercial traffic moves to the newer Henri Coanda International Airport, which is still used for business travel.

Aurel Vlaicu International was Romania’s second busiest airport until March 2012, when it became a business airport. 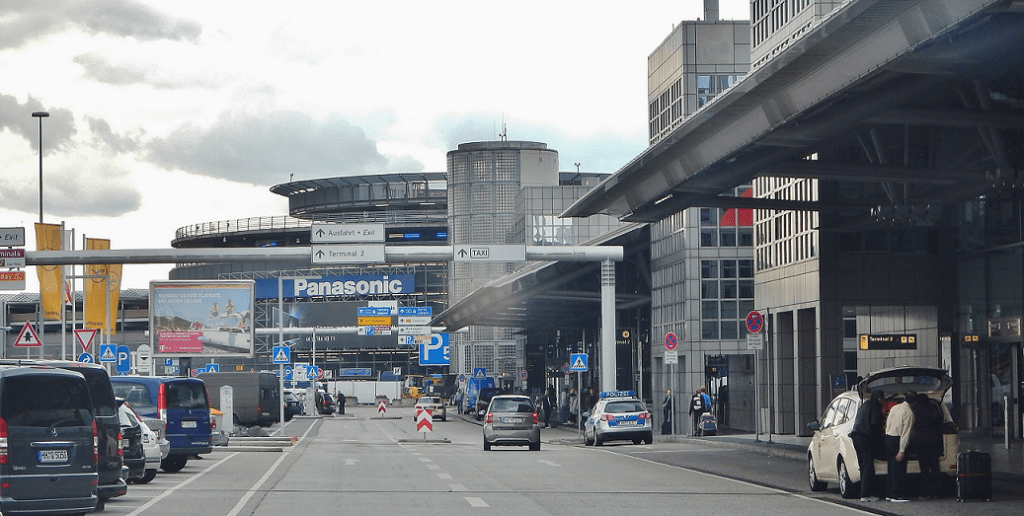 Hamburg Airport is the oldest airport in Germany and the oldest in all of continental Europe. It was inaugurated in 1911. Zeppelins were first used at Hamburg Airport before it expanded to accommodate more contemporary aircraft.

Until 1945, it served as a military airfield before being taken over by the British army. The airport quickly developed in the 1950s and 1960s to handle the increase in passenger and freight traffic. Hamburg Airport is one of Germany’s most advanced airports despite its age.

The airport currently boasts sleek, contemporary terminals and a consistent rail connection to the city thanks to a huge reconstruction project that refurbished it between 2001 and 2009.

Since 1962, Hamburg Airport has been the busiest airport in Germany. 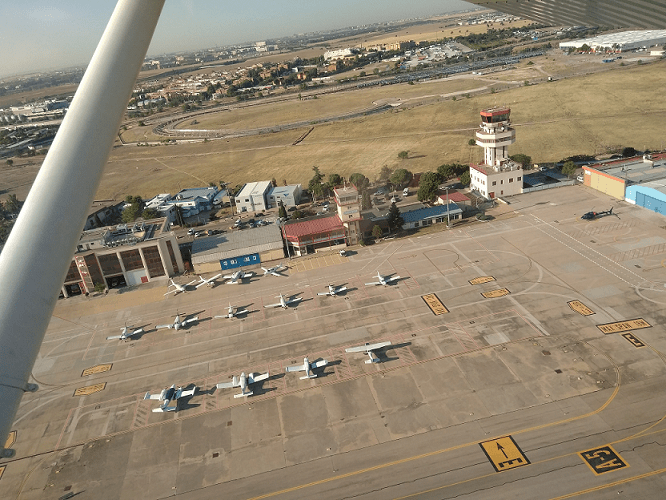 Madrid Cuatro Vientos, the third-oldest airport in the world and one of three civil airports serving Madrid, is also the oldest airport in Spain. It is 8 km southwest of the city center and mostly serves general aviation, with around 35,000 movements annually.

Before beginning to be utilized as a civil airport, the airport was first built as a military aviation base. The airport is mostly utilized by helicopters, piston aircraft, medium turboprops, and private jets due to its short runway, which makes it unsuitable for major airliners.

In addition to serving as the home base for helicopters used to monitor traffic, the airport still has a portion reserved for the military. 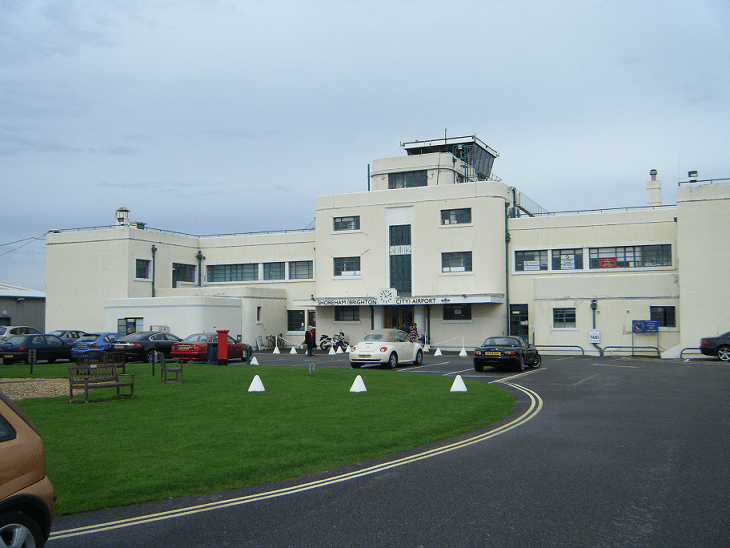 In West Sussex, England, there is Brighton City Airport, sometimes called Shoreham Airport. It was established in 1910, making it one of the first commercial airports in the world and the second-oldest airport in the United Kingdom.

At this airport, you can take a flight in one of the two Harvard T-6 training planes from World War II. A true gem from the past.

The airport, which was then known as Shoreham Airport, was acquired by Brighton City Airport Ltd (BCAL) in May 2014, taking over from Albemarle. Upon its acquisition, the airport was given the name City of Brighton (Shoreham) Airport. 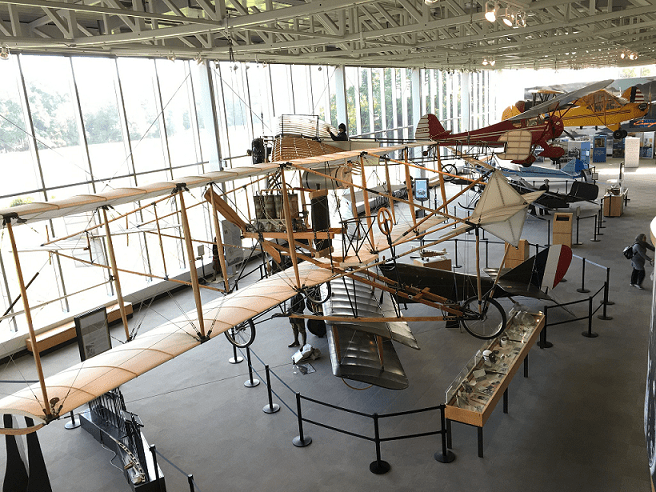 College Park Airport is a small airport located in College Park, Maryland, and is considered the oldest airport in the world. It has two runways and is home to the Maryland Air National Guard, which owns the airfield.

The United States Army Air Forces used the facility as an advanced flying school from 1942 until 1947 (when it became known as the University of Maryland School of Aeronautics). After World War II ended in 1945, the school continued to train pilots until 1951, when it was closed due to budget cuts.

The facility was then used by private aircraft companies, which used it as a maintenance base for their aircraft.

Tailwind Air had plans to start a regular flight service in 2022 aboard a Cessna Grand Caravan from College Park to Manhattan Skyport Marina on Manhattan’s East Side. Due to security worries raised by the Federal Aviation Administration and Transportation Security Administration, the service was delayed.