Today, lighthouses in the U.S. are maintained by the Coast Guard. 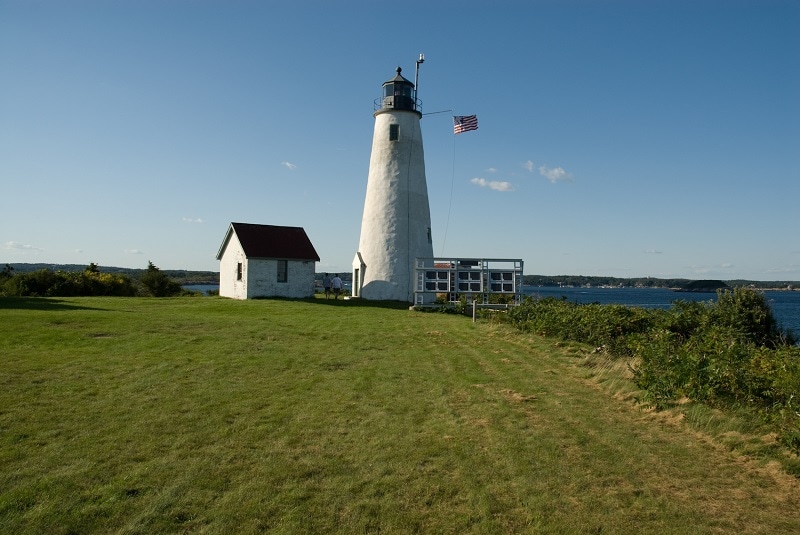 The Bakers Island Light station was originally established in 1791, but only daytime navigational aids were initially placed at the station. Since these guides could not be seen at night, a large number of shipwrecks continued to occur until the Salem Mariners Society petitioned local lighthouse superintendent General Benjamin Lincoln and the U.S. Congress for a proper lighthouse on the island.

In 1796, President George Washington approved the funds for a set of twin lights on Bakers Island. The two lighthouse towers were finally built in 1798. Eventually the original two towers were replaced in 1820 by two newer towers. One of the lighthouses was taller than the other and they were nicknamed “Mr. and Mrs.” or “Ma and Pa.” Both towers were used until the smaller one was deactivated and demolished in 1926. 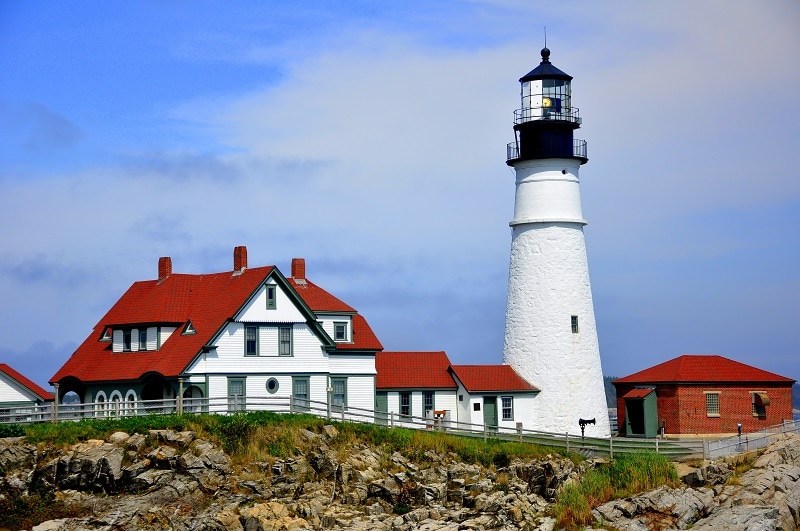 The country’s First Congress passed the Lighthouses Act in 1789, placing all lighthouses in the country under the jurisdiction of the federal government. President George Washington was personally involved with the planning of the lighthouse and asked that the tower be built with local rubblestone to save money. Since the Portland Head Light was first lit in 1791, the lighthouse has been well-kept and updated as needed. Today, the Portland Head Light even has a live webcam stream. 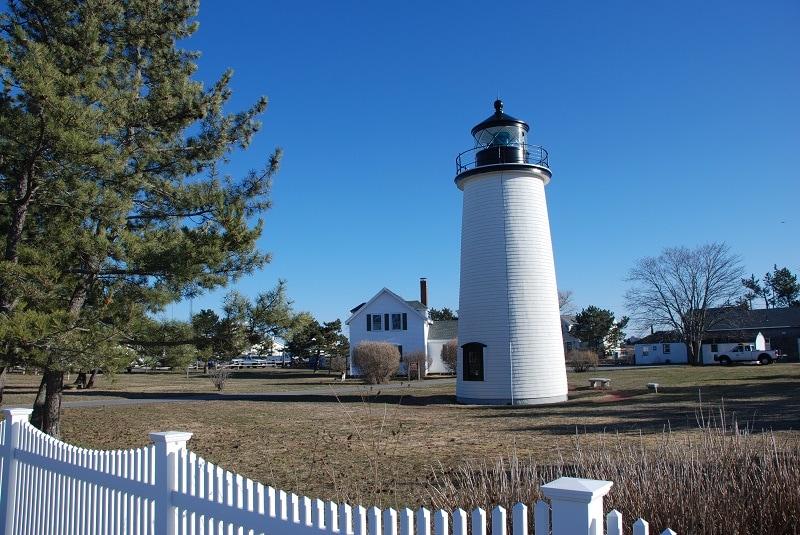 Newburyport Harbor Light, commonly called the Plum Island Lighthouse, was the 13th lighthouse ever built in America. The first lighthouse was lit in 1788 with a lantern burning whale oil. At the time, Newburyport Harbor was one an important port for whaling, fishing, shipbuilding, and trade. 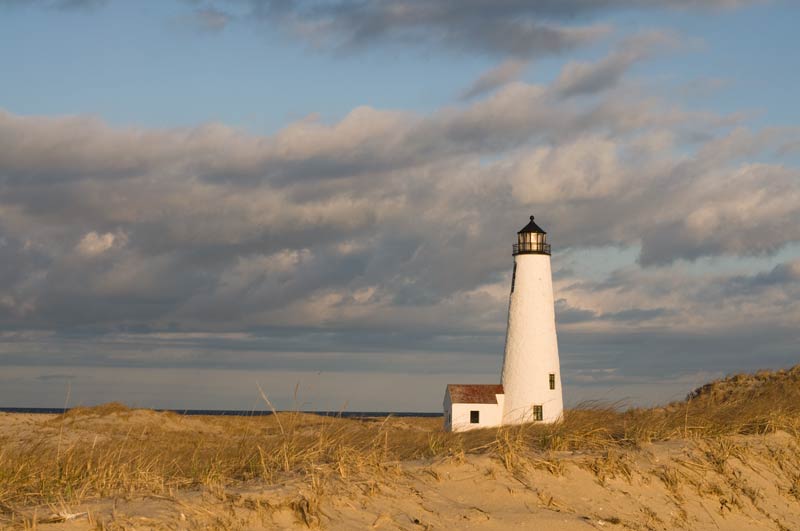 Great Point Lighthouse, also known as Nantucket Lighthouse, is located on the northern tip (Great Point) of Nantucket Island and overlooks one of the busiest passages during the late 1700s. The residents of Nantucket first wanted to put up a lighthouse at Great Point in 1770, but did not get permission from the General Court of the Commonwealth of Massachusetts until 1784. A wooden lighthouse was built a year later. 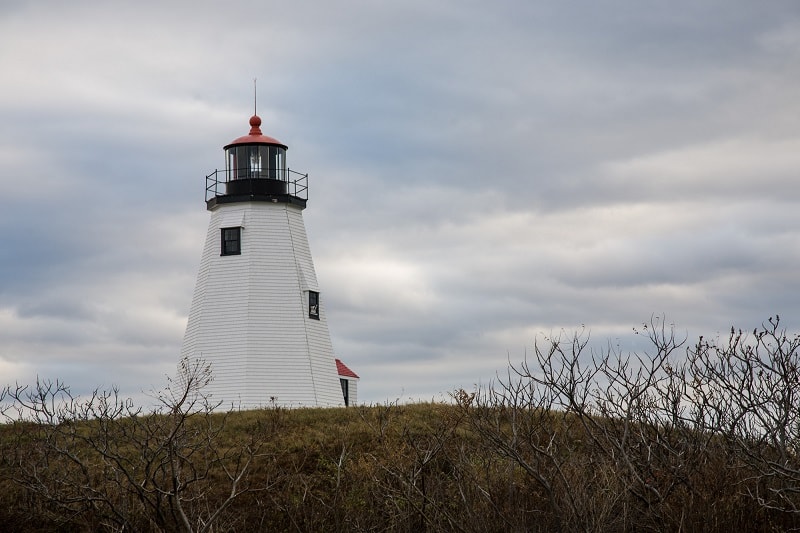 Plymouth Light or Gurnet Light was built in 1768 and is home to the oldest freestanding wooden lighthouse in the United States. The first Plymouth Lighthouse was a wooden house, which also served as a home for the keeper, that had a lantern put up at each end of the house. This makes Plymouth Light  America’s first set of twin lights. After the original lighthouse station was destroyed a pair of wooden towers was constructed in 1803.

During the American Revolution, Hannah Thomas, who owned the land (along with her husband John) that Plymouth Light was built on, took over as keeper – she was the first female lighthouse keeper in the country. By the 1840s, the first set of wooden towers were falling apart and new pair was built in 1843. Eventually, the northeast tower was deactivated and demolished, which ended 156 years of twin lights on the site. Today, only one of the 1843 towers is still in operation. 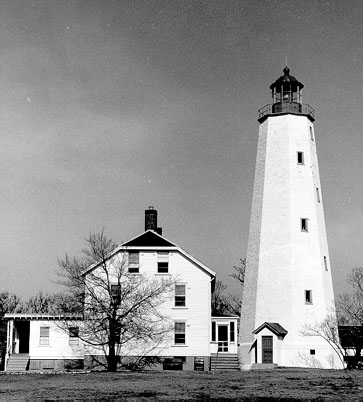 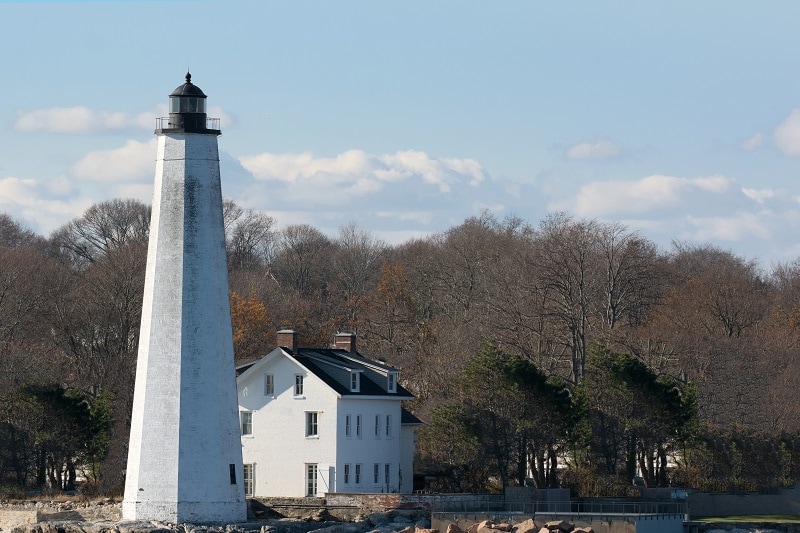 Unlike a lot of early lighthouses in New England, New London Harbor Light survived the American Revolution. The original lighthouse did end up developing a 10 foot long crack and was replaced by the current lighthouse in 1801. 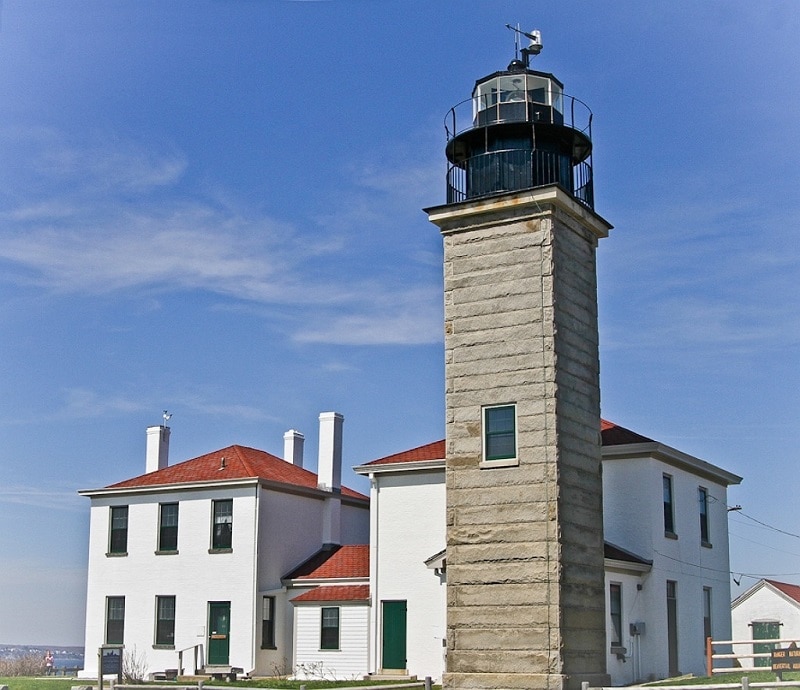 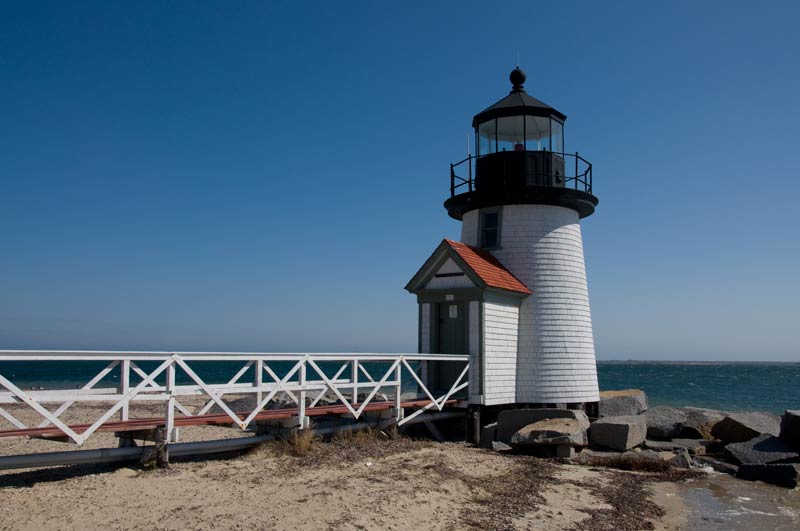 A brick tower was built at Brant Point in 1856 and is still standing, but was deactivated in 1900. The 1856 lighthouse is still used as the Nantucket Coast Guard station. In 1975, Brant Point Light was added to the National Register of Historic Places. 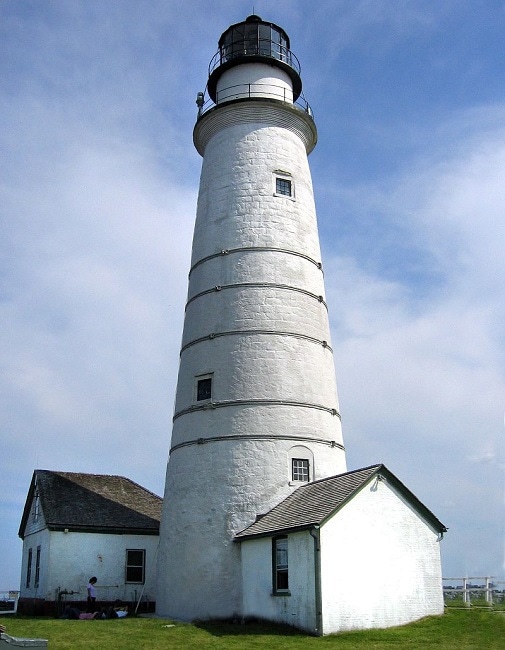 At over 300 years old, Boston Light is the oldest lighthouse in the United States. A lighthouse was first built on the site in 1716, along with a keeper’s house, barn, and wharf. The original lighthouse was damaged by fires several times and was always rebuilt. However, during the Revolutionary War, Boston Light was blown up by British troops as they were leaving Boston

A new lighthouse was not built until 1783. That lighthouse is the one that is currently still standing and it is the second oldest lighthouse structure in the country. Boston Light became a National Historic Landmark in 1964 and was added to the U.S. National Register of Historic Places in 1989. 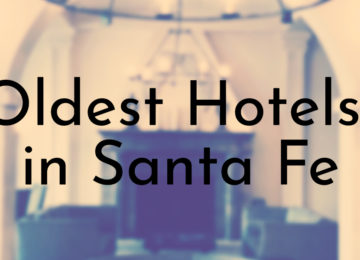