Some of the greatest professional basketball players of all time, like Kobe Bryant and Tracy McGrady, began their NBA careers as teenagers. Every year, there are players drafted straight out of high school or their first semester of college. This list contains the current youngest NBA players, who are all 18 or 19 years old. Some of them have had explosive starts and may go on to become NBA legends. 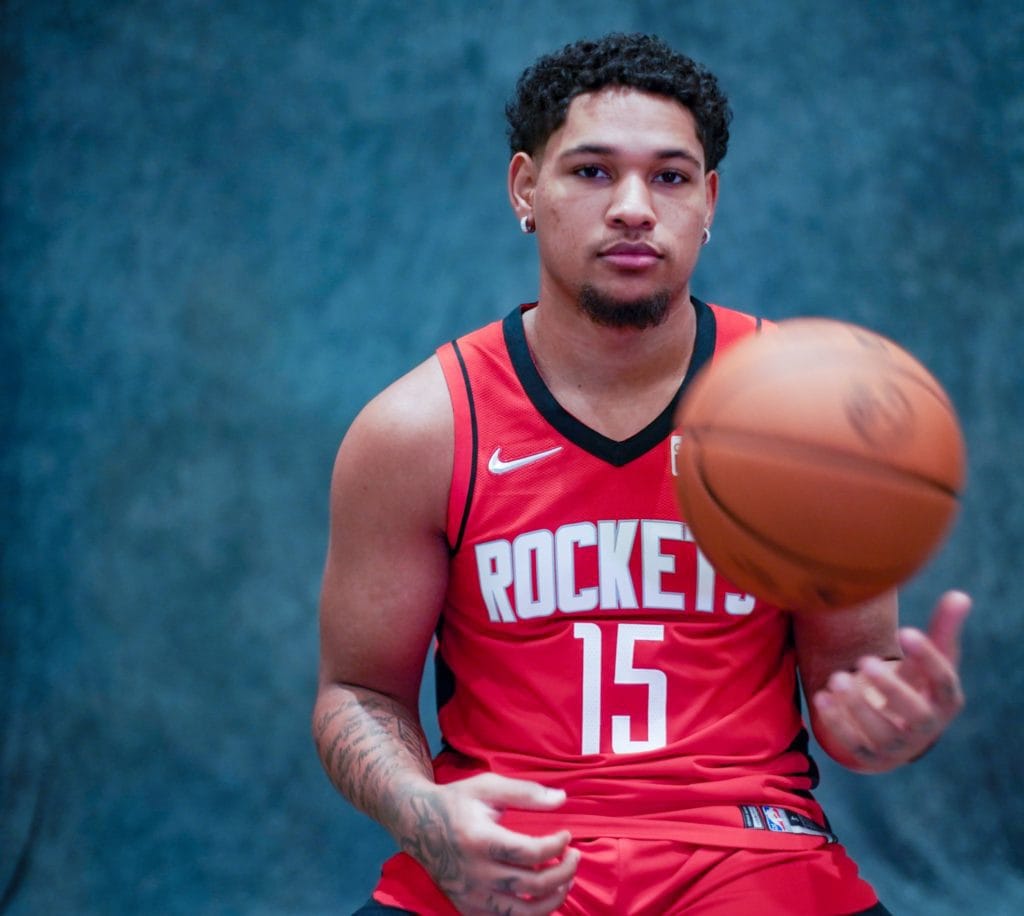 Daishen Nix was not drafted in the 2021 NBA draft, but signed with the Houston Rockets in August 2021. A few months later, in October, the Rockets converted Nix’s deal into a two-way contract, which means his salary is dependent upon the league in which he is assigned to play. Under this two-way contract, Nix splits his time between the Rockets and their  NBA G League affiliate, the Rio Grande Valley Vipers.

Nix grew up in Alaska, but moved to Las Vegas when he was 13 to play high school basketball. In  2019, Nix committed to play college basketball for UCLA. Less than a year later, Nix decided not to attend UCLA and announced that he would forgo his college eligibility to join the NBA G League Ignite.

As a senior in high school, Daishen Nix was a consensus five-star recruit and one of the best point guards in the 2020 class. 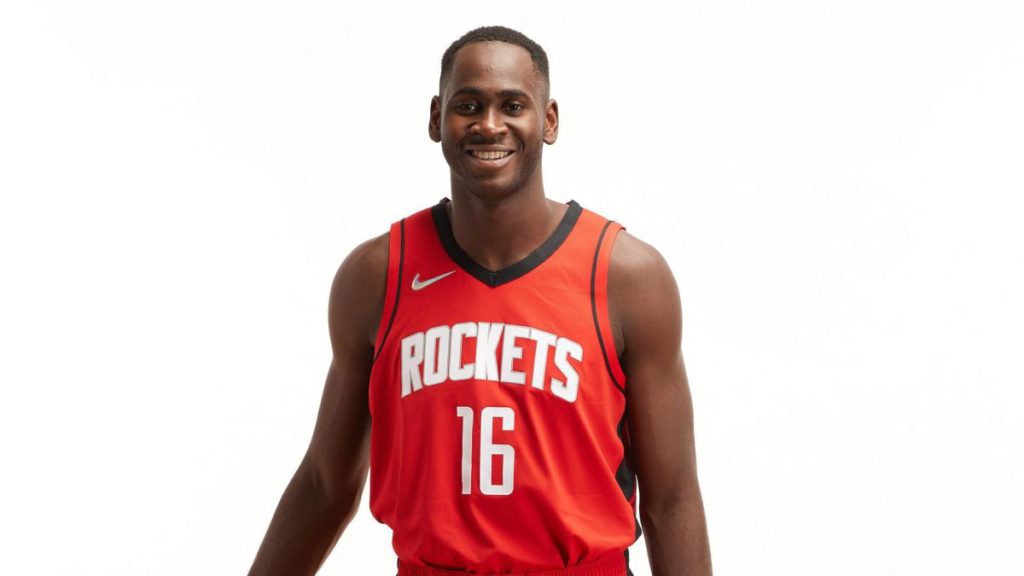 Usman Garuba, who is originally from Spain, was the 23rd overall pick in the 2021 NBA draft. Garuba was selected by the Houston Rockets and has since been assigned to the Rockets’ G League affiliate, the Rio Grande Valley Vipers.

As a child, Garuba played soccer, which was his original passion, but he switched to basketball when he his extreme height began to limit his success in soccer. In 2013, Garuba joined the lower categories of Real Madrid and moved up in the team until he was drafted in the NBA. 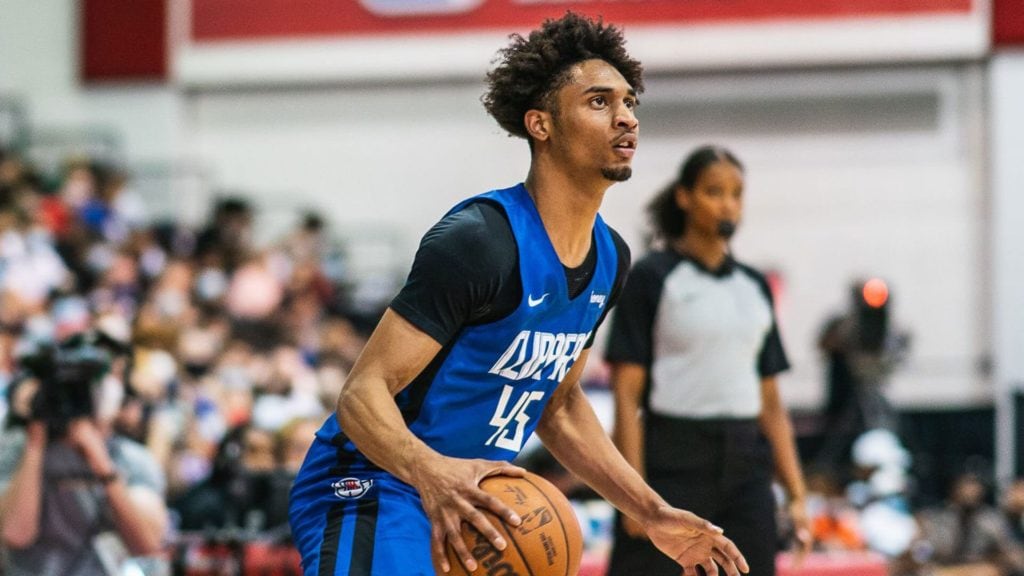 Keon Johnson is another young professional basketball player that was selected in the first round of the 2021 NBA draft. Johnson was picked 21st overall by the New York Knicks and traded to the Los Angeles Clippers. After signing with the Clippers, Johnson was placed on the team’s G League affiliate, the Agua Caliente Clippers.

Johnson, who grew up in Tennessee played college basketball for the University of Tennessee. By the end of his high school career, Johnson was rated by major recruiting services as a consensus five-star recruit and the highest ranked player in Tennessee in the 2020 class. He became the first top-ranked in-state prospect to commit to Tennessee since Robert Hubbs III in 2013.

Just before starting high school, Keon Johnson was severely injured in a fireworks accident. Four of his fingers were fractured and he underwent surgery to repair blood vessels in his hand and avoid amputation. He has since made a full recovery. 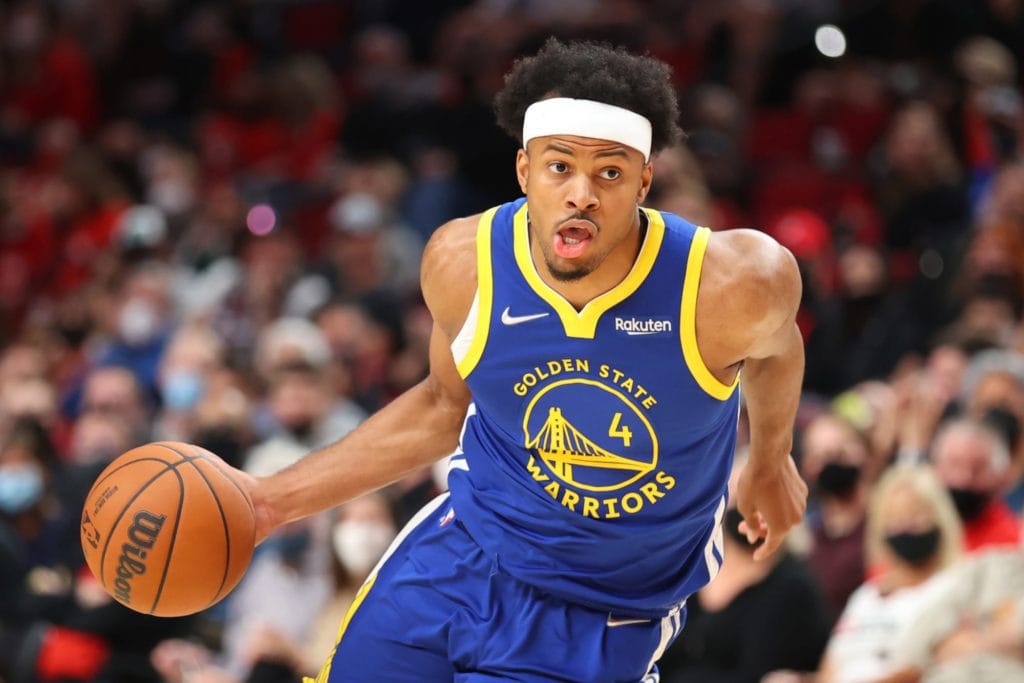 Moses Moody was selected at the 14th overall pick in the 2021 NBA draft by the Golden State Warriors. Moody played in his debut game on October 19, but failed to really impress. A week later, Moody was assigned to the Warriors’ G League team, the Santa Cruz Warriors.

Moody grew up in Little Rock, Arkansas and played high school basketball for various schools. After being courted by several colleges, Moody committed to playing for the University of Arkansas. In early 2021, Moody declared for the NBA draft, forgoing his remaining college eligibility.

When recruited for college basketball, Moses Moody was deemed a consensus four-star recruit; he was the highest ranked player to commit to the University of Arkansas since Bobby Portis of the 2013 class. 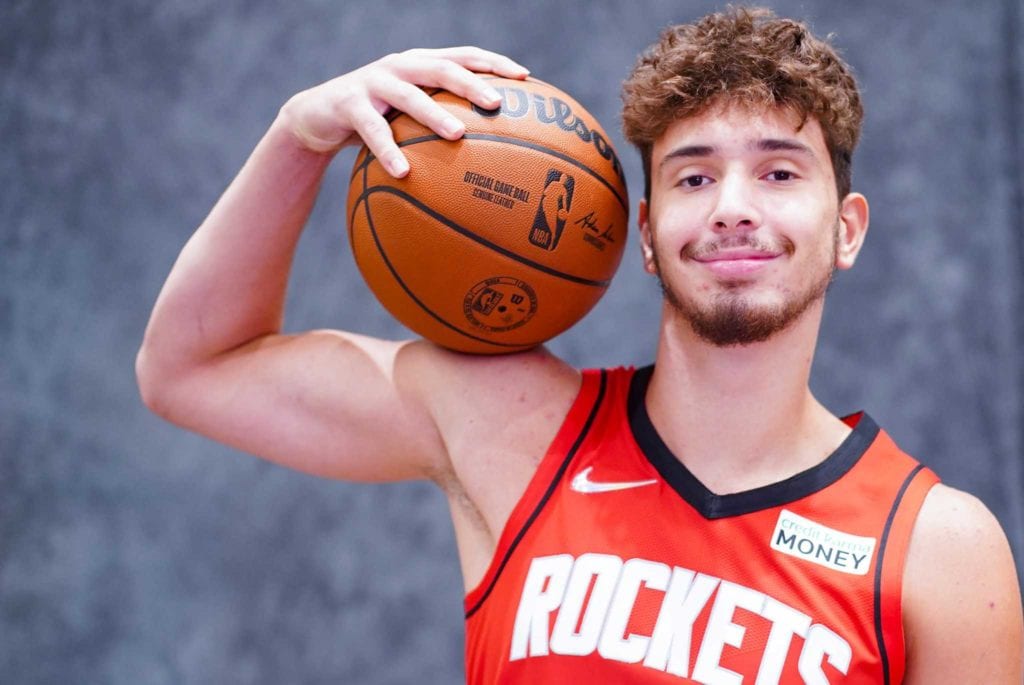 Alperen Şengün, who is originally from Turkey, was the 16th overall pick in the 2021 NBA draft.  Şengün was picked by the Oklahoma City Thunder but traded to the Houston Rockets for two future first-round picks. In August, Şengün made his summer league debut and he played his first official NBA game on October 20th.

As a child, Şengün’s parents wanted him to pursue swimming, but he was interested in basketball instead and has been playing since he was eight. As a preteen and young teenager, Şengün played youth system basketball with the youth teams of the sports club of Giresun University. In 2018, Şengün began playing professional Turkish basketball and played for a few teams before announcing his decision to enter the 2021 NBA draft. 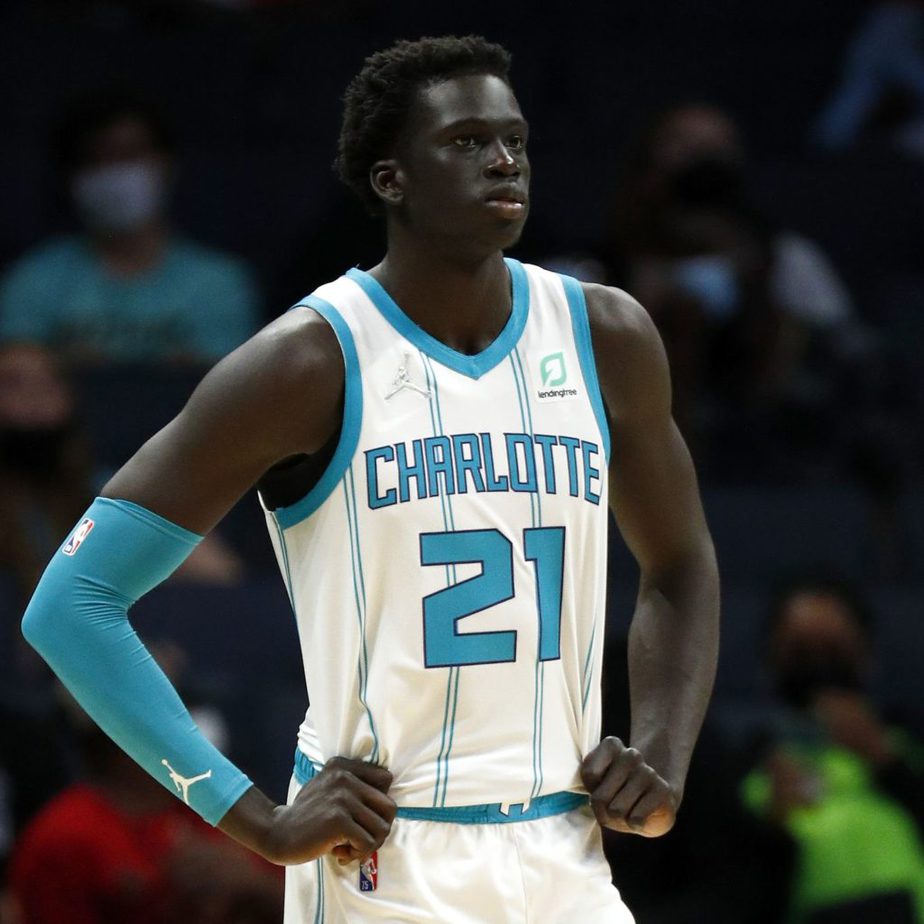 JT Thor, who was born in Nebraska, but spent most of his childhood in Anchorage, Alaska, was the 37th overall pick in the 2021 NBA draft. Thor was selected by the Detroit Pistons, but was traded to the Charlotte Hornets with Mason Plumlee for the 57th overall pick. The Hornets placed Thor on its G League team, the Greensboro Swarm.

Unlike some of the other players on this list who have played basketball since they were toddlers, Thor did not start playing basketball until he was in middle school. However, Thor quickly found his groove and when he was 14, he moved to West Virginia to play for Huntington Prep School. Thor spent his last two years of high school at Norcross High School in Georgia. Before being drafted, Thor briefly attended Auburn University.

JT Thor’s contract with the Charlotte Hornets was a four-year $6.63M deal with a team option after year three. 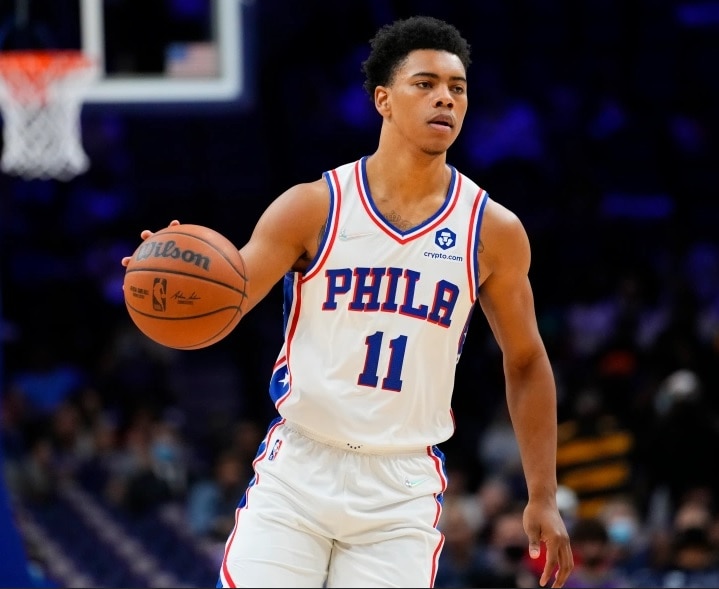 Jaden Springer was the 28th overall pick in the 2021 NBA draft when he was selected by the Philadelphia 76ers. Since then, the 76ers have assigned Springer to the Sixers G League affiliate, the Delaware Blue Coats. Springer has occasionally played in a few 76ers games when they were down a few players.

Springer grew up in North Carolina and played high school basketball for Rocky River High School in Mint Hill for his first two years. He then transferred to IMG Academy in Bradenton, Florida. Springer briefly played college basketball for the University of Tennessee-Knoxville before declaring for the 2021 NBA draft. 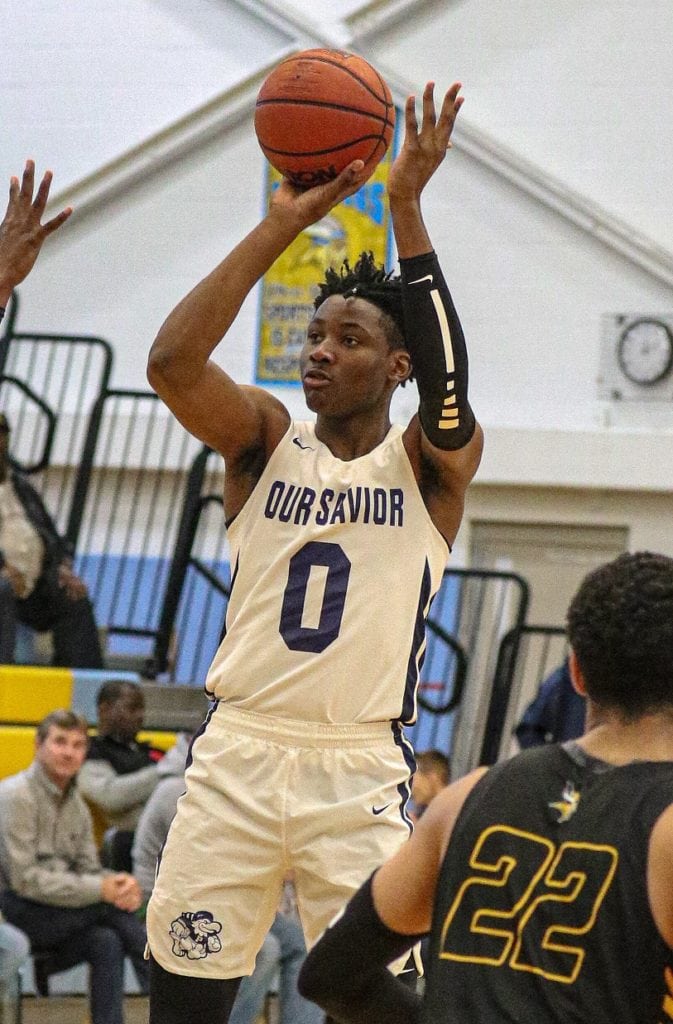 Jonathan Kuminga, who hails from the Democratic Republic of the Congo, is one of several players on this list who is just 19 years old. Kuminga says that he has been playing basketball since he was two years old. In 2016, Kuminga moved to the United States to pursue his dreams of a professional basketball career.

During high school, Kuminga played for various schools around the East Coast of the U.S. Kuminga was recruited in 2020 and chose to skip college to join the NBA G League Ignite over offers from Texas Tech, Auburn, Duke and Kentucky, among other college programs. He was drafted by the Golden State Warriors as the seventh overall pick in the 2021 NBA draft. 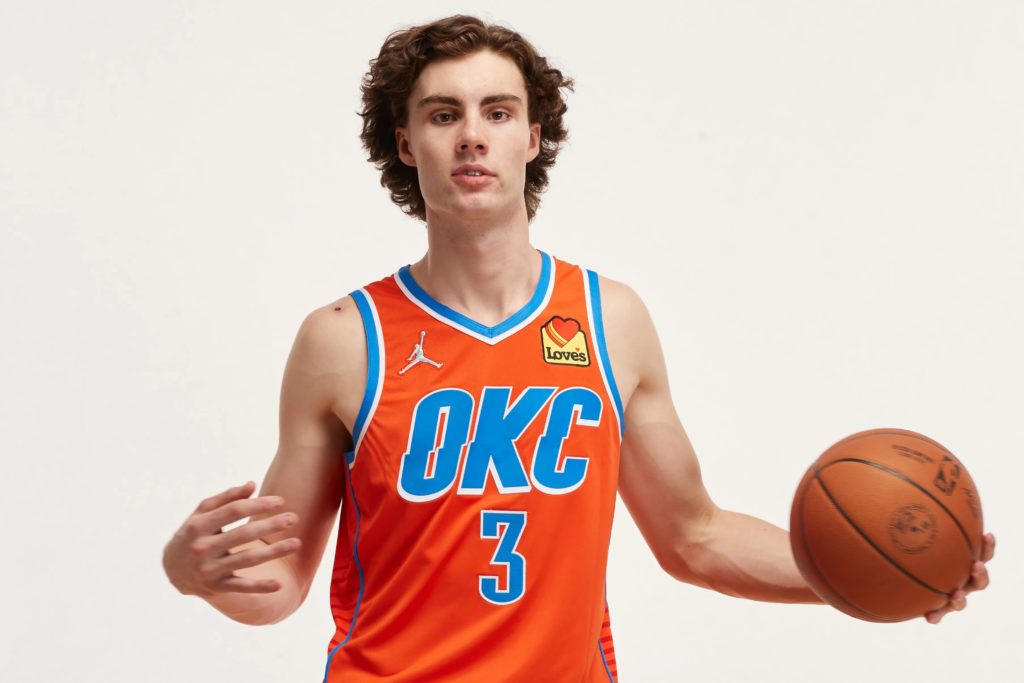 Josh Giddey is currently the second youngest active player in the NBA. He was drafted as the sixth overall pick in the 2021 NBA draft, where he was picked up by the Oklahoma City Thunder. Giddey made his debut on October 20th and has quickly impressed basketball fans and sports professionals.

Giddey was born and raised in Australia and played basketball his entire life. While training at the NBA Global Academy, Giddey became one of Australia’s top basketball prospects. In 2020, Giddey  signed with the Adelaide 36ers of the National Basketball League (NBL) as a part of the league’s Next Stars program to develop NBA draft prospects, and he became the first Australian player to be a part of the program.

Although Josh Giddey’s NBA career has just started, he has already set a few records. Giddey is the third youngest player to record at least 10 assists in a game, only behind LeBron James who did it twice and he is also the third teenage player in NBA history to notch 100 rebounds and assists in his first 20 games, joining LaMelo Ball and LeBron James in this feat. 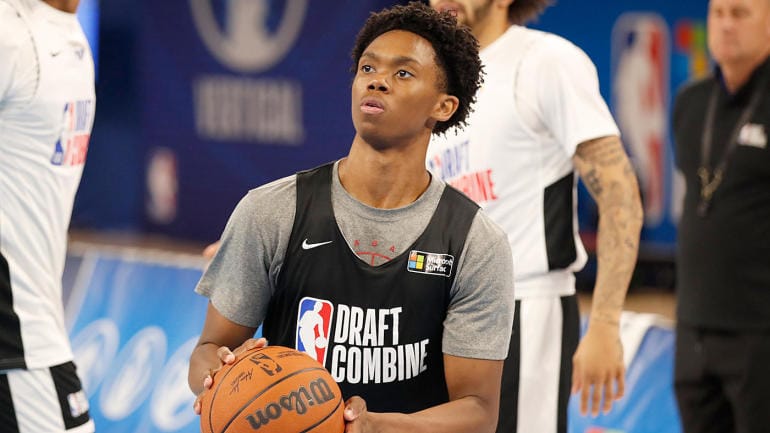 At the age of 18 years, 11 months, and 8 days, Joshua Primo is currently the youngest active NBA player. Primo, who is originally from Canada, was selected as the 12th pick in the 2021 NBA draft by the San Antonio Spurs. He was added to the team’s Summer League roster. On October 20th, Primo made his official NBA debut when he was called off the bench in the final five minutes of a game against the Orlando Magic. A week later, Primo was assigned to the Spurs’ NBA G League team, the Austin Spurs.

Although Joshua Primo is from Canada, he moved to West Virginia to play U.S. basketball, where he was teammates with JT Thor, another young active basketball player. 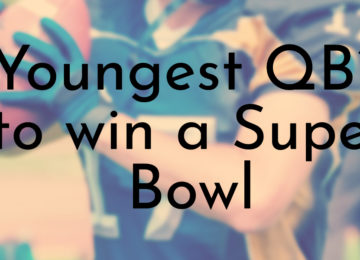 Posted by Shasha Neil 0
If you’re an NFL fan then it might seem like for as far back as we can remember, the QB…