The NBA traces its history back to 1946 when the Basketball Association of America (BAA) was founded. The league did not change its name until 1949 after the BAA merged with rival league the National Basketball League (NBL). Many of the teams on this list played for the NBL before moving over to the BAA or the NBA.

Only the eight oldest teams survived the NBA’s first decade. The two oldest teams even predate the formation of the BAA and have been continuously operated for decades. 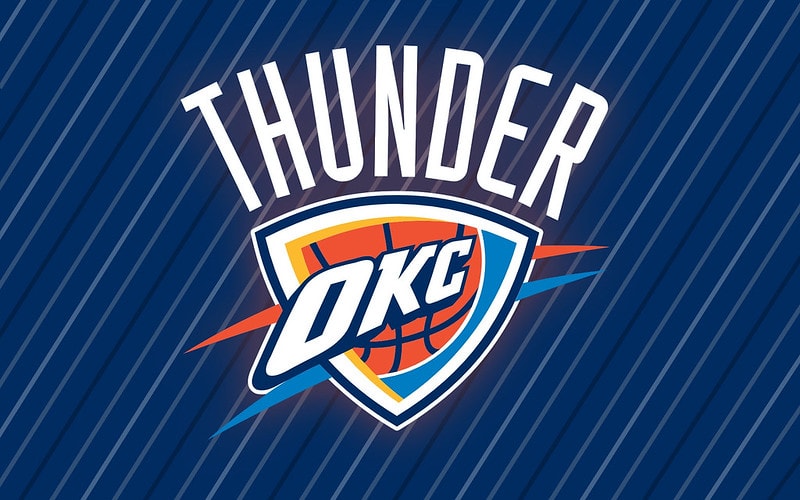 The Oklahoma City Thunder started out as the Seattle SuperSonics, an expansion team that joined the NBA for the 1967–68 season. The Thunder remained in Seattle for several decades as the SuperSonics before the team — and its Women’s National Basketball Association (WNBA) sister franchise, the Seattle Storm — for $350 million to the Professional Basketball Club LLC, a group of Oklahoma City investors led by Clay Bennett.

Following the sale, Bennett announced that he was moving the team to Oklahoma City and the city of Seattle filed a lawsuit against Bennett due to his attempts to break the final two years of the Sonics’ lease at KeyArena went to federal court. The two sides reached a settlement agreement and the team was moved to Oklahoma City and renamed Thunder.

The Oklahoma City Thunder are the only team in the major professional North American sports leagues based in the state of Oklahoma. 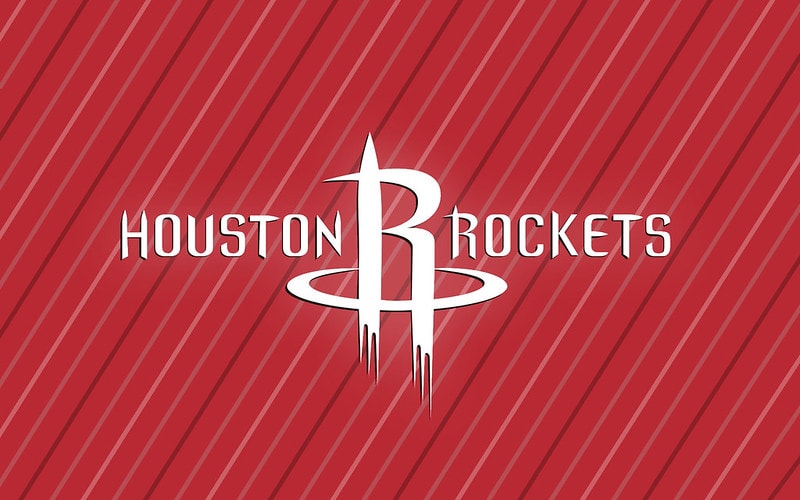 The Houston Rockets were founded as an expansion team in 1967 called the San Diego Rockets. The NBA wanted to add more teams in the Western United States and team owner Robert Breitbard paid an entry fee of $1.75 million. The Rockets did not do so well in its first few years in San Diego and the team was moved to Houston in 1971.

While the Rockets improved in Houston, the team did not finish a season with a winning record for almost a decade until the 1976–77 season, when they traded for All-Star center Moses Malone. Following this, the Rockets acquired more All-Stars over the years, including Clyde Drexler, Charles Barkley, Tracy McGrady, Yao Ming, and James Harden.

The Houston Rockets, under general manager Daryl Morey, are notable for popularizing the use of advanced statistical analytics (similar to sabermetrics in baseball) in player acquisitions and style of play. 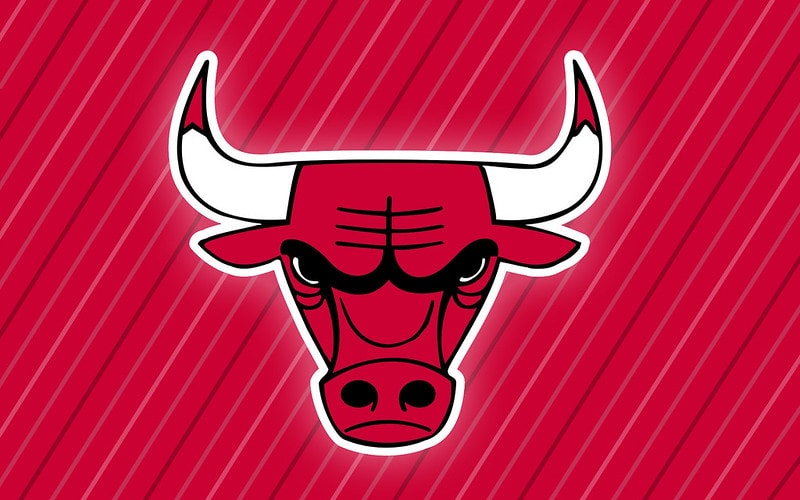 On January 16, 1966 Chicago was granted an NBA franchise, which was named the Bulls. The two previous Chicago NBA teams, had been dissolved (Chicago Stags) or moved (Chicago Packers/Zephyrs; now the Washington Wizards). While the Bulls did have some early success, the team did not hit its stride until the now legendary Michael Jordan joined the team in 1984. The Bulls’ was greatest success was during the 1990s, when the team won six NBA championships between 1991 and 1998, led by Jordan, Scottie Pippen, and coach Phil Jackson.

The Chicago Bulls are the only NBA franchise to win multiple championships while never losing an NBA Finals series in their history. 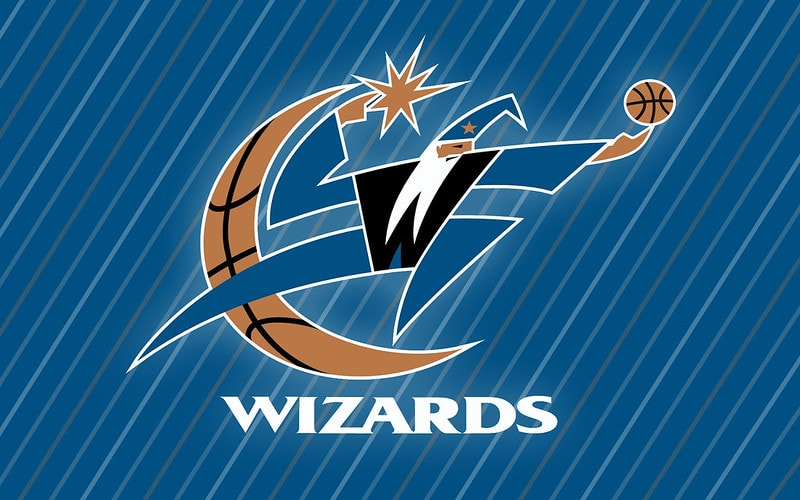 The Washington Wizards were founded in 1961 as the Chicago Packers and have had several name changes over the years. The team has also bounced around a lot, moving from Chicago to Baltimore, then finally to the Washington metropolitan area. The Wizards were briefly known as the Zephyrs, before changing its name to the Bullets for several decades.

Then in 1997, the team became the Wizards as the name Bullets had violent overtones. The new name was picked in a contest, but Wizards was also met with some controversy because “Wizard” is a rank in the Ku Klux Klan, and Washington has a large African American population. However, the name stuck.

The Washington Wizards have appeared in four NBA Finals, and have currently only won once in 1978. 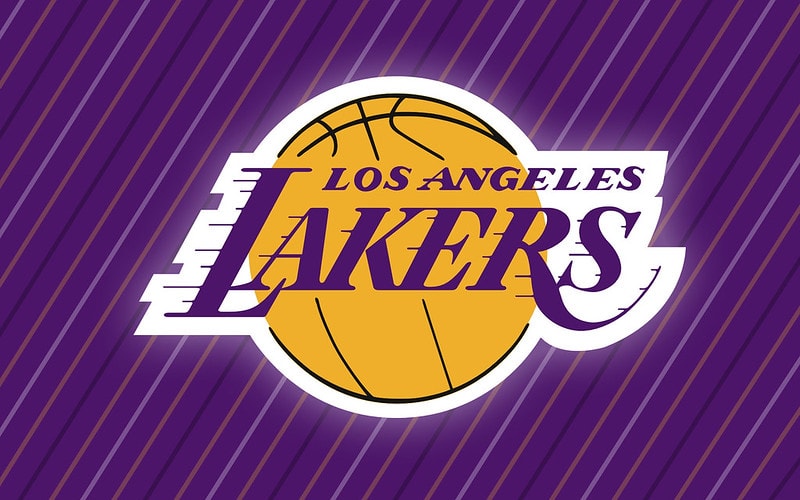 The Los Angeles Lakers are the last team on this list that survived the NBA’s first decade, making it one of the oldest continuously operating teams in the league. The Lakers were initially founded in Minneapolis, Minnesota — which is why the team has the same colors as the NFL’s Minnesota Vikings — as part of the National Basketball League.

The team jumped ship to the Basketball Association of America in 1948, and won five of the next six championships. After struggling financially in the 1950s, the Lakers relocated to Los Angeles in 1960.

Hold the record for NBA’s longest winning streak, 33 straight games, set during the 1971–72 season. Additionally, 26 Hall of Famers have played for Los Angeles, while four have coached the team. 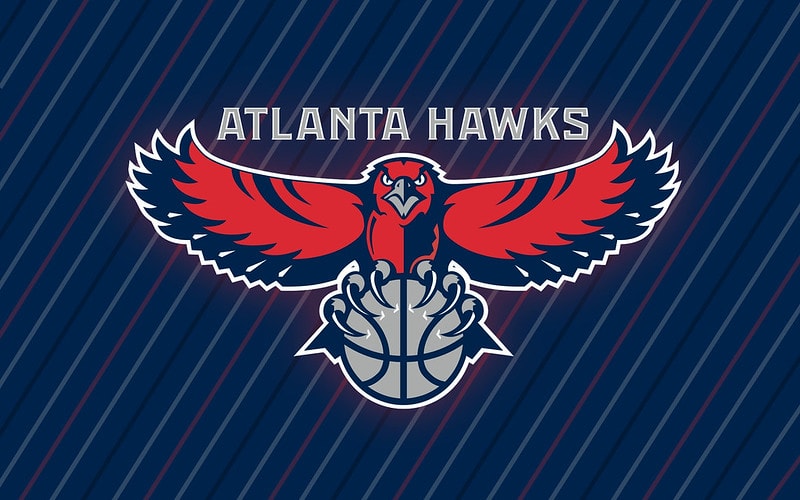 The Atlanta Hawks trace their history to 1946 when the team was called the Buffalo Bisons and played in the National Basketball League (NBL). The team only played in Buffalo for 38 days, before moving to Moline, Illinois and changing its name to the Tri-City Blackhawks.

The Blackhawks joined the NBA following the NBL and BAA’s merger in 1949 and remained in Moline for a few more years. Then-owner Ben Kerner moved the team to Milwaukee and shortened its name to the Hawks. The team made its final move in 1968 to Atlanta, where it has remained since.

The Atlanta Hawks currently own the second-longest drought, behind the Sacramento Kings, of not winning an NBA championship at 60 seasons. However, the Hawks are one of only four NBA teams that have qualified to play in the NBA playoffs in 10 consecutive seasons in the 21st century. 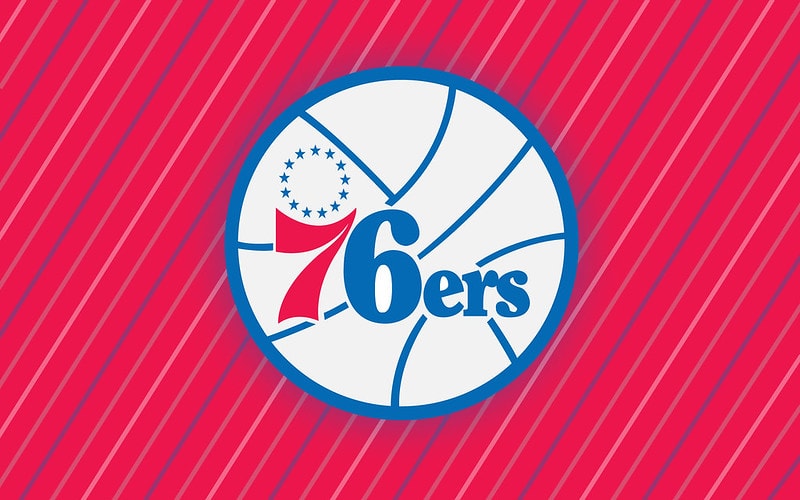 The Philadelphia 76ers started out as the Syracuse Nationals in 1946 as part of the National Basketball League (NBL). The team did not join the NBA until 1949 following the NBL merger with the Basketball Association of America (BAA). Following the merger, the 76ers were still based in Syracuse, New York as the Nationals. 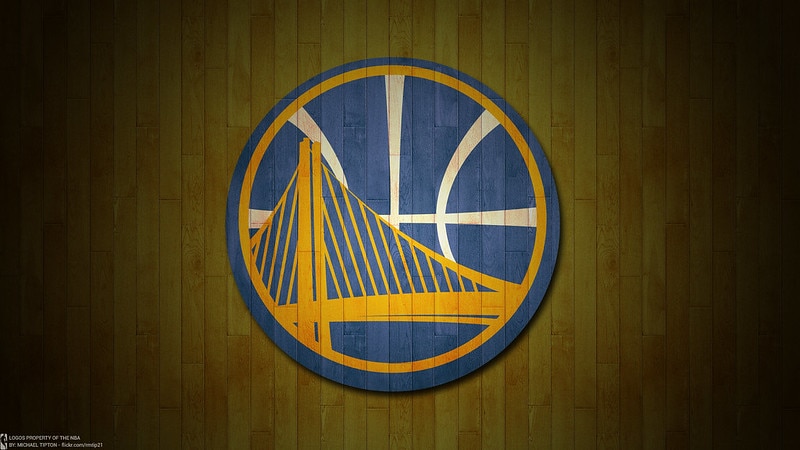 The Golden State Warriors won the inaugural Basketball Association of America (BAA) championship in 1947, which is technically the first NBA championship as the NBA considers the BAA’s early days a part of the league’s history. 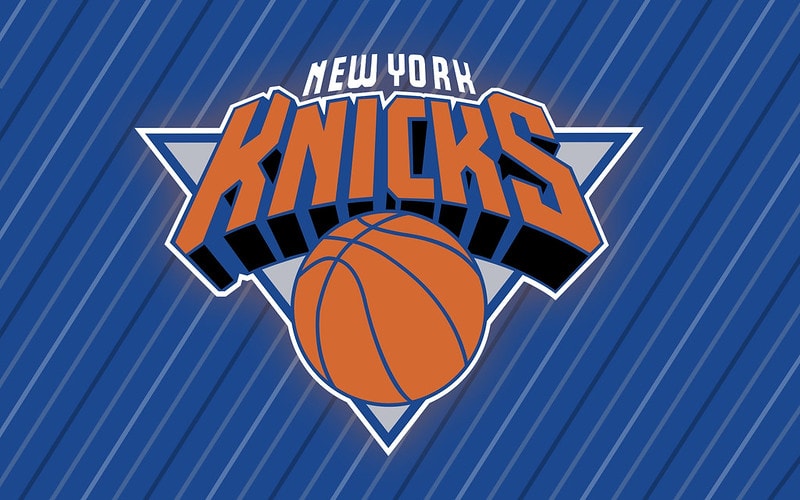 The New York Knickerbockers, more commonly called just the Knicks, are another one of the founding teams of the Basketball Association of America (BAA), the precursor of the NBA. Like a few of the other founding teams, the Knicks have always called New York City its home and the team has even played in the same arena, Madison Square Garden, since it was founded.

Additionally, the Knicks have always been owned by Madison Square Garden because of the old rules from the Arena Managers Association of America.

The New York Knicks were the first team to sign a non-white player, Japanese American guard Wataru Misaka, in 1947. 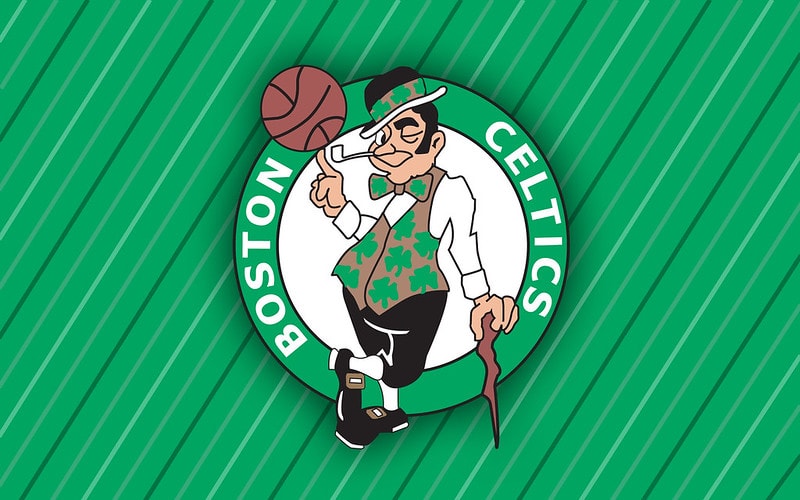 The Boston Celtics are one of the NBA’s original eight teams, back when it was the Basketball Association of America (BAA) and founded in 1946. The team has always played in Boston and has always been called the Celtics, which is a nod to the city’s large Irish population.

The Celtics are regarded as the most successful basketball team in NBA history, winning the most championships in the NBA with 17, accounting for 23.9 percent of all NBA championships since the league’s founding.

The Boston Celtics became the first NBA team to draft a black player when they signed Chuck Cooper in 1950. 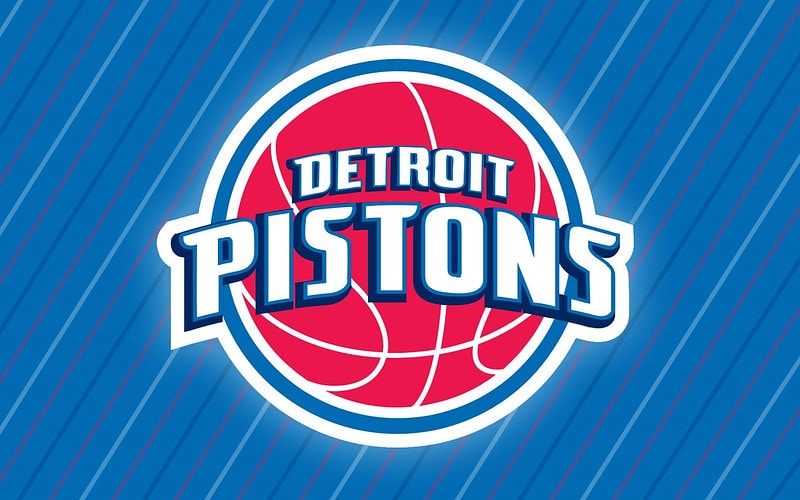 The Detroit Pistons are one of the few remaining teams that predate the formation of the NBA. The team was founded in Fort Wayne, Indiana as the Fort Wayne Zollner Pistons in 1941, a member of the National Basketball League (NBL).

The Pistons later joined the Basketball Association of America (BAA) in 1948, and remained part of the league following the NBL and BAA merger, forming the NBA. About a decade later, the Pistons moved from Fort Wayne to Detroit, where the team has remained since. 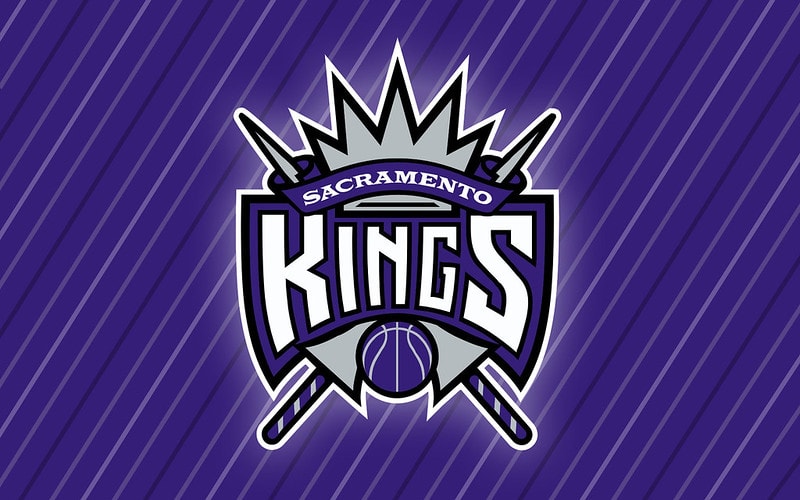 The Sacramento Kings trace their history back to 1923 when they were a semi-professional team called the Rochester Seagrams. Since then, the Kings have been around in some form, making the Sacramento Kings the oldest continuously operating team in the NBA.

The Kings operated out of Rochester, New York for several decades, including during the team’s early days in the NBA. Back then, they were called the Rochester Royals and they did not become the Sacramento Kings until 1985.

Despite being around for so long, the Sacramento Kings have only ever won one championship title, way back in 1951 as the Rochester Royals against the New York Knicks.

Posted by Shasha Neil 0
NFL stadiums are an icon that have become a piece of the glorious culture and sport we call football. As…