The history of golf in America is often muddied by various golf clubs claiming that they are the oldest. However, it is widely accepted that modern golf evolved in Scotland and was brought to the United States sometime in the mid-17th century. From there, the first golf clubs were established and the members often played on shoddy courses with only a few holes. As golf got more popular, many of these early clubs decided to set up nicer and larger golf courses, that would be modeled after the ones in Scotland. Several of these early golf clubs also decided to organize America golf and founded the United States Golf Association (USGA) in 1894. Today, many of these golf courses are still open and are some of the most exclusive in the country.

As of April 2021, the information on this list is as accurate as possible and will be updated as needed. 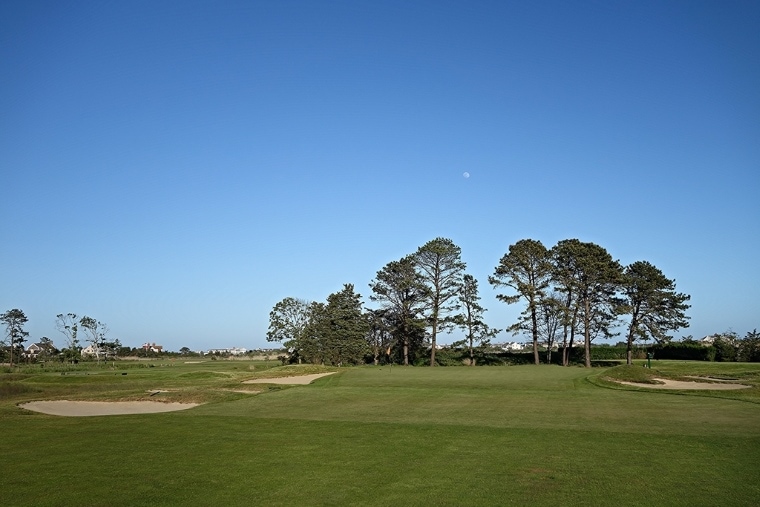 The Quogue Field Club is an old private golf course in New York, which dates back to 1901. However, the club was founded in 1887, but they did not initially play golf. A rough 9-hole course was laid out in 1896 by RB Wilson, who has head pro at nearby Shinnecock Hills.

Due to the private nature of Quogue Field Club, not much is known about the course and there are conflicting accounts of its true history. In 1901, Tom Bendelow was brought in to design a more permanent course to replace the one built by RB Wilson. Following a hurricane in 1938, parts of Quogue Field Club were destroyed and the club and course remained closed until 1945 because of World War II. Over the years, Quogue Field Club has been updated by several architects, including Frank Duane, Stephen Kay, and Ian Andrew.

Although Quogue Field Club originally started with 9-holes, an additional 9-holes were added after the 1921 season, bringing the total up to 18. However, these 9-holes were destroyed during the 1938 hurricane and were never rebuilt.

Although this list shows otherwise, the Saint Andrews Golf Club claims it is the oldest golf club and has the oldest golf course in America. The club was founded in February 1888 by a Scottish sportsman named John Reid and his friends built a three yard course and played what is widely called the first round of golf in America. A few months later, Reid and his friends move the course to a 30-acre lot and by the end of 1888, they make the Saint Andrews Golf Club official.

The racial bias of the Saint Andrews Golf Club has been highlighted several times over the years and until the 1970s, the club only accepted Presbyterians of Scottish descent, who could pay the high initiation and annual fees. 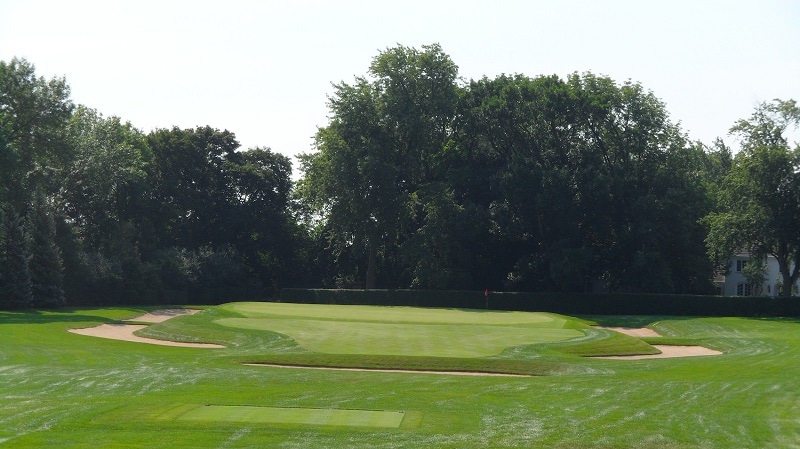 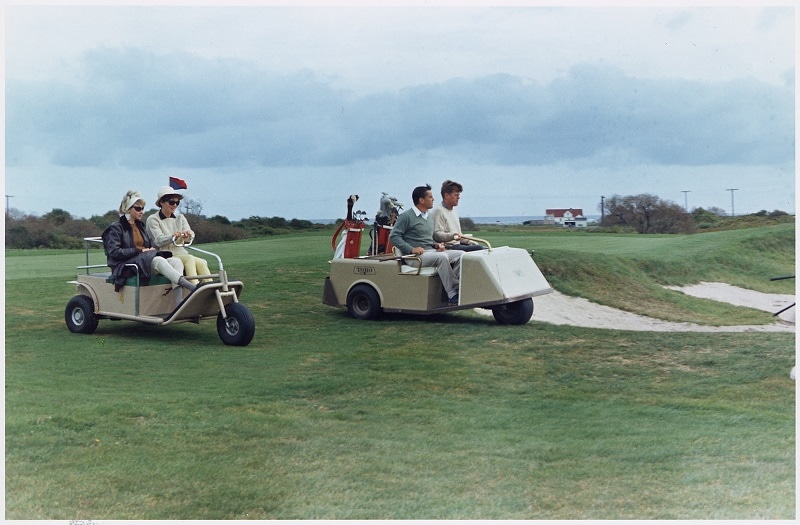 The Newport Country Club’s grand old clubhouse, which is still in use, was also built in 1895 by Whitney Warren. The course was completely remodeled in 1923 by A.W. Tillinghast. For the centennial in 1995 of the first two USGA events, the Newport Club hosted the U.S. Amateur tournament, which was won by Tiger Woods.

In 2013, the Newport Country Club discovered that the second 9-holes were not designed by Donald Ross like previously believed, but by William Davis, the architect of the original 9-holes in 1899. 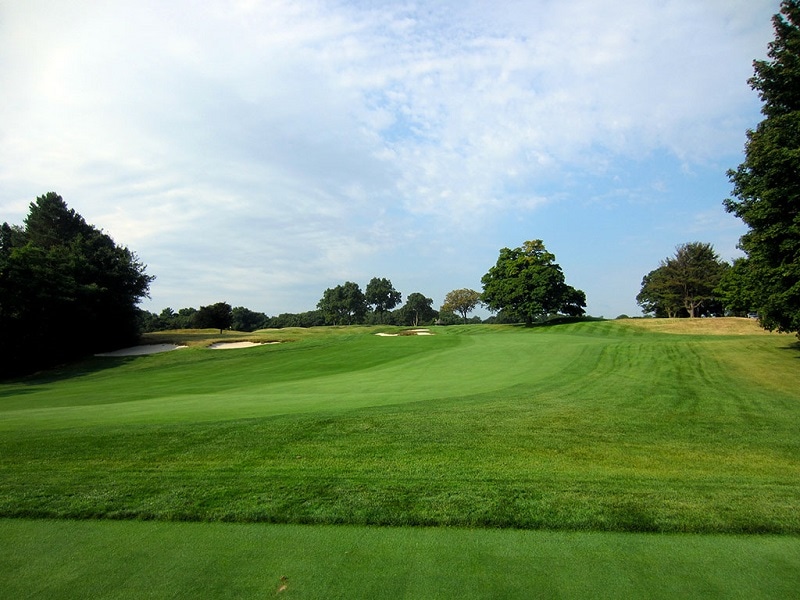 The Country Club is one of the oldest and most exclusive golf clubs in America – the club is so exclusive that it has rejected high-profile celebrities from becoming members. As its simple name suggests, The Country Club was the very first country club in America and all other similar elite clubs have just copied the name of the original.

While The Country Club was founded in 1882, it was initially an equestrian and social club; golf was not introduced until 1893 and a small six-hole course was laid out. The following year, The Country Club became one of the founders of the United States Golf Association and in 1895, the club built its current golf course. The course slowly evolved over the years and today, there are 27 holes called the Clyde, Squirrel and Primrose nines.

As one of the founding members of the United States Golf Association, The Country Club has hosted numerous USGA tournaments including the 1913 U.S. Open won by then-unknown Francis Ouimet. 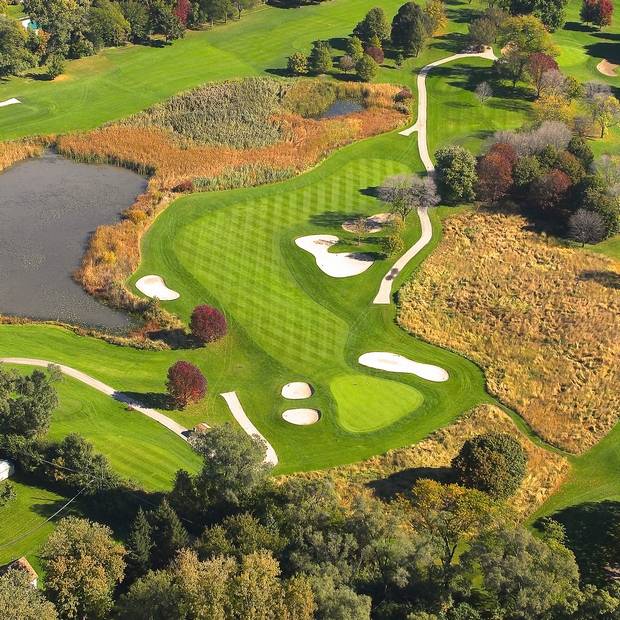 The Chicago Golf Club continued to play golf at the Downers Grove course until 1895, when it moved to a new course built again by MacDonald in nearby Wheaton, Illinois. After this, the golf course was passed around to different owners before it was purchased by the Downers Grove Park District in 1968. The golf course was downsized to nine holes and has had multiple renovations since then.

Although Downers Grove Golf Club has been renovated numerous times, much of the original course is intact, including holes 2, 4, 7, 8, and 9. 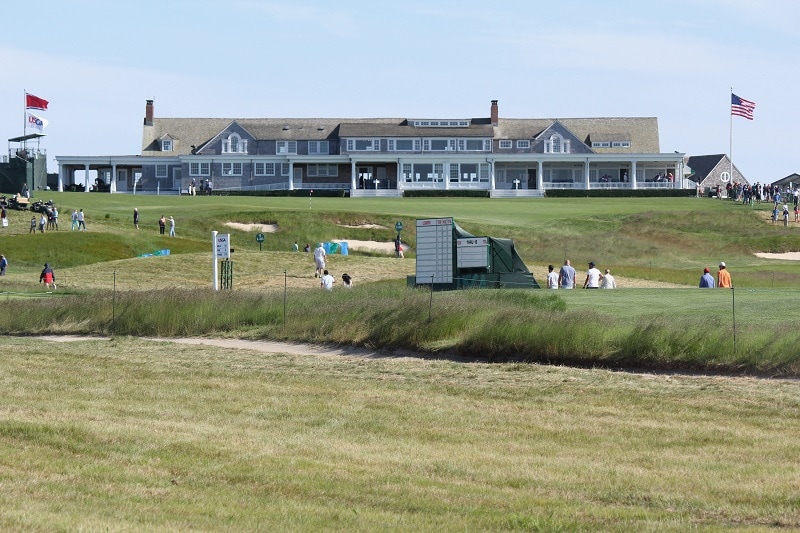 The original golf course of the Shinnecock Hills Golf Club was built in 1891 by Willie Davis and was initially 12 holes – this is also the founding date of the club. A year later, the Clubhouse was built and has essentially remained the same for over a century, but had an extensive restoration in 2016 – it is the oldest golf clubhouse in the U.S. in 1895, the golf course was expanded to 18 holes and had four major revisions before the current course was designed by William Flynn and built by Dick Wilson of Toomey and Flynn in 1931.

The Shinnecock Hills Golf Club was the first golf club in the U.S. to admit female members, as women have been allowed in the club since it was founded in 1891. 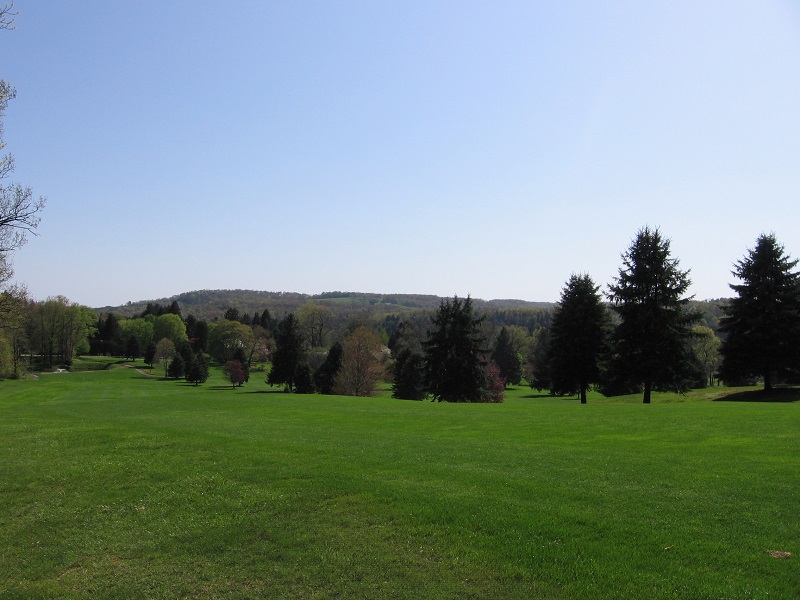 The Foxburg Country Club is another golf club that’s brought up any time there is a discussion over which golf course is the oldest in America. The club’s founder was Joseph Mickle Fox, a descendant of the land and oil rich Fox family from Philadelphia. Fox learned how to play golf in Scotland and brought back golfing equipment so he could play in the U.S.

Back in Foxburg, Fox laid out a makeshift 8-hole course that soon became very popular. In 1887, Fox decided to build a larger course five-hole course on the site that is now the Foxburg Country Club. Within a few years, Fox expanded the course to nine holes and in the early 20th century a small clubhouse was built. In 1941, the Foxburg Country Club bought the summer house of the Grange family and it has served as the clubhouse since then.

The Foxburg Country Club is home to the American Golf Hall of Fame and the museum contains an extensive collection of extremely old and valuable golf clubs and artifacts from many different eras. 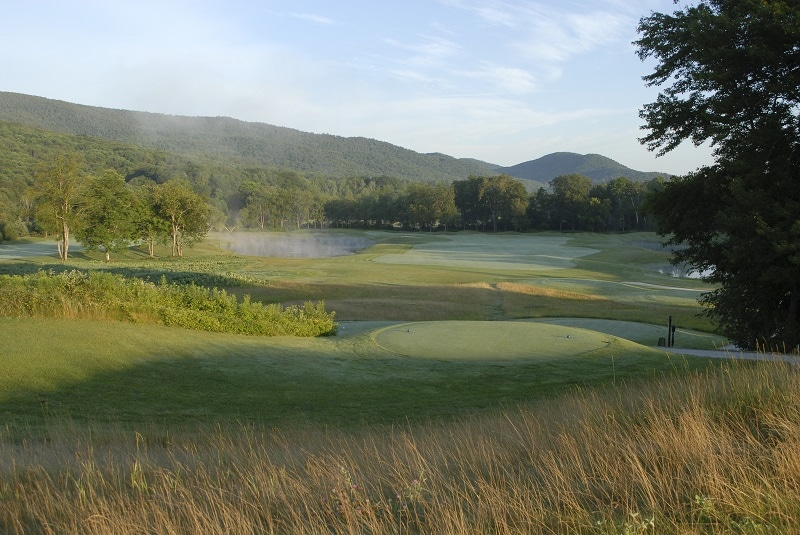 The Dorset Field Club claims that it is the oldest continuously operating golf club in America and home to the oldest continuously operating golf course as well. According to the Dorset Field Club, it’s history began in 1886 when its first President, Arvin Harrington, along with Frank Holley and William Kent, laid out a nine-hole course, assigning a name to each hole. They initially named the course the Dorset Field Links, using Scottish tradition, but changed the name when the clubhouse was built in 1896.

Since then, the golf has been played non-stop at the Dorset Field Club. Over the years, the course was improved and lengthened and has had five significant alterations – it became an 18-hole golf course in 1999. To highlight Dorset Field Club’s long history, the State of Vermont has posted an historic marker on the highway near the ninth green with the heading “Dorset Field Club: Oldest Continually Operated Golf Course in the United States.”

The clubhouse at Dorset Field Club, Woodruff Hall, has been in use since 1896 and is believed to be the second oldest standing clubhouse after the clubhouse of The Shinnecock Hills Golf Club.

While there is a lot of argument over which golf course is the oldest, Oakhurst Links is widely considered to be the oldest golf course in America. Oakhurst Links was designed and built in 1984 by a man named Russell Montegue and his friends. Montegue had learned about golf in Scotland and decided to build his own golf course right outside of his home, which served as the Oakhurst Links Clubhouse for many years. The first competition at Oakhurst was held in 1888.

Although Oakhurst is the oldest golf course, it has not been in continuous operation. Oakhurst stayed open until 1912 when the land was reverted to pasture – the golf course was not restored until 1994. In 2012, Oakhurst Links was in danger of shutting down again, Greenbrier Resort owner Jim Justice, bought the historic golf course and promised to preserve its history. Oakhurst Links along with Montegue’s house is listed on the U.S. National Register of Historic Places.

In 2016, Oakhurst Links was damaged by floods and as of 2021, the golf course has not been reopened, but it is being repaired.

Except for one year at Pinehurst No. 1 course, the National Hickory Championship was played at Oakhurst Links from 1998 to 2015.

Posted by Shasha Neil 0
Spread the loveWhile every position on a football team is important, the quarterback is inarguably the most vital member of…

Posted by Shasha Neil 0
Spread the loveThe Masters Tournament is one of the four major tournaments in professional golf. Always taking place during the…