Watching a Formula 1 race, the average person might feel as though drivers have it easy as pie! After all, how hard could it be to drive a car and turn a wheel over and over again? We do it every day!

…First of all, do we refer to the driver seat in our Subaru Sedan as a cockpit? And if so, does that cockpit reach temperatures of up to 122 degrees Fahrenheit?

F1 driving is one of the most technically difficult sports in the world. Drivers can typically experience up to two to seven G’s of force with every turn they make. To put that into perspective, a trained fighter pilot can endure up to 9 G’s, but for only a couple of seconds before losing consciousness. Couple that with the sheer amount of focus you need to sustain during a race that lasts two hours, and you have a sport that is dominated by the young and vital.

We’re about to take a look at the eight oldest F1 racers that actually qualified and started a race – the ones that managed to fight the attrition that comes with time, and perform among the best! 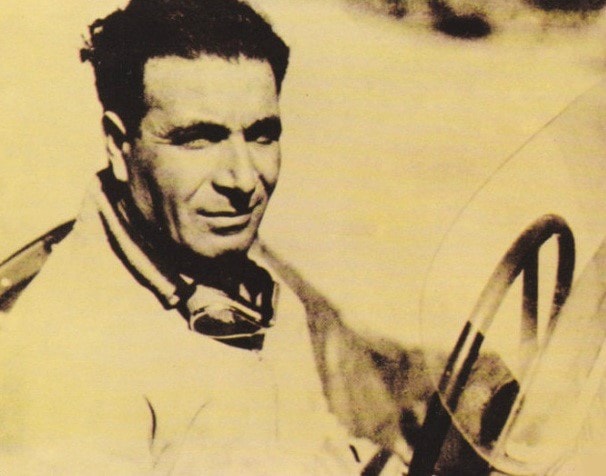 Biondetti was 52 years old when he raced in the 1950 Italian Grand Prix. Though he qualified and started a Grand Prix for Ferrari, it would be his first and his last. He sported a resume with 0 championships, 0 wins, and 0 career points.

His Grand Prix career wasn’t much to write home about, but Biondetti should be respected for his tenacity. He drove a self-built Ferrari-Jaguar hybrid car, which by itself is impressive. Not surprisingly, it did suffer from engine failure, forcing him out of the race.

Biondetti’s passion for racing didn’t end with the Grand Prix. He had a successful career against drivers much younger than himself. He earned second place at a race called “The 12 Hours of Pescara” in 1952. He was also the first F1 driver to die of natural causes, succumbing to cancer in 1955.

Bill Aston was 52 years old when he raced in the 1952 German Grand Prix. Racing for team Aston Butterworth, he had a total of three entries into F1 World Championships. He unfortunately never won, with 0 championships, 0 wins, and 0 career points.

His car failed on the second lap and therefore didn’t place. Despite the hiccup, Aston continued to race into his 60s, and that alone is commendable. He was a test pilot and motorcycle racer before undertaking Formula 1, always chasing that adrenaline high that accompanies going fast.

Aston was originally trained as an engineer, which explains his ability to meticulously tinker with race cars. He also ran a successful fruit farm as a side business. 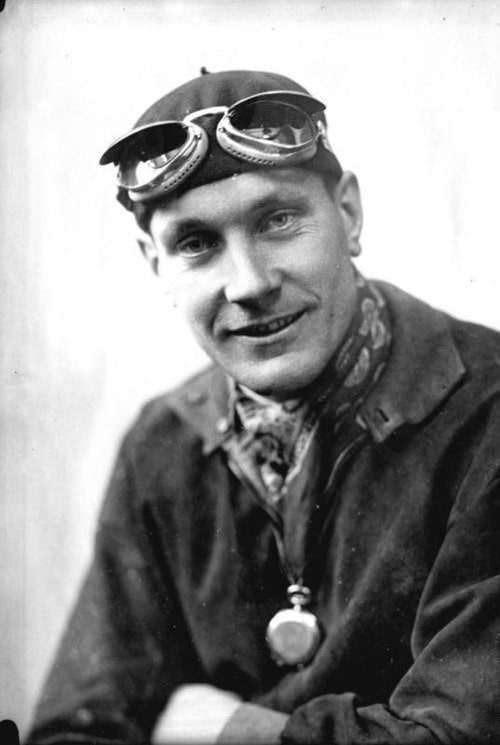 Hans Stuck was 52 years old when he raced in the 1953 Italian Grand Prix. Racing for teams BRM, AFM, and Ferrari, he had five entries and three starts. With 0 championships, 0 wins, and 0 career points, it drives home (no pun intended) just how difficult it is to excel at the highest world championship level.

Stuck served in the military during WW1 in 1917. He was just 17 years old. After marrying a woman named Paula von Reznicek in 1932, who had a Jewish grandfather, he had some difficulty dealing with the rise of the Nazis. Stuck’s personal relationship with Hitler – given Hitler’s interest in F1 – and a chance encounter during a hunting trip ended up saving him from persecution.

Stuck is well known for his talent in hillclimbing. His skills earned him the nickname, “Bergkönig,” which means “King of the Mountains.” 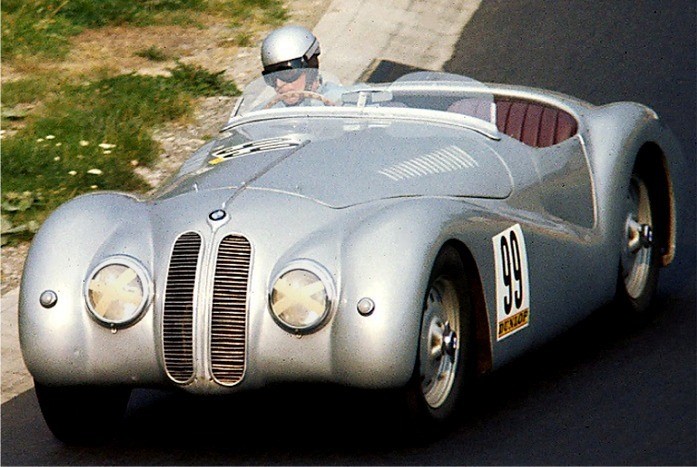 Adolf Brudes was 52 years old when he raced in the 1952 German Grand Prix, and was on team Veritas. He got his start in racing thanks to his ownership of a BMW and Auto Union car dealership. In his world championship career, he had 0 championships, 0 wins, and 0 career points, but this didn’t mean he wasn’t a success.

Brudes placed first in nine races throughout his career, including the Grand Prix Polski. His career spanned a total of 49 years.

Adolf, similar to other F1 drivers, was introduced to speed and the love of racing through motorcycles in 1919. 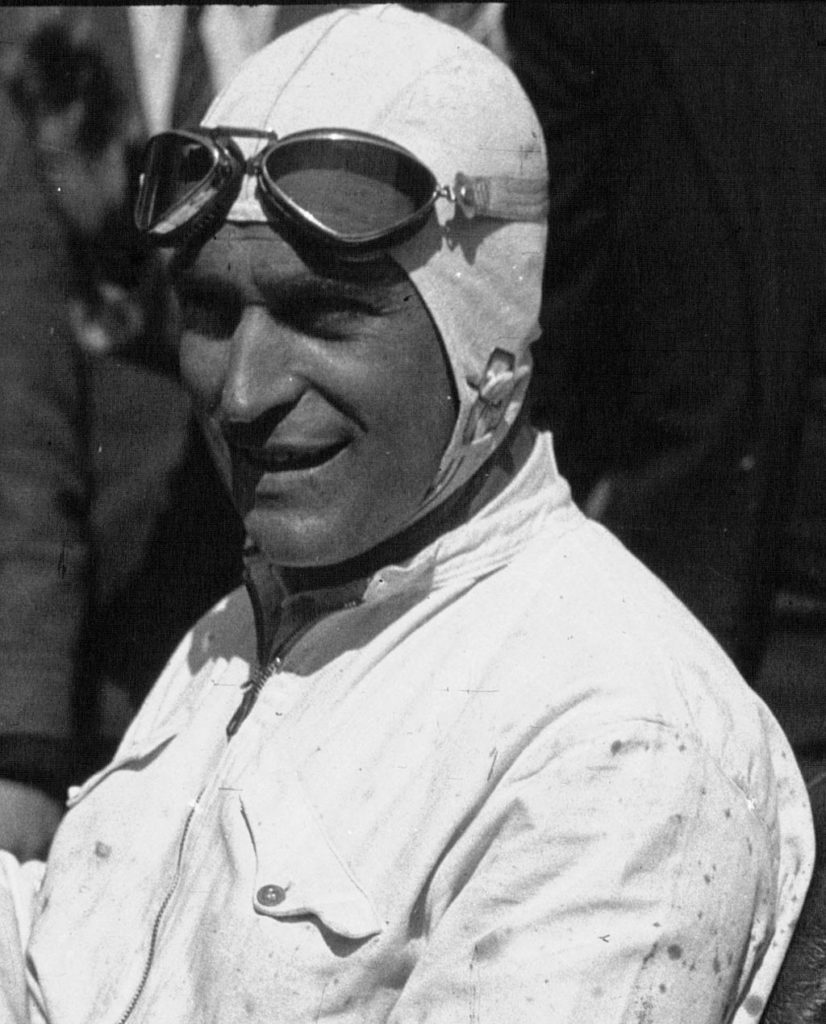 Luigi Fagioli was 53 years old when he raced in the 1951 French Grand Prix for team Alfa Romeo, and was the first on this list to win a Grand Prix in his 50s! He holds 7 entries, 1 win, and 6 appearances on the podium in his world championship career.

Fagioli is the oldest driver to win a race in Formula One, on top of being the only winner born in the 19th century. Fagioli was notorious for his hair-trigger temper on the racetrack, often attempting daring, risky stunts that endangered his and his competitors’ lives. A lot of these stunts did result in dramatic collisions.

Fagioli’s all-or-nothing attitude was a gift and a curse. That trademark reckless style cost him a few potential victories, but was also responsible for turning him into one of the best.

Fagioli died one year after his victory at 54 years old while practicing for the Monaco Grand Prix. What was thought to be a minor crash proved to be fatal when he sustained some internal injuries and passed in a Monaco hospital three weeks later. 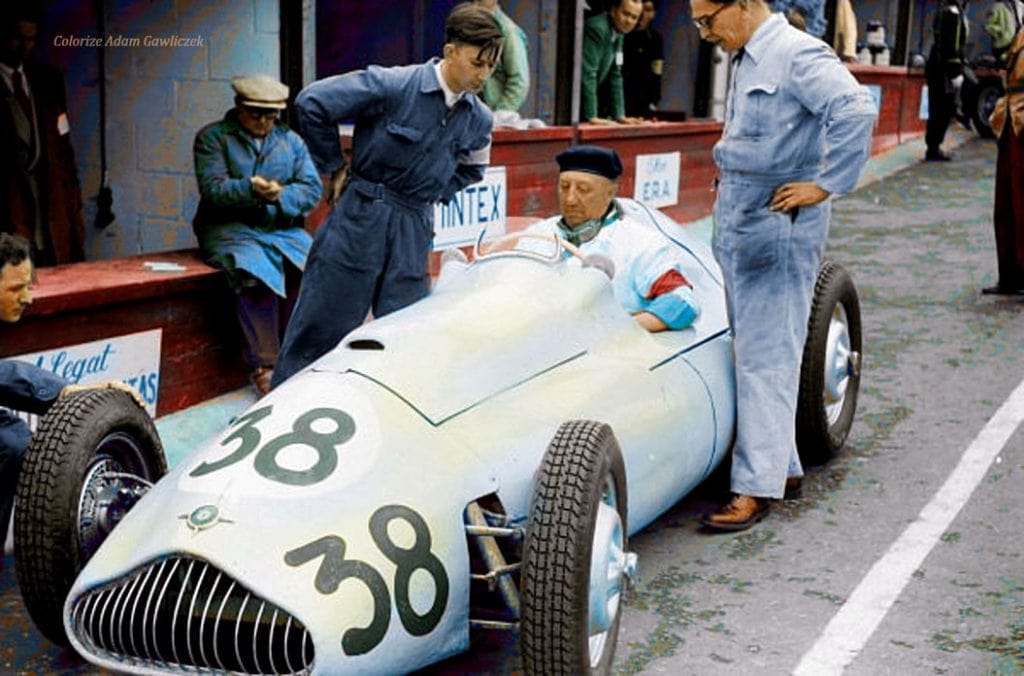 Arthur Legat was 54 years old when he raced in the 1953 Belgian Grand Prix for team Veritas. In his world championship career, he has 2 entries, 0 championships, 0 wins, and 0 career points.

In spite of these low numbers, Legat did go on to win the Grand Prix des Frontières at Chimay in 1931 and 1932, however.

Legat had to retire from the 1953 Belgian Grand Prix due to transmission trouble – a frustrating way to go out, considering how much tender love and care these drivers put into these marvels of automobile engineering.

…That’s on top of the rigorous training it takes to get to the ultimate stage. 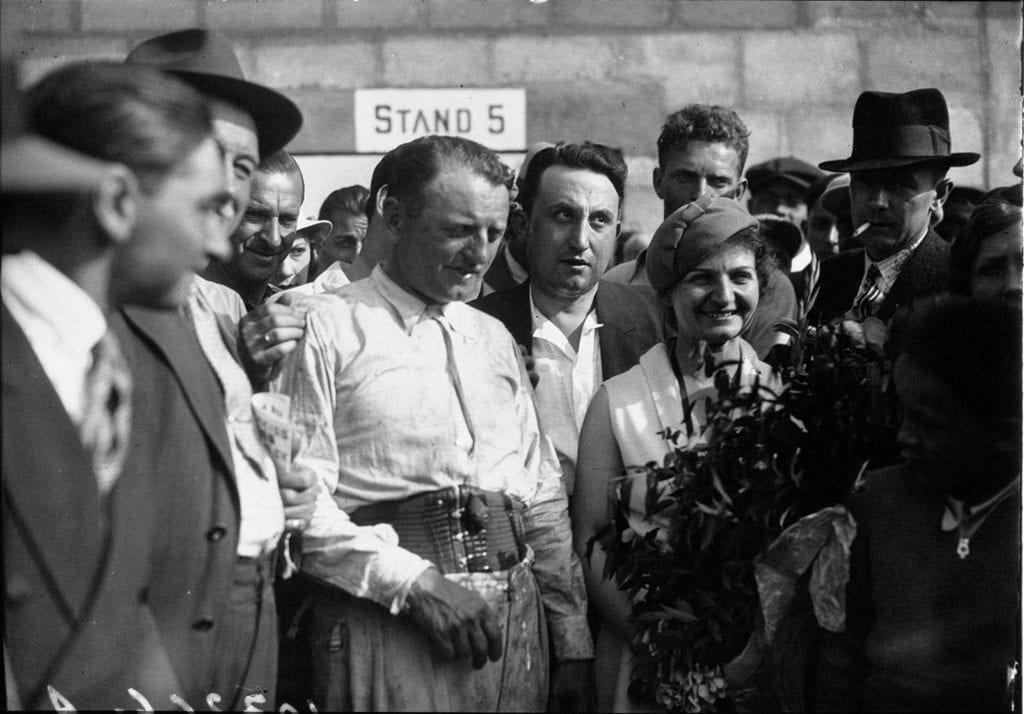 Phillip Étancelin was 55 years old when he raced in the 1952 French Grand Prix. His world championship career, though not too decorative, is extensive. He holds 12 appearances, which on its own is impressive. He has 0 championships, 0 wins, 0 podium appearances, but he does have 3 points!

The disappointment of all those appearances in the world championship with nothing to show for it was difficult for Étancelin, but the end result of placing 8th in the French Grand Prix was still no easy feat. When you consider how many racers had to retire before even finishing the race, any placement is better than none.

Phillip’s wife, Suzanne, was his crew chief. The two would travel around the world together, participating in races. He did take home a victory at both the Grand Prix de la Baule and the Antibes Prix de Conseil General. 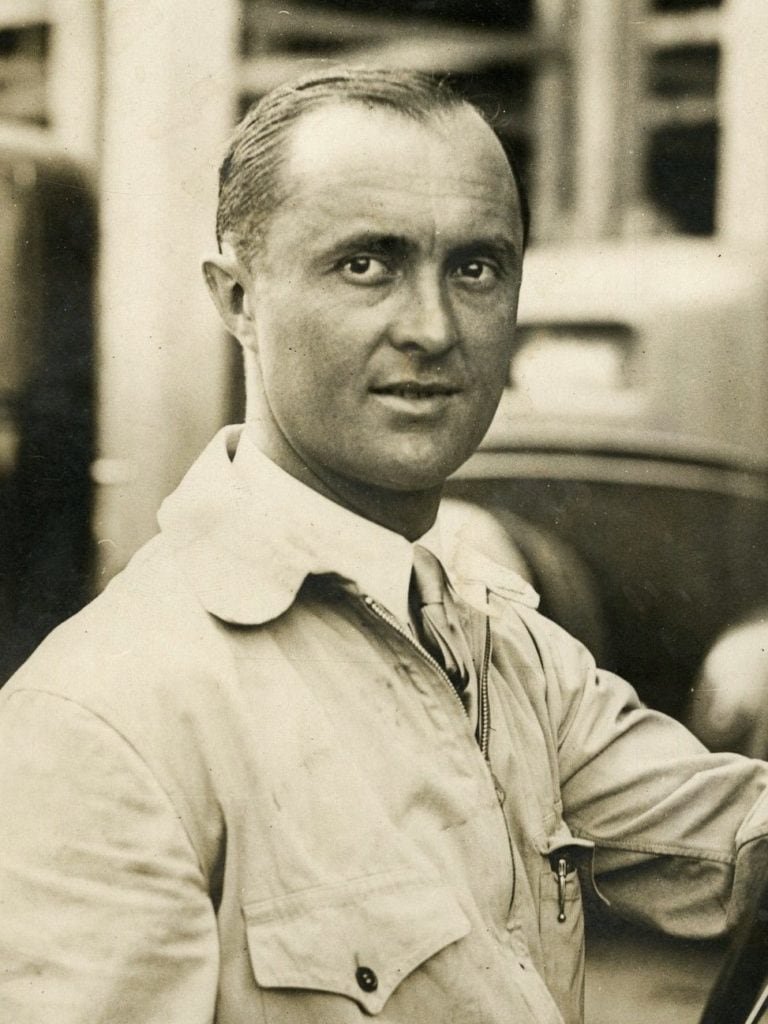 Louis Chiron is the oldest F1 driver to start a race.

Louis was 55 years old when he raced in the 1955 Monaco Grand Prix, where he placed 5th overall. He beats out our #2 on the list by just 101 days in age gap. Louis holds a whopping 19 entries and 15 starts in his world championship career with a podium appearance, and four career points to boot.

After the Second World War derailed his motor racing career, Chiron made his return and was back with a vengeance, winning two French Grand Prix. Without counting the races he started in, he is also the oldest driver to enter a race by taking part in a practice session for the 1958 Monaco Grand Prix at 58 years old.

After retirement, Chiron stayed involved in the F1 world by taking on an executive role with the organizers of the Monaco Grand Prix. Due to his record in podium finishes while driving for Bugatti, a 1999 concept car was named in his honor along with a more recent 2016 Bugatti, called the Bugatti Chiron. 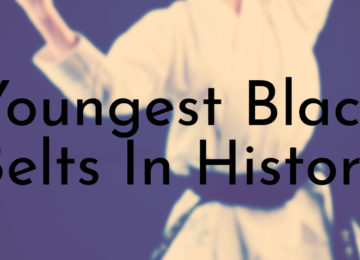 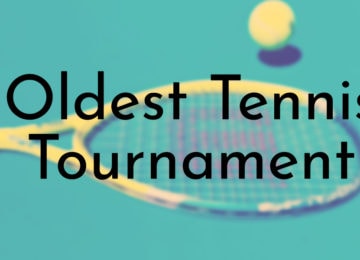 9 Oldest Tennis Tournaments in the World

Posted by Lauren Johnson 0
Sometimes referred to as a sport for the rich, tennis was first played by Victorian gentlemen and ladies in the 19th century.…