Playing in the NFL is not something that many people will do for a long time. Understandably so, the physical and mental tolls that it can take on the human body are enormous. This is the main reason that NFL players are so respected and looked up to as modern-day gladiators.

According to the WSJ, the average career of a NFL player is only 2.66 years, a number which is seemingly declining.

Perhaps the players get physically drained after a short career, maybe they make enough money to support themselves for life, or possibly the recent advancements in CTE (Chronic Traumatic Encephalopathy) have spurred NFL players to retire early and save some the best years of their lives for their family.

In any case, it is always inspiring to see our heroes show up on Sunday Night Football padded up and ready to rumble for years on end.

It is probably hard for the average fan to understand how much dedication goes into the players’ daily lives who stay in the NFL for longer than the average career.

Here are the oldest football players that are currently listed as active as of August 2022 (before the start of the 2022 NFL season).

Please note that any free agents who were unsigned at the time of this writing were not included on this list. 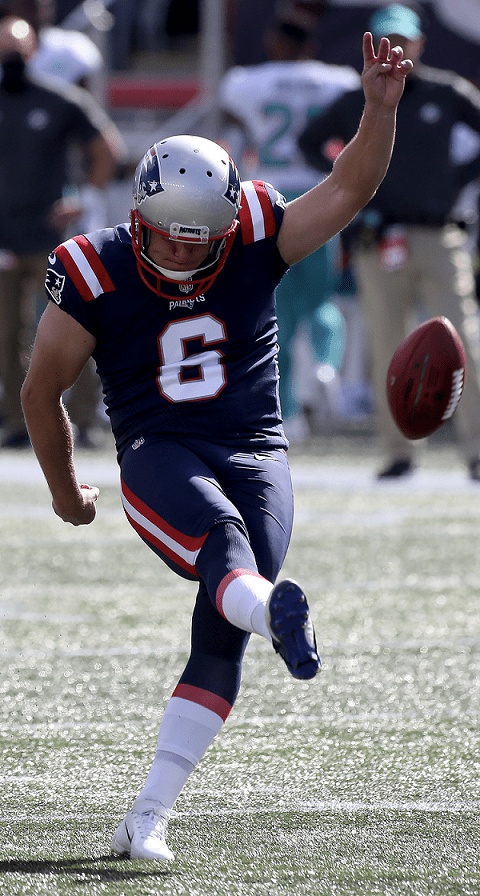 Nick Folk has been a placekicker with the New England Patriots since 2019. Although Folk was first drafted in 2007, he has had an uneven career in the NFL.

Folk was drafted by the Dallas Cowboys and stayed with the team until 2009. Then he was signed by the New York Jets and played with them until 2016.

He then briefly played for the Tampa Bay Buccaneers, but was released in early 2018. After failing to secure another NFL contract, Folk signed with the Arizona Hotshots of the Alliance of American Football in 2019.

Unfortunately, the Alliance of American Football ceased operations in April 2019, and Folk was once again out of a job.

In October 2019, Folk was signed by the New England Patriots and has remained with the team since. Folk renewed his contract for another two years in early 2022.

During his brief time in the Alliance of American Football, Nick Folk became the record holder for the longest AAF field goal at 55 yards. 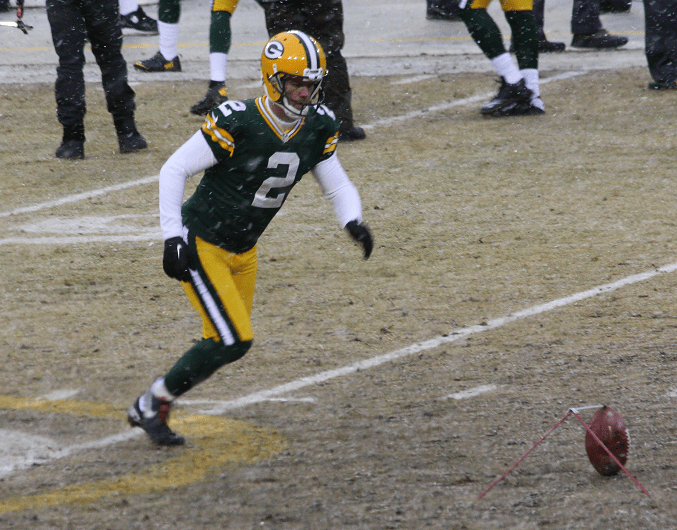 Just like Aaron Rodgers (who is also on this list), Mason Crosby is a long-time Green Bay Packer. Crosby, who is the team’s placekicker, has been with the Packers since 2007.

The Packers chose Crosby in the sixth round of the 2007 NFL Draft. Crosby was part of the Packers team that won the Super Bowl XLV championship in 2011.

Before joining the NFL, Crosby attended the University of Colorado Boulder, where he played on the Colorado Buffaloes football team from 2003 to 2006. He earned All-American honors while playing for the school.

Overall, Crosby has had a decent career so far with the Packers. He has a field goal percentage of 81.1% and almost set a record kick of 57 yards in 2017.

In 2017, during the Packers’ NFC divisional playoff win against the Dallas Cowboys, Mason Crosby became the first kicker to kicker make two 50+ yard field goals in the final two minutes of a postseason game. 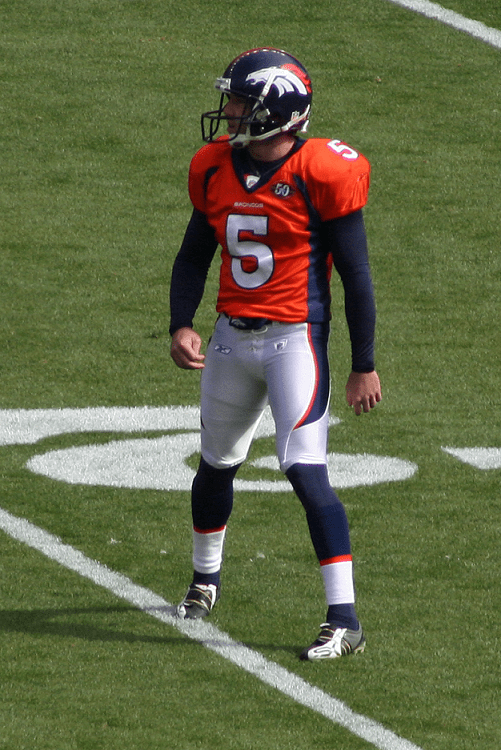 Matt Prater has been in the NFL for over 16 years and has bounced around various teams. Currently, he is the placekicker for the Arizona Cardinals.

Prater started his career when he was signed as an undrafted free agent by the Detroit Lions in 2006. After briefly playing in the preseason, Prater was released and spent the rest of the season as a free agent.

During 2007, Prater jumped from the Miami Dolphins to the Atlanta Falcons, then back to the Dolphins, and finally signed with the Denver Broncos. Prater stayed with the Broncos for the next seven years.

In March 2021, Prater signed a two-year contract with the Arizona Cardinals.

On January 3, 2021, Matt Prater set the new NFL record for most career field goals of 50-yards or more. 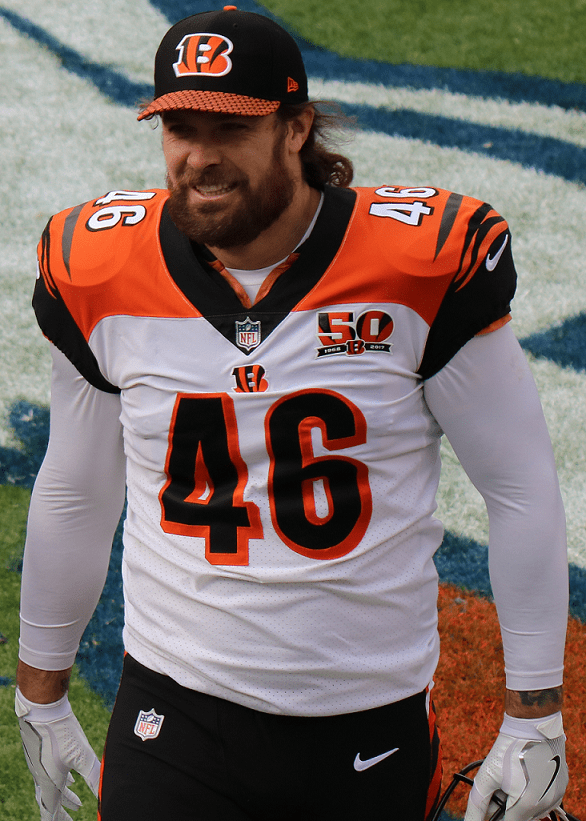 Clark Harris is currently a long snapper with the Cincinnati Bengals. Harris joined the Bengals in 2009, following brief stints with the Detroit Lions and Houston Texans.

In high school, Harris played both tight end and defensive end at Southern Regional High School in Manahawkin, New Jersey. Harris went on to play college football at Rutgers, where he did not necessarily have a distinguished career like in high school.

Harris was selected by the Green Bay Packers in the seventh round as the 243rd overall pick of the 2007 NFL Draft. He was cut by the Packers in September and was signed the following month by the Lions. He only stayed with the Lions for a year, before spending the next season with the Texans.

In March 2022, Harris signed a one-year extension with the Bengals.

In 2018, Clark Harris was named to this first Pro Bowl. 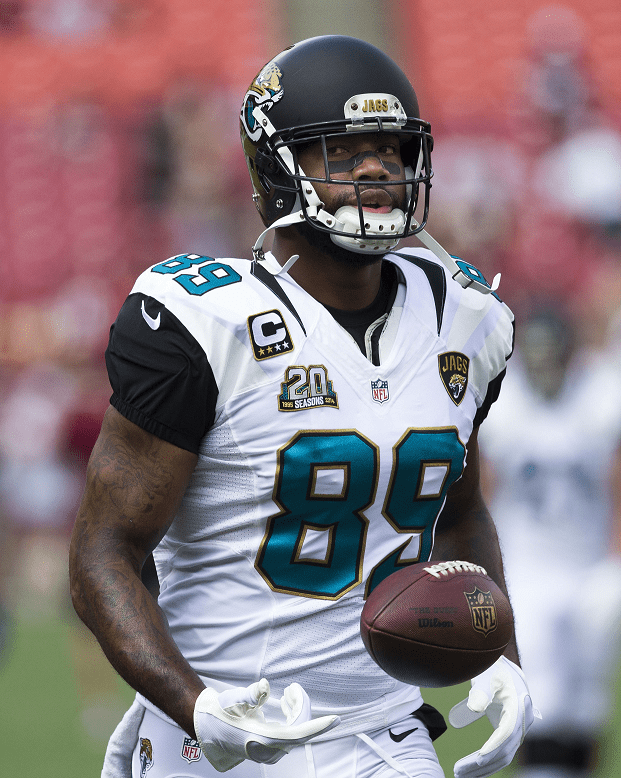 Marcedes Lewis is another NFL player who is currently in his late 30s. Lewis is a tight end for the Green Bay Packers. He first joined the team in 2018.

Born and raised in California, Lewis played football at Long Beach Polytechnic High School. He then attended UCLA and played for the UCLA Bruins football team from 2002 to 2005.

In 2006, Lewis was selected as the 28th overall pick in the first round of the 2006 NFL Draft by the Jacksonville Jaguars. Lewis remained with the Jaguars until 2017.

The Jaguars released Lewis in March 2018 and a few months later, he was picked up by the Packers.

In March 2021, the Packers re-signed Lewis for another two years.

Marcedes Lewis was recently inducted into the UCLA Athletics Hall of Fame as a member of the 2022 class. 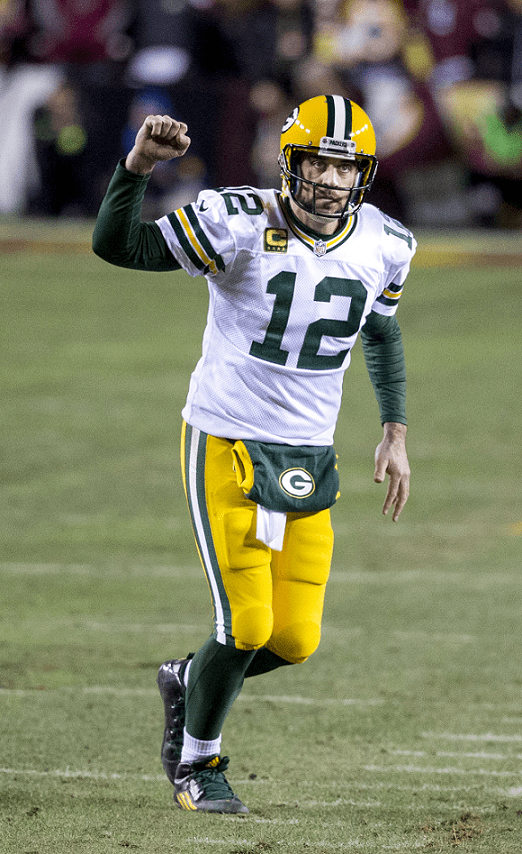 After Tom Brady, Aaron Rodgers is the second-oldest quarterback currently active in the NFL. Although Rodgers has only won one Super Bowl (Super Bowl XLV in 2011), he is considered by many to be on the most talented quarterbacks in NFL history.

Rodgers’ name has become synonymous with the Green Bay Packers as he has played with the team since the start of his pro career in 2005. While the Packers have always been a strong/popular team, throughout his career, Rodgers has helped the team maintain this greatness.

For the first three years of his career, Rodgers was the backup quarterback for the legendary Brett Favre. Following Favre’s first retirement, Rodgers was promoted to starting quarterback.

Rodgers holds many records, including having the best touchdown-to-interception ratio in NFL history at 4.83, the league’s lowest career interception percentage at 1.3 percent, and the highest single-season passer rating record of 122.5.

Since 2008, Aaron Rodgers has become famous for his signature touchdown celebration, which he and his teammates have dubbed the “Championship Belt.” After a scoring play, Rodgers celebrates by making a motion as if he is putting an invisible championship belt on around his waist. 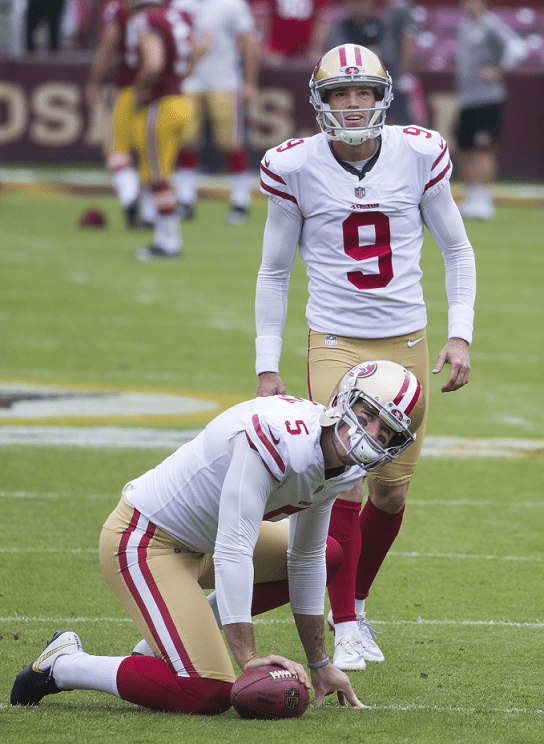 Robbie Gould is currently a placekicker with the San Francisco 49ers; he has been with the team since 2017. Before the 49ers, Gould had a brief stint with the Giants, following a decade with the Chicago Bears.

During his time with the Bears, Gould became the franchise’s all-time leading scorer.

Gould has always been active in sports and won letters in football, soccer, basketball, and track in high school.

At the start of Gould’s NFL career, he was signed by the New England Patriots during the preseason after going undrafted. He also briefly signed with the Baltimore Ravens, but was waived just a few weeks later.

Initially, it looked liked Gould wouldn’t play, but the Bears signed him in October 2005, following the Week 3 injury of their starting kicker, Doug Brien.

So far, Gould has had a solid career in the league.

After Robbie Gould kicked the game-winning 45-yard field goal during the 2021 NFC Divisional Round of the playoffs, this put Gould at a perfect 20-for-20 on field goal attempts in the playoffs for his career. 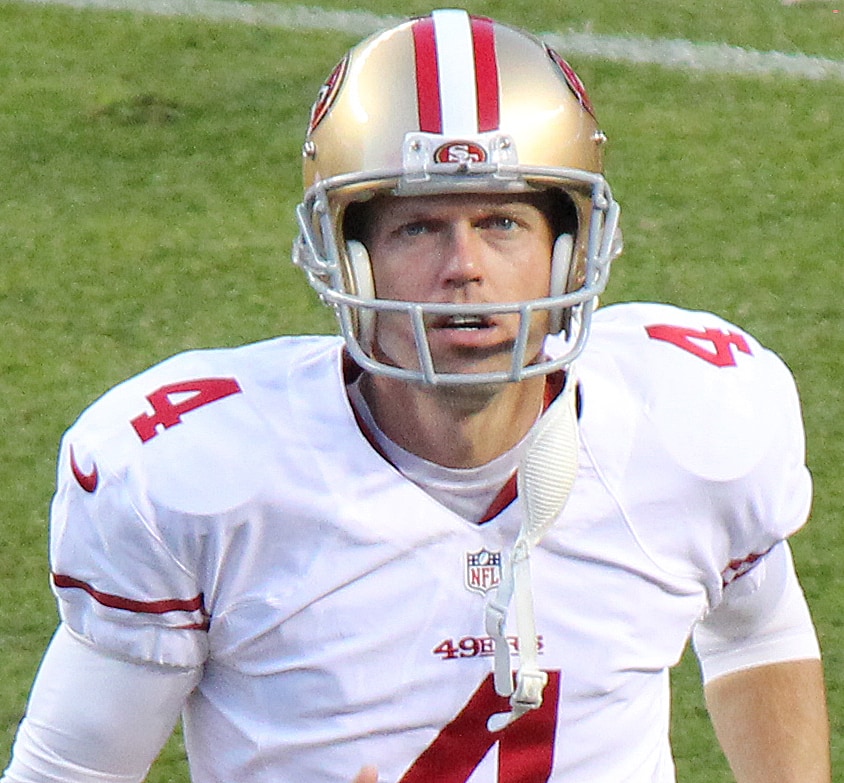 Andy Lee is a punter with the Arizona Cardinals and has been playing in the NFL for nearly 18 years. Just a few weeks shy of his 40th birthday, Lee is set to play in the 2022 NFL season.

Like all of the other players on this list, Lee played multiple sports in high school; he participated in baseball and basketball in addition to football. Lee attended the University of Pittsburgh and was the team’s starting punter for three seasons. His senior year in college, Lee was a semi-finalist for the Ray Guy Award, given to college football’s top punter.

After a solid college football career, Lee was drafted by the San Francisco 49ers in the sixth round of the 2004 NFL Draft. Lee stayed with the 49ers for a decade before going on to play with the Cleveland Browns and Carolina Panthers.

He has been with the Arizona Cardinals since 2017. 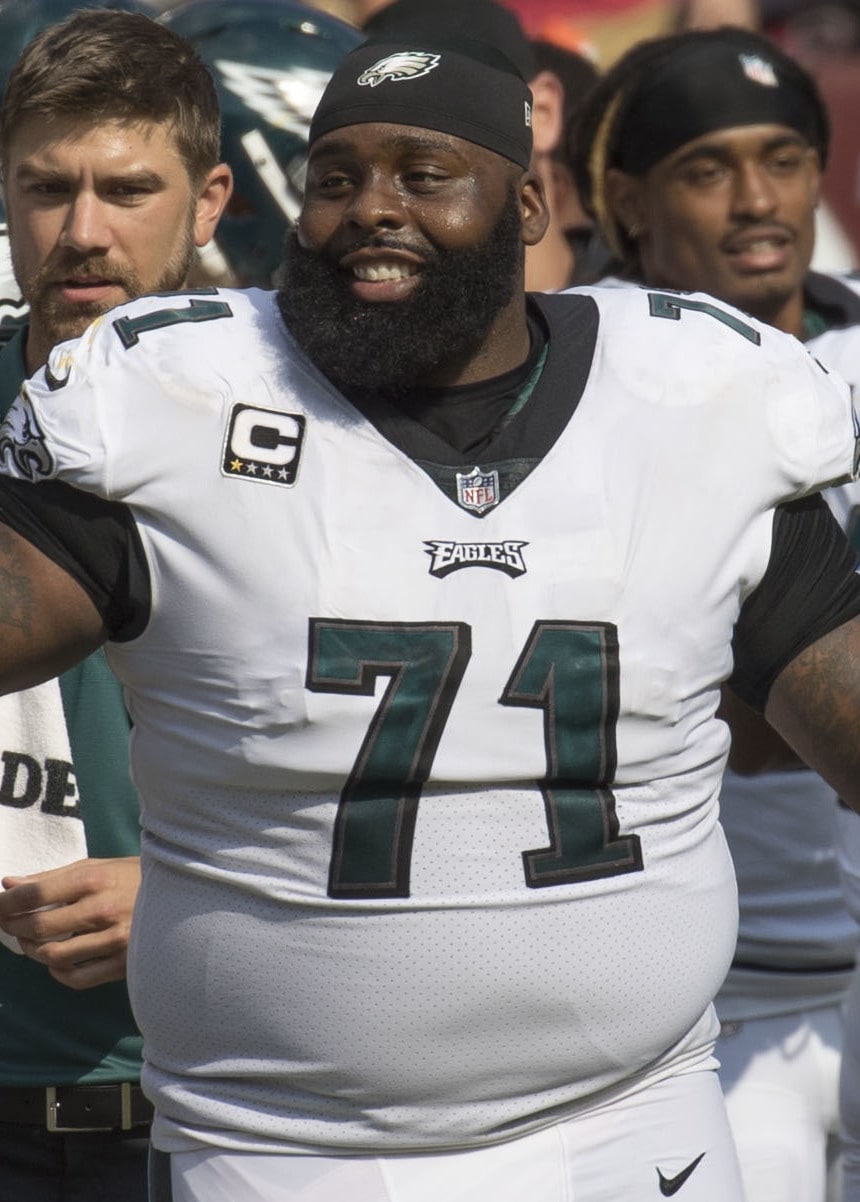 Jason Peters is currently an offensive tackle for the Chicago Bears. Peters was previously with the Philadelphia Eagles, which is where he spent most of his career.

In high school, Peters was a football and basketball star, but went on to play college football for the University of Arkansas.

Although Peters was projected to be an early fourth round pick by Sports Illustrated in 2004, he went undrafted. However, Peters was signed by the Buffalo Bills that year and Peters stayed with the Bills until 2008.

During the 2020 season, Peters was injured, thus ending his season with the Eagles. While it seemed like he might retire, Peters signed with the Bears on August 16, 2021.

Jason Peters began his career as a tight end, but was taught to play offensive tackle under the tutelage of Buffalo Bills’ offensive line coach Jim McNally. 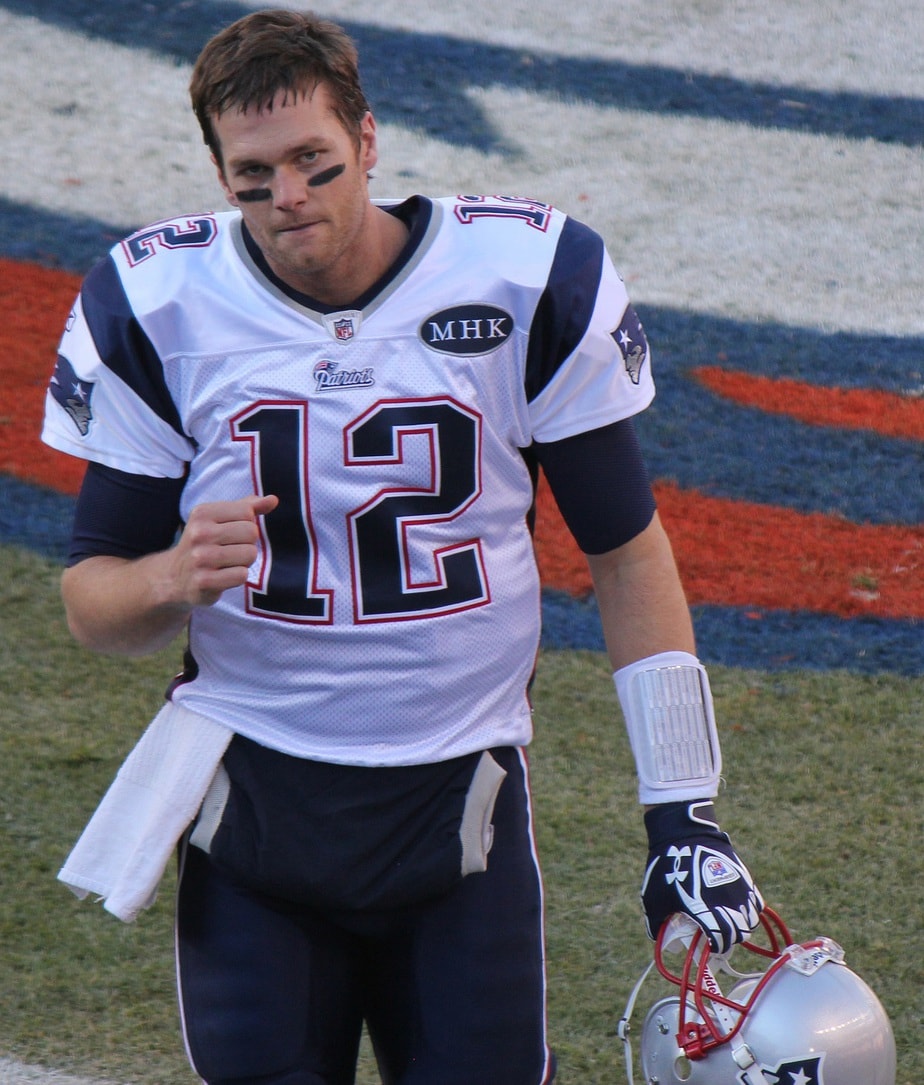 At the age of 45, Tom Brady is currently the oldest active player in the NFL and is one of the oldest quarterbacks ever.

Prior to 2020, Brady had spent almost his whole career with the New England Patriots. The Patriots drafted Brady in 2000 as the team’s backup quarterback. The following season, Brady was promoted to starting quarterback, a position he has held ever since.

In early 2020, following the 2019 NFL season, Brady announced that he was not re-signing with the New England Patriots, ending his 20-year tenure with the team.

A few days later, Brady signed a two-year contract with the Tampa Bay Buccaneers, a team with a reputation for losing. Proving that he is the greatest quarterback in NFL history, Brady led the Buccaneers to a Super Bowl victory over the Kansas City Chiefs.

After the 2021 season, Brady announced his retirement, but changed his mind over a month later. Brady will be returning with the Buccaneers for the 2022 NFL season.

In addition to holding the record for most Super Bowl wins (seven) for any player in NFL history, Tom Brady holds several age related records, including: being the only quarterback to win a Super Bowl in three separate decades, oldest player to be named Super Bowl MVP and win a Super Bowl as the starting quarterback (at the age of 43), and the oldest NFL MVP at age 40 in 2017. 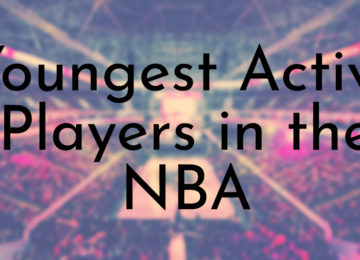 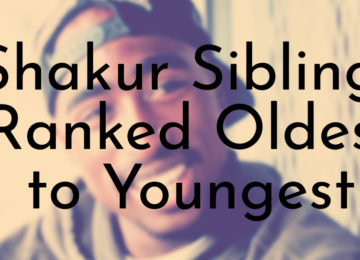